Rider Interview: Pello Bilbao raced in the WorldTour at an early age in the iconic orange of Euskaltel-Euskadi, from there he moved to the Green of Caja Rural-Seguros RGA. For 2017 the man from the Basque Country is back in the WorldTour with Astana. Luke Maguire had a training ride with Pello to hear all about it. 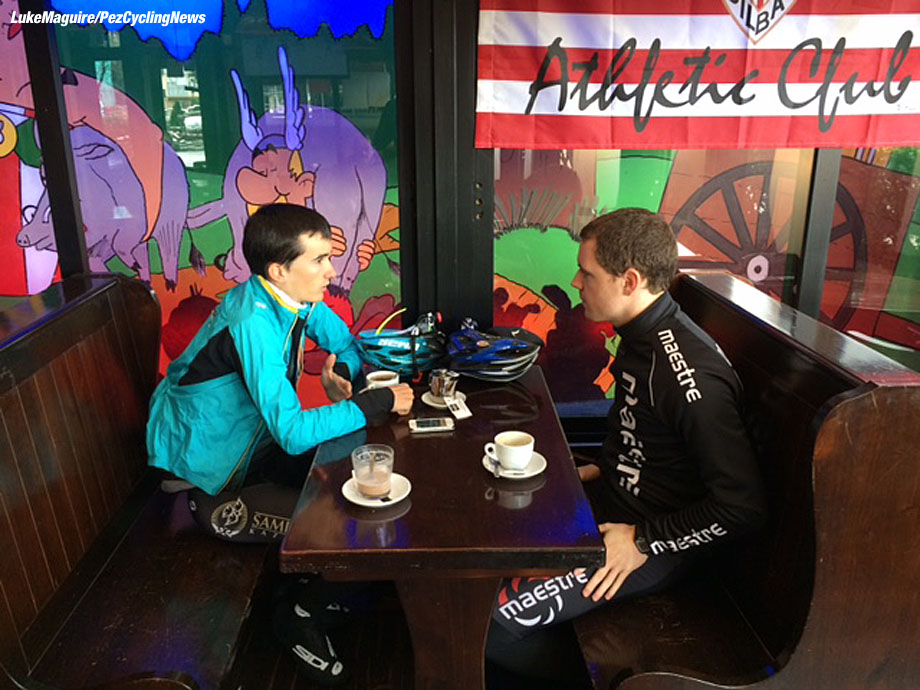 We are in Forua, a small village in the valleys of the Basque country, with a population just above nine-hundred people. It is the home-town of Pello Bilbao, a diminutive climber who has flown under the radar of most cycling fans over the last few years, yet still has four professional victories to his name.

He is shy, well-spoken and articulate. The interview is stopped several times as locals approach Bilbao for a chat or to wish him well. He speaks to them all in fluent Basque, a language typical to these small villages. He is modest and has plenty of time for everybody. Despite the glamour of Astana and the heights of the WorldTour – this guy clearly has his feet on the ground. 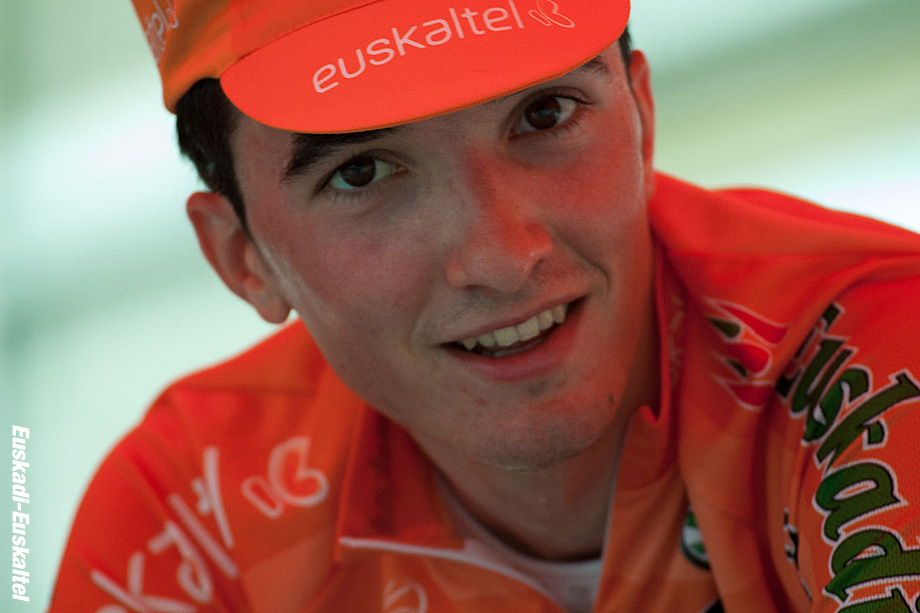 Though still relatively young at 27, Bilbao has experienced more than most pro cyclists. Offered a lengthy 4-year contract at a WorldTour team at just twenty years old, his star has steadily been on the rise. On a training spin through the hills of Viscaya he tells us about combining racing with his studies, not resting on his laurels, Africa in the off-season and his dreams of WorldTour victory.

PEZ: How was your winter training Pello?
Pello Bilbao: Pretty good, I had no major setbacks. We had plenty of training camps with the team and that extra training always helps you to start off on the right foot. In the first couple of races I felt pretty good, although there are always the guys who arrive at the early season races in better form than others. 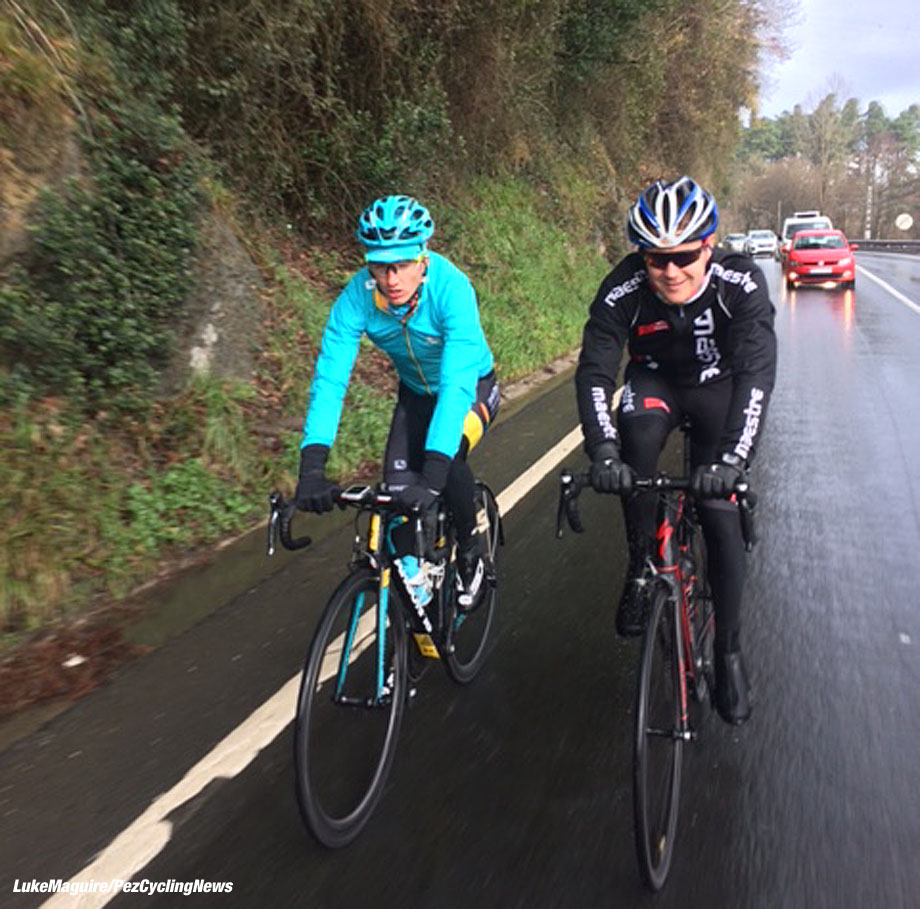 PEZ: Someone told me you went on a wild adventure once, after the racing season?
Well, it wasn’t exactly wild… A couple of years ago I went backpacking with a friend to Africa in the off-season, no bikes or anything. We were trekking around the dessert in Morocco, it was great fun. It’s nice to have a change sometimes. You can get away with that kind of thing in November, before the real training starts.

PEZ: You had the Astana team presentation in Kazakhstan, how was that?
Yeah, we were there for a couple of days. Just to do the presentation and to meet the sponsors. It had to be a short trip because it was impossible to train there. The temperatures were between -20 and -30 degrees Celsius so riding wasn’t really an option. 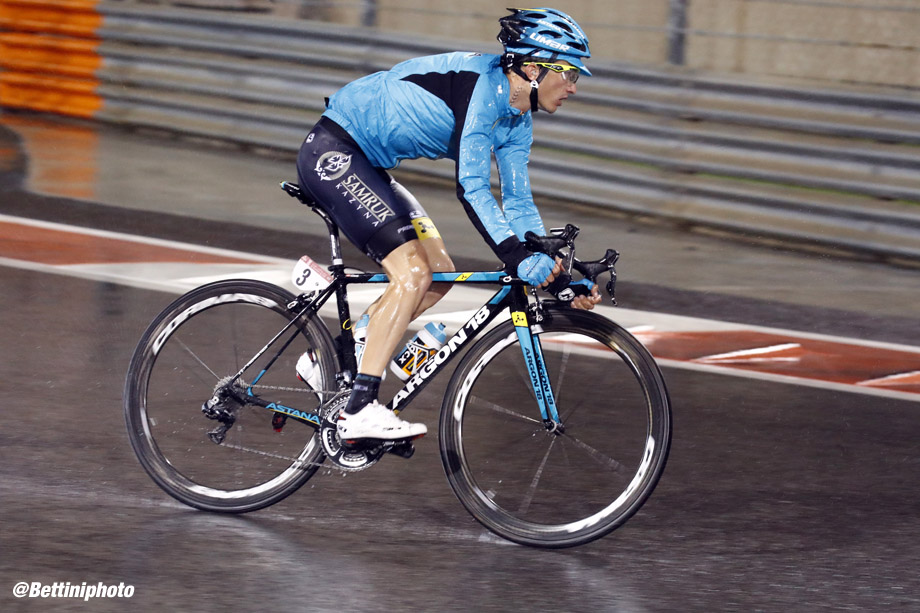 PEZ: You have always been in Spanish “family” teams… has it been a drastic change to join a bigger International team like Astana?
It has been an important change for me, that’s for sure. The mentality of a smaller team is totally different from that of a big team like Astana. In this team there are riders from nearly every continent. You have lots of different languages, different cultures, it’s quite enriching in that sense. For me the change has given me that extra motivation to work hard. Apart from the cycling side of things the whole experience has been very interesting.

PEZ: Is there differences in the way they do things in the bigger teams such as Astana?
Of course, where there is more money there are more resources. You notice that the bigger teams take care of the smaller details and work more with the riders on a personal level. Attention to those small details is the difference between winning and losing at this level and sets them apart from the smaller teams. 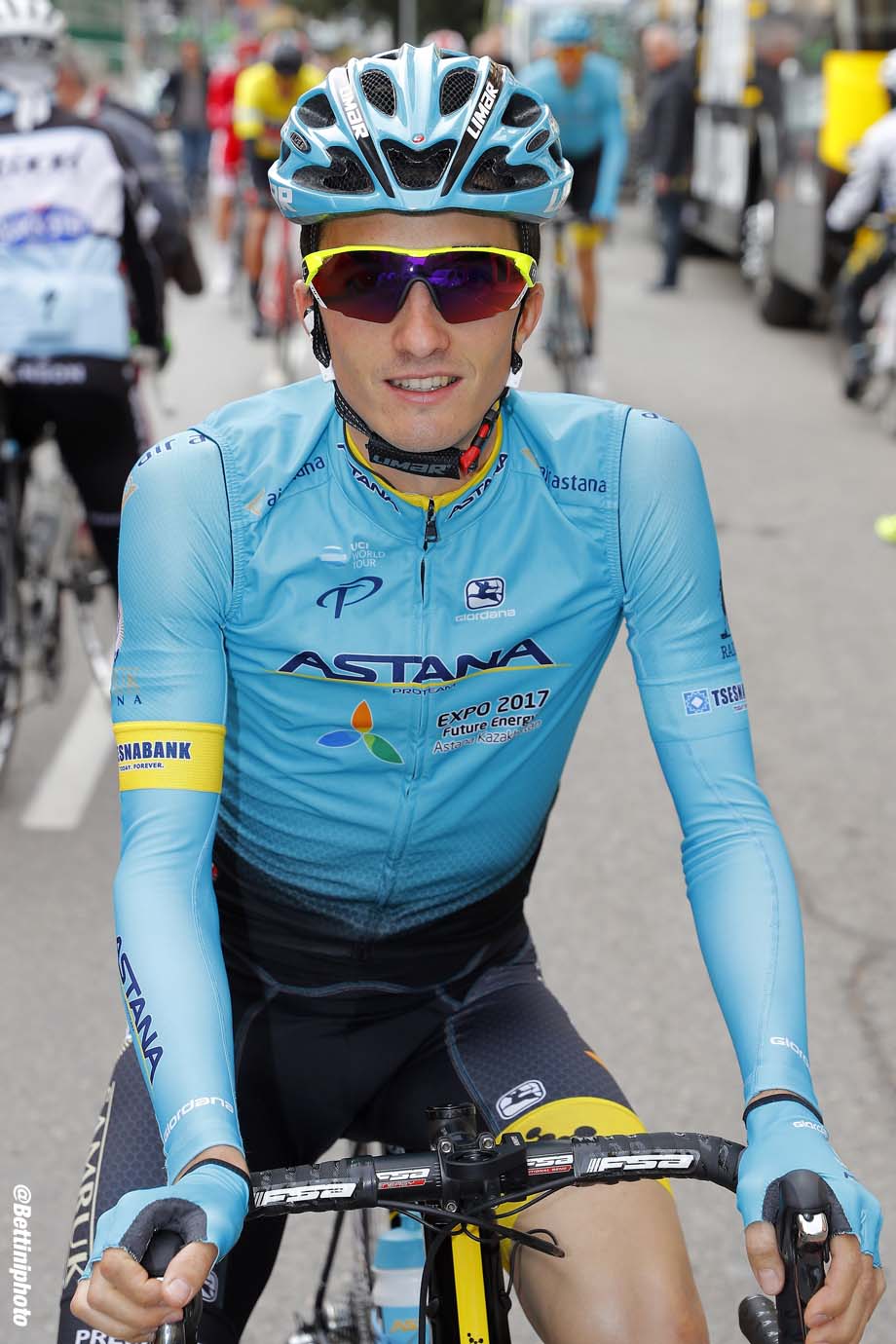 PEZ: Is there a fear of getting too comfortable by staying at the same team… was this change necessary for you?
For me personally it was time to change. By staying (at Caja Rural) I would have been risking getting stuck in the Pro-Continental level, where I didn’t necessarily want to be. Since last year I had been looking for options to jump back up to the WorldTour. That’s not to say I wasn’t comfortable at Caja Rural, because there I was given a lot of liberty to race and had plenty of opportunities for myself. Thanks to my time there I was able to get the results I needed to make the move back to the World Tour. As riders we are always aware that our sporting career is short and that we have to maximize our potential and not waste time. We are almost forced to make quick progression because we know our careers as professional cyclists will be over soon, so you have to aim to be at the top while you can.

PEZ: You say that careers are short… but you are still only 27 years old yet have been a pro for 7 seasons. You have the dream combination of youth and experience…
Yes, I’m quite lucky in that sense. I actually got the call from Euskaltel-Euskadi to turn pro with them while I was at a team presentation of the former Orbea Continental team. They rang me to say someone had got injured and that they needed another rider. The season had already started at that point. As a twenty year old to be called by a WorldTour team, I was thrilled. Not only that, but I was offered a four-year contract. Contracts of that length are unheard of nowadays. Their plan was to progress with me slowly and keep the pressure off my shoulders as much as possible as I was also still studying for a degree at college at the time.

PEZ: Contracts are typically shorter now, do you think that puts pressure on young riders too soon?
I had very little pressure. The only pressure I had come from being in such a big team and working with big name riders like Samuel Sanchez. There is more pressure to perform and in the smaller teams you definitely don’t feel that as much. 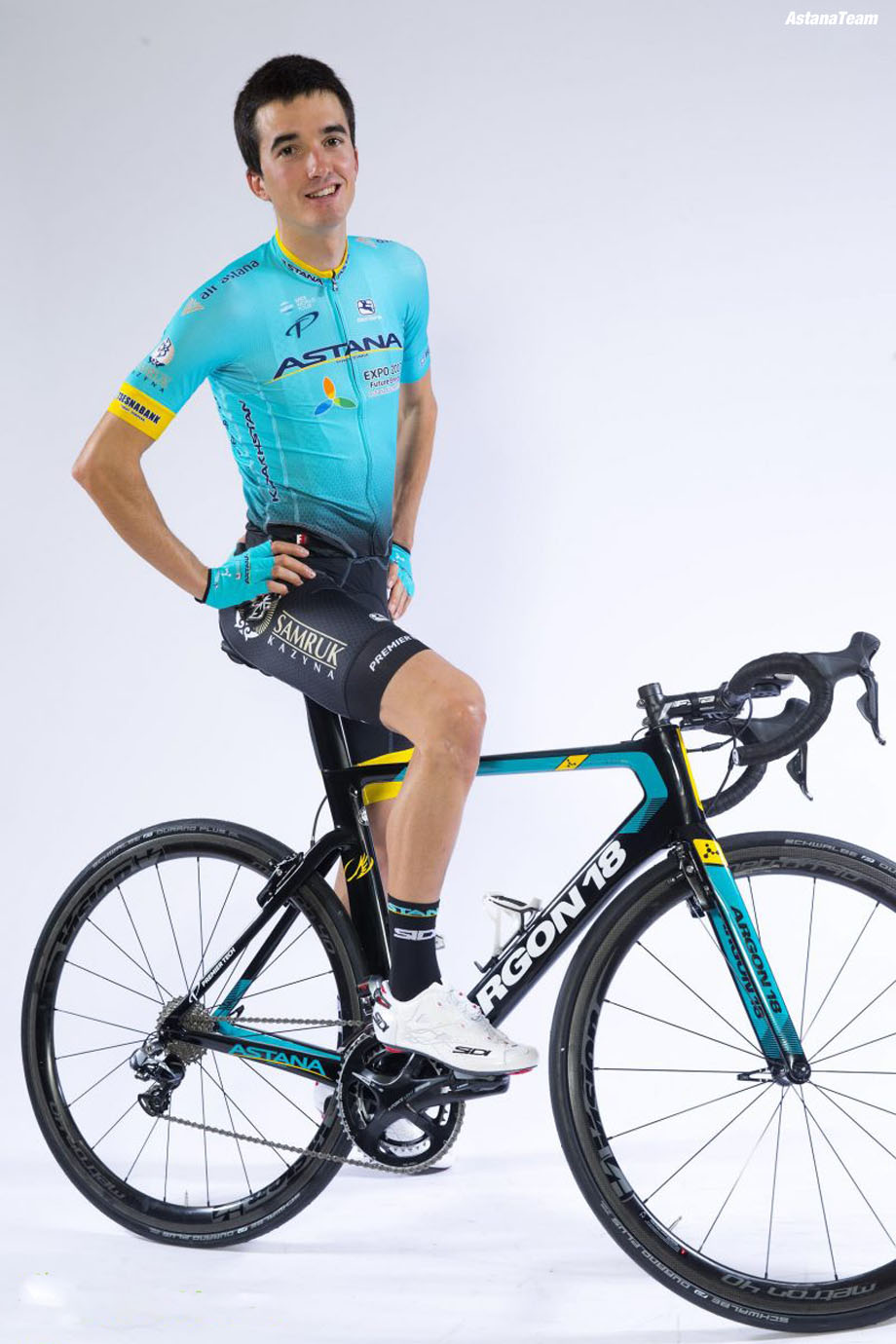 PEZ: You mentioned you combined studying in college with riding pro… how did that work?
Quite well actually. I was studying health and exercise so everything I was learning I could try and incorporate into my training. You learn how important things like rest and diet are to professional athletes and these are things that as a young rider you can often overlook.

PEZ: Was it important for you to have a college degree to fall back on?
I think it’s definitely an advantage to have it. It wasn’t always easy, especially with exams etc. If you are 100% committed to cycling it’s hard to come back from five hours training and then go studying for another couple of hours. I saw studying as a good opportunity for me and it was something my family encouraged me to do. They made me realize how important it was for my future, because as a young guy you don’t really think of it that way. Hopefully having this qualification will help me continue to stay in this sport after my career as a rider is over.

PEZ: How is your race program looking for the rest of 2017?
It will change a bit compared previous years, but in a positive way. A lot of my focus will be based on Spanish races such as the Tour of the Basque Country and the Tour of Catalunya. I am on the reserve list to ride the Giro d’Italia also, so I will have that in the back of my mind. And I will also be having a crack at the Ardennes Classics. Unfortunately I am going to miss out on a lot of smaller races that are held here in the Basque Country and that’s going to be tough. 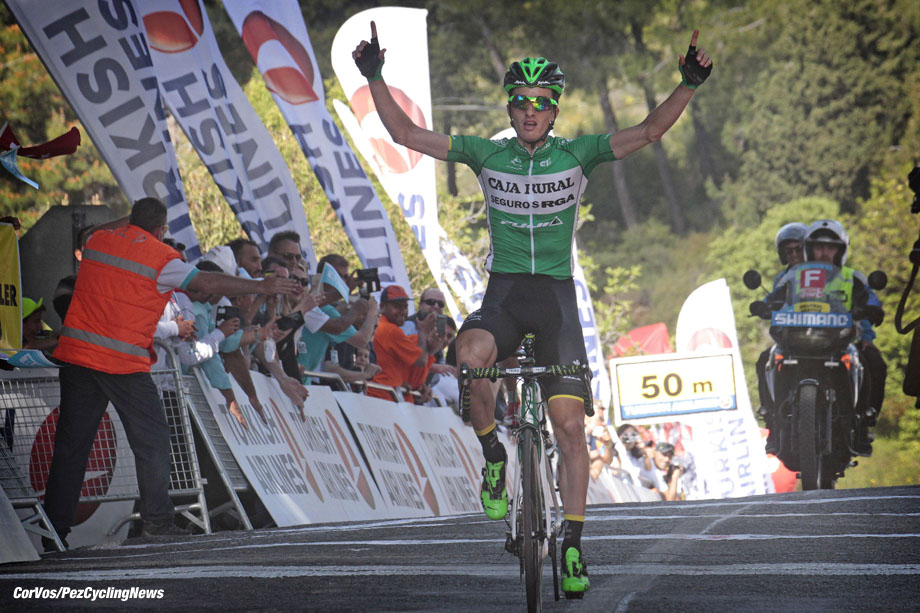 PEZ: You were one of the leaders at Caja Rural, will you be serving more of a team role at Astana?
In the big races I will be helping our leaders. But I have no doubt that there will be plenty of opportunities for myself throughout the season.

PEZ: Is there any race in particular that you feel you can do well in?
The Tour of the Basque Country is always a special race for me because it’s where I’m from and I know all the roads. I also love racing the Ardennes Classics. They are very exciting and it’s good terrain for me.

PEZ: What do you want from cycling?
The way of life for a cyclist is very fulfilling and that is something I want to hold onto as long as possible. Over and above results and trophies, I started this sport as a fan of cycling and was lucky enough to be able to make it my job. My goal is to stay competitive, improve myself physically little by little. Aside from the bike, this lifestyle allows you to meet people from all walks of life, to see many new countries and places, make strong friendships. That’s what makes this job special for me. Cycling is definitely not an obsession for me though, I like to be relaxed about things and enjoy my riding. 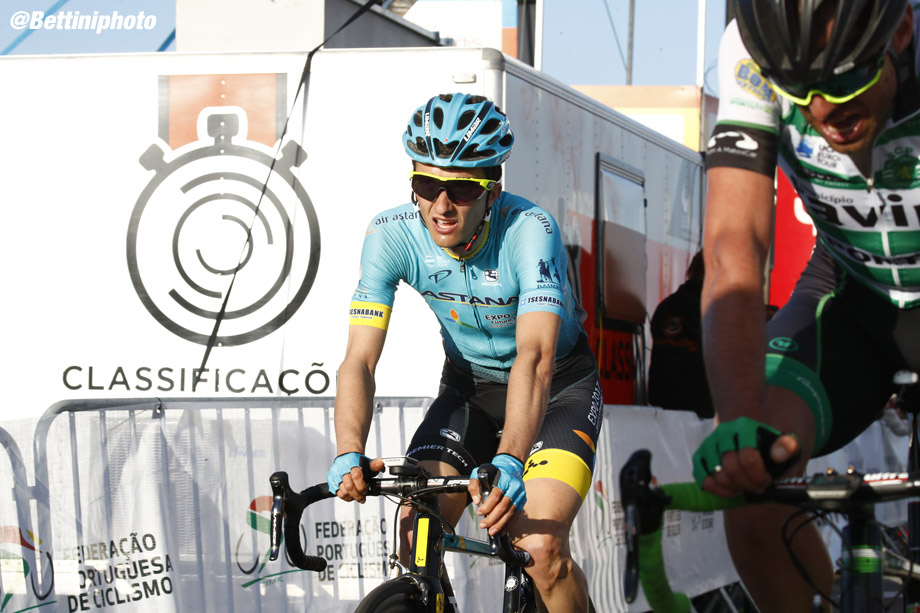 PEZ: Without pressure…
Definitely, without pressure you will always enjoy it more. I have no reason to put pressure on myself. I keep working as I always do and hopefully improving. I have yet to get a World Tour victory, that is something I want to change this year. That would be a big boost for my confidence.

PEZ: You came close to stage wins in the Vuelta España last year…
La Vuelta is a race I always prepare well for and have been close to a win there a few times. In 2016 it passed through my homeland in the Basque Country so it makes it that bit more important, that bit more special. You feel the heat of the public a lot more. Last year, the stage 12 finish of that race was in Bilbao and very close to my house so I had it marked from day one. If that stage would have been in the last week I think I could have done something more (he finished 6th on the stage). I’m a pretty consistent cyclist, my form doesn’t fluctuate as much as other riders. But when you have the support of your home people it gives you that extra motivation boost. 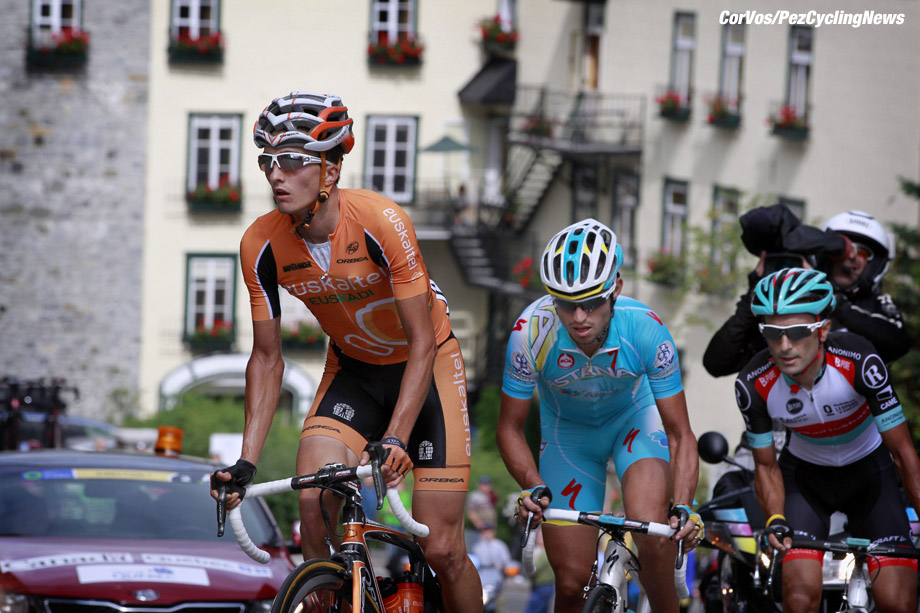 PEZ: Has that support changed much since the days of Euskaltel-Euskadi?
Maybe a little bit. But I think the people that were passionate fans in the past continue that passion today. The main thing that has changed is that the reference has become more dispersed. Instead of supporting just one team people are supporting the Basque riders who are racing on different teams. Maybe we are missing the big crowds of fans in orange that crowded the Pyrenees in the past a little, but those days will come back soon in the future no doubt. There are hopes and murmurs of a new big project for Basque cycling soon, let’s see what happens.

PEZ: Is that project something you would like to be part of?
Yes, of course, I would love to have the opportunity to ride for a team like that. It is the dream of every Basque rider. 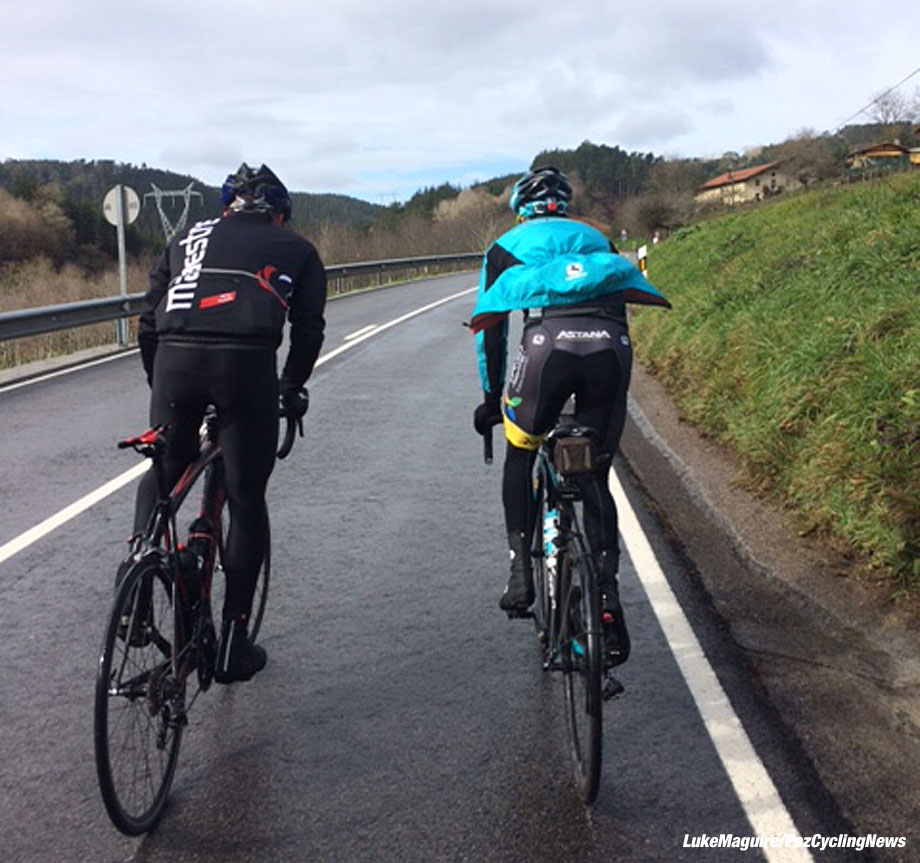