Rider Interview: Rein Taaramäe is the first of three exclusive Astana team rider interviews. For the 2015 season Estonian rider Rein Taaramäe has left his first pro team; Cofidis after nearly eight years to join Astana. We caught up with him at the team training camp in Spain.

Seven full years plus half a season as a stagiere with one team is nearly unheard of in modern cycling, but Rein Taaramäe has moved on to Astana for the 2015 season. He’s joining the team with the Astana WorldTour debacle behind him and is ready to please the team. He was more than happy to tell us all about Cofidis, Estonia and his future plans with Astana.

PEZ: You have ridden for Cofidis for your whole career, is it a shock to your system to come to Astana?
Until now, no not really. Cofidis raced almost the same races, so they needed to do the same things because otherwise it’s not possible. They make plans for all the races and here (the training camp) and the new bike. The biggest change is that I have noticed here are all the nationalities. It’s different. But the big difference will be in the races; there will be different tactics. In Cofidis there are good riders also, but the tactics are limited. There is always the one option to go in breakaway, but here (at Astana) you can do that, but there are many options in this team. Cofidis were a good team, but very different also. 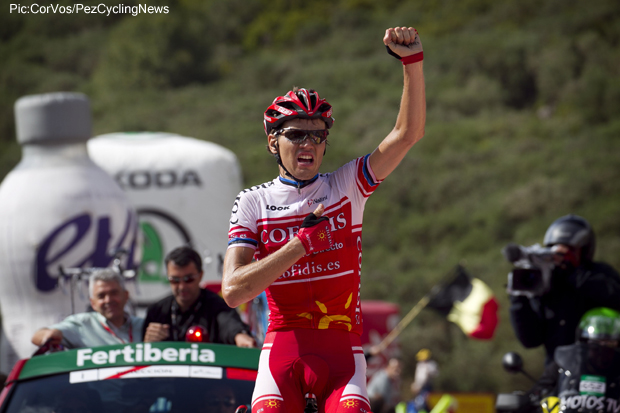 PEZ: With Cofidis you rode all the French races, with Astana you will be all over the World.
I hope that I go everywhere, yes. For example I have never raced in the United States, never raced in Italy, never. So I have a lot of experience in seven years, in the life of cycling I have not been cheated, but Milan-Sanremo, Tirreno, Giro I have never done. Not even some small races. One year they did the Giro and more races in Italy, but I had a different program. They won a stage in 2010, the last time Cofidis were in Italy. They also were there in 2009 and 8, but I didn’t do those races.

PEZ: Maybe you were too young, but the Cofidis team was really big at one time with riders like Frank Vandenbroucke and David Millar.
I was in the same team with (Sylvain) Chavanel, I started with him and he won a stage in the tour (2008 stage 19). Nick Nuyens also, but I was too young, I did twenty race with the UCI team, a mixed nationality team. I was already a professional; in that year I rode half the season with Cofidis and half with the UCI team. I rode the Tour de l’Avenir and other Nations Cups. I was 20.

PEZ: Remember Jan Ullrich was 23 when he won the Tour.
He was a phenomenon, for sure. I remember when Peter Sagan rode Paris-Nice, he was 19 and won two stages (2010, stages 3 & 5 and the points jersey). I believe when people say, and it’s my impression, that he is the biggest talent in cycling.

PEZ: How big is cycling in Estonia?
We have a lot of cycle-sportifs (Gran Fondo riders), it’s very impressive. Every week there are some races and always there are five or six hundred who start. Once a year there is a big, big cyclo-sportif race and it has five thousand people, the population of Estonia is only 1.2 million. People like to do sport and cycling.

But like everywhere money is the problem. I have a club in Estonia for the young riders, for the starters, the young riders. I give them money and we have some sponsors, but it’s never easy, it’s been going for three years and we already have two guys riding in France who come from my team. Now the U23 team is in Faro, training with Jaan Kirsipuu, the ex-professional, and Rene Madri, it’s the first year that they all go together to a training camp and they have another camp in January. So they are trying to do the same as my foundation. 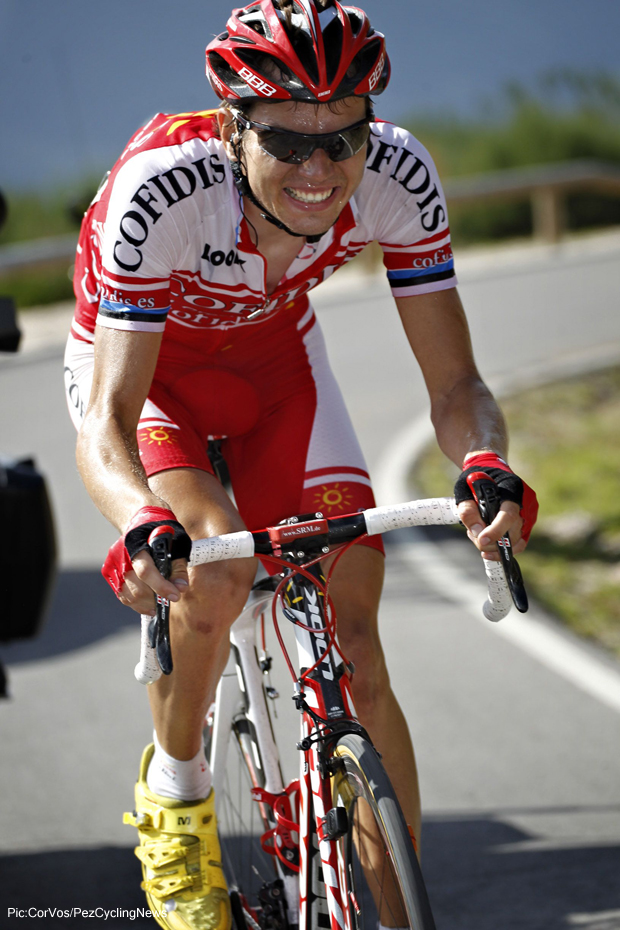 On the way to Vuelta victory

PEZ: Are there races for the young guys, the amateurs?
Yeah, it’s no problem. You can race every week, the season starts in April because it’s too cold before that. The problem is after, almost every country has a professional team, but in Estonia we don’t have any and the problem is the money. We do have a good coach system, they find teams in France and France has a lot of professional teams and if you are good you can get a contract. In Estonia there are only club teams, it’s a good system, but the money for a professional team is hard to find. With 1.2 million people, the life is not of a high quality, the salaries are not high yet, and we need some time. 10 years ago in Norway they didn’t have any teams (professional) and now I think they have two or three teams.

The first rider to go to France from Estonia was in ’91 or ’92, Jaan Kirsipuu, he went first with some other guys and they lived with the teams and then others came and now its like a tradition. We have some new good guys, but at the moment they seem to be sprinters in the next generation.

PEZ: How did you start cycling?
Because I was lucky! In my town of 2,500 people, we have a big cyclo-sportif, but I didn’t have a bike, I was only eleven. I went to see what was going on and my friend knew the director and he spoke with him to see if we could come in the car. When we were sitting in the car the director said: “Tomorrow, come and I give you a bike,” and of course I went. Two weeks later I raced on this old bike in a duathlon, run-bike-run and I loved it immediately.

PEZ: Do you live in Estonia?
I have a residence there, but most of the time I stay south, in Monaco. If I can go to Estonia, I go. After hard training I go there to rest. My family are still there.

PEZ: After your career would you go back to live in Estonia?
At the moment I think so, your never sure, but I think so. I love my country.

PEZ: When you won the Vuelta a España stage, was that big news in Estonia? Was it headline news in the papers?
I don’t know I wasn’t there. It was on TV for sure. That was my big year.

PEZ: Do they cover the Tour on Estonian TV?
No, but its starting next year, the Tour de France on National TV every day. 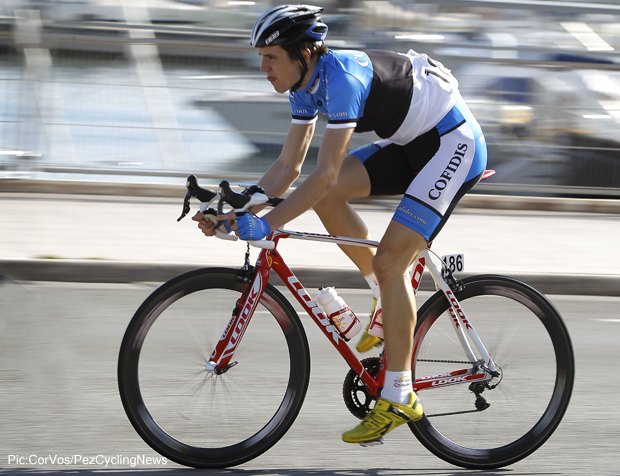 PEZ: Do you know what your job will be at Astana?
To ride! For sure I know. I know that if I’m with the leaders I have to work for them and that is my target, not some other races.

PEZ: Do you know your calendar yet?
I only know my first two races, Algarve and Paris-Nice, I’m sure they know already, but I need to ask, at the moment I’m just too lazy and not asking yet, I don’t want to stress about it.

PEZ: What would you like to ride, if you had a choice?
I don’t care, I just want to race.

PEZ: At 27 years-old you are probably at your best age for cycling, so what do you want from this year?
I hope so; it’s only the start now. Of course I want to do everything for the team, I want them to be happy with me, but also I dream of taking some victories. I’m on a one-year contract.

PEZ: Will you ride a three-week Grand Tour? Giro, Tour or Vuelta?
Yeah, of course. I like the Vuelta very much, but I have never done the Giro before, so Giro or Vuelta interest me more. I’ve done the Tour five times, if I need to go, I go. 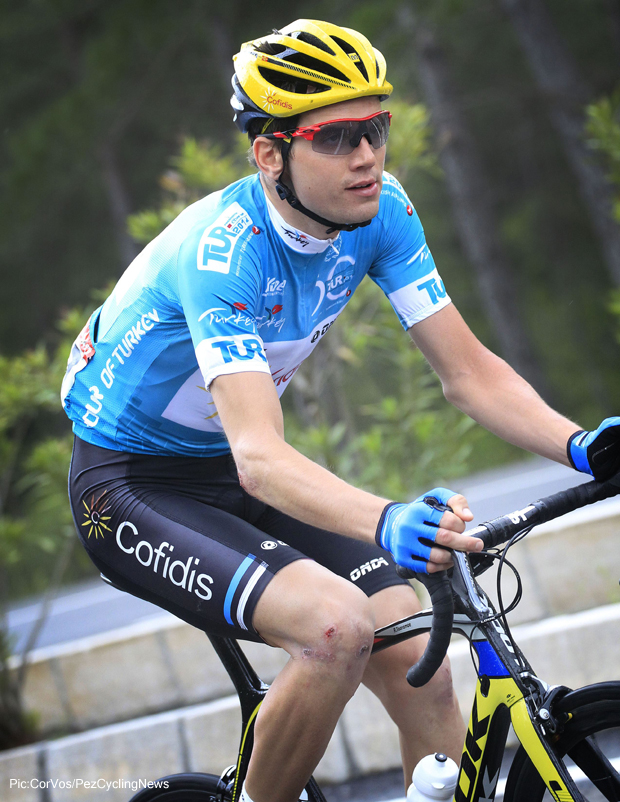 The Tour of Turkey was quite a success