“A week is a long time in politics,” as former British prime minister, Harold Macmillan once said. And “a year is a long, long time in cycling,” just ask recently crowned Australian criterium champion, Bernie Sulzberger.

PEZ: Bernie, when we spoke to you last January, you were unemployed: now you’re on a good team with the Aussie crit champ’s jersey on your back!
Bernie: Yeah, it’s definitely swung around – things are the total opposite from last year.

PEZ: You signed for a Malaysian team after we spoke to you?
Bernie: That’s right, it was OK; we rode the Tours of Langkawi and East Java, but their programme phased out, half way through the season and I got a ride with Virgin Blue, which is a US/Aussie team. 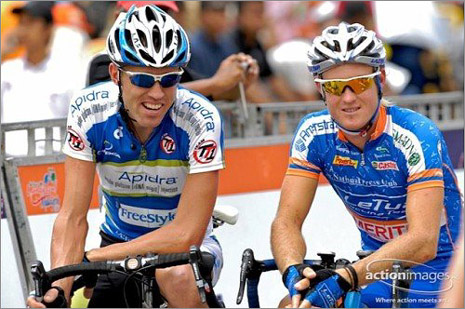 PEZ: How was 2008 for results?
Bernie: I had a couple of seconds in the US and some other decent results – I was third in one of the SuperWeek series and sixth overall. When I came back to Oz, I won the Tour of Gippsland. I did all the National level events with Virgin Blue and was second in the Skoda Cup, which is a national series.

PEZ: You were “away all day” in the crit champs?
Bernie: That was the plan; there were some quick guys there that you didn’t want to be with at the finish – Graham Brown, Baden Cooke, Mark Renshaw, for instance. We went from 20 laps to go; it was hard out there but the guy I was away with, Peter McDonald was really strong and we worked well together.

PEZ: What difference does a national champion’s jersey on your back make?
Bernie: It gives you more confidence – take the Jayco Bay Crits, I won one and was third in the series and that was with Brownie (Rabobank’s Graham Brown) and Robbie (McEwen of Katyusha) in there. 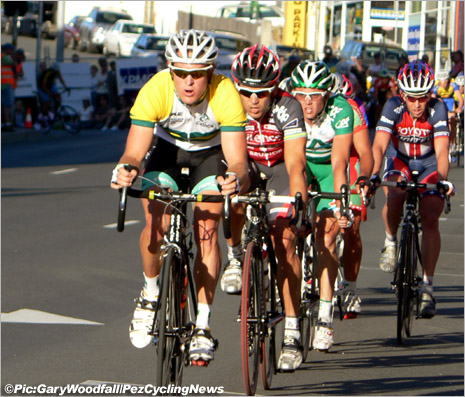 PEZ: You were 14th in the Aussie road race champs, were you happy with that?
Bernie: Yeah; the plan was to go early and 12 of us went after two laps; but guys just kept getting shelled ’til it was just me and Trent Lowe left – we got caught with three to go. I was pleased because Trent’s a big talent and he went straight out the back when we were caught but I managed to hang in there.

PEZ: Peter McDonald – a surprise winner?
Bernie: It was no surprise to me, he was the guy I was away with in the crit champs – he’s very strong and can climb with the best. I rode a tour against him in Victoria and on the long climbs he was just riding away from everyone. 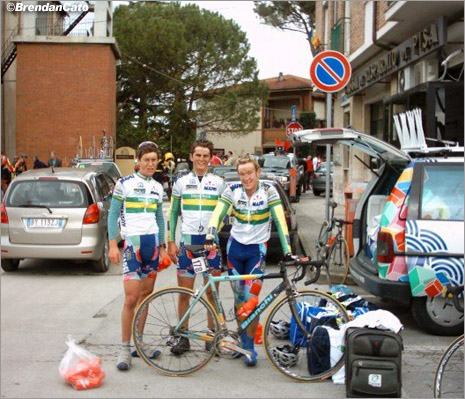 Bernie is no newcomer to the scene – he’s been at it at a high level for a long while now.

PEZ: There were a heck of a lot of DNFs in the championship.
Bernie; Oh yeah! It’s a very tough circuit; it goes up or down, there’s very little flat – no opportunity to rest or recover.

PEZ: Columbia didn’t get it quite right, did they?
Bernie: Well, they had two guys up there (Michael Rogers & Adam Hansen) but Pete managed to get the better of both of them – not their best team effort! 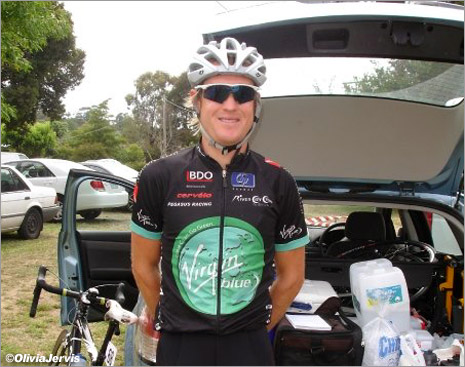 PEZ: What’s your programme, now?
Bernie: I’m off to the US shortly, which I’m really looking forward to; we’ll get confirmation this week if we’re riding the Tour of California. We’re not riding the Tour Down Under, that’s for Pro Tour and National teams – I’d have had to finish a bit higher in the road race champs to get a ride there. I’ll be in the US for six months.

PEZ: Do you miss European racing?
Bernie: Yeah, I do but I enjoy the criterium racing in the US – I’ve adjusted to them. I’ve been speaking to guys about the US scene and they’ve told me that it’s not just crits – there are some hard road races on the calendar too. 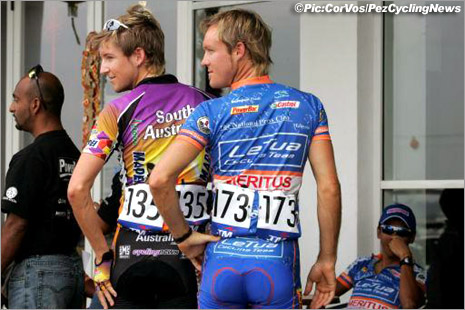 The Sulzberger brothers: Bernie and Wesley – you’ll be hearing a lot from them in the days, months, and years to come.

PEZ: The Tour Down Under is going to be big, this year.
Bernie: Massive! There’ll be hundreds of thousands out to see Lance. My tip for the overall would be Mick Rogers, he’s going very well, and so is Adam Hansen. 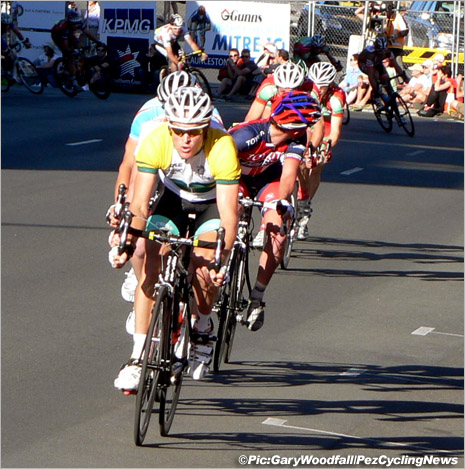 PEZ: What would you like to say about 2009?
Bernie: I’m lookin’ forward to it – a new chapter in my career!

***
With thanks to Bernie and best wishes for the new chapter.