Ex-Rider Interview: Eddie Salas isn’t the first name that comes to mind when thinking of the Australian road stars of the 80s and 90s, but Salas was a double National champion, Olympian, Worlds and Giro d’Italia rider, with a fine palmarès. Ed Hood found out more. 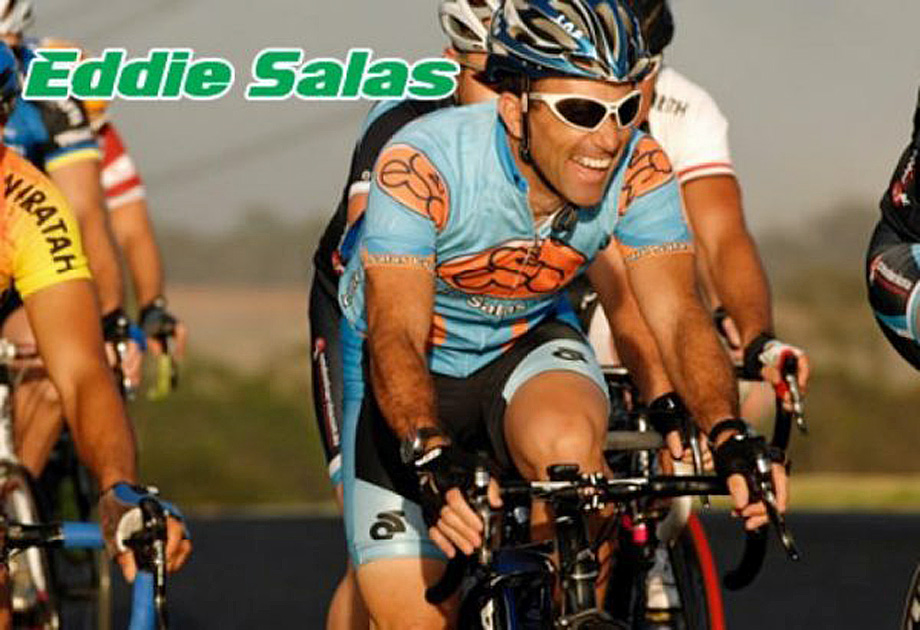 Aussies on the start list for the 1991 Giro d’Italia? Scott Sunderland [TVM-Sanyo], Stephen Hodge [ONCE-Look-Mavic] and. . . Eddie Salas [Amore e Vita]. Who? Multiple Australian Champion, Giro and Professional Worlds finisher and author of some nice results in la Bella Italia, that’s who. A man worth a chat with? We thought so. . .

PEZ: Your dad was from Montevideo and raced for his national squad but then emigrated to Australia, Eddie?
Eddie Salas: Yes, I was born in Montevideo, Uruguay where my dad used to race and also coached riders. He represented Uruguay in the Pan American Games. He wanted to give our family a better way of life so in 1970 we immigrated to Australia when I was four years-old. 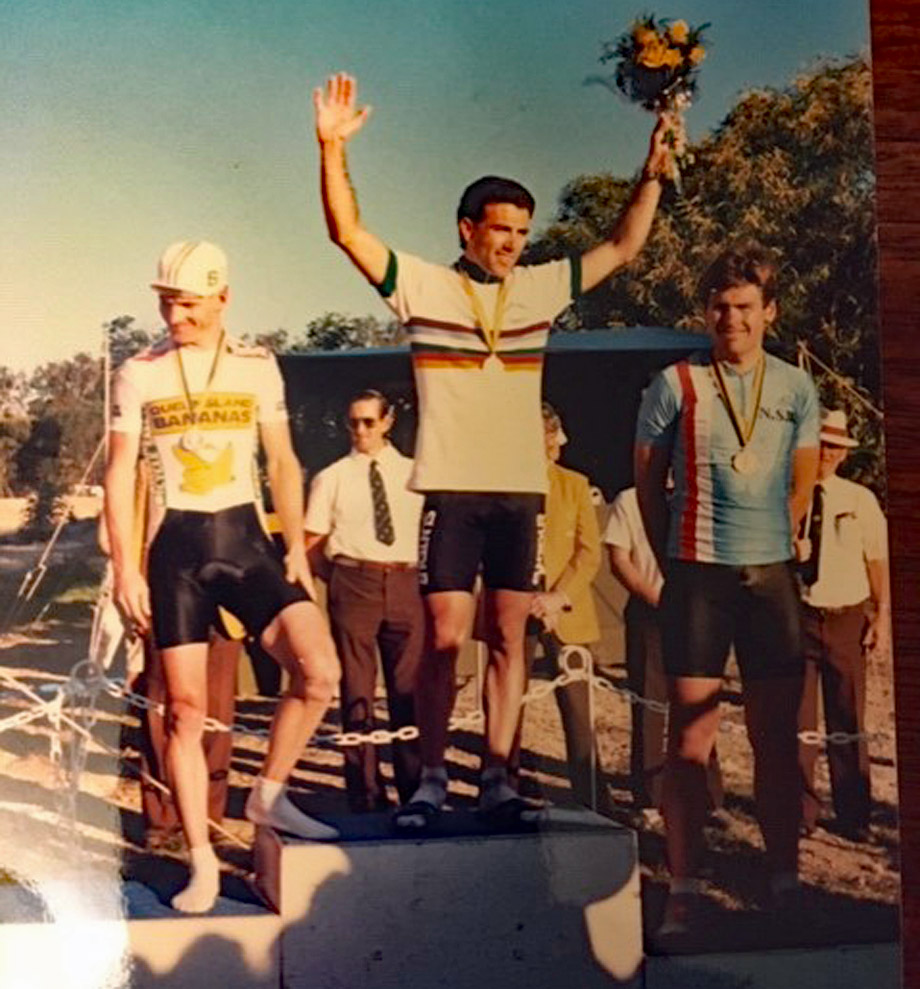 PEZ: 1984: Australian National Amateur Road Champion – was that your ‘breakthrough?’
Yes, 1984 was one of my best years, after going to the junior Worlds in New Zealand the previous year, riding both the track and road events I wanted to concentrate on the road. After winning the national title and with the help of my father and Mr Alex Fulcher I was lucky enough to race in America and Italy the following year. I managed to get some good results and returned in 1986 to race for a few months in an Italian team. 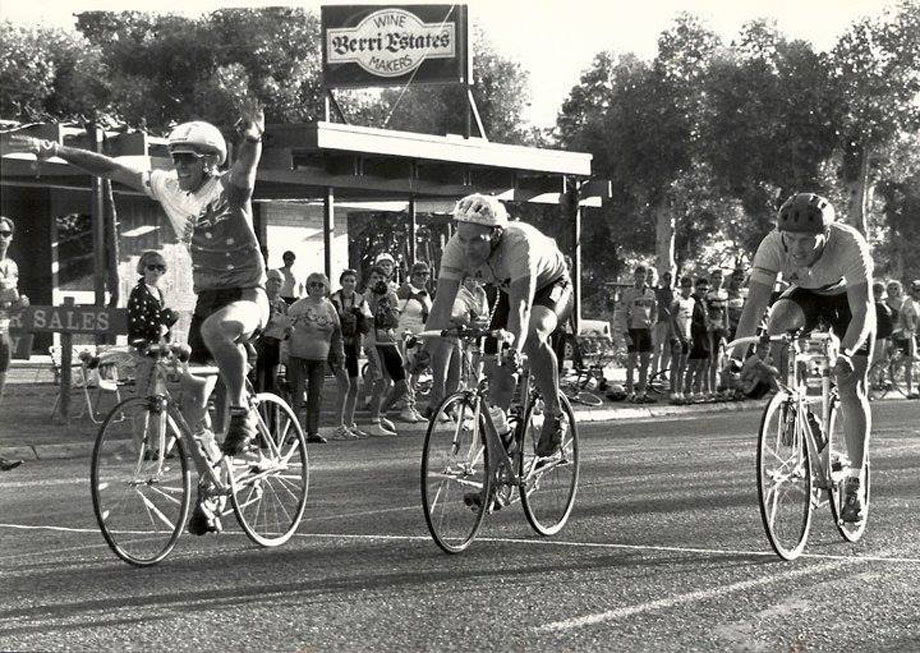 PEZ: 1986: second in La Torre, Italy to former World Junior Champion, Roberto Ciampi.
In 1986 we had a good team and achieved some top 10 placing’s with that race in La Torre being one of them, I had a great lead out from my Polish team mate but Roberto was too strong and came over the top of me in the last 10 metres. Being from a Spanish speaking back ground I learned Italian very quickly as they are very similar languages. I made a lot of friends which saw me return to the Tuscany region in 1987 and 1988 with another Italian team and then with the Australian national team. 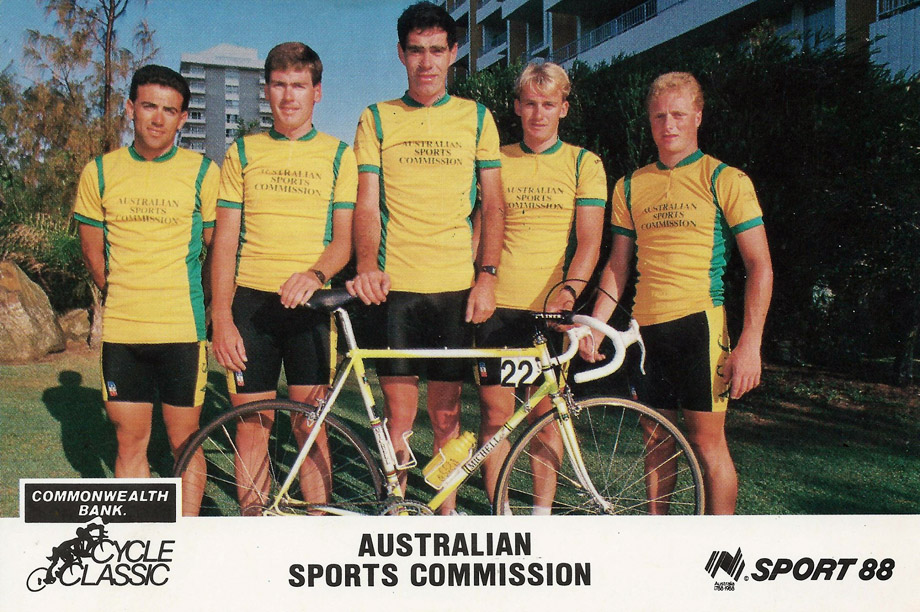 PEZ: 1987: 9th in the GP Liberazione and 2nd in the GP Jurassia – nice results.
1987 I rode for the Magniflex amateur team and a lot of the races were at international level; the Liberazione was one of my favourite races, taking place around Rome with the Colosseum on the parcours, there were over 300 starters, the course really suited me; I had some good results that year with one win as well. 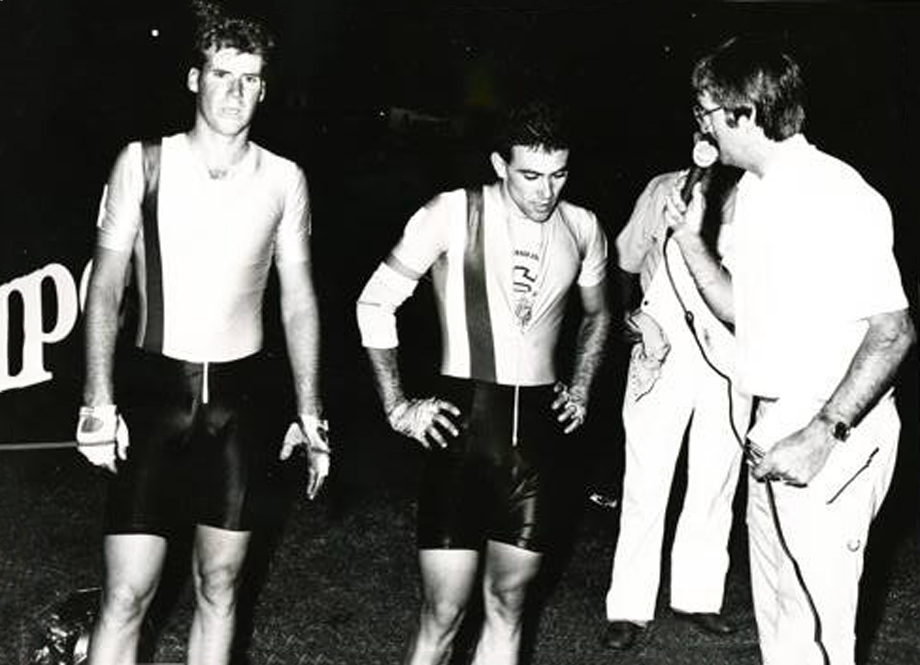 PEZ: 1988: Aussie Champion for the second time and sixth in the Olympics – not a bad year?
Season 1988 was by far one of my best years. After a good season in 1987, finishing second overall in the Commonwealth Bank and riding in Alex Fulcher’s Caravans Cabramatta team I managed to make the national squad for the Seoul Olympics. We spent most of that year racing overseas in under the guidance of national coach Shane Bannon and Mechanic Jock Bullen, we rode a lot of races and trained hard. We were able to get some great results as a team, we rode many a kilometre that year in racing and training and it all paid off with some great results both in the Olympic road race where I was sixth; and in the 100 kilometre team time trial where Scott Steward, Steve Fairless, Bruce Keech and Clayton Stevenson finished ninth, which was a terrific result for Australia. 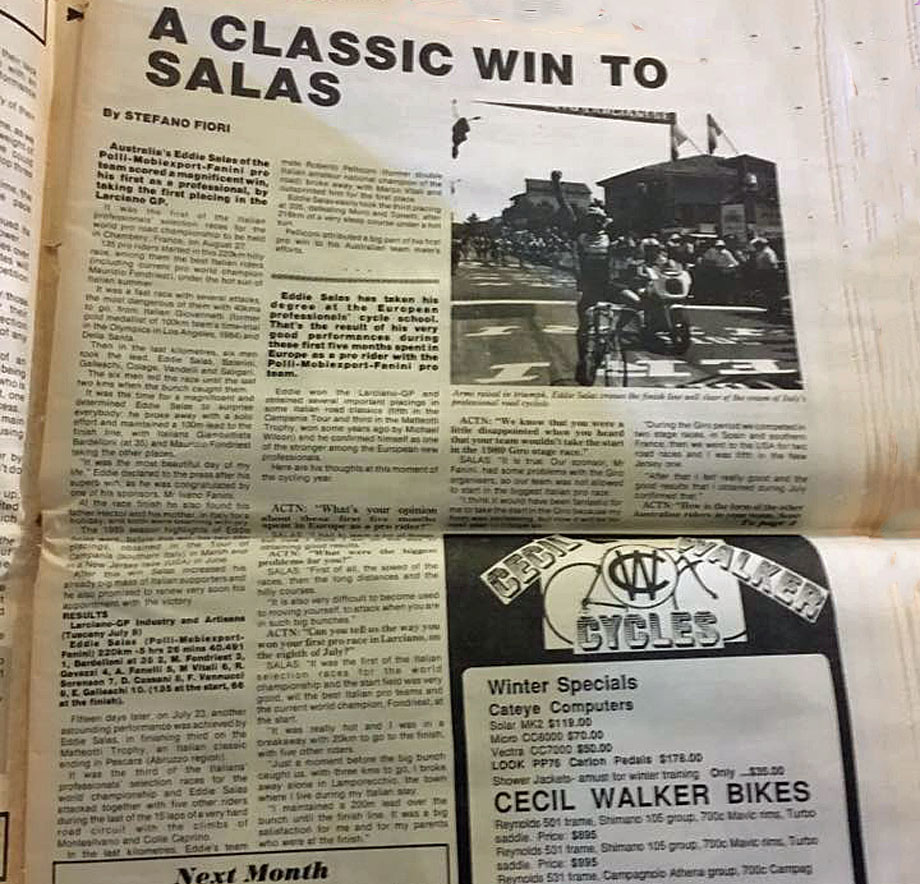 PEZ: 1989: ‘Polli Mobiexport Fanini’ tell us about that team.
For 1989, after the Games in 1988 a few of us got a pro contact in the Polli team it was a newly formed team made up of mainly Italian and Australian riders some of whom raced here in Australia and some in Italy. We had some great results that year and I was able to get one win in the GP Larciano Industria e Artigianato it was a selection race for the Italian riders for the world championships but although we were Australians we were able to ride it. I rode under the radar being a foreigner and was able to get away in the closing stages of the race to win. I also finished third in the Trofeo Matteotti which one of our Italian team mates, Roberto Pelliconi won. After my first year as a pro in Italy we returned to racing in Australia and rode the Aussie champs and the Sun Tour although we had a pretty hard year of racing and returned somewhat tired. Scott Steward and I with the help of our team mates rode strongly in our first national pro title but were both outwitted by Garry Cliveley. 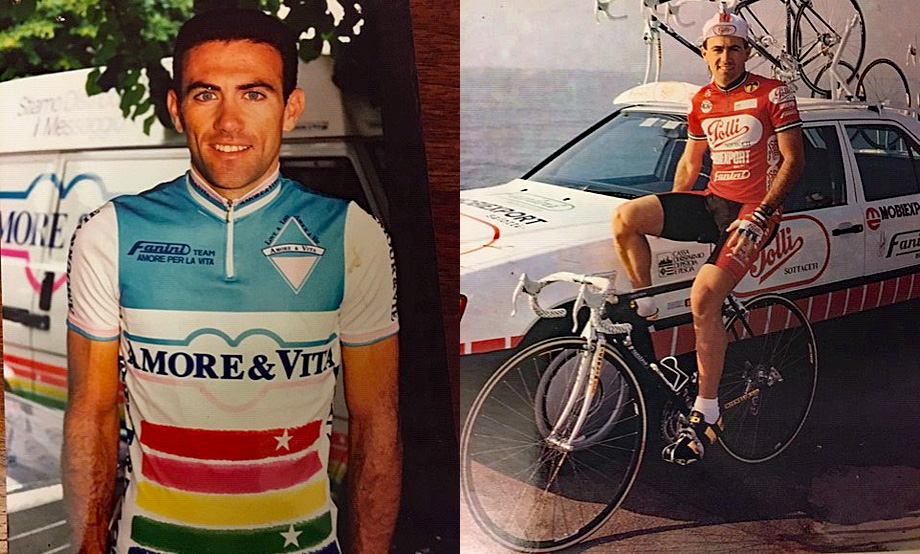 PEZ: 1990: Amore e Vita, how did you get the ride and tell us about the team.
After 1989 the Polli team folded and then became the Amore e Vita cycling team, which still exists to this day. Most of the Polli riders were retained in the team and we were all good friends. This year I was due to ride in my first Giro but had a very nasty fall in the Milano-Sanremo which put me out for most of the season with two fractured vertebras; I couldn’t train or race for a good four months and returned to Australia for the last part of the season where I managed to get second once again in the Nationals and fifth in the Sun Tour; but I got another contract with the team to head back for 1991. 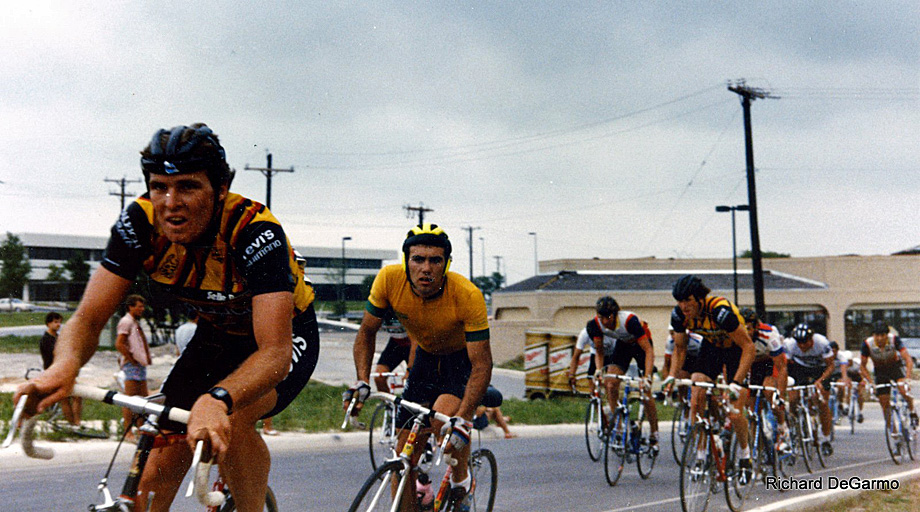 PEZ: 1991, The Giro – your memories?
The year I finally achieved my goal of starting and finishing a Grand Tour after spending most of 1990 on the side line with my accident and injury. I went back to Europe and decided that this was my make or break year, riding the Giro was one of the highlights of my career and the hardest things I have ever ridden. The course was extremely hilly that year and I was very happy to be able to finish it, the atmosphere and crowds were unreal and I learnt what suffering was all about especially during the mountain stages. 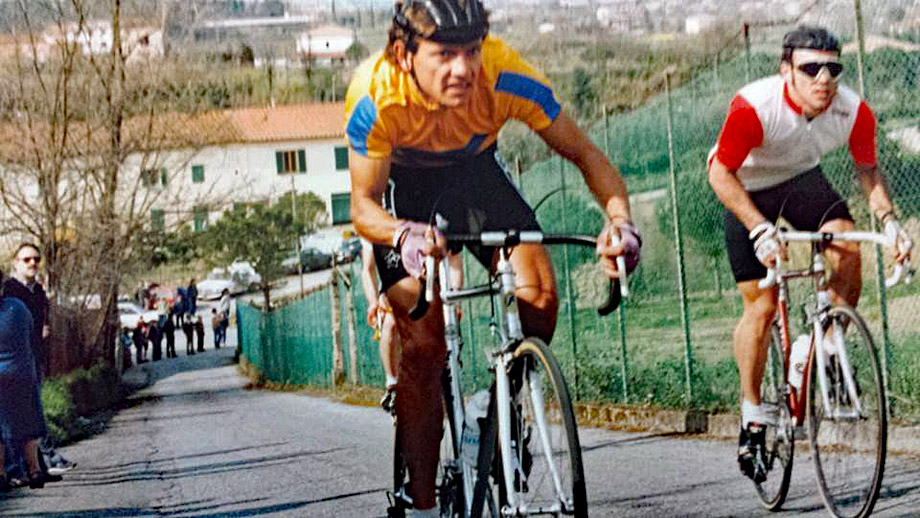 PEZ: 1991 and The Worlds in Germany – 49th on a tough day which saw a huge number of DNF.
After the Giro I had a good break of nearly a month with no racing and a bit of a holiday. After that break to recharge the batteries I prepared for the Worlds and had good form after the Giro. In the Stuttgart Worlds the main peloton spilt into two groups in the closing stages of the race with nearly 45 riders in the first group including two Aussies; Stephen Hodge who finished eighth and Neil Stephens who took 32nd place. I was able to hang on and finish in the second group, once again the crowds and atmosphere was incredible and full of great memories. 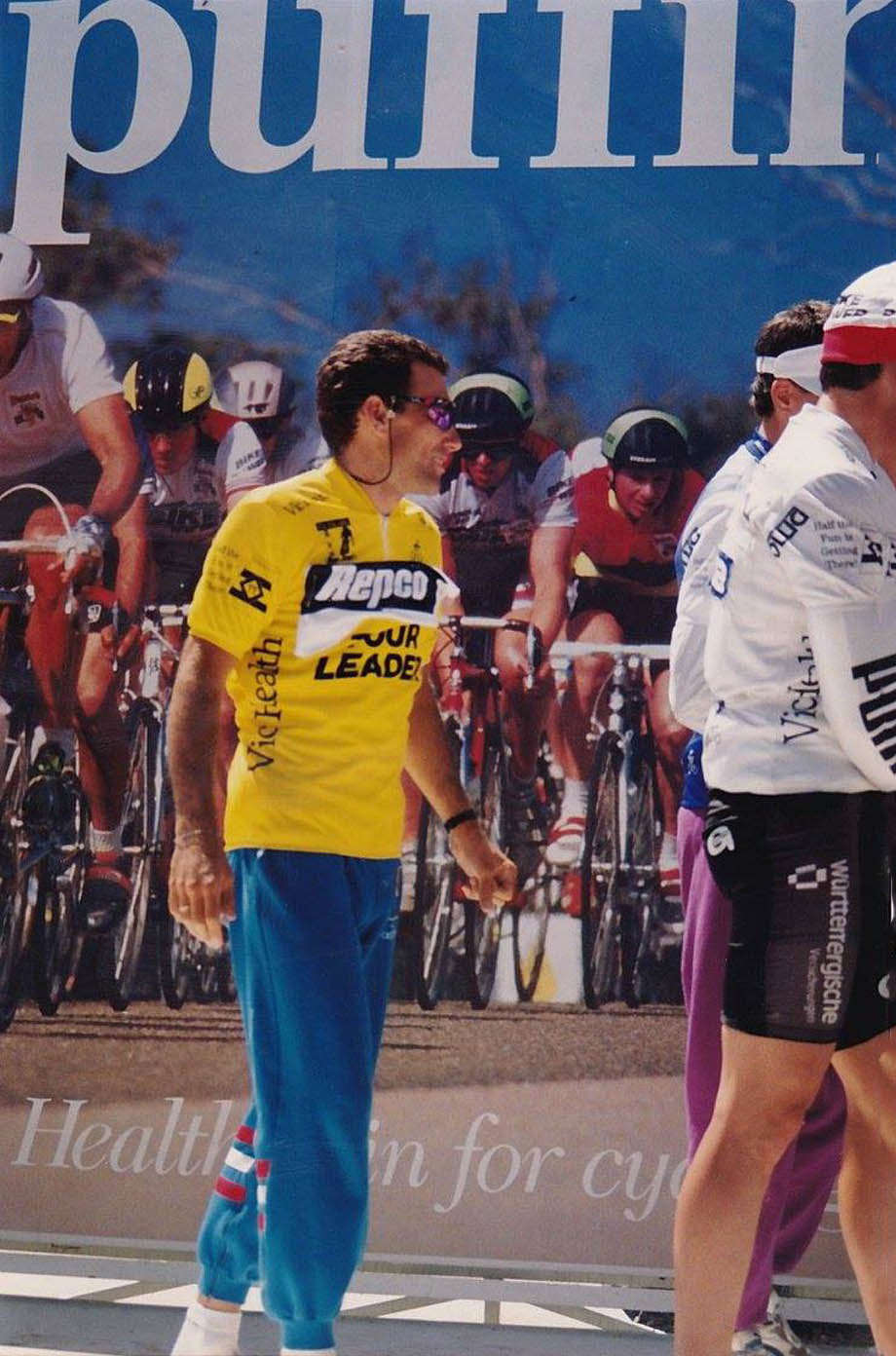 PEZ: 1992 and no more Italia, ‘Ansett Airways’?
For 1992 I did receive an offer to go back and race again with Amore e Vita but I decided to open up a bike shop back in Australia. After riding in the Nationals and Sun Tour, I decided to settle down back home. I still loved racing as I do now and was lucky enough to be sponsored by Ansett airlines for several years and while working in my shop I spent several years riding at a strong and high level around the Australian circuit, working pretty much full time and competing on the weekends. In 1993 I managed to win my Aussie pro title; this was a very proud moment for me after finishing second a couple of times in previous attempts. 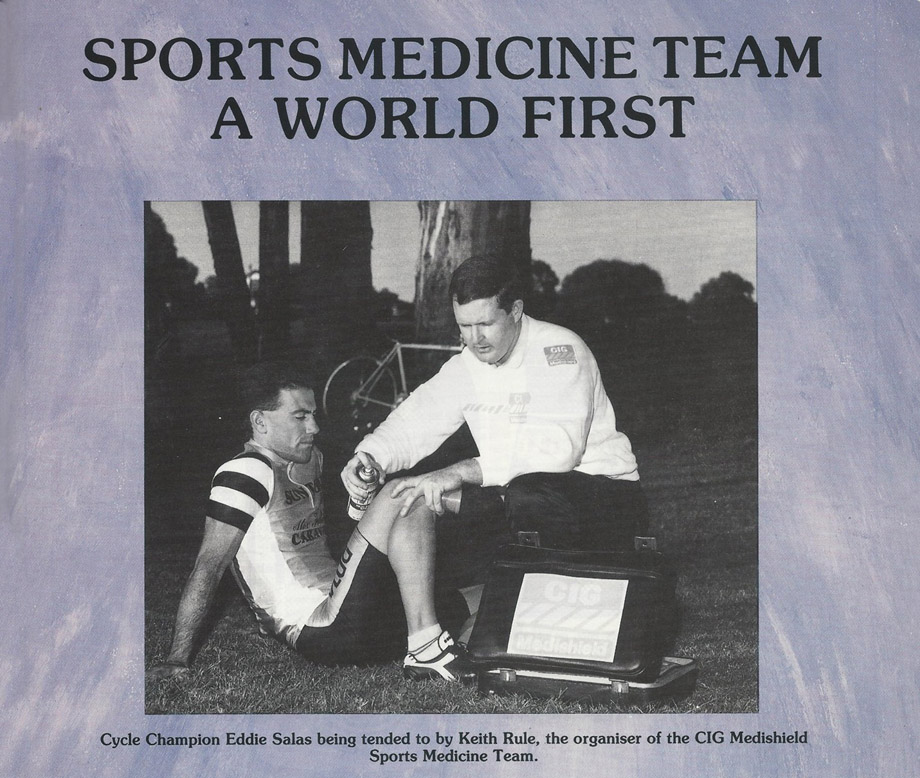 PEZ: In 1996 you were racing in Chile and Uruguay?
1994-1999 During these years I continued to race mainly in Australia; training up to 500 kilometres per week with my Dad motor pacing me two or three times each week and then competing on the weekends. The pacing helped me with my speed and I had a few good years; in 1996 we went and rode in Chile and Uruguay, it was great to race where I was born and see how big cycling is in these countries and the number of spectators who turned out to watch. 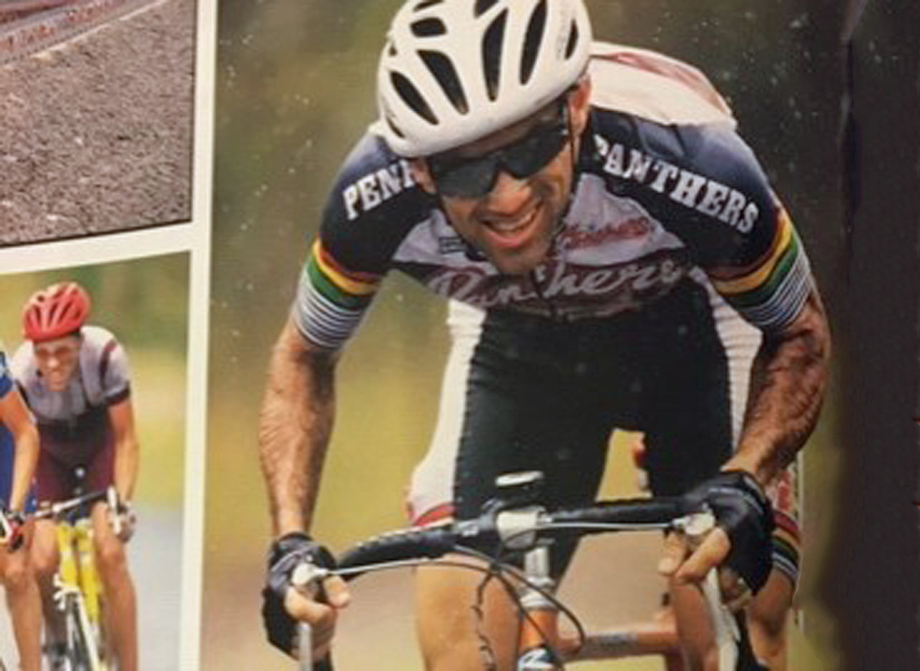 PEZ: In 1998/9 you were still winning and riding strongly in the Sun Tour.
I returned with some good form from the races in South America and finished third in the National amateur title which was won by Nick Gates. My memory is that there were only a handful of riders who finished the title race around Centennial Park in Sydney with the Australian Institute of Sport taking most of the top seven places, I was riding as a club rider. In 1998 I managed to win a stage in the Sun Tour and again in 1999 as well and finished 12th overall; I also won the 1999 National amateur road title held in Eumundi in Queensland at the age of 33 – this was my last serious year in the elite ranks. I am still racing now at soon to be 55 years-of-age and still enjoy competing in the masters racing mainly at a club level and a few local opens with the occasional world masters when held locally. I still enjoy the training side of things (except the cold winter mornings) and enjoy my club and inter club racing as well.

I think that riding my bike most of my life has kept me fairly fit and young at heart – ‘enjoying the ride’ is the key to my longevity and passion for the sport. 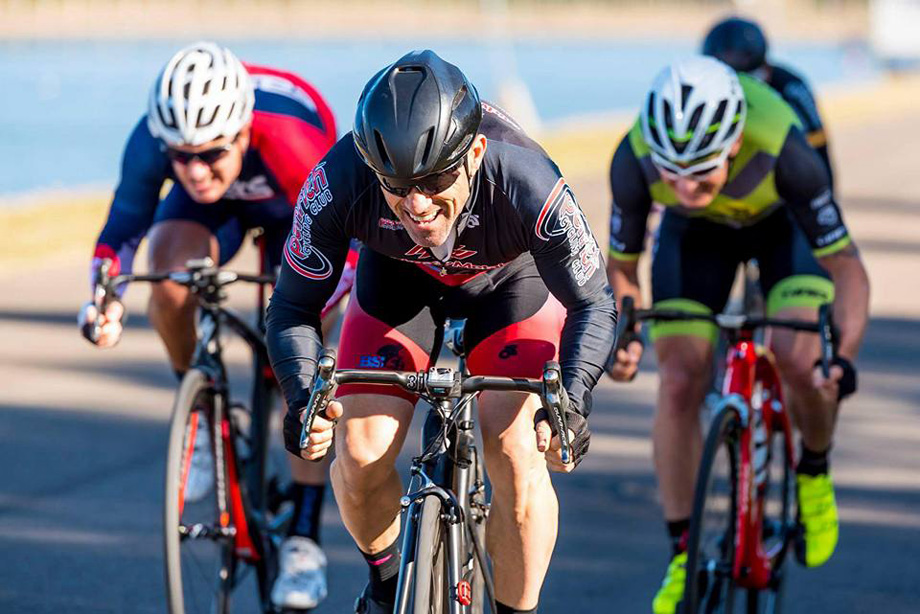 # Thanks to Eddie for his time and to all the photographers. #