INTERVIEW: Chris Selden was recently at the headquarters of the Australian Cycling Academy on the Sunshine Coast in Australia where he was lucky enough to catch up with two former stars turned team managers. Matt Wilson of FDJ, Garmin, GreenEdge and track star Ben Kersten. 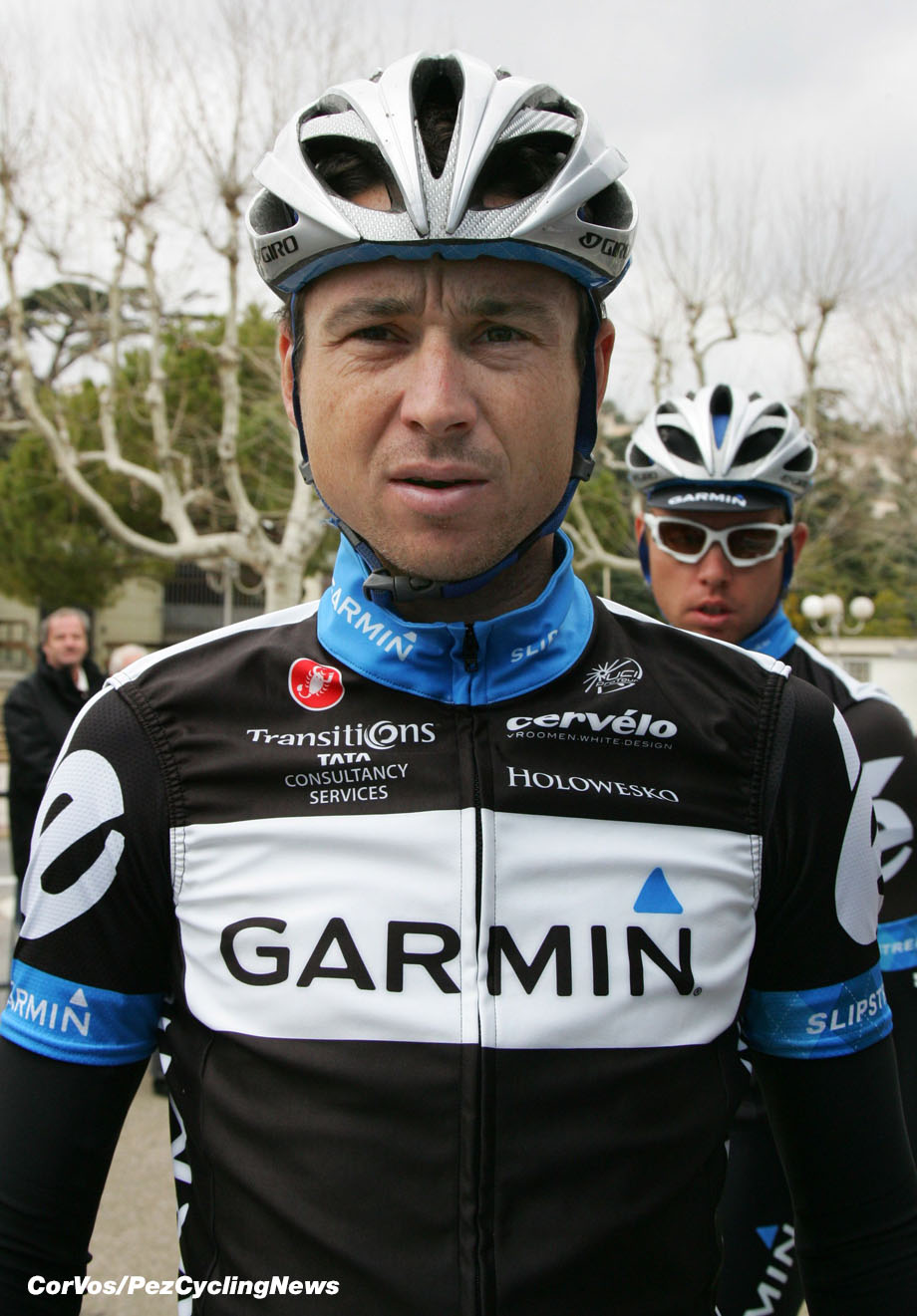 Matt had a long career on the bike before taking on the directing role at Orica-GreenEdge, now Mitchelton-Scott where he still directs today in between managing the ARA Pro racing development team with his brother in-law Ben Kersten. 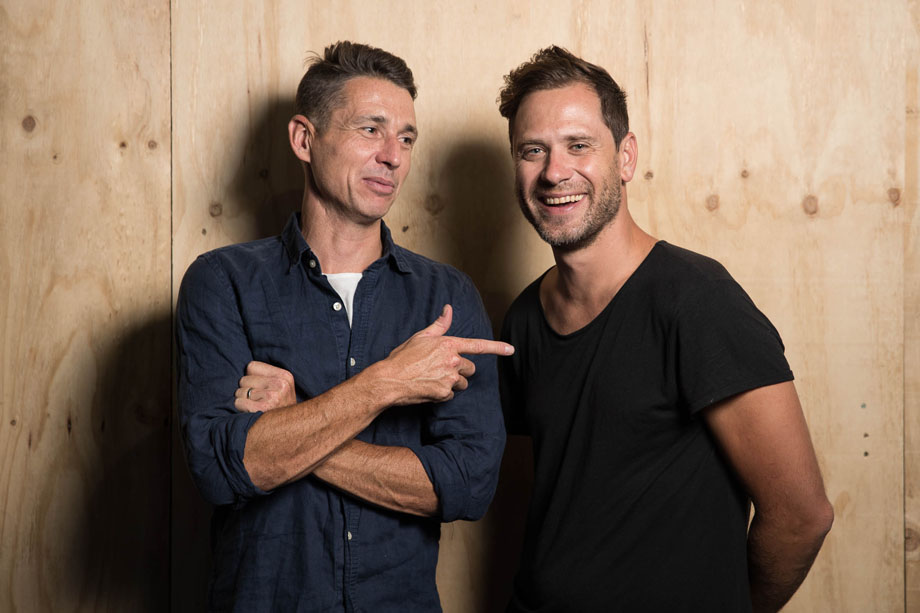 Never work with family? It seems to work for Matt(l) and Ben(r).

PEZ: First up Matt, let’s talk about your riding career – is the story about you selling your car and bike to get to Europe to try and make it into the professional ranks true or urban legend?
Matt: Yeah that is true. I had a lot of mounting debts and I had to get over to Europe so I sold my bike, the car I had, took out a couple of credit cards, got over there and that’s how I got through the year. 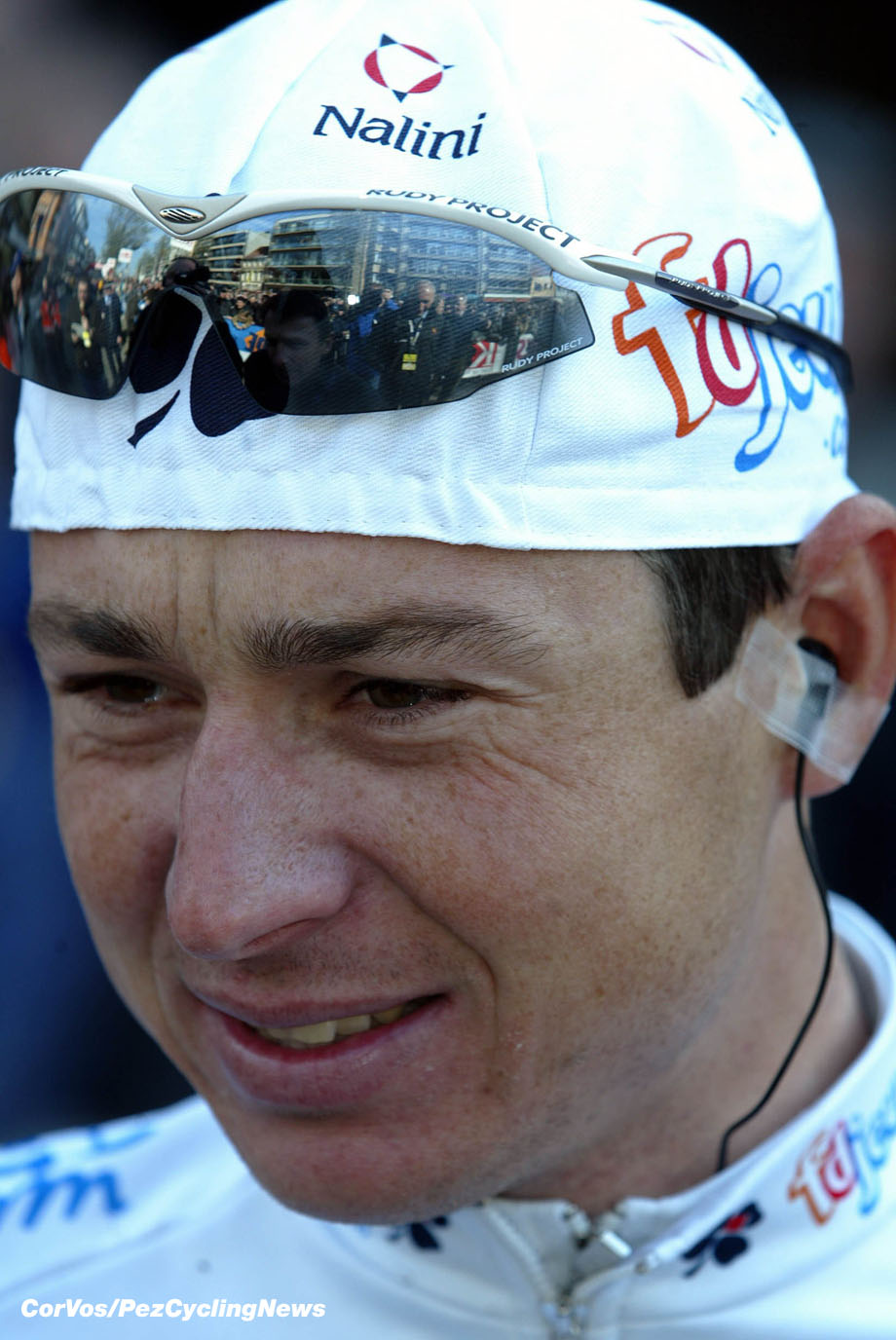 PEZ: The result was worth it though! Four years with Francaise des Jeux including an Aussie National road title and riding in service of your good mate Baden Cooke amongst others – special memories?
Matt: The first four years of my career there were pretty amazing. I never thought that I’d get to that stage to be a professional, let alone win that Aussie title and race some of the races that I did and have some of the success so that was just an amazing feeling those first four years. 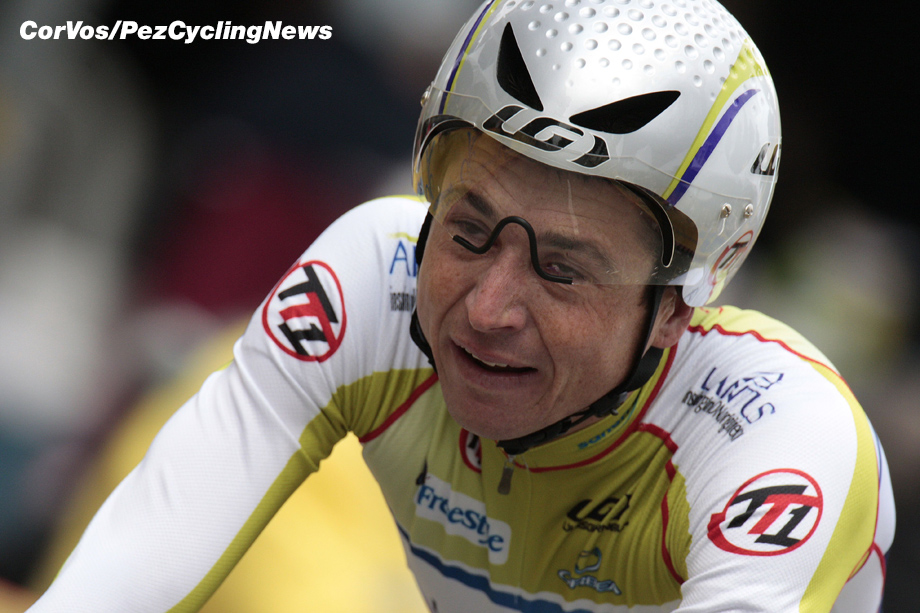 PEZ: After FDJ it was on to Unibet who from the outside looking in at the time looked like a great team but you were always being undermined by politics and not being able to race. That must have been a difficult time or were you able to make the best of it?
Matt: Yeah the whole Unibet saga was pretty crazy it was at a time where the ASO race organisers and the UCI were butting heads and we were sort of a pawn stuck in the middle. It was a shame cause it was a great team and if you look at the roster that we had it was incredible and we had a sponsor there that was really looking at a massive long term investment. It would have been one of the biggest budget teams in the world and unfortunately they were caught in the middle and they disappeared and we had to start from scratch again. We couldn’t control it and unfortunately at the end of that year there were other teams folding too so it was a really hard year for riders. 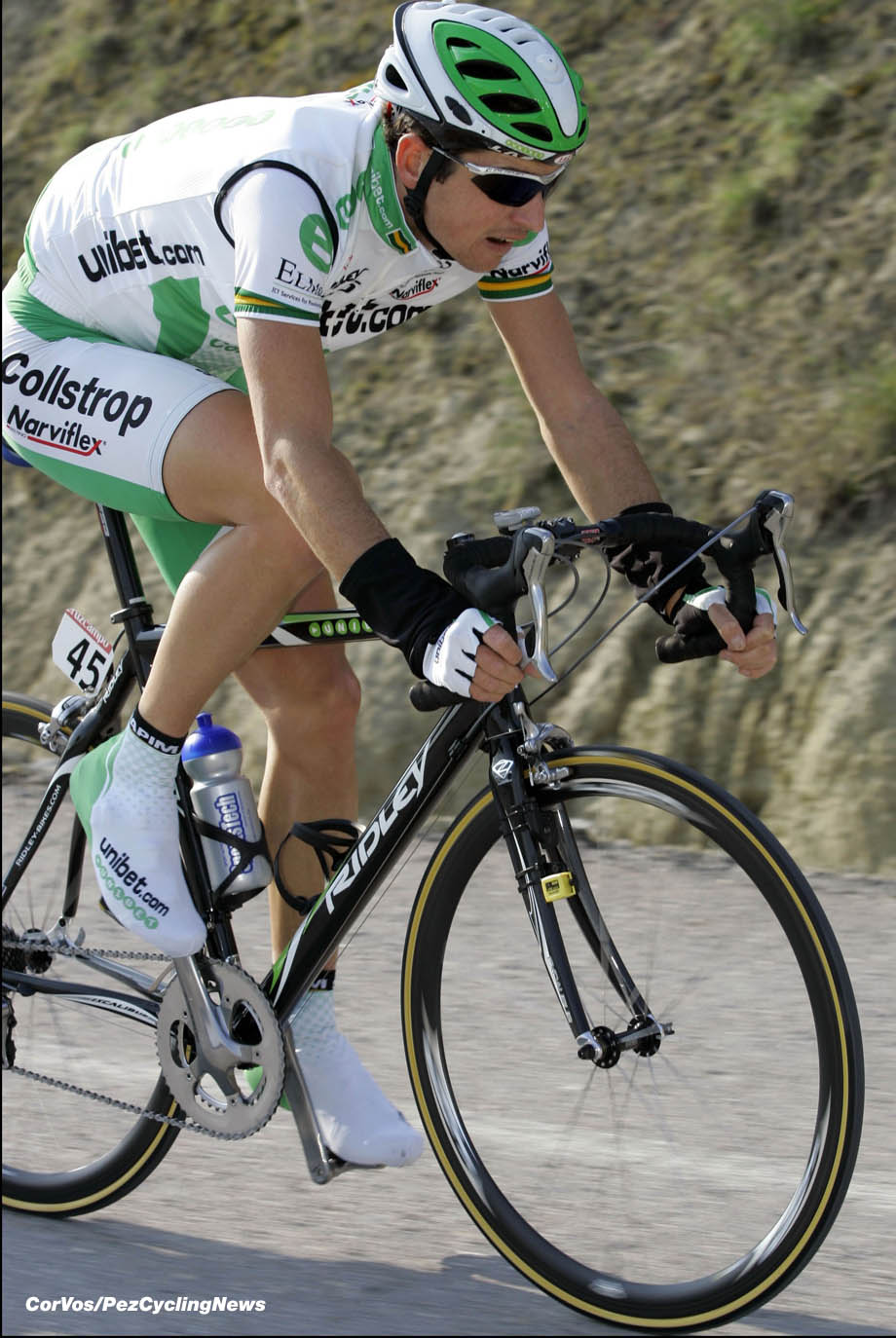 PEZ: With so much experience on the road after your years with Garmin and GreenEdge amongst others was it easy to transition into the driver’s seat when you took on the director sportif role for Orica-GreenEdge?
Matt: It was a pretty easy transition because I knew it was coming for quite some time. The last few years of my career it had been in my mind and then when GreenEdge started I actually signed a contract for one year rider, two years as director so I knew that was coming and I was basically planning my way while I was still on the bike and it made the transition much, much easier. 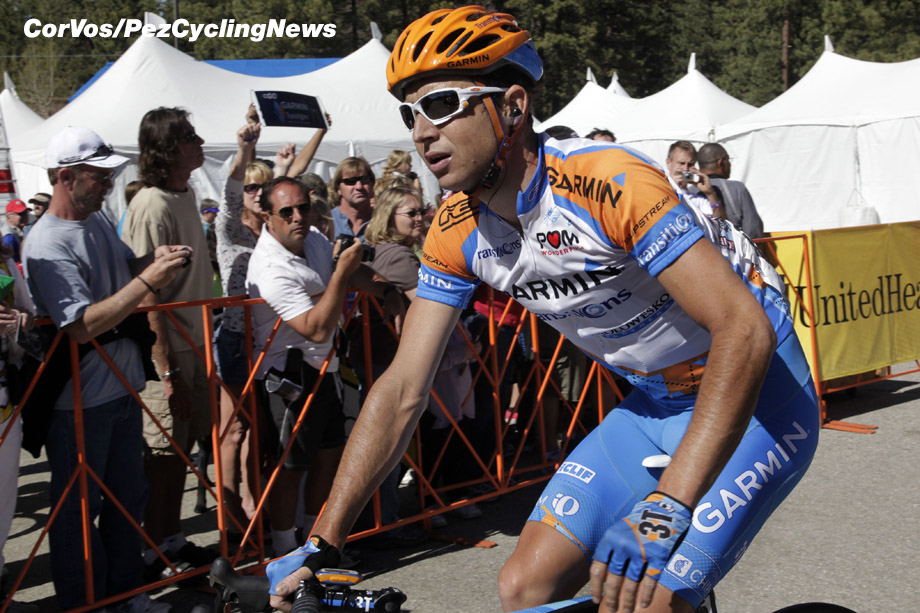 The best backstage pass ever? Check out Matt’s reaction in the car from 9m00s

PEZ: Why did you decide to start the ACA team?
Matt: Well Ben Kersten (multiple Australian title holder on the track) and I are actually brothers-in law and with him being from a track background and me from the road, we both came through different development pathways from Australian cycling. Both with mixed results but both with the same opinion that we thought that we could do it differently by focusing more on the athlete and the athlete as a person and their development on and off the bike rather than just concentrating on the high performance stuff. 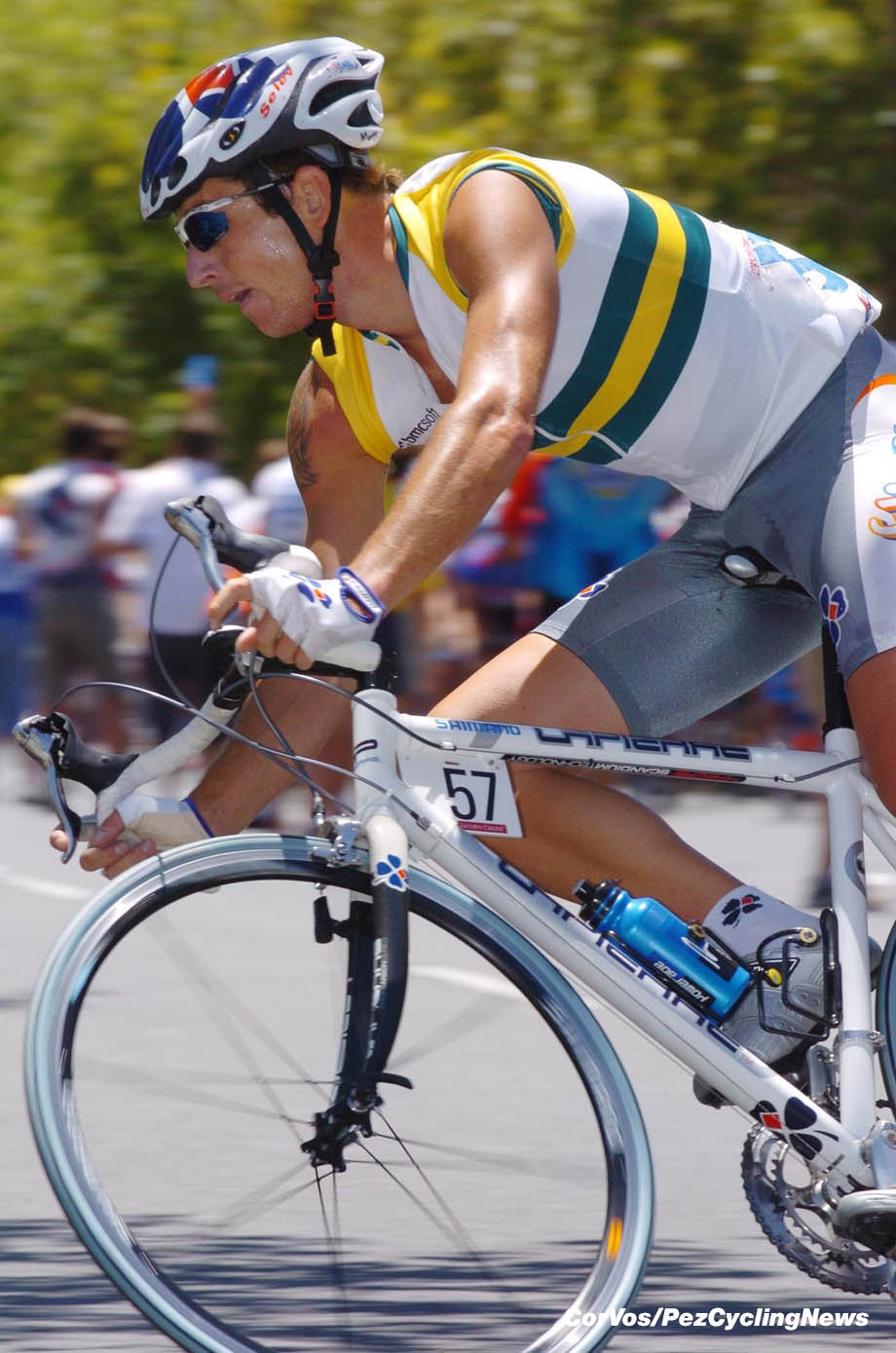 Racing in the Australian Champion’s jersey for FDJ

PEZ: Your first big result with the team was the Australian National Titles in 2019 when your man Michael Freiberg came out and smashed the WorldTour riders with an amazing ride to take the jersey. What a start for the ACA!
Ben: Yeah it’s every rider’s dream to win the Australian National Road Title and every team’s dream on top of that and only being a year old we managed to win with Michael Freiberg and I think that’s something that we’ll never forget, the riders, the staff and Michael himself and it really cemented our spot in Australian cycling and made us really stand up and show what we’re capable of. For a domestic team to win that title it was a great privilege and we were the only domestic team to have ever done it so we can really hold our heads high with that one and it still gives me goosebumps that one. 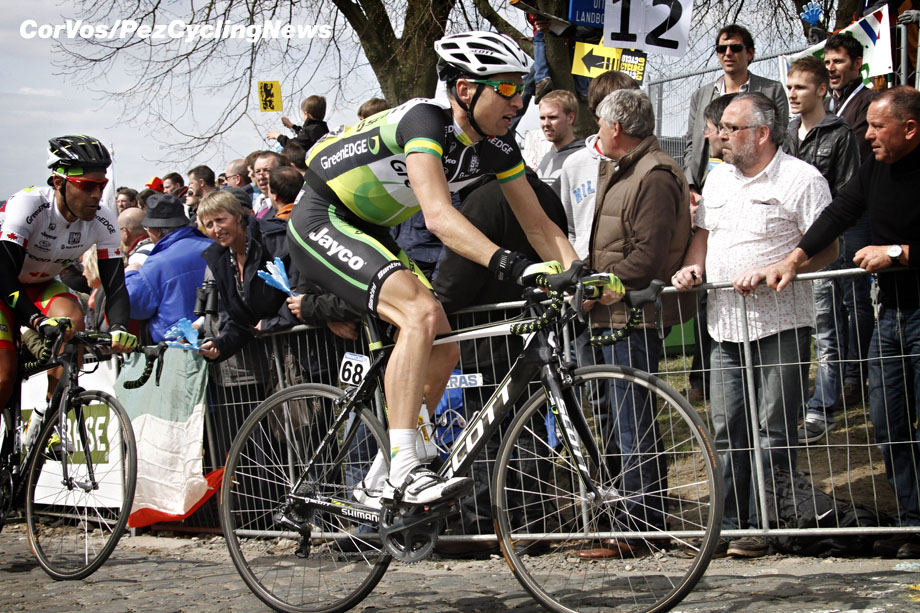 PEZ: This year you’ve brought in some new sponsors including the ARA group as a title sponsor but it must be tough not being able to race as you would have liked to so far this year?
Ben: We were very ecstatic to get ARA on as our title sponsor this year. Obviously it hasn’t worked out how we all planned but that’s the way it has been for cycling worldwide. We’ve managed though to give them a lot of worth in the other things we’ve been able to do and be creative as a partnership. 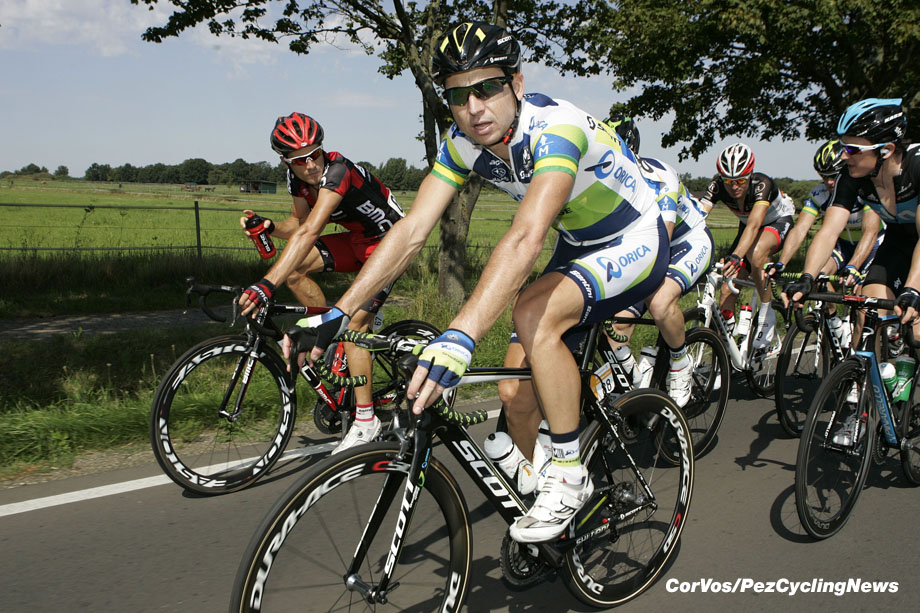 PEZ: Despite the lack of racing you still started the year well with solid results in Australia and then a win in the Tour de Langkawi from your very young team with Taj Jones outsprinting WorldTour riders to claim a stage victory. At 19 years old he is surely a talent of the future amongst your many young interesting riders. What is your goal for your young squad – WorldTour?
Ben: Being a multi faceted team we focus a lot on education and rider development, we’ve got riders in the national track program, we’ve got a women’s team that’s predominantly track based and we’ve got our road men trying to turn professional so we do have a lot of goals. On the professional front a rider like Taj Jones definitely has the goods to turn pro and our goal is to have one or two riders turning pro every year and I think we’re well on our way to achieving that this year. 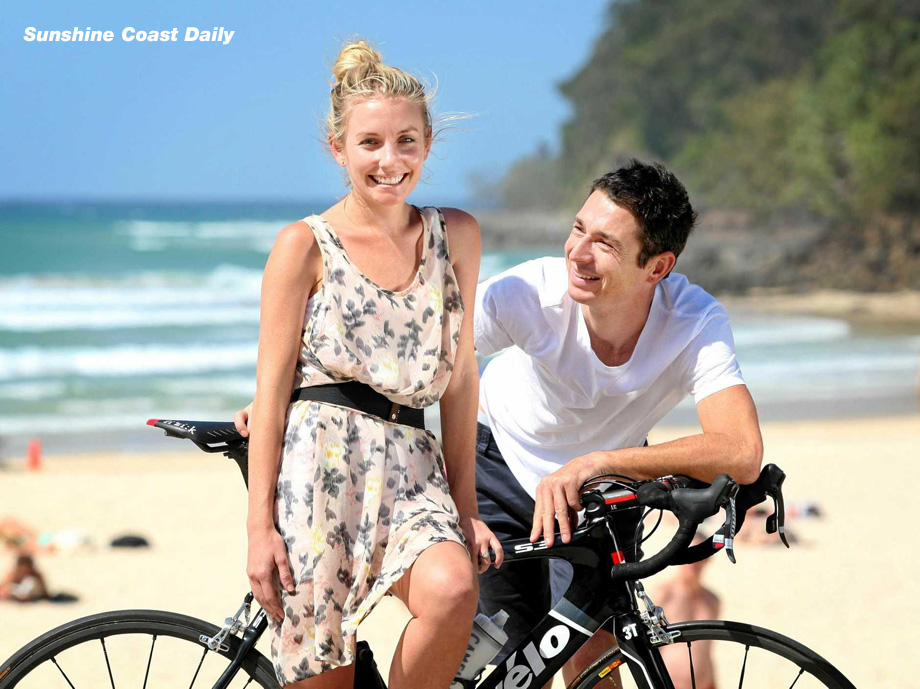 Thanks to Matt and Ben for their time and for the tour of their team HQ at the USC University on the beautiful Sunshine Coast.

With a couple of highly experienced directors running the show and some WorldTour worthy facilities and backroom staff at USC, the ARA Pro racing development team is indeed one very good setup. Having seen first hand their facilities and being highly impressed by the overall development concept that Matt and Ben have laid out for their riders, young guys and girls coming through this program really do have the best possible introduction to the top level of our sport. Check out the team’s website for more from the team and follow them on instagram to chart their progress and get to know some of the future WorldTour stars.

Building A Better Bench Press… And Why You Need it