Interview: It’s hard enough trying to live up to your father, but when he is Eddy Merckx… Ed Hood talks to Axel Merckx about his career, the Axeon Hagens Berman Development team and the future for the ‘son of a living hero’. 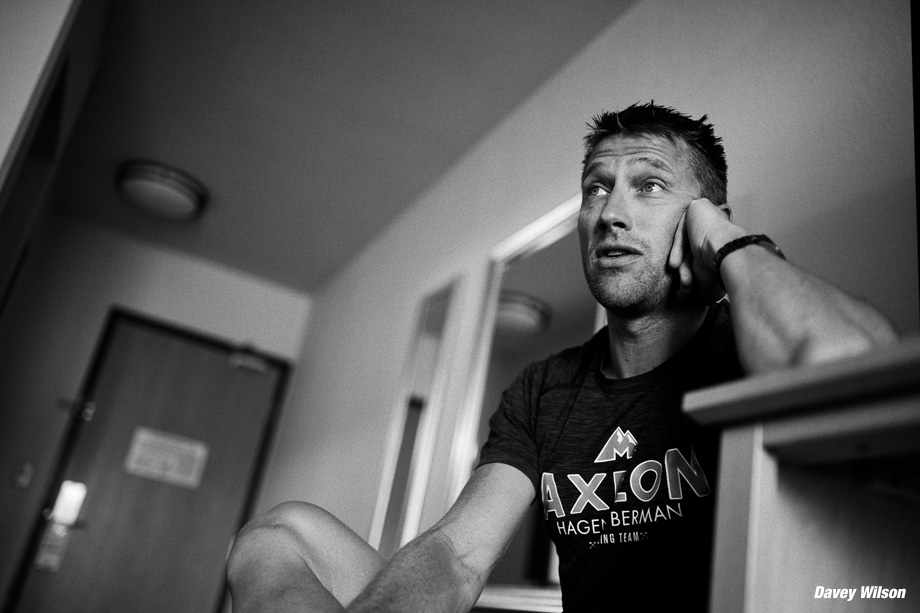 We’ve all heard it in the pub; “he’ll never be the man his father was.” And if your dad happens to be Eddy Merckx, one can but agree. But Eddy’s son, Axel has made a damn good fist of making his own way in the world with palmarès to be proud of and he’s now at the head of what is arguably the world’s premier development team.

Due to the kind offices of Axeon’s press officer Sean Weide, Axel recently took time to speak to PEZ.
My first question was going to be; ‘how does it feel to be the son of a living God who I have worshipped all my adult life’ but thought that might give the wrong impression. . . 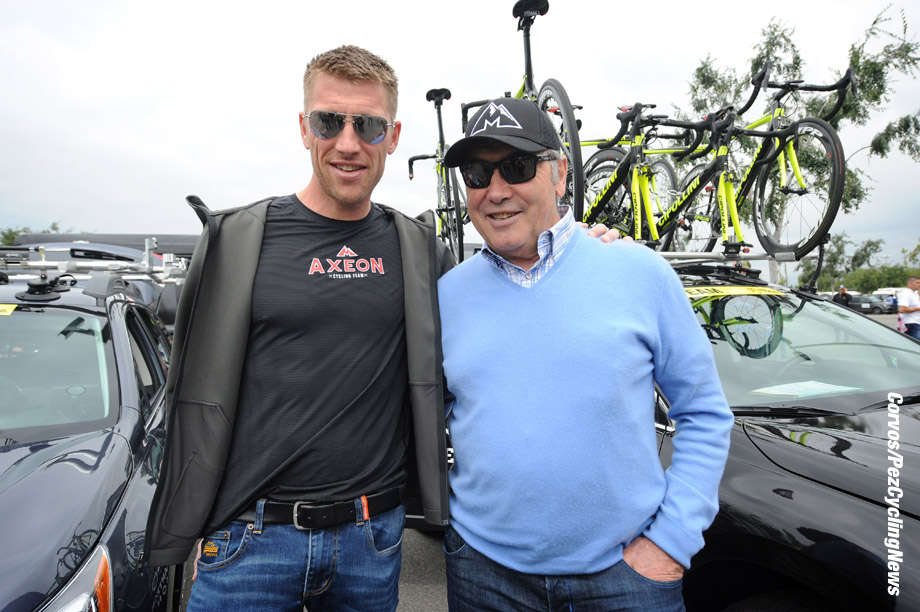 Axel had a chuckle at that one and then we got into the more serious questions:

PEZ: You turned pro with Motorola and that US vibe; it must have been a bit of a culture shock to join Teutonic Telekom then back to Motorola – that was an unusual move?
Axel Merckx: I was a stagiaire with Motorola, then I turned pro with Telekom. Then, after one year with Telekom, I switched back to Motorola. I knew a lot of people on Motorola because my dad was sponsoring the team. It’s one of the teams that I had really good contact with as a family. Jim Ochowicz was the manager and we hosted a bunch of those athletes even at our house. There were some races and events in Europe back in those days when it was still 7-Eleven. So Sean Yates and Andy Hampsten and a bunch of those guys stayed with us. It was a different approach and I liked the mentality and I had a great time with them. 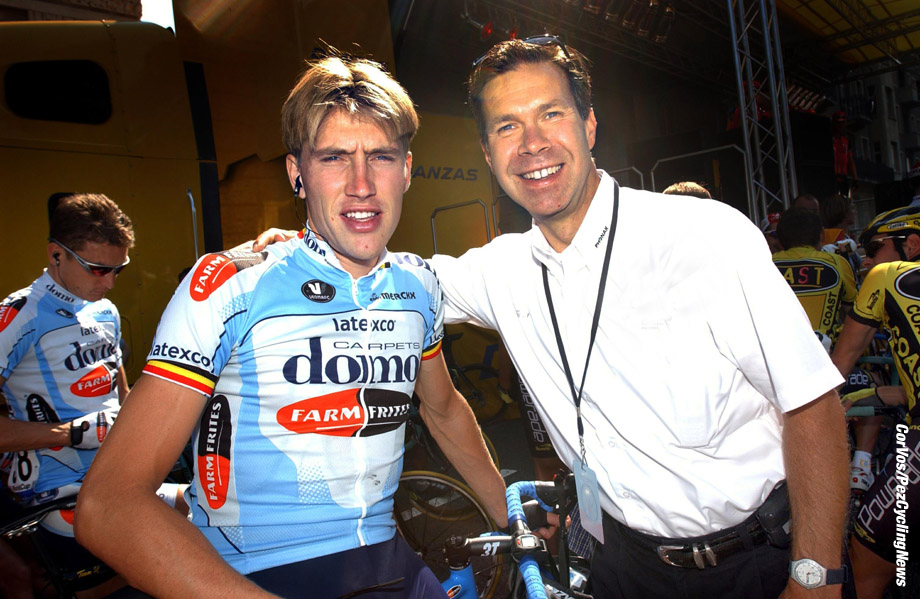 PEZ: Then you went to Polti – German to Italian organization/mentality – what was that like?
So I switched from the Germany to the U.S. to Italy. So it was a different approach. I have actually based the mentality on the Axeon Hagens Berman team on the mentality that we had on Motorola. A bunch of young guys back in those days – we were all pretty young, a young generation – so we had a lot of fun and we got along really well together. I thought we raced really well together. We had a huge leader at the time – Lance – who won the most races. But the other guys were George Hincapie and Kevin Livingston and Bobby Julich. We were all of the same generation and kind of like newcomers who were having fun racing and working together.

PEZ: And you were with Mapei – the ‘super team’ – tell us about it.
After being on Polti, I was basically the only Belgian in an Italian environment. I was kind of looking forward to have the opportunity to race with Mapei because there was the Belgian contingent there. And racing with Johan Museeuw was something if you were Belgian back in those days. It was a great honor and I was really excited about it. Those were great years. 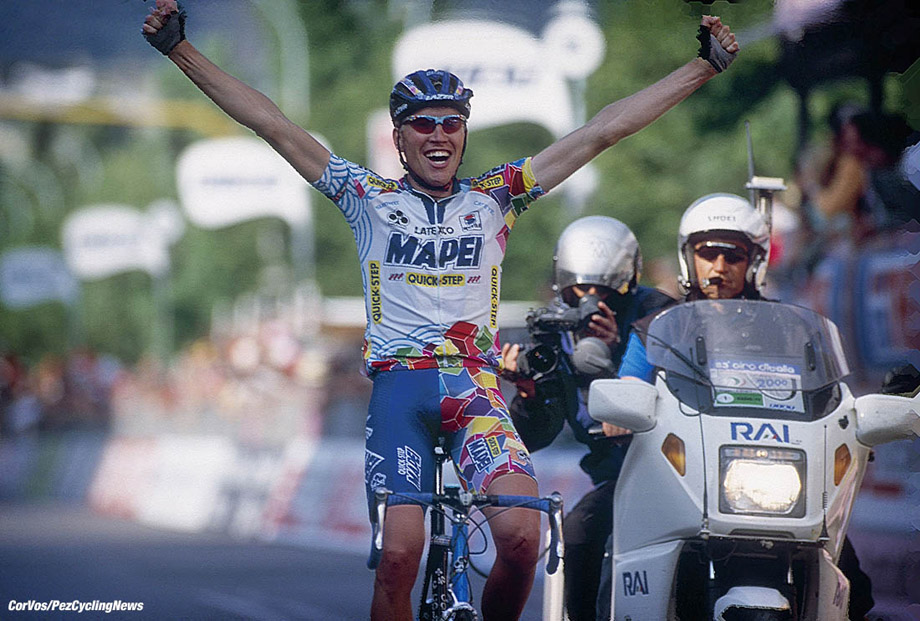 PEZ: Domo then Davitamon – four years in Belgium, like ‘coming home’?
I don’t know if it was coming home because it was closer to the traditional Belgian team mentality. There was a pretty strong bond between the Belgians. But what I found, especially on that team, is the capability of the Belgians to adapt to each other on teams of different cultures and nationalities. We got along really well on that team. 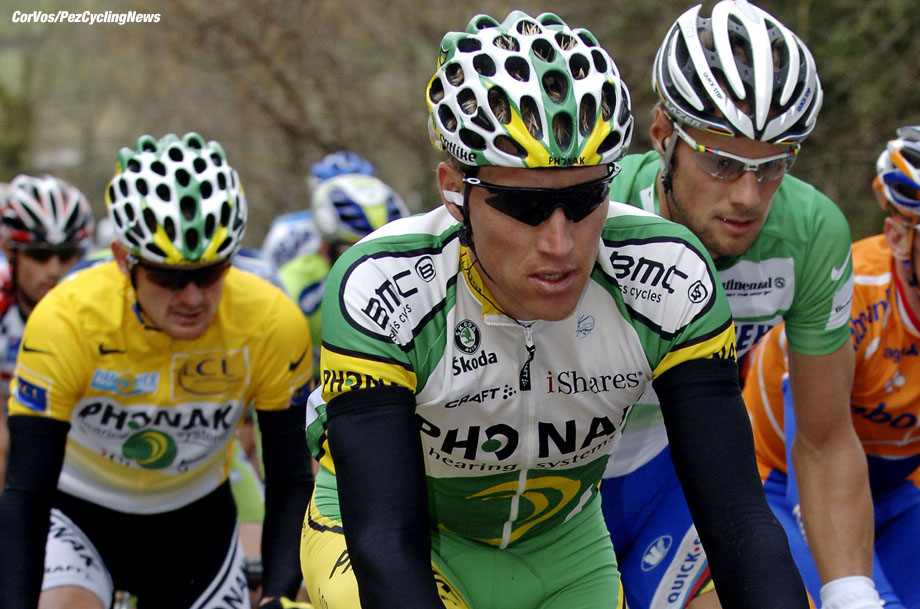 PEZ: Phonak – a bit of a controversial team. . .
Phonak was a lot in the way of the mentality that Motorola was. But it was a lot of years later. Lots of international guys, so more experience for us. We were all a bit younger also at that point, more mature, but with a pretty relaxed atmosphere and a laid-back situation.

PEZ: Then back to T-Mobile for your last season.
It was a little bit of a transition between what I am doing now and what I was doing before. I was there to try to give my experience to the young riders. Mark Cavendish was in his first year as a professional on T-Mobile. There were a bunch of young riders. Linus Gerdemann was pretty young back then, too. So we were trying to share our experience with them and to help them out in the beginning of their career. 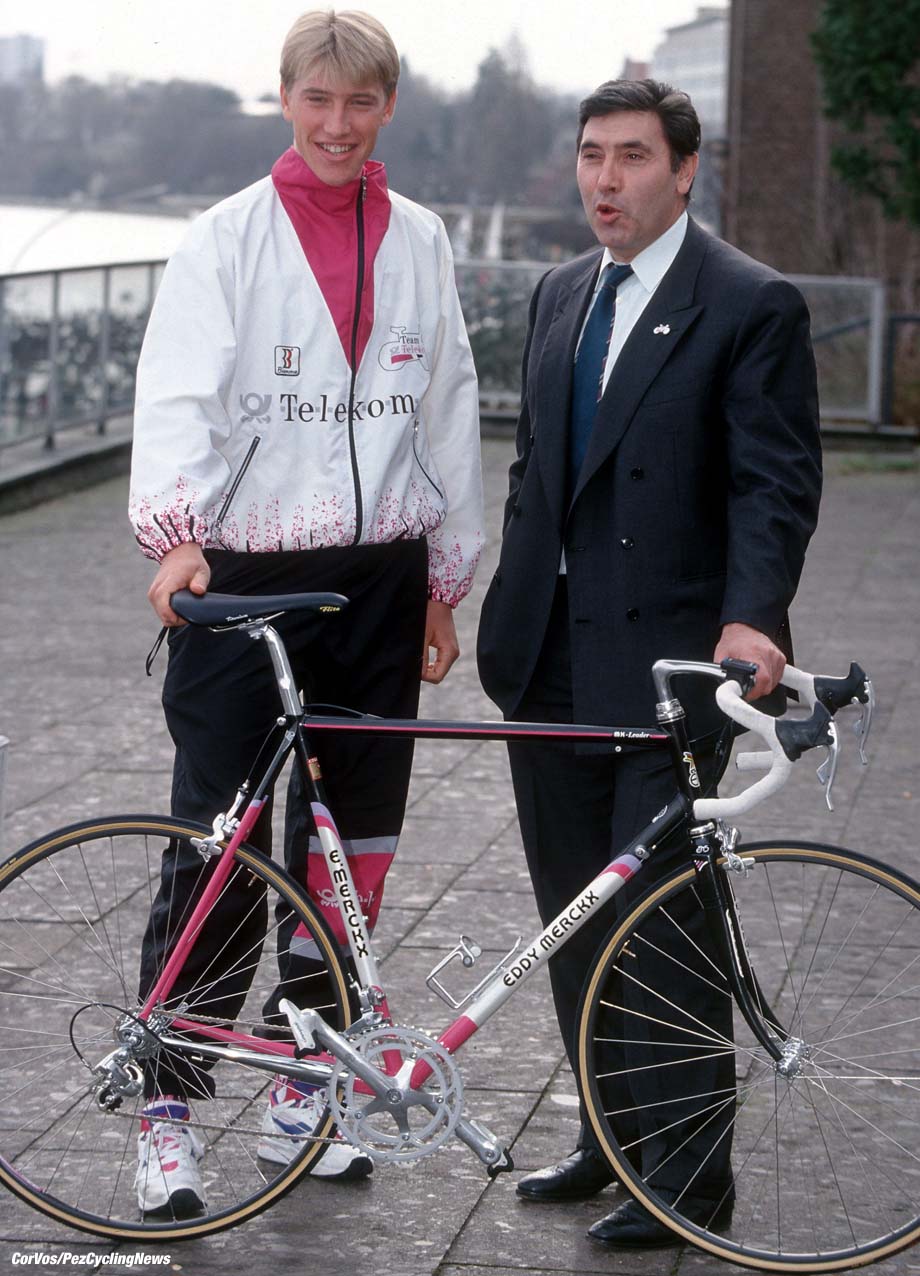 PEZ: What was the hi-lite of your pro career?
It’s hard to say. As far as results, on paper, I would say it is between the Olympic bronze and my stage win in the Giro d’Italia. I think that’s pretty up high. And the national championships, too. It is a big honor to wear the national jersey for a year. As a performance, I would say it is in my stage win in the Dauphiné. I just took off by myself, 105 kilometers from the finish, and won by more than two-and-a-half minutes on the second guy. So, as a performance, that was the most impressive one. 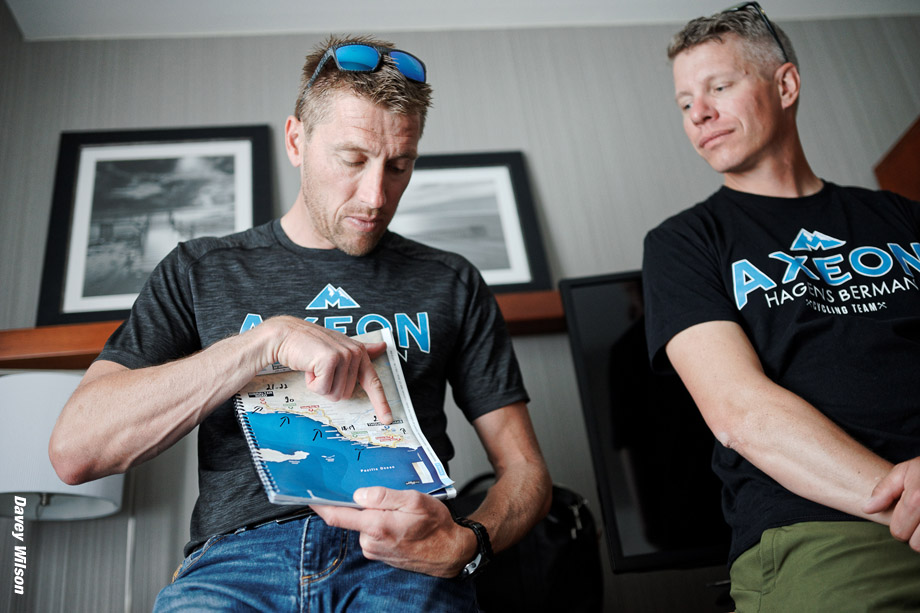 PEZ: How did you get into ‘development teams’?
I wanted to create a team that I wished I was on. I tried to take all the positive experiences I had on all the different teams, remove the pressure, but keep the attitude and the personality. I also wanted to do something good for cycling. I wanted to give back. We started out as a project between Lance and Trek to build development for Taylor Phinney, who was just coming into the sport. But the success of the team has never been about the results or the number of riders we move up. It is more that all the riders who have been in this program become family. And I see that all the time. Wherever we are, as soon as we are at the same race, they come to see us. They stop by. They give us hugs and they say what a great time they had and how much they miss it. So what I have tried to do is create a brand that is sustainable over the years. So far, I think we have done a great job of that. 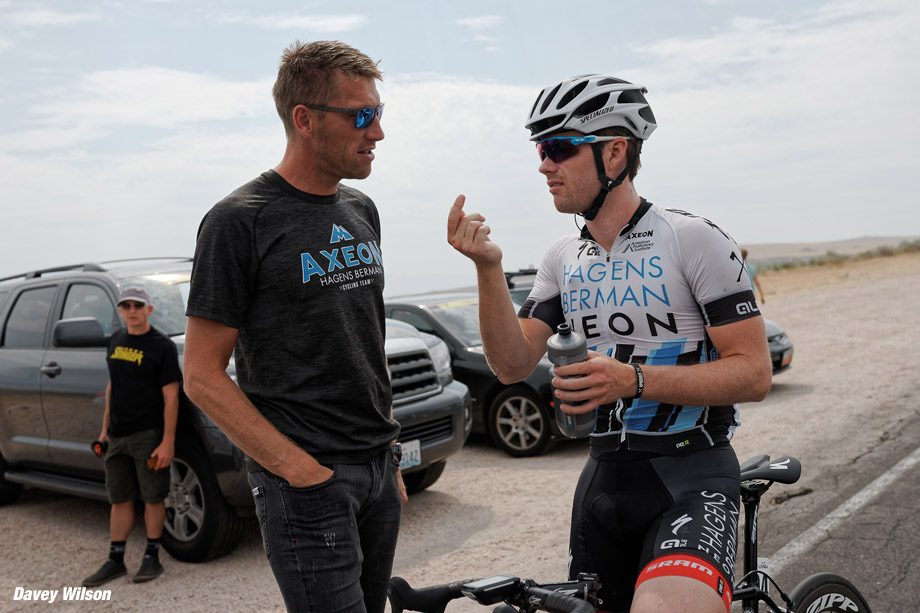 PEZ: Who or what is your biggest success?
In our first eight seasons, I think it is the total program all together. To begin with, the type of athletes we are developing to get a contract as a pro continental or WorldTour rider. I wasn’t expecting that at all when we started. I was hoping that we could get one or two a year. That would be exceptionally good. I also wanted us to be competitive with some WorldTour teams when we were out racing with them. It’s been really exciting.

PEZ: Any disappointments, riders who you felt would go further but didn’t?
None that I could think of.

PEZ: And 2016 was the best season thus far – remind us of your success.
Yes, we had our best year, not only as far as results, but also in publicity and exposure. In the U.S.,
Adrien Costa was runner-up at the Tour of Utah and Neilson Powless was second in the Pro Road Tour. He won the Joe Martin Stage Race and finished ninth at the Amgen Tour of California and also earned best young rider honors there. In Europe, Logan Owen won the U23 version of Liège-Bastogne-Liège and Adrien won Tour de Bretagne while riding for the national team. Neilson also won the last stage of the Tour de l’Avenir solo and we had all the guys on the national team at the Olympia’s Tour, where they won the team time trial. In all, we had 36 victories which included eight national titles, plus three team titles. And every rider on the team won a race last year. 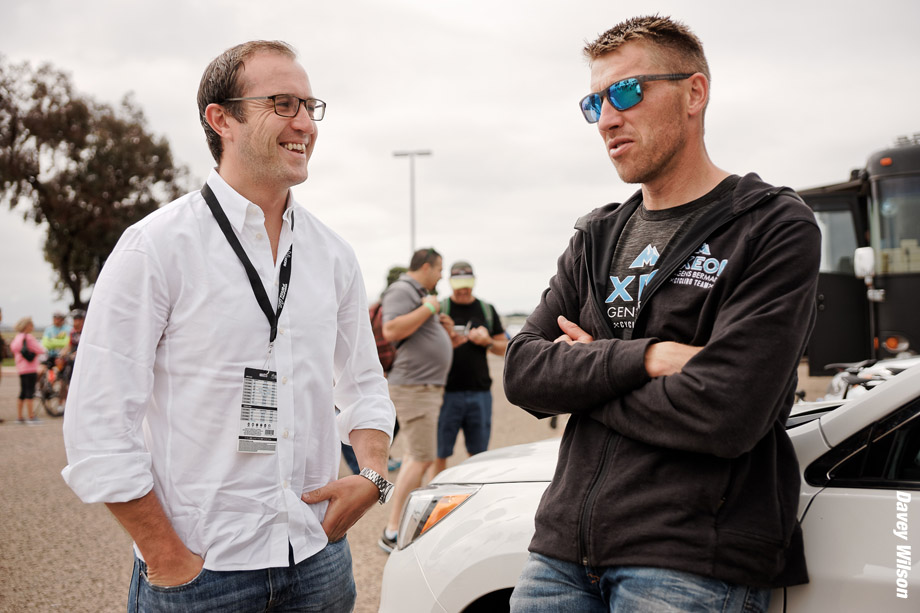 PEZ: The Axeon name for the squad is a good concept in a world of changing sponsors – how much time do you spend on attracting fresh sponsors?
It is a constant job. And I am not the only one who is working on it. There are even staff members who are helping out to attract sponsors – big or small. We have really good sponsors already, so we are really lucky. But it is always important to try to see if there are some more opportunities to still grow the program.

PEZ: Does the thought of going pro continental ever cross your mind?
For sure, it is always a possibility. 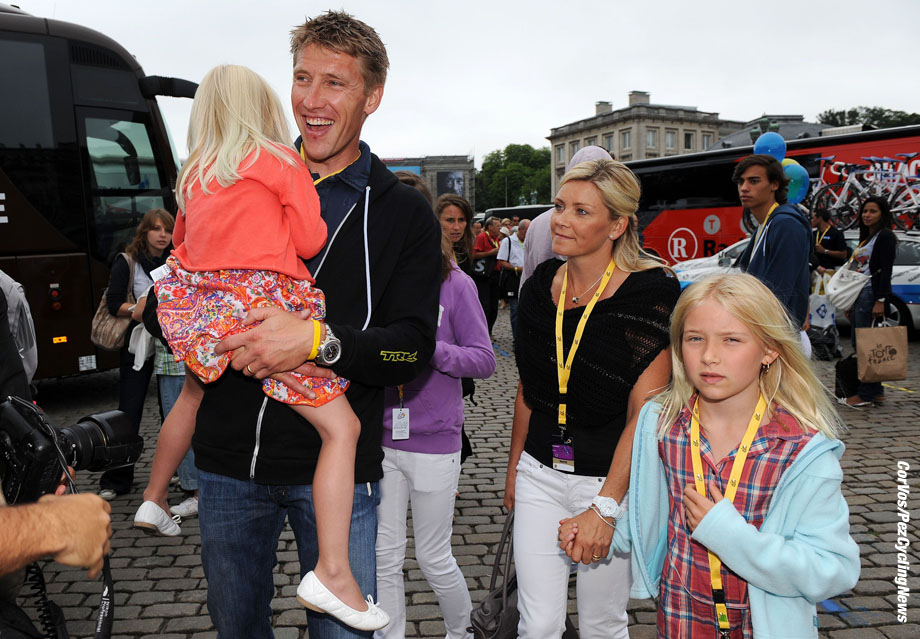 PEZ: Do you miss Belgium – or is Canada ‘home’ for good?
I never thought I was going to end up in Canada to begin with two years ago. Even when I met my wife at the beginning. It is a safe environment and a good place to raise my kids. Whatever happens after that, I don’t know. Do I miss Belgium? Sure I do. That is where I am from. Home is Canada right now because that is where my wife and kids are. I could see myself living in California one day. Why not? But that doesn’t mean I am going to. 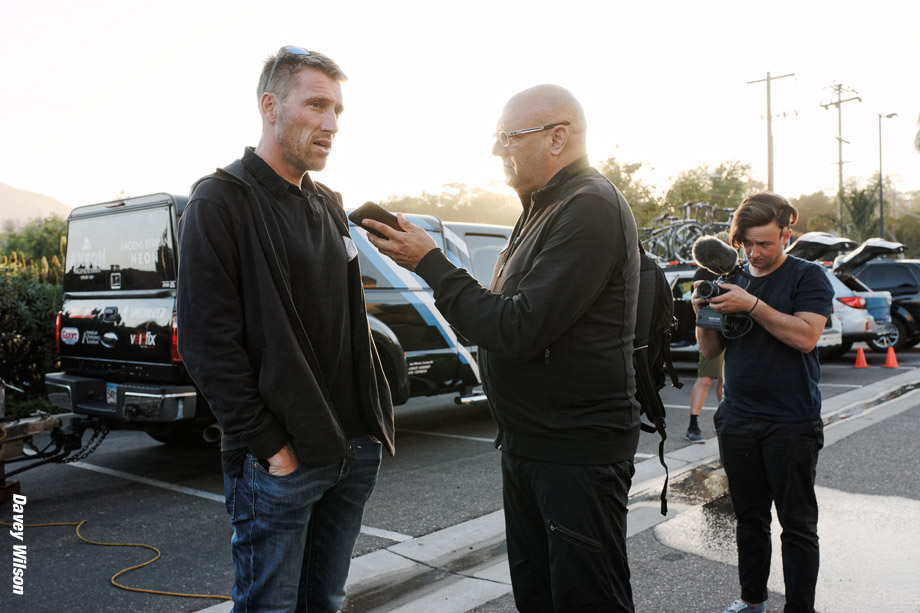 # With thanks to Axel and Sean, we’re sure Axeon will be making more headlines this season. #