Rider Interview: One win is a dream, so 400 wins (plus 1 since the interview) is a phenomenal achievement. Some WorldTour riders have never won a kermis, Mario Willems is the ‘Kermis King’ of Belgium with an unprecedented record and at 45 he’s not ready to stop. Ed Hood had to hear all it about it from the other ‘Super Mario’. 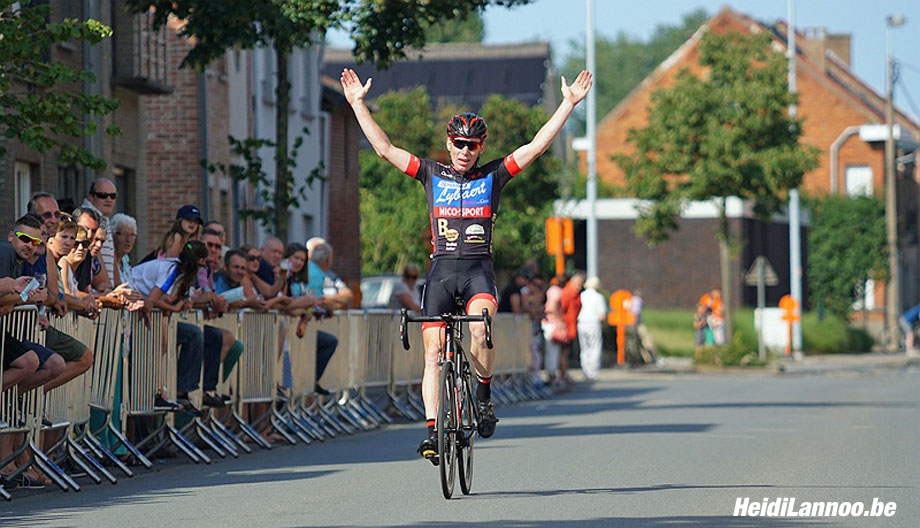 How many wins would you classify as ‘a lot’? Maybe 100? Not many riders achieve that – Tom Boonen, Mark Cavendish, Laurent Jalabert, Super Mario. . . 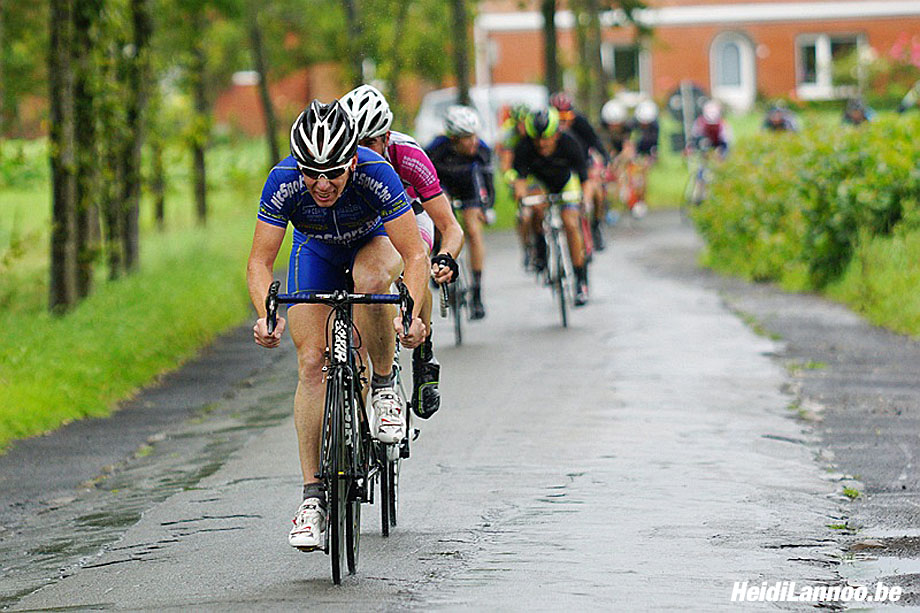 The magical 400 is the number of wins recently achieved by Belgian ‘Kermis King,’ 45 years-old Mario Willems; still dishing out the pain to riders half his age. To put things in perspective, Willems was silver medallist in the 1991 Belgian Junior Time Trial and Points Championships; that’s the same year as Gianni Bugno won the first of two World Professional Road race Championships and Miguel Indurain won his first of five Tours de France. 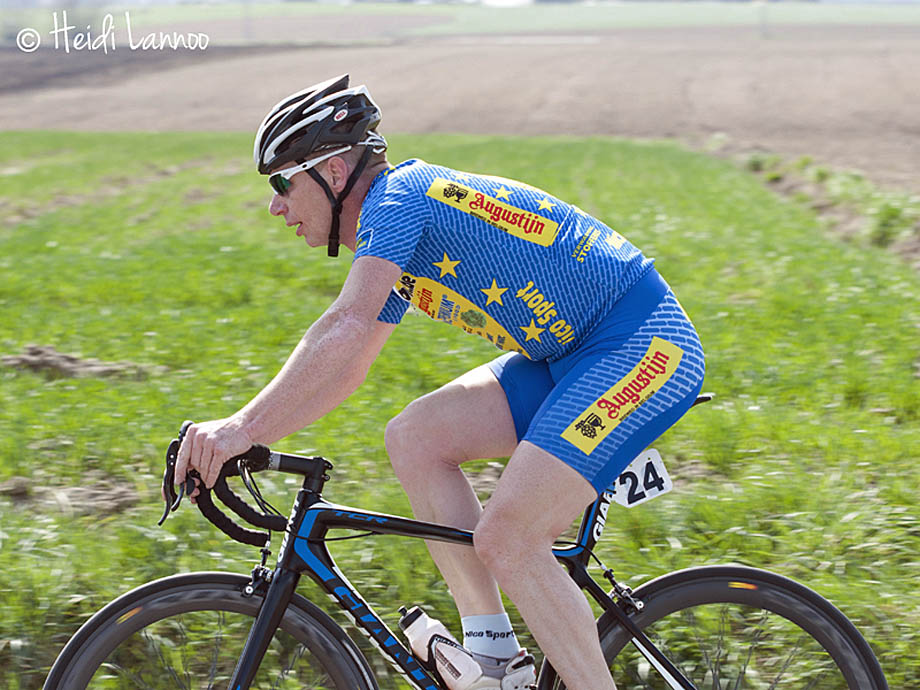 Mario recently achieved this land landmark 400th win despite a crash last season which threatened to end his career. PEZ simply had to ‘have a word’. . .

PEZ: Congratulations on that milestone, Mario – how old are you and how many seasons have you raced?
Mario Willems: I’m 45 years old (young), it’s now my 28th season. 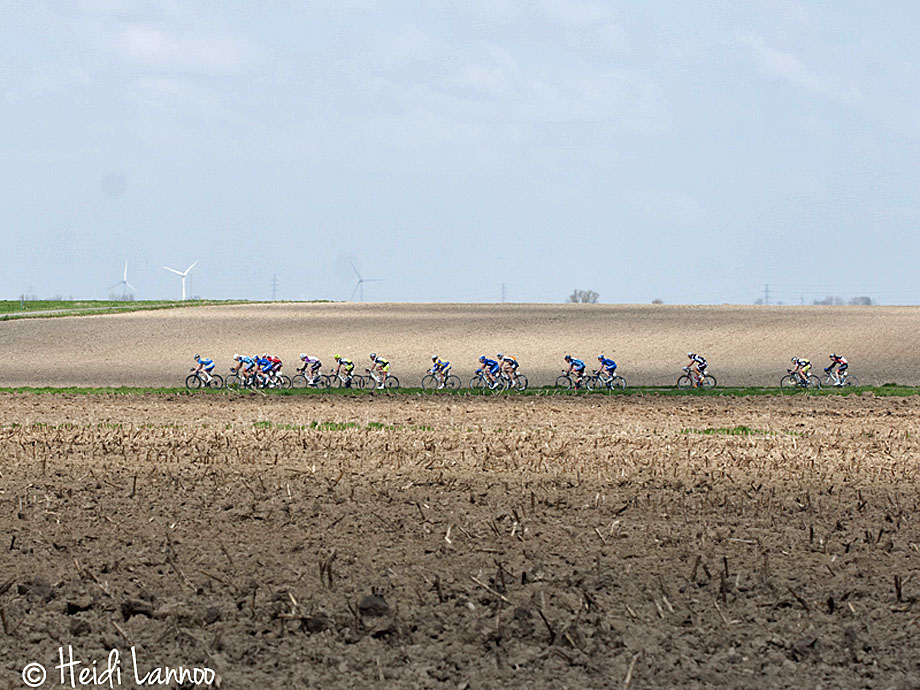 PEZ: Can you remember your first win?
My first win was in Evergem-Wippelgem in 1988, I was 15 years-old then

PEZ: Tell us about your crash – when was it, how did it happen, what damage was done to you and how did you fight back from it?
It happened on 25th of April, last year in Ledegem, I wanted to ride across to a group in front of me, I looked back for a second behind me to see if I was alone in the attack, and then it happened. I lost control and smacked on the ground; full on my back. Eight broken vertebrae, four broken ribs and a collapsed lung. First I had to stay for a week in hospital. Then I could recover at home. Rest was the best medicine. After seven weeks I got the green light to go on the bike and there started the comeback. The weather was perfect so I could make big training runs. Sometimes with my mountain bike, sometimes with my road bike. It was fun. And I was happy because on my bike I had no pain! 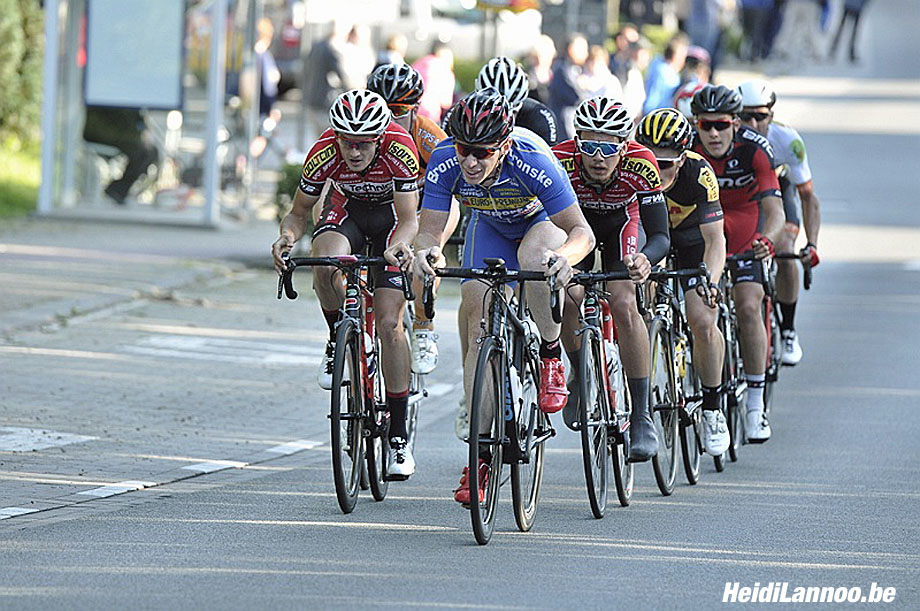 PEZ: Has the Belgian Media made a fuss about your 400th win?
No, there was just an article in the newspaper.

PEZ: When you hit 200 wins did you ever think you would go on to double that?
Never! But it never occurred to me to stop, I just kept on racing! 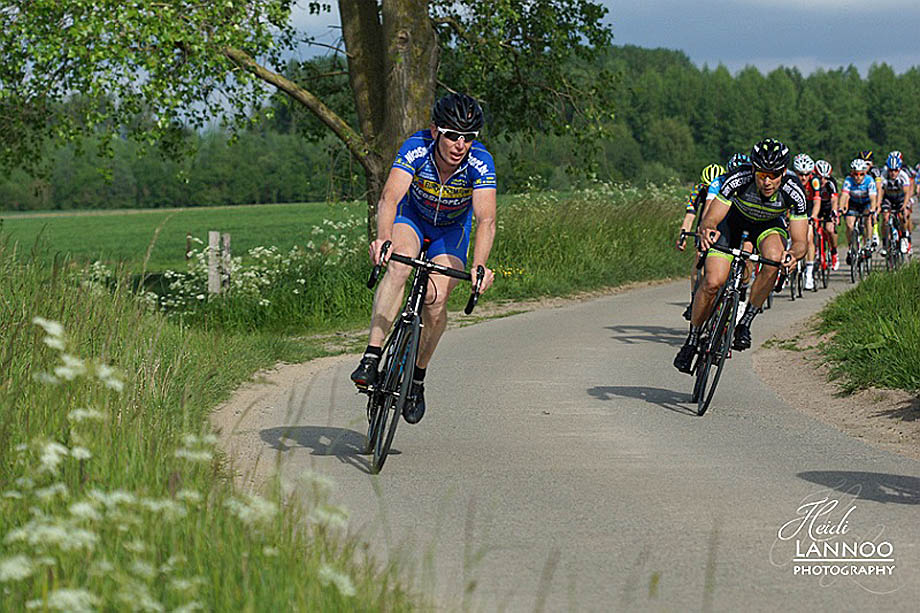 PEZ: Is there a win which stands out above the others?
No, every victory has its own charm! 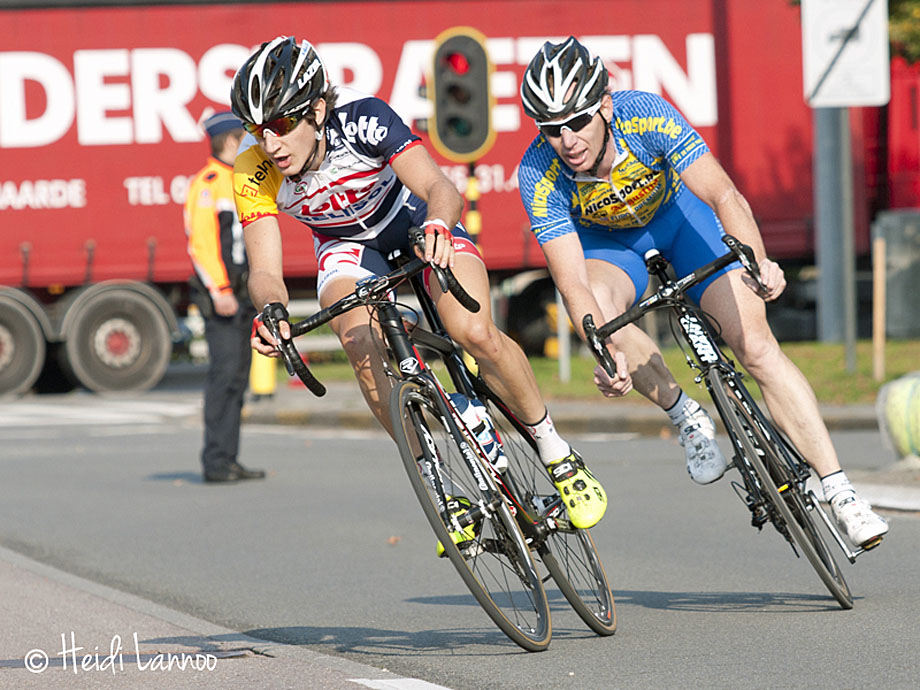 PEZ: Do you have a favourite race and why that one?
Not specifically but I do like a parcours with many corners!

PEZ: Are you still working full time; what do you do, how do you fit it all in?
I work four or five days each week at Adient in Assenede. That’s a factory where they make the seats for Volvo cars. I’m a technician, I work a two shift system; 05.15 am until 13.15 pm; and 13.15 pm until 21.15 pm so training is in the morning or in the afternoon (when I’m not too tired). 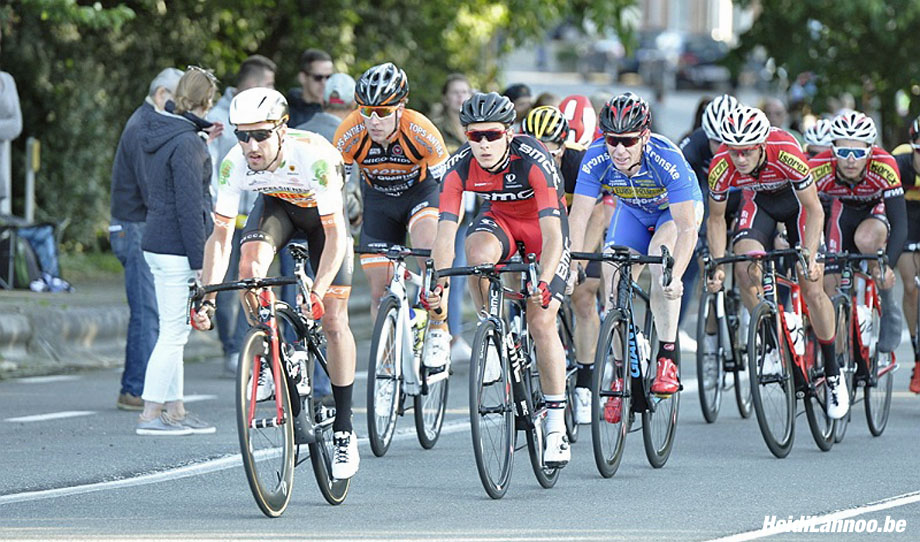 PEZ: Tell us about your training – do you have a coach?
I never had a training schedule. No coach. I train on the feeling. Always listening to my body.

PEZ: And you race MTB as well?
In the winter I like to do some MTB but now it’s getting difficult because my little boys do cyclo-cross, so I go with the bike to the ‘cross to watch my boys; and if the circuit suits me I also take part in the race for my category. Now in my recovery period I’ve done some MTB, sometimes with the little ones. But I also like races with the mountain bike. I’ve participated a few week ago the ‘Mountainbike van Vlaanderen’ – a three days event with a prologue (on time), first stage 127km and last stage 105km with a lot of climbing. It was hard but it was fun! 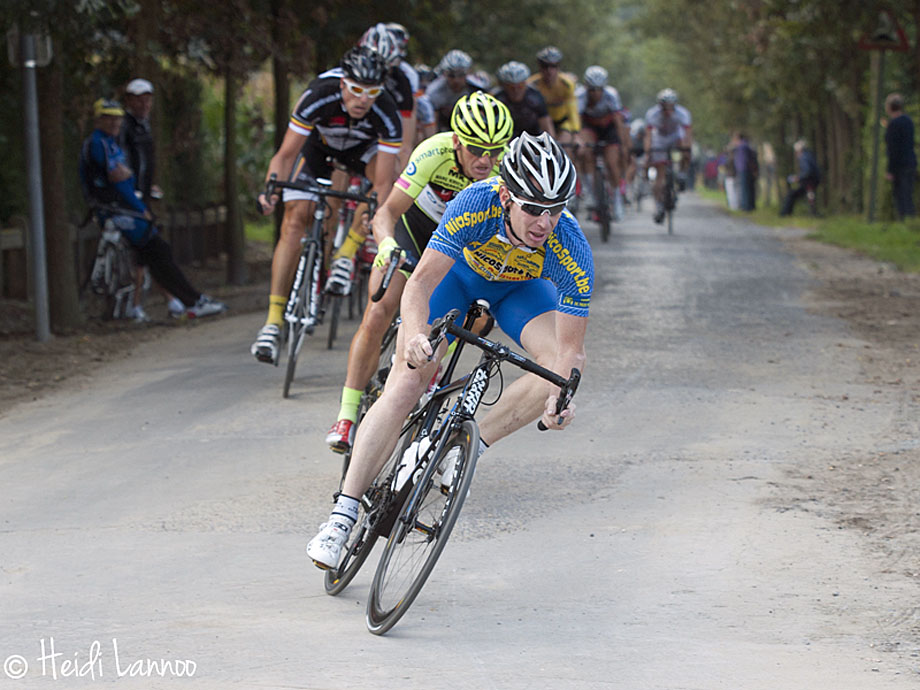 PEZ: How does Mario Willems relax?
Laying in my seat with a good movie! 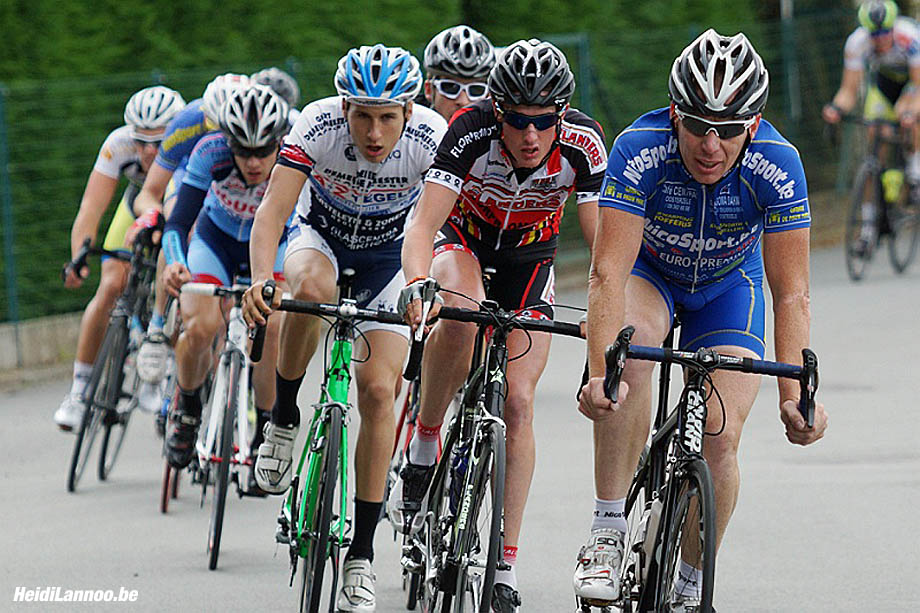 PEZ: Over the years who was hardest to beat?
I’ve survived several periods of racers, I’m already racing with sons of fathers with who I’ve raced against in the past; every period had its good riders, no one specific. 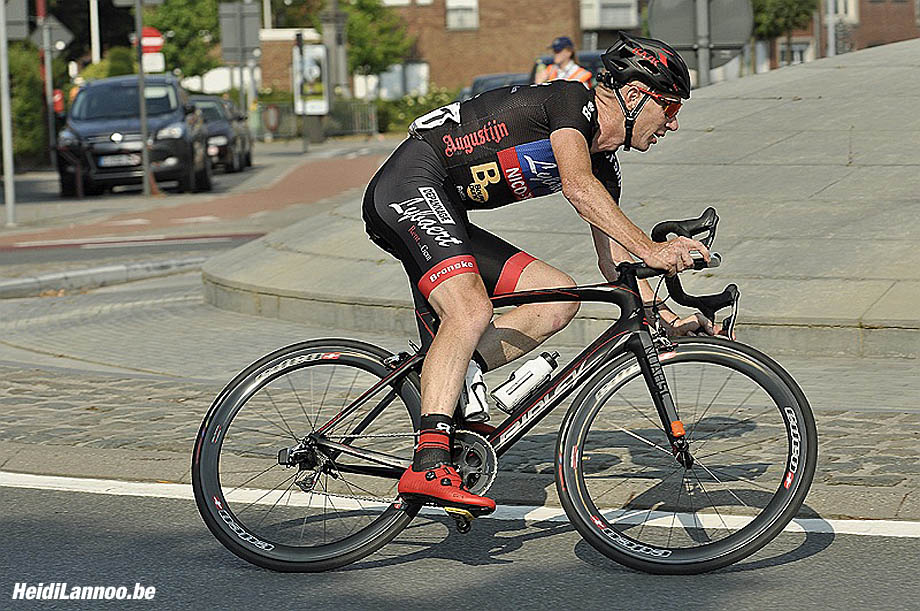 PEZ: How hard are you on equipment – frames, wheels, tyres, cassette, chains. . .
I like good material and I take good care of it. 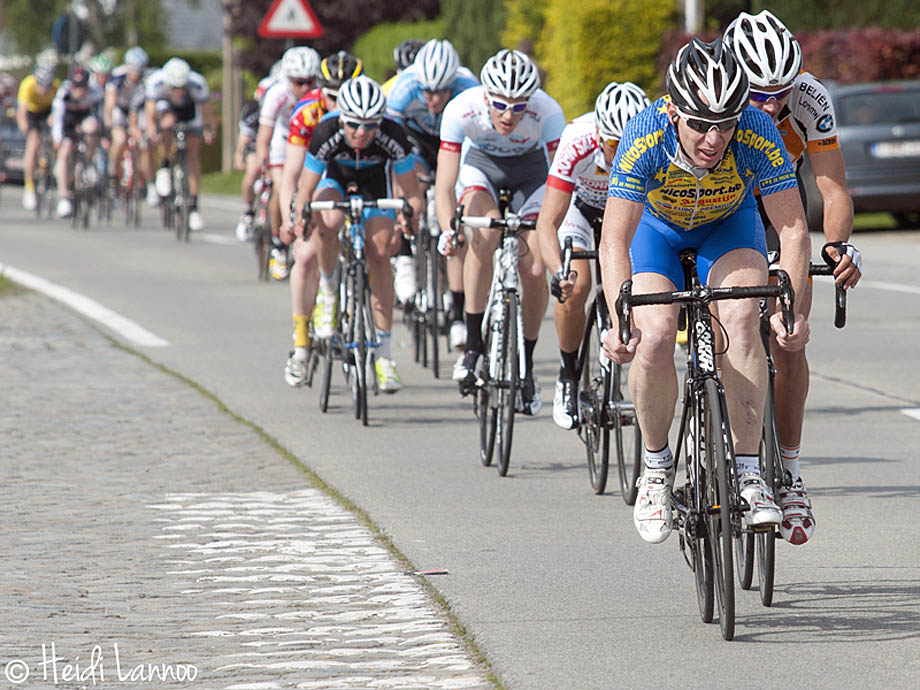 PEZ: How do you find the motivation to keep doing what you do?
It’s the best way to make my head empty. I enjoy to hurt my body to give everything – I can’t find the right English words – ik hou niet van afzien. We translate that as: ‘I don’t like to give in.’

PEZ: For how much longer will your name be on the start sheets?
For as long as I have fun! 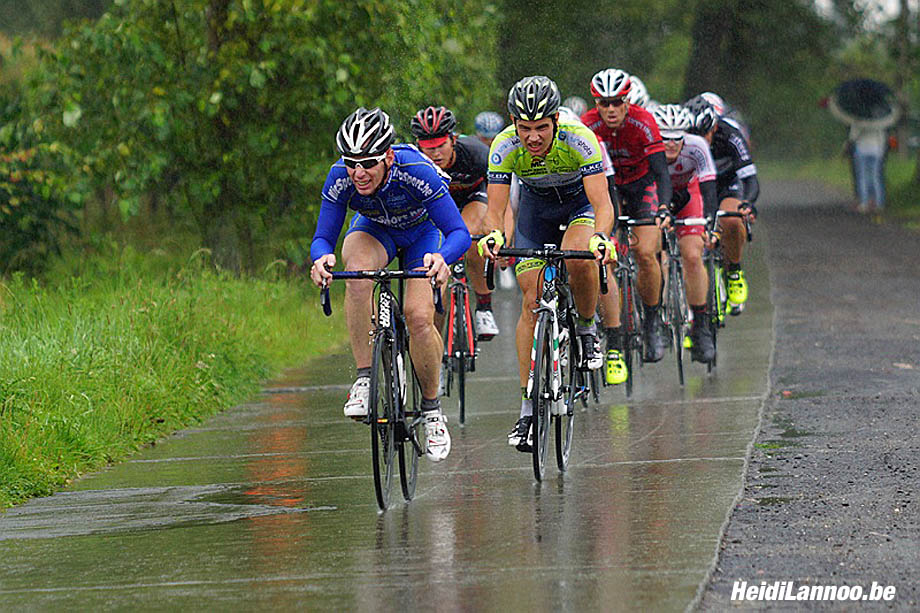 He’s one remarkable man; to win just one Flanders kermis would be a dream come true for many riders.
We didn’t like to mention 500, but. . .

# With thanks to Mario and to Heidi Lannoo for her time and photographs. If you like the Belgian kermis scene, Heidi’s pictures are some of the very best around, check out: heidilannoo.be # 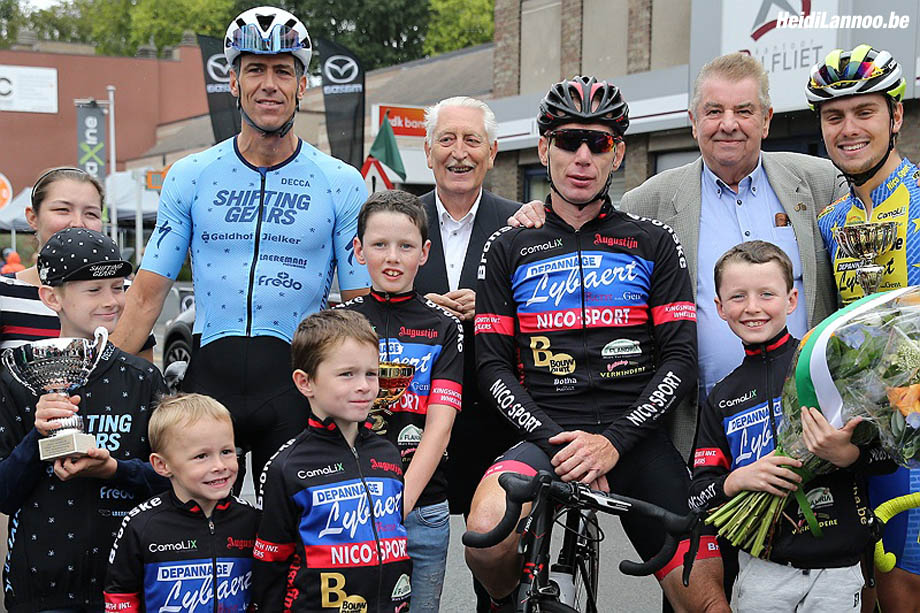