It should be a formality for the Milram train, run a high tempo, to stop the late breaks, keep the last kilometre guys fresh, dump Ale Jet at 200 to go and then start thinking about the victory party. But there’s something wrong, they’ve had to commit the last K guys way out and those nodding heads, flicking elbows and twisted faces tell the story of a train about to derail…what went awry?

The cause of their woes in the 2006 Gent – Wevelgem? Lotto’s Bert Roesems; he went at 15 K to go and just won’t come back. There aren’t many guys who can hold off the Milram boys in the finalй, never mind crack them, but Bert can. 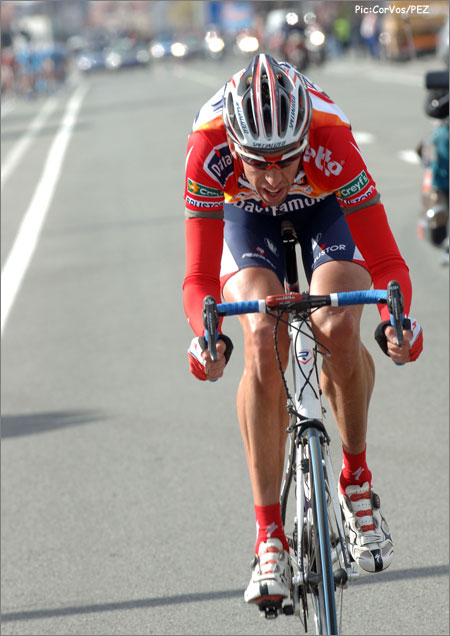 He didn’t make it across the line first that day – Thor Hushovd did that – but it was fantastic bike racing.

Bert was the victim of a high speed, pelvis breaking crash in last year’s Vuelta, it’s been a long, difficult year for him, but recent signs of form have been encouraging. We rang to ask about how he’s feeling; his team mate Cadel Evans and – the ‘D word.’

PEZ: What’s on the agenda, Bert?
Bert: I’m in Denmark just now, the Tour of Denmark starts tomorrow (July 30th). I rode the Tour of Austria from the 6th to the 13th of July and I started to get some good sensations. I was 11th in the time trial at 1-30 on Bert Grabsch.

It’s not exactly a world class performance, but I felt like my old self again. Its taken this long for the deep muscle tissue I lost to be rebuilt. Because of the injuries, I could do nothing but lie on my back for weeks – I lost a lot of muscle. 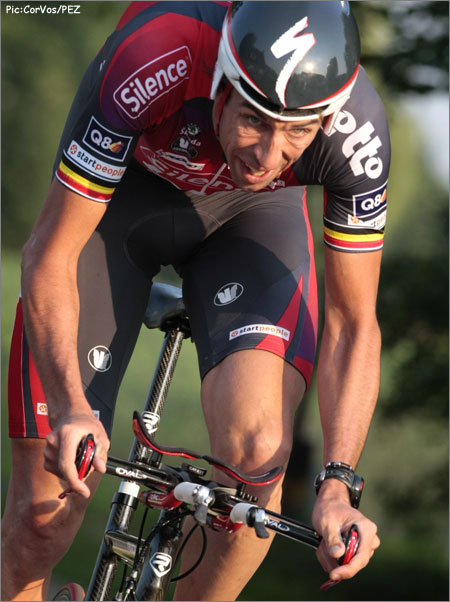 PEZ: How is Cadel?
Bert: Obviously it’s better that you win than finish second, so he’s disappointed; especially when he came so close. I don’t think that Cadel rode a bad time trial on Saturday, he rode an average one for him, but it needed him to ride a ‘super’ one to win. At the end of a three week race, it’s not just down to who is a good time triallist; it’s about who is freshest. Sastre rode a good time trial, he was fresh; apart from his big attack on L’Alpe D’Huez he rode a defensive race.

PEZ: Riis played it right on L’Alpe?
Bert: They are saying that there was a big bluff that day, but everyone knew that Schleck would loose six or seven minutes in the time trial.

It was just that Sastre was too strong, you can go with him or you can’t. You must remember that Sastre knows how to look after himself in a big race, he’s been at the top for a lot of years now.

PEZ: I have to ask – Ricco and company?
Bert: It’s good they are caught, we need to get them out of cycling. I condemn them and I am glad that French law has caught up with them, they should have kept him in jail!

PEZ: Why did they risk it?
Bert: I don’t think they realised that they would be caught. I think that now, for the first time, the testers technology, knowledge and expertise is in advance of the drug takers.

PEZ: Saunier pulling out is bad news.
Bert: A Pro Tour team directly employs 60 or 70 people, so if a team folds then that’s how many people are out of a job. 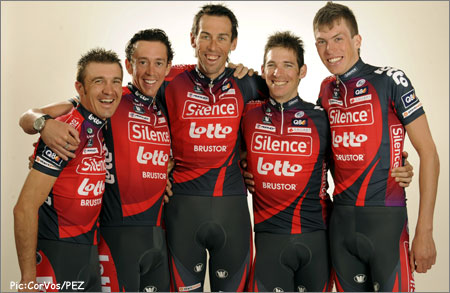 No worries for Bert’s team until at least 2011.

PEZ: How is you sponsor?
Bert: We are solid, the Belgian national lottery has renewed to 2011, so we have no problems.

PEZ: Will we see you at Vuelta?
Bert: No, not this year, Austria and Denmark are good build up races for races like the Tour of Germany and Eneco Tour. 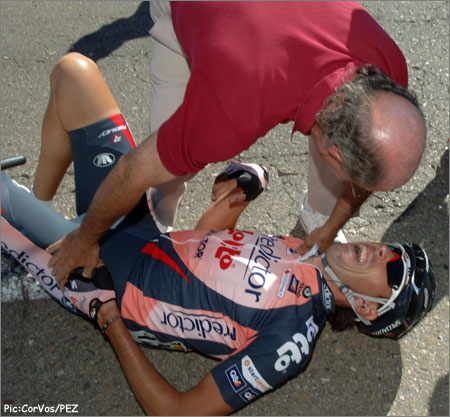 No Vuelta for Bert this year – last year’s broken hip is apparently enough Vuelta for awhile.

PEZ: Late season goals?
Bert: After those stage races I have a programme of one day races, which suit me, like Paris-Brussels and I really like to get some good results between now and the end of the season. 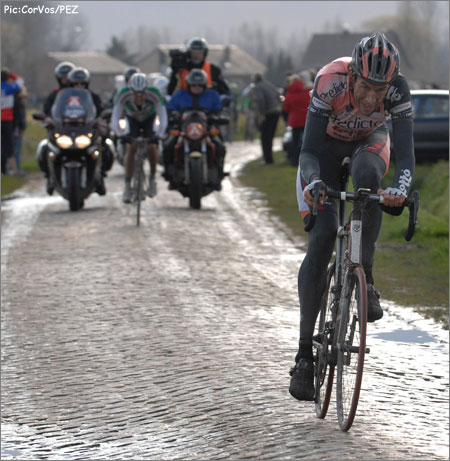 PEZ can’t wait to see Mr. Roesems charging off the front again – watch for him!

Bert versus the Columbia train – I’d like to see that one!