Rider Interview: Michal Kolář is maybe a name you’ve not hear that much, but when you see the work he does for double World champion Peter Sagan; he is a rider you should be watching. Ed Hood caught up with the Prague born, Canadian grown, Slovakian resident recently. 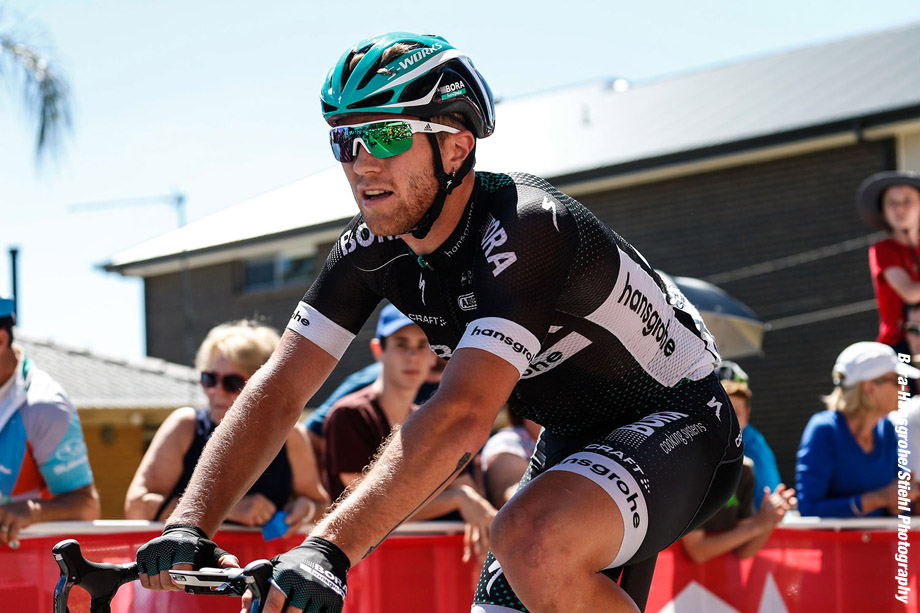 The start of the 2017 Tour Down Under

When PEZ reader Jeff Green pointed out to us that as a Canadian website perhaps we might be interested in World Champion Peter Sagan’s ‘Slovakian’ henchman Michal Kolář, we were intrigued. It turns out that the young man who was born in Prague spent his formative years in Canada before heading back to Eastern Europe to pursue his cycling career.

He first appears in the palmarès websites as a junior in 2009 with Nations Cup rides in Croatia, Austria, The Netherlands, Germany and Poland. The following season he finished the junior Paris-Roubaix and raced Nations Cup in Italy and Switzerland. His first senior year again saw him race all over Europe from Croatia to Poland and there was a win in the Krupina criterium in Slovakia.

Season 2012 saw him sign with Dukla Trentin-Trek and a hectic program saw him race in most countries between Morocco and Latvia and land two wins in Slovakia. The next year, still with Dukla saw wins in Hungary, Bosnia, Slovakia and Serbia. 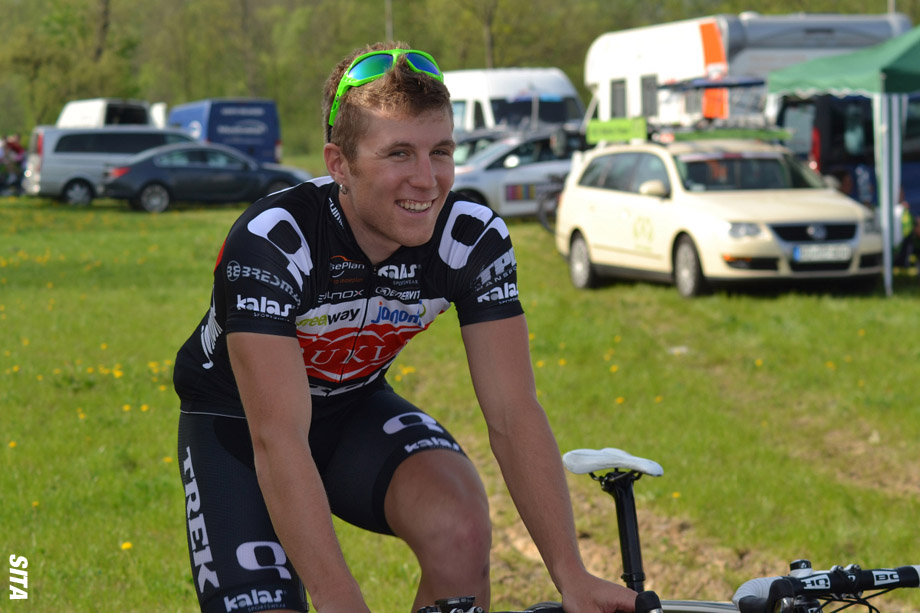 He signed with Tinkoff for 2014, where he would remain for three seasons, and took top 10 placings in the Tour Down Under and Tour of Langkawi. In 2015 there were top 10 placings in the Tour de Langkawi, Circuit de la Sarthe, Presidential Tour of Turkey, Arctic Tour of Norway and win a stage in The Tour of Slovakia. There was also a notable ‘near miss’ in the tough, late season GP Isbergues where Kolar finished second to French flyer, Nacer Bouhanni.

Last season saw a flurry of top 10 finishes in the Dubai Tour and Tour de Langkawi, a TTT stage win in the Tour of Croatia, a podium in his national championship and a top 20 in the mad desert Worlds before rounding off with three top 10 finishes in Abu Dhabi Tour. This season hasn’t seen a lot to record on the palmarès front but there’s been a lot of hard work done in the service of the World Champion. We caught up with Michal just before the recent Paris Roubaix where unfortunately Lady Luck didn’t smile upon Mr. Sagan. 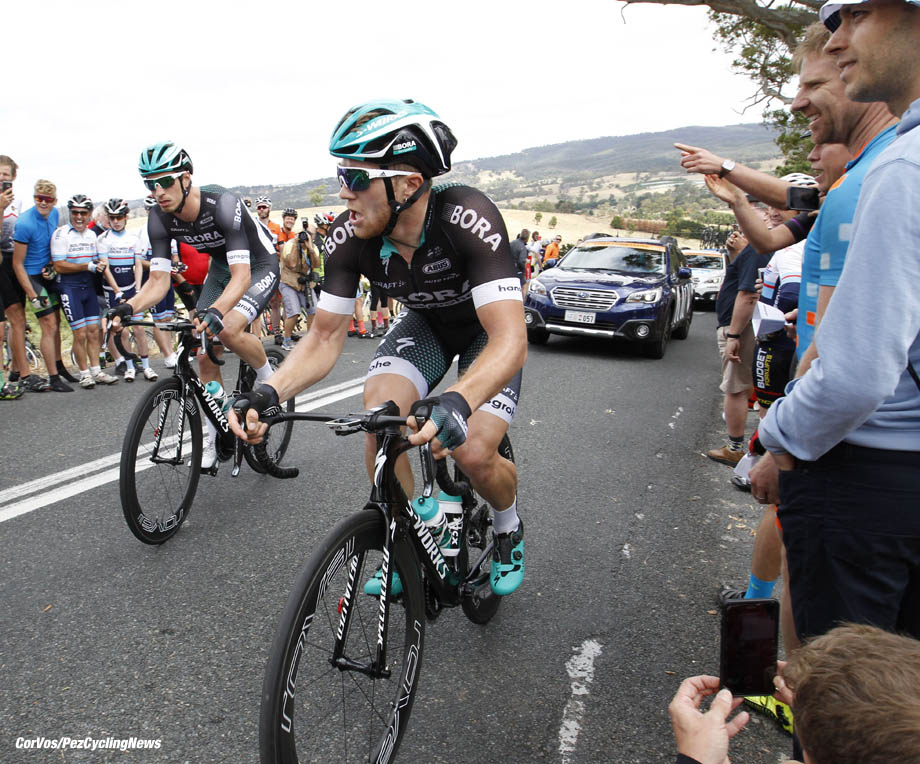 PEZ: I believe you grew up in Canada, Michal?
Michal Kolář: I was born in Prague and moved when one-year-old to Toronto; then at 12 years-old to Slovakia.

PEZ: How did you get into the bike?
Through my step father, he was a cyclist in Slovakia and had his own bike shop in Toronto.

PEZ: You raced MTB in Canada?
From seven years-of-age I raced MTB but then in Slovakia there were better options to road race. I was in a youth team with Peter and Juraj Sagan, we were all in a sports high school. 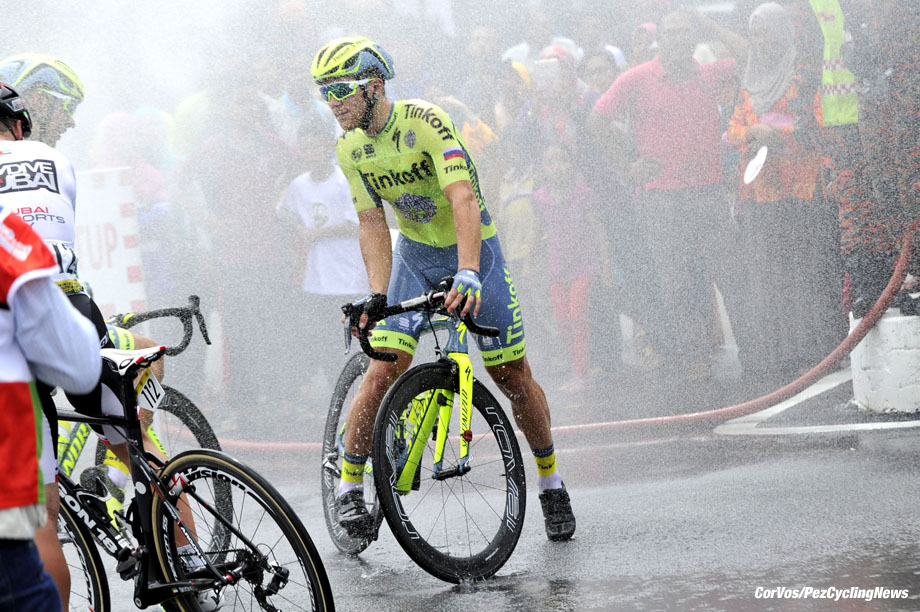 PEZ: How/why do you represent Slovakia and not Canada?
Just because it was easier and also because of the team in Slovakia. It was also better to race in Nations Cups when I was Junior.

PEZ: Your uncle still has a bike shop in Canada?
Both have a shop, my step father and my step uncle. 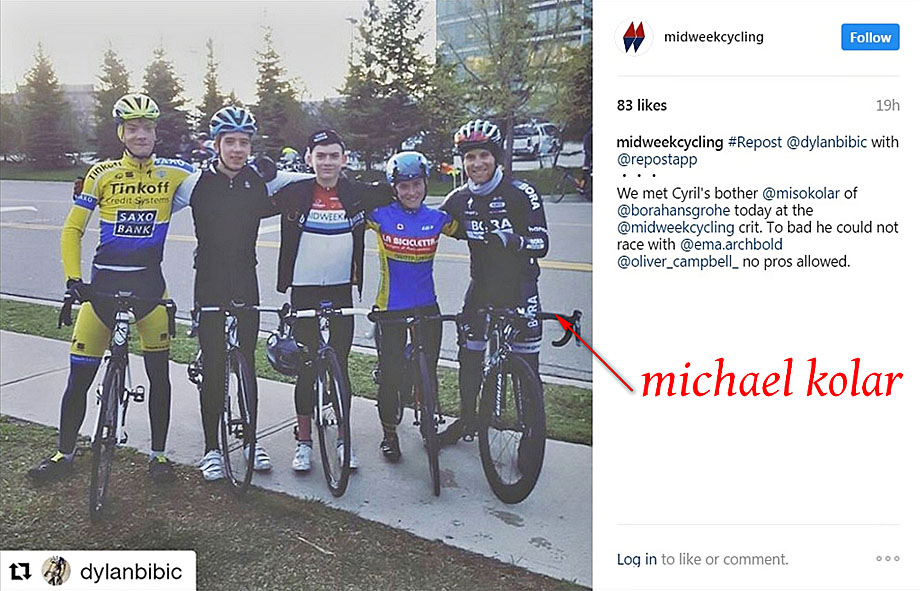 PEZ: Where’s “home” for you now?
I live in Slovakia. 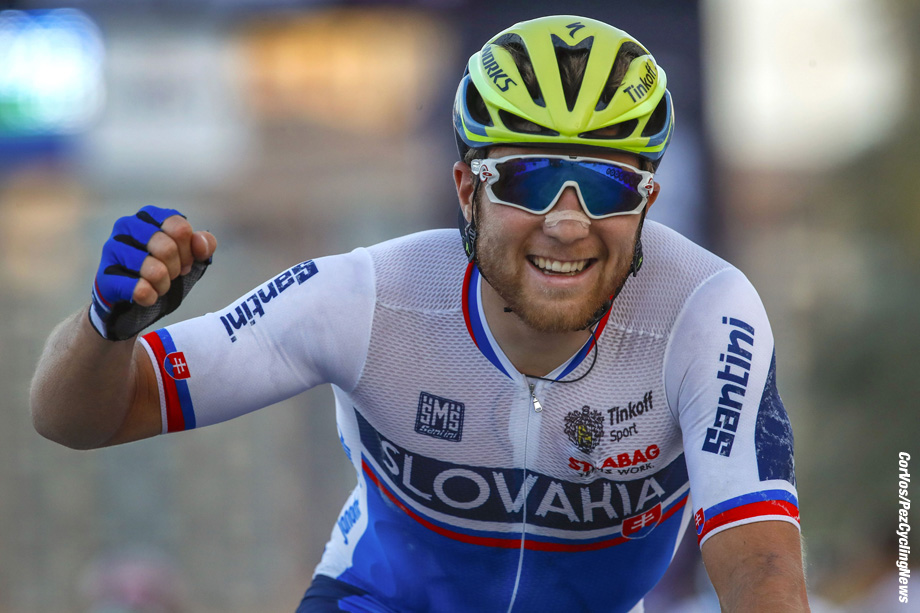 PEZ: How would you describe yourself as a rider?
I was always more of a sprinter, now I’m at a stage where I need to rediscover where I will end up as a rider.

PEZ: You raced a lot in Eastern Europe and The Balkans before you signed with Tinkoff – what’s the level like?
The teams are all at Continental level and a lot of the teams race in Belgium and Italy to gain experience. It’s a decent level so I felt the step up to racing with Tinkoff wasn’t that that hard. 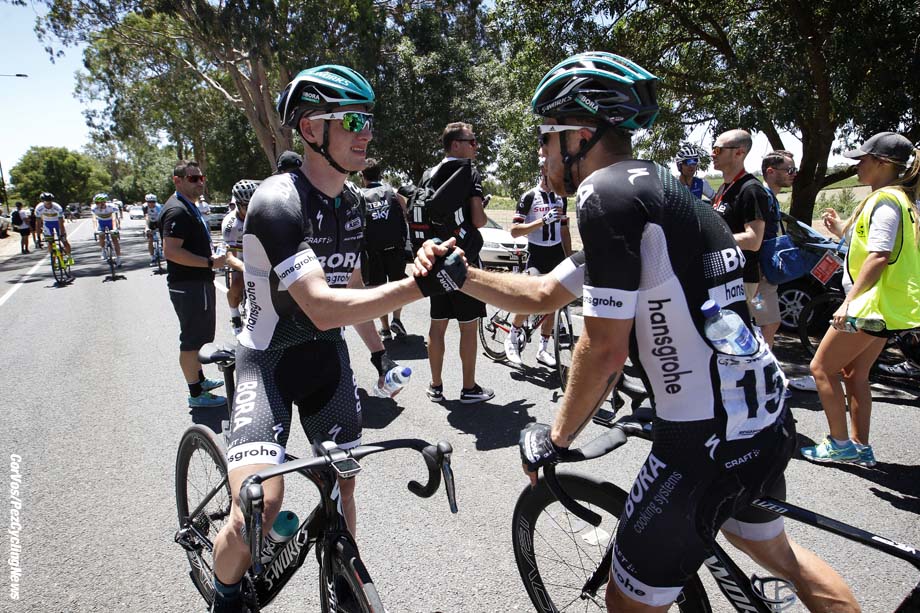 PEZ: What’s your role in the Bora team?
Mainly I help Peter in the Classics. But it’s also about development for the next years – the race program I have is good for that too.

PEZ: Tell us about being a team mate of Peter Sagan’s.
Peter is really nice guy. It’s a lot of fun being with him. For me he is still ‘just Peter,’ not the biggest star in cycling. 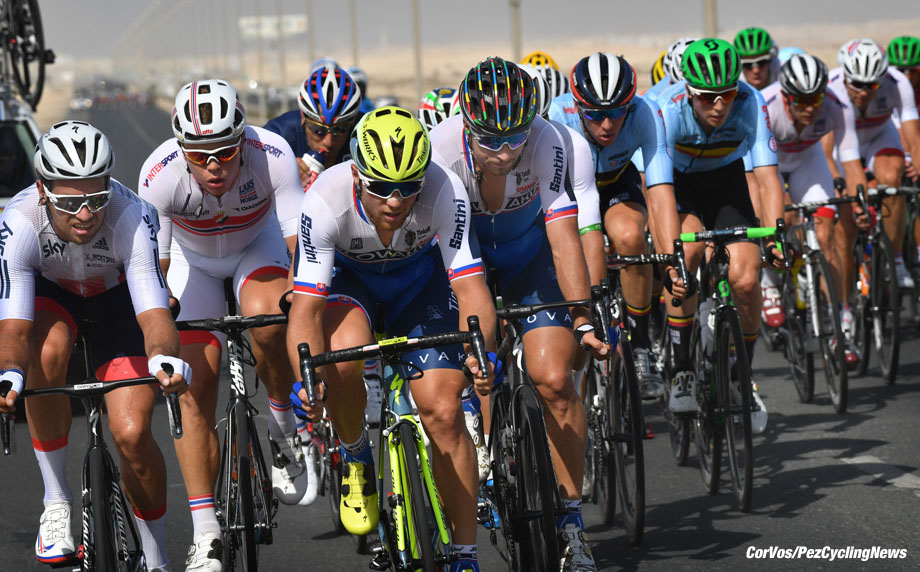 PEZ: You were top 20 in the Worlds last year, that was a nice result – but I believe it was a crazy race?
At the key point – the big split out in the desert – when the shape of the race was decided, everybody knew that a big effort was needed to be in the right place. I am fast, so it was easy for me to do one sprint to be on the right side of the split.

PEZ: Paris-Roubaix is coming soon – How do you feel about that ride?
Excited. I have to do my job in the first part of the race, covering bigger groups, maybe pull in the front of the peloton if we have to close on someone.

PEZ: And if you could win just one race, it would be?
The World Championship. 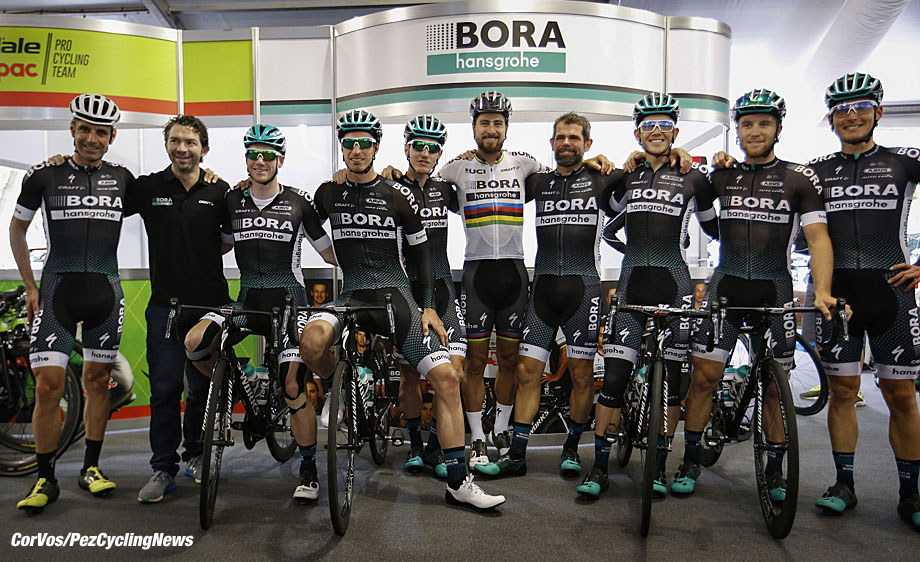 The 2017 Bora-Hansgrohe Tour Down Under Team

# With thanks to Jeff Green for pointing out Michal’s heritage to us. # 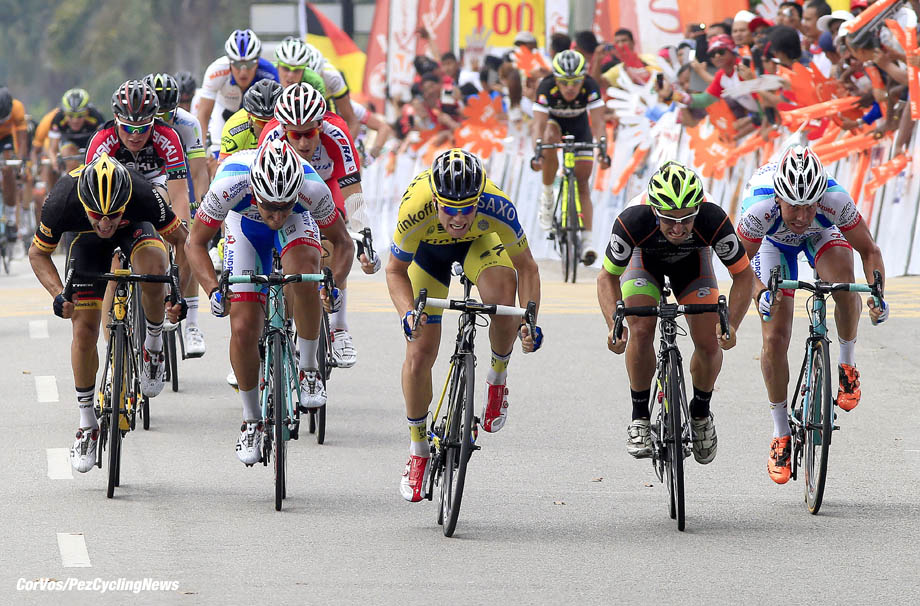