Rider Interview: With the Vuelta a España about to start, Ed Hood talks to an aspiring young rider who is cutting his teeth with the Spanish ProContinental Burgos-BH team. The team will be on the start line in Torrevieja without Matt Gibson, but he has already had a successful 2019 season. Matt gives Ed the lowdown. 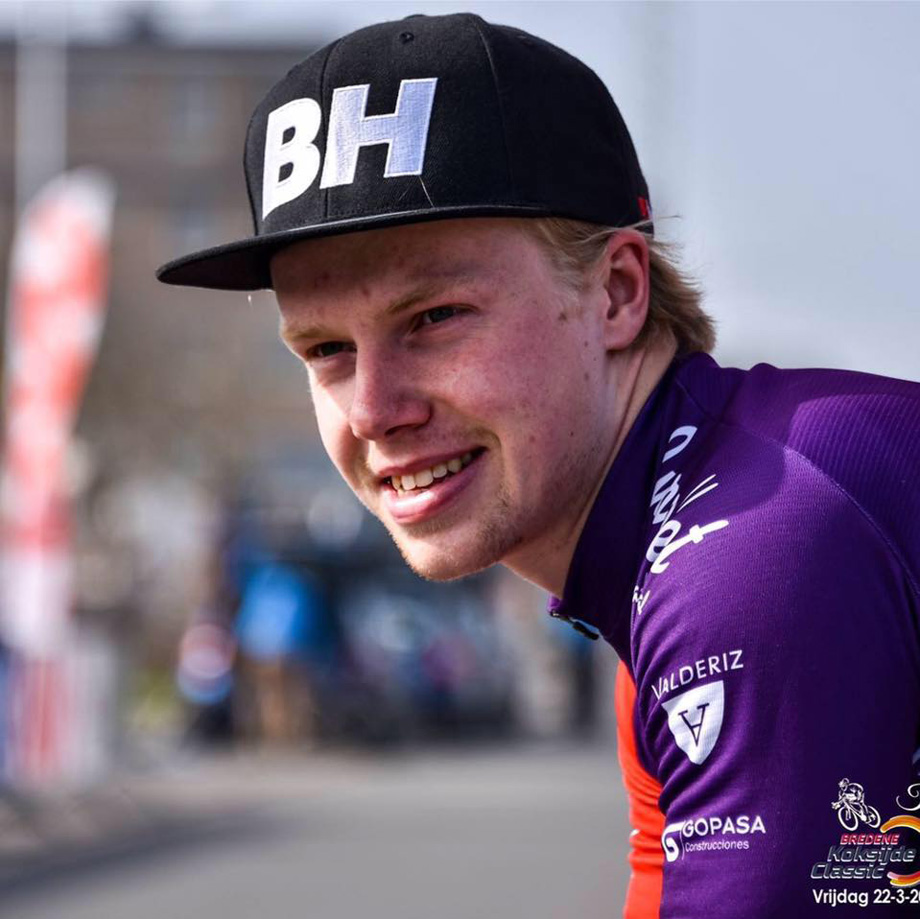 Everyone can’t be Mathieu Van Der Poel or Remco Evenepoel; it takes a minute or two to find your feet at pro continental level for most riders. Last season, Englishman, Matt Gibson was with the late lamented British continental team JLT Condor – there were UCi stage wins for him in the New Zealand Cycle Classic, Tour de Normandie, Tour du Loir et Cher and most significantly, that huge shop windows for the pro team talent scouts, the Tour de l’Avenir. 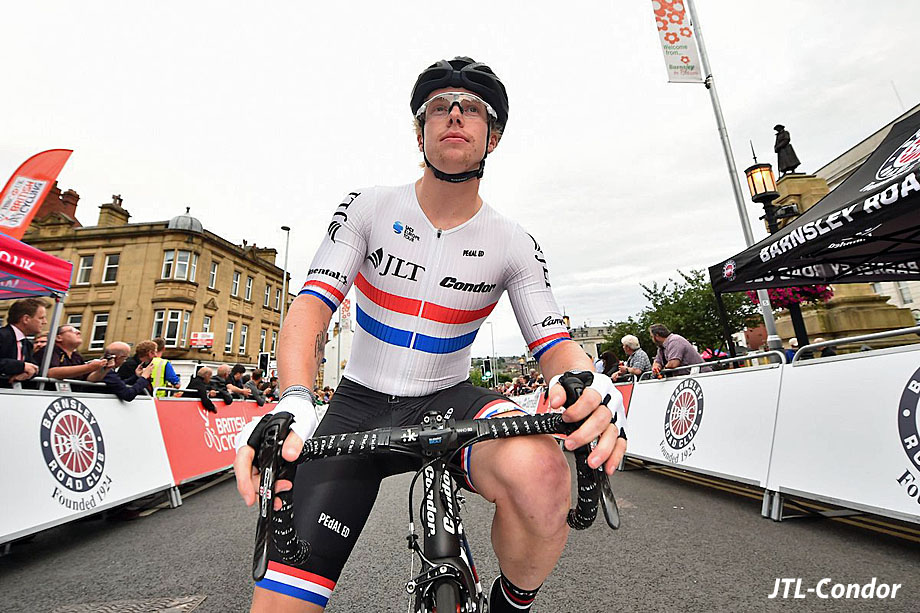 And that’s not to mention his win in the 2018 British Criterium Championship. Those performances got him a ride for 2019 with Spanish pro continental team Burgos-BH. The Spanish team which carries the name of the City in north western Spain and is sponsored by BH bikes has been around in one form or another since 2006, so is no flash in the pan. And whilst there have been top 10 finishes for Gibson in the Tours of Turkey and Madrid so far this year, there had been no wins. 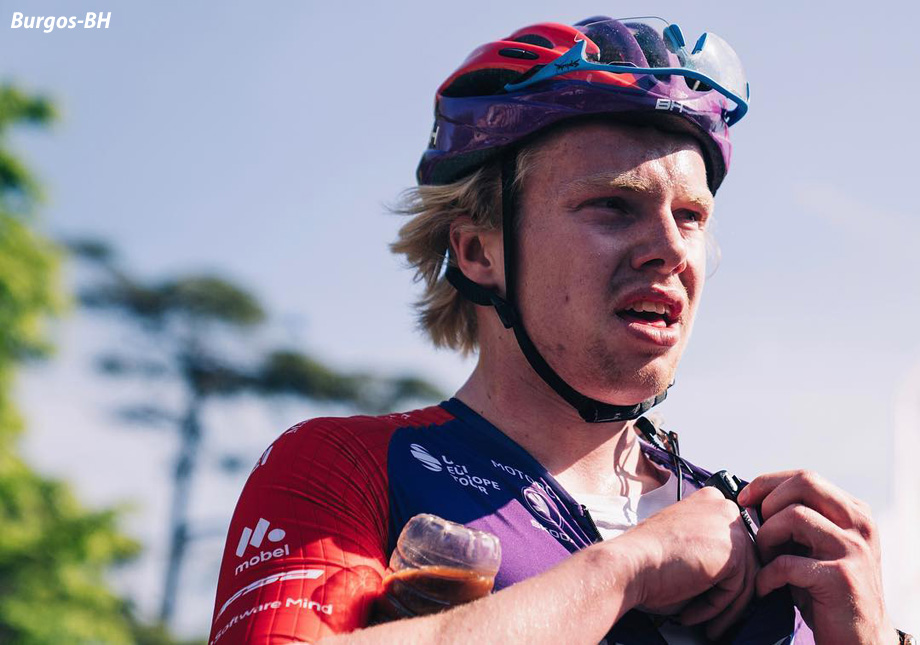 That changed at the Tour of Qinghai Lake – a major race in Asia which has the misfortune to clash with a certain Tour de France, thus it’s only anorak wearing folks like PEZ editor, Alastair Hamilton and your scribe who keep an eye on results coming from the high plateau. Gibson took three top 10 places in the earlier stages at Qinghai; and on the final leg, the 13th stage around the historic city of Yinchaun on the Yellow River he gave the team it’s second UCi win of 2019, out-dragging a 120 rider peloton in the process. 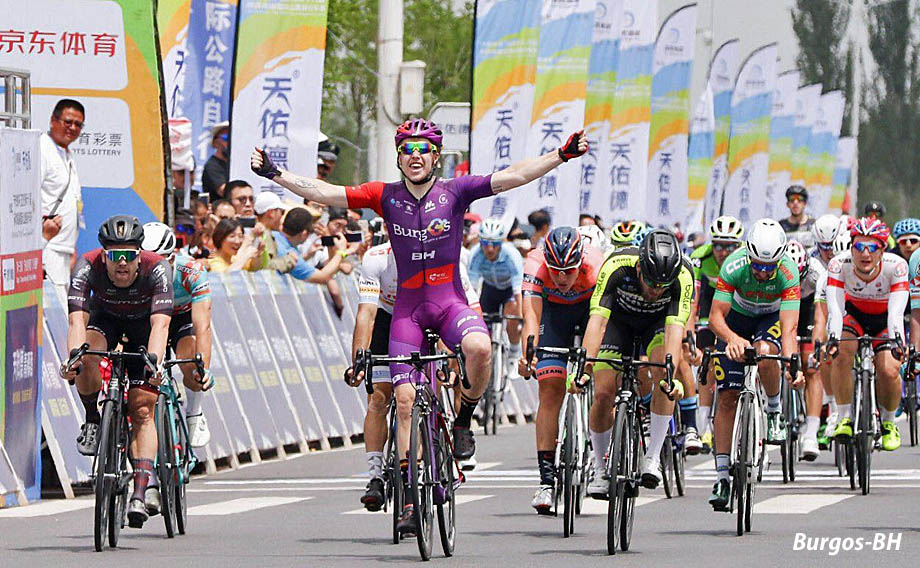 His speed comes from his background on the track; in 2013 he was British junior kilometre and pursuit champion. A year later he was winning the U23 Gent ‘6 day’ with Team Ineos’ 2019 Tour of Yorkshire winner, Chris Lawless as well as defending his National Junior Pursuit Championship.
In 2016 he took the European scratch race title and was a member of the winning GB Euro team pursuit squad. Late season 2016 and 2017 were compromised due to illness before he came back with a ‘bang,’ last year.

We let the Qinghai jet lag settle then gave him a call. . . 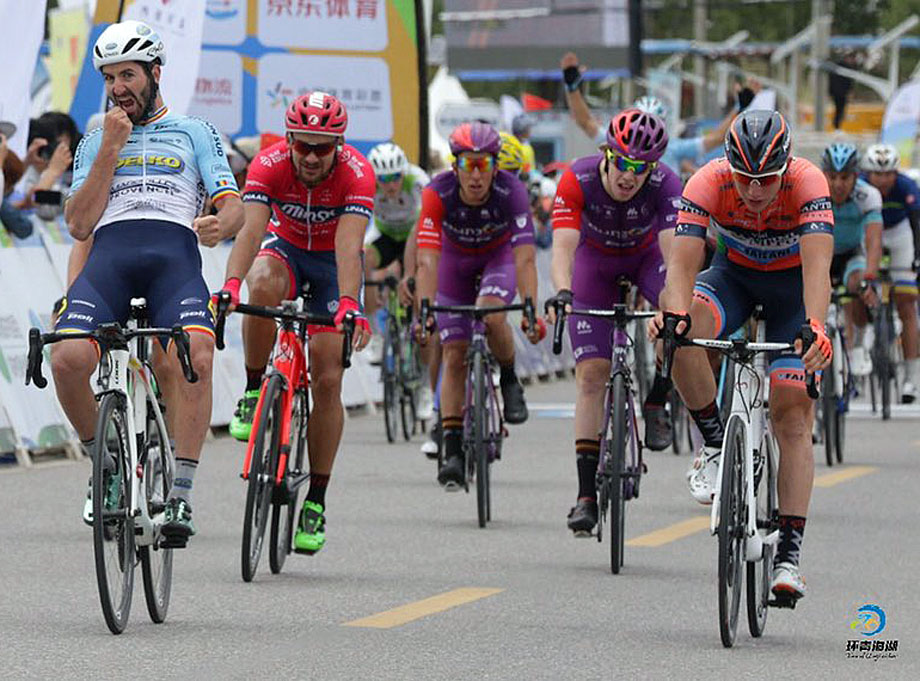 PEZ: Congratulations, Matt – those Qinghai finishes look a tad hairy. . .
Matt Gibson: Most of the stages aren’t too hard so you get a lot more guys thinking that they can get a result and contesting the finales than you normally would. The roads are wide and straight so the finishes are super-busy with ‘waves’ coming in and unless you’re careful you can get washed away, you can easily go from 10th to 50th in that situation. The last stage was a simple circuit, six times 20K or so on super-wide highway. My team let the break go and I sat pretty relaxed in the bunch then my team took me up in the last five K and I didn’t have to fight for position. I managed to follow a couple of good wheels and then poked my nose out into the wind. 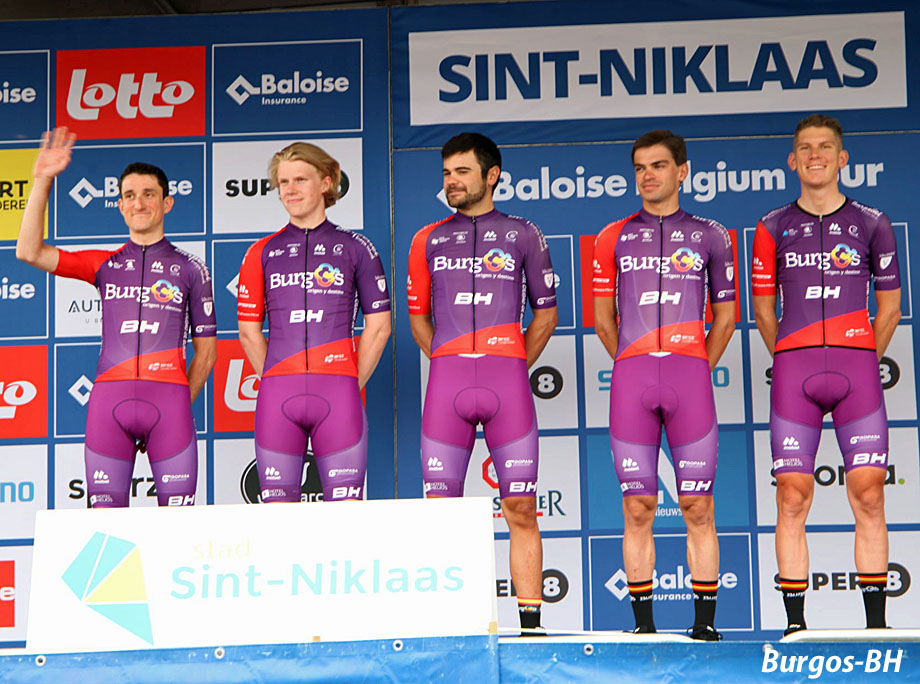 PEZ: That’s just the team’s second UCi win of 2019, they must be pretty happy with your performance?
Yeah, my team mate Jose Fernandez won a stage in the GP Agostinho in Portugal in July so they’re happy to get another. 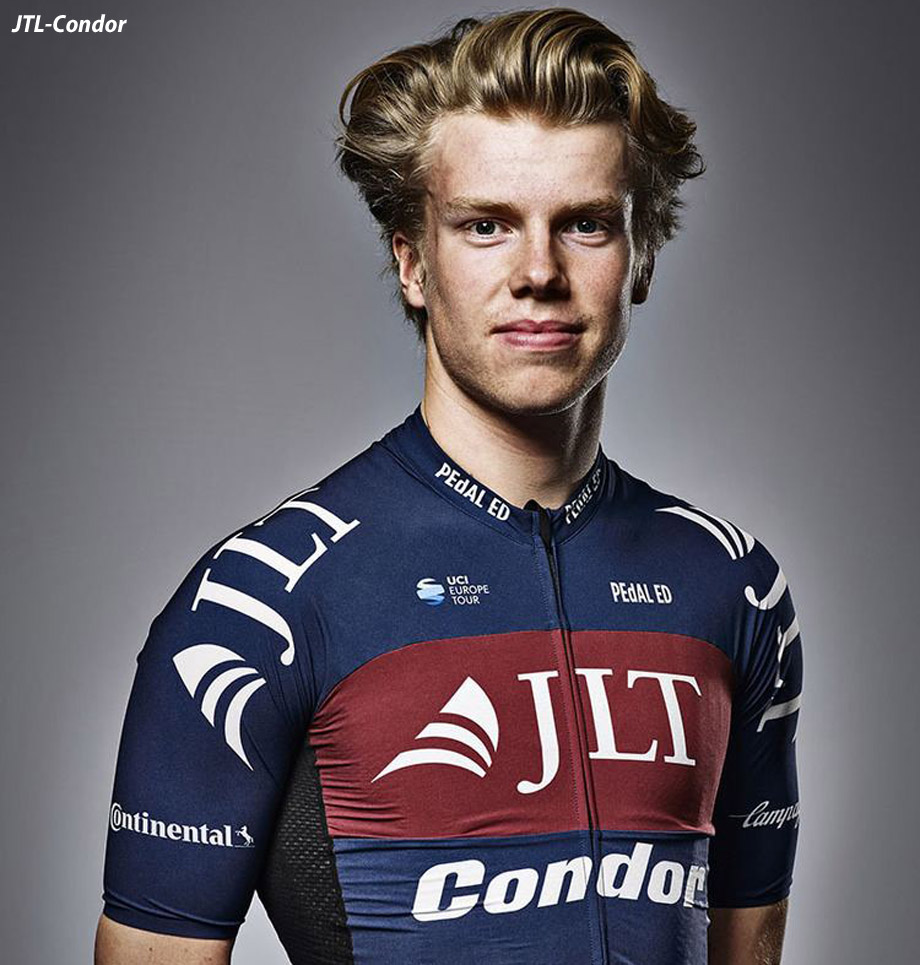 PEZ: Are you happy with your race programme?
I’d like to race a little bit more; with JLT Condor last season I was racing most weekends and riding mid-week crits too. This year I haven’t raced so much and having been spending periods of two or three weeks at a time just training. I think racing more does suit me but the reduced race programme is just something I’ll have to get used to. 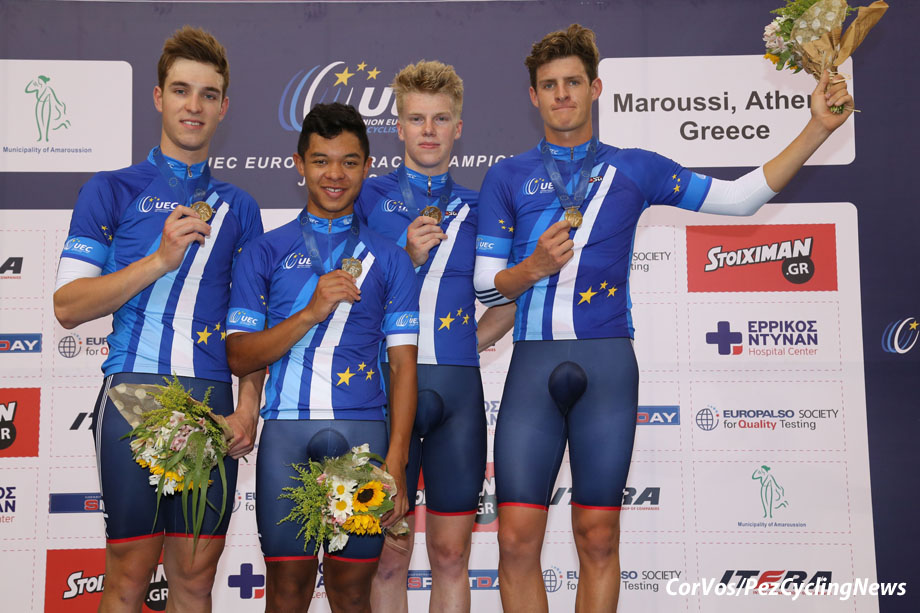 PEZ: How has the step from U23 to pro continental been?
Not quite as I expected, it’s more relaxed and there’s more space in the peloton – until it really matters in the finale. It’s more controlled – in U23 racing there are so many folk riding for themselves. Everyone is riding thinking of the bigger picture in pro continental and World Tour races. 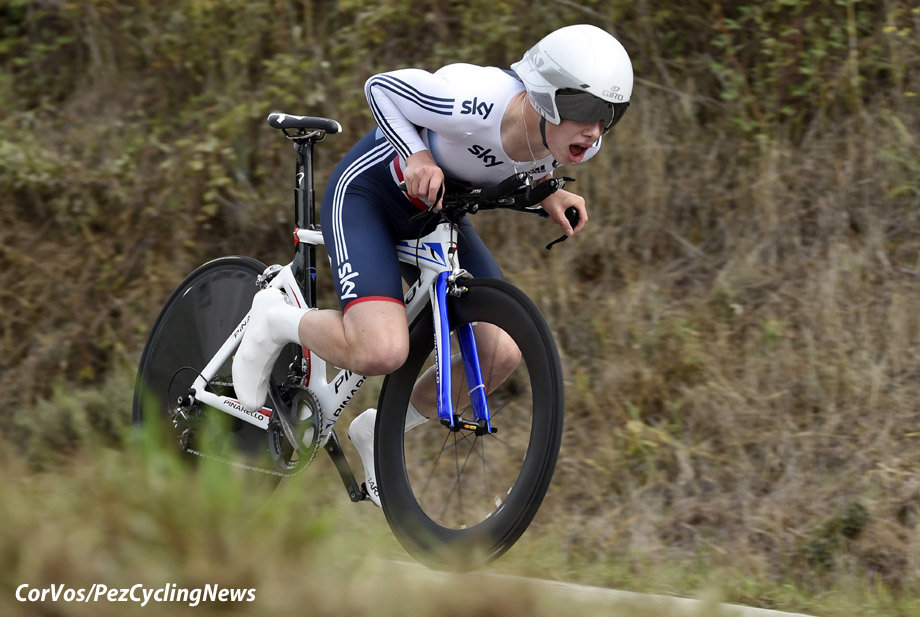 PEZ: Has your training load stepped up?
I’ve tried to step it up, do more hours on the bike but much of the time you don’t get a lot of notice about what you’re going to be riding so it’s hard to peak/taper. Since the Nationals in late June it’s been a bit up in the air where I’m going to be riding. I have to say though that stage races suit me best; as other guys are fading I seem to be good in the later stages. 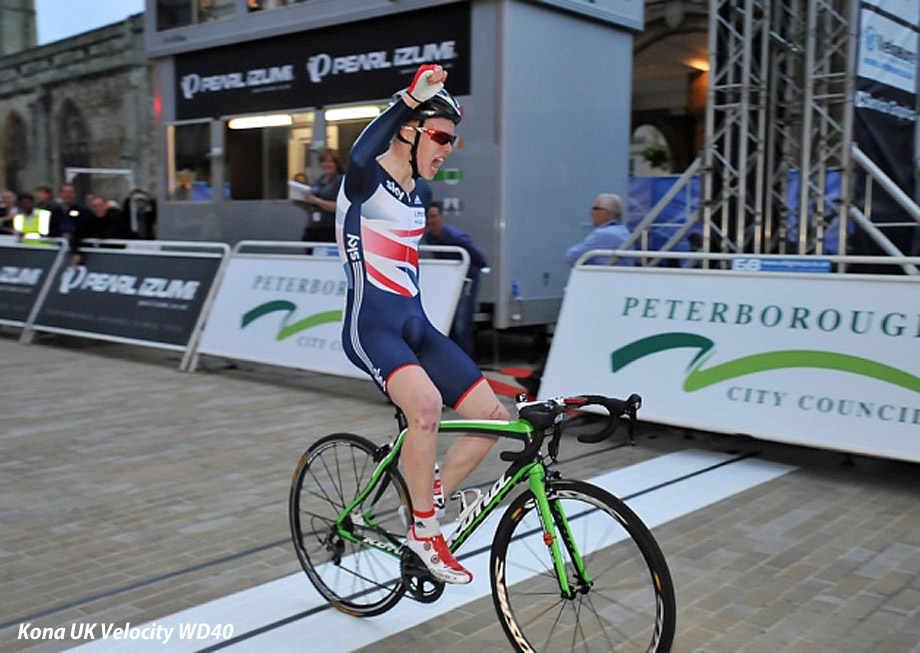 PEZ: And are you still based in Lymm, Cheshire?
Yes, I just fly in and out as required – I have no idea if I’ll be selected for the Vuelta, which the team is riding. Right now I’m having a few days off after Qinghai then I’ll get back in to training. 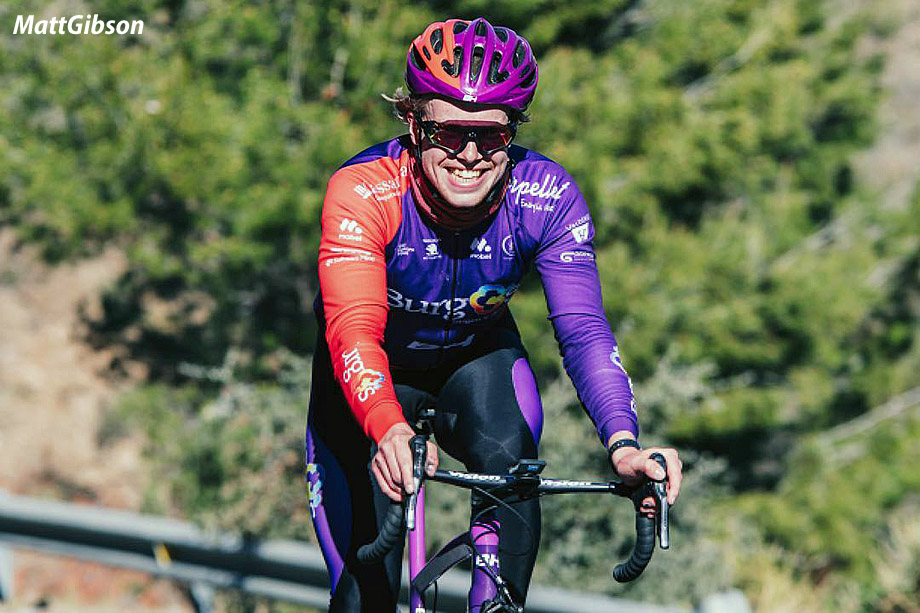 PEZ: How’s the Spanish coming along?
I can understand it much better that I can speak it; language course are one thing but listening to and trying to converse with your team mates is another. 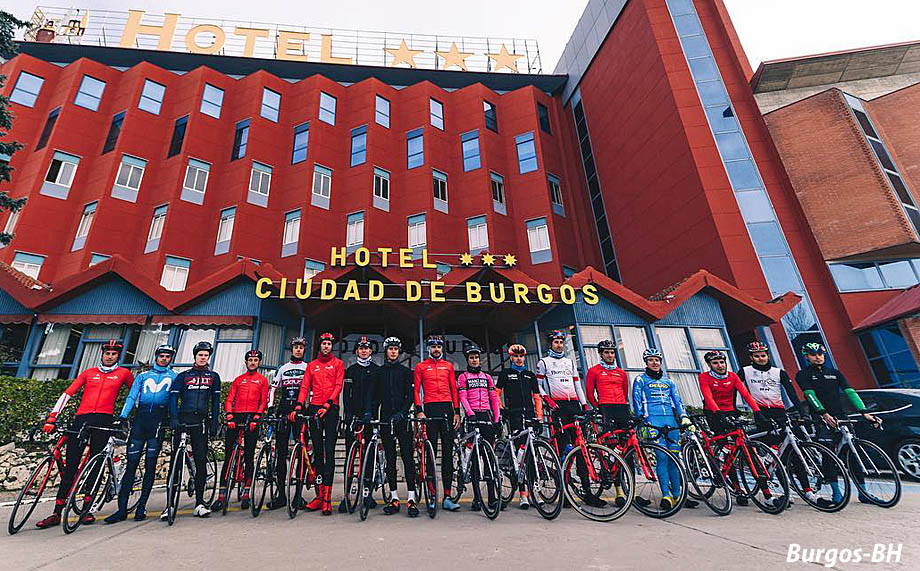 PEZ: Is former British Elite Champion, Kristian House still coaching you?
I rather do my own thing but I’m still in touch with Kristian. The team like to keep an eye on my test results; it’s nothing too scientific, what watts can you maintain for 20 minutes and stuff like that. But the team has just got a new guy on board who I believe is going to bring a bit more science with him. Whilst I do interval work I also do the hours to try and build endurance for the longer distances I’m racing now. 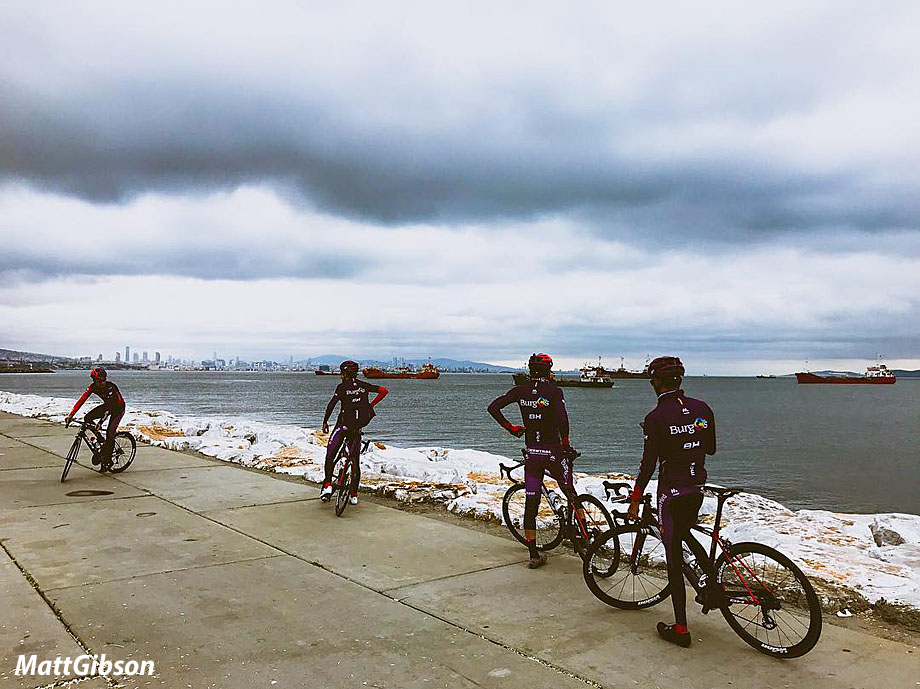 # PEZ wishes Matt well for the remainder of the season, we’ll be keeping an eye out in the results columns. # 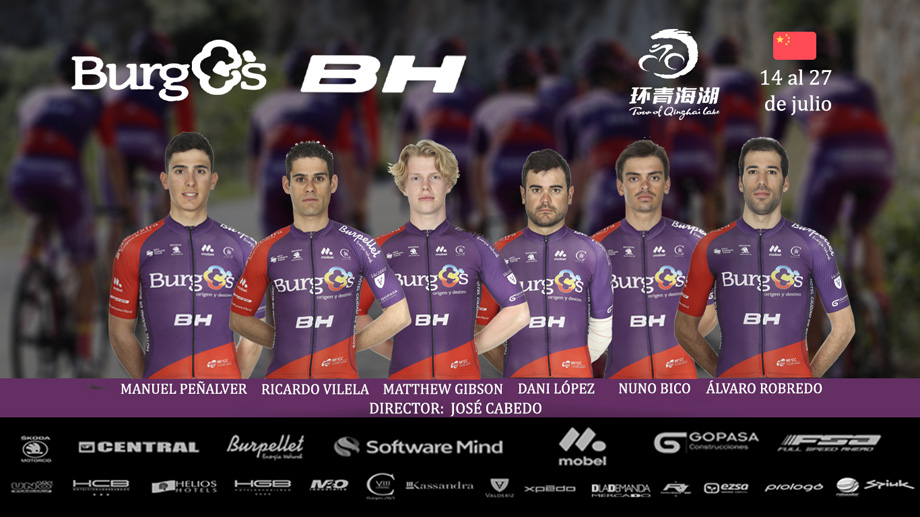