Rider Interview: In this, the second of our, ‘There is Life Outside the Grand Tours’ series we speak to a man with a famous surname; Freddy Ovett. And yes, British ace middle distance runner – Commonwealth, European and Olympic Champion, Steve is his father. 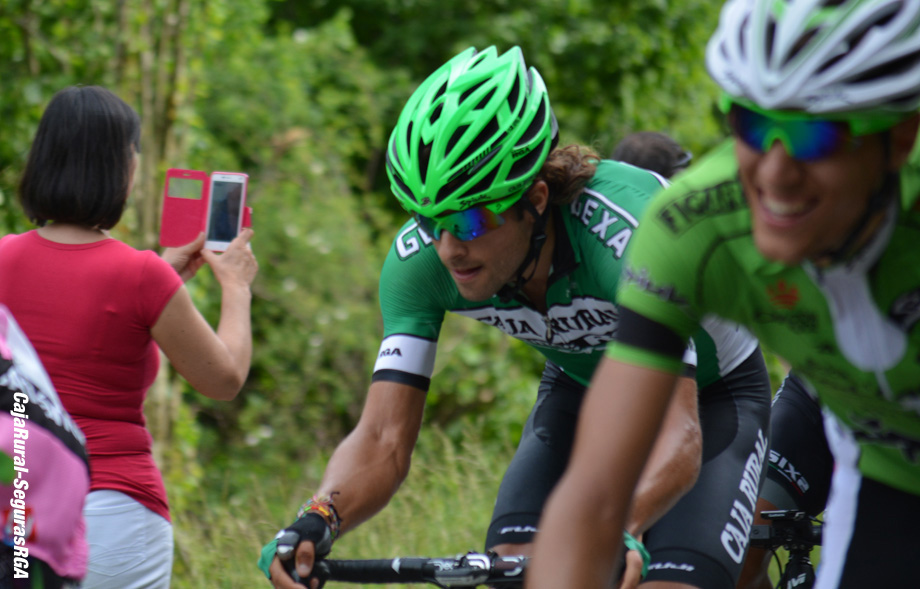 Freddy turned to cycling after his promising running career – he was on a scholarship to the University of Oregon – was curtailed by injury. Season 2015 saw him ride for the AG2R feeder team – the cycling pundits thought that he’d move into the French team’s World Tour team. But it wasn’t to be; instead he joined Dutch continental team SEG racing for season 2016. But this year he’s abandoned the Flatlands, the cold and wind to head south to warmer climes and has signed with respected Pamplona Pro Continental squad Caja Rural – Seguros RGA’s amateur feeder team. 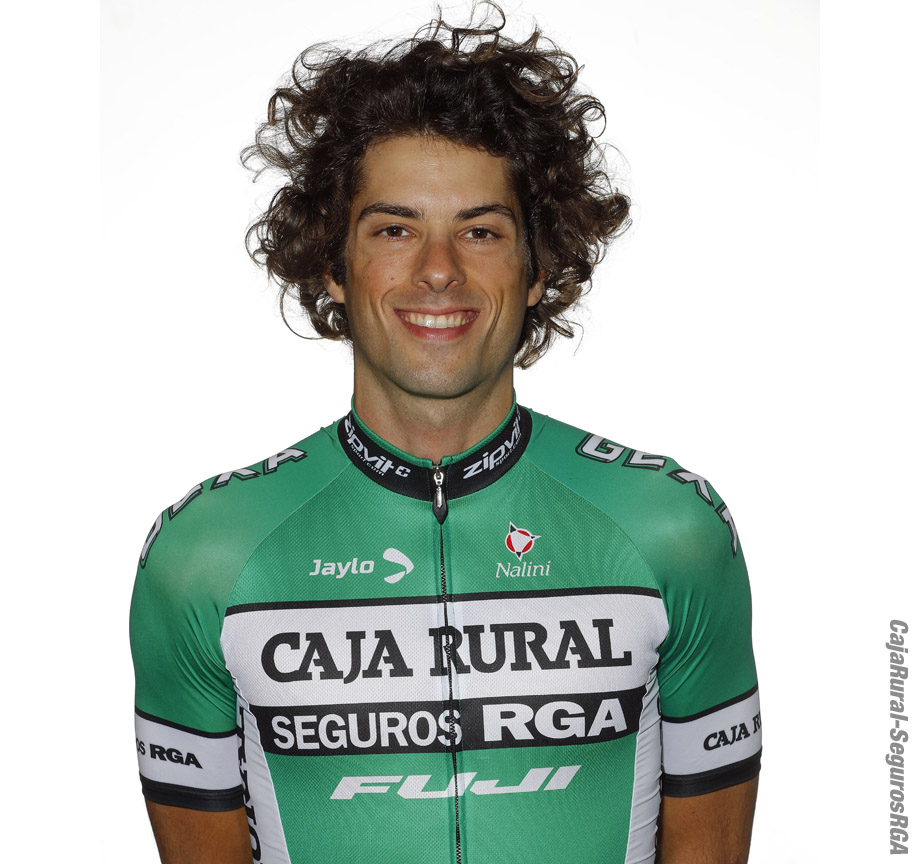 PEZ: Girona is ‘home’ now, Freddy?
Freddy Ovett: Yes, it’s my second year of living here and I could see myself living the rest of my life here. I have a wonderful girlfriend here and her folks have become like a second family to me. And of course, it’s a wonderful place for all kind of training roads.

PEZ: SEG Racing last year, we didn’t expect that.
Last year was a pretty disastrous season for me; it started with me being sick at the training camp and from start to finish of the year I never really got it together. The team wasn’t what I expected; the Dutch racing wasn’t really what I expected, the nature of the races didn’t really suit my character as a rider. I decided to get back to races which suited me for season 2017. The Spanish amateur scene is fantastic and I love being part of the Caja family. 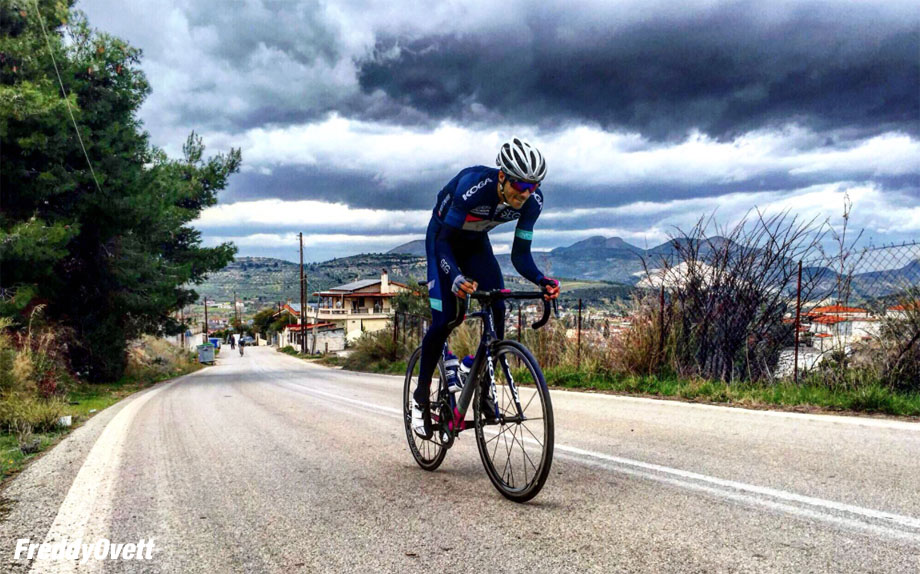 PEZ: Is Baden Cooke still your manager?
I’d describe him as more of a mentor now that a manager. He’s doing very well with his Factor bikes concern; we’re still in regular contact but I have a Spanish agent now and there are various folks here in Spain who help me out.

PEZ: The Caja amateur team is pretty cosmo – as well as the Spaniards there are Australian, Eritrean, Polish, Uruguayan and Venezuelan riders on the team.
The Pro Continental team is the same, Spanish is the main language and mine is coming along – it helps that I spend so much time with my girlfriend and her family. It’s great to learn from the guys about their different cultures. 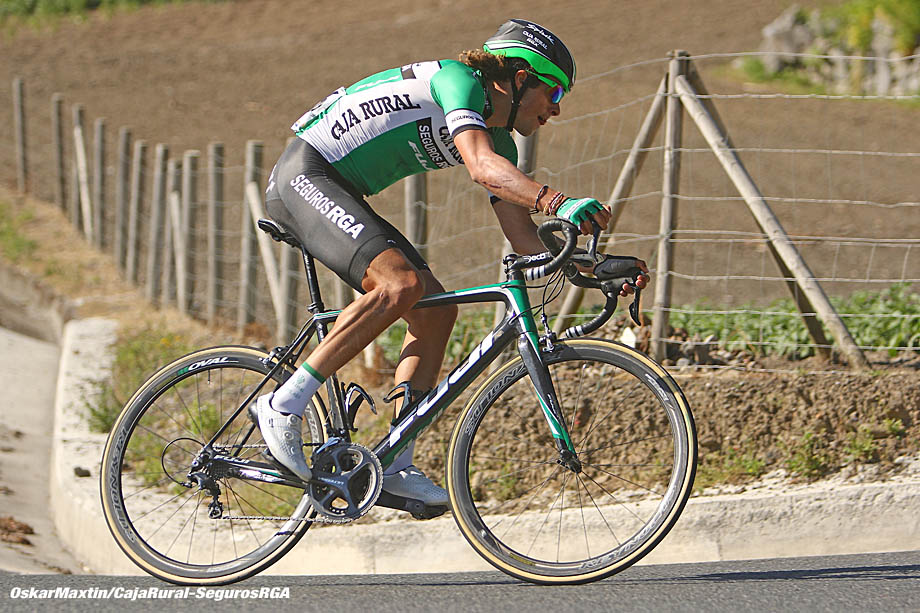 PEZ: How does the Spanish race scene compare to competition in the North?
The scene here is similar to French racing, I enjoyed my time with AG2R but it was a ‘thrown in at the deep end’ experience it was only my second season. SEG was not what I expected; I felt I needed a fresh start in a team which understood me a rider and a person. As far as the nature of the races, some are controlled but mostly they’re a free for all – but I’ve been making the front groups for the finales and I’m enjoying my racing.

PEZ: How have the results been going?
Apart from the time when I broke my collar bone I’ve not been out of the top 20 in around 20 starts – I’ve had a fourth, a fifth and a seventh. I’m still looking for that first win but obviously much depends upon the team plan for the day. I’m getting to grip with race tactics here now and find that if you’re aggressive in the first half of the race and go with the moves you’ll benefit from that in the second half – it’s chaotic so you have to be at the front. 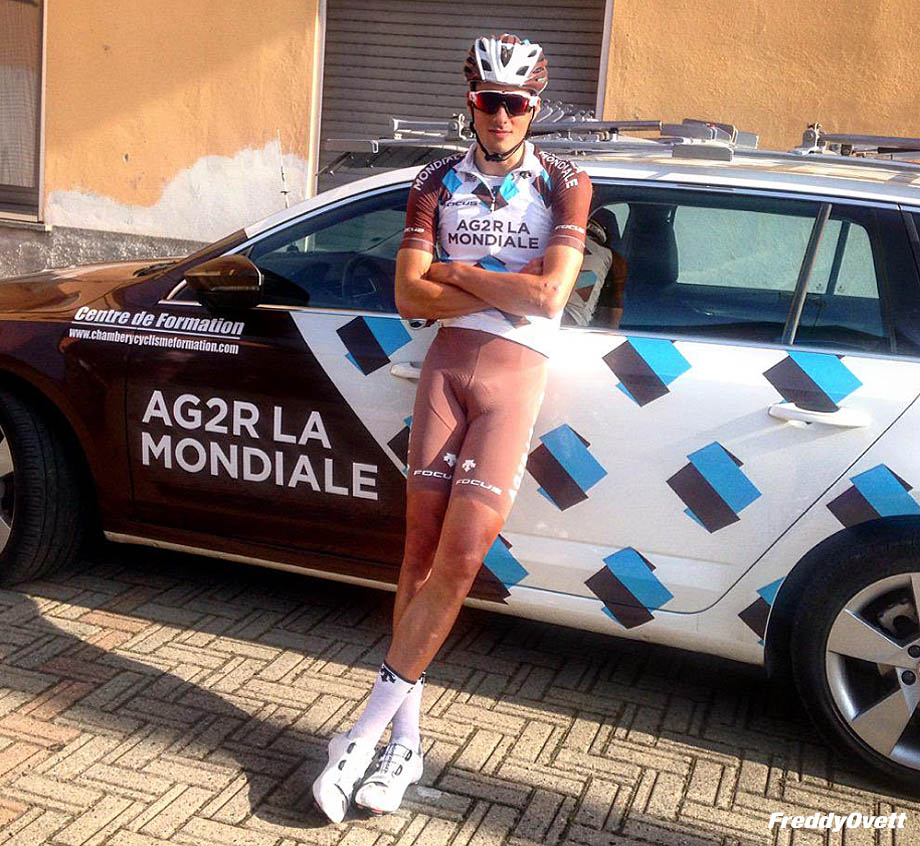 PEZ: How closely is your amateur team affiliated to the Pro Continental squad?
The ties are close. The same staff work with both teams and every year two or three guys move up to the pro team. The professional and amateur team houses are together in Pamplona and the pro team is very aware of what’s happening within our group. It’s good to know we’re being watched; there’s a strong connection – and that’s the reason I’m here, we’re all trying to do a job and move up.

PEZ: We all rather expected you’d be going to AG2R?
People forget that was really my first proper year, my first race was the Aussie U23 Champs. It’s not just about producing numbers, you have to learn the metier, how to take boys up the peloton, how to go back to the car to bring bottle up – it’s a job and you have to learn how to do it. 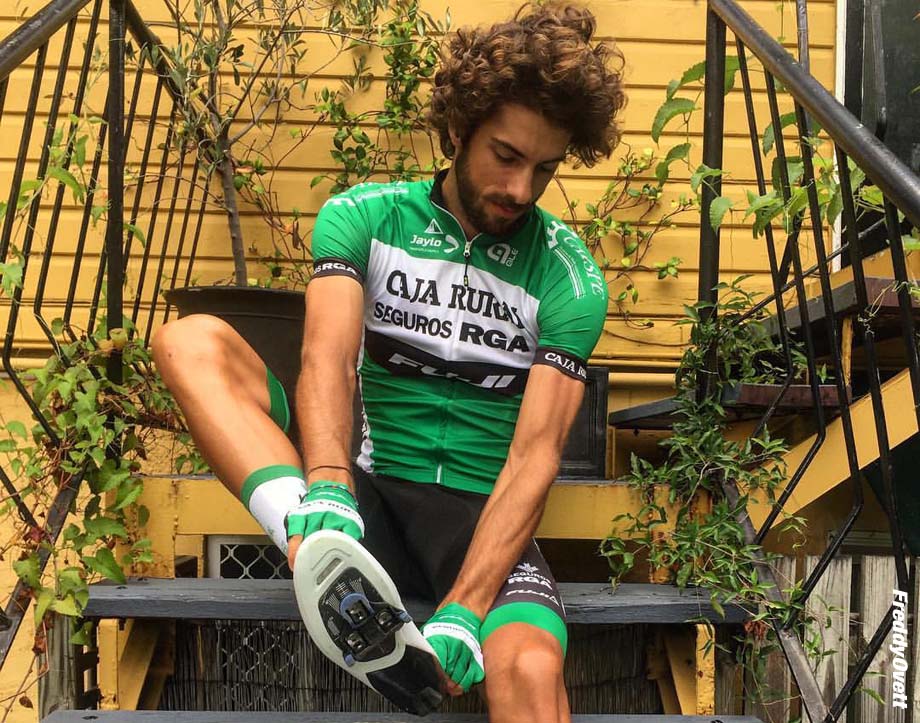 PEZ: And SEG wasn’t what you expected?
We did some nice races, we didn’t just race in The Netherlands – we did the likes of Tour Alsace and Ronde de l’Isard. But I got sick at the training camp then went from there straight to the Tour de Normandie – which is a hard race. I ended up digging myself into a hole – and the ambiance on the team wasn’t my cup of tea. The team had a lot going for it but it just wasn’t for me. But I did learn a lot; if echelons start to form in the races here, I’m one of the first there.

PEZ: Do you miss home?
Back in Australia I was super close to my family but I’m very happy here in Girona; as I said I have an amazing girlfriend and her family have been great in accepting me. And Girona has so much going for it – I’m enjoying learning the Catalan and Spanish languages and cultures. 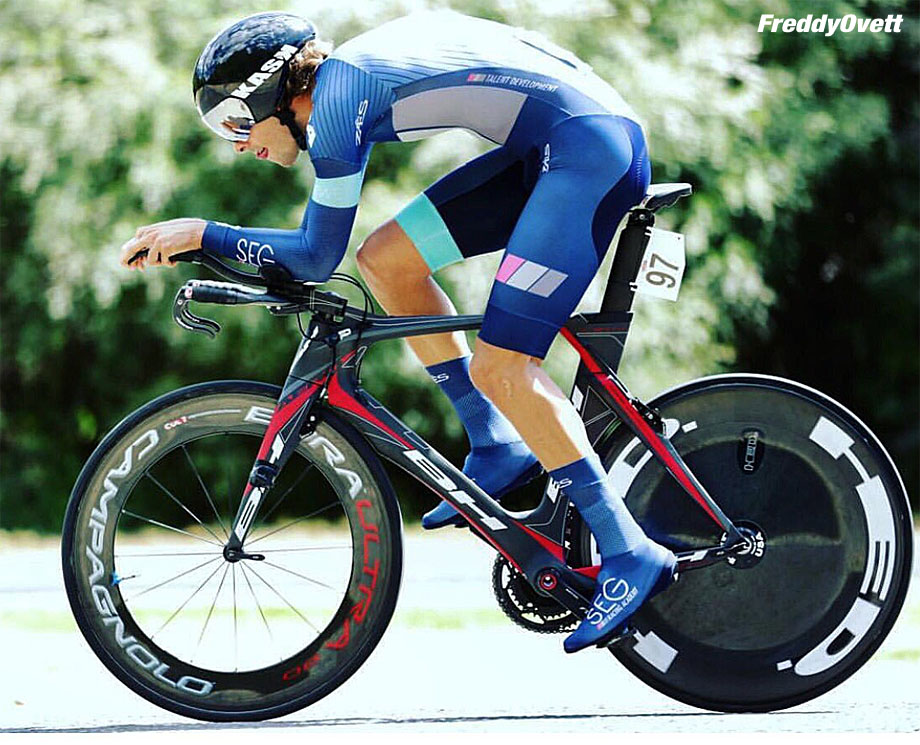 PEZ: And on the subject of ‘cultures,’ you’re a Scot by birth – are the Commonwealth Games on the Gold Coast next year a possibility in a blue jersey with a white saltire?
I was born in Scotland and lived there for seven years so I certainly wouldn’t say ‘no’ to the opportunity to ride for Scotland; there’s been general chit chat and there are guys like Andy Fenn to consider – but nothing is decided yet. 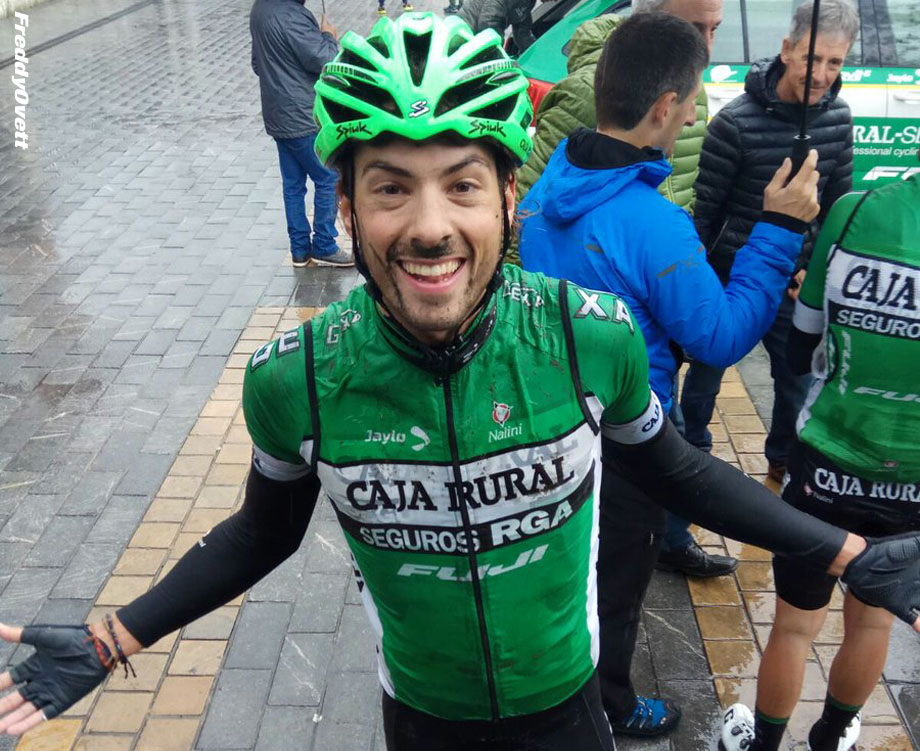 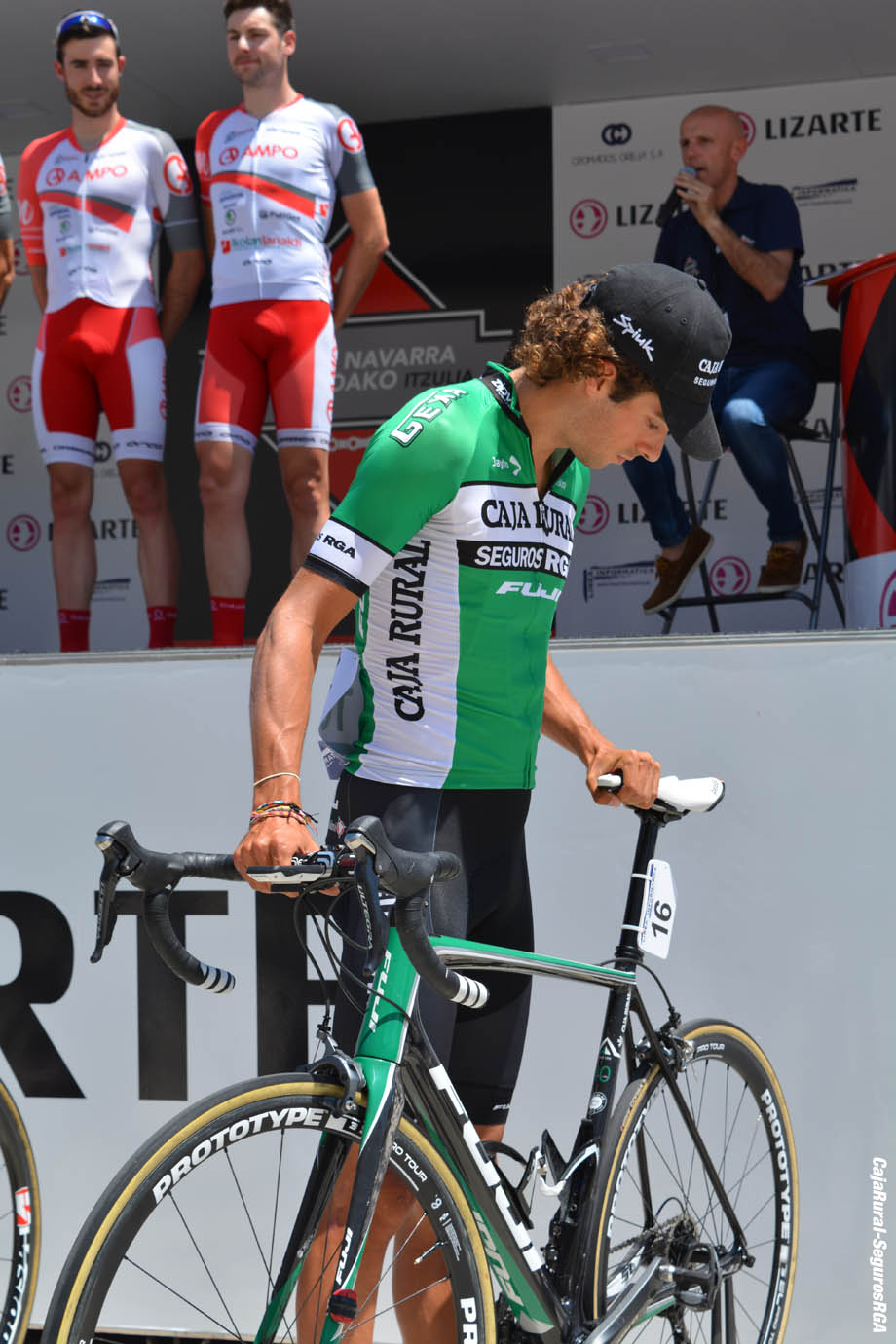 Tony Gallopin is looking forward to the Dauphiné