Interview: There has been many tough riders come out of Canada; Steve Bauer, Jocelyn Lovell, Gordon Singleton and Ryder Hesjedal all come to mind, but there is also Gordon Fraser – A prolific winner on both sides of the Atlantic and Asia, plus Canadian National champion in 2004. Ed Hood found out more. 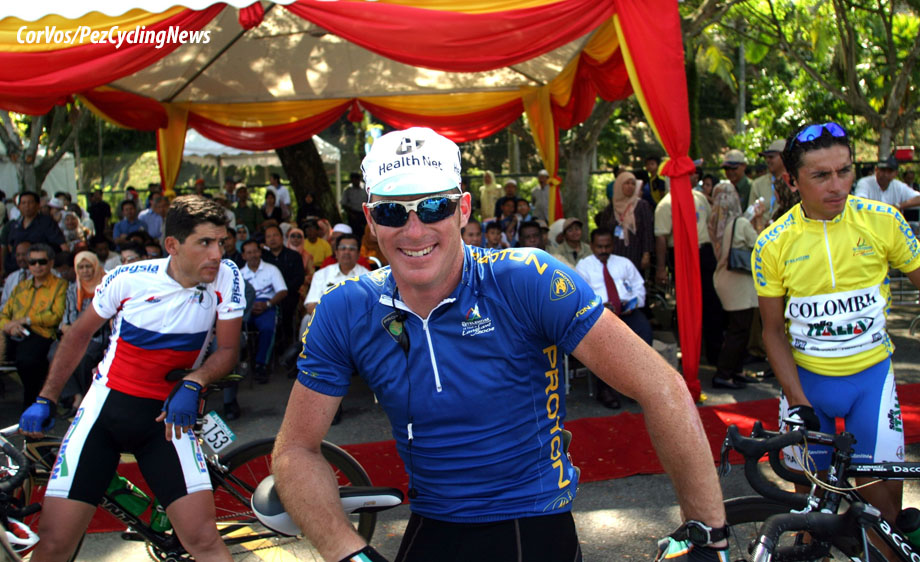 He’s won races in his native Canada, where he’s been a National Road Race Champion, Austria, France, Spain, Malaysia – but most of all in the USA, where his top tube ‘notches’ number 200 and more. He can only be, Mr. Gordon Fraser:

PEZ: Your first big internationals result Gordon, a stage win in the Niederosterreich Rundfahrt in 1992.
Gordon Fraser: That was with the Canadian national team, there were two programmes running, one group went to Italy whilst we went to the Circuit de Mines and Austria.
We were climbing this hill in Austria and passed a group of downhill skiers who were spectating, I remember thinking; ‘I thought we had the flat race programme?’ 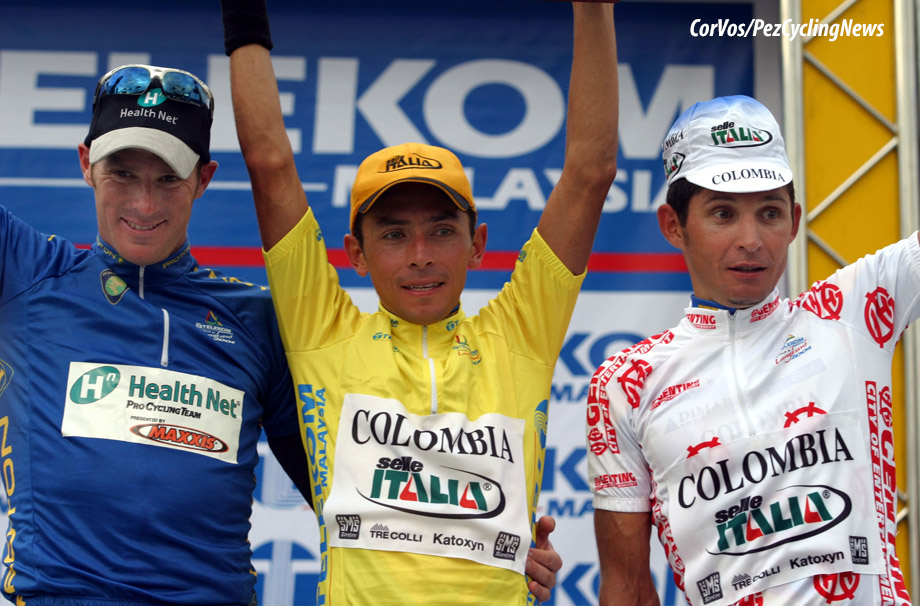 PEZ: And those results got you a ride with Motorola?
Geoff Brown, the Motorola mechanic is from Ottawa, like me and he kept prodding Hennie Kuiper and Jim Ochowicz about these rides I was doing in France. I got a call from Ochowicz the day that Sean Yates took the yellow jersey in the Tour de France and was pro with Motorola mid-way through season 1994. 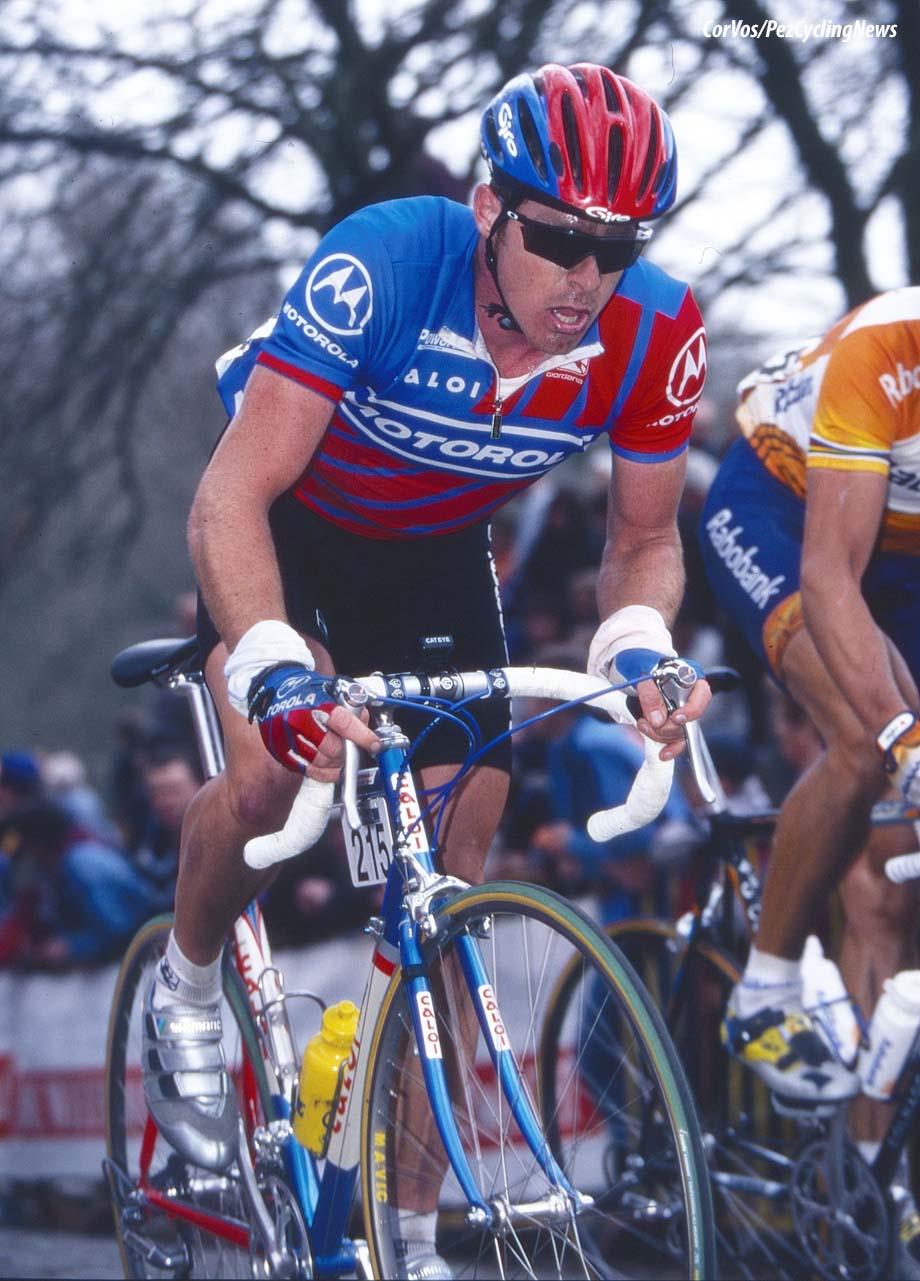 PEZ: The results were a tad leaner in 1995/6?
There was a big difference between the amateurs and pros and you have to adapt at your own pace.
The way Motorola was structured, fostering a young sprinter wasn’t a priority; I was low on the totem pole. Frankie Andreu was really welcoming and helpful and in the 1995 Trofeo Luis Puig gave me a really solid lead out but there was a wave came past me late with Cipollini winning from Lombardi, I was fifth – if I’d won that then things might have taken a different turn?

PEZ: French pro team Mutuelle de Seine-et-Marne for 1997?
They’d remembered me from seeing me race in Canada at Lac St. Jean, I got the ride along with another young Canadian guy, Steve Rover. 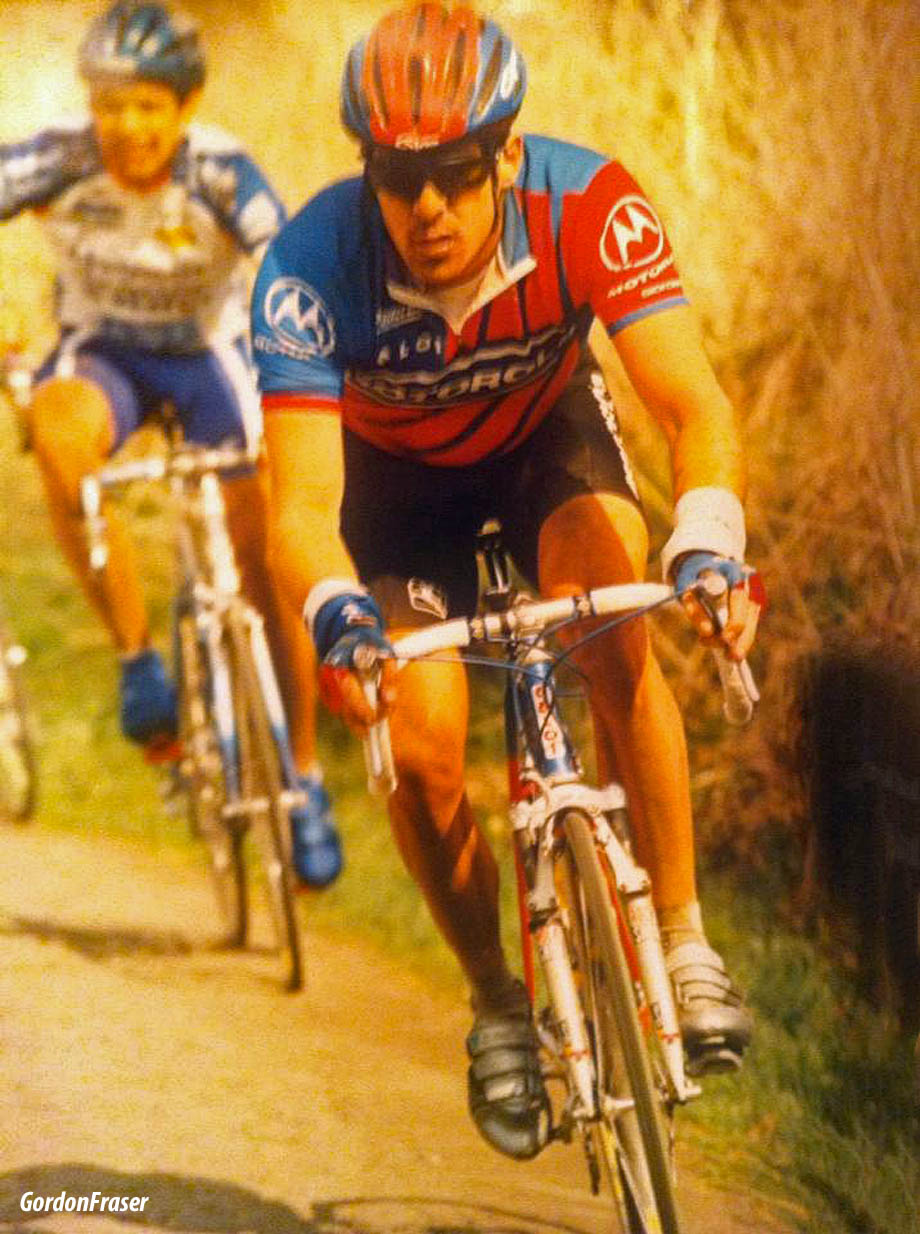 PEZ: A stage win in the Midi Libere in ’97 beating Fred Moncassin and Adriano Baffi – rapid guys both.
I did a lot of races that year and was getting frequent placings, 4th, 6th, 7th but it was nice to get my first professional win, it took me three years! That stage win was a big deal for the team, they were trying to get into the Tour and that result tipped the scales with ASO for the team to get a ride.

PEZ: The 1997 Tour?
It was thrilling to find out I was riding, it wasn’t a possibility at the start of the year but I knew the score and was happy to do the first 10 days. But it was special, my dad came over to see me ride. It was a good decision to sign with a French team, European professional racing is never easy but France was perhaps a little bit easier place to ride than Belgium or The Netherlands. 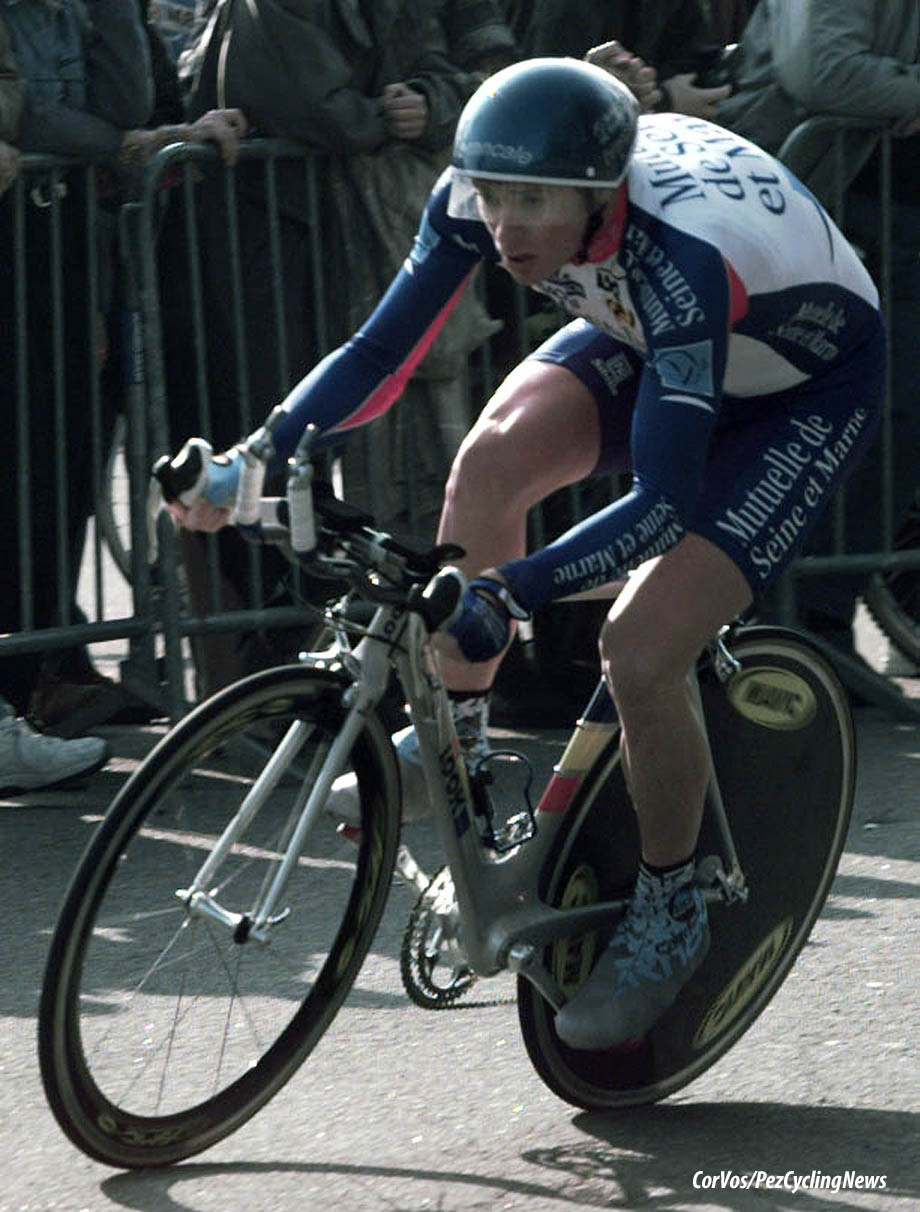 PEZ: Mercury 1998 and the start of a huge run of victories in the US for you.
For ’98 I didn’t have much choice of teams but I was tired of Mutuelle, so when they offered me a contract at half of the money I’d had for 1997 that made the decision for me. I sold everything and caught a plane home. I’d spoken to Mercury [the team was known as Comptel Data Systems in 1997, ed.] when they’d been racing in Europe in ’97 and signed up with them for ’98. It was a good team, we gelled very quickly, they were a great bunch of guys, the chemistry was good and we took a lion’s share of wins in the USA. 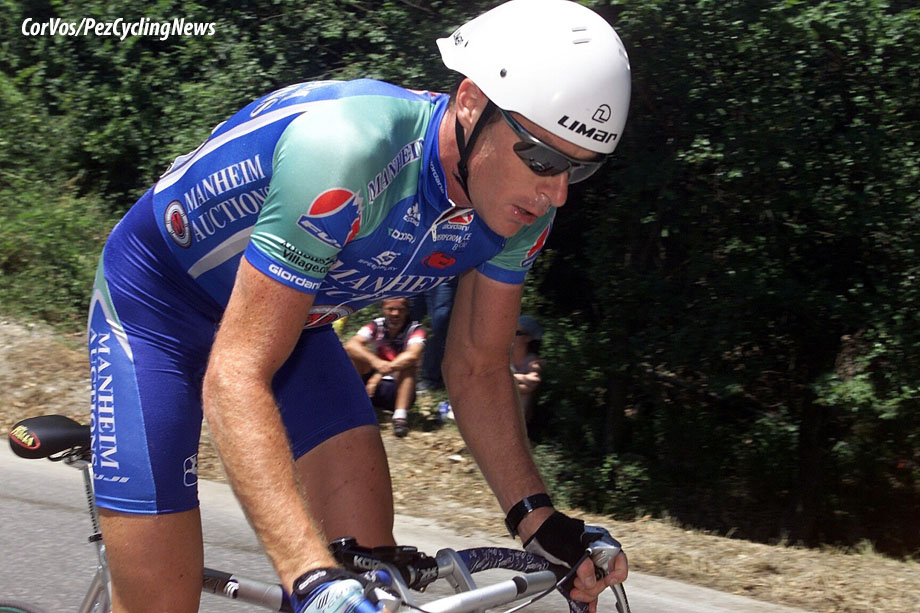 PEZ: Two ‘non-European’ wins that stand out are a Criterium International stage and the GP Ville des Rennes.
Those two were in 2000 but in ’98, my first race back in Europe with the team I won a stage in the Vuelta Asturias beating Oscar Freire, he was with Vitalicio Seguros at that time. It took me so long to get my first pro win, three years, and here I was in my first race back and I was winning. We did trips over to Europe each year, Floyd Landis and Henk Vogels were there too, we applied the lessons we’d learned in the US. We were an effective, audacious team, we’d go over to Europe, get results then get out. 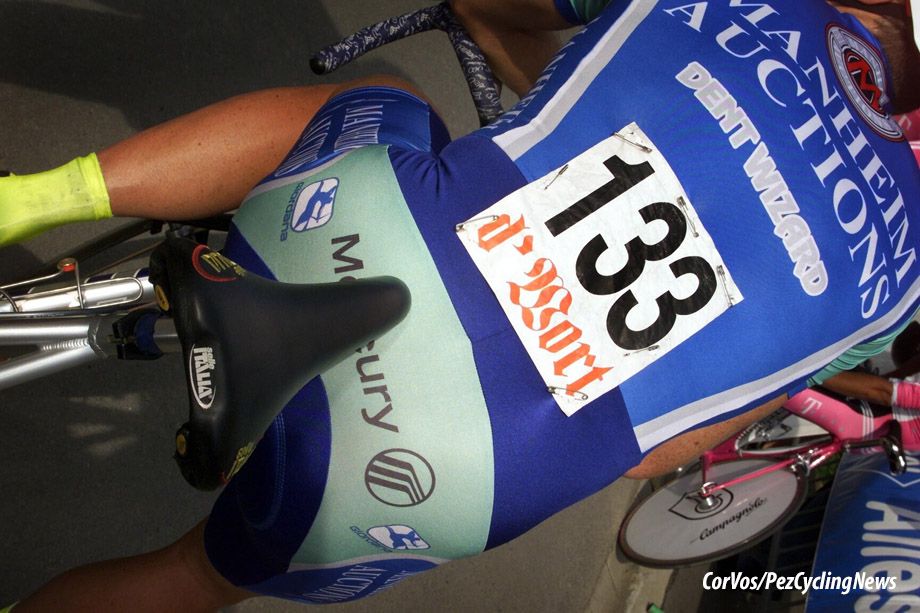 PEZ: But 2001 the Mercury team imploded?
We had huge success in the US. Henk Vogels won Philly in 2000; Mercury team ownership had been lobbying the Ford Motor Corporation – who owned Lincoln – for a bigger budget and the President of Lincoln Mercury was in the team car when Henk won Philly – that race was huge and Henk’s win was the catalyst for the team to grow. A ride in the 2001 Tour was the big goal but unfortunately ASO changed the selection criteria and we didn’t get the ride. Then one of the team’s co-sponsors filed for Chapter 11 [protection from creditors given to a company in financial difficulties for a limited period to allow it to reorganize, ed.] and despite stage wins in everything from Langkawi to Paris-Nice the sponsorship collapsed and we weren’t paid for the second half of the season.

PEZ: But you were with Mercury again for 2002?
I had a contract for another year and they honoured it, albeit on much reduced money. Floyd Landis and Chris Horner moved on but original core of the team from ‘98/’99 remained and we had to make do with a US programme. But we had guys like Mike Sayers, Scott Moninger and Graeme Miller; it was a happy squad and we still won a lot of bike races. 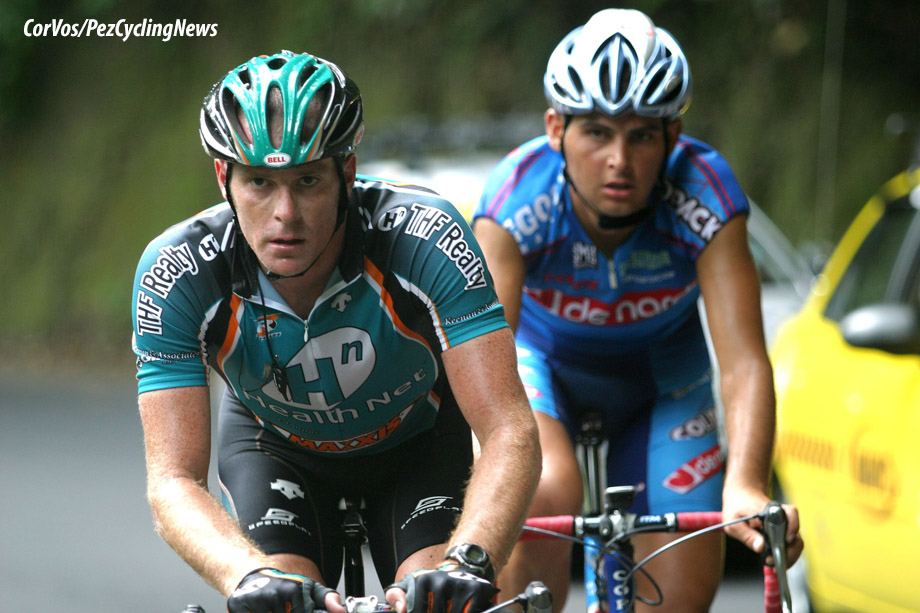 PEZ: Health Net for 2003.
After Mercury finished the younger guys moved on to teams like Saturn, I had no contract and went to ride the Tour of Langkawi with the Canadian national squad – where I was taken out by a crash on the first stage. My team mate at Mercury for the last five years, Mike Sayers called me and told me that when I got back from Malaysia, if I was interested, then he was involved with what was basically a ‘bike shop team’ but the guy who wrote the cheques was competitive and keen to get success. Initially there was no staff, just volunteers but we won a bunch of races – stages in Ponoma, Tuscon, Redlands, Gila, Beauce; Gastown in Vancouver. . .

The riders had to give a lot of bottles of wine to the Shimano neutral service guys for looking after our bikes – but it paid the bills and the successes convinced Health Net to increase the sponsorship. The team became a source of good morale within Health Net as employees followed our progress and Dave Anderson, the chief sales officer was very supportive. I ended my career with the team – of all the squads I rode for, it was the one with the least, ‘issues.’ Mike Sayers was a team mate for nine years, we were a great partnership. 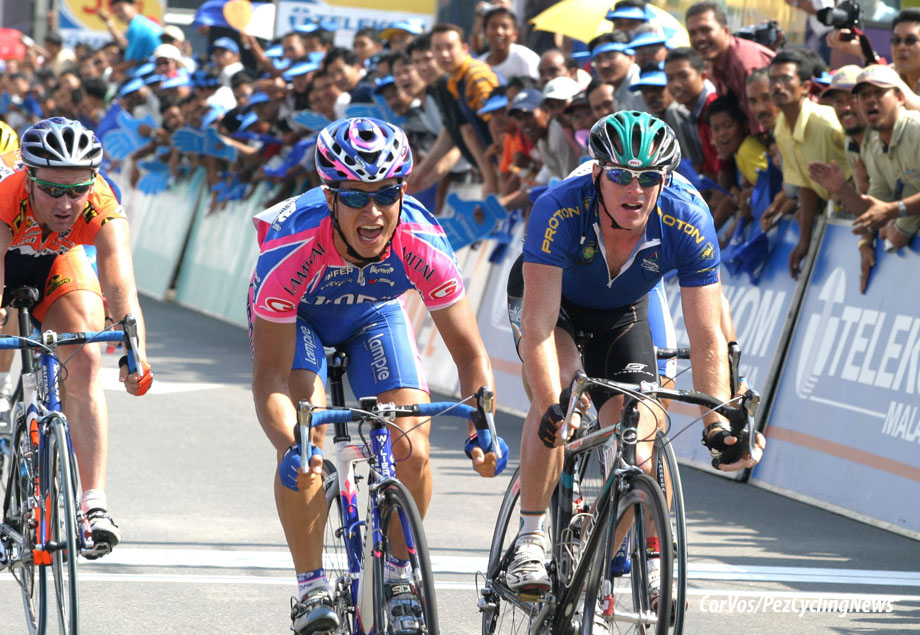 PEZ: National Champion in 2004, that must have been special?
It was hard to be a sprinter without team support at the Nationals, I only went that year because it was an Olympic selection race. I took one look at the course and thought; “why am I here?” it was brutally hard – but I won on my own and booked my ticket to my third Olympics.

PEZ: You quit after 2006 but were still winning races; three stages and the GC in the Joe Martin, for instance.
Yeah but I was getting old, 38 and it was my 12th season; that winter I was coming back from my long training rides – I used to do a lot of big runs – and was thinking how hard it had been. Then there was this Argentinian dude, J.J. Haedo and he kicked my ass a couple of times and I could see I was losing my edge. Guys like Scott Moninger and Mike Sayers were saying to me; ‘ach! you won’t quit!’ but I did. 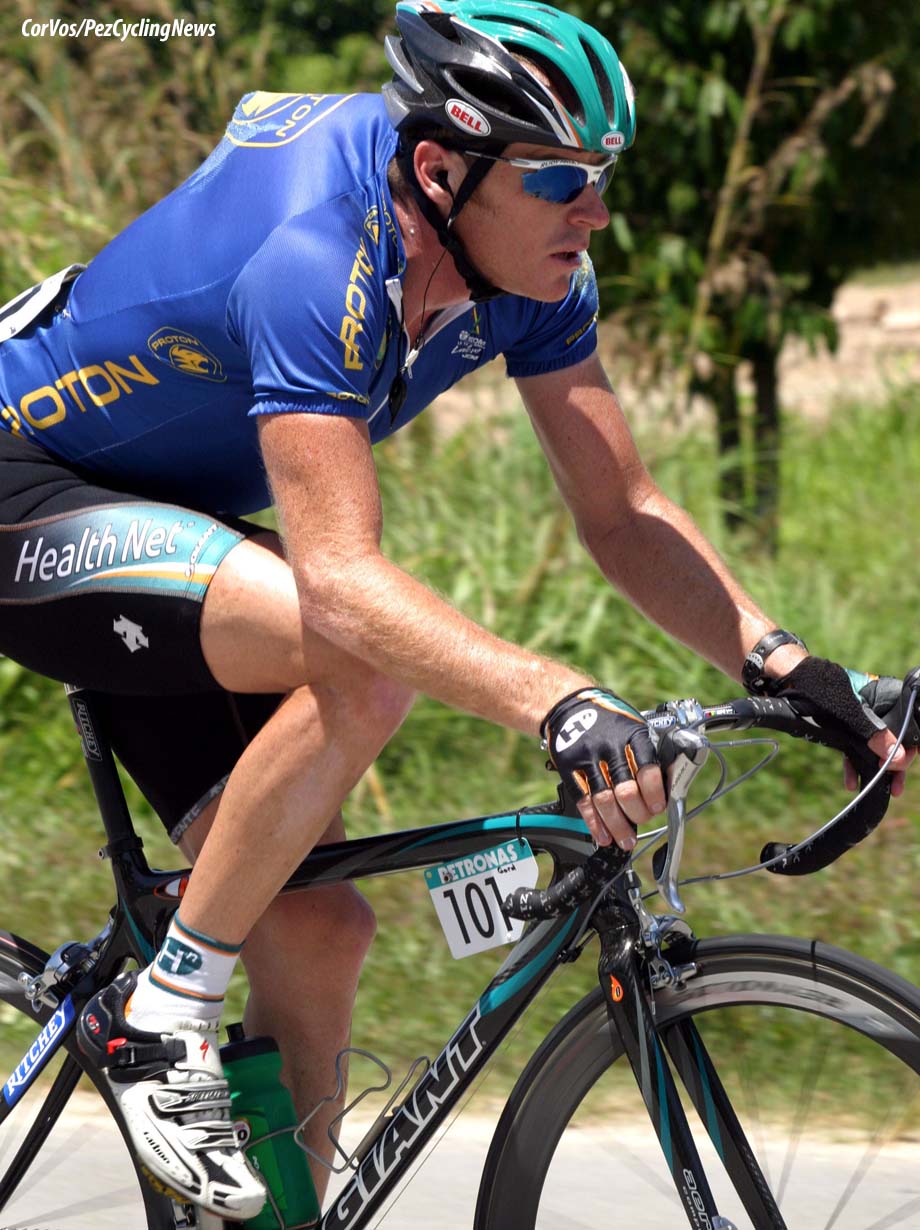 PEZ: Then you moved in to the team car with Team Type 1, United Health Care, Realcyclist, Competitive Cyclist them Silber – where Floyd Landis helped out?
That was last season, I ran Silber, which was a top development team for five years but sponsorship is hard to come by – we were at the Tour of Utah in 2018 and I thought to myself; ‘I wonder what Floyd’s up to?’ I got in touch with him and asked if he’d like to sponsor the team, he asked a figure, I gave him a number and he said; “yeah, I can do that.” He kept the team afloat for another year but the regulations governing CBD [cannabidiol, derived from cannabis plants, ed.] advertising have become increasingly complex now so it was just for last year. 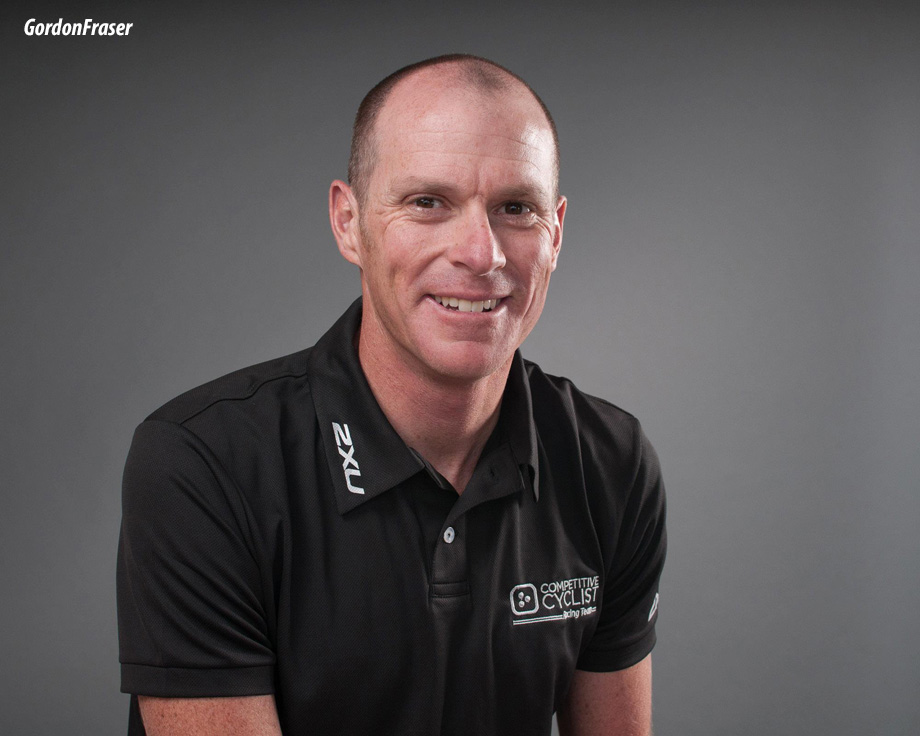 PEZ: What do these current ‘Strange Days’ hold for you?
Sponsorship is a tough call right now, I helped out the ladies team 20 Twenty Cycling but lately I’ve just been figuring out my next move. I’ve been spending time with my two sons and I’ve been working with El Grupo youth cycling development here in Tuscon, going out riding one on one with the kids, two of their coaches have moved on so I’m involved there. 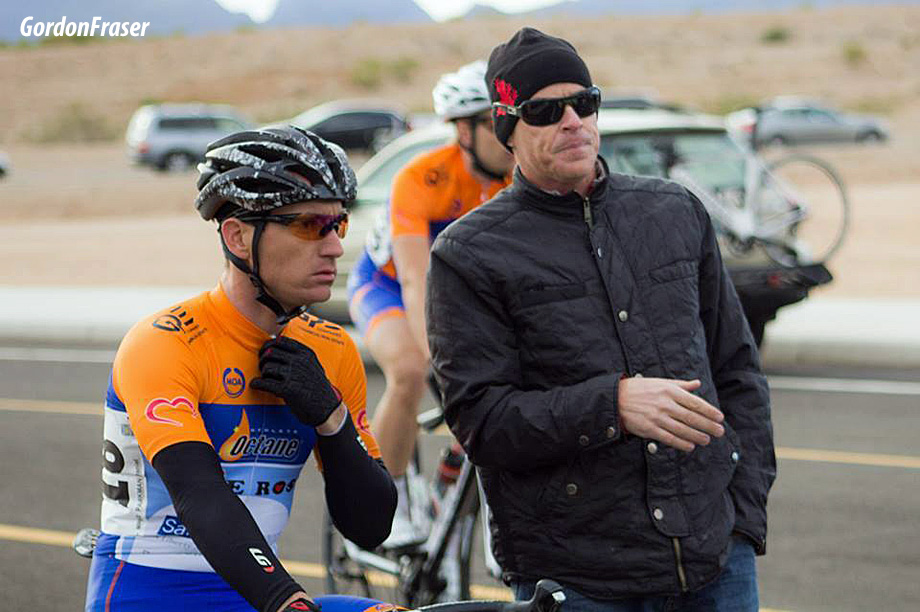 PEZ: All those wins, is there just one which stands out?
Taking all factors into consideration; that Criterium International stage. We dominated the last 20K, Henk Vogels gave me a perfect lead out and the first guy I saw after I crossed the line was my old director from Mutuelle, I had just confirmed to him that I could do it! 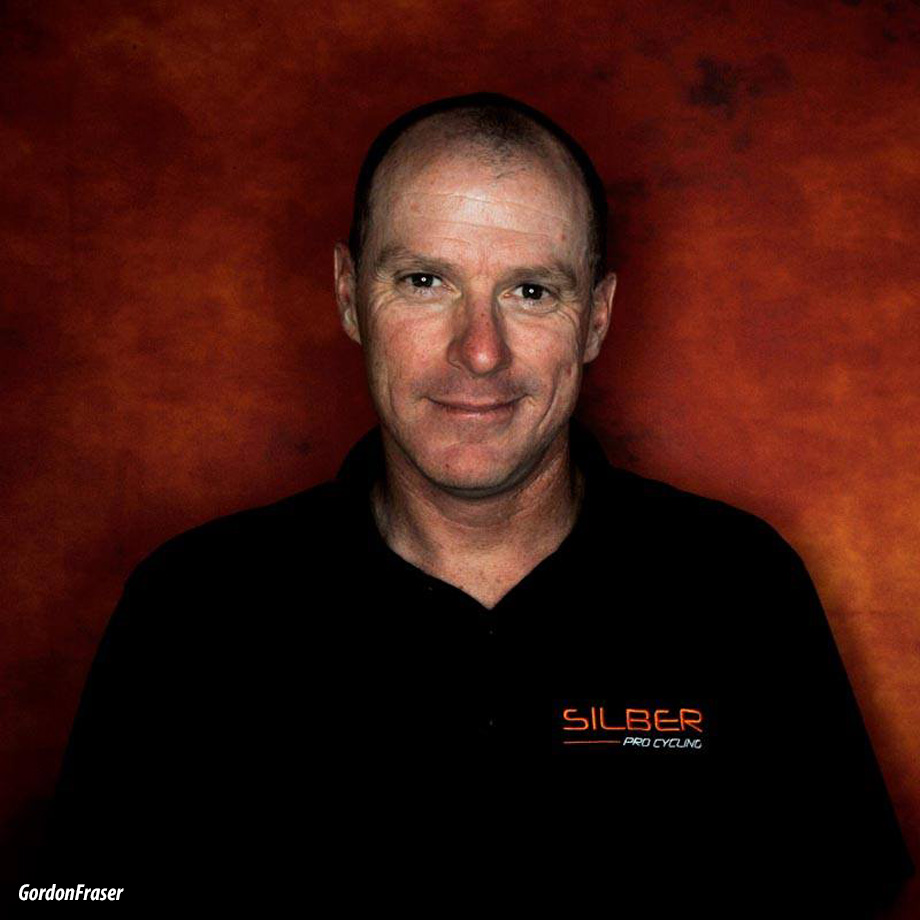