Rider Interview: You may not have heard of The ‘Gran Premio de la Patagonia’ but it may go down in history as the last UCI bike race of 2020. The winner was 25 year-old Colombian, Jose Tito Hernandez, eighth was Canada’s Jean Michel-Lachance – Ed Hood caught up with him at home in Quebec. 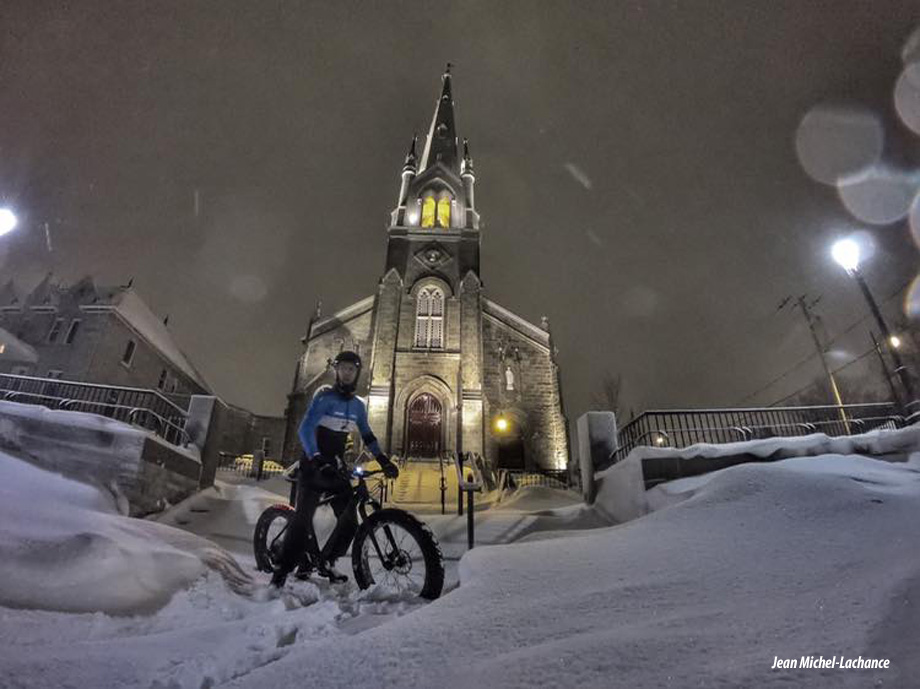 ‘The Omega Man,’ cult 1971 movie; “Lone survivor, doctor Robert Neville, struggles to create a cure for the plague that wiped out most of the human race while fighting ‘The Family,’ a savage luddite death cult formed by the zombie-like infected to erase the past.” I love that film. But what of the ‘Omega Bike Race’ – the last UCi race on the planet in 2020? Paris-Nice, right? Wrong. The ‘Gran Premio de la Patagonia’ in Chile finished well after the last WorldTour coaches headed out of Valdeblore La Comiane in France and into oblivion. It’s a UCi 1.2 single day race over 138.6 kilometres in the thriving coastal city of Puerto Montt.

Chile is the long, narrow country on the Pacific Coast of the South American continent which borders Peru and Bolivia in the north all the way down – bordering Argentina to the east – to Cape Horn with Puero Montt some 1,000 kilometres south of the capital city, Santiago. The winner was 25 year-old Colombian, Jose Tito Hernandez of UCi Continental level, Team Medellin; the biggest win of his career thus far. In second place was South America’s answer to Davide Rebellin; Sen. Oscar Sevilla, although not quite as old as, ‘Tintin’ at 43 years-of-age the man from Ossa De Montiel first raced as a pro for Kelme in 1998, finishing second in the 2001 Vuelta in their colours. Since then he’s also ridden for Phonak, T-Mobile, Relax, Rock Racing, Gobernation de Antioquia, EPM and Medellin – bit of history in some those teams, for sure. 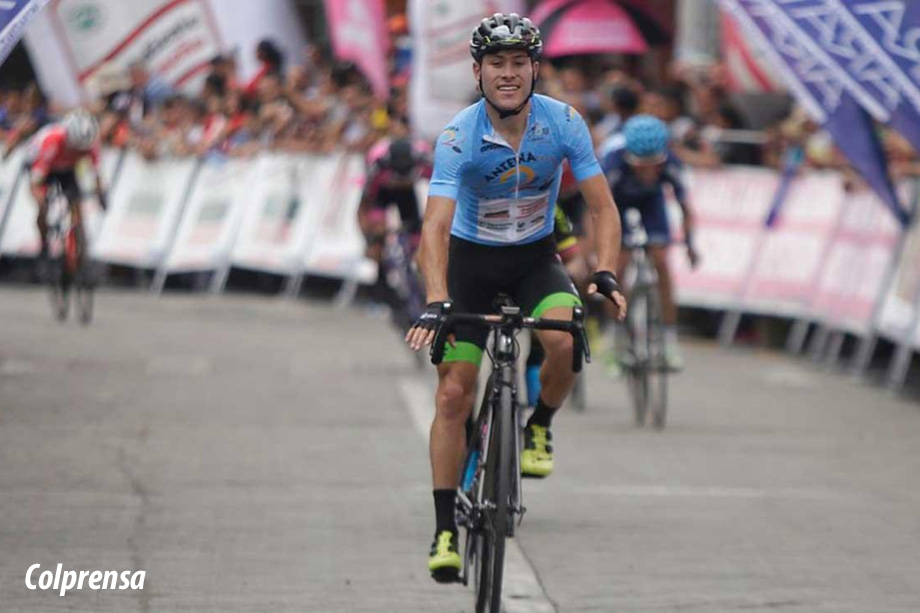 He’s been with Medellin since 2017. We thought it would be interesting to learn a little bit more about this last race, ‘as we know it, Jim,’ and speak to the man who finished top 10 down there on the edge of the South Pacific. Canada’s Jean Michel-Lachance finished eighth on the day; he’s been around for a year or two, has national medals on the track and has won races in places as diverse as Trinidad and Costa Rico. He was safely home in Quebec when we caught up with him. 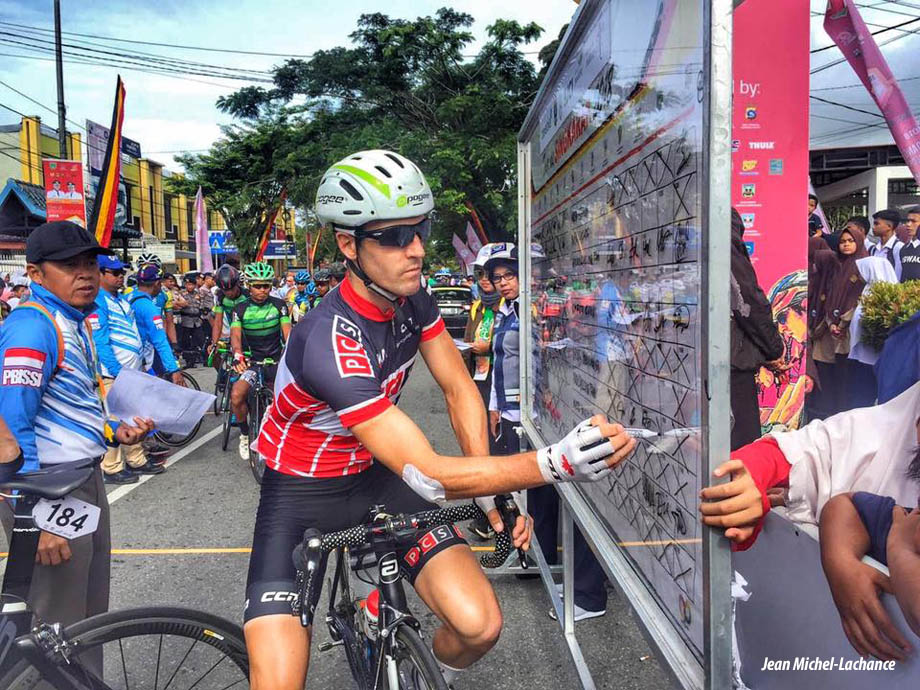 PEZ: Thank you for speaking to us Jean-Michel, how did you get that ride, way down there in Chile.
Jean-Michel Lachance: I was fortunate enough – or should that be unfortunate, now – enough to be invited to ride for a composite team in the race, back in December when a friend and I were looking at my programme for the year.

PEZ: You rode with the 4MIND Project, tell us about that team.
I was guesting for them but it’s a new team formed to help promote good mental health. 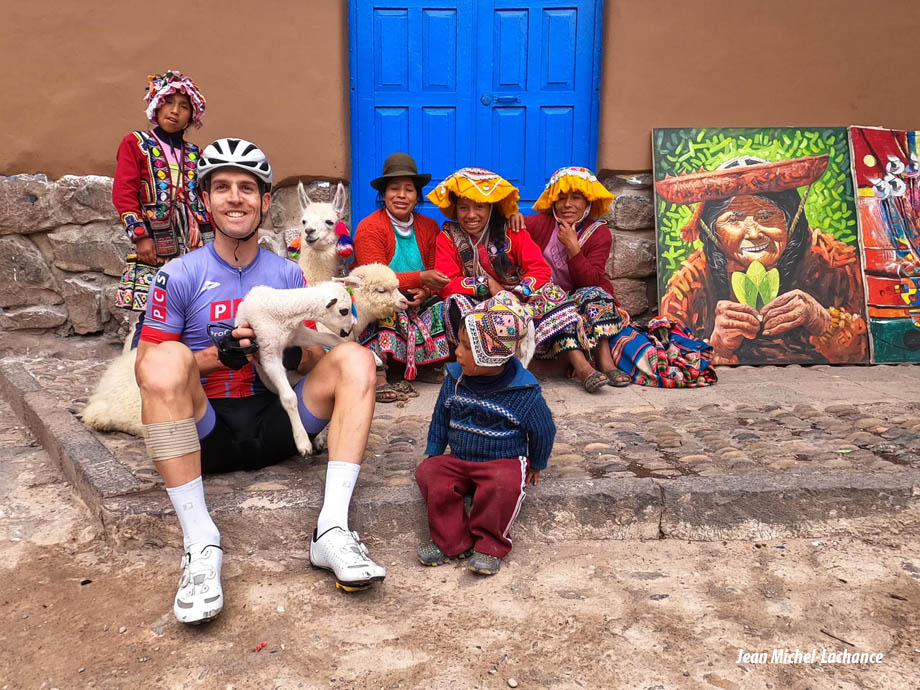 PEZ: The race parcours profile looked 11 laps which just went up and down a big hill?
It was a good course, Puerto Montt is a nice coastal city, the parcours started beside the ocean, down town then followed the by-pass around the town which climbed, not too steep but tough enough to be challenging, dropping back to the coast to complete the lap.

PEZ: Is cycling well received in Chile?
I wasn’t there long enough to comment in general on how popular the sport is in Chile but there was a good turnout of fans to watch the race on the day. 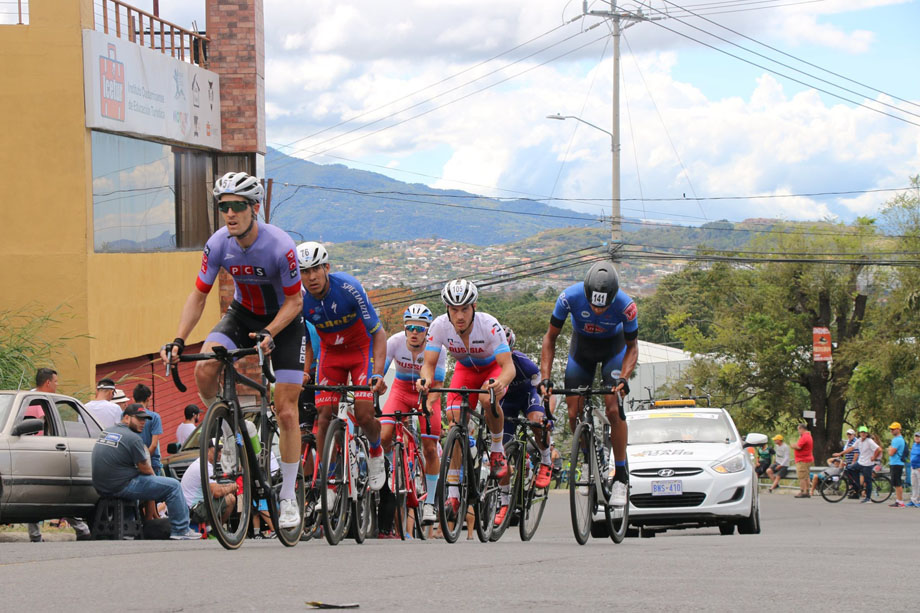 PEZ: What was the race organisation like?
The organisation was smooth; we arrived stressed though – I’s been training at high altitude in Cusco with Michel Jean (who finished 31st in the Gran Prix), Peru and when the pandemic was declared there was a little bit of a panic there with people rushing to the shops and the like. But we had little choice but to continue with our plans as all the travel arrangements were made. However we were reassured when we got to Chile, things were much calmer. I’ve been to many South American countries but was surprised to see how affluent Chile was and like I said, there was no panic. At the pre-race press conference the organisers said that the race would be going ahead but precautions should be taken with no handshakes and an emphasis on hygiene. It was only after the race that we began to really stress and the uncertainty developed. We were there to ride the Gran Prix but then two days later the Vuelta Chile was to start, a five day stage race. Of course, that didn’t happen. 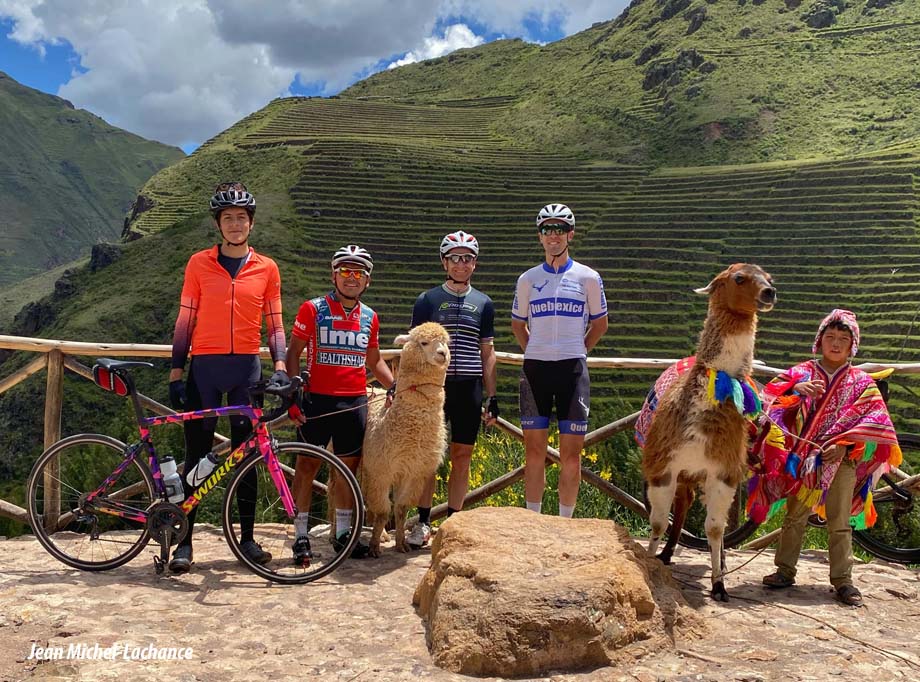 PEZ: Were you conscious you’d just ridden the last UCi race in the world for the foreseeable future?
We were too busy thinking about what to do – I sceptical about the best thing to do, I knew there would be a rush on air tickets so I let things settle down, I didn’t see the sense in rushing to the airport – it’s the worst place you could go with all those people in a confined space.

PEZ: Going back to the race, were you happy with a top 10 finish?
I’d been training at 3,400 metres for three weeks but at that height you can’t do high intensity training – and in addition I hiked up to Machu Picchu which took a bit out of my legs. All of that meant I was a little light on race speed but I was happy with making eighth place on the day. 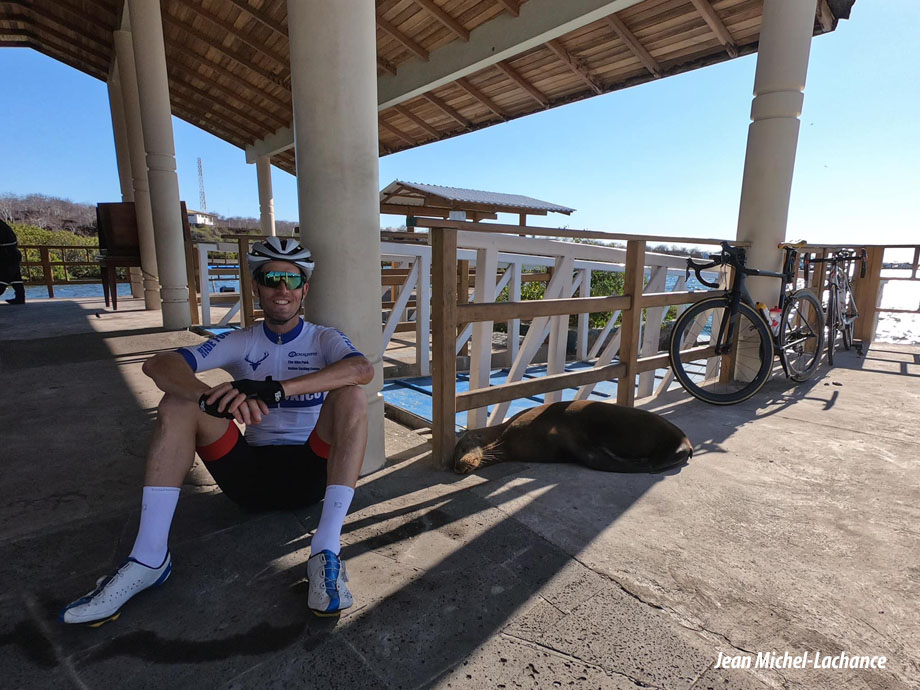 PEZ: The global situation changed after the race, didn’t it?
Yes, as I said in Peru it was a little scary but much calmer in Chile but people started to panic but stuff – toilet rolls, crazy! But on my last day there I went to buy some wine to take home and whilst you had to wash your hands a lot, the situation in the shops was calm.

PEZ: What about getting home to Canada?
Our original tickets were for after the Vuelta and were via Lima – but Peru was set to close it’s borders. Direct flights back to Canada were very expensive, $2,000. I eventually got United Airways flights out of Santiago via Houston and Newark to Quebec, so that was three fights to get home. I self-isolated as soon as I got home, my parents took my car to airport, I drove home and that’s where I’ll be for the next 14 days. 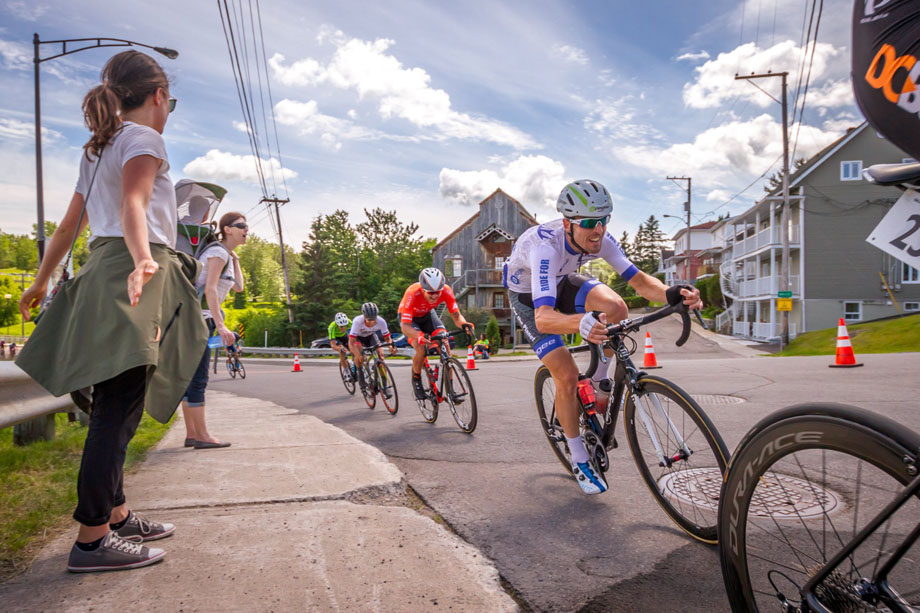 PEZ: How are things in Canada?
I was pleasantly surprised, there were the usual airport crowds but it was pretty calm. 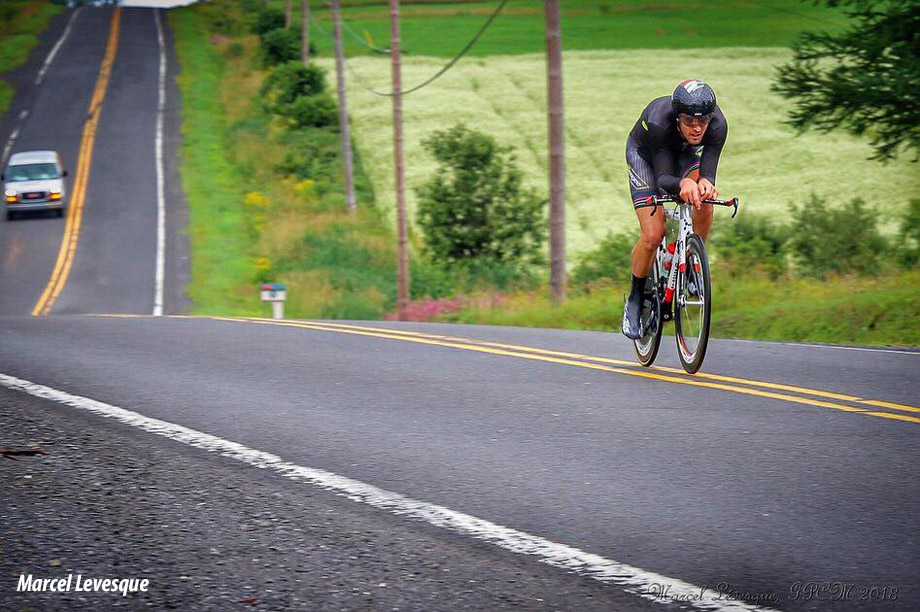 PEZ: What now?
The turbo and Zwift; I’ll have a couple of days rest then start training on them but it’s going to be tough for many people, including me, if you don’t have the motivation of forthcoming races. . . 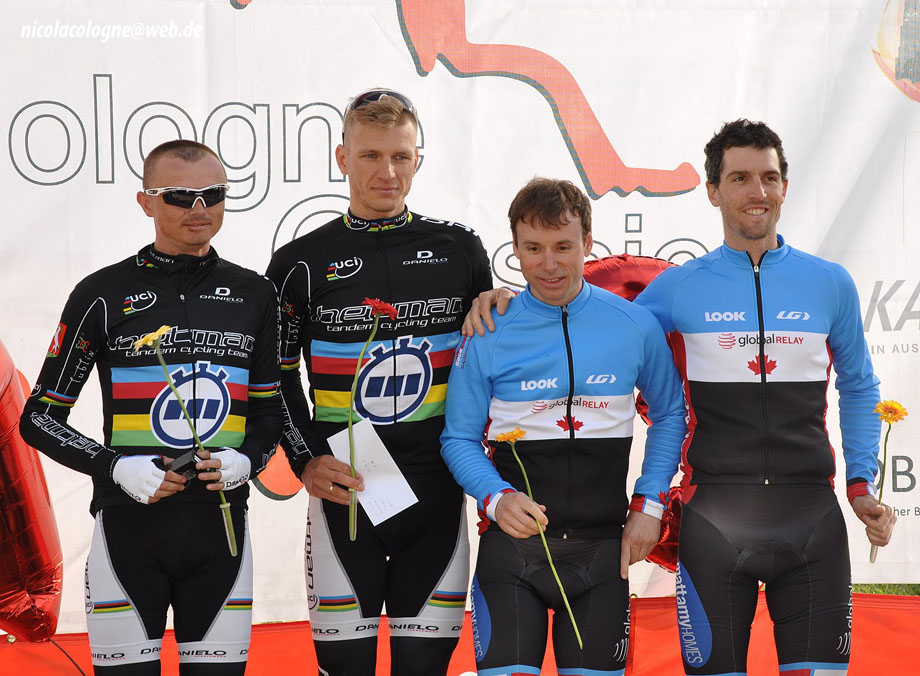 # There are a lot of guys who’ll know that feeling; with thanks and best wishes to Jean-Michel. # 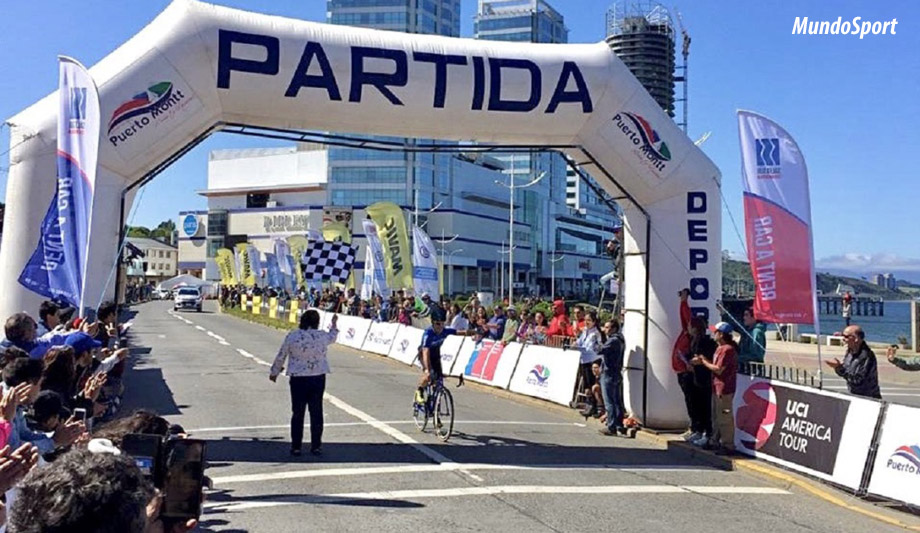 The Life Behind a Big Motor by Ron Webb