In a sport where interesting characters are thinner on the ground that they used to be, Argentina’s Sebastian Donadio is an exception to the rule: lawyer, road man, six day rider, singer and head of a school for cyclists. PEZ had a word with Seb on a sticky evening at Palo Seco Velodrome in Southern Trinidad during the recent Beacon Cycling Festival.

PEZ: Tell us about the cycling school, Seb.
It started 14 years ago, it wasn’t planned. At first it was just me training a friend, he spoke to friends of his, they spoke to theirs and I started with 10 guys. I was just finishing qualifying as a lawyer – that took me 11 years because I was training and racing all through it.

Now we average between 90 to 100 students, we have five teachers, the youngest student is nine and the oldest 67.

PEZ: How is cycling in Argentina?
Argentina is huge, the size of maybe 15 European countries, 3000 kilometres long, 1000 kilometres wide.

The strength of cycling varies according to the area; it’s most popular in the San Juan area. But the Tour of San Luis (won in 2010 by Nibali of Liquigas) is very well organised; that area is into sport and promoting itself, it might as well be a different country from the rest of Argentina.

In general though, it’s not a big sport.

PEZ: How did your trips to Trinidad come about?
Five years ago I heard from the organiser, Michael Phillips – we had ridden together at the junior track Worlds in Middlesborough, England in 1990 but he didn’t realise I was still racing until he saw my name in the results for the World Cup at LA in 2005. He invited me to come and race – I did and return each year.

PEZ: Where’s your favourite place to race?
In Holland, people really like their cycling, they’re very supportive. I like to race in Italy too and one year I rode a track Grand Prix in Edinburgh – I really liked it, there. 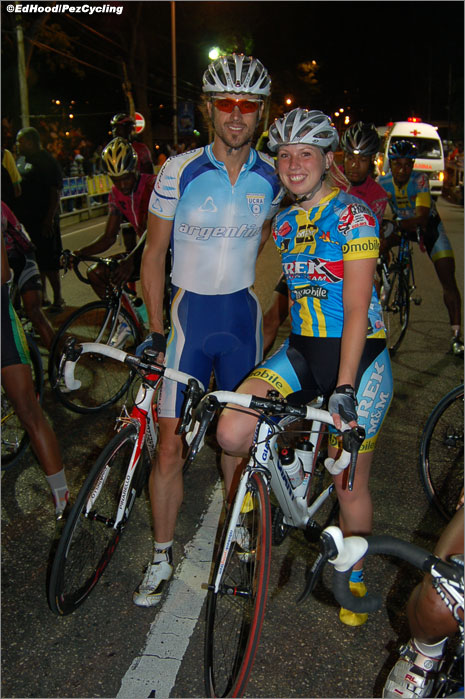 PEZ: Tell us about the singing.
I started playing the organ when I was 13 years old, I always wanted to put music first, but I had my cycling. At a race in Mar de Plata in 2002 the organiser of the Fiorenzuola six saw me singing, and was surprised – he said there was a ride for me in his race if I wanted. So, in 2003 I rode Fiorenzuola and sang there, too. After I return to Argentina, I’m going to take three months off to record my first CD – that will be a dream come true.

PEZ: Can you make Marvulli a singer?
I think so! I think he gets a little embarrassed when we appear in front of people, like at the Copenhagen Six Days; he’s always better in our little rehearsals. But he’s my number one master of ceremonies. 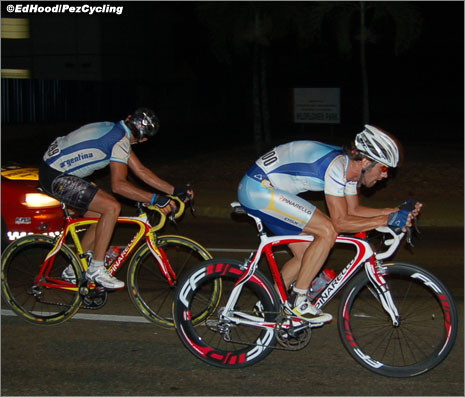 PEZ: Isn’t it a hassle lugging a key board around the world?
It’s bad enough with a bike, yes – but it gets me contracts and it’s my life, so if there’s excess baggage to pay, it’s not a problem.

PEZ: You’ve won sixes.
I’ve won a summer six – Torino and a winter one – Cremona. To win the bigger races I need to improve my level so as I can ride with higher level partners.

PEZ: Will we see a Buenos Aires Six, again?
It depends on the Economy, Juan Curuchet (Olympic madison champion with Walter Perez) is head of the Argentinean Federation and he’s trying to put it together, but it’s not certain. 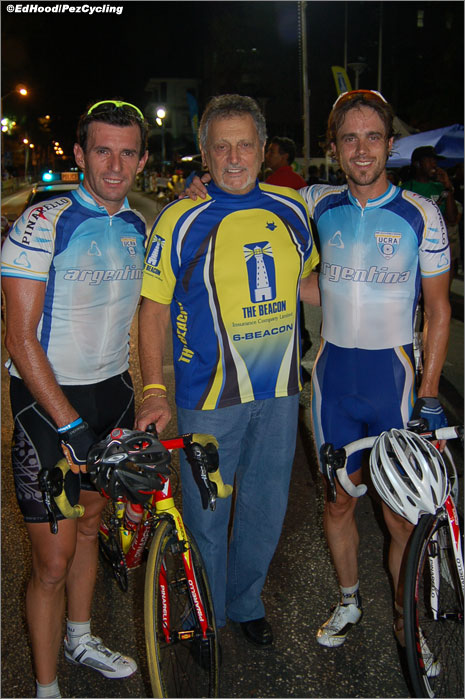 PEZ: Which of your cycling performances gave you most satisfaction?
I was third in a World Cup madison at LA with the Argentinean road champion, Jorge Pi, it was his first madison and no one expected us to ride so well – that was a nice race.

PEZ: Do you race all year?
Normally I don’t take breaks, but as I said, I’m taking three months off to do the CD. I’ll continue with my core training – weights and gym work but I’m hoping the rest from cycling will mean I come back fresh and 2011 will be my best year. 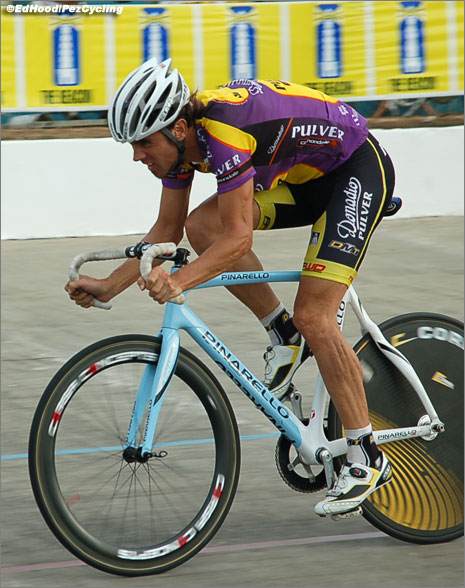 PEZ: You’re 38 now, how many more seasons?
It all depends on the sensations I have; if I can continue at a high level, then I will. I have no family commitments and as long as I can be competitive with the big riders, I’ll continue. It’s OK to suffer if you get results and enjoy it.

PEZ: You have a UCI coaching certificate.
Yes, to ‘level 1’ but also I was voted ‘Cycling Coach of the Year’ three times by Argentinean sports writers. 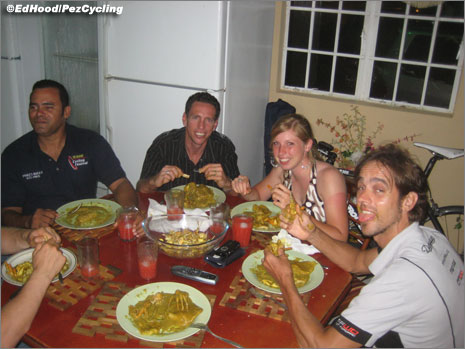 PEZ: Regrets?
I wish I had stopped cycling and concentrated 100% on qualifying as a lawyer, rather that trying to both things. I would have had plenty of time to go back to cycling – I mean, I’m 38! I ended up not being best at either and it tool a long time to get qualified. Even if it meant that it would have been a little later becoming a full time cyclist.

***
With thanks to Sebastian for his time on a hot and sultry night.