The last time we spoke to Englishman James Spragg things were looking good; his team had morphed from QiN for 2010 to Donckers Koffie for 2011, been reinforced by stronger riders and James had a nice crisp, signed contract in his pocket. But the world of the pros isn’t all ‘ice cream and fairies’ especially in the Machiavellian world of the smaller Belgian squads…

Spragg originally came from the world of mountain bikes before moving on to skinny tyres and taking silver in the British U23 road race championship in 2006.

He went pro with the Marco Polo team in 2009, winning a stage in the Tour of Thailand.

The QiN contract came for 2010 with 2nd in Rukkelingen-Loon and 6th in the Memorial Van Coningsloo typical of the results he achieved – as well as having to work hard for the team.

His best result of 2011 was 5th in the Heistse Pijl behind Vacansoleil aggressor Bjorne Leukemans. 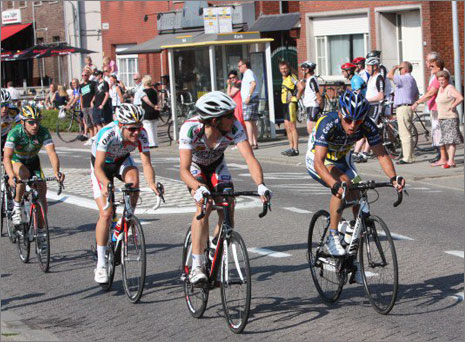 We caught up with James at the end of September as the news broke that the team was changing again, merging with Willems Accent to become Accent Donckers Koffie for 2012 – with ‘no room at the inn’ for the affable young Englishman.

PEZ: How was riding for Donckers, James?
James Spragg: It was a better race programme than QiN but there seemed to be a lot more problems – I get along fine with everyone in the organisation, but I could never get to the bottom of the selection criteria.

You would be told you were riding a race and then, at the eleventh hour you wouldn’t be.

I was meant to ride Paris – Brussels and the Franco Belge but was left out of both – it’s bad for the morale. 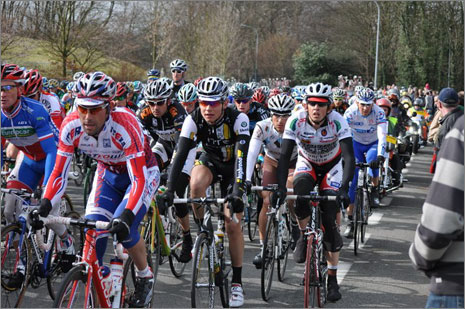 Spragg in action early in the season at Kuurne-Brussels-Kuurne.

PEZ: What about the merger?
JS: The Willems Accent team and Donckers are coming together but it’s not really a merger – only two riders from Donckers are going across.

I was reading in an interview our manager gave to the Het Laatste Nieuws newspaper that I was being retained, but then I received the phone call to say that I wasn’t.

The two guys who are going across both have two year contracts and one is actually taking a sponsor with him. 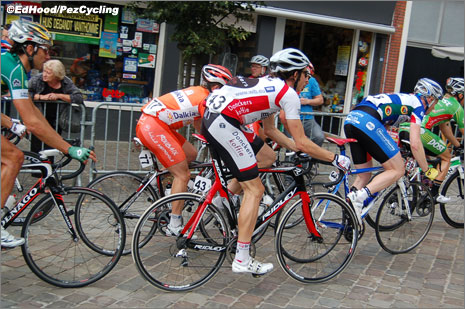 There have been so many promises that haven’t been kept – I was told I was riding a race in Iran as part of the team’s preparation for the Tour of Belgium but again I was told late in the day that I wasn’t going.

As it transpired they didn’t go to the race anyway – visa hassles or something like that.

But then I was told I was told that I wasn’t going to the Tour of Belgium – I had prepared for it and was fifth in my last race before it was due to start. 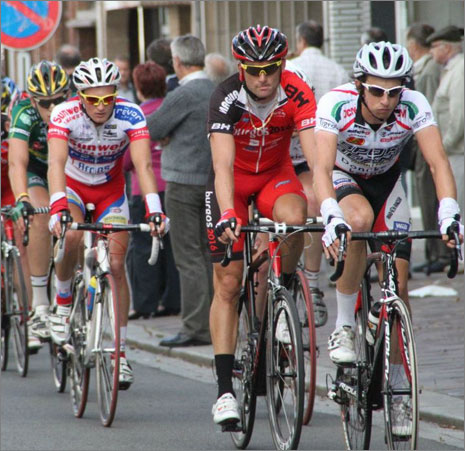 That face pretty much says it all.

PEZ: How have the results been?
JS: I’ve had a couple of top ten placings but I’ve not had the best results – I broke my collar bone in a crash and was out for six weeks, that didn’t help.

It’s just been ‘one of those years!’

PEZ: How is 2012 looking?
JS: I have nothing at the moment, I was talking to two teams but they’ve told me that they have no spaces. 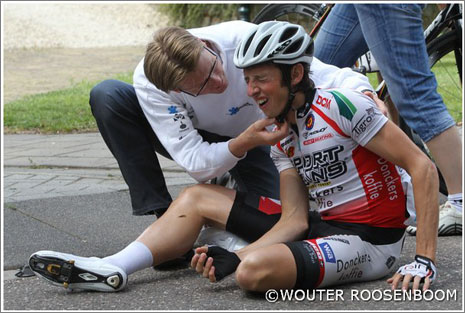 PEZ: Do you have an agent?
JS: I did have one, I signed with him in January for two years, but he wrote to all of his clients in the summer to say that it wasn’t working out for him financially and he was stopping from 31st August.

There are a lot of riders in the same position as me but I’d really like to continue in Europe and not move back to racing in the UK.

PEZ: What’s the buzz like in the peloton with HTC folding and the Leopard mess?
JS: No one really knows what’s going on, but it’s bad if Pro Tour teams fold because it means that the riders have to go back down to Pro Continental and that means that riders can’t move up the ladder from Continental teams.

The teams are all sitting back waiting to see what happens – they’re very much in the driving seat in this climate.

PEZ: Are the late season races particularly hard because riders are trying to catch the eye of sponsors?
JS: Maybe; the thing is that it’s always hard in Belgium anyway – I’ve never ridden an easy race here!

But there are guys who are riding five or six times in ten days to try and get results, yes.

PEZ: Do you still have many races to ride, this season?
JS: I have a couple of pro kermises and a couple of UCi 1.1 races – my last race is a UCi 1.2 team time trial on 16th October it’s part of the Belgian ‘Top Competition’ series of races.

I had really hoped to ride the Franco Belge because it’s a good shop window. 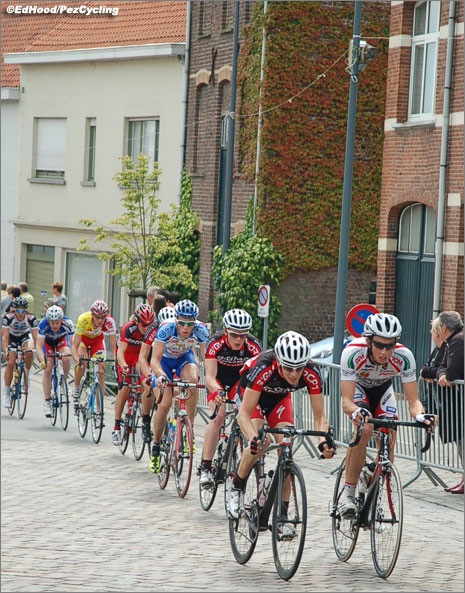 PEZ: Have you thought about riding the ‘crosses’ – you’d be on start money?
JS: Not really, even although I had the time of with the collar bone I haven’t done that many less kilometres than I did last year.

You could ride the ‘crosses but by the time April came round – and it’s really kicking off in Belgium – you’d need a rest.

I prefer to have a break back in the UK and be fresh to start training for 2012 – and I’m doing an Open University course over the winter.

PEZ: What’s the plan now?
JS: I have to ride as many races as possible and talk to as many people as possible.

I have to keep networking – it’s a pain in the arse and stressful, but it’s just part of the game, isn’t it?

Champion Physiology: What Makes You Fast?