In the autumn of 2009 James Moss was still a surveyor and a ‘weekend warrior’ on the bike – within weeks he was a full time pro with Scotland’s Endura team, duelling with the Pro Tour squads in the Tour of the Mediterranean and Tour of Murcia. We thought we’d catch up for a ‘Christmas end of term report` on his first Pro season with the 25 year-old from Newcastle.

PEZ: How have you been coping with the snow, James?
James Moss: It’s been pretty bad, we were supposed to have a team get together at the Endura factory in Livingston but a lot of the lads couldn’t get there due to the weather.

I went off to Lanzarote for ten days with Ian Wilkinson to get some miles in under the sun; we did 1000 kilometres in ten days – just what we needed.

Ian Wilkinson pauses for a stretch somewhere near nowhere in Lanzarote.

PEZ: Do you ‘cross’ train?
JM: I go to the gym two or three times each week and I’ve bought a cyclo-cross bike – I’ve been doing a few races, just to help with my condition.

PEZ: How does your 2010 condition compare to 2009?
JM: I’m much farther on; when you go full time your body adapts to it – for example I’m able to do much bigger distances in training than I could at this time, last year. 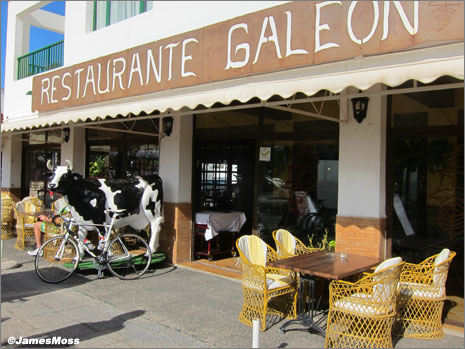 PEZ: Lessons learned from your first pro season?
JM: You have to plan your training, not just go out and ride your bike; in stage races don’t go hammer and tongs on the first day, even if you feel good; and in stage races – save, save, save energy. 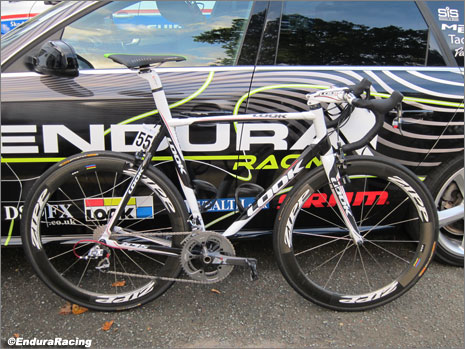 James got a new bike for the Tour of Britain. 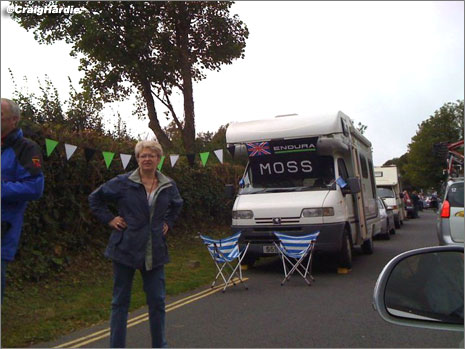 Along with his own fan club!

PEZ: Best ride of the year?
JM: I was very pleased to get a ride in the Tour of Britain – it was only six man teams.

Paris-Correze was a good race for me, I made the split and was in the lead group of 30 or 40 on stage one and at the end of stage two I was at the front of the race, again – not just making up the numbers.

Another result which I was pleased with was third in the Warwick criterium; it wasn’t a huge race but I’m not a ‘crit guy’ so it was good to be on the podium. 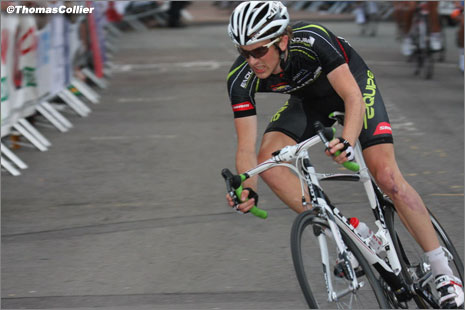 PEZ: Tell us about the ‘Wilkinson’s Tour Series crits laps out controversy.’
JM: It was a mountain out of a molehill, Ian didn’t take laps out. 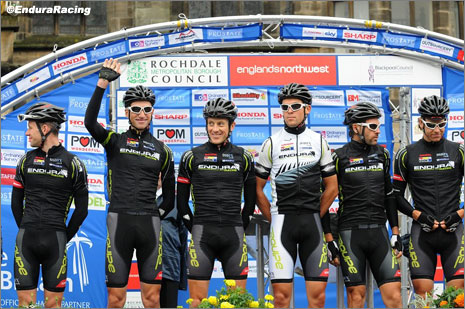 PEZ: The Tour of Britain?
JM: It was a very strong start sheet and a big learning curve for me.

I did so much work for the team on day one that I couldn’t go with the big move on stage two – some of the Pro Tour guys are just so strong.

Some of the stages of the parcours were so savage, straight into climbs from the ‘off’ – horrendous!

I got through the hard days though and was able to do my job for Rob Partridge – who was top ten on GC at the end – on the flat stages and the last day in London, in particular.

It was a great experience for me, particularly when you think that the last few years I took time off work to go and watch the race. 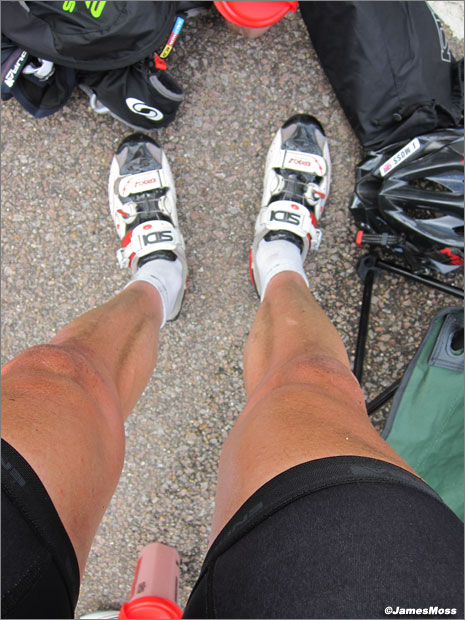 I’d like to make the teams that ride the European races – there to get a result for the team – and for myself.

In the UK I’d definitely like to make the podium in a Premier Calendar race. 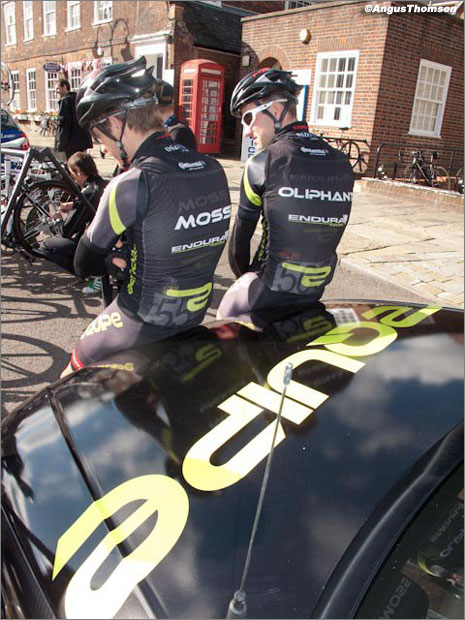 PEZ: Have you met your new teammates, yet?
JM: I was supposed to, but like I said the bad weather stopped that from happening, Dave Clarke (ex Pendragon) was there and Maarten De Jonge (Netherlands) – but I’ve still to meet Rene Mandri (ex AG2R), Paul Voss (ex Milram) and Alex Wetterhall (ex Team Sprocket.)

We have a training camp at Girona in early January so I’ll meet them all, there. 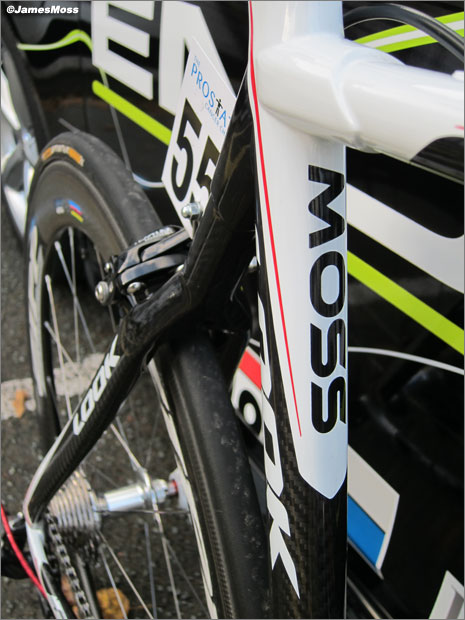 We’ll be on Zipp wheels – in my opinion they’re the best there is; SRAM groupsets and Continental tyres.

PEZ: It’s a dual UK/Euro programme, I believe?
JM: Selections will be made based on a rider’s form and how well he’s suited to a particular race rather than having two separate teams on the go.

We’ll be riding UCI stage races in Europe, Premier Calendars and the ‘Tour Series’ criteriums in the UK, the Tour of San Luis in Argentina, the Tours of the Med and Murcia and the Coppi-Bartali stage race in Italy. 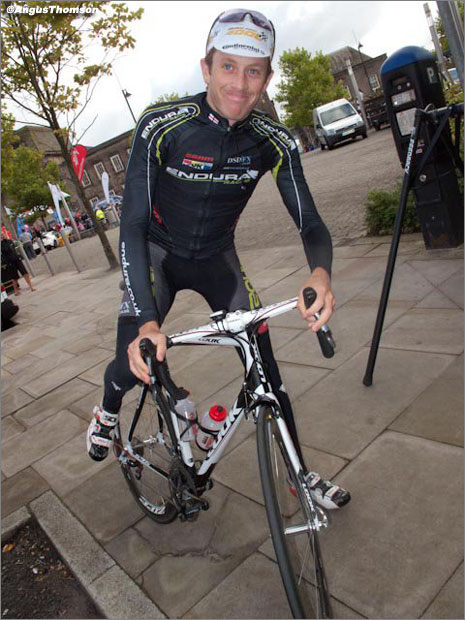 PEZ: And if you could change one thing about UK cycling?
JM: The races are good, well organised but I’d like to see more finishing circuits used – take the racing to the public.

The Beaumont Trophy in the north east of England is a good example of how it should be done with a finishing circuit taking the racing into town.

PEZ: And how will you spend Christmas?
JM: I’ll be going home to my mum and dad’s for a slap-up meal – that’s what you’re supposed to do, isn’t it?

PEZ On The Scene: Vuelta a España ’11 Presentation