Catching Up With Graham Strugnell

Rider Interview: Ed Hood thought it was time to catch-up with the elder of the Strugnell family, Graham, to find out how his racing has been going since his bone marrow transplant in 2011. 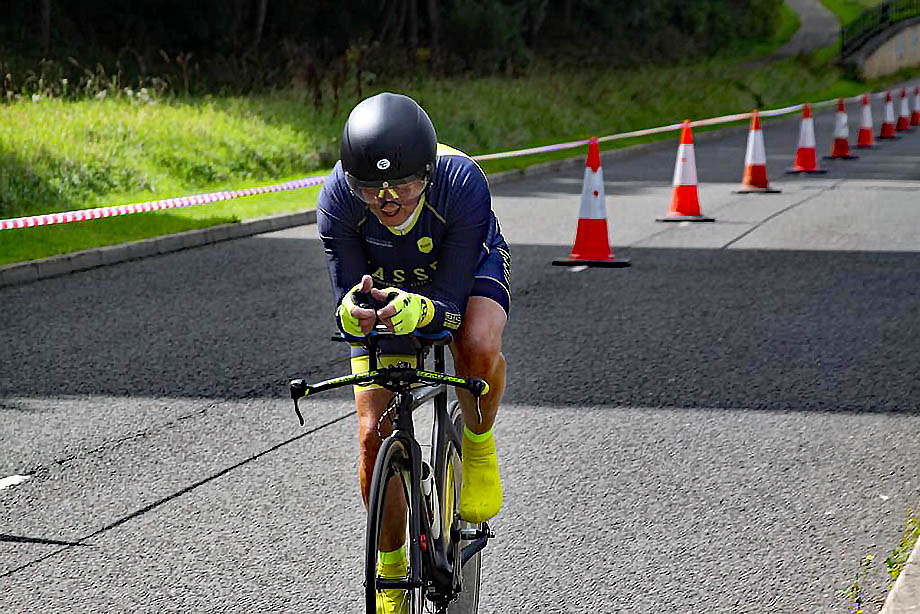 Graham Strugnell’s name has featured in the pages of PEZ in the past, he’s the father of Karl whose beautiful Reilly race bikes have graced Readers’ Rigs a time or two

But Graham, who’s now turned 70 years-of-age, isn’t averse to turning a pedal in anger himself. In fact, he’s been British and World Champion for his age group in the Transplant Games. We asked him how he became to be eligible for these competitions?

Graham Strugnell: I received my transplant in 2011 after being found collapsed on the road while out training in 2009 and was diagnosed with a brain tumour which turned out to be neuro sarcoidosis. The medication then brought on very severe aplastic anaemias resulting in a bone marrow (stem cell) transplant in 2011 which although was not pleasant I recovered and have been healthy (colds apart) since. I was totally determined to resume my cycling and get back to racing going against some medical advice to take it easy for a year or so. When I was at the hospital mid-year 2012 less than a year after my transplant, I entered my first transplant games.

I’ve also been invited to two previous world championships in South Africa and Argentina but as the Championships are self-funded and considering the logistics and high costs of getting two bikes and all the other kit you need to race to the venues, I declined to enter. It’s graded by age, I’m in the 71 to 79 years-of-age category and obviously you must have had a transplant. 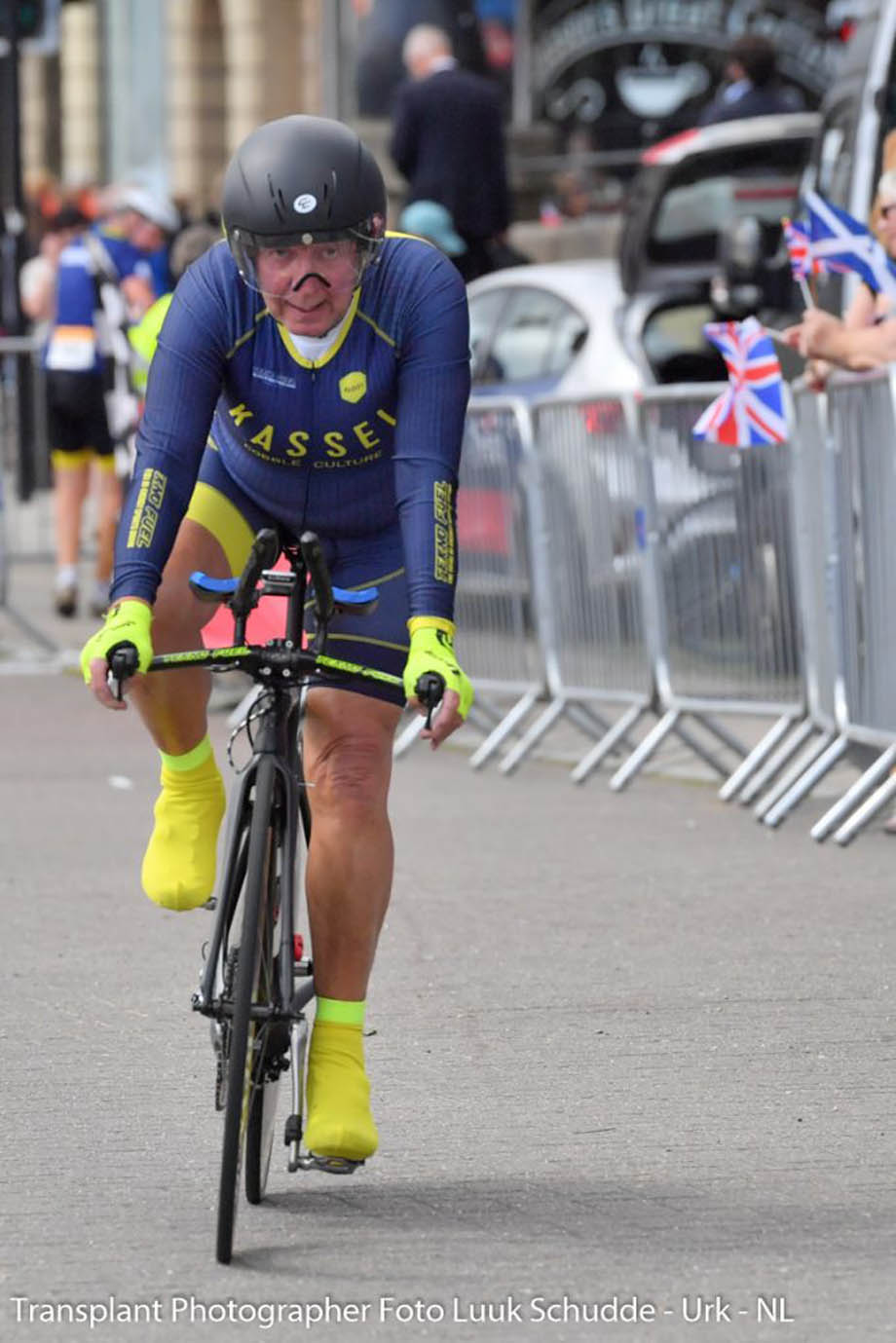 PEZ: I believe you had a crash which could have compromised your preparation, last year?
Yes, while out training I was knocked off my bike and suffered a broken coccyx and although this looked like the end of my early pre-worlds training by altering my position I still managed to continue training and prepare for the World transplant games in Newcastle – which turned out to be a very successful games for me.

PEZ: You used to race rally cross?
Yes, and it was when I finished with motor sport I decided to get into cycling; I was getting fat and needed something to stimulate my competitive side. I started back on the bike when I was around 45/46 years old. I’d had a hand built bike back in the 60’s but girls, scooters then rally cross got in the way of that. 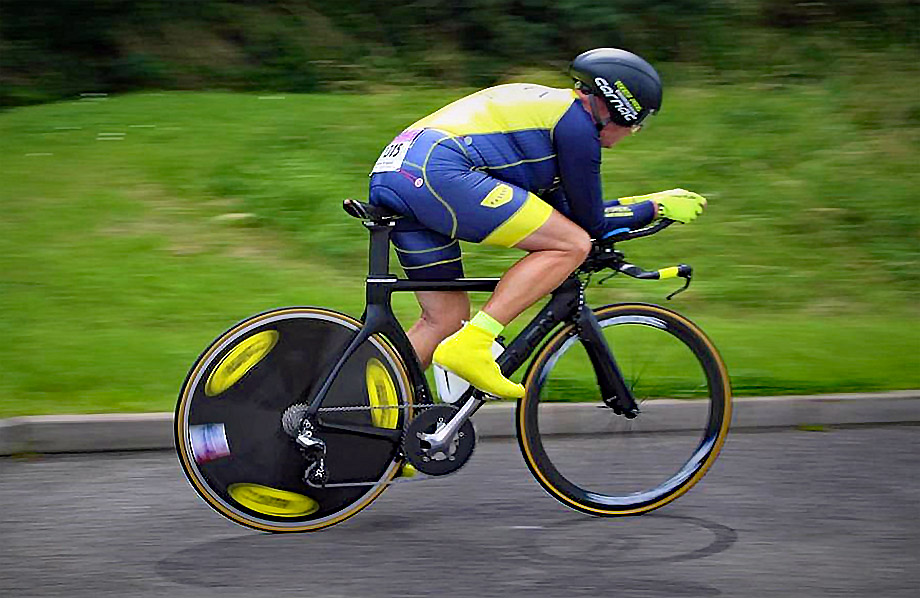 PEZ: And was your taking it up how your son Karl got into the bike?
Yes, he followed me in to the sport, he was very promising as a youngster but then was away from the sport. He’s ‘come back’ these last few years and that’s how you’ve been reviewing those nice Reilly bikes of his.

PEZ: And the World Transplant Championships were held in the UK, this year?
Yes, in Newcastle, for safety reasons they’re held on closed circuits, the road race is more of a criterium than a road race, really. I don’t have any back up, I just travel there on my own, look after my own bikes and get on with it. 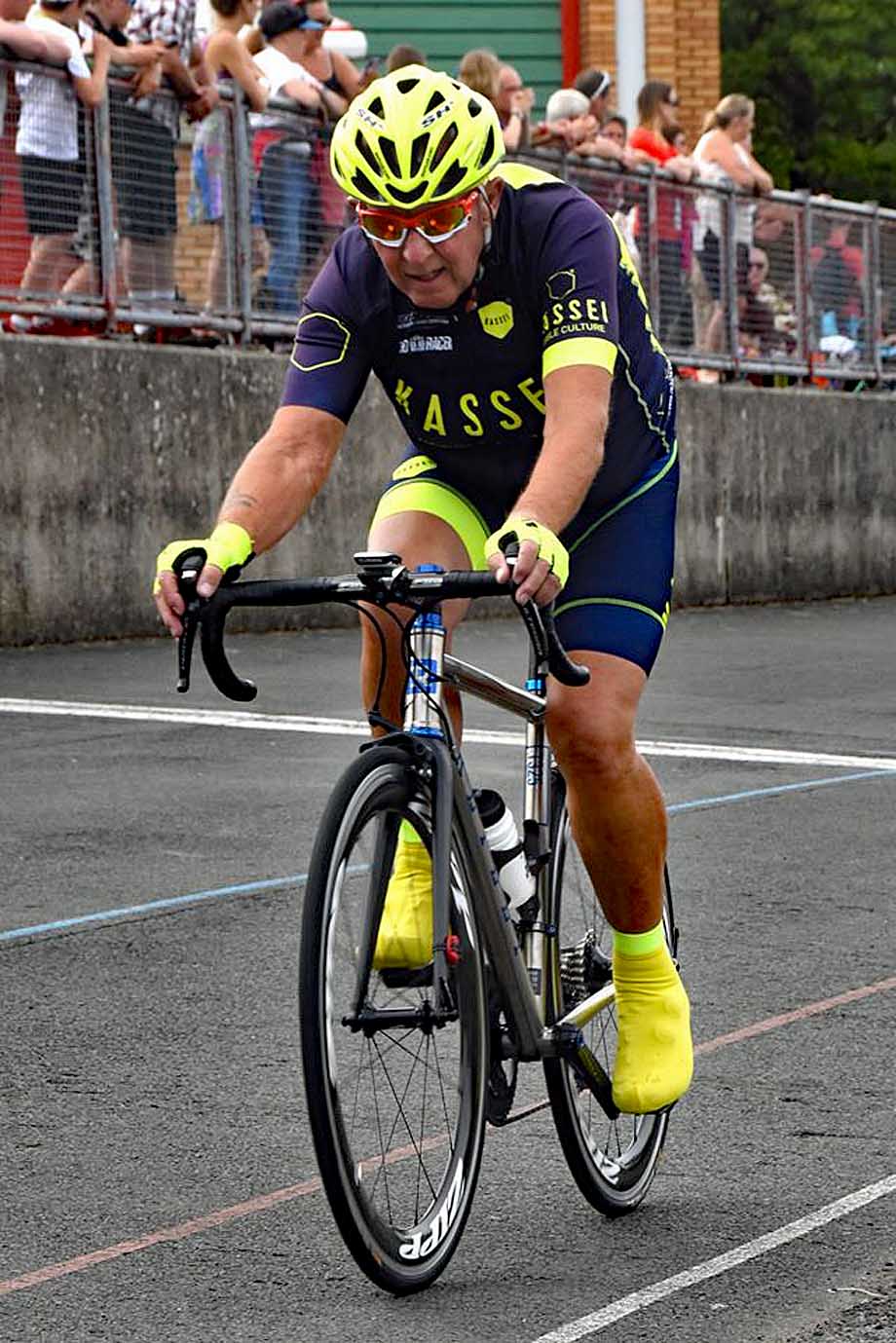 PEZ: On the subject of bikes, do Reilly supply the hardware?
Yes, they built my titanium road bike, which is very similar to the one of Karl’s which appeared in Readers’ Rigs. Reilly don’t build time trial bikes at the present time so I used a Dolan. I think that come March, when I’m a bit fitter I’m going to get a bike fit done with the Dolan, I feel my position could be better. I’m lucky in that I have folk who help me with equipment; apart from Reilly, David Jack supplied ceramic bearings and untold advice, his company, Digirit have agreed to supply me this year with their carbon chainrings and over size derailleur jockey wheel kits. Lee Hine Ti Bike Also supplied me with nice structural use titanium bolts which go with the colour of the bike really well.

PEZ: Do you have a coach who works towards getting you in best shape for the championship?
Not really, I’m mostly self-coached; although I can ask Professor Richard Davidson, who was a Scottish Champion cyclist, for training advice – he also coaches Karl. I start training in earnest once the weather gets a little better come March. The events come at a good time for me, in August, by then I’ve done a lot of base miles and been riding mid-week time trials so I’m in decent shape.

PEZ: What about the medical aspect?
I’m checked by the doctors every six months but I can call them at any time. I don’t have any restrictions on how much effort I can put into training, I push myself as hard as I can. 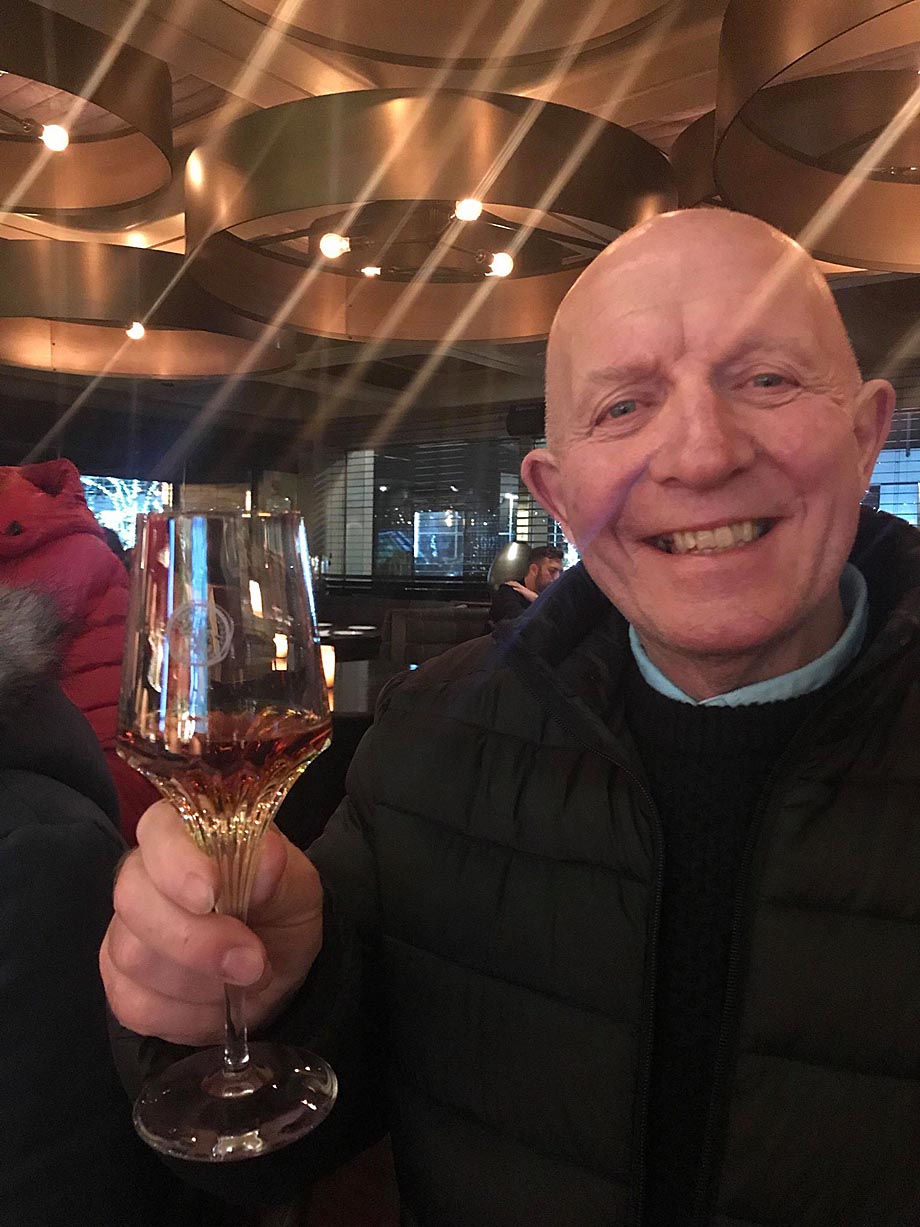 PEZ: Do you do other races than the worlds?
Apart from the worlds I ride mid-week time trials and once a year I travel over to Belgium to race.

PEZ: What are the goals for 2020?
I’ll be riding the British Champs again and making my annual pilgrimage to Belgium. There are no Worlds this year, they only hold them every two years. The next games are in Houston, Texas so costs will be prohibitive – but I’m going to look into sponsorship to get me over there and ride to defend my titles. 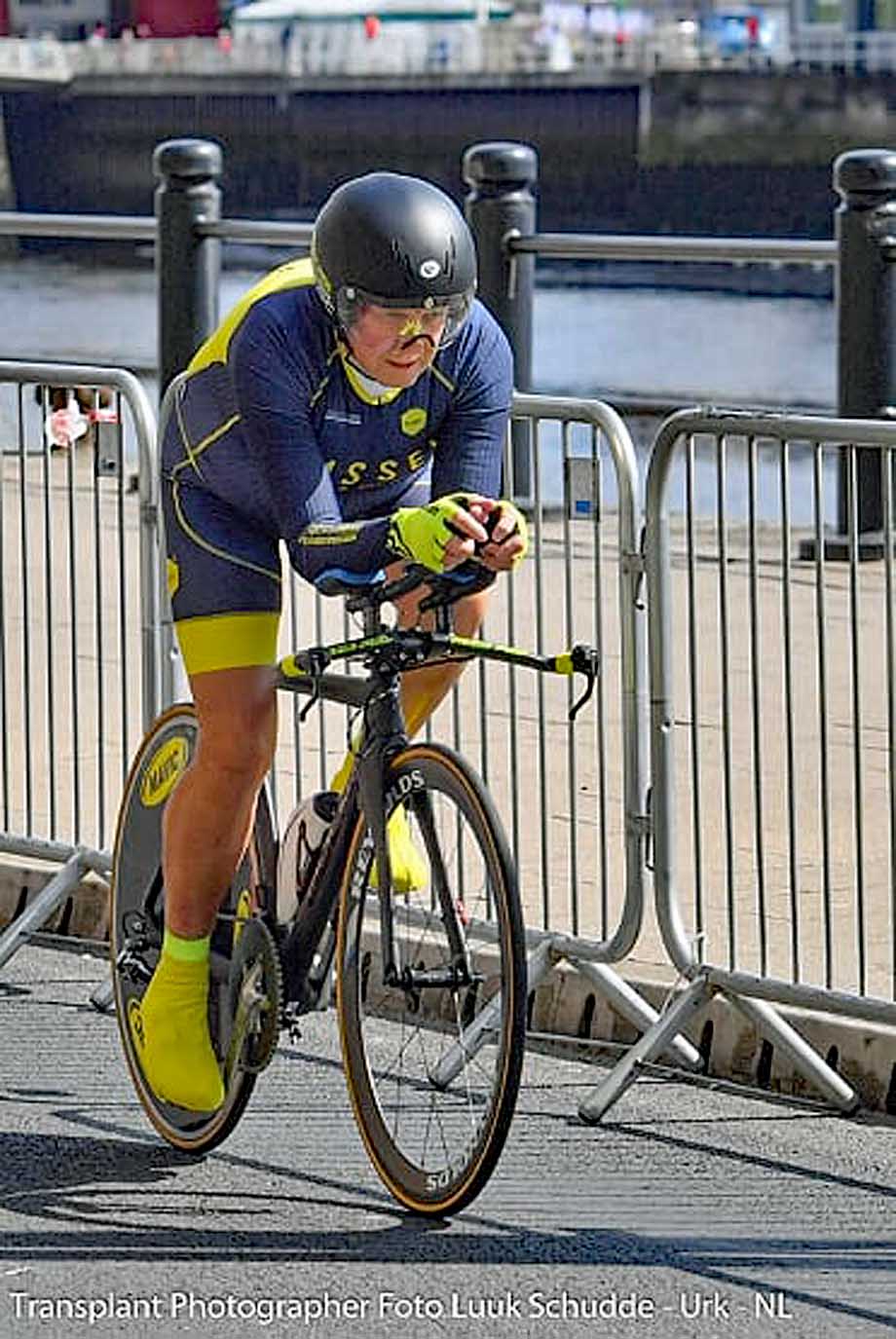 # When you speak to a man like Graham it puts into perspective the reasons we find not to ride our bikes – respect sir. #