Rider Interview: Every winter since 2018 our man in Spain, Alastair Hamilton, has interviewed Andrea Pasqualon at the Intermarché, or Wanty–Gobert as it was then, training camp in Albir on the Costa Blanca. Due to Covid there was no interview in the winter of 2020/21… two years on and we catch up with Andrea. 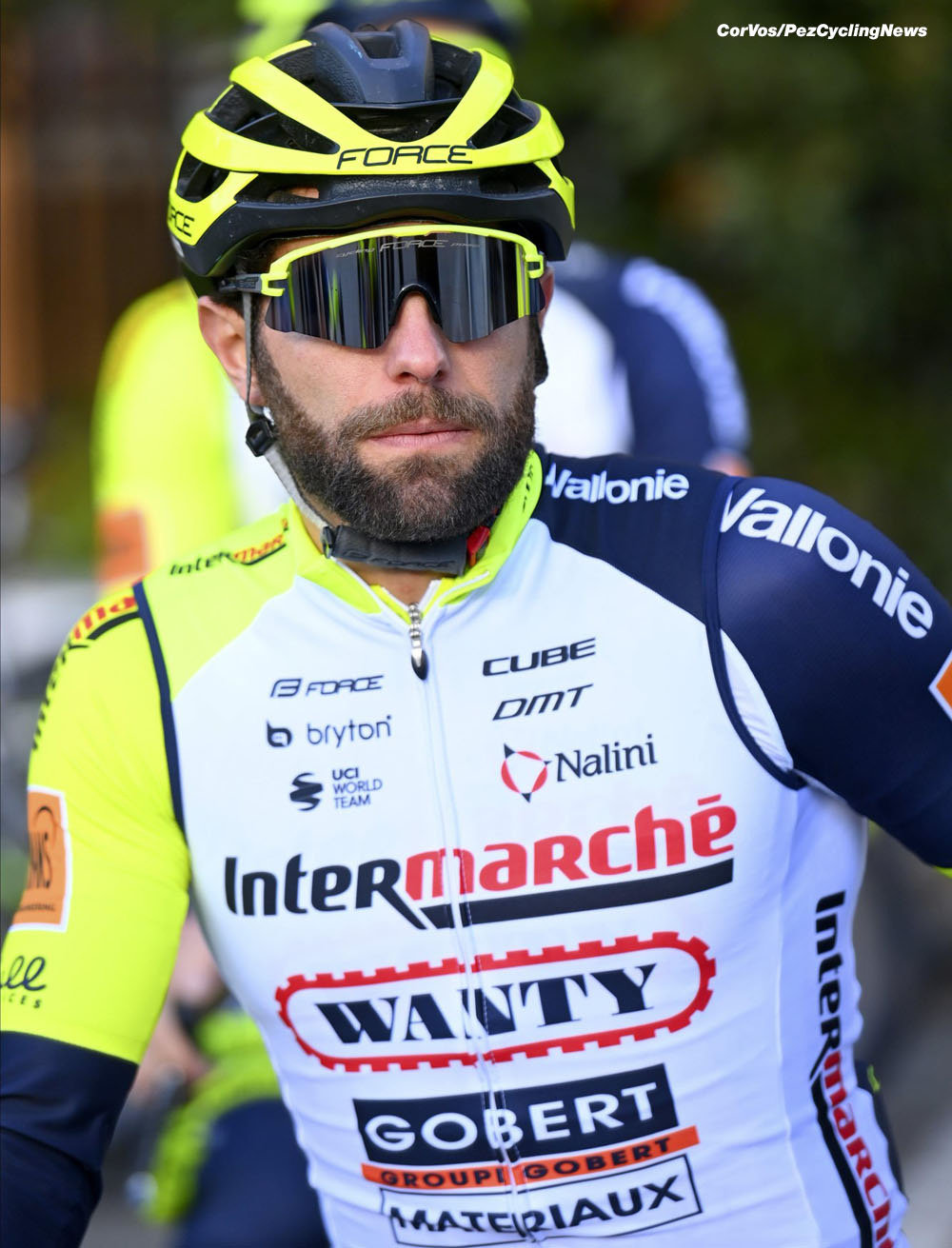 PEZ: Two crazy years, how was COVID for you?
Andrea Pasqualon: Yeah. I think not only for me but for everyone it has been two really crazy, crazy years. I think before nobody know what can happen in that that time and then we can we can see has also now a lot of difference between some people because we know we have to respect the rules and we know that we have to respect them for our benefit, but also for other people. I hope in some months, not in some years, but in some months to finish these rules. I have a daughter and we have to say to her not to kiss the other babies, not to kiss their grandparents. I think is not the good way to live. We learn from our parents and from other people we love that is good to hug and kiss and not to stay away from the friends and family. 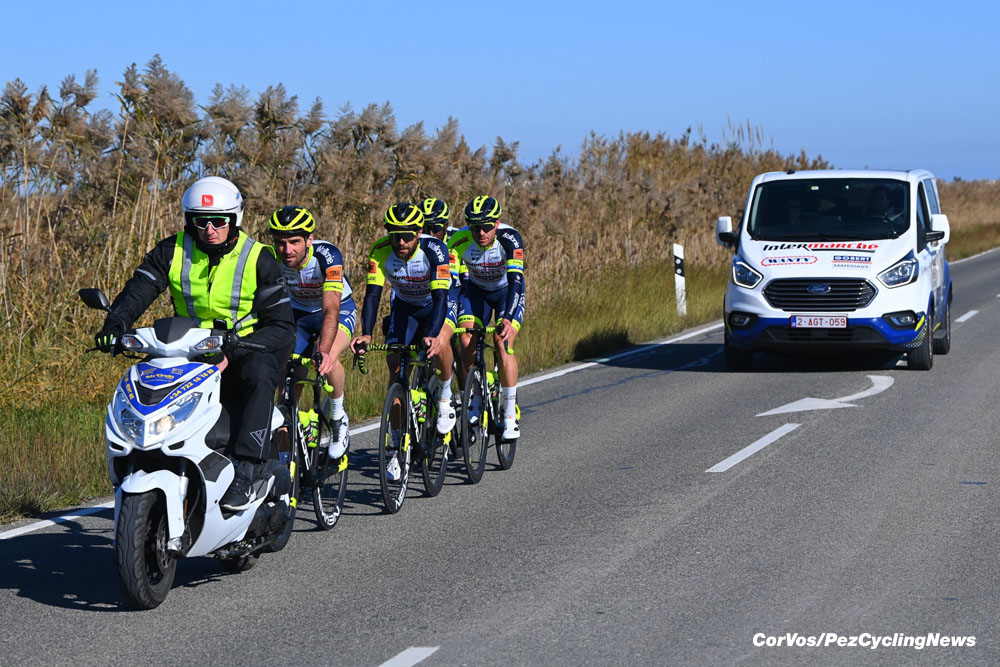 Training for next season with Planckaert Pasqualon and Kristoff

PEZ: And racing without spectators.
More the year before, but I remember. I remember in the Ronde van Vlaanderen, one of the most beautiful races with the best spectators of any race, but they were not allowed to watch the race and it was really horrible and terrible also for us to do the race without fans and without spectators. We know that if it wasn’t for the TV and for the media, it wasn’t possible to be there.

PEZ: You could hear people change gears and people talking.
Really strange because we know that we live with the people next to us and we have contact with the people on the route. Also for the sponsor is not easy to have to continue the project in the sport without interest from the people, it is this interest that makes the sport grow in the future. 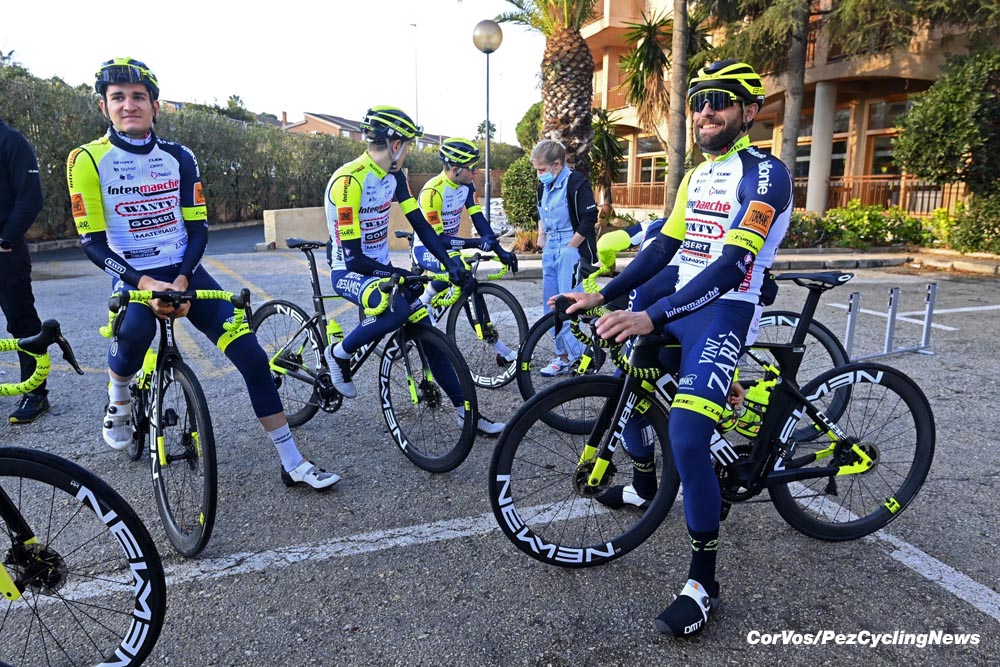 Training in Spain for the 2022 season

PEZ: So with Kristoff in the team, will things change for you?
For sure. Because now I have another role in the team. He’s one of the biggest sprinter in the World, but not the fastest one. And then cycling has changed from 10 years ago, because 10/15 years ago everybody was able to win a race without help or without men. Now we know that to win you to have a good helper, you have to be a good teammate and I think in Intermarché that now I am one of the big helpers, especially for Kristoff because we have a connection, we know what we can do together and we can have some good results. I’m sure that we are capable of winning races if we really work together this year.

PEZ: What is your big hope for this year?
One big goal is to be to be there, to be in the top shape in the Classic period and after the Classic period in the Tour de France. It is also for these reason that me and Kristoff have the same programme, completely the same programme from the first of February till the end of the Tour de France. We are here to start the build-up over the next months towards the victories in the months to come. 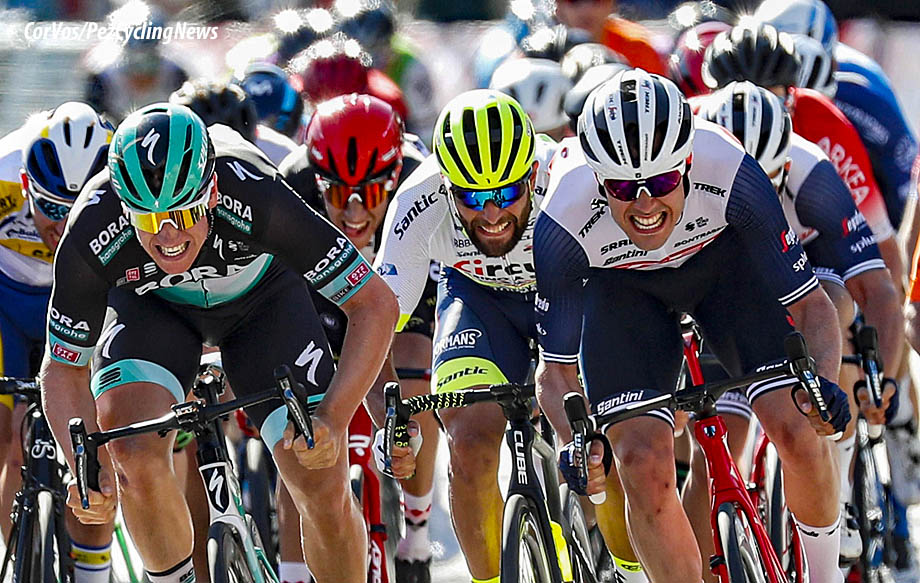 PEZ: What is your first race?
My first race will be in Mallorca and then Valencia. 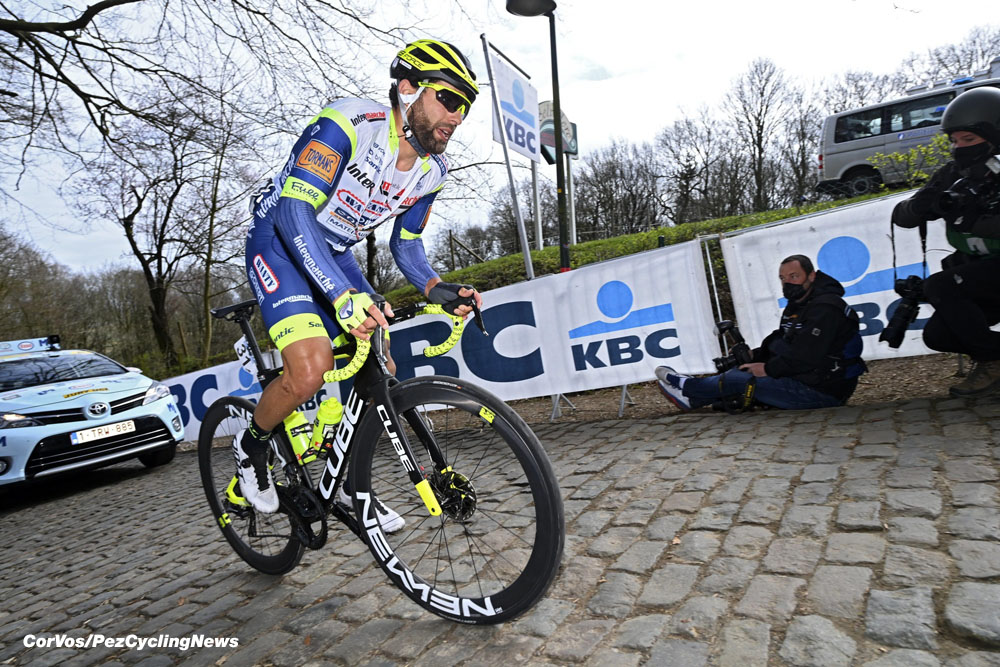 On the Belgian cobbles

PEZ: I remember you said your favourite race was the Tour of Flanders, is it still ‘De Ronde’?
Yes. My biggest favourite race and they hope that this year the spectators will come back and we will have a Flanders like some years ago. 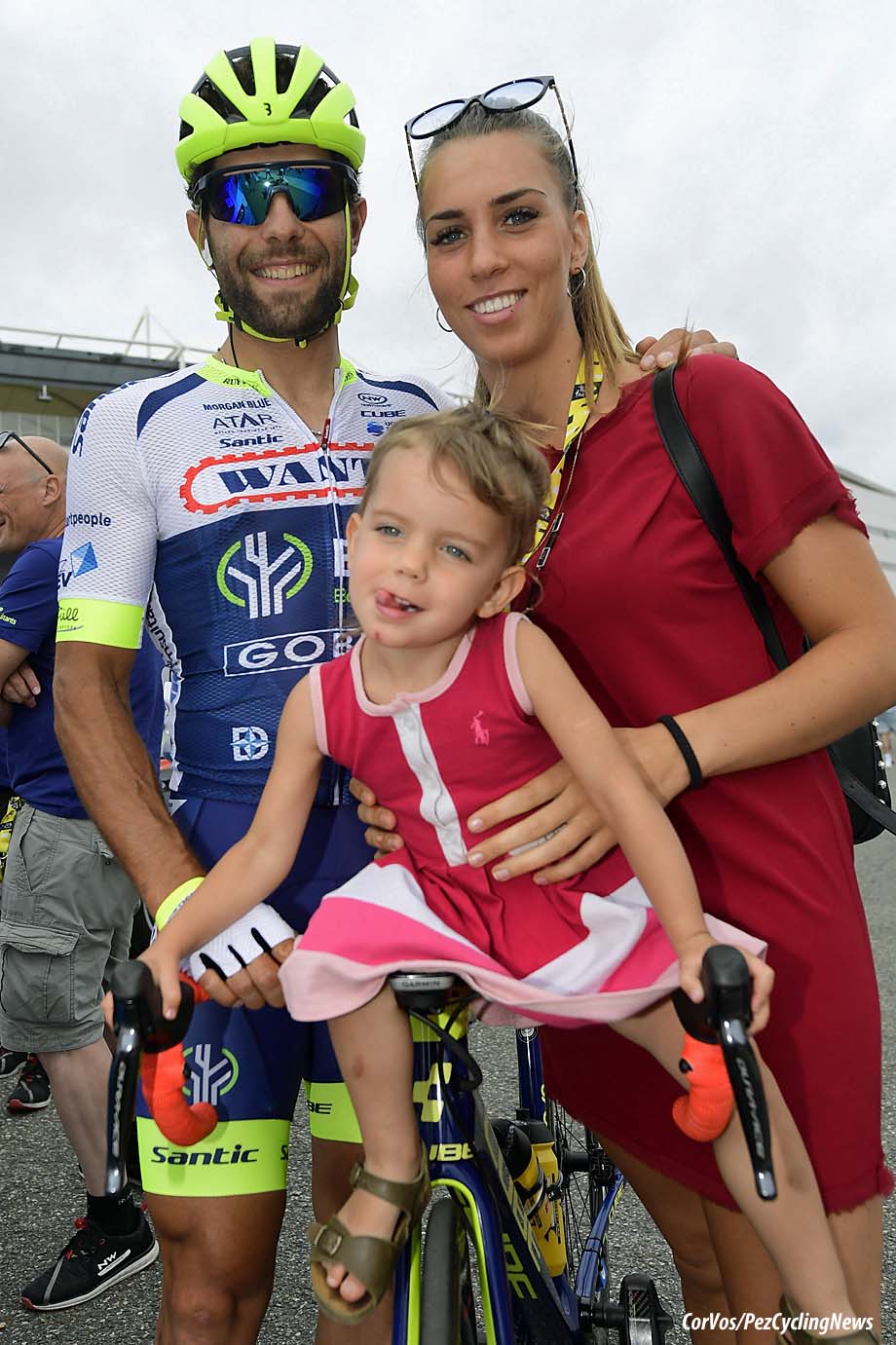 PEZ: Is your daughter still learning English… and Catalan?
Yes. English, no Catalan, and then Italian for the moment and then some words in Spanish.

PEZ: Have things changed, in general, in the team for this year?
Yes, for sure we see that the team is growing every year and is more and more professional, we know that there are also more professional riders in the team, more champions, but also the staff is changing a little bit. We have Aike Visbeek, who is the performance manager, he came from a big team and he was with Tom Dumoulin when he won the Giro d’Italia (2017), you know when you have a guy like him next to you, it is something important to be better and to get more professionality inside the team. 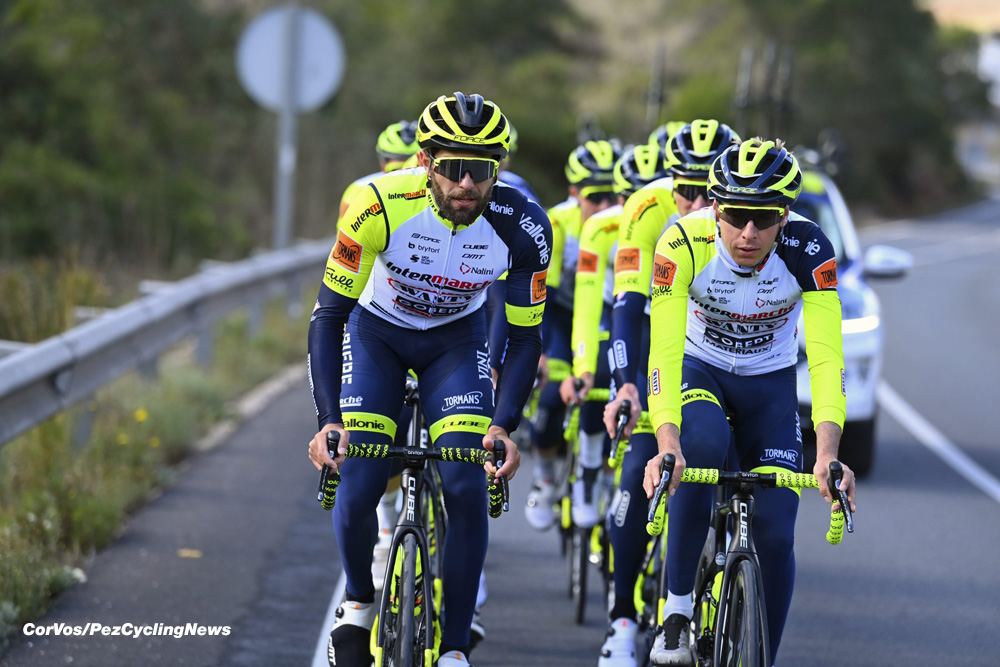 Getting the kilometres in with the team

PEZ: And now a new Italian sponsor.
We have a new Italian sponsor, which is nice. I’m from Italy and so I have more confidence, I have more friends, because also Nalini and Vini Zabù have joined the team. It is important also for the future I think for the size of the team also because I think they like the project, they like that we can continue not only for one year but for many years and then I think it is a team that every year is better and better and also for the sponsor I think is interesting for them to stay with a team like us that every year we get better.

PEZ: Does this mean you will race more in Italy?
We have some new races in Italy, like the Tour of Sicily. Vini Zabù is from Sicily and also has interests in the south of Italy and for sure we go we go there to do our Job, but also to discover a new part of Italy and our new partner. 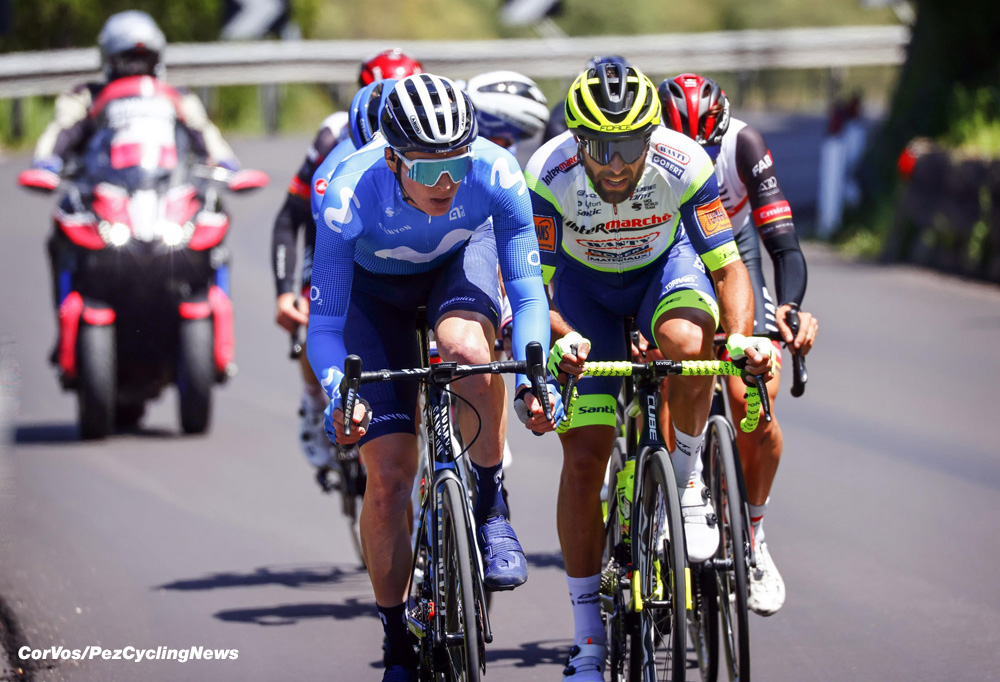 PEZ: Previously you were racing from February to October, will that change due to the team getting bigger?
Yeah, but in the end I’m a man that the team I think needs me and I need the team because we grew up together from the beginning, this is the seventh year this year, and we started from a really small, small Continental team and now we are WorldTour, but six years ago I was a no body and now I’m in cycling with a specific role and I think they trust me, this is something nice. 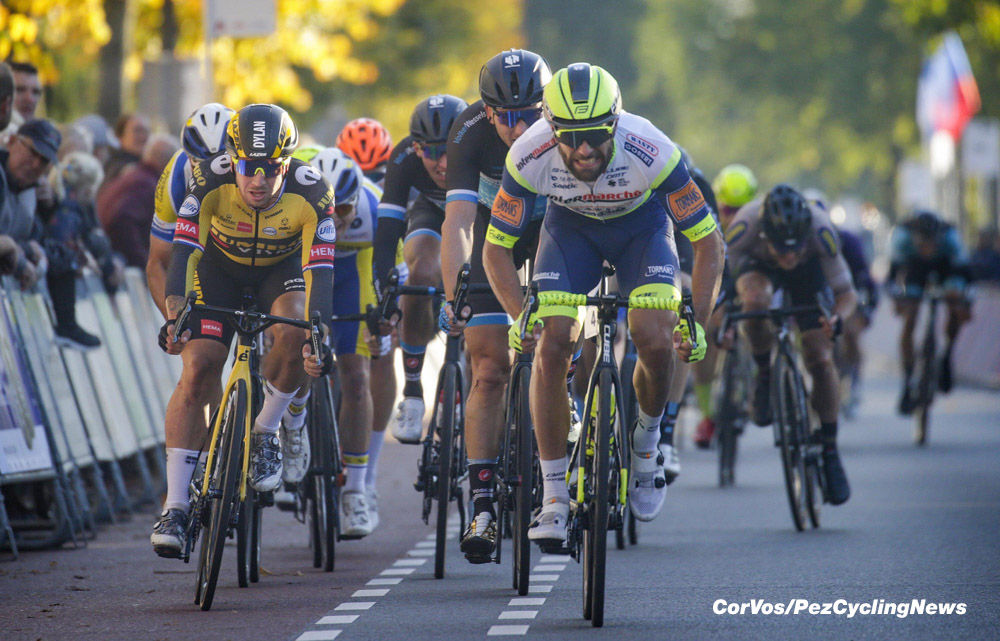 Sprinting against Dylan Groenewegen in Drenthe

PEZ: So what is happening with the teams in Italy? There are less and less teams again.
I know, now Vini Zabù has come with us. We know that this virus has created a bad situation, not just in the World, but also in the companies, it is really, really difficult to continue a project if every year something doesn’t work in a good way, it is not easy. I think Intermarché is still in cycling because, fortunately, all the sponsor are friendly, are really friendly, and I think they continue because they have an ambition to be to be good, to be at a top level in the future. They believe in every sponsor and this is something nice to see. Also for this reason we have a lot of sponsors and not only one sponsor of the team and I think is this is the way to grow more and more for the future years in cycling. I think they found a good way to stay at this level.

PEZ: But the problem in Italy will be that there is less possibilities for the young guys, they seem to go from junior to WorldTour and the Under23’s are disappearing.
We know that ten or fifteen years ago the biggest teams in Europe, in the World, were born in Italy, now we don’t have a team at WorldTour level. I hope that in the future we have someone that creates a team, there is a possibility to do that, but we know that there is not it’s not easy and then we need some good people and a good partnership to do that. The good partnership can be there as we know there are really good companies in Italy and we know that Italy is also a country that makes good products, but it’s not easy to invest in a project like a cycling project. 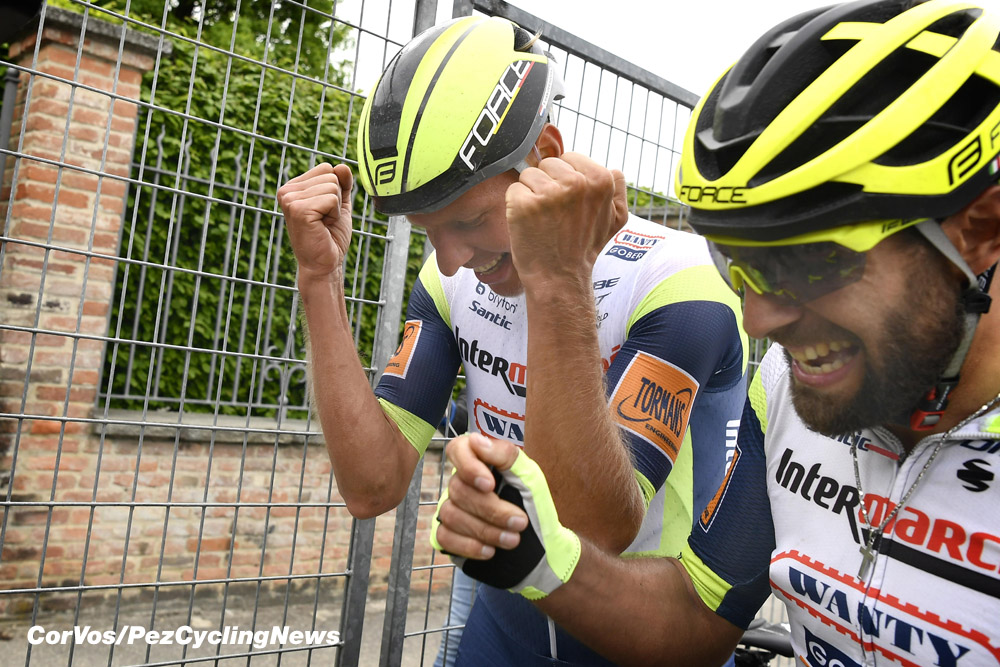 PEZ: A Big team is a lot of money.
Yeah, it’s a lot of money, but the way to start is not with a really big team, maybe professional team and then growing year by year like Wanty did over the last five/six years.

PEZ: So you are still a happy guy?
Ah, for sure I’m still a happy guy! The only problem I have is with this mask, we cannot see people smiling behind it and I hope in a really short time we don’t need these things and we can live and enjoy the beautiful and the most important parts of our lives, the love and our children and the people that love us and everybody. 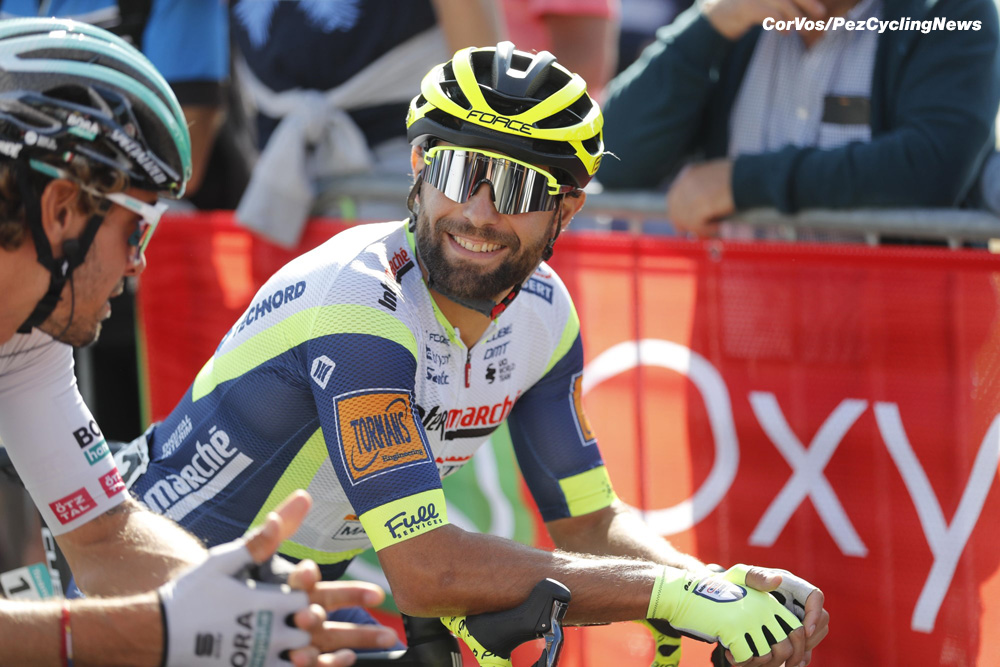 PEZ: Tadej Pogačar or Primoz Roglič?
I like more Pogačar because, I don’t know… Yeah, he’s younger and I saw Pogačar win the Tour de France without a team, without any teammates. Also when we saw what he did in the last stage of the Tour de France on La Belles Filles, he did something really amazing. Amazing also for us to see that type of effort, this type of victory was something special, something nice. And then in the end he seems more fun than Roglič. 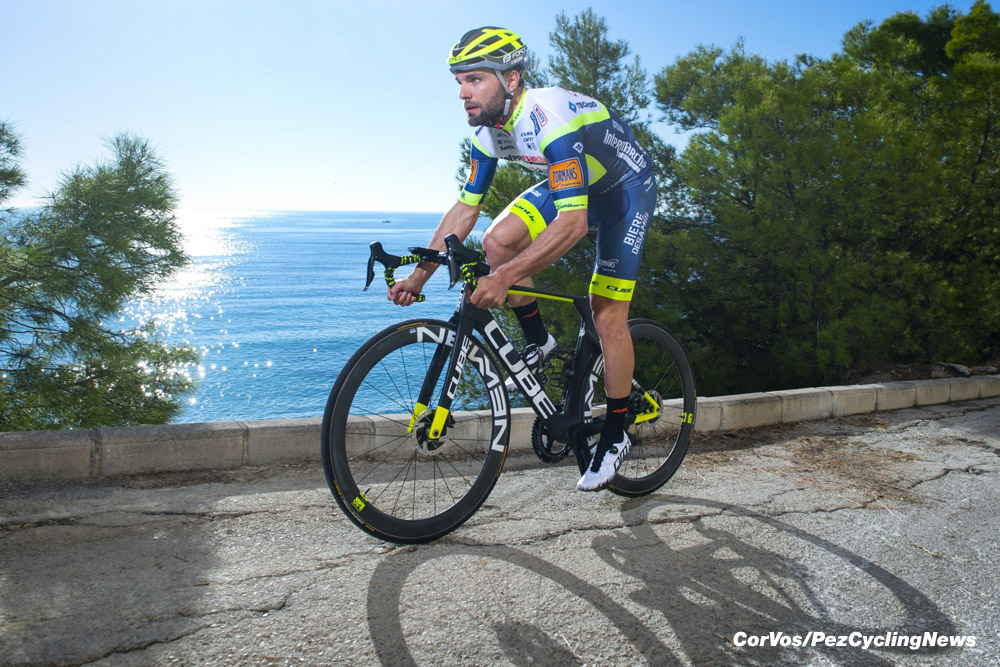 # Thanks Andrea and good luck to the happiest guy in the WorldTour and we hope to see him winning or helping the team win in 2022. #