Catching Up With Rock’s Michael Ball!

The BlackBerry alarm rings at 05.30 and the red light is flashing; I’ve got mail – it’s from Rock Racing’s Sean Weide. “I can get you 15 minutes with Michael Ball – as one of only five media representatives who will be interviewing him tomorrow. He can talk about Rudy, the 2009 roster, Tyler, etc.” Wow! Let’s see what Mr. Ball had to say. 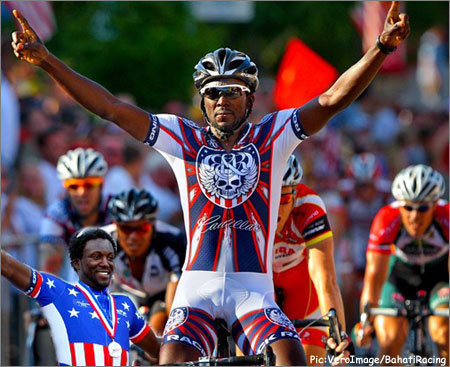 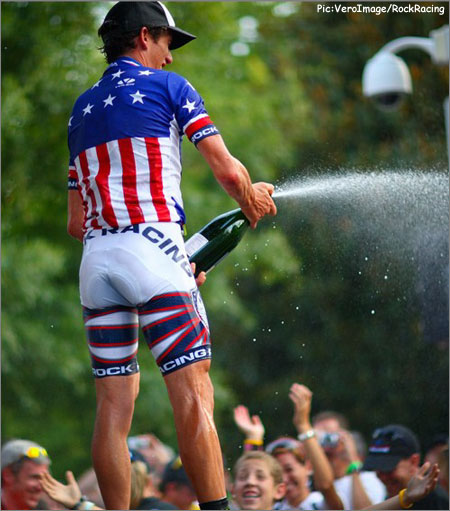 PEZ: Rudy Pevenage – whose idea?
MB: It just kinda happened; Jan Ullrich was over for Interbike, I heard and invited him for dinner. Rudy was with him and we just started messing with ideas. They both thought that their time in cycling was over, but I was able to turn their thinking around. 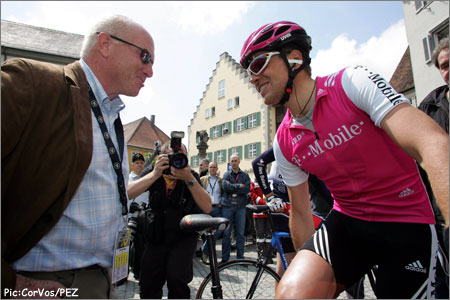 Rudy is a very gracious, humble man, there’s a lot that has happened to him during the last couple of years and he’s simply very happy to be back where he belongs – in cycling. In 2008 we got results and we got publicity with Rock Racing; we showed flair on the road and in our promotion, but our organisation could have been better.

For 2009, we’re even stronger, but now we’ll have the organisation behind it to match. 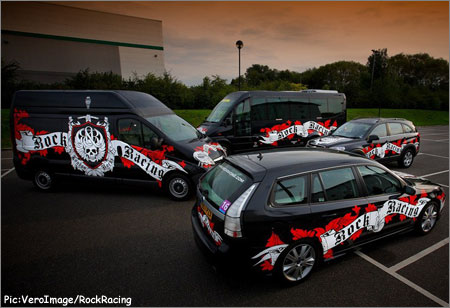 Rock has grown from a team just rolling up to races in Escalades and nothing else. Real infrastructure is becoming apparent.

PEZ: And Jan?
MB: I’ve convinced him that there’s a place for him still in the sport and he’s got the bug again. But he’s happy with the life he has; his wife and kids – he’s involved in motor sport and enjoys that.

If in 2010, he’d like to race again then I’d be honoured and priveleged if he’d do it with us. 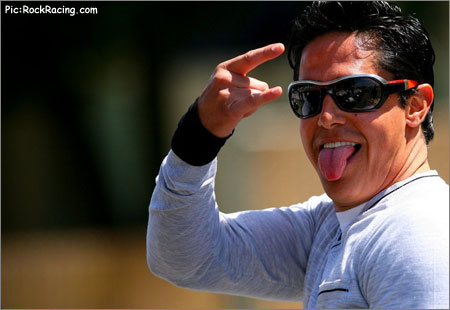 PEZ: It’s a very strong team – why stay Continental?
MB: As a continental team we can race all over the world and we’re far less restricted by regulations. The main reason that we’d go to Pro Continental or Pro Tour would be to ride a Grand Tour. 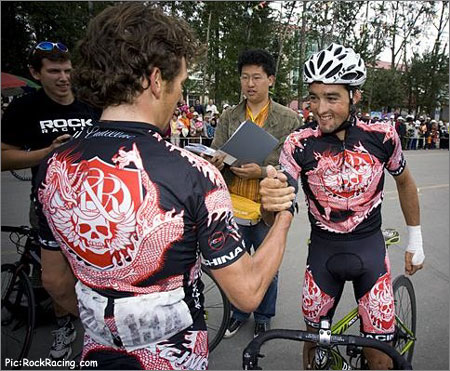 The team’s special kit for the Tour of Quinghai Lake, which Tyler Hamilton won.

We’ve done our homework and it’s highly unlikely we’d get in to any of them – even on a ‘wild card;’ it’s premature. Being Continental gives us freedom to do specific promotions for specific countries – for example, we can have jerseys just for that race. 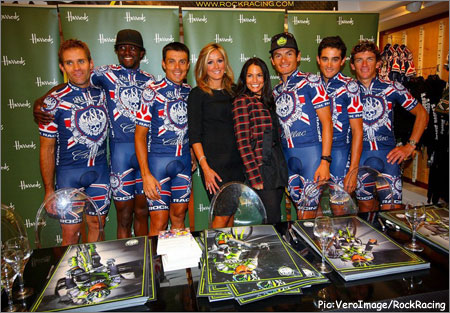 Yet another one of the team’s special kits – this one was for the Tour of Britain.

We looked at the pros and cons and we’ll get into virtually the same races whether we’re Continental or Pro Continental. We have a strong roster this year and the management structure to go with it, we want race promoters to see what we’re capable of.

As far as promotion, we think we have the most popular brand. If you score it on “impressions” – that’s radio, newspaper and TV coverage – we’ve had 1.1 billion; I don’t think that even Pro Tour teams would attract that level of interest. 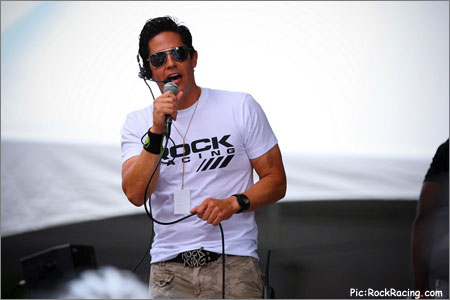 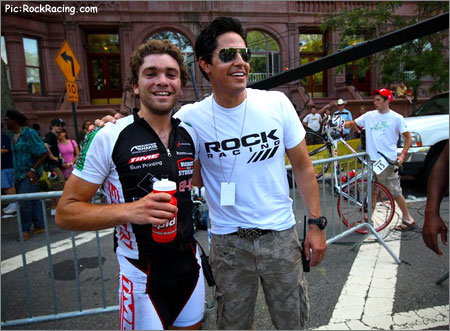 …which a young Eric Barlevav won in unforgettable fashion.

At races like Redlands and Georgia, it was us getting all the media attention. One rider from a Pro Tour team said to a journalist; “why do you spend so much time talking to those guys (Rock), and not us, we won?” The journalist replied; “because you’re not interesting!”

We want to attract new eyeballs and new dollars to the sport. 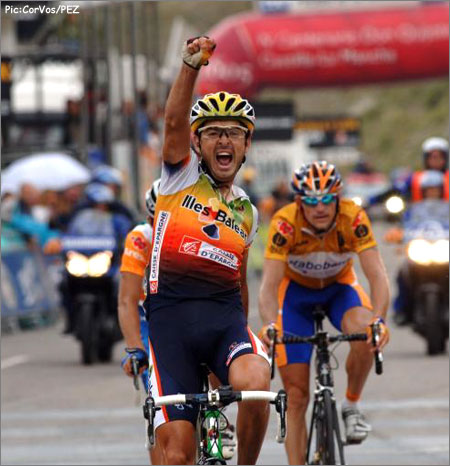 PEZ: Who decides who gets signed, Mancebo for instance?
MB: You’re talkin’ to him! I write the checks! Mancebo was available, I was interested, he was interested. These guys aren’t just making up numbers, they’re warriors, very competitive, and desperate to race.

PEZ: Isn’t your roster too large for a Continental team – you have two dozen and the max is 16.
MB: We have ‘specialist’ riders, so they’re exempted and we have under 23’s in there too, guys like David Taner and David Vitoria; so the 16 rider total isn’t a problem for us. 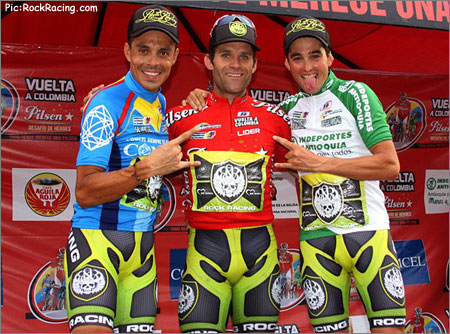 PEZ: What about the future – you have a lot of older riders?
MB: A big part of our roster are kids who we’re deliberately keeping at the National Squad level; riders like Austin Carroll who is a real talent for the future. 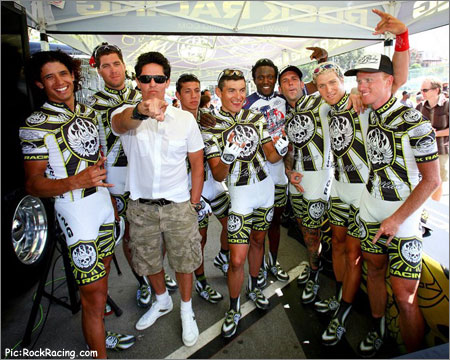 Sean Weide’s voice comes in on the call; “that’s your 15 minutes, Ed – one more question, please.” Damn! The last time I spoke to Michael Ball, I was on the line for an hour! 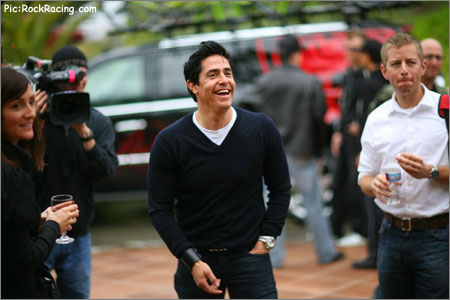 PEZ: The economic situation?
MB: Looking to 2009 and 2010, it’s going to get tougher in Europe. You have to simplify, you have to be lean, mean, resolute, specific. And you have to know who you are and where you’re going. 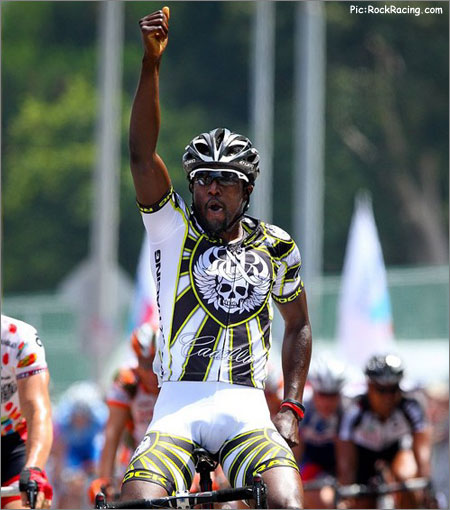 ***
Rock Racing should do just fine then!

With thanks again to Sean Weide and Michael Ball. We hope to bring you more interviews from Rock over the winter months.

For more on the team, head over to Rock Racing’s excellent website.

Want to get some Rock and Republic gear for yourself? Head on over HERE!

AT LAST: The Complete PEZ KIT Can Be Yours!