Catching Up With Up-And-Coming Dan Patten

We continue our round up of our ‘men in the Flatlands’ 2011 seasons with Englishman Dan Patten. Some good results have helped him move up from the well known but low budget Flanders team to Soenens-Construkt Glas, one of the best organised amateur teams in Belgium. We caught up with him at home in Essex, savouring his winter break.

PEZ: How many race days did you have in 2011, Dan?
Dan Patten: I did a rough count and think it was 55 – including two wins, one at Gitz and one at Wambeke. 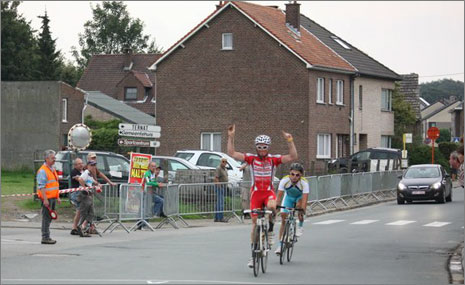 PEZ: Which rides are you happiest with in 2011?
DP: My wins, especially the one in Gitz, I was away early that day and took two 35 Euro lap primes; then I went in the break and at the end there were just two of us for the last 50 K.

We agreed to work together and split the primes; he tried to jump me with a kilometre to go but I got him back, he had to lead out and I got round him to win.

PEZ: What were the ‘lows?’
DP: I picked up an achilles tendon injury last winter and couldn’t start training ’til the end of March, then I had crashes.

Albeit I had a good patch from May through ’til the end of August but a few days after my second win, I contracted a really bad chest infection – pneumonia and had to rest in bed for a week.

It took me a few weeks to get back into it; then I just enjoyed the racing through ’til the end of the season. 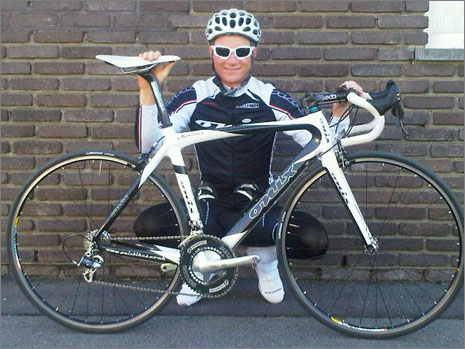 PEZ: A good season?
DP: Yeah, a few more wins would have been nice, but two wins was good – it’s hard to win one race, here.

One of the positives of this year was that after I was injures in a bad crash I visited Luc Wante who’s an osteopath, physio and coach – he’s Sep Van Marcke’s coach.

I started to work with him, it’s made a big difference having someone there all the time who I can talk to – and who I can see weekly.

The other thing I should mention is the help I receive from the David Rayner Fund; without their help it would be very difficult for me to survive. 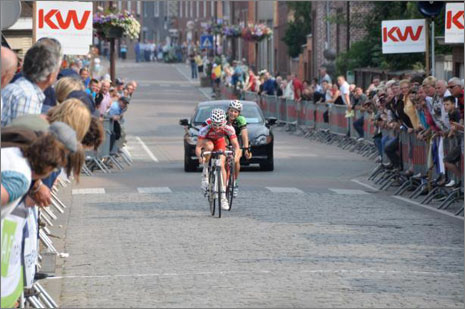 PEZ: Where’s home?
DP: At a cyclist’s bed and breakfast near Oudenaarde – the bulk of the time there’s one national team or another staying there.

The Norwegian ladies team was there, so was the Australian Drapac Continental squad, and the US Kelly Benefits team.

The full Norwegian team was there, leading in to the Worlds – you never know who you’ll meet.

It’s great for training, and I’ll be back to stay there next season. 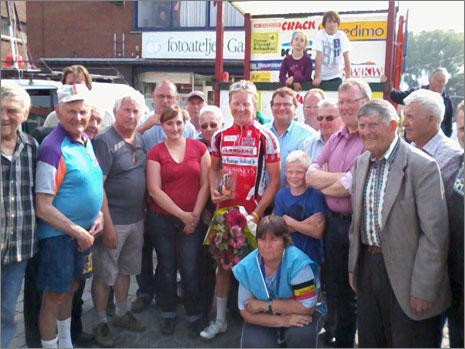 PEZ: What effect have the mergers and the loss of HTC and Geox had on things?
DP: I’d hoped to get on a UCi team this year but with teams folding and merging it means that it’s difficult to move up because riders are coming back down.

The teams have all the power at the minute. 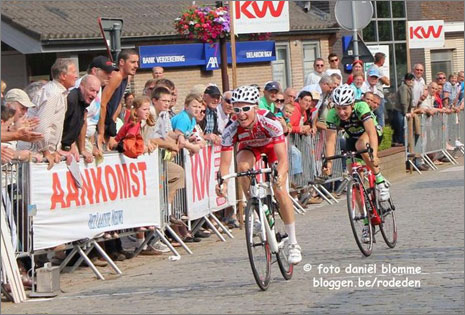 PEZ: How did you get the Soenens ride?
DP: I contacted a few teams, thanks to a Belgian friend who emailed them in Flemish with my CV and test data.

Soenens came back straight away – I was just about to go to the Tour of Namur and they watched me there.

I almost won stage one and finished ninth on GC, that helped them decide. 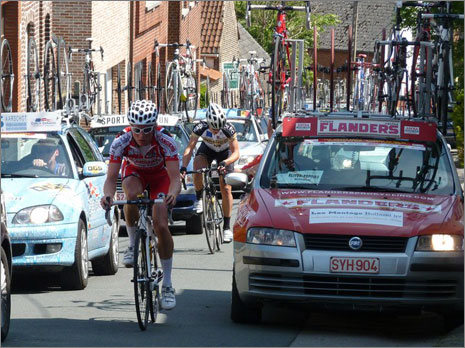 PEZ: What’ll be the difference in programmes between Flanders and Soenens?
DP: Flanders was a good platform to build from but Soenens is at a higher level, one of the better amateur teams.

One of the big differences is that Soenens ride all of the Top Competition events – they’re for the top U27 riders.

With Flanders we got the odd wildcard in Top Competitions, but with Soenens we can plan a full programme.

We’ll ride more stage races and I can ride the pro kermises  – I’ll have the best of all worlds. 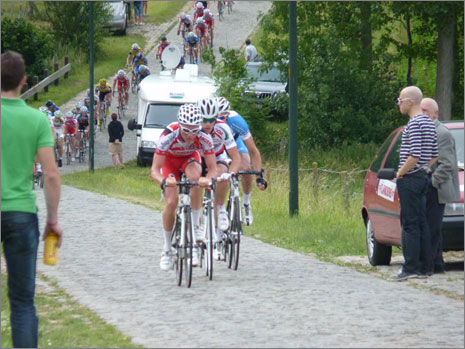 PEZ: What did the Flanders’ boss Ronnie Assez about you leaving?
DP: They wanted me to stay and there’s talk of the team going the Pro Continental; but as an ex-rider, Ronnie understands that it’s a step up to go to Soenens.

But Flanders is good, a bit like the Kingsnorth, a stepping stone – a chance to live and race in Belgium. 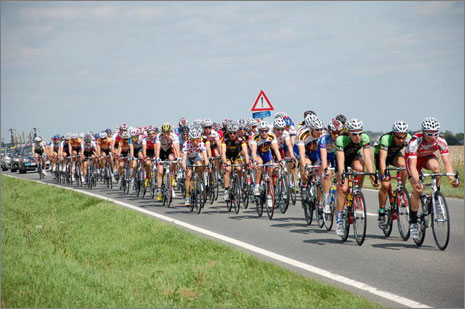 PEZ: Is David Harmon still your agent?
DP: He stopped at the end of August – with all of his riders.

He has too much on the go – he helped me a lot; for example he organised the Onix bikes for me.

They’ve been good, I got two bikes from them, they’ve stood up and are still going strong. 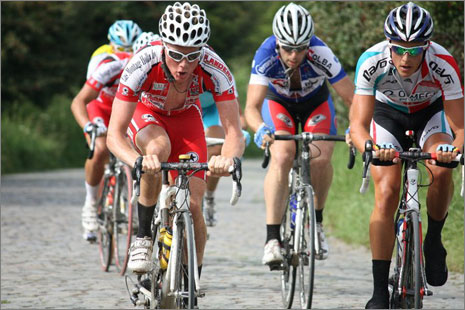 PEZ: How’s the Flemish coming along?
DP: Getting better, I’ve decided to make a concerted effort to learn Dutch.

I love Belgium so it’s only right that I learn the language – it’s one of my winter tasks.

PEZ: Biggest lessons in 2011?
DP: Probably that doing more isn’t always best – because of that I kept my form for months.

Previously, I’d have been tempted to race nearly every day, but working with Luc I’ve raced less. 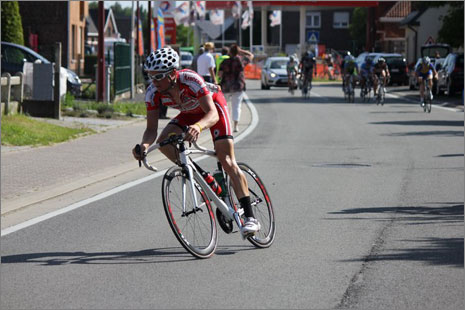 PEZ: Winter?
DP: For now, complete rest for two weeks, my trainer wants me to take it easy.

I’ve been doing some running and swimming – I’m going to get back on the mountain bike mid-November then build up from there.

I want the first part of my winter to be controlled – before you know it’ll be time to get back to Belgium in February.

I want to be consistent and to go on to bigger things.