Whilst most of us were obsessing about the E3, Brabantse Pijl and endless analysis of De Ronde; the world track championships were taking place in Poland. It’s fashionable to “UCI bash” but it simply doesn’t make sense to have the high light of the track rider’s season clashing with the classics. One of the candidates for “man of the match” was Garmin’s Cameron Meyer with a gold and two silvers from three events.

The last time we spoke to the 21 year-old Aussie was at the world road champs in Varese, where he came away with bronze from the time trial.

PEZ: Congratulations, Cameron; after two worlds and an olympic games where you took fourth places in the points race, you’ve won it – what was different?
Cameron: I went in a lot more hungry to win and all that experience counted. Plus, I’m older and hungrier now. I was in a confident mind frame – it was time to step on to the podium. 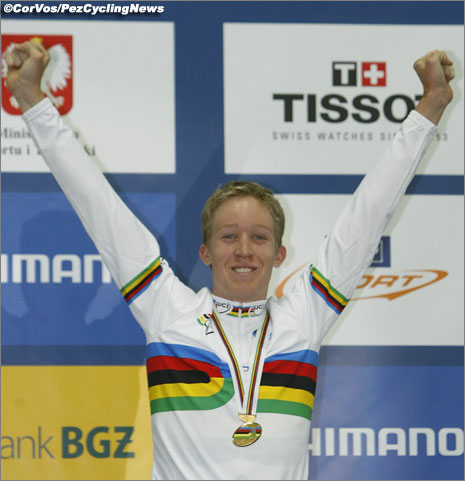 PEZ: Talk us through the race.
Cameron: Chris Newton (GB) was the favourite; he had the World Cup leader’s skinsuit on. No laps were taken, it was won on sprints, the first hundred laps were very fast but the second half was a grovel-fest and it was down to who had the legs for the sprints when your heart is at 200 bpm. With two sprints to go there were three of us tied on the lead – it was pretty nerve racking, but I came out on top. 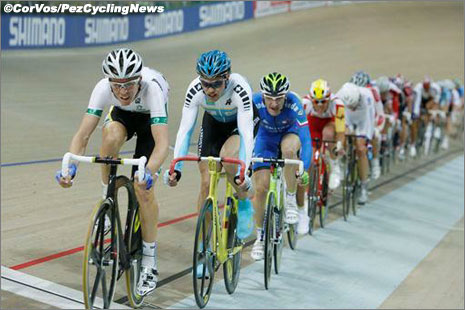 PEZ: Team pursuit silver for you, too.
Cameron: We knew we had a medal chance but thought it would be a big ask to be in the ride off for gold. 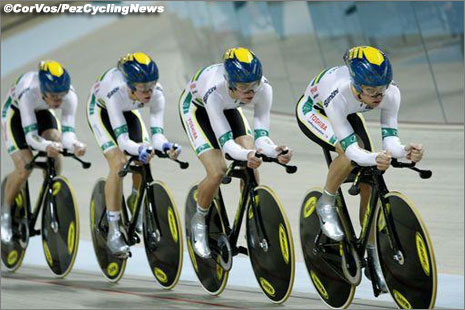 PEZ: Did you get much chance to do specific training?
Cameron: We had four weeks in Adelaide before Poland, to train for the points and team pursuit. We rode 3:58 with me the oldest at 21, I think there’s a lot more to come from us.

PEZ: Is a team pursuit gold on your wish list?
Cameron: Of course, it’s a big goal of mine and I want to hang on to my points championship too. We have a great bunch of guys and we want that gold. 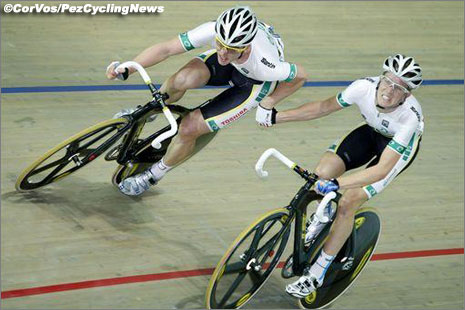 PEZ: GB were quiet.
Cameron: They’re going through a development phase. Our team and their’s both had three riders who rode the team pursuit at the junior worlds in 2006. GB will work hard but they have us and the Danes to contend with, not to mention New Zealand – it’s going to be a good competition.

PEZ: Your hat trick of medals came in the madison.
Cameron: Four days before we left for Poland, Glenn O’Shea went down with chicken pox and I was first reserve. I rode with Leigh Howard; he’s very experienced and fast (Australian champion, with O’Shea and winners of the prestigious Bendigo madison.) To come away with the silvers was great. The Danes would have been hard to beat, they’re a good pairing with a lot of experience – they took a lap and had the most points.

PEZ: Peter Kennaugh says that he and Cav would have won, had he not crashed.
Cameron: They’re a very good team, but I think it’s a big call to say that they would have won. I think that even if GB had stayed upright, the Danes would still have won. 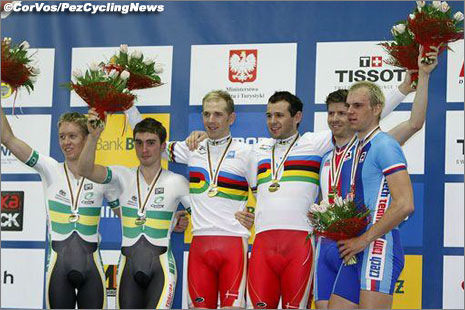 PEZ: Do Garmin support your track activities?
Cameron: Jonathan Vaughters initially contacted me mid-season last year. I proved myself at the Olympics, then I had a good result on a stage in the Tour of Britain; with my Worlds tt medal being the clincher. When I signed my contract, they knew that I would be riding the track. Matt White, one of the DS at Garmin is Aussie and understands that the track is important for riders like me.

PEZ: Time trial, team pursuit, points and madison medals – very versatile; when will you specialise?
Cameron: That’s something I’ll think about in the future, I’m only 21, figuring out what I’m best at and enjoying everything. Coming into the London Olympics I’ll think more about specialisation. 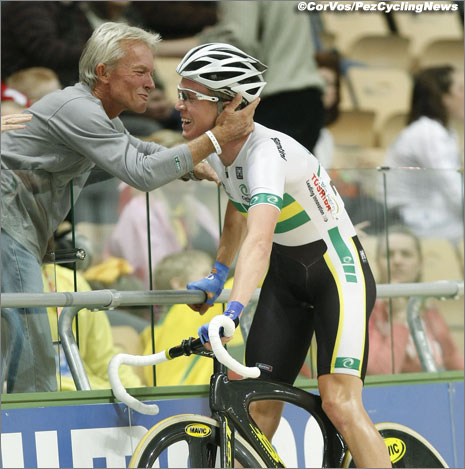 PEZ: With your skills, you could be a six day man.
Cameron: I don’t think I’ll ride sixes, I see my future on the road but the track is still very important, with the Commonwealth Games coming up next year and the Olympics in 2012. 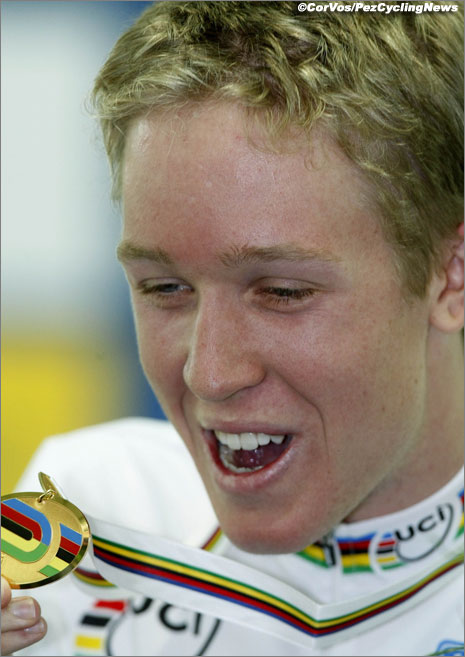 PEZ: When does your 2009 road programme start?
Cameron: My first road race is the Tour of Romandie; it’s a big one, but a good one to start with. My programme will be largely stage race based.

PEZ: Team pursuit guys tend to go down the ‘lead out train’ rider route.
Cameron: It’s an option, but it takes a lot of experience, you have to learn the skills. Although I did do a bit of that for Chris Sutton at Langkawi. I’d like to think I’ll go down the time trial list/Grand Tour rider route. 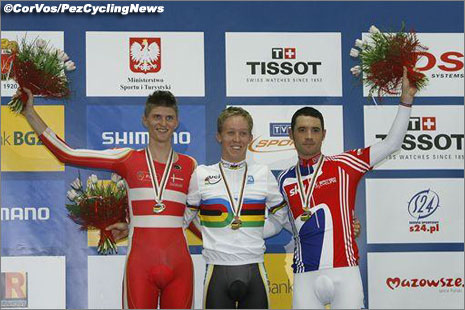 PEZ: And your tip for Roubaix?
Cameron: My Garvin guy, Martijn Maaskant.

***
Not a bad choice – with thanks again to Cameron and all the best in that Tour of Romandie debut.

PEZ Chases Roubaix: It Really Is A Big Deal