Rider Interview: It seems like Serge Pauwels has been around for ever, and sixteen years in the pro peloton is a long time. ‘Been there, got the T shirt’ a phrase you could use for the 36 year-old Belgian who has signed contracts with six different pro teams during his career. Ed Hood caught up with Serge for his thoughts on career and retirement. 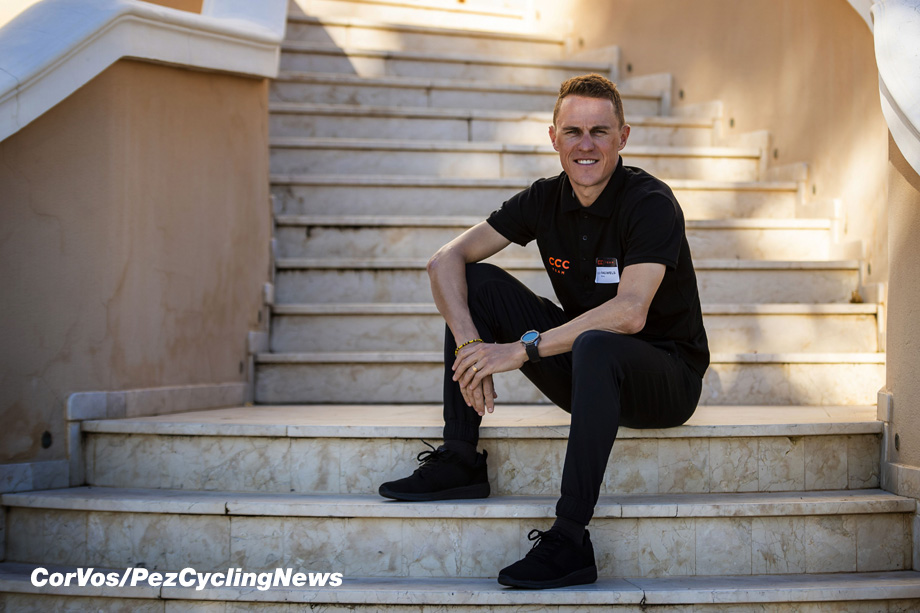 Serge Pauwels; he’s done it all, Classics, Grand Tours, little teams, start-up teams, Super teams – over 16 seasons in the professional peloton. But now he’s decided that it’s time to call a halt. Here at PEZ we thought it wouldn’t be right to let the end of such a career pass unnoticed so we recently took a wander through his long career with the 36 year-old Belgian from Lier near Antwerp.

PEZ: The first team your name appears against is Palmans – Colstrop back in 2003?
Serge Pauwels: Yes but that was a u23 team, I went from there to spending two seasons with the Rabobank Continental u23 team. 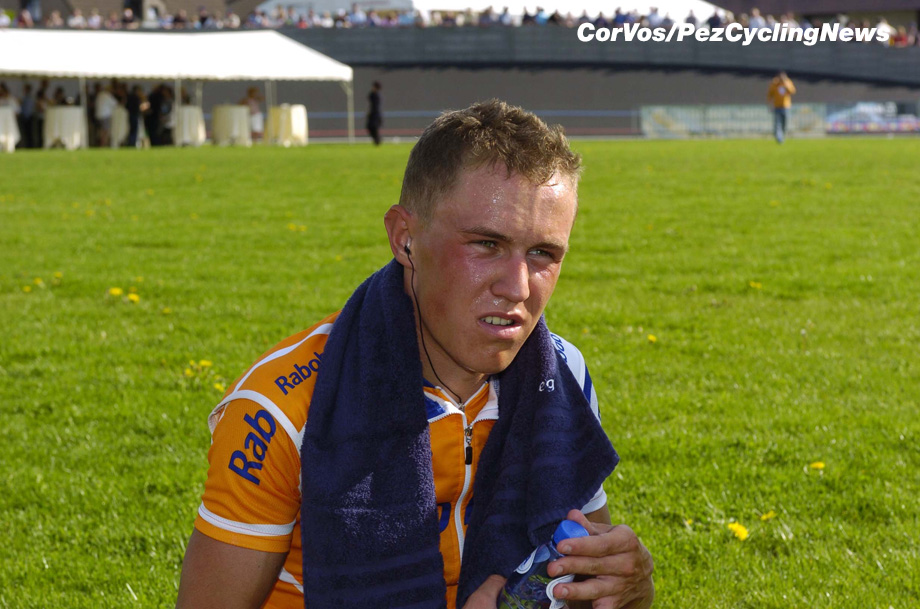 At the finish of the u23 Liège-Bastonge-Liège 2005

PEZ: What was that experience like?
It was a nice team, perhaps the top u23 team at the time, international with guys like Sven Nys, William Walker the Australian and Lars Boom. The team was very professionally run and it was a good experience for me. 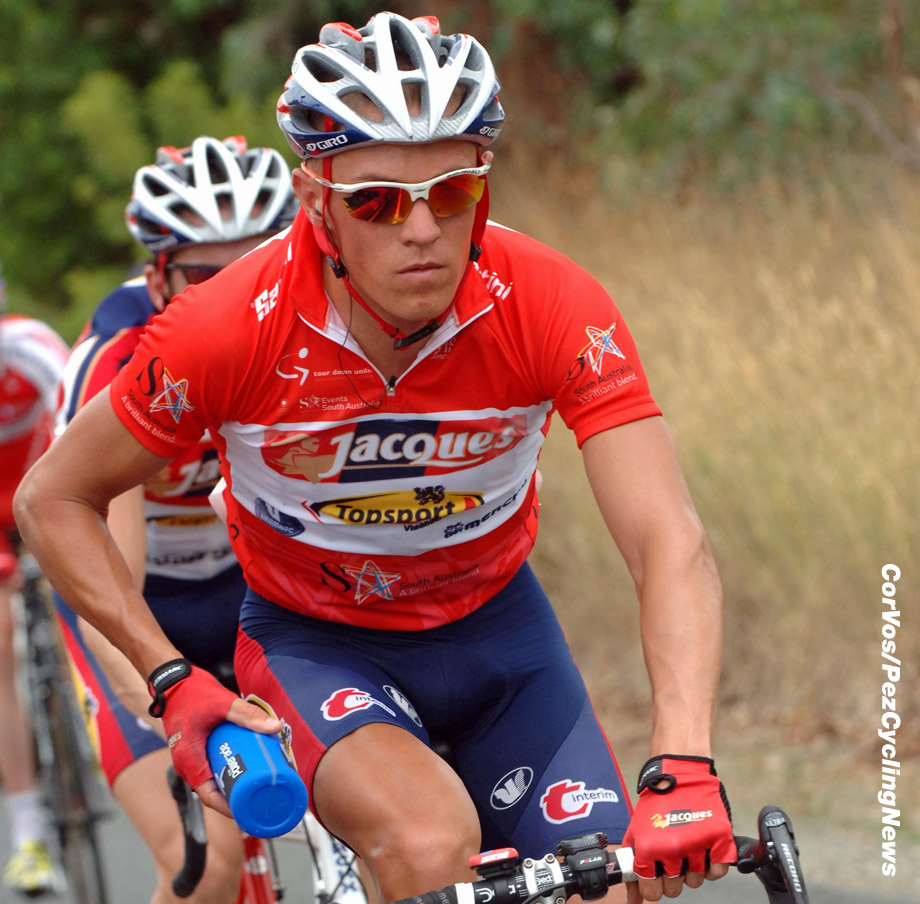 Stage 2 of the Tour Down Under 2007 with Chocolade Jacques

PEZ: But when you went full professional in 2006 it was with Chocolade Jacques rather than Rabobank?
Not everyone could step up from the u23 team to the full pro squad and I broke my hip during my second year, 2005 meaning I missed races and didn’t have the results to justify riding for Rabobank. But it was a blessing in disguise, Chocolade Jacques as actually an incarnation of the Top Sport-Vlaanderen team; a squad which continues to this day. It was a nice team with a good atmosphere with less pressure than I would have had at Rabobank, very Flemish of course but I formed friendships there which continue right up until the present day. 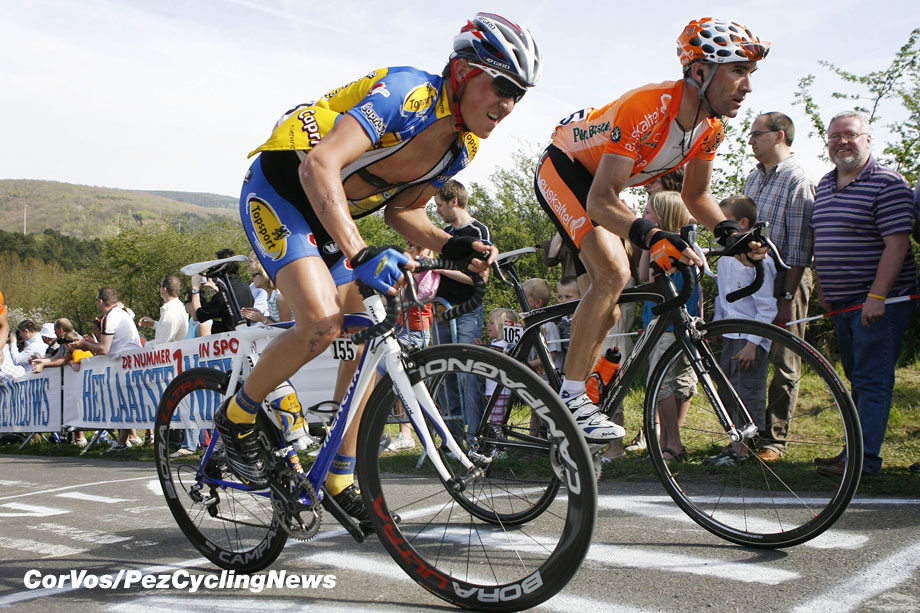 PEZ: You were three years with Chocolade Jacques then Cervélo Test Team for the 2009 season – but just one year?
I signed a one year contract with them and could have re-signed, but Team Sky made me an offer. But I look back on that season as one of the best of my career, the team had a special vibe and we were successful from the start. 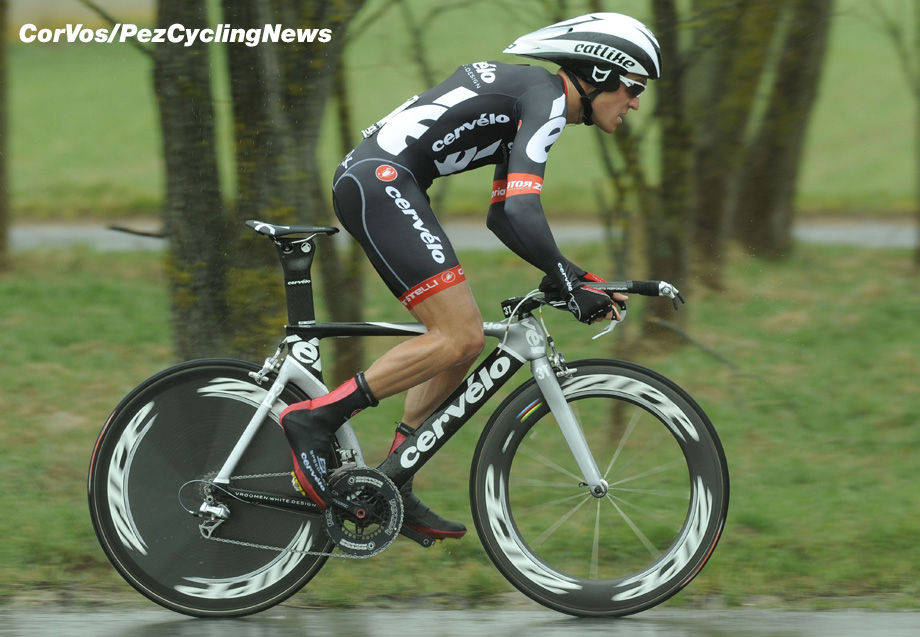 PEZ: And you were awarded a Giro stage win retrospectively after Leonardo Bertagnolli was stripped of his results for biological passport irregularities.
Yeah, that’s a bit of a weird thing, I was never actually officially notified that I had won it retrospectively. It’s not the same as winning on the day though, I would have loved to have stood on a Grand Tour podium. But that was my first Grand Tour, a great experience and I realised that I had an aptitude for that kind of race. 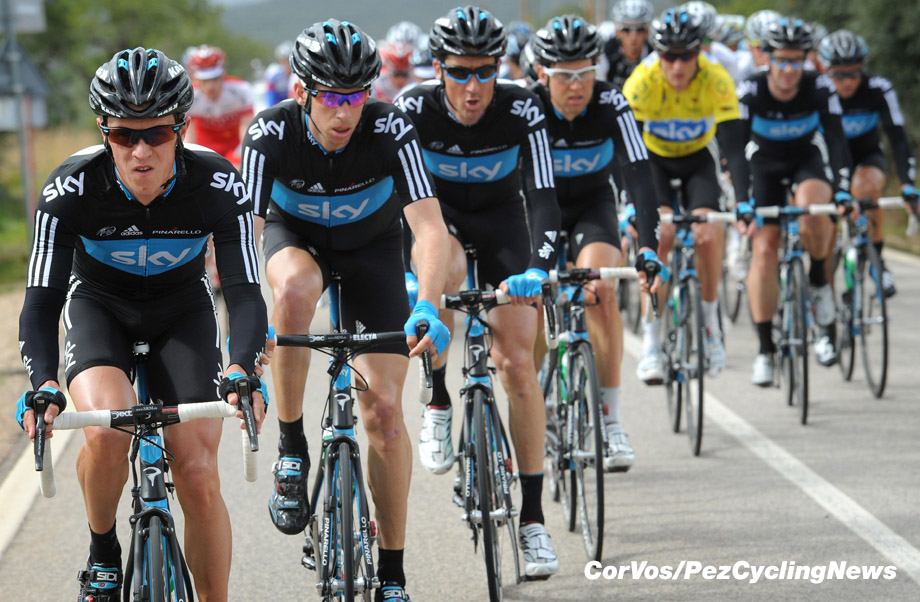 Leading the Sky train in Algarve’11

PEZ: Team Sky.
Yes, I was there from the start for two years. Their approach was very scientific and they set the benchmark for how teams approach the sport but they had a lot to learn. They concentrated on certain aspects but ignored other important factors. I’m still the only Belgian to have ridden for Sky/Ineos although Laurens De Plus will be with them next season. 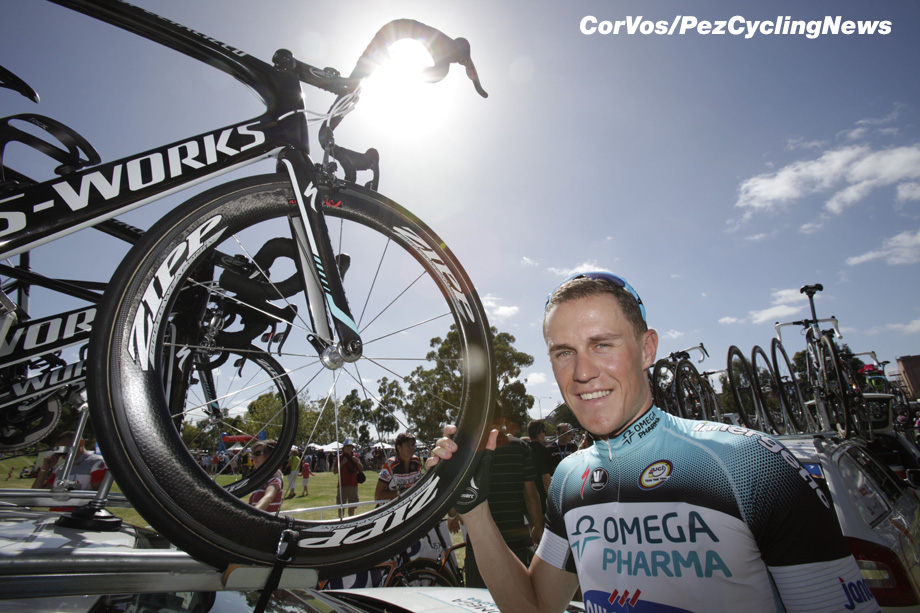 Tour Down Under 2013 with Omega Pharma – Quick-Step

PEZ: Then another ‘Super Team’, Quick-Step.
That was another nice experience and I was lucky they picked me up. In my second year with Sky I broke my elbow and ruptured a tricep so it wasn’t a good year. I had a lot of fun there; we won five Giro stages with Cav and had Rigo Uran on the GC podium in second place. It was a great team but I realised I was at a corner, I could continue as a domestique but I wanted more; the team was so strong that I didn’t get the opportunity to ride the Tour de France and for me that’s the pinnacle of the sport. I decided that I’d like to ride the Tour at least one more time and needed to be on another team to achieve that. 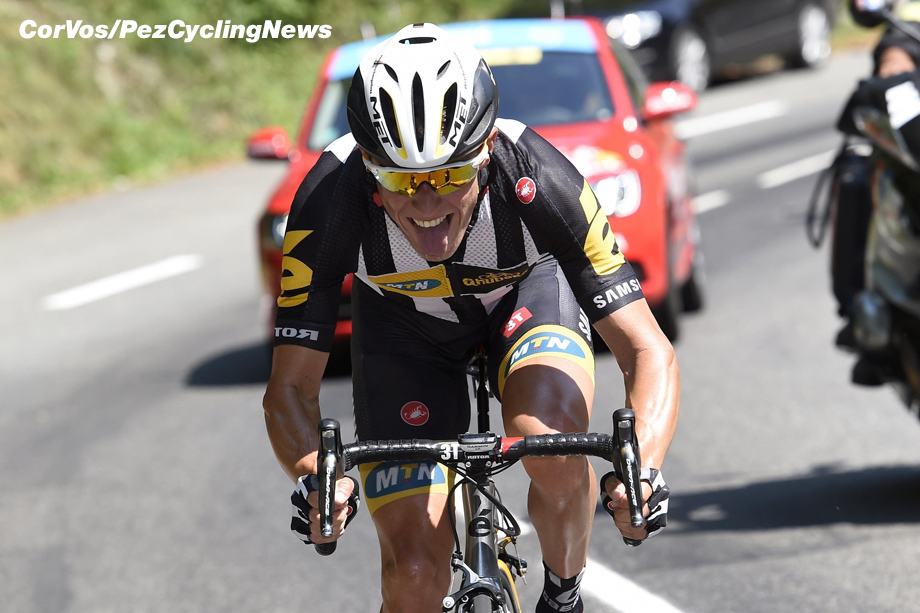 On the attack in the 2015 Tour for MTN-Qhubeka

PEZ: MTN Qhubeka which became Team Dimension Data; you were there for four seasons.
I heard that MTN may get a wild card invitation to the Tour and sent an email to the team principal, Doug Ryder explaining why I would like to ride for him. He told me he was so touched by how I expressed myself in that email that he still has it. And of course, we went to the Tour and won a stage with Steve Cummings, I rode a really aggressive race, I was in the break almost every day in the mountains with three top 10 stage results and finished 13th in Paris. 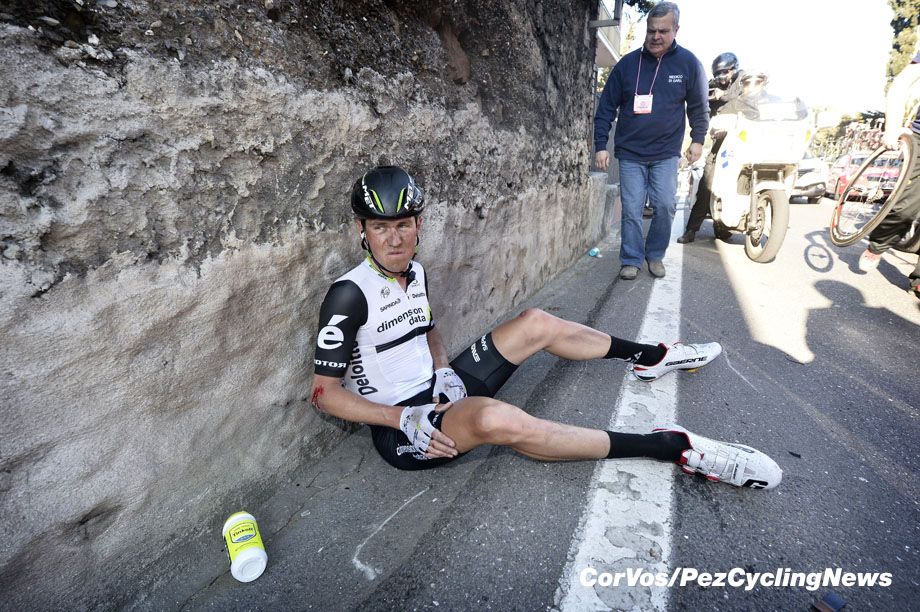 Not so lucky in Milano-Sanremo 2016

PEZ: You came very close to a Tour stage win in 2016 on the Ventoux.
Yes, Stage 12, Montpelier to Chalet Reynard. I was in the break from the start, it was a hard day with a lot of wind but we stayed away and on the climb I was with the Spanish rider Daniel Navarro from Cofidis. I had the key to the stage win in my hand but Navarro couldn’t or wouldn’t pull and I hesitated which allowed Thomas De Gendt to get up to us and take the stage. That’s still perhaps the biggest disappointment of my career, it would have been so nice to be a Tour stage winner, especially on the Ventoux. 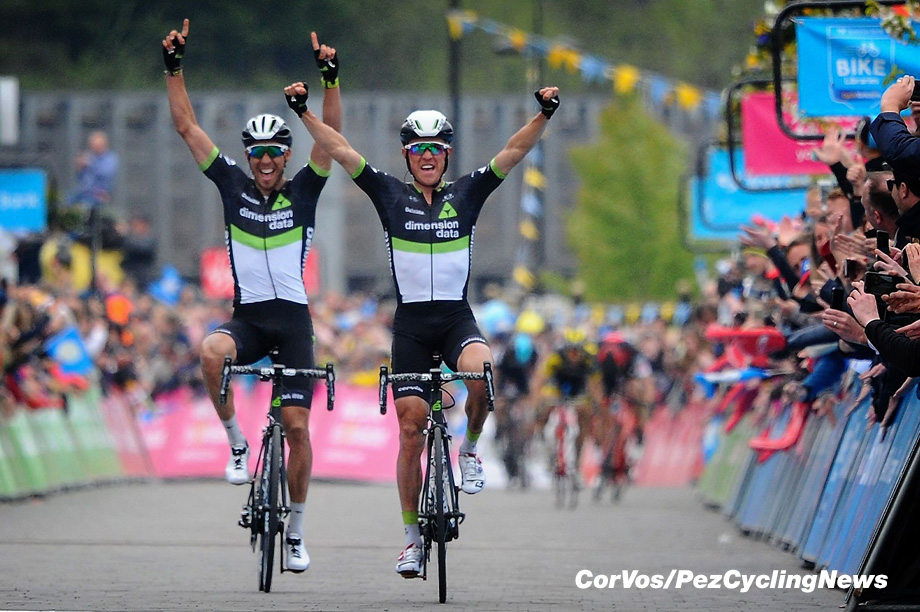 PEZ: In 2017 you won the last stage and GC in the Tour de Yorkshire.
Yes, one of my favourite races and it was nice to win in the fashion I did, racing aggressively on the last day to take the stage win and overall on a tough parcours. 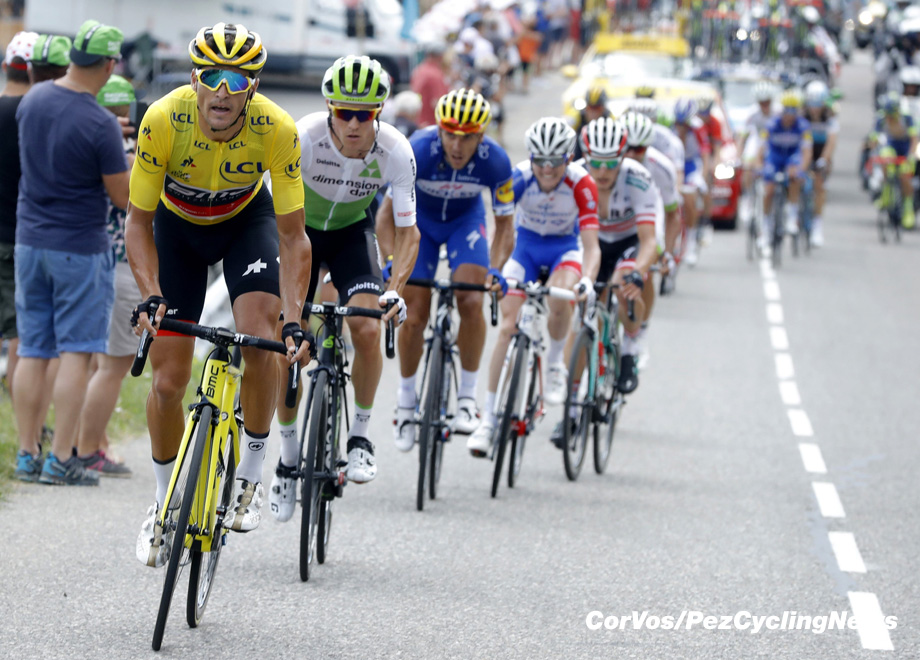 PEZ: Then CCC until now?
I was super happy at Dimension Data, but Greg Van Avermaet approached me about joining CCC and I decided it would be nice to ride for one more team before I retired, sadly the team will fold at the end of this year. 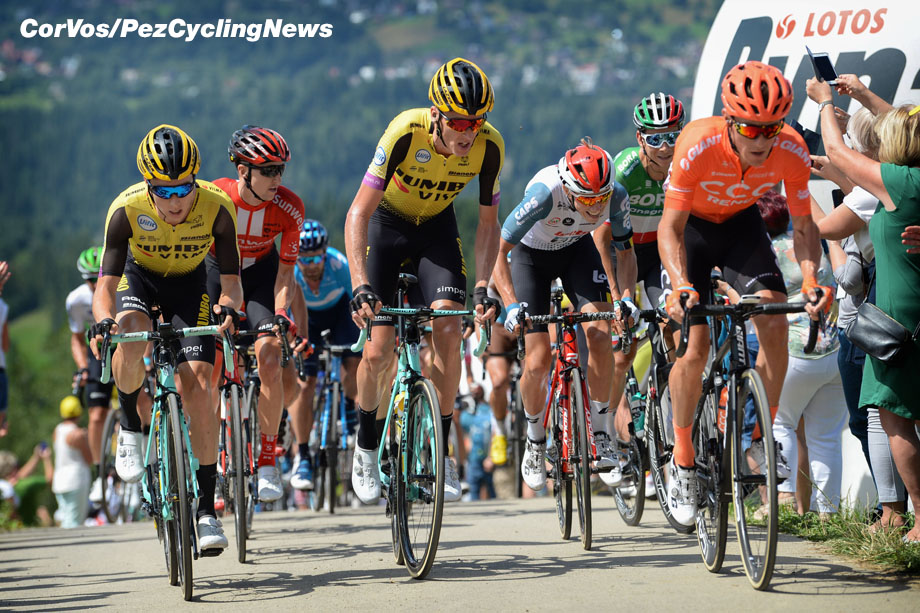 PEZ: Your best years?
Perhaps 2015 with MTN, especially at the Tour, I rode well and we were riding for a cause, to help the charity. It was a special atmosphere and I think I rediscovered myself. But 2009 was special too with Cervélo, riding my first Grand Tour at the Giro on the team of the Tour de France winner, Carlos Sastre. It was a big step up from Top Sport.

PEZ: Your favourite race?
The Tour de France, I always felt it was something more than just a bike race with the atmosphere and so many people taking their holidays to go and witness this great event. 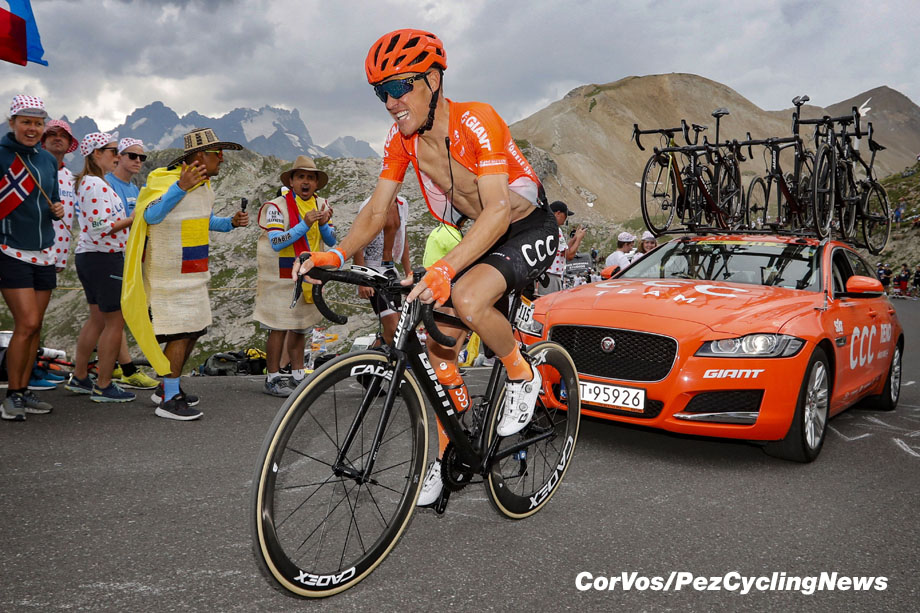 PEZ: Anything you would do differently?
I wouldn’t do anything differently because I always took time to consider what I was going to do next. But it took me too long to realise what kind of rider I really was, not a leader but not a domestique either, someone who would ride aggressively, a kind of a ‘niche’ rider who you don’t see so many of nowadays. I always rode best for smaller teams where I could express myself better.

PEZ: What now?
I’d love to stay in the sport, I have meetings coming up about my future direction, perhaps coaching or as a sports director? I have a lot of experience to share with young riders.

# That’s for sure, 16 years worth – with thanks again to Serge for all his time over the years and wishing him well with whichever path he chooses to take. # 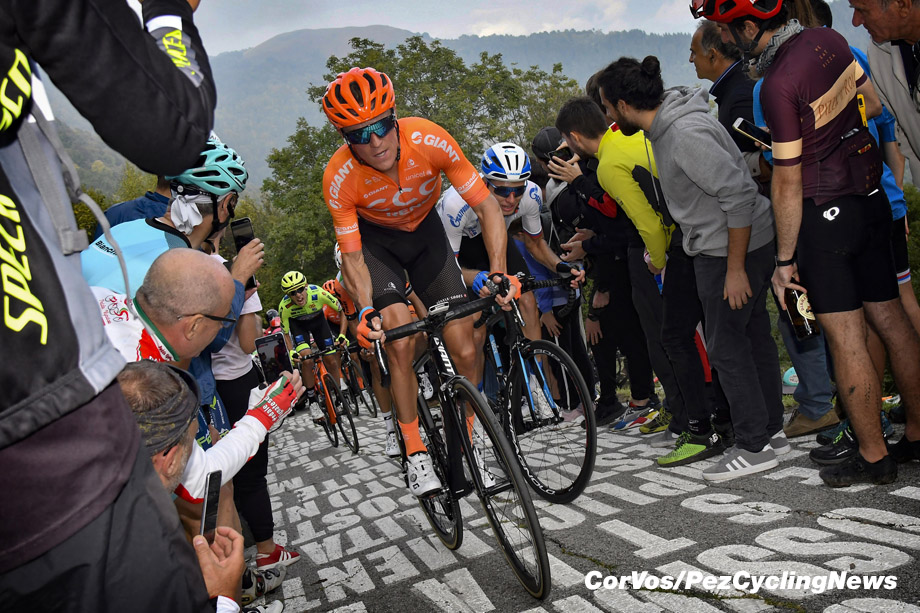