Rider Interview: Young Russian, Ilnur Zakarin, has been a bit quiet on the results recently, but with a new team, bike, coach and training plan, that is all going to change. Alastair Hamilton managed to catch up with Ilnur in Spain before he flew off to start the UAE Tour, to hear all his plans for 2020 and the future, including the Olympics.

# This interview was before the corona virus caused the changes in the calendar. # 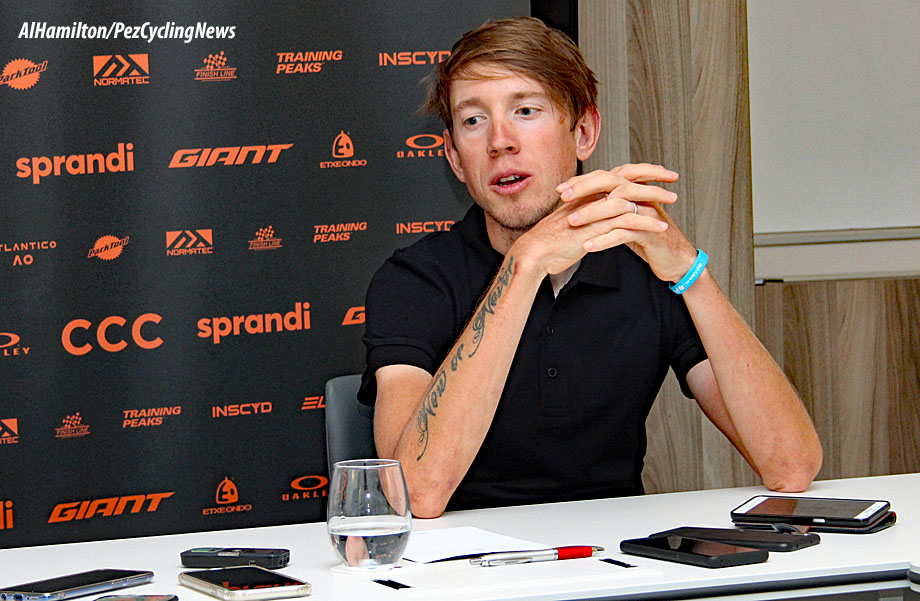 Ilnur Zakarin – Ready for the questions

Ilnur Zakarin looked at one time to be the next big Grand Tour winner, but things have not really worked out. Then with the news of the Katusha team disbanding at the end of 2019, the man from Naberezhnye Chelny would have to ride for a non Russian team for the first time in his career. Up stepped the CCC team who signed him on a two year contract. Ilnur has a lot to say about his future and the problem of being Russian and wanting to ride the 2020 Tokyo Olympic road race.

PEZ: How do you feel about the change of teams?
Ilnur Zakarin: I feel great. I feel The fire and desire inside and I want to start the season very quickly. 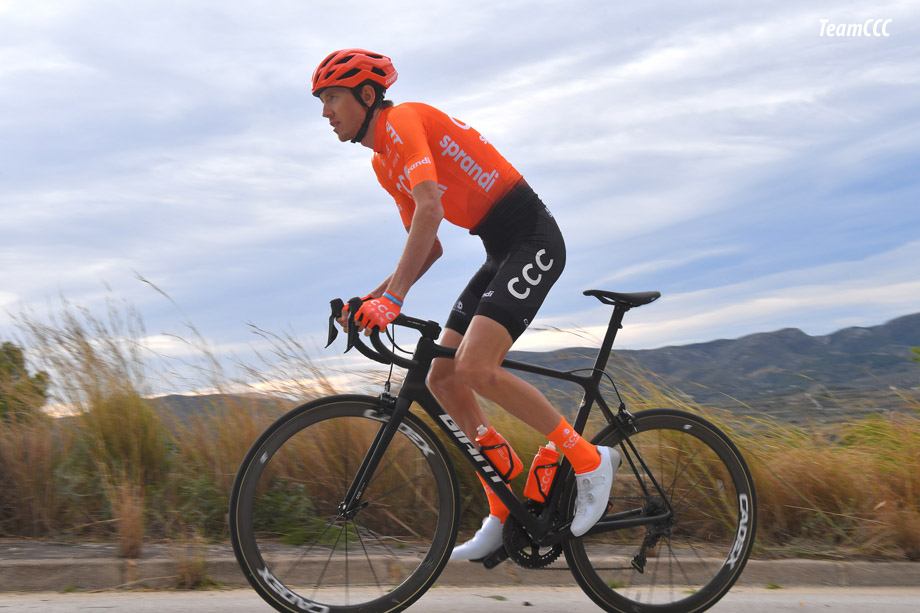 PEZ: Why the CCC team?
All the lines are well drawn. So everything is clear. The level of organisation is very high and I’m really impressed with this and on top of this, the CCC team is in partnership with UNICEF, which is giving to me even more motivation. 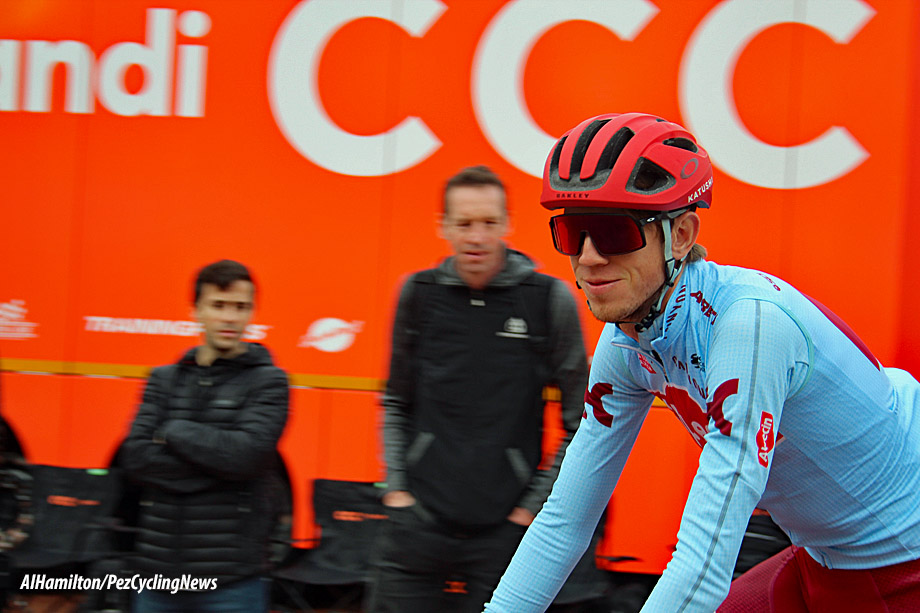 PEZ: What would the goal be at the Giro d’Italia?
I have to come back again to the sporting level I was and if I’m in good shape on the week long tours, I’m pretty sure that also in the general classification on the Giro d’Italia will be also high performance. It’s very important, not only to finish in the sixth or seventh positions in the general classification, but also be active in the stage wins… or the jerseys.

PEZ: What about the route of the Giro this year? What do you think of it?
It’s never easy. Every year is very hard, but this year especially the second half of a deal will be will be tough. And I will be looking to the last part of the Giro and especially the three final stages I think will be crucial. 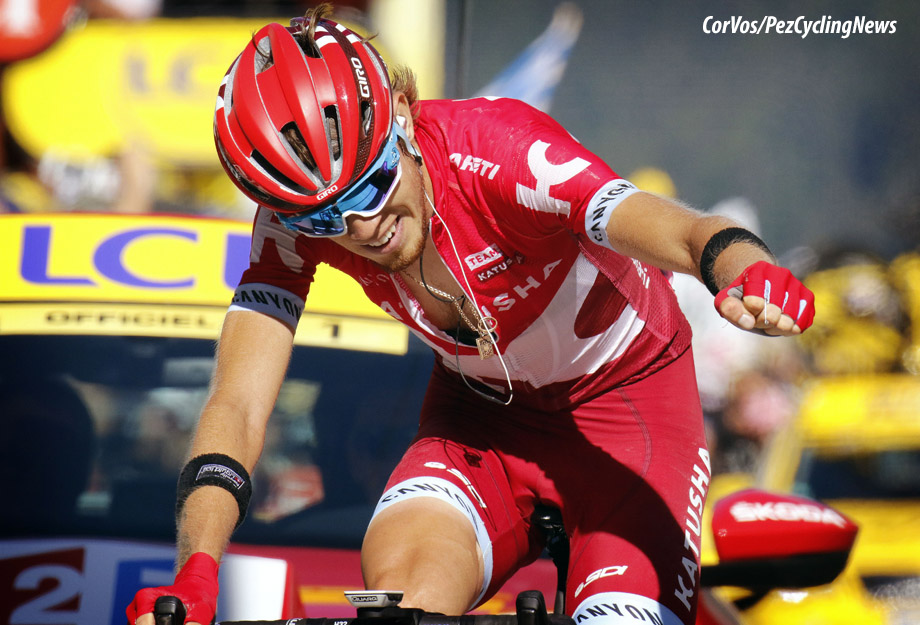 Hoping for wins in the Giro… or/and Tour

PEZ: Is the Giro the main aim for the season?
Yes. 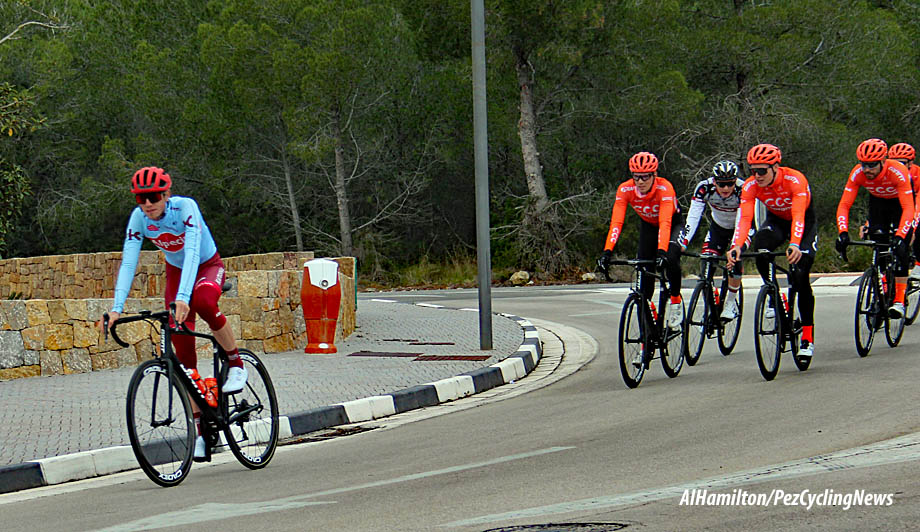 PEZ: How do you compare the Giro and the Tour?
The Giro is always a very open competition. There can be a lot of changes, very open tactics. The Tour de France is a more conservative competition, it’s why I like much more the Giro, with it being much more open. It can be a very exciting tour, but that is only my opinion.

PEZ: What are your thoughts on the decision of the Olympic Committee banning Russia from the Olympics and other big events, would you ride the Olympics under the Olympic flag or would you only go under the Russian flag?
First of all, I’d like to say that I believe that for sure there was some reason that FADA took such a decision. It’s been seven years that I have lived out of Russia. I’m very open with the ADAMS system and I would like to compete in the Olympic Games under any flag. If Russia is not allowed, I can compete under the neutral flag. It’s very important for me and I fully understand the situation. 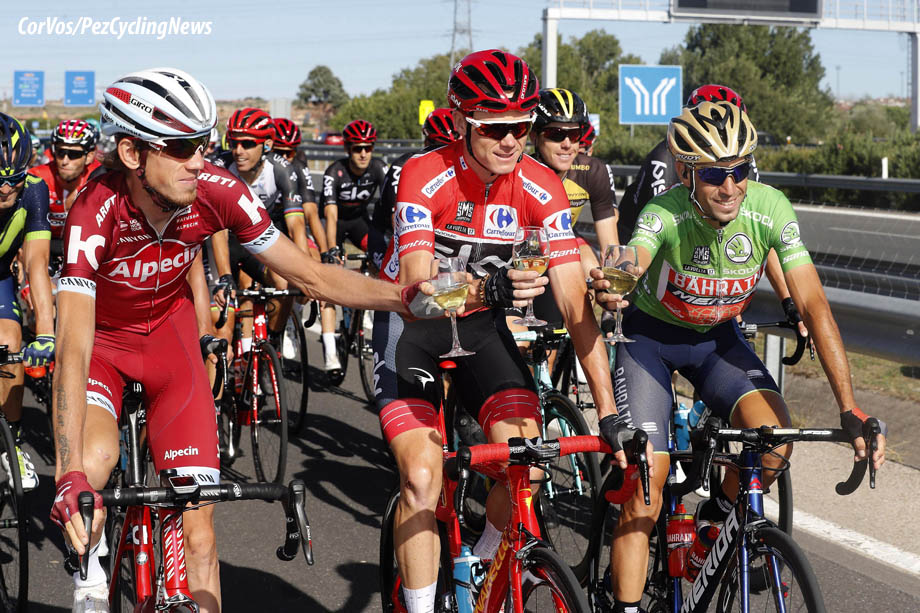 3rd overall in the Vuelta’17

PEZ: Regarding the Olympics; doing the Giro, Tour and Olympics could be too much and how will you prepare?
If I get successful in the Giro and I then succeed in the Tour de France, then probably the Olympic Games will be the last important competition or the year and then I will consider the season almost over. I will prepare for all my Grand Tours and main competitions at altitude training camps. So, this is my way of preparation.

PEZ: How important is it for you that Pavel Kochetkov joined the team?
We have been friends since we were children. So he’s always been helping me and he’s on the same sport program as I have and I believe that he will also help us as usual during the upcoming season. 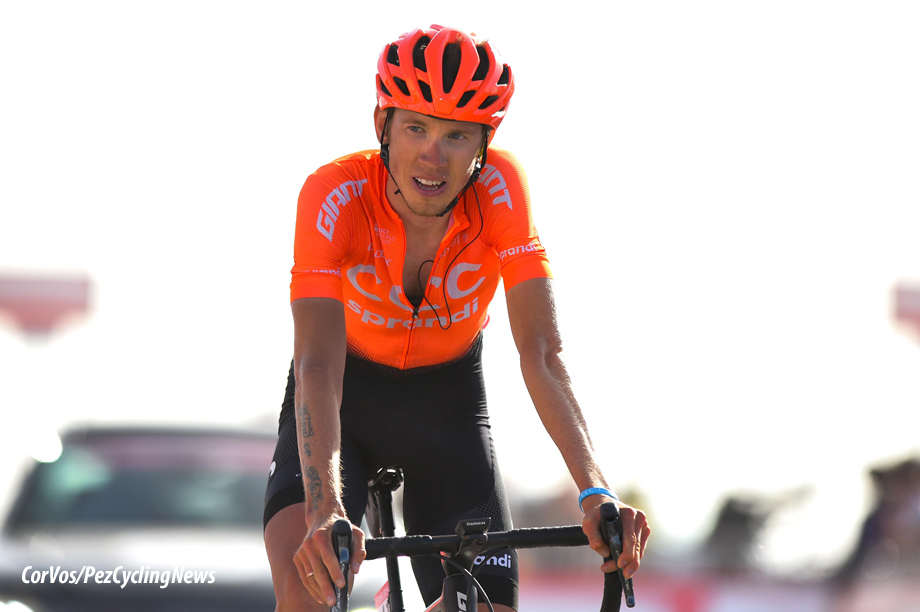 PEZ: Do you have to submit paperwork to be able to ride the Olympics?
I’m ready to provide any documents, to do any paperwork. I haven’t work on it yet because the information is still recent, but I’m of course ready to deliver what is necessary. 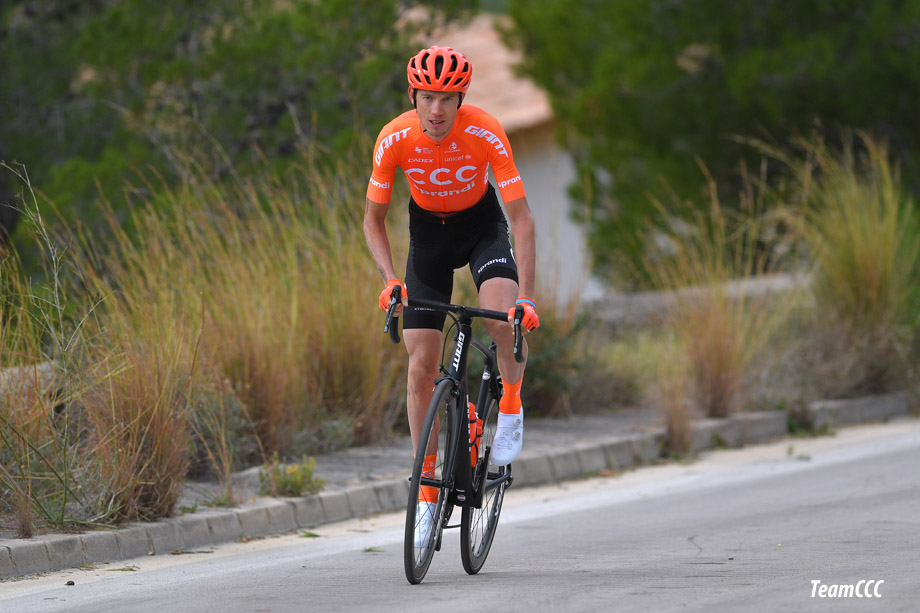 PEZ: Some riders have suggested that they might not finish the Tour so they can go to Tokyo earlier, would you think of doing that?
It could be the right plan, if someone is preparing seriously for the Olympics, so stopping early is a reason, but I’m focused on having a great Giro and then I will see what’s going to happen.

PEZ: Has changing team mean you have changed your preparation for the season as compared to last two years?
There are no main changes, but a lot of changes in details, also I have changed my coach. Also the equipment, the bicycle, and I set up the new training program and I will be training at altitude, that started in January. So there’s a lot of changes, of course. 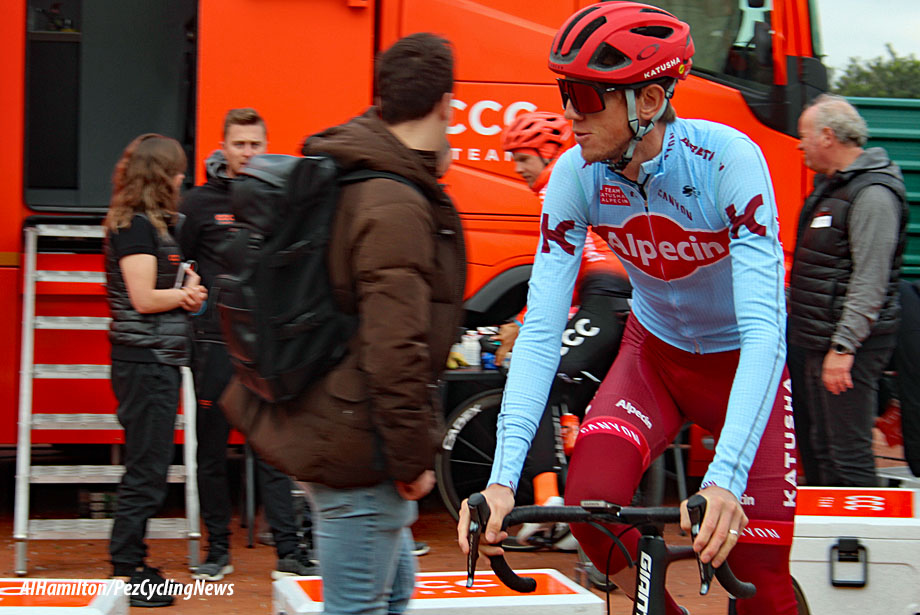 PEZ: You mentioned the last Olympics in 2016 and sport and politics. Can you explain a bit more about that and why you didn’t ride?
It’s obvious we can’t mix politics to sport, but I was sort of victim of that because the decision that I was allowed to compete in Rio was taken just the two days prior to the start, and I had no time being allowed legally to compete, to prepare myself and to go to Rio. So it was unrealistic. I feel offended, because of the Olympic years I crashed on the Giro and was seriously hurt. And when I get recovered I competed in the Tour de France. I qualified for the Olympic team and anyway I couldn’t go to Rio. It’s really personal and deeply hurt me. Every case was being implicated in doping in the past. First we’re not allowed to compete at all in the Olympics, nobody, and then just in the ultimate days they allowed all Russians to compete, but it was too late.

PEZ: Are you confident that you will be able to compete?
I’m very firm with the doping control because the older unclear situation is related to RUSADA and Russian control body. It’s been more than six years that I have lived abroad and I’m openly controlled during the races. Out of the races, at home, I have nothing to hide. I was exposed to more than 100 tests and everything is clear. So that’s why I believe that I can compete in Tokyo. 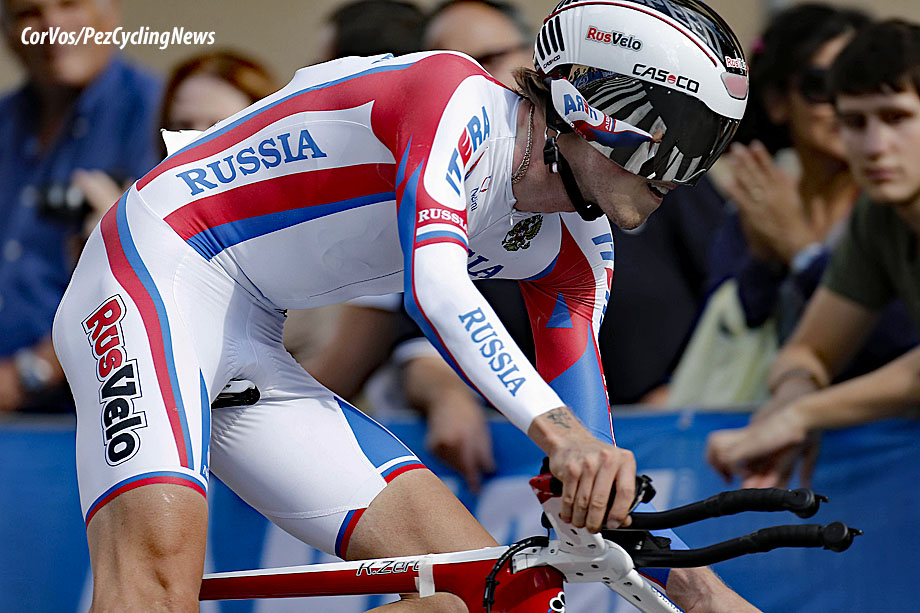 Riding for Russia in the 2013 Worlds

PEZ: You seem really upset with the situation. I think you live in Cyprus, have you thought about taking Cyprus citizenship?
I have had such an idea. It is possible, but not sure. I’ll think about this.

To explain the situation more: Everything began on the Russian side in the national team and the controlling people, they did the tests in Russia. WADA claim the incorrect process of Russia and the only incorrect body RUSADA, the Russian controlling body, but all my tests are done directly by WADA and not by the Russian controlling body, not by RUSADA. It’s why I’m separate, I’m away from the problem. Many of us are very angry that because of the political decisions, all sportsmen are suffering. I’m really fortunate that I’m involved with such a sport as a cycling and it is not all depending on the Olympic Games. We are in a different situation. I know a lot of sportsmen from swimming and other disciplines, directly connected to the Olympic plan, living in the Olympic system and they have no such a choice as they have no other opportunities. 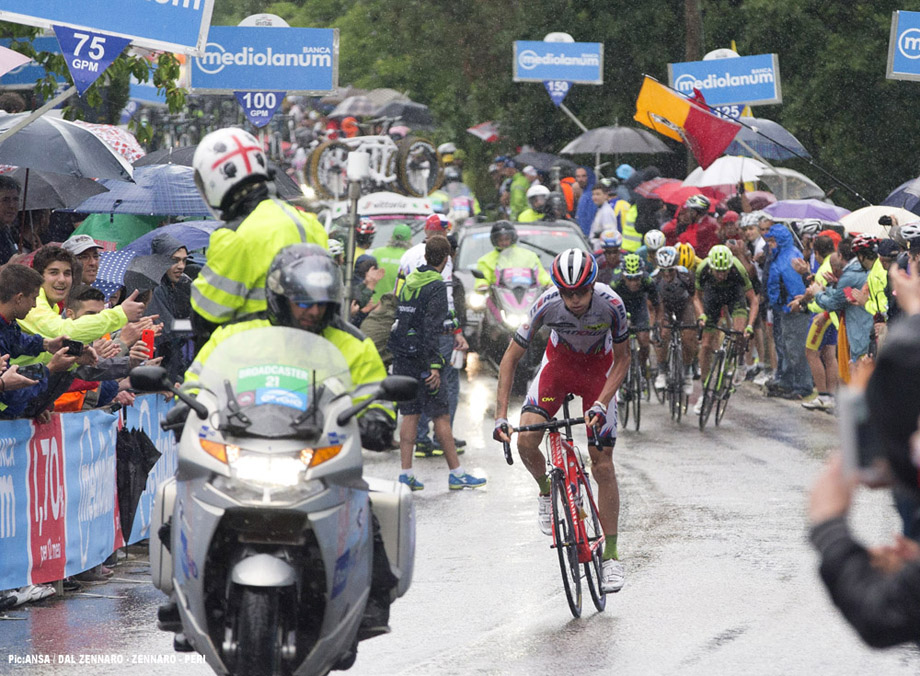 PEZ: You said you made changes for this year, it this because you feel that your progress had stopped a little bit since 2017?
So, the last two years were not successful for me, but all these changes are coming at the right moment. There is a fire in me, and so I deeply believe that I will deliver and it’s a good thing that’s happening to me, with such a change. 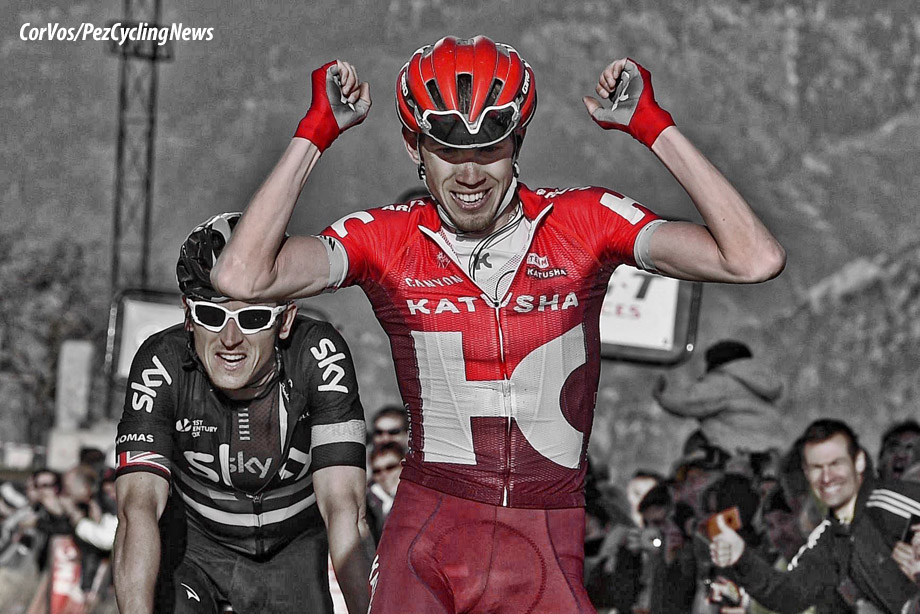 # Good luck to Ilnur and thanks to Phoebe Haymes for setting up the interview. Special thanks to Robert Korzeniowski for his translation work. Robert is a Polish former race-walker who won four gold medals at the Summer Olympics and three at world championships. Robert is head of sports marketing and communication for the CCC shoe company. # 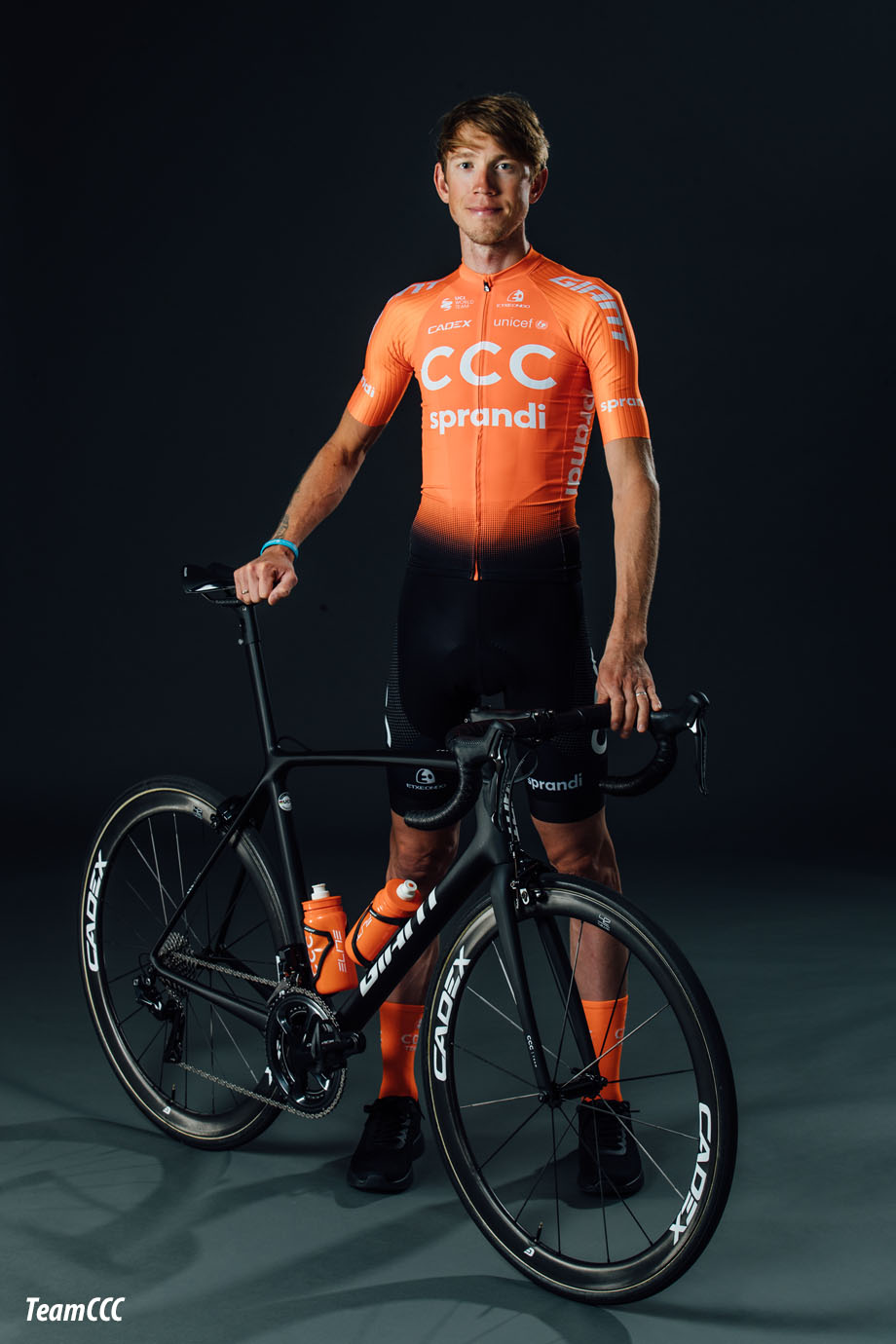