Rider Interview: Last year Clara Koppenburg, as a first year pro, just got better and better, her results show her quality as a 20 year old. She can climb and in time trials she has finished ahead of top riders like Longo Borghini and Scandolara. Ed Hood had to talk to this burgeoning star in the making.

Our amigo, Xylon Van Eyck, Communications Manager with the Cervelo-Bigla team tells us that this 20 years-old German lady is one to watch for the future – and with a highly promising 2015 Giro debut under her belt, who are we to argue?

And remember where you heard the name Clara Koppenburg first . . . 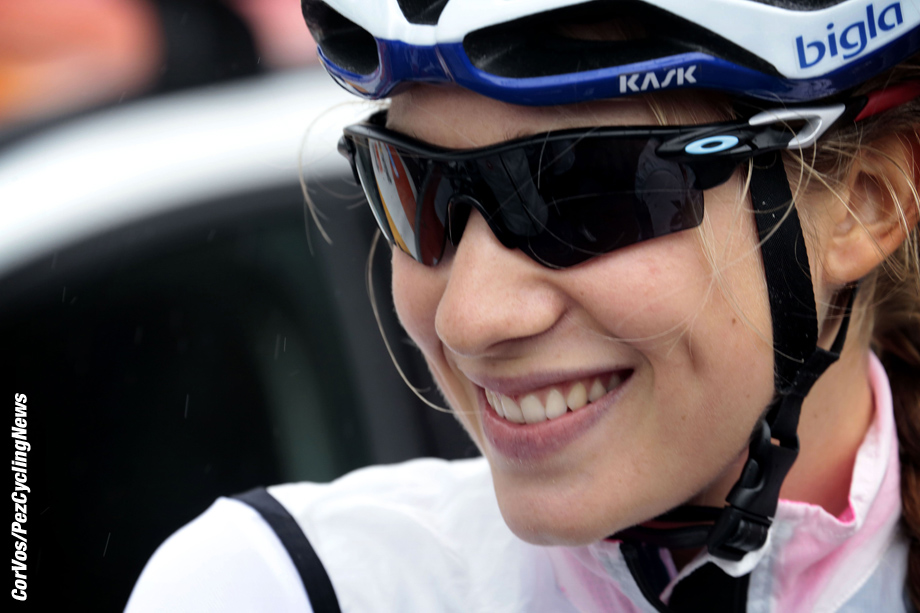 PEZ: How did you get into cycling, Clara?
Clara Koppenburg: I only got into cycling a few years ago. I remember only about two years ago I dared to hold the bottom of my handlebar. Before I started cycling I was doing a lot of other sports – basketball, football, skiing, cross-country skiing and athletics. Due to injuries I had to give up athletics and my dad suggested I should try cycling. With a lot of coffee stops he “tricked” me on to my bike and after a few weeks I really started to love it and feel that this is the right discipline for me. About two years ago I attended my first race and now I can´t even imagine what I would do without this sport!

PEZ: What do your friends and family think of your chosen career?
Thankfully my family and friends are standing completely behind me and support me wherever they can. Obviously sometimes they must think I’m crazy when I’m training outside in the pouring rain, rather than lying on the couch with a hot chocolate, but I guess they know that I need my bike. Especially my parents support me with everything they can, which I’m so grateful for.

PEZ: How has your winter training gone – tell us a little about it.
So far my winter training has gone very well. At the beginning I was a bit concerned I wouldn’t be able to train as much as I wanted to but thankfully the weather in Germany was very good until January. I was able to do some long distance rides and some strength training. I also had the opportunity to go to Mallorca for 10 days, just before Christmas. That was obviously amazing for me as I did long rides every day and enjoyed every minute on the bike. After three weeks at home and some time spent in the snow where I did some cross-country skiing, I went back to Mallorca. Now I’m really looking forward to next weekend when my team is coming to Mallorca as well. 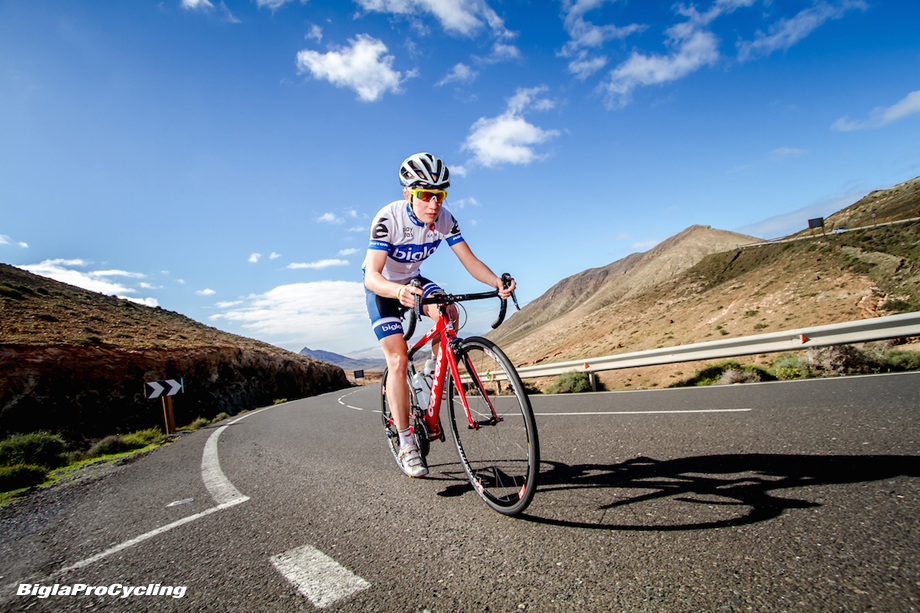 PEZ: Do you have a coach?
Yes, I do; I’ve been working very well with him for about two years now. He gives me a very good training schedule and I´m making good progress with it.

PEZ: You’re 53 Kg. that’s light – you should be a good climber – but maybe not so good for time trials?
Climbs are definitely my favorite discipline. I like basically every climb, if it’s short and steep or super long. I don’t think this is a problem for good time trials. As long as the leg strength and the position on the bike are right I think that everyone can become a time triallist. I for myself will definitely try to work on my TT qualities because it’s very good fun to ride against one’s weaker self. 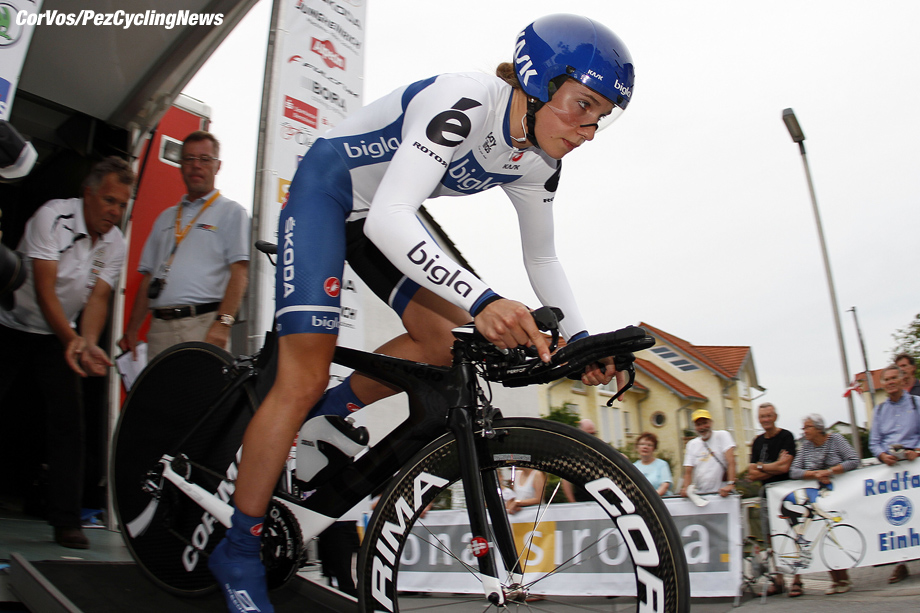 PEZ: Who are your cycling role models?
This is actually a difficult question for me and to be honest I have only recently started to know some names in the cycling scene. But it´s always a pleasure to ride next to some big names in the peloton or having a few of the world’s best riders in our team, supporting them as much as I can.

PEZ: How did you get the Bigla ride?
My dad has known Thomas Campana for many years, therefore Thomas was aware of me and I managed to do a performance test for him. In the end everything worked out and I became a member of the team.

PEZ: The Bigla team becomes Cervelo-Bigla, tell us about the changes.
I think it is a big step for us. To have a big sponsor like Cervélo is very good. For us it means not only to be able to ride their bikes but also to present their name on our jersey, which makes me feel very proud. They have committed until 2018 which is great to have such longevity in women’s cycling. 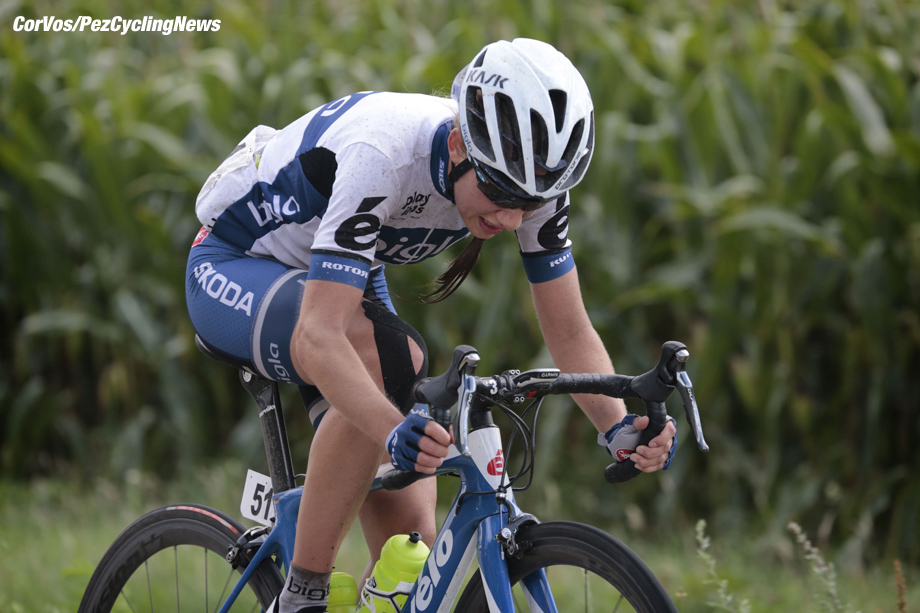 PEZ: What’s your favorite kind of race?
I really like stage races, especially with some long climbs and hot conditions. Flat races with a lot of cross wind are not really my cup of tea but in moments like that I always remember Thomas Campana´s words: “Make your weaknesses your strengths.” And if you go to the start with that attitude you can make every race your favorite race. 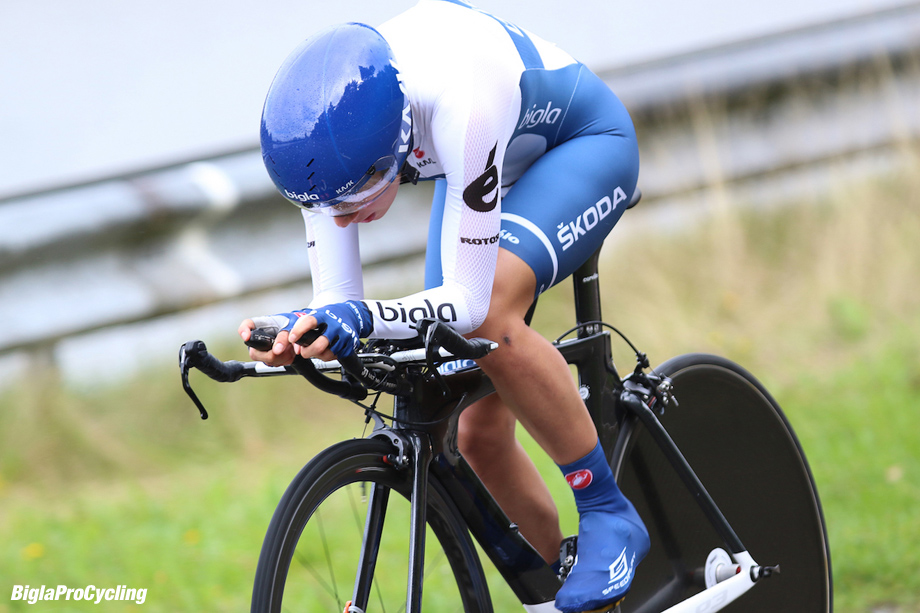 PEZ: Tell us about the Giro.
The Giro was a great experience for me. It’s one of the biggest races in women’s cycling and to be a part of it was an incredible feeling. To support my teammates, especially Ashleigh Moolman-Pasio, was amazing. Obviously it was very exhausting for me as the stages were hard, the weather was hot and I had never done a ten day race before, but with every day I got more used to the whole race procedures. I felt stronger with each day and my highlights were the last two days with the TT and the last stages, where I really gave everything for the team. I´m already looking forward to this year’s Giro.

PEZ: What’s the program for 2016?
In 2016 I want to improve my TT and I´d be lying if I said that the TTT at Worlds is not a goal for me. In general to become a stronger rider, so I can support my teammates even more than last year. Of course I also want to ride the Nationals and Europeans as well. Another big goal for me is to win a race. It doesn’t really matter what kind of race, I would just like to experience the feeling of crossing the finish line first. 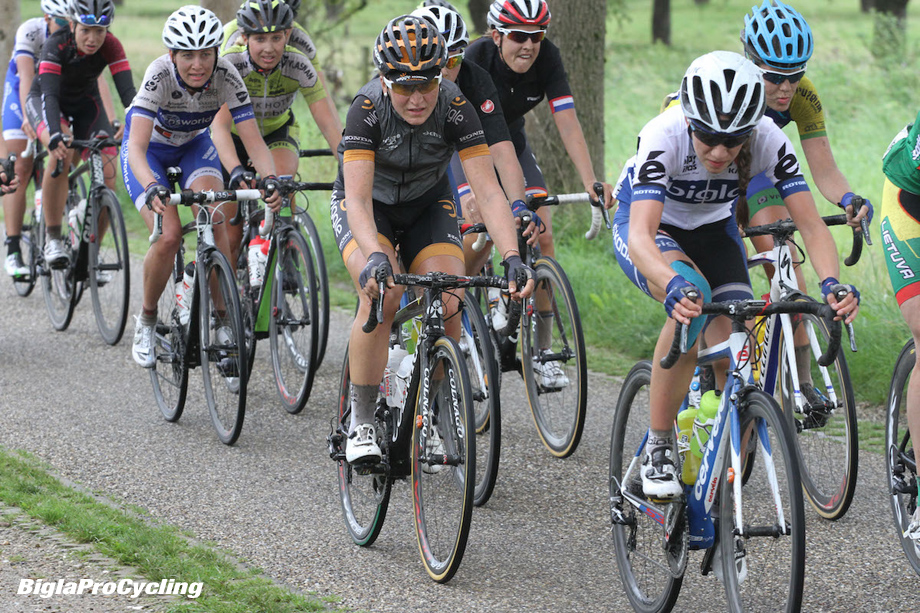 PEZ: What changes would you like to see the UCi introduce for Ladies Cycling?
I think it would be a big step if the big men’s races would be more connected with the woman races. So there would be a lot more people watching the races and women’s cycling would become more popular.

PEZ: Where would you like to be in the sport in five years time?
Of course I’m dreaming of becoming one of the best cyclist in the world in a few years. I really want to make cycling my profession so I can attend all the big races.

PEZ: And have you pedaled up the other Koppenberg yet?
Not yet, but it’s definitely a point on my bucket list.

#Thanks and good luck to Clara, also to Xylon Van Eyck for setting up the interview.# 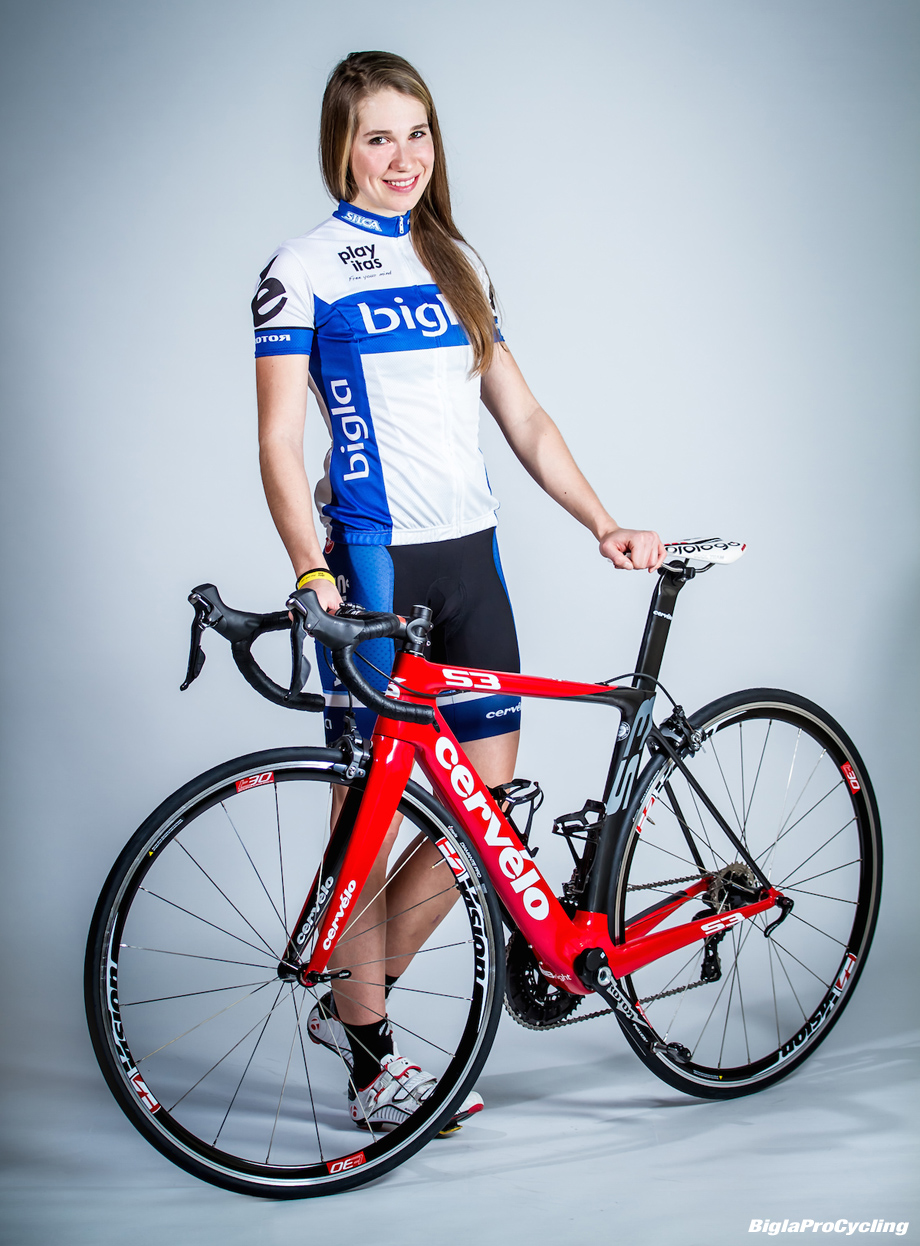 In Pomarance on Bike with Paolo Bettini