Professional; ‘someone highly skilled,’ that’s one of the Oxford dictionary’s definitions of the word. Charly Wegelius is the pro’s professional, the kind of rider who doesn’t seek the limelight or grab the big wins – but the guys who grab the big wins wouldn’t be kissing the podium girls if there weren’t guys like Charly on their team.

If there was any doubt about Lotto’s seriousness of intent as regards Cadel Evan’s bid to win the Tour in 2009, they were dispelled when the Belgian squad signed this man. We caught up with Charly on the Lotto training camp at Benicasim, not too far from our man, Al Hamilton in Polop.

PEZ: How many pro seasons is it now, Charly?
Charly: This will be my tenth; we were in the hotel garage the other day, trying to get organised to go out on the day’s run, and I said; ‘are we going, or not?’

One of the other riders replied; ‘you’re the oldest, it’s up to you!’

Two years ago, I was still one of the ‘young guys,’ in the space of a year I’ve become a ‘senior pro!’ 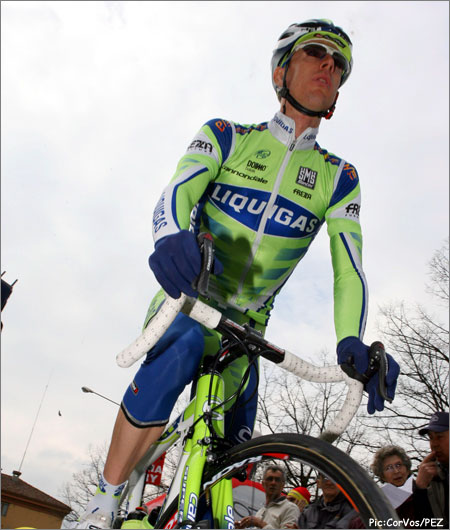 PEZ: Lotto is serious about Cadel winning the Tour, then?
Charly: I like to think so; there have been a lot of changes in the team and I’m here to help Cadel get the best possible result.

PEZ: Who approached whom?
Charly: We spoke in general terms at the Giro and then things went quiet and I was talking to other teams.

But at the end of the Tour they made me a firm offer; but it was flattering to have more than one team expressing an interest in me.

PEZ: Do you have an agent?
Charly: I used to do all my own negotiation and if you’re staying with the same team or only have one team expressing an interest, then you don’t really need one.

But if you have more than one team to negotiate with, that’s when you need an agent. I work with the Carera brothers now and they have a good grip on the situation. 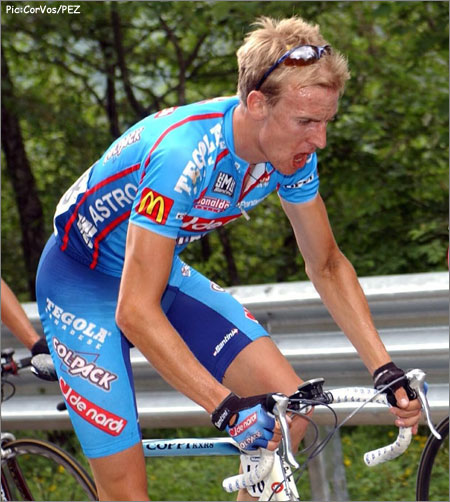 PEZ: Talking of ‘feel,’ do you feel British or Italian?
Charly: I get asked that often, I don’t really have thoughts about my nationality; it’s your experiences of life that make you the person that you are, rather than a label that says where you come from.

I’d describe myself as a ‘European!’

The Belgians tend to talk about it less and get the job done quicker, they’re calmer, but at the end of the day we’re all doing the same thing – bike racing.

PEZ: What’s Marc Sargeant like?
Charly: I know him from my Mapei days; he has all the skills and qualities that you require to do the job. His style is quiet and unemotional; he doesn’t raise his voice much.

PEZ: I believe Ridley have followed Robbie McEwen to Katyusha?
Charly: Yes, we’ll be on Canyons for 2009, they supplied the bikes for the Unibet team, they’re very light and stiff, I believe. 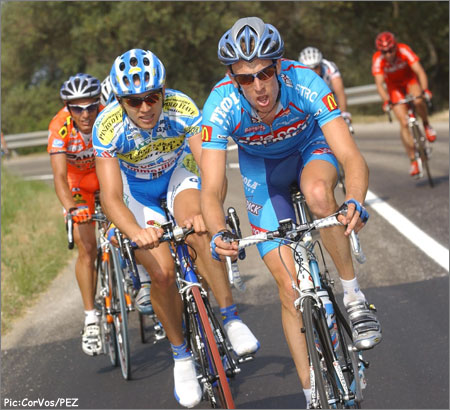 PEZ: Will you continue to live in Italy?
Charly: Yes, I’ve had a flat in Varese for ten years now and I have a lot of friends there. It’s also a good area for training, once you’re out of the traffic; there are 13 or 14 other pros in the area, so there’s always someone to get out with.

Cadel only lives 20 kilometres away, so it’ll be good for training with him and getting to know him properly.

PEZ: You’re on a training camp just now?
Charly: Yeah, we’re at Benicasim near Valencia, the weather isn’t bad but the pace is a bit too intense for me just now; we’ve been doing three-and-a-half to four hours each day.

The guys who are riding the Tour Down Under and the Spring Classics are going strongly at the moment – with all this work I’m doing at least I’ll be able to enjoy my Xmas pudding!

PEZ: How does a Lotto camp compare to a Liquigas camp?
Charly: It’s the same thing; you get up, have breakfast, go out training, have a massage, eat and then go to bed.

It’s not exciting or glamorous; it’s just part of the job. It gets the training done in decent weather – in Italy it’s been raining hard for days.

PEZ: Have you met Cadel yet?
Charly: We met in Brussels a couple of days after the Tour of Lombardy and just before the Tour de France presentation; we spoke about training and working together. 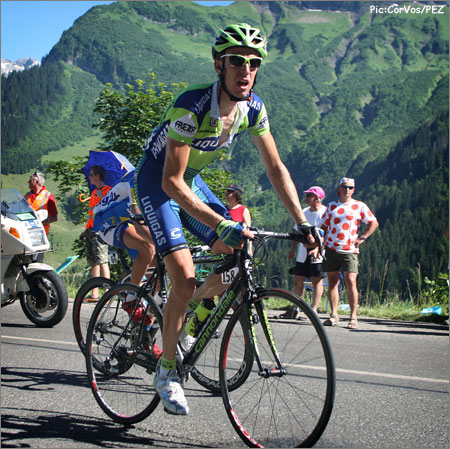 PEZ: There’s been a controversy about his riding the Giro – or not?
Charly: I haven’t spoken to him in depth about his programme, that’s done in private with the management; but let’s just say it’s a long time until the Giro and even longer until the Tour.

PEZ: Do you have your programme yet?
Charly: I’m presently discussing the merits of riding the Giro and Tour, with the team at the moment, but it’s not concluded. It’s nice to be discussing my programme and to have input, rather than it arriving in the post.

I think I’ll start with the Giro della Provincia di Grosseto and I’ll be doing Tirreno.

If my job is to work for Cadel in the Tour, my programme will have to be very similar to his, so as we’re riding together. You have to get to know how he rides, understand how I can best ride in support – that takes practice; you can’t just go out and do it. 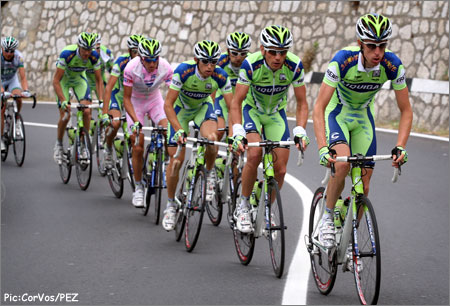 PEZ: Any ‘unfinished business’ in the sport?
Charly: I’d still like to win a road race on my own, I’ve come close before, but my objective is to support Cadel to the absolute best he can in the Tour.

PEZ: Christmas plans?
Charly: My girlfriend Camilla and I are travelling to Finland, where we’ll meet my mother – so it’s a family Christmas in Finland for me!

‘Charly and Camilla?’ – that rings a bell!

With thanks to Charly for his time and good humour.

And we think Marc Sargeant has made an excellent signing.