Chris Horner Gets PEZ’d! Part One

Chris Horner seems like a kid on Christmas morning, with a new year looming, a new contract with a new team, it’s endless possibilities. Chris sat down with PEZ in Portland, Oregon, before contesting the final USGP Cyclocross races to get us, and you, up to speed on what’s going on in his world.

We grabbed a chair at his hotel on a brisk Friday evening in Portland and chatted about all things bike and a lot of things not, while outside the storms gathered to pound the area with rain and wind. Chris was in town for the USGP cross season, where he’s riding for Ed Krall Racing.

It was never in doubt that Chris Horner would find a home for the 2008 cycling season given his once again consistent results in 2007, but the question was where would he land? It all came together with a phone call from Johan Bruyneel. Within hours, Horner had signed the contract to be a big part of the new-look powerhouse Astana team in 2008.

A Man For Astana

PEZ: Ever been to Kazakhstan?
CH: Nope!

PEZ: With a whole new team, everything new, it has to be exciting…
CH: Yup, with Johan and most of the Disco team, and Alain Gallopin who I know really, really well, who was one of the directors at Francais de Jeux – very excited to work with Alain again, and definitely with Johan Bruyneel.

PEZ: You were top 15 last year, building on a great year, you have to be excited to be taking this next great step.
CH: Oh yeah. Everything about this move is great. Riding last year for Cadel, 2nd on GC, to now going to ride for the team with 1st and 3rd overall from last year [2007], there’s only one move you can make! 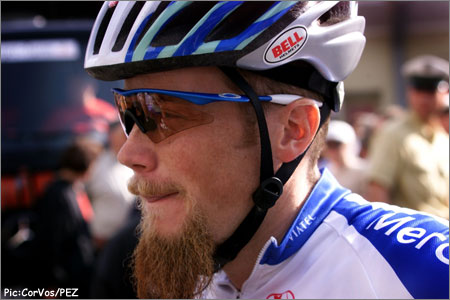 Dave forgot to ask if Chris plans on bringing the best facial accessory ever back in ’08. Do it Chris, DO IT!

PEZ: You look fit, happy, you have to be excited.
CH: I am, I am! I am comfortable with the surroundings there in Europe, I know my way around, etc. It’s not like my first year with Francais de Jeux [tells story of crossing three borders and having one currency and not knowing what to use, French or Belgian francs, Guilders, etc – he tries to buy a Snickers bar, lady says no, he tries French, she tries Flemish, they settled on English. You speak? I DO!] So now, this will be my 5th Pais Vasco, now it seems like home. I know my way around a bit, speak the language a little bit – not great, but a little – those problems I had in 98 or 99, those are all gone now.

PEZ: For 2008 do you have any idea of your schedule?
CH: I want to do the Tour, of course the Tour, and I’d like to do the same program I’ve been doing but I haven’t talked to Johan yet as he’s been super busy. I’d like to think Cali, Paris-Nice, Pais Vasco, a few classics……… 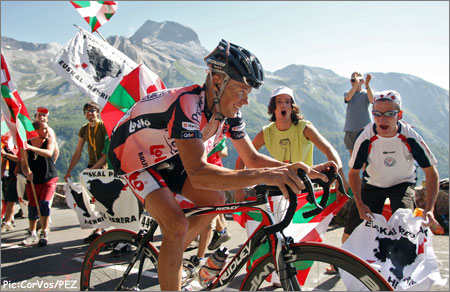 PEZ: No Roubaix?
CH: (a laugh) No, no reason. I’m 142 lbs, man, there’s no reason to do Roubaix! So, the same hopefully, and the Olympics are next year too. If I make that selection I’d like to do the Olympics, but not sure what I’d do after that…that’d be a long trip, a lot of travel!

PEZ: Looking at things domestically you have a new 800lb gorilla on the block in Slipstream and another team, Rock and Republic is on the up, but on the other hand you have Health Net scaling down and Navigators is gone. Is North American racing healthy? Unhealthy? Getting better, getting worse?
CH: Cycling in the states seems always the same. [holds up hands, palms up, raises left] Gains a great race, loses a great race. Gains a great team, loses a great team. I can go back to when I started racing, there was 5 great teams, and today there are 5 great teams. I’ve been a pro for going on 14 years now, the schedule seems the same in the sense that there are great races they’ve just changed venues. I don’t mean it negatively, it’s just… the same. Although it’s a different world, now than when I was coming up. 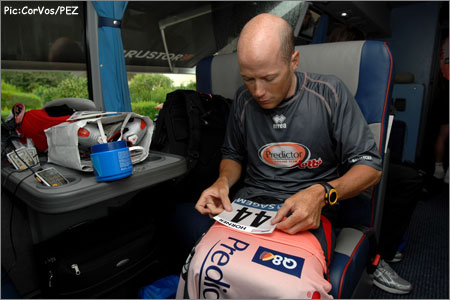 Horner has been pinning numbers professionally since the mid-90s. He doesn’t even have to pin anymore, they stick themselves.

Back in the day it was 99 cents a gallon! I could see it being bad for the young guys just starting out with gas at 4 bucks almost. In my day there were times where if I didn’t win some prize money I’d have to do something really creative to get some gas money to get home, that’ be hard today with the world as it is. 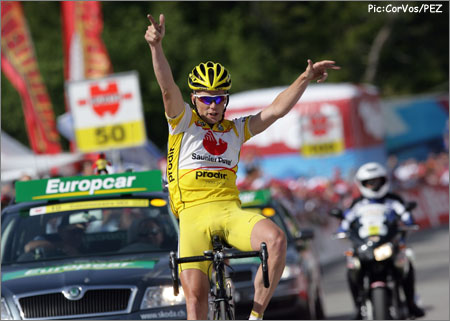 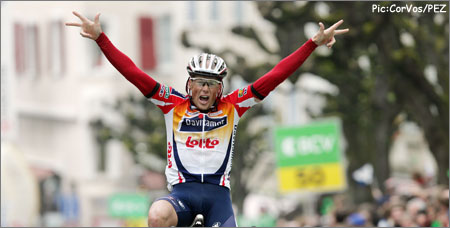 Horner was outrageously successful in the States, and the thought of him returning made many a wee bit nervous, but hey, the success in Europe sure as the world is round hasn’t been lacking.

PEZ: Will you race in the States this year? Let your US fans take a peek at the new look?
CH: It depends, you know, there’s a training camp in I think New Mexico, then Tour of California is right near there, so maybe! Georgia would be cool and if we have a couple of big US sponsors I would think maybe we’d send a team to Georgia, if we have the guys. But California is California, man (laughing)! You get to ride in great weather and the course isn’t that terribly hard so it’s a race a lot of guys want to do. It’s great preparation for the year and the time is right on the calendar!

PEZ: Any idea what color you’ll be?
CH: No, no idea. Johan called up said he had a spot for me and everything in the contract he sent me was good. It’s everything I was looking for to ride in Europe again. It was about 3 hours before I had a signed contract back to him and that’s only because I had to drive to a place to fax the thing. 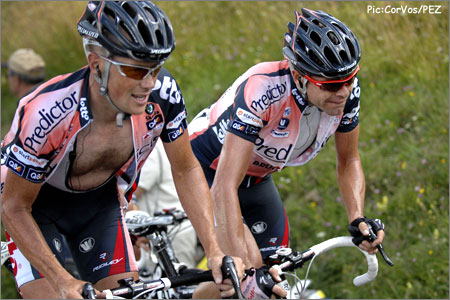 Chris will move on from Tour 2nd and ProTour overall winner Cadel Evans, and get the Tour’s 1st and 3rd as teammates for 2008.

PEZ: Do you have any sore feelings about leaving Predictor-Lotto?
CH: Really bizarre situation. I loved the team and loved the riders, and I had two great years. They really took care of me there.

PEZ: You took care of them, too!
CH: Oh yeah, they didn’t lose any money on me! But we just had a difference of opinion regarding the future. It was a budget thing for one, and when they signed Popovych it gave me a clear signal that hey, I might have to find a new job because there’s only so much in the budget. Astana was really the only step I wanted to take. Rabobank looked ok, but it wasn’t ideal.

Rock and Republic was close but we couldn’t really come to an agreement over 10 maybe 12 weeks of talking. I went to LA and took the medical exam, and thought I’d be signing a contract that day but their lawyer was busy, so I went home, then Johan called up and I couldn’t turn it down! But it does look like Rock is doing something incredible and I would have been super happy to be there. Freddie was working on getting me there and he and I would have been really dangerous together, but I wanted to do a couple more years in Europe but not for less money! I’ve done four or five years to ride in Europe for less money, I’ve been there and done that but it’s not an option at 36. I’ve done it for a third less, a half less, just to be clear with your readers, but it’s not an option at my age now!

PEZ: What are you listening to? What’s in your player?
CH: In my Ipod? What’s in it? Just about everything! Rock, some country. I pretty much like everything. Back in the day when I was a kid I listened to Zeppelin and stuff like that, you know you go away from something for a while then you hear it again and you might listen to it for days.

• Thanks to Ed Krall for getting us hooked up – check out the fine line of SPORTSBALM products at ACRISTAIMPORTS.COM