Coach Interview: Aldo Sassi was one of the best coaches at a time when many riders were relying on more than ‘pane e acqua’. Sassi wouldn’t touch a rider if they ‘dabbling’, but he did produce stars… and Ivan Basso. 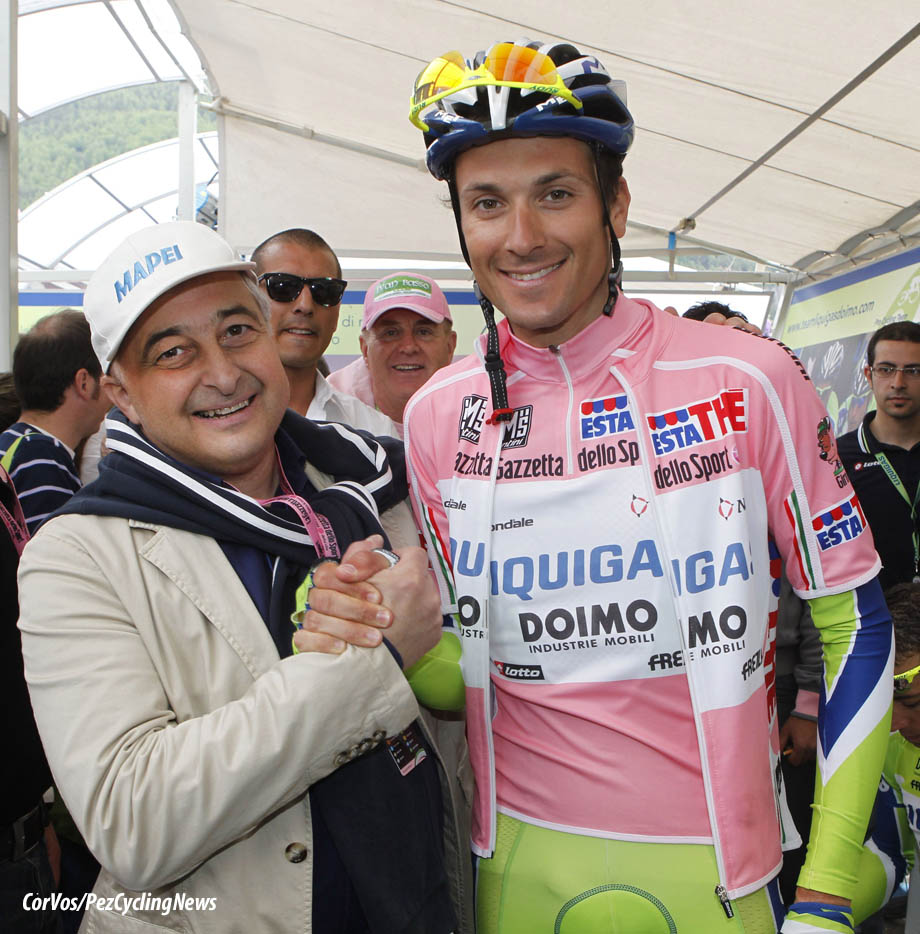 In these times of ‘pas des courses’ it makes life for us hacks that much harder so we look back at work we’ve done in the past for inspiration. A decade ago I was fortunate to get an introduction from professional – and now DS with EF – Charly Wegelius, to the late, great, Aldo Sassi one of the most respected coaches of his generation.

So much of what he says is still relevant and we thought you may like to read his words from 2009:

Ivan Basso is back; but who’s the man getting him into shape to prevent Astana taking the first five places on GC? Aldo Sassi. He also trains Cadel Evans, Charly Wegelius and Pez’s man in the Italian gruppo, Dario Cioni; sound interesting? We thought so; here’s what he had to say about Basso’s comeback, training – and EPO and CERA.

PEZ: How long have you been involved in training, Aldo?
I began coaching juniors in 1982, the same year I achieved my Masters in science. My brother was already a trainer and the following year he asked me if I would help in Francesco Moser’s hour record bid because he was too busy with his football training commitments. 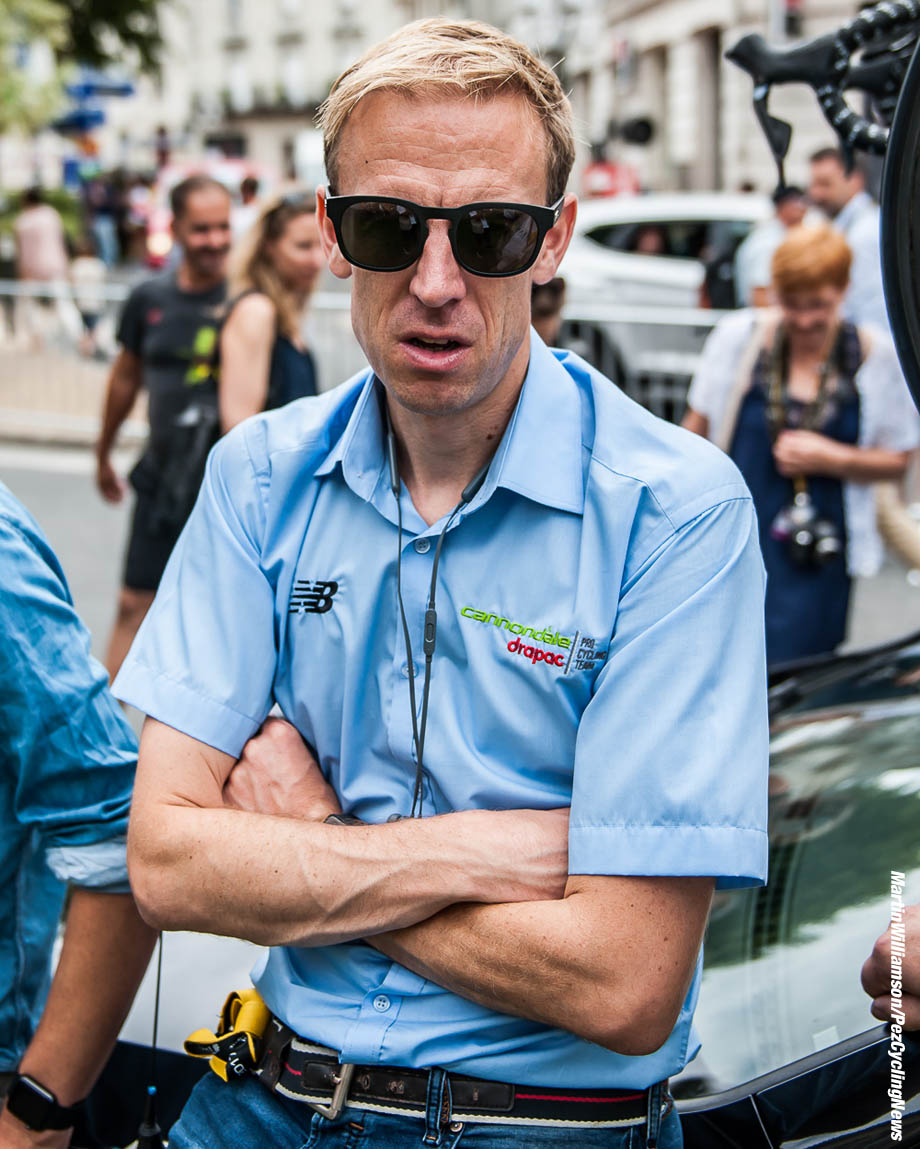 PEZ: You coach Charly Wegelius and Cadel Evans.
Yes, Charly has been with me since 2001, his Mapei days. And also Dario Cioni, it was my involvement with Dario that lead me to realise how strong Cadel was. I’ve coached Dario since his mountain biking days and I remember Cadel beating him in one event, Dario finished second, but I was very impressed with Cadel’s performance and I remembered his strength when he came to the road. Daniele Nardello has been with me since ’93, I’m also working with Eros Cappechi and William Walker.

PEZ: And Ivan Basso?
Ivan came to us at the Mapei Sports centre for tests in January 2008, we talked about working together and he said; “It could be a problem for you because of my involvement with Operation Puerto, if you support me.” I spoke to Dr. Squinzi, the head of the Mapei organisation and we decided to support Ivan, he made a mistake for which he’s had to pay and now he’s starting again. Everyone deserves a second chance, especially when you consider what he was suspended for; it wasn’t just Ivan and Jan Ulrich, and it wasn’t just cycling – football, athletics, tennis. . . 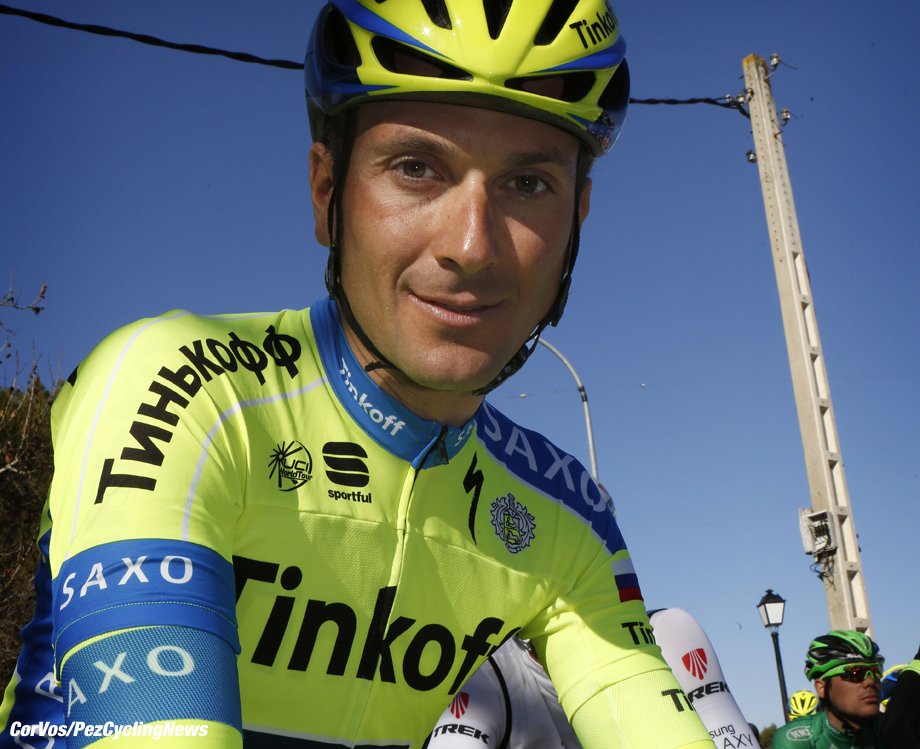 PEZ: What about the aspect of conflict; if two of your clients are battling for the same result?
When the race starts for the riders, my race is over; I am not a ‘preparatori,’ a medical adviser who works with chemicals, I am a coach and a trainer. My interest is in having the maximum number of good riders in good condition for a race, in this way the standard must improve.

PEZ: What are the physical attributes that make a champion?
It’s not the only one, but the main predictor is VO2 max; you need this to be good climber or stage race contender. The other important attribute is lactic threshold, a rider like Paolo Bettini, for example, has a high lactic threshold.

PEZ: How much of your job is physiological and how much is psychological?
Psychology has a very high relevance on performance; it’s not just physiological data that is important. How the coach proposes the training to the rider is very important, he must tune his proposals to the different psychologies of the riders – he must tune his programme to the mindset of the individual rider. 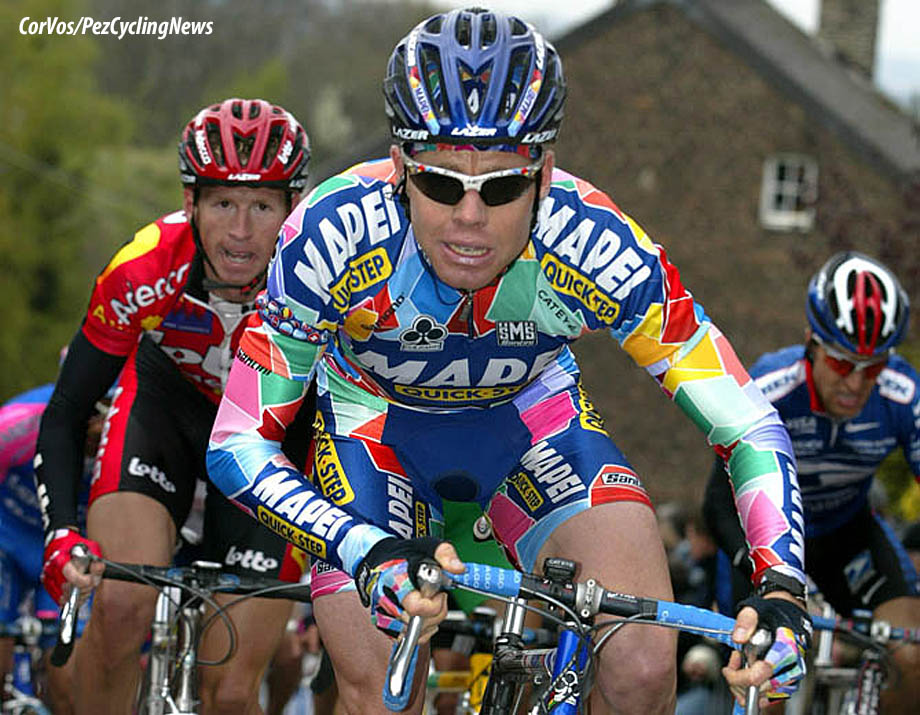 PEZ: Are SRM’s and Powertaps vital, now?
All the top pros fit a device like the SRM cranks or Powertap hub, it’s a way to add more information; it’s not indispensable but it provides important feedback. You don’t put all your faith in heart rate or power outputs, however; what’s happening in an athlete’s head is the most important thing.

PEZ: In these days of riders staking everything on one race, is it possible to race for a full season?
I think that Cadel showed in 2008 that it’s possible to compete at a high level from the beginning to the end of the season. A rider can hit two peaks during a season, in theory three is possible, but that would be very hard if the rider s not supported by chemicals. In the absence of assistance from drugs, a rider cannot peak as high, but they can sustain that peak for longer. The use of drugs makes it easier to manage to peak at a specific time.

PEZ: Coppi said of training; “ride a bike, ride a bike, ride a bike,” do you agree?
He should also have said; “but first choose your parents carefully!” At the start of my career I believed in the gymnasium, but now apart from back and abdominal work, I think that all strength training for the legs should be done on the bike. 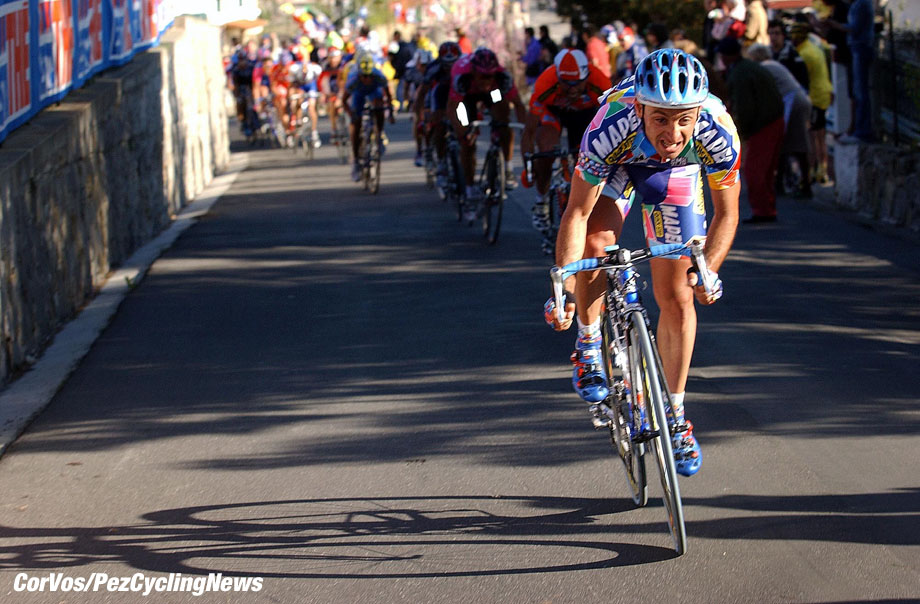 Paolo Bettini on the attcak in Milano-Sanremo’98

PEZ: Which of your client have the best ‘numbers?’
Cadel and Ivan have very high VO2 max, but Paolo Bettini does not; his abilities and those of Oscar Freire are difficult to evaluate by classic test methods, but they do have high lactic thresholds.

PEZ: I’m a rider and I want you to train me, what next?
There are several key points:
# You must be very sure that you want to race ‘clean.’
# You must agree to submit to haemoglobin mass tests so as I can make sure that there has been no manipulation of your blood.
I need this as a guarantee for Mapei and the athlete, because then I can defend you.
# You must agree to come to the lab six to eight times per year for testing.
# You must be committed to this approach.
# You must have the official agreement of your team.

PEZ: What’s your relationship like with the team managers?
It depends on the team manager, but remember that I was a team manager with Mapei so I understand what it’s like if a rider is being supported from outside the team. I won’t interfere with the rider’s race programme; but I will give advice, if asked.

PEZ: Do you ever refuse to take riders?
I have refused to take riders due to problems with the points I mentioned earlier, but you also must remember that I am busy with my work for Mapei and can only train a maximum of 10 riders. 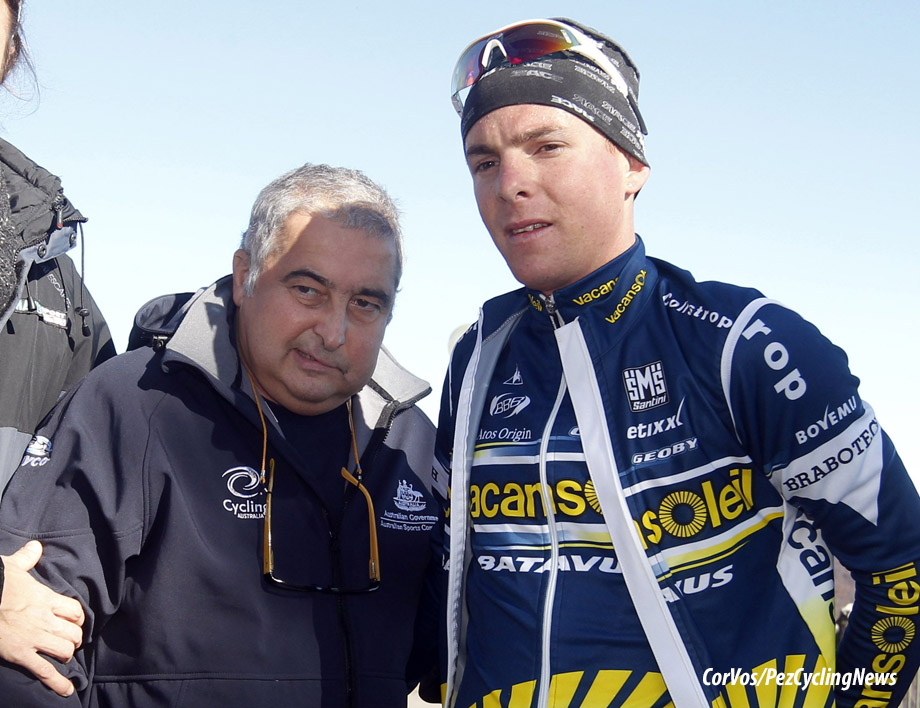 PEZ: EPO and CERA, how much advantage is physical and how much is in the mind?
The first thing to remember about these substances is that a rider using them is taking risks with their health; all the risks are not yet known – it will be in the future before they are fully apparent. EPO and CERA will confer an advantage of 5 to 15% upon a rider in terms of oxygen consumed, if you consider that this is the approximate difference in oxygen consumption between an athlete at base fitness and peak fitness, you can see that it is a huge advantage.
The change is dramatic, but you have merely created a ‘chemical champion.’ The increased oxygen consumption does confer psychological advantages; the rider feels more confident, stronger and ‘ready to race.’

PEZ: Are ‘Biological Passports’ valuable?
I think that they were something that was needed; not just for cycling, but for all sports.
They are perhaps not ideal, but are helpful. There are advantages claimed, but I don’t think these are clear – although it is early in the process. The main solution to the doping problem is the mentality within the team. If the rider is in a team where the management is against then the athletes will be much less prone to indulge. However, if the management is only interested in winning, no matter what the means, then the problem will remain.

# With thanks to Aldo for his, time, courtesy and patience – RIP. # 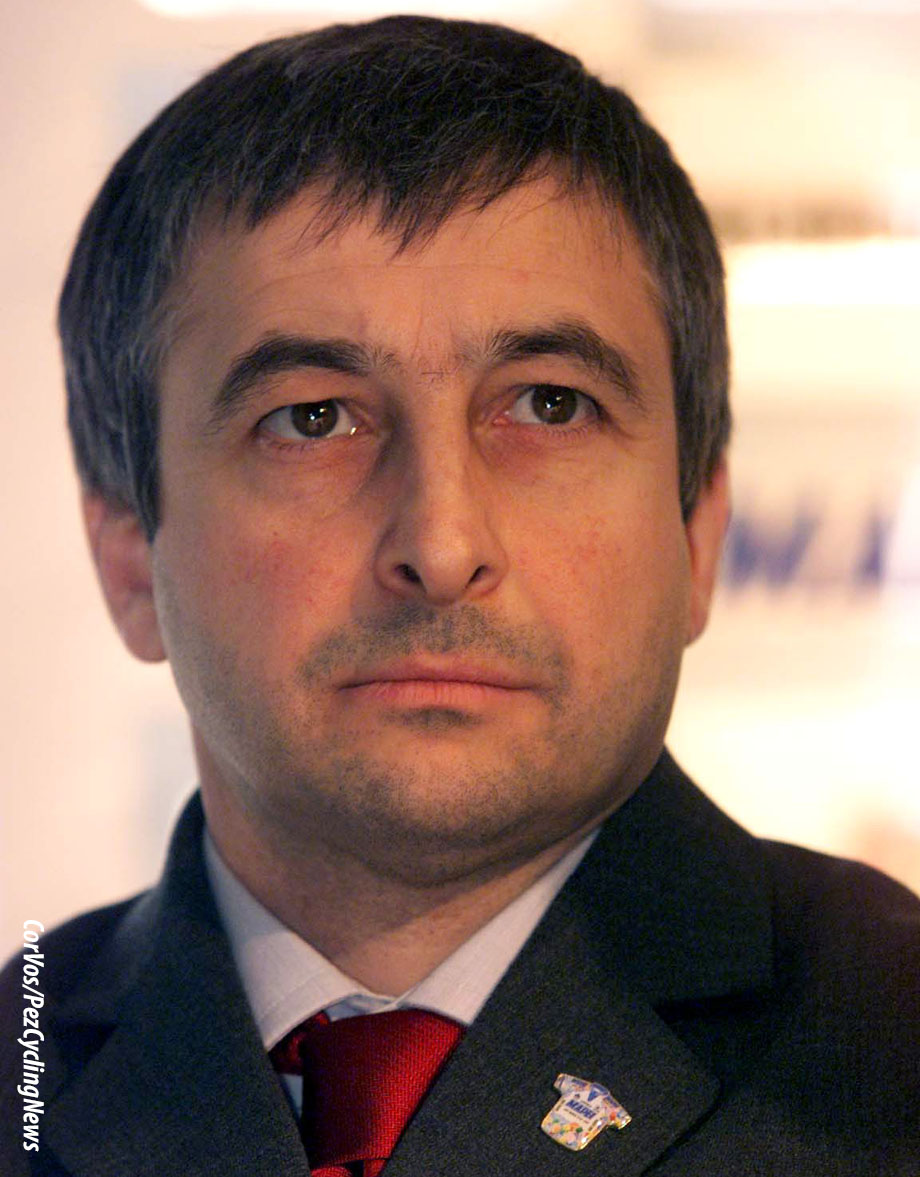