Coach Interview: In these times of ‘lockdown’ and ‘self isolation’ it’s hard to know what training to do. In his hunt for good advice, Ed Hood contacted ex-pro and coach, Dan Fleeman for some wise words. 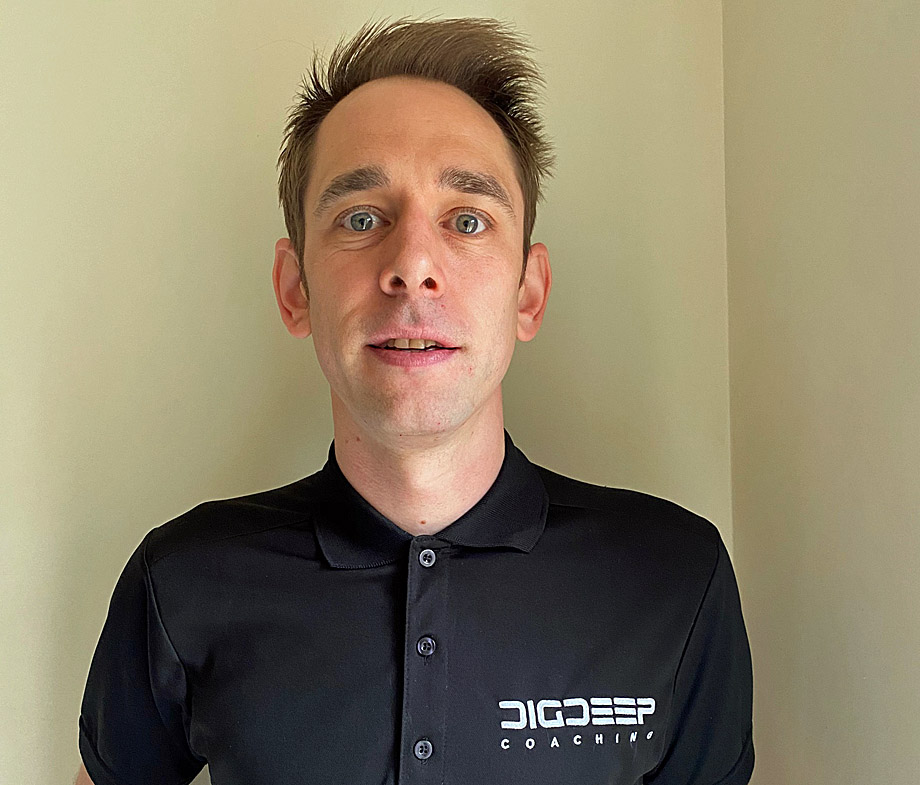 In these ‘Strange Days of Corona’ if you’re a racing cyclist, what do you do about training? We asked ‘Dig Deep Coaching’ founder, Dan Fleeman for his advice on how to train in these trying times. Fleeman is past winner of the British u23 Road race Championship, the Tour of the Pyrenees and rode as a professional with DFL, AN Post, Cervélo and Raleigh.

With Cervelo he participated in Classic single day races such as the Flèche Wallonne and Tour of Lombardy as well as stage races as diverse as the Tour of Langkawi, Paris-Nice and Post Danmark Rundt. He’s also been twice British Hill Climb Champion, beating the best of the specialist hill climbers at their own game. And in 2017 he won the UCi 1.2 Rutland-Melton Cicle Classic, ‘Britain’s answer to the Tro Bro Leon’ – he’s therefore a man who knows a wee bit about bike racing. 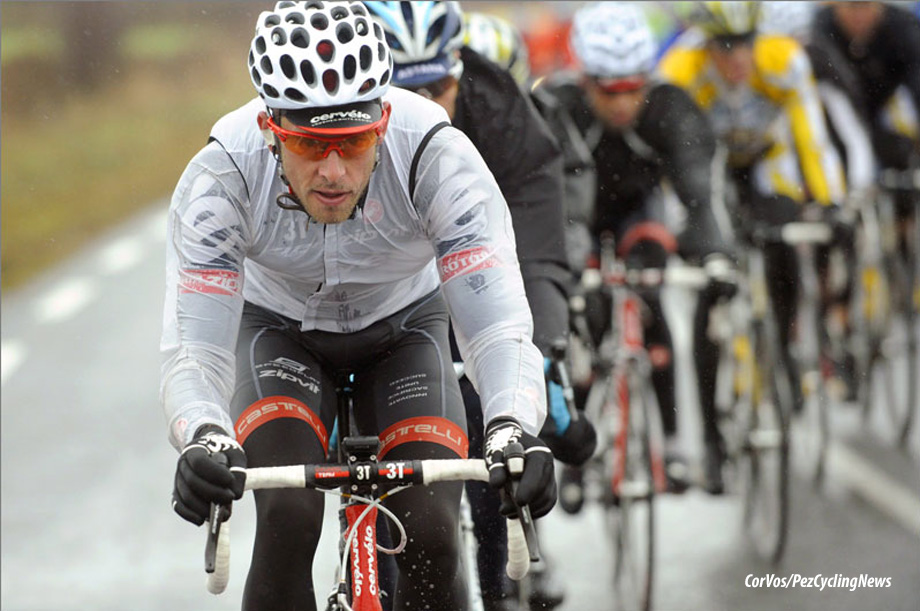 PEZ: Has the ‘Corona Crisis’ had much impact on your coaching business, Dan?
Dan Fleeman: It hasn’t had any impact either way but that might change as time goes by.
We’ve only had one client cancelled, he’s self-employed so that’s quite understandable. I guess there’s two ways to look at it; folks have more time to train at home on their Turbo and Zwift but perhaps their financial circumstance don’t allow them to sign up for professional coaching?

PEZ: What kind of work should riders be doing in these difficult days?
It is a difficult time but in the main everyone we work with is maintaining a positive mind set. Actually, I thought we’d have to deal with a lot of negatives but the majority of our clients want to train hard so they’re ready for the races when they do come. I’m suggesting to our clients that there’s been a ‘false start’ to the season and we should go back to ‘winter mode.’
I’m saying let’s have a little bit of time off and start to build again doing unstructured training to start with. If racing does start on July 1st – That’s the earliest date British Cycling have provisionally nominated – then it’s going to be a short, intense season with no time to, ‘ride yourself in’ so they have to be ready. On a positive note, if you were injured or ill at the start of the season then you have more time to get ready to race. But really, there’s no blueprint for a time like this. It must be really hard for a guy like Tiesj Benoot who was flying at Paris-Nice and all that great form has come to nothing. 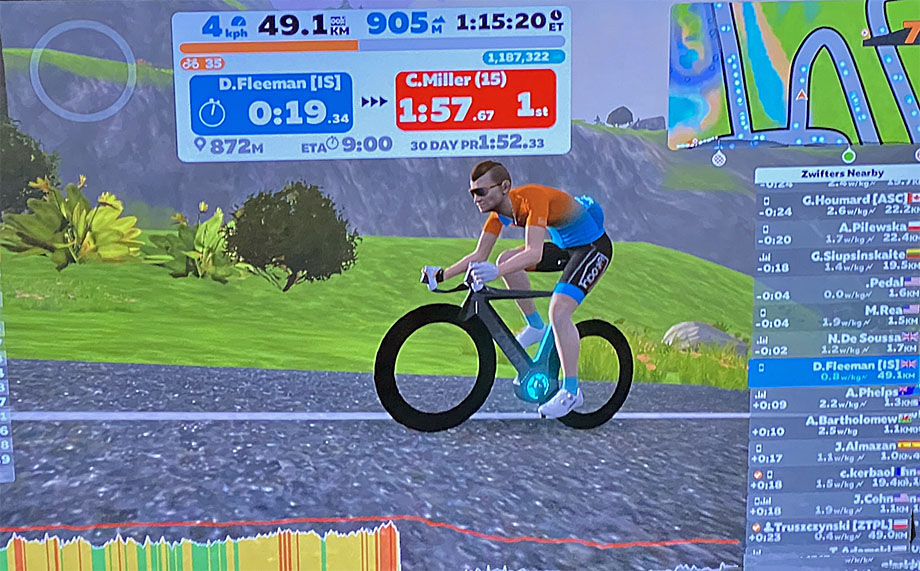 PEZ: Zwift must be a good outlet tight now?
I do a fair bit on Zwift myself, maybe three or four time each week. Over the winter you’d see the odd professional rider on there but in recent weeks the amount of pros riding Zwift has gone through the roof with guys like George Bennett on there. The thing is that the pros are getting tanned by the ‘indoor specialists,’ there’s a lot of technique involved; obviously power is involved – but it’s how you use it. The pros will soon improve when they get used to the dynamics of the game! However, yes it’s a good workout. This current situation has given Zwift a huge boost, moved them on to where it may have taken them two or three years to get to. Some of the races on there have big money prizes, which will attract people as well as the training angle.

PEZ: Is it a good time to ‘cross’ train’?
Yes, I think so but much of that depends on government restrictions; you’re currently allowed out to exercise once each day in the UK – but is that for 20 minutes or 200 kilometres? The mountain bike is good, unstructured, just enjoying riding the bike and gym work too – something different, good for the mind. 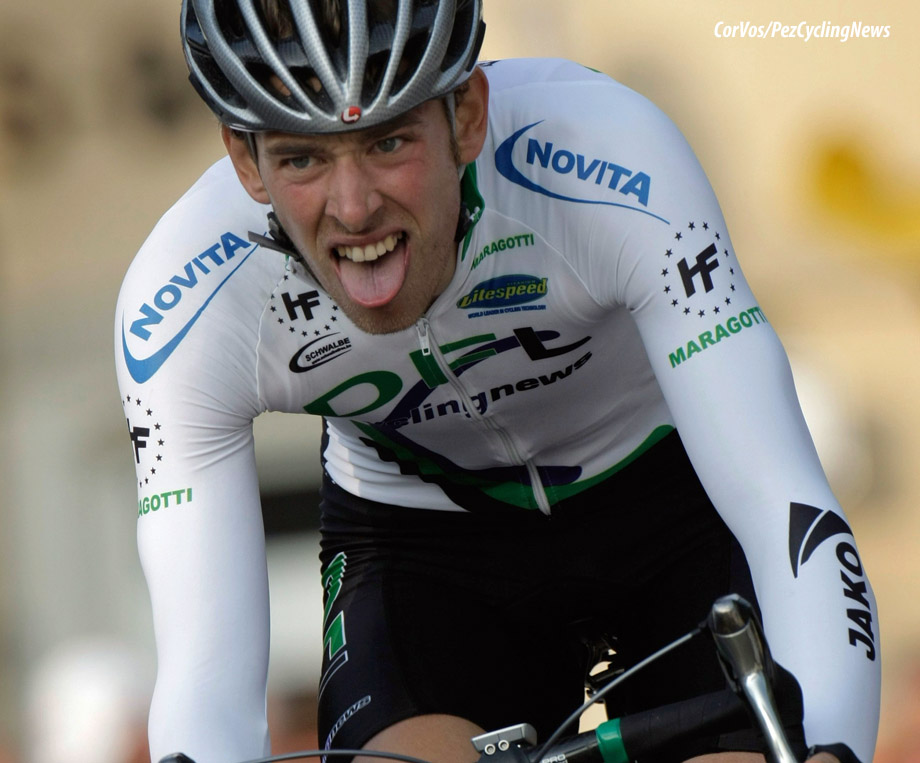 PEZ: But you’re saying most of your clients are mentally strong?
There’s the odd ‘wobble’ but I remind our clients that the races will come back. What’s difficult, of course is that we don’t have a set date, say six weeks away it would be a lot easier. The goal posts keep moving but you have to take inspiration from guys like George Bennett, he’s not sitting in the house drinking a beer, he’s on Zwift for two, three, four hours – his motivation is patently still very strong. 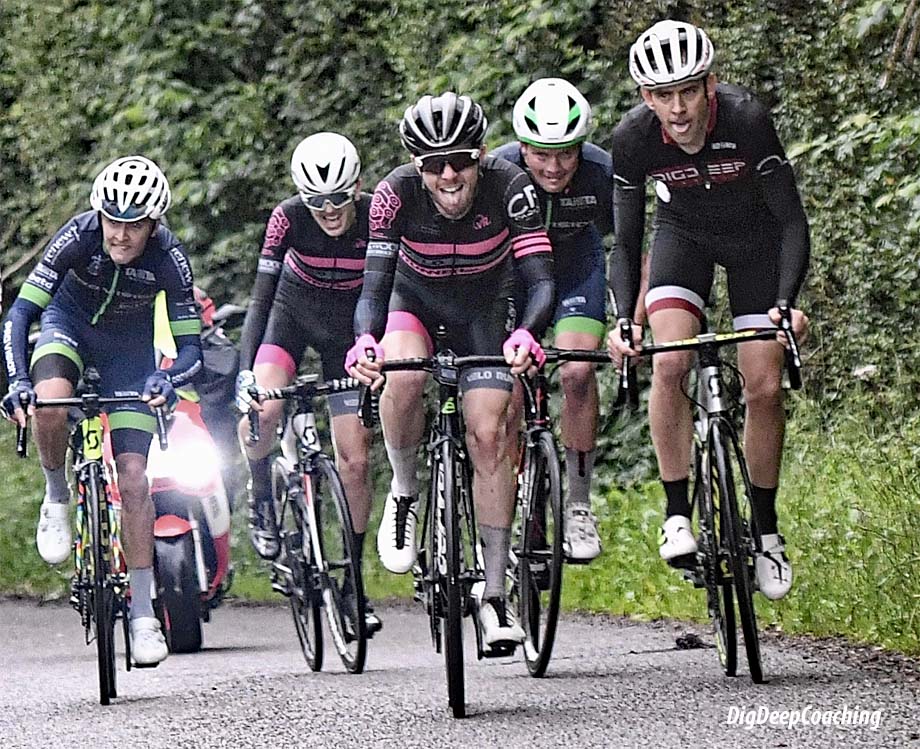 PEZ: Tell me about the ‘Volta a Dig Deep.’
Yeah, our ‘Grand Tour’ on Zwift. We did file analysis for EF and Mitchelton Scott a couple of seasons ago and have all the data from guys like Rigoberto Uran; so what we’ve done is recreate 21 truncated stages of 45 to 90 minutes based on the data. Anyone can sign up – there’s a race manual and commentary from our own Stephen Gallagher, we only launched it a few days but folks are signing up for it.

PEZ: If YOU were still racing as a professional Dan, what would you be doing right now?
By now I’d have done a couple of stage races, maybe the Tour Down Under and Ruta Del Sol? I’d take a few days off then switch back to what I was doing in January and February; endurance, strength – dub threshold work. I’d want to keep in good shape for the announcement about when racing was recommencing so I could go to intensity work to prepare me for racing – and I’d be watching my weight. 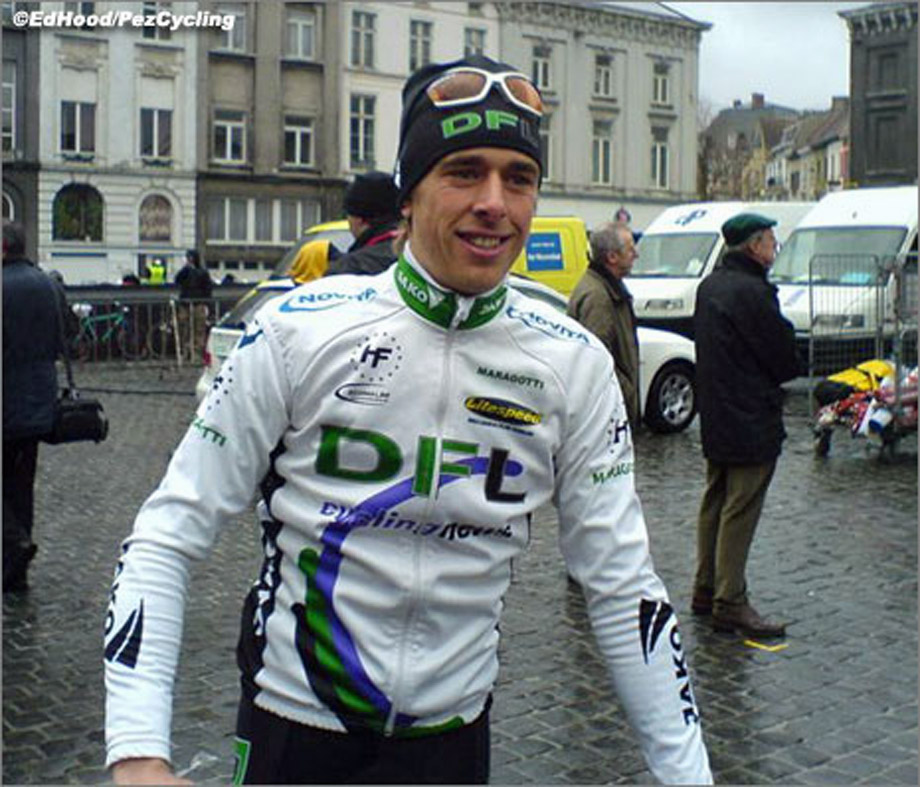 A few years ago in Belgium

PEZ: Tom Boonen says we should scrap this season and start afresh in 2021?
That might happen but there are a lot of vested interests in play and if they scrap the season it’s going to cost a lot of people a lot of money – Deceuninck manager, Patrick Lefevere reckons that the crisis has cost him 500,000 euros already. And on a personal basis it wouldn’t be good for our business but it has to be ‘safety first’ for people at large, it’s not just about the sport of cycling. But we’re all just speculating, none of us know how it’s going to pan out.

PEZ: A summary for riders please, Dan?
Plan! You can’t set race goals but you can set training goals for what you’d like to achieve and review them regularly – and don’t forget there WILL BE races to come.

You can find out more at: digdeepcoaching.com. 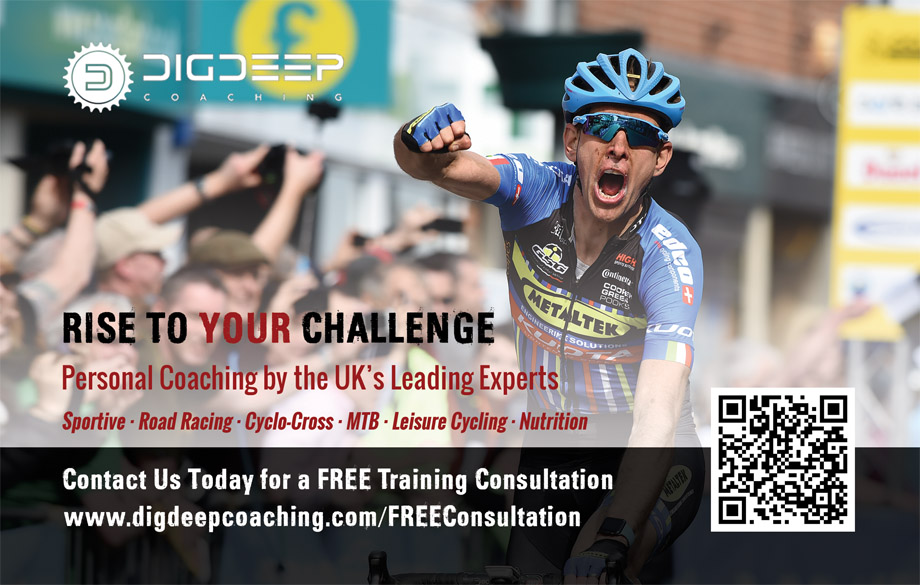 RGT Cycling: A Free Alternative For Indoor Training During Covid