One of Columbia’s more experienced GC guys isn’t even 25 years old yet. Thomas Lovkvist is someone that the team is looking to for some strong results and the young man is ready to step up to the plate. Here’s what he had to say at the team’s media weekend in Mallorca.

When Rolf Aldag introduced the riders to the press, he told us he’d raced (at the 2004 Circuit de la Sarthe) against Lovkvist when the Swede was just starting out. “I raced against him … that day four teams chased him, but they didn’t catch him, and he won the race.” 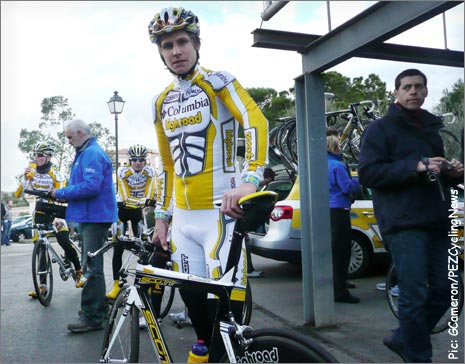 That breakout ride netted a stage win and overall as well as the eventual overall title, and a slot on the wish-list of any GC-minded directeur sportif. So what’s the plan for 2009?

Thomas: “I hope that I can get a win or two. I had a fair few top tens last year so I hope I can turn a couple of those into victories. That would be very nice.”

PEZ: How about your racing programme? The team rates you highly in terms of scoring some results on GC?

Thomas: I’ll do the Giro (d’ Italia) and Tour (de France) … we have Kim Kirchen for GC for those races, so I won’t be there for the general classification. But for the smaller races, Tirreno-Adriatico, Tour de Suisse and so on, those are the races for me. 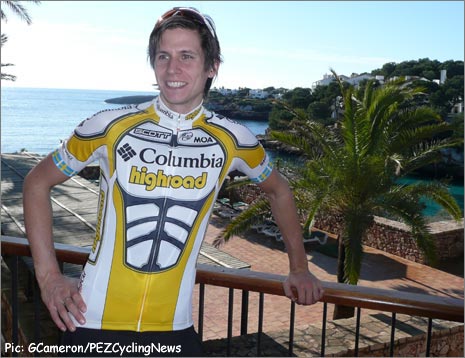 PEZ: So the first target will be Tirreno-Adriatico …?

Thomas: Yes. We start with the Tour of California where we hope to do a good job. Then I go for Tirreno which is a key objective.

PEZ: What about the Classics? Could you do something there?

Thomas: I hope so. Liege-Bastogne-Liege is one of my favourite races, so I really hope I can do good there. If not this year, next year … but in 2009, I hope I can do something good. 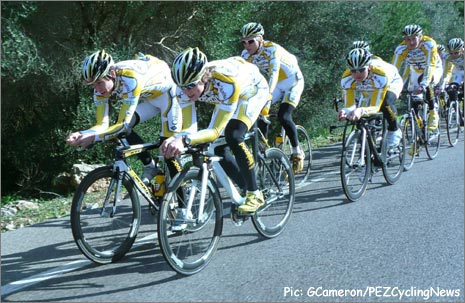 PEZ: How exciting is it to be with a team that’s so successful? Does it put more pressure on you when Cavendish wins loads of races, or does it make it easier?

Thomas: Well … both … we get wins, so we’re not panicking about getting wins. But it puts pressure on you to perform well. You can never come to a race and not be good. You always have to be on top because otherwise you’re not good enough.

But I think that’s part of the success, that everybody always gives 100%. You can’t always have a couple of guys cruising around.

PEZ: Have you had a healthy winter?

Thomas: It’s been good, nothing really a problem. Just a small cold. 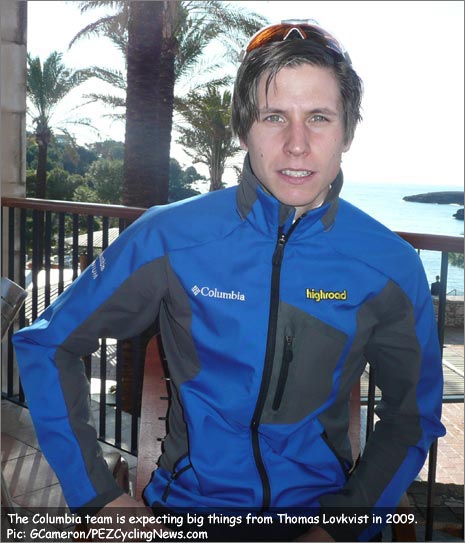 PEZ: Your girlfriend (Catrine Josefsson) is an elite level rider … is it good to have a partner in the sport?

Thomas: It’s very good because she has an understanding of the lifestyle. But we try to keep ‘work’ and ‘spare time’ apart, we try not to talk about cycling at home, but sometimes you can’t avoid it.

I try to keep them separate because then you only have cycling in your life. That’s fine when you go good, but when you have a bad period and your whole life is just about cycling you need a free zone.

The next day, following the riders from the team car as Lovkvist flew up the San Salvador climb, Valerio Piva told us: “Thomas is a very strong guy. This year we would like to see him look at a few specific races and go to win. But he can be good in anything from Tirreno-Adriatico, Milano-San Remo, the Classics … he has a lot of talent.” 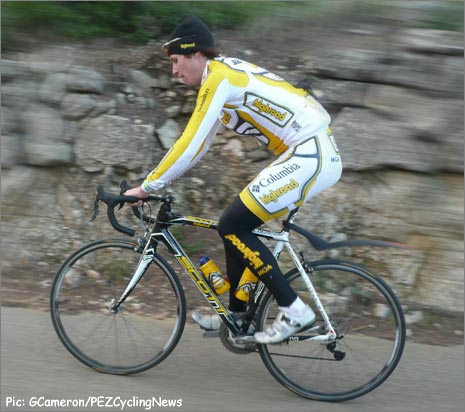 Maybe the most telling thing that Thomas said to me was after training on that Sunday, a beautiful early spring afternoon in Mallorca. Sun shining, green fields, warm afternoon … life was good.

“We had a long day today, just over five hours. Tomorrow’s even longer: six and a half hours. But that’s OK, because I love riding my bike …. it’s frustrating when you can’t get out.”

If Thomas can keep hold of why he rides, maybe the bigger successes are just around the corner. Good luck to him for the season.