Dan Fleeman: What’s La Fleche Like In The Flesh?

The Ardennes Classics are over, but we’re not quite done with them. In a two part interview series today, we look back at both La Fleche and La Doyenne. Who better to ask about Fleche Wallonne than PEZ regular, Dan Fleeman (Cervelo & GB)? Dan came in 72nd in the main peloton at 1:24 down on winner, Peter Pan – sorry, Davide Rebellin (Diquigiovanni & Italy). Read on!

The last time we spoke to Dan, he’d just been forced to quit Paris – Nice due to illness.

PEZ: How’s the health, Dan?
Dan: I took a course of antibiotics and it cleared up, OK. I haven’t raced a lot since Paris – Nice, mainly training, but I rode the GP Indurain in Spain and felt good there. 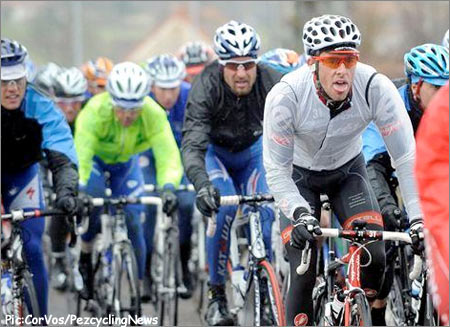 The cold and damp at Paris-Nice sidelined Dan until recently.

PEZ: How is your system coping with racing and training at a higher level, this year?
Dan: I haven’t had a mega hard programme, so it’s a case of, ‘so far, so good.’ But when you’re riding a diverse programme, it’s the constant travelling as much as anything that takes its toll. Today, I finished the race at 5.00 pm and was home by 8.00 pm, but it doesn’t often go as smoothly as that; after Paris – Nice I had to fly home to England via Frankfurt, for example.

PEZ: Is the Fleche your first major classic?
Dan: Yeah, although I’ve ridden a lot of the Northern semi-classics; Het Volk, E3, Scheldeprijs, Dwars Door – all the cobbled jobs, but this is my first race like this. 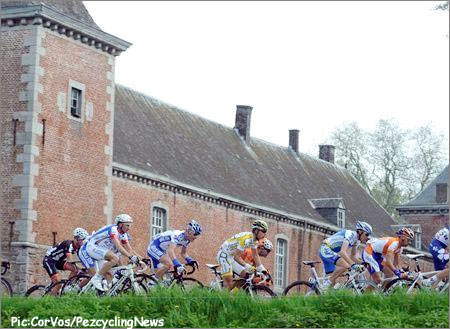 PEZ: Did you do a course recce, with the team?
Dan: No, I only arrived at the last minute; the team was struggling a little to get a team together for this one. I was down in Portugal, training for the Tour of Romandie – which starts on Tuesday – and I flew up from Faro to ride at short notice. But I know a lot of the course from racing in Wallonia; the Tour of Belgium went up Huy twice, last year, so I’m familiar with it.

PEZ: What was the gearing?
Dan: We always ride 39 inner rings, not compacts; I think that the only climb where guys ride compact is on the Angliru in the Vuelta. I was on 27 at the back, I would have got up on 25; but if you have the 27 then you use it.

PEZ: What was the team strategy, today?
Dan: Get Simon Gerrans to the foot of Huy for the last time, with the leaders. 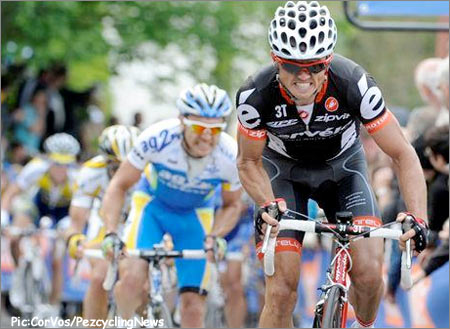 Simon Gerrans had another fine showing – his second Top 10 this week.

PEZ: What are the parcours like?
Dan: The first 15 K go up and down a bit, but after that there’s maybe 50 K which are relatively flat, from around 60 K to 130 K there are certainly climbs, but from 130 to the finish it’s just one climb after another – non stop, climb after climb, after climb. The Moreau break was good for us, it took the pressure off; we had three riders – including me – who were to cover early breaks, but only if there were five or six riders in them. When Moreau attacked early with Beppu they were let go and we were really just rolling along after that. The last hour was really hard, though – the peloton figured out that Moreau still had the 10 seconds per kilometre that you need to hold off the bunch, so the hammer went down, prior to that we had just been riding tempo – not exactly easy but not too hard.

PEZ: Was it how you expected it to be?
Dan: More or less, but I expected it to be harder from the start, it really only ‘turned on’ in the last 60 to 90 minutes. It was really good weather today, I can see that if it was cold and wet it would be a grim race to ride. 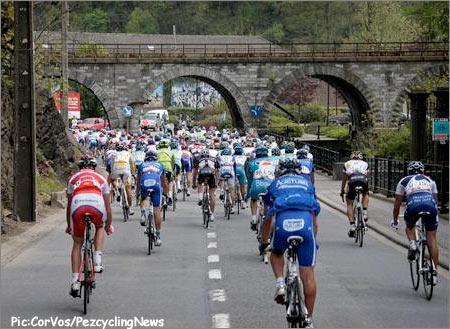 PEZ: Any lessons learned?
Dan: Oh yeah! Positioning is just so important on the climbs; if you’re in the first 20 or thirty on them then you can’t really slide back, the roads are so narrow. But if you’re back in 50th spot then you’re playing ‘catch up’ all the time.

Focus too; we came over the last climb inside the last 10 K and I thought; ‘great, that’s it, I’m with the leaders, I can think about saving my legs for the finish, now,’ – just for a minute I wasn’t paying attention and it split going across this plain over the top of the climb. Me, Thomas Dekker (Silence & the Netherlands) and my team mate Xavier Florencio chased really hard to get back, we got within five metres of the commissar’s car but just couldn’t get on. You have to be concentrating, paying attention, focused in the finale. 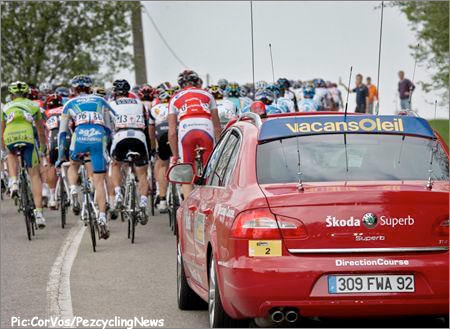 PEZ: Was management happy with the result?
Dan: Yeah, Simon Gerrans was 8th and we’re now leading the Pro Tour standings – even though we’re not a Pro Tour team (pro continental). It’s great, we get first car in the convoy!

PEZ: Did you get a chance to talk to Simon, after the race?
Dan: Briefly, to congratulate him, I had to catch my plane home but he’s staying on for Liege – Bastogne – Liege where he’s designated leader, again. Xavier Florencio is usually the man for these races, but he’s been a bit sick and is coming back to fitness. It’s pretty much the same squad for Amstel, the Fleche and Liege; the team are staying in a hotel on the French/Belgian border for the duration. Carlos Sastre is riding at Liege too; he rode the Amstel and was going pretty well. I think they’ll be doing their course reconnaissance ride on Friday.

I’m off to Romandie on Monday, it starts on Tuesday – I’m really looking forward to it. 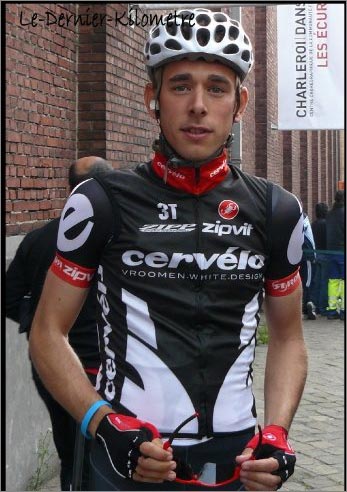 ***
With thanks to Dan for his insights; he’ll be checking in with us again, from Romandie, for which we wish him good luck.

Inside Liege With Cummings And Lewis