Rider Feature: As such an incredible domestique for highly successful professional teams like Team Sky and HTC-High Road, it’s easy to forget that Danny Pate used to win bike races. He dominated the 2001 World U23 Championship Time Trial taking home the gold medal on a tough course in Lisbon.

“I just want to be able to race bikes again.”

Danny Pate is back home on US soil, riding for Team Rally Cycling, and in a vastly different role than his last job – as domestique – at Tour-winning Team Sky. PEZ talked to Danny at the recent Rally Cycling team launch in California about coming back home and stepping into the role of team leader, looking to win some races of his own, and passing on some wisdom to the team’s young guns and future ProTour riders.

Pate reflects on his decision to come home. “It is just to be in the US more. There is a really good US schedule. It’s where I live. I am an American. I have been in Europe in Europe for a long time now, I guess it is all relative, since 2006 full-time racing and I have had my fill of it I guess you could say. That’s why I was looking for a US option.” 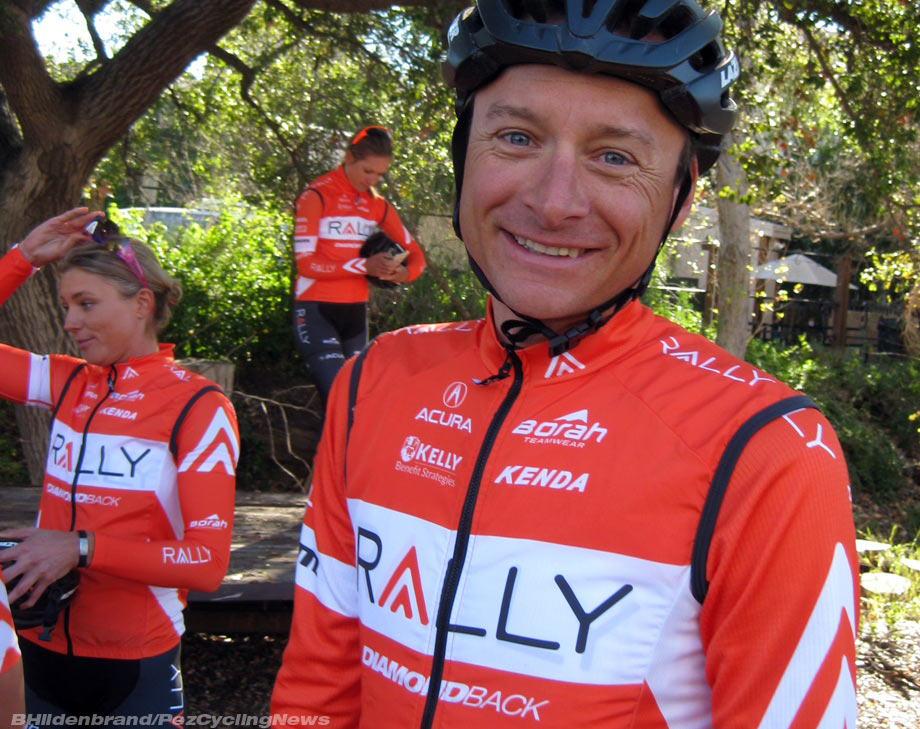 The former Team Sky rider, who turned down offers from at least one World Tour team to return to the States expands on his thoughts. “If you want to say ‘move back’ or ‘take a step down’ it just depends on how you look at it and how you feel about it. With my training or the way I look at racing I don’t feel like it is a step down, but I do have to be real about things like I am never going to do the Tour de France again. That is something to think about. That chapter of my racing career is closed.

“But, there are also good things that come on here. It’s just about the next step and the next chapter in each person’s life. It’s a bit of a change, a crossroads, a different direction.” 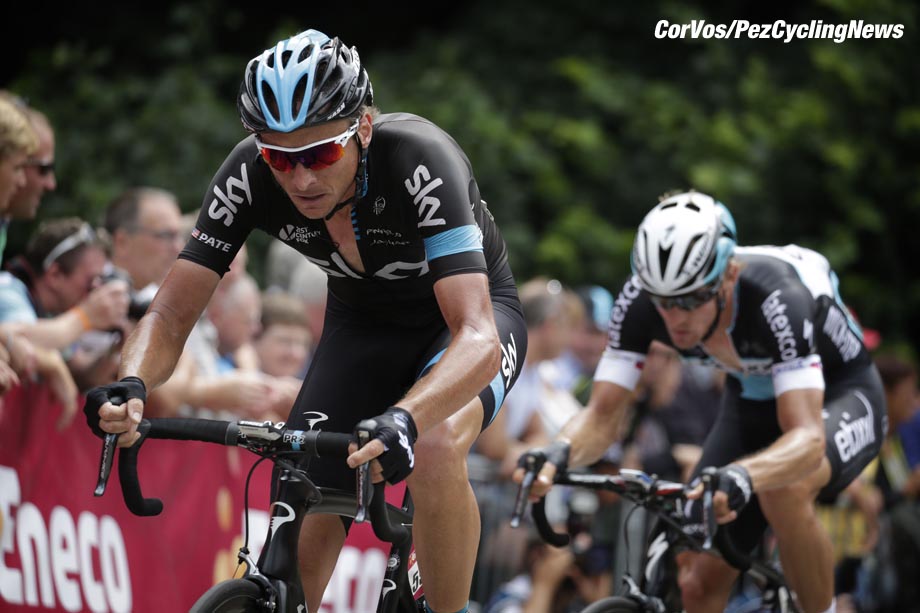 “It’s just like any other sport. You start with your best players and it only makes sense to accommodate them the most and help them and the work down from there.”

But, it is not just about getting a contract. “And then with the resources on the team you only have so much time to help people, so the stars on the team get the most things thought out for them. It makes sense. That is how it is. On those other teams I was just a cog in the machine,” said Pate.

Danny realizes that it’s the life of a domestique. “They treated me fairly. They did a lot of things for me. Those teams were conscious of what was going on. They were good about that and fair to me for doing those things, but at the same time just doing that kind of thing gets a bit redundant. At some point you can’t always do that.

“It is only a job. That’s what it is. If you don’t treat it as a job you are not doing it right. You are supposed to do a very specific thing. It is a job to do that. It is not fun and games. It can be fun, but first of all at the World Tour level and on one of the best teams in the World Tour it is very much a job.” 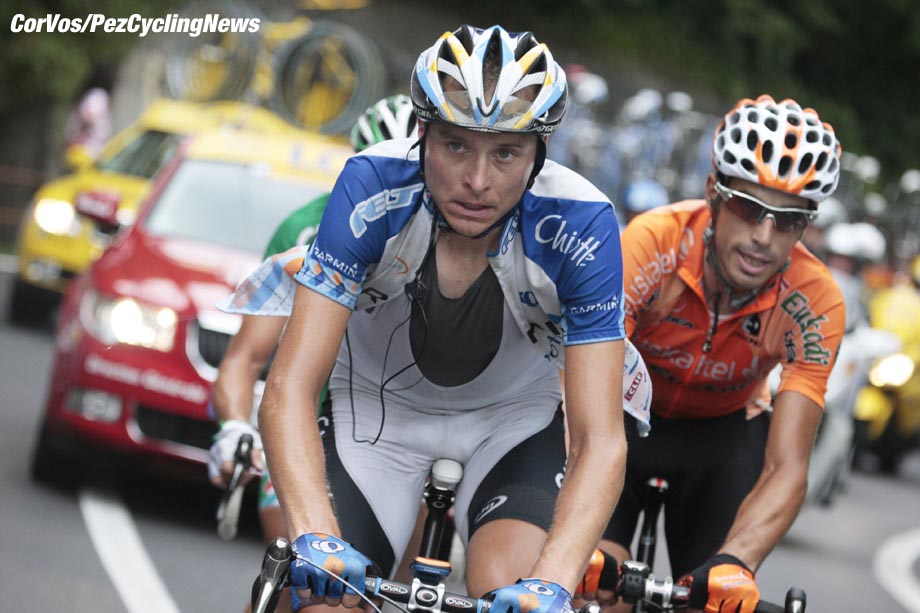 “I have been on teams which won team time trials in the grand tours, but I never won a grand tour stage. But, so what? I almost won a couple of grand tour stages. I got second in the Giro once but it didn’t really matter. You know, my life really would not probably be that different if I had won that day. It really doesn’t matter.”

What is Pate hoping to accomplish at Rally Cycling? “Hopefully, I can bring some of my experience and knowledge and also to help the other riders and help the team. And then there is kind of a search for the rider that I used to be earlier in my career where I raced the races instead of just doing teamwork, doing just a job in the ranks. Only doing a job.

“Checking in and checking out during certain parts of the race. That’s what I was paid for. That’s a very important position for some teams. Now I have to think more about the actual race itself. Race the race instead of managing the race for other people.” 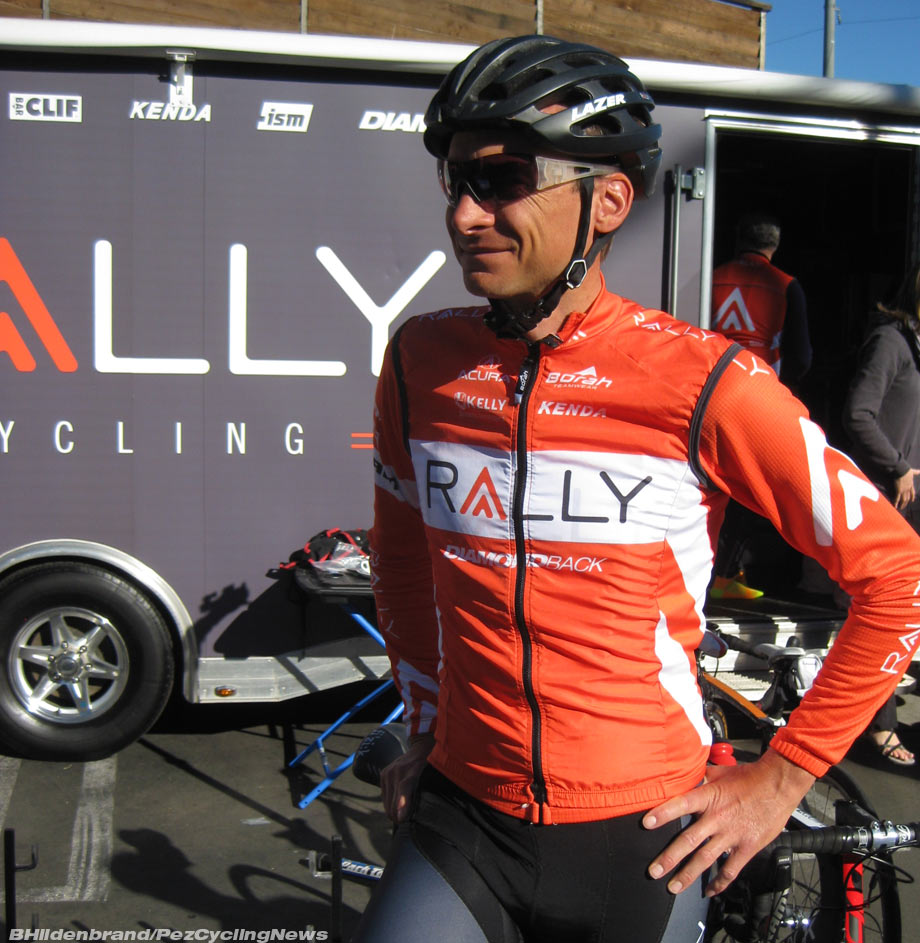 Can he be a mentor and leader on his new team? “It is something that I am trying to take on. It doesn’t really come totally first nature for me to do, but it is important and being one of the senior members of the team, there are other guys who can do it and do do some of it, but it is an important role for me to be constructive with what I am doing and what I am saying with these guys.”

But, part of finding his old self means having some personal goals as well. “I would love to win the US PRO Championships road race. Almost any race I could, really. I just want to be able to race bikes again,” said Pate.

Thanks to Danny for talking with us, and we’ll be watching his season.