Dario’s Diario: Back From Paris-Nice

PEZ Fave Dario Cioni suffered a nasty crash at Paris-Nice that took him out early, but his recovery was fast, and allowed a little time to train with some young team mates, catch up on his gardening, and even help some young mtb racers off to a fast start.

March 2008
I can just describe this month as very difficult and not at all rewarding.
As if all the discussion going around was not enough, with much stress for all the riders we get to Paris and get ready to race. This is our job, what we do best and what we are paid for. I had done good training and felt very well so was quite confident. We try the prologue course and it was very nice, I liked it, and wanted to do well.

As I start warming up on the rollers it starts raining and I understand it will not be possible to get a good result, since they riders before me had gone on the dry and I was on the wet, in this makes a big difference in the turns. There was one I was riding 50Kmh in practice, and rode it 32Kmh in the Prologue…..too bad, let’s look out for the first climbs on stage 3. 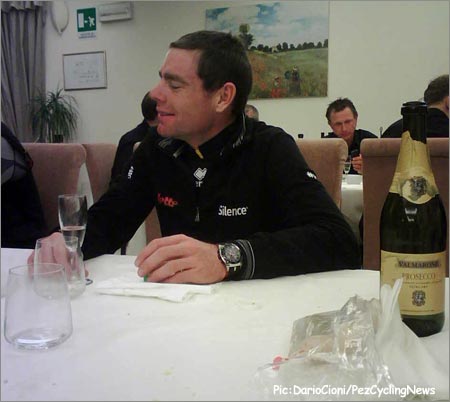 Well I never got there as after getting soaking wet on stage 1 and the same on the stage 2 I also crashed out and had to retire as I had a deep cut in my mouth that required 15 stitches. I was very lucky as most of them were internal and I was taken to a specialist so now you notice nothing. Well I go home and the only good thing of those days are the wins of training partner Kjell Carlstrom and next day of team mate and leader Cadel. 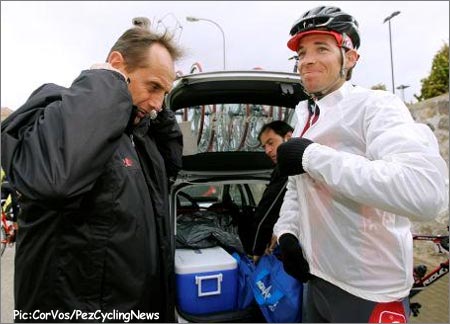 Being home early I was able to train with some of my younger team mates (Greg, Peter and Francis) during their training stage in Tuscany (they were actually staying in my village so I was able to guide them along).

The next stop was Settimana Ciclistica Internazionale were I did not feel great, due to the Paris Nice injuries and I also lost some fitness and confidence. Well I managed to crash once again but my moral was high as Cadel won a stage and then went on to win the Overall. 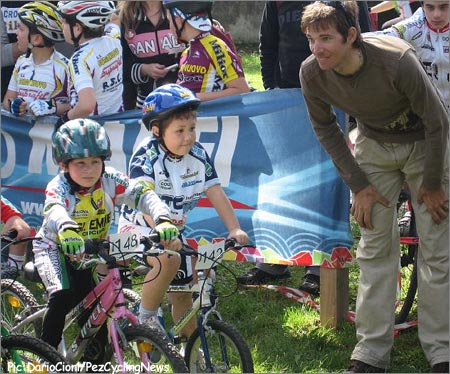 The morning after the finish of the race I was the official starter for a mtb kids race. It was great to see them riding on bikes that are often bigger than they are and it was great fun. Maybe I saw a cycling star of the future……

On the agricultural side we have started working on the olives trees. As you can see the “Favino” I put down in November has done well and now is 30cm high. 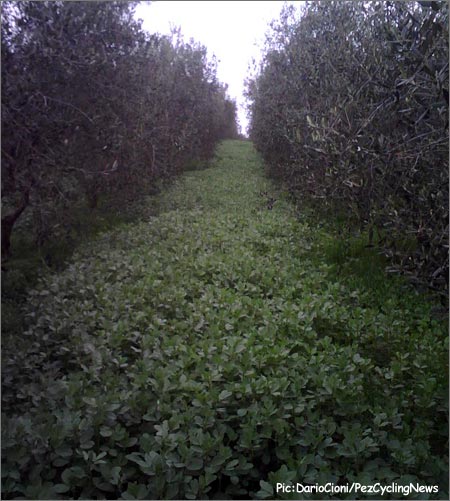 I also include 2 pictures of the same olive tree: before and after the “potatura” or trimming. 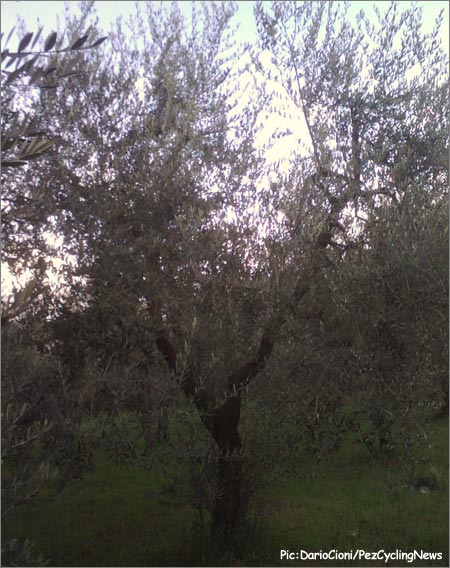 One of Dario’s olive trees before… and after… the hair cut. 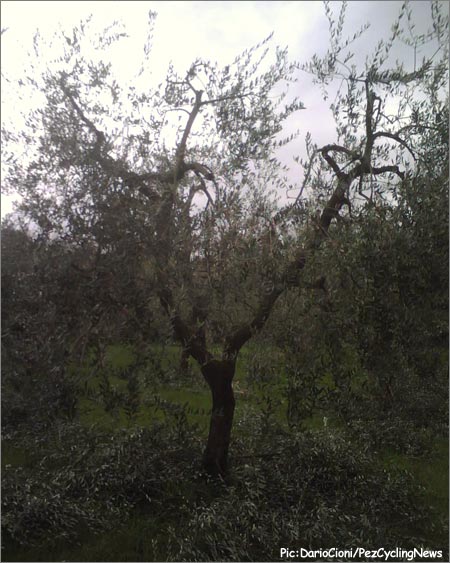 I hoped I could show you also photos of the new wines but there has been a lot of rain lately so the works have been delayed.