It’s official – Italian pro Dario Cioni has joined two new teams! Of course there’s his ProTour team – Predictor-Lotto – and today he’s joined Team PEZ as guest diarist. We got to know Dario last year and are proud to be racing the 2007 season through his eyes, ears, and legs. Today Dario gets us up to date on his winter, the early season camps, and speaking Flemish…

—–
Here we are, at the beginning of a new season. For me there have been many changes during the winter, since I have changed teams and signed a two year contract with Belgian Pro Tour Team Predictor-Lotto.

This is the first time I will race in a not Italian team, and I was a little worried at the beginning, but I am much more relaxed now. Of course, having an English mother helps me since English is the team’s official language during races (there are 4 Australians, 2 Americans, 2 Italians and one Spanish rider, the remaining are Belgian) but I have already made many friends. And I also find old friends like Cadel (Evans) and team manager Marc Sergeant. 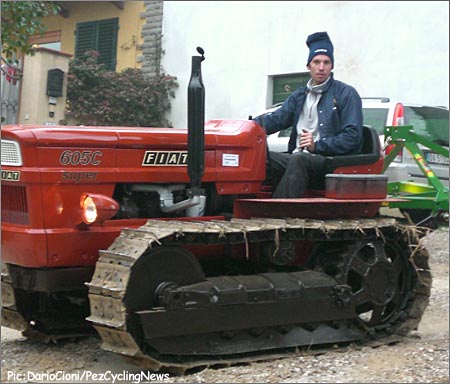 Dario indulges in a little off-season riding of a different type.

Fruits of The Winter
In November I was happy to stay at my house in Tuscany, with my wife, since I think I do enough travelling during the season, and did not wish to be on a plane again, and live out of a suite case. My main occupation was olive picking, since this is the time of the year all the work done in the olive field gets rewarded. I run a small agriculture company called “Il Poggio degli Ulivi”. It took 20 days to collect all the olives and grind them, but the results were excellent as I produced nearly 700 Liters of pure olive oil from 240 trees. In the following days we were busy bottling the olive oil, and by the time we finished, it was time to start riding again. 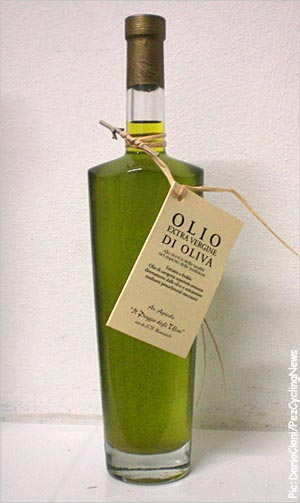 This is when I started riding my bike, a brand new carbon-fiber Ridley Noah, and I must say I have been really well impressed by the ride. I like this bike!

Around Christmas I received a parcel, with the new jersey inside, and I must say it was very exciting to try on for the first time this new jersey, even because it was the first time I could see the new colour scheme, as the main sponsor has changed from Davitamon to Predictor (both of these are Omega-Pharma brands). I had to wait a few days before I got to wear the jersey, since my contract with Liquigas expired on the 31st of December.

With the new team, I have been at two training camps, the first, one week long, in Majorca, before Christmas. The weather was not as good as expected – there was a lot of wind and many thunder storms, so we were riding trying to avoid the rain most of the time. My main goal during this training camp was to try and put together new faces with names. My room mate in this occasion was Zanini, another Italian rider I have ridden together with Mapei first and then Liquigas. In the evening before we started watching a DVD we would make a daily summary on the new names we had learned, and would try to understand which were the missing links. 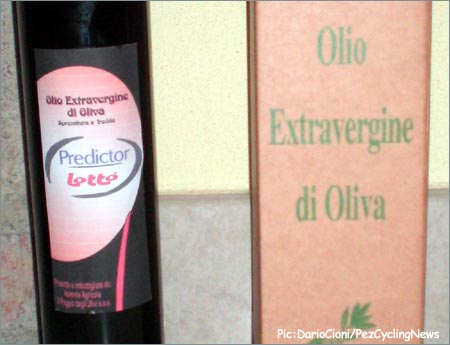 It’s not uncommon for rider’s products like coffee and olive oil to find a captive market in their teams.

The next training camp was in Portugal mid-January. I must admit I was positively impressed by this area, with very sunny and warm weather (my team mates were riding in shorts!), a low volume of traffic and good rides. One day we rode to the most western point in Europe, and next to an old stronghold, there was a hot dog stand with this sign:
“the last hot dog before the United States”. 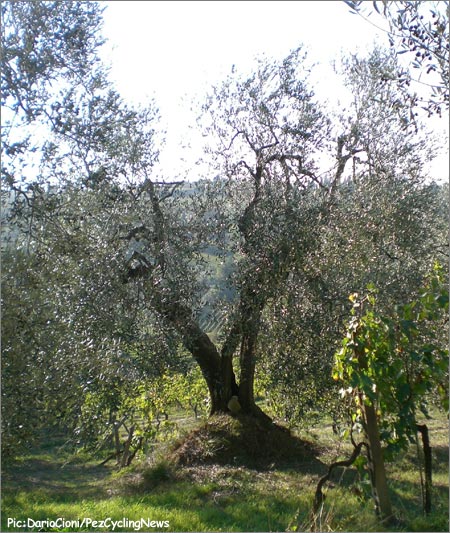 I really like the atmosphere in the team, very relaxed and the new teammates have made an effort to make the new riders feel at home. The only downside is not being able to follow the conversation in Flemish, but everyone speaks English so this will not be a problem. I will make an effort to learn a little Flemish, but the problem is they all speak their local dialect, so if you ask 5 rider how you pronounce a word, you get 5 different answers. 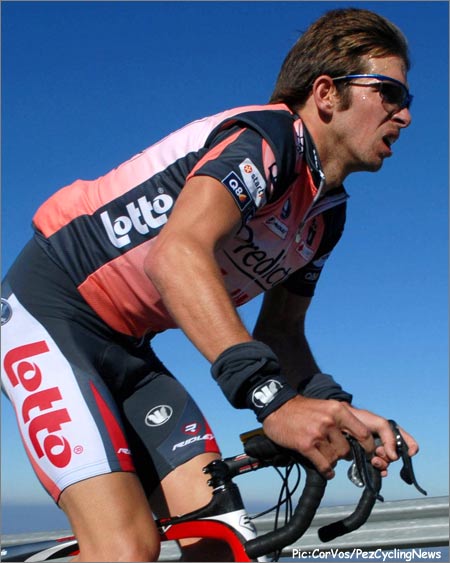 Off to a good start at the team camp in sunny Portugal.

The other most noticeable difference is during meals, when you can always find some ketchup, they use to put on the pasta. This thing is crazy for an Italian, but now I have managed to sell some of my olive oil to the team, and I can see they appreciate it, using it more and more often. For me, this is nice, because tasting it I will feel at home even when I am far away.

This is all for now, see you soon….ciao!

Stay tuned as Dario keeps us ‘in da mix’ all season with reports from: