On the eve of the biggest day of Dario’s teammate, Cadel Evans’ career, Ed Hood caught up with our man Dario Sunday evening for a few words after the first real day in the mountains. As always, Dario gives us that special inside look we all crave. Read on!

PEZ: How’s the form, Dario?
Dario: Aaaahh, ok, I had hoped for maybe a little bit better. Today and yesterday have been very tough stages. Yesterday was a real Tour stage, “а bloc” all the way and today, with the break going early and getting so much time, we were chasing all day. I didn’t think today was a great stage. 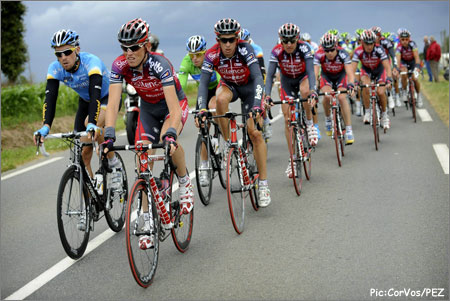 Dario has spent a lot of time on the front of the race in ten stages…11 more to go.

PEZ: Cadel crashed today.
Dario: Yes we got a big fright, especially because the whole team is built around him! But for now it all looks good with him. It was a big ‘bang’ but he’s confident he’ll be up to the job tomorrow.

PEZ: Are management happy so far?
Dario: Yes, the team is doing what it has been asked to do and we have Cadel in a good position. We have a little advantage over Menchov, we see him as perhaps the biggest threat. We hope to build that advantage, maybe not in the Pyrenees now, after the crash yesterday, but certainly in the Alps. 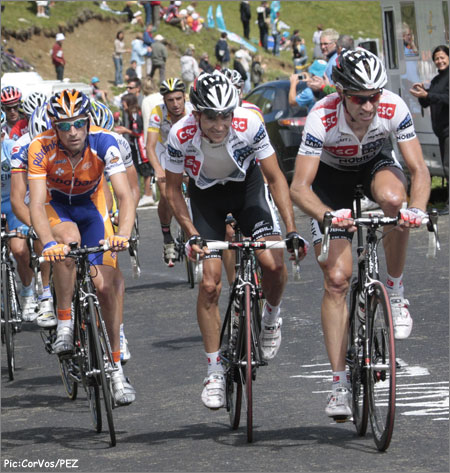 Dario sees Denis Menchov as a danger man…he probably is a bit weary of the CSC multi-pronged pitchfork as well now.

PEZ: Danger men?
Dario: Menchov is very consistent and now Ricco has to be considered, he’s still two-and-a-half minutes down, but he’s certainly riding very strongly in the mountains and has to be watched. All the other favourites are still there; Valverde, the Schlecks, Sastre. Really, we’ve only lost Moreau – he wasn’t a podium contender, but he’s always a pace setter on the early mountain stages. 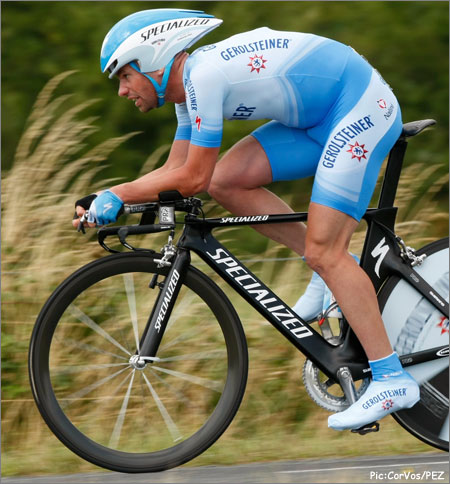 ‘…one of the best days of his career.’

PEZ: Schumacher’s TT win – surprising?
Dario: Yes, we knew he could a good short chrono, but I think that ride saw him on one of the best days of his career. 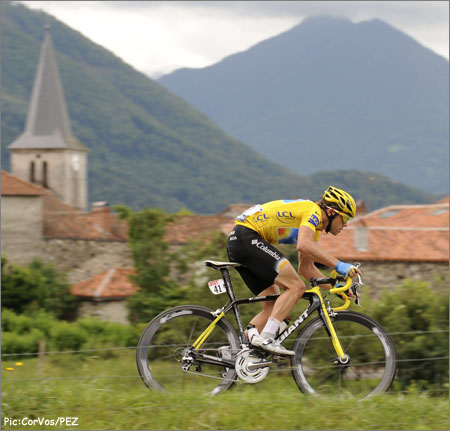 PEZ: Kirchen?
Dario: I know him well, we rode together at Fassa Bortolo; he’s very talented but prone to having ‘off’ days now and then. We don’t see him as a final podium contender, but he has a good chance of the points jersey, I think. 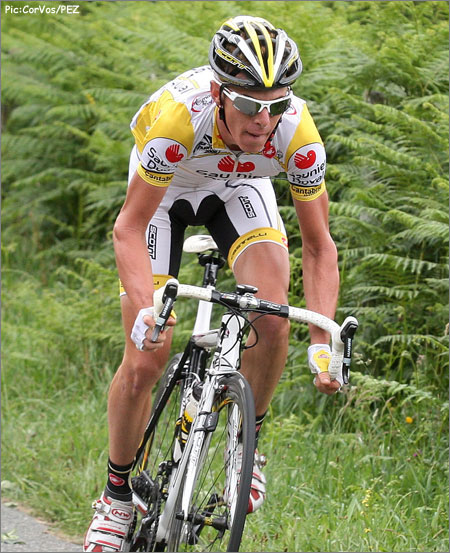 Two stages already…how many more can he grab?

PEZ: Ricco?
Dario: I thought that it was a big gamble for him to ride the Tour after he rode so hard in the Giro. But it’s paid off for him; two stage wins already! Again, I don’t think he’ll be a final podium contender because of his weakness against the watch, but I certainly think he can win the mountains jersey. 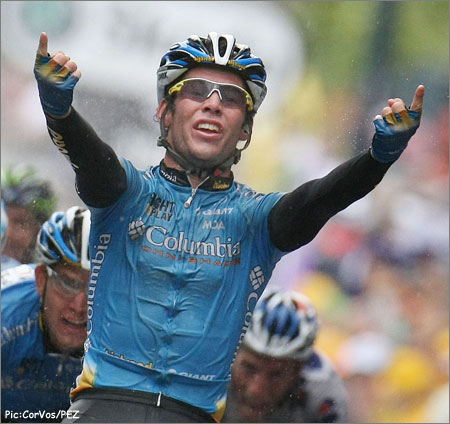 The same: two stages already, how many more can he grab?

PEZ: Cavendish?
Dario: Very impressive, but he’s been like that all year, so he’s no longer a surprise – he’s probably the best sprinter around now. He’s also able to go from further out than he used to, that’s a sign that his strength and confidence are growing. 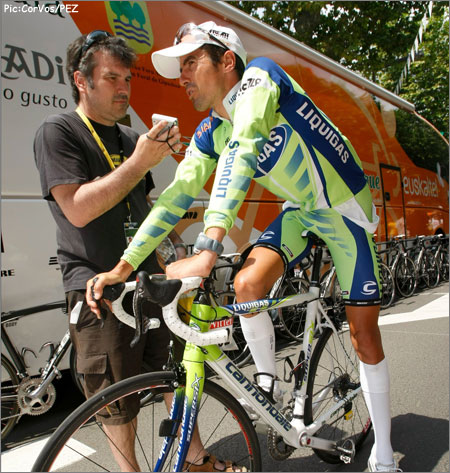 PEZ: Beltran?
Dario: A real negative surprise; we thought that everyone understood that things have changed and you just can’t get away with it any more. Let’s hope it’s the last incident like that in this Tour.

PEZ: Greg Lemond was quoted in the UK press as saying that all the UCI should do is issue licences.
Dario: That’s a personal opinion of his, the riders realise that we need the UCI and ASO working together. I think that the riders need to go between the UCI and ASO and help resolve the differences between them. 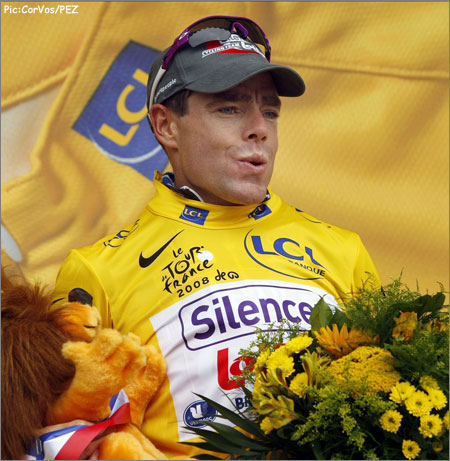 Oh, and in other news…Cadel Evans is in YELLOW!

PEZ: Is there much difference between an ASO officiated Tour and a UCI one?
Dario: The ASO is doing a good job, except for the commisaring, there are problems with that. The judges come from the French Cycling Federation and whilst they may be good with a 100 rider amateur field where there are ten team cars, it’s not the same with a 200 man pro field; 20 team cars and all the media motorbikes and cars.

Apart from that it’s not a lot different.