Dario’s Diario: The Past Three Months

PEZ-Man Dario Cioni has been hard at work the past few months and PEZ has the low down on Silence-Lotto’s Italian motor. Tune in, kick back, and check out the multi-faceted life of Signor Cioni, as he recovers from his Paris-Nice crash and steadily builds to the high point of the season: Le Tour.

Dario takes us back first to the month of April and his comeback after his crash at Paris-Nice at the end of March:

Here I am back at it again. For me this has not been an easy month since, after the crash in Paris Nice, I have never found my confidence and power back. It feels like I have a never-ending cold and sore throat that is not allowing me to perform as well as I would like to. This does not mean I have not been racing…it just means it is harder to race for me and I always get dropped, even if I have a good day every now and then, but not often. As you can well guess, I have not gotten any good results. The team, on the other hand, has done well at the races I have been at, and I have dedicated my time looking after Cadel and trying to stay with him as long as possible. Cadel has done some very good rides, finishing 2nd Overall in Pais Vasco and 2nd in Fleche Wallonne. He would have won the 5th stage in Pais Vasco if a Spanish kamikaze rider had not decided to knock him down in the last turn with 200 meters to go, when he had a few meters lead. 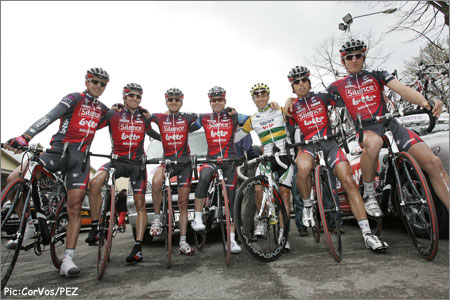 Dario wasn’t at his best, but he still made an impact at the races.

I also raced Liege Bastogne Liege. Even if my race ended at the second feed zone, after 190Km, I worked hard on the front of the peloton with three other riders for 130km. I was the rider with the least condition from our team in Liege, and it was my job to do so.

I must say I was very happy when I got home after Liege, because that was the end of the first part of my season. The season had started out very well. I felt very good in training and confident going in to Paris Nice, but after the dismal ending there, I never found my self again and was always having health problems. 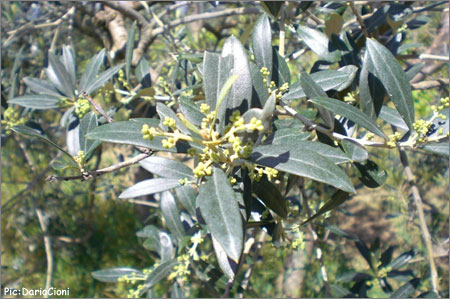 When it came time for a much needed rest, it wasn’t all rest and relaxation. He has olives and grapes to tend to.

With this situation we decided to make a drastic move, take one complete week of rest, get rid of the cold and hope things would improve quickly. I think taking the break was the right move, as you cannot get rid of a cold riding for 6 hours in 5-6*C in pouring rain in Pais Vasco or Fleche Wallonne. 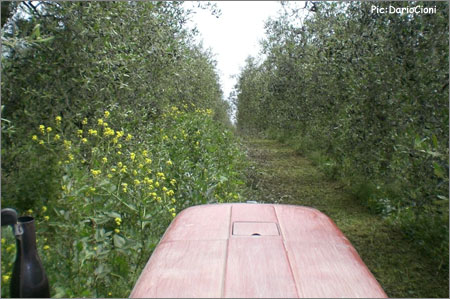 This also meant I had free time and I was able to look after my olive trees and new wines.

I must say things look very good for this season with the olives, lets hope it keeps up.

Right now I am back training with a very strong motivation and a huge objective: go to the Tour and help Cadel to win it…

Dario now catches us up to the present…

Here I am back to racing.

After Liege, I managed to have a short break, 1 week long, and I used this time to get healthy again. After a few days I started to feel better and once I was back on the bike, the legs felt better and finally I was able to start training well again. With the Tour fast approaching, I must get faster and faster. 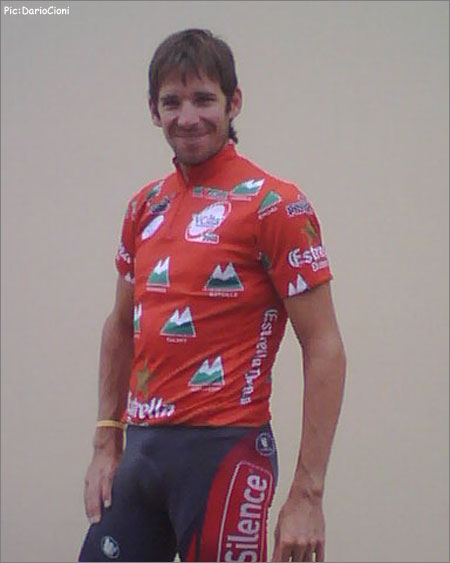 I have also done one race, the Vuelta Catalunya, in Spain. The race was a bit different than normal, since there were no up hill finishes, and the hard stages were early in the race.

After a not so great prologue, I managed to catch, or I might say, I made the day’s break, with 3 other riders. We went over 3 KoMs and I won two of them, so I knew I would have the KoM jersey at the end of the stage. After this I tried working out how to try and win the stage, but the peloton spoiled my plan, and we were caught with 5Km to go. Too bad. Unluckily, the only way to keep the jersey was to get in the next day’s break but I did not manage to do this. 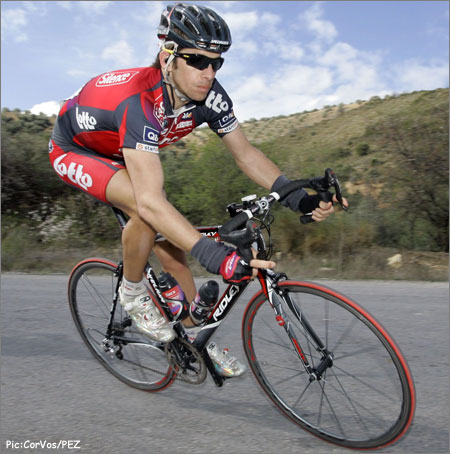 The following stages were very fast on rolling courses so by the end of the stage race I had done a lot of rhythm.

Once the race was over, I was a bit tired and took a few easy days with low intensity training. This gave me a chance to watch some Giro stages on TV and I must say I was very happy with Jurgen’s performance. I had been training a lot with him during the first part of the season, since he lives in my village, and I thought he could do well in the GC, but he ended up doing extremely well, finishing 7th. 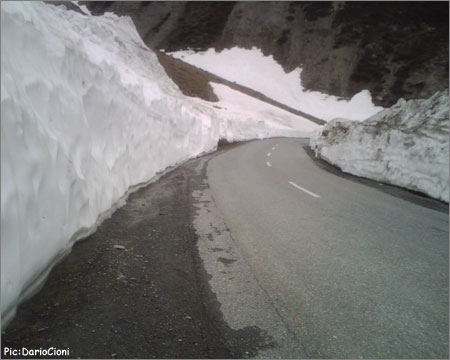 Dario has been hard at work at the high elevations around the Stelvio of late.

I am sorry for Lloydy, with his nice Aussie National Champion’s jersey, who had been riding extremely well before the start of the Giro, but then had some problems with a knee, and was not able to perform as well as expected. In addition, Robbie did not have much luck and could only get close to a stage win, even if I think he would have won the stage in San Vincenzo if he had not been blocked on the barriers. 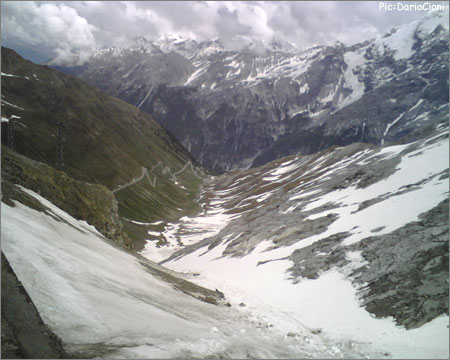 Yeah, that’s not such a difficult view to behold.

Now I am writing from a very cold and high place, as I am in the middle of an altitude training camp at the Passo dello Stelvio, but I will tell you more about this in my next diary. For now I show you a few shots………… 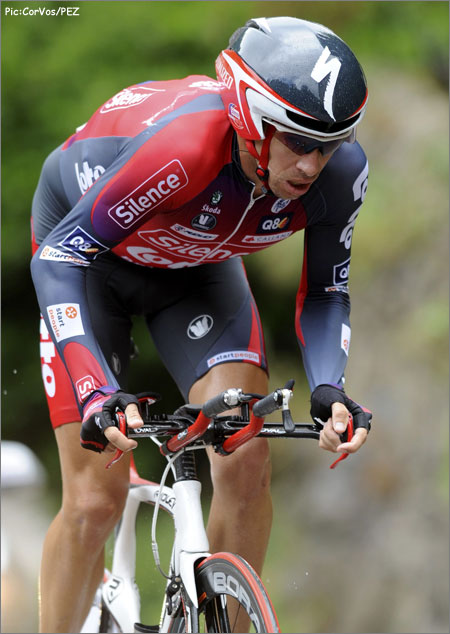 Dario came down off the mountain for the Dauphine – he’s currently doing a damn fine job keeping Cadel close to the overall lead with the critical two mountain stages to come!

Shimano Dura-Ace 2009: PEZ Gets Hands On