Dario’s Diario: What Happens When You Go Home?

After his stage two ‘chute,’ Dario Cioni is out of the Paris-Nice picture for 2008. So what happens next, does the team just forget about him? And on the premise; ‘that it’s never too early to talk about LE TOUR,’ we talk TOUR, so have a Sunday read!

PEZ: How are the injuries, Dario?
Dario: I’m much better, my mouth is still a little tender but I did two-and-a-half hours yesterday and four hours today.

I’m losing race days, but not training days, at this time of the season you cannot afford time off the bike. 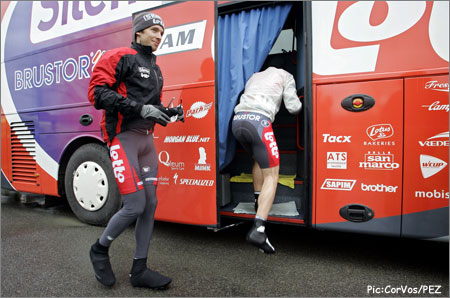 PEZ: It must be hard watching it on TV?
Dario: Yes, I wanted to be there, especially yesterday with Cadel and Popo doing such a good job.

PEZ: Do you still keep in touch with the team, even after you have crashed out?
Dario: Oh yes, it’s much easier these days with MMS, SMS and email.

Management have rung me every day to see how I am doing, they need to know how you are, if you are on the bike, so as they can make selections for the next races.

Also, I have spoken to most of the team on the cellular over the last few days.

PEZ: Gesink, comments?
Dario: He looks very consistent but he must watch Nocentini and Rebellin – however, he’s no longer a ‘revelation,’ he’s a rider you must watch as a possible GC winner in races. 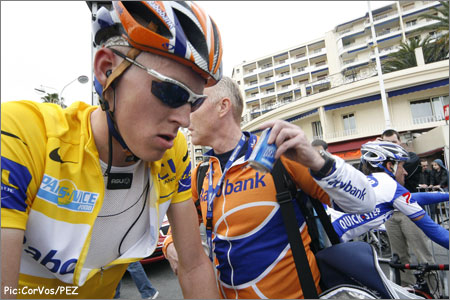 PEZ: Who’s going to win?
Dario: It’s hard to say, Rabobank had a hard day today (Friday) but Sunday should suit Gesink, however tomorrow Nocentini and Rebellin will go on the attack; the race is still tight and like I said the other day, Paris-Nice is never won until the last day.

PEZ: Popo is in good shape.
Dario: Yes, perhaps not to win, but I think he could profit from Nocentini and Rebellin’s attacks on Gesink. 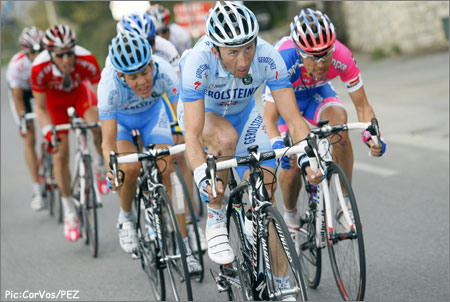 PEZ: Who rooms with Cadel?
Dario: On Paris-Nice, Matt Lloyd (Aussie elite road champ) but on the Ruota del Sol, it was me.

He’s a good room mate, sometimes quiet and sometimes chatty, but to tell you the truth, you don’t get a lot of opportunity to talk to your room mate.

Your massages will be at different time, you have dinner to eat and before you realise, it’s bed time.

It’s on the team bus on the way to and from races that you get the most chance just to ‘hang out,’ and maybe rest days on the big tours.

PEZ: This is the best we’ve seen Cadel at this time of year.
Dario: He was going well last year at this time; it’s just that his stage win focuses people’s attention on him.

PEZ: Is he talking about the Tour, already?
Dario: Now and then, you must understand that the Tour is our main aim for the year so sure, you talk about this stage or that stage.

The build up for the Tour doesn’t start two weeks before the race, it has already started! 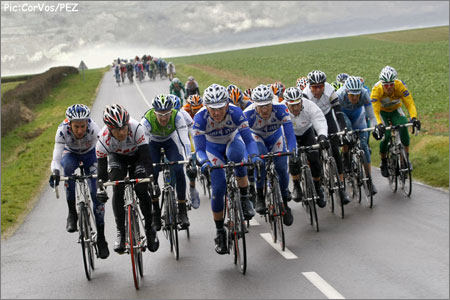 PEZ: Has management given any indication of the team make up?
Dario: It’s too early for that, and a lot can happen but it will be based on the team from last year.

We have to find a rider to replace Chris Horner (now with Astana) and decide who will be there to support Robbie (McEwen) but it will be riders who Cadel has trust in, that is the most important thing.

PEZ: Do the 2008 Tour parcours suit Cadel?
Dario: Yes, he’s happy and confident about the route.

PEZ: Total change of subject – Cipollini in the Primavera?
Dario: For me it’s extraordinary – if he gets to ride, that is – but he proved in California that his comeback was real, not just a publicity stunt.

His last season (before his comeback with Rock Racing, this year) we were both on the Liquigas team, but we were on different race schedules, so I didn’t get to know him that well, there are a lot of riders in the peloton and it’s impossible to make friends with all of them.

The Primavera would probably be his last big race and it would be a great way for him to end his career.