One good thing to come out of the washed-out British Madison championship at Meadowbank track, Edinburgh back in August was that there was plenty of time for PEZ to talk to one of Britain’s best roadmen, Dean Downing. The 32 year-old from Rotherham had originally intended to kill two birds with one stone; ride the champs and show his fiancee the sights of Edinburgh. The way it worked out, his fiancee had a wedding dress fitting and the race was rained-off.

Never mind, he got to talk to us instead.

PEZ: How many seasons have you been racing now, Dean?

Dean: I rode my first race on the track at the Cleveland Grand Prix, when I was eight. I’ve raced every year since. There have been a few seasons when I’ve not been ‘full-on’, but I’ve always raced, even when I was at university studying for my degree in construction management. 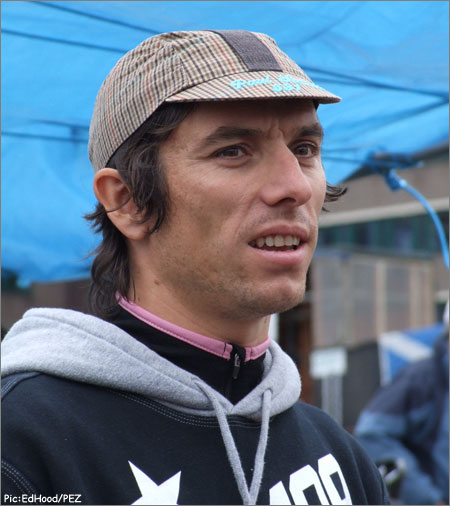 PEZ: It’s been a good season for you.

Dean: My best, I think. I had a great start to the season, I won two stages in the Bikeline two-day, the Tour of the Reservoirs, a stage at Girvan, the Yorkshire champs, a kermesse near Ghent and the Lincoln Grand Prix – that was my best win, ever. I think my success this year has been down to being happy, with my team, my sponsors and in my personal life. I’ve had a couple of crashes in the last couple of weeks, but it’s like that, isn’t it? Early in the season the form was good, the luck all went my way; it just fell into place.

PEZ: There was a lot of comment about you coming home to ride a domestic programme for 2007.

Dean: I’ve spent a lot of time on the continent; I was with Kingsnorth (English registered, but Belgian-based, amateur team) in 2000, and then spent three seasons with John Saey, learning my trade, hanging-on to big Guy Smet’s back wheel!

In 2003, Russell and I beat three WCPP (British programme for the best riders – World Class Performance Plan) teams to win the madison championships. As a result we talked to the guys from the ‘plan’ and they agreed to take us on. I had signed a contract with the Life Repair team for 2004, but the company went bust and the team fell through. So, in 2004 we rode for Recycling (basically, the WCPP). It was a good opportunity and we got some good results; I got the silver medal in the scratch race at Sydney world cup and we were fourth in the madison at the Moscow world cup. 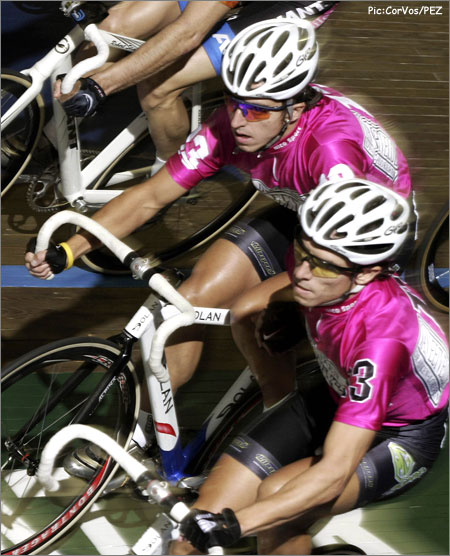 Dean with his brother Russell on the track in Gent in 2004.

For 2005 we set-out our expectations for the season, but we didn’t get the results we, or the Plan wanted, so that was that. Last year, I got the chance to go abroad again, this time with DFL. The programme looked good but it didn’t work out well, we didn’t ride the races we were supposed to. And it was difficult to be back living with nine other guys in the team house in Belgium, that’s OK when you’re 20.

I was away for eight months in 2006, which wasn’t the best, I got engaged in 2004 and whilst my fiancee accepts that I’m a pro and that’s part of the deal, it wasn’t an ideal arrangement.

I had shaken hands on a deal for 2007 with DFL in October 2006. I intended to commute to the continent, spending blocks of time abroad. But two weeks after we’d done the deal, Nick Collins, ‘for reasons he couldn’t go-into’ said there was no place for me on the squad in 2007. I wanted to stay full-time on the bike and exploit my full potential, so I was really pleased, when Rapha came along with an offer which enabled me to do that.

The way I look at it, is that you commit to things, if you are a pro then it’s full-time. If I was working part-time then I would be as well working full-time and making good money. I’d met Guy Andrews from Rapha at a training camp a year-or-two ago and we’d kept in touch; they had sponsored a team on a limited scale in 2006 and wanted a Premier Calendar squad for 2007. We talked back and forward and agreed to a deal. 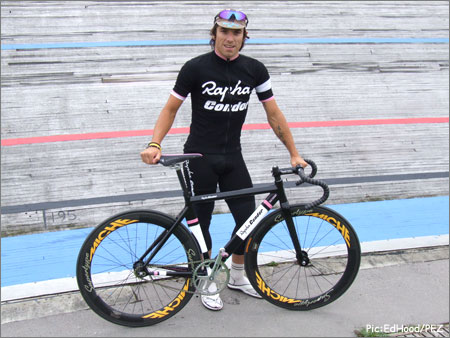 PEZ: Rapha and Condor must be happy with how the season has gone?

Dean: We’ve exceeded their best expectations. The UK racing scene is competitive now; I think that the televised racing on Eurosport has helped tremendously. I was riding the nocturne at Smithfield and couldn’t believe the amount of Rapha kit that was being worn by spectators; the company has found its niche in the market.

Grant Young of Condor is very happy too, his dad, Monty was at the Lincoln when I won it and said that it was one of the best races he’d ever seen. The talk is of a ten rider UCI-registered team for next season, with six road riders and four criterium riders with maybe three or four trips abroad. There’s no ‘pie in the sky’ with the team, everything they have said in terms of clothing, bikes, race programme and contract has come to pass; they are very ethical guys.

PEZ: Were you tempted to join Russell this season in seeking your fortune in the US?

Dean: Not this season, because my life has changed, with getting engaged, but I was in negotiations with Toyota United to go out there in 2005. It didn’t happen because they brought in an age restriction rule. Russell’s still having a hassle sorting out his visa. It’s as if the US embassy in London are making an example of him.’

PEZ: And the rest of the season?

Dean: I’ve got three criteriums and three day in France. I’m in talks with the squad for 2008 and I’m already looking forward to the new season with a stronger team.