Rider Interview: A young pro gets his big WorldTour break and what happens? COVID-19 comes along and…. you know the rest. Ian Garrison, US TT champion, had big plans for 2020 with Deceuninck – Quick-Step, Ed Hood spoke to Ian from his home in Atlanta, Georgia. 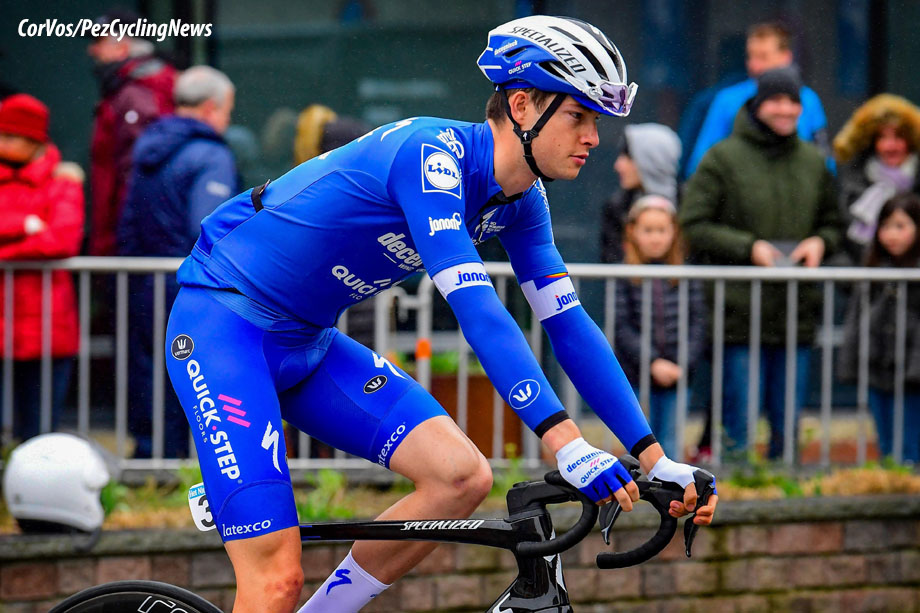 In the overall scheme of things in these Strange Days, bike racing is well down the scale, that’s taken as read. But imagine that you’ve just realized your dream and signed with the world’s number one team, performed well on your debut and are looking forward to the next part of your season once your training camp in sunny Greece ends. Instead you have to get home to the US as quickly as possible to avoid being ‘locked down’ in Europe.

That’s the situation Deceuninck – Quick-Step’s 2020 signing, US Elite Time Trial Champion, Ian Garrison found himself in just a few days ago. The 21 year-old from Georgia first came on the radar in 2016 with second spot in the US junior time trial Nationals behind Brandon McNulty, who’s now with UAE. There was also a stage win in Canada’s Tour de l’Abitibi – ‘the junior Tour de France.’ And a bronze medal at the Worlds in the junior TT behind aforementioned McNulty and silver medallist Dane, Mikkel Bjerg who has gone on to win a remarkable three u23 TT Worlds and is also now with UAE. 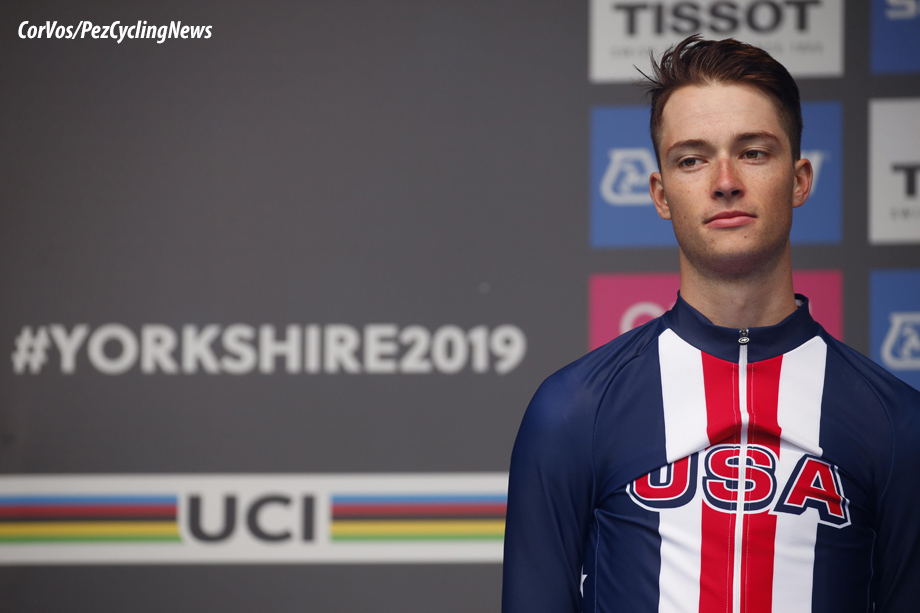 Season 2017 saw Garrison with Axeon-Hagens Berman for whom he took a stage in Canada’s Tour de Beauce and finish second in the u23 Gent-Wevelgem behind Britain’s Jacob Hennessy. Still with Axel Merckx’s development team for 2018, Hagens Berman-Axeon he produced strong stage placings and fourth on GC in the highly rated Triptyque des Monts et Chateaux u23 stage race in Belgium. 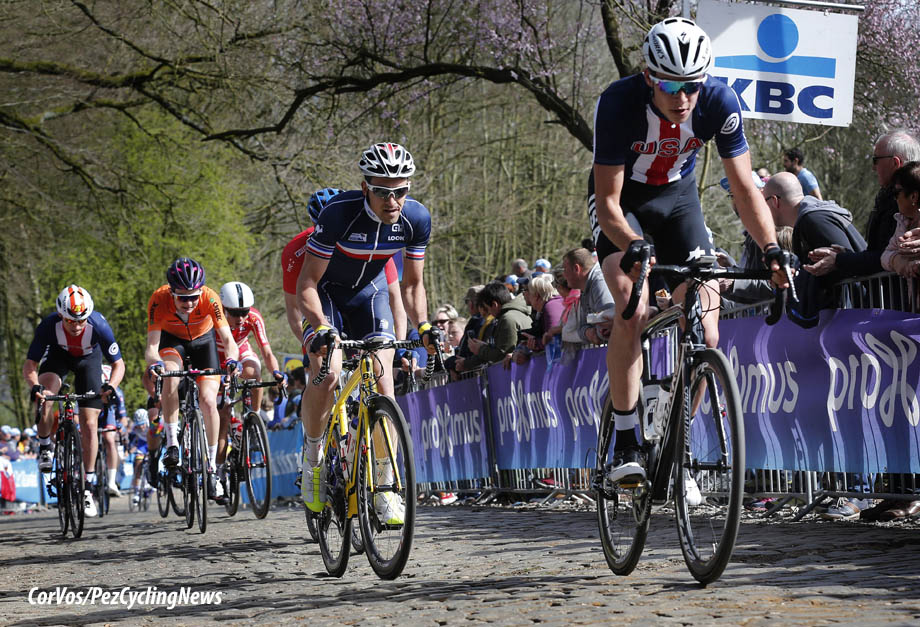 U23 UCI Nation’s Cup in Kattekoers

He won the prologue in the Tour Alsace and ‘enjoyed’ a late season burst of northern racing with the Primus Classic, GP Jef Scherens, Tour de l’Eurometropole and GP Isbergues all on the agenda.
In his third season with Hagens Berman-Axeon he moved up to second on GC behind Bjerg in the Tryptyque, took his double US TT championships and finished in the silver medal position behind Bjerg in the Worlds u23 TT. 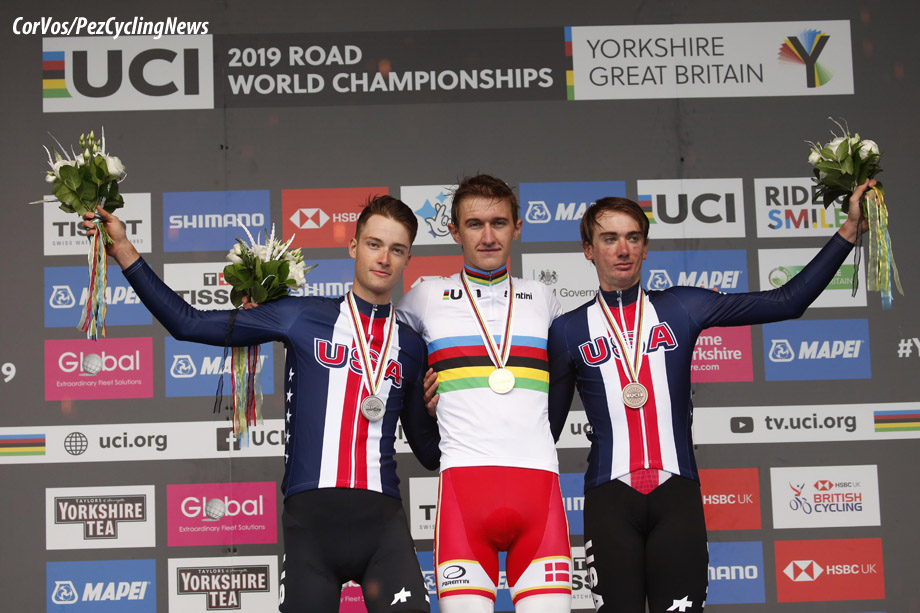 PEZ caught up with him at his home in Atlanta, Georgia; his ‘home’ during the season being Gerona in Catalonia.

PEZ: How did your ride with Axel Merckx’s Axeon Hagens Berman team come about, Ian?
Ian Garrison: After I turned 18 I was looking for a team and Axel’s organization is kinda the dream team if you’re a u23 racer. I’d won a stage in l’Abitibi and there was a rider on the team from Georgia on the team, Phil O’Donnell who put a word in for me so a lot of it was down to contacts. I spoke to Axel on the phone in August and he agreed to take me on the team. I haven’t spoken to him for a little while but we text each other and keep in touch. 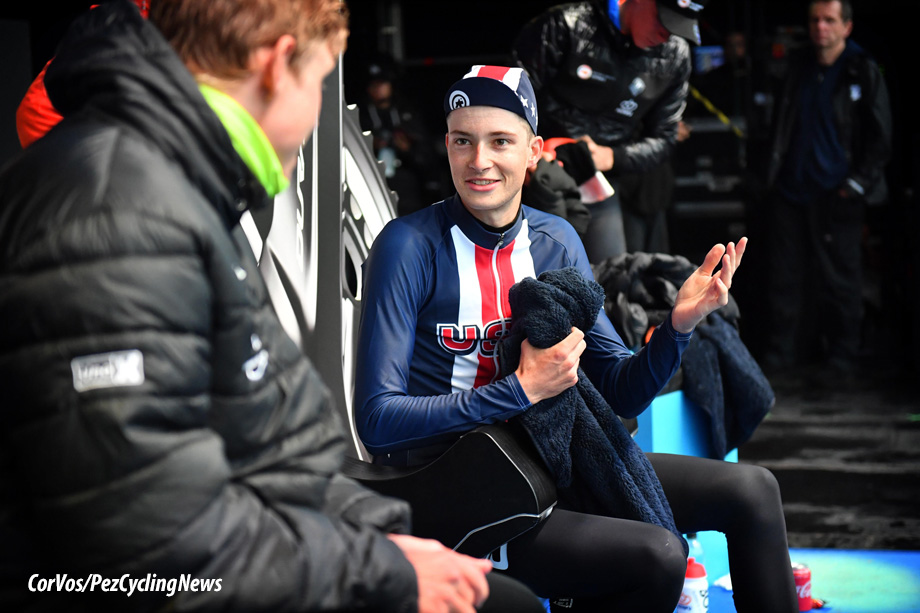 In the Worlds ‘Hot Seat’

PEZ: That was one wild day you chose to win your Worlds u23 TT silver in Yorkshire.
Yeah, it was a different day for sure! I was off early so I missed the flooding but there were certainly some big puddles around. 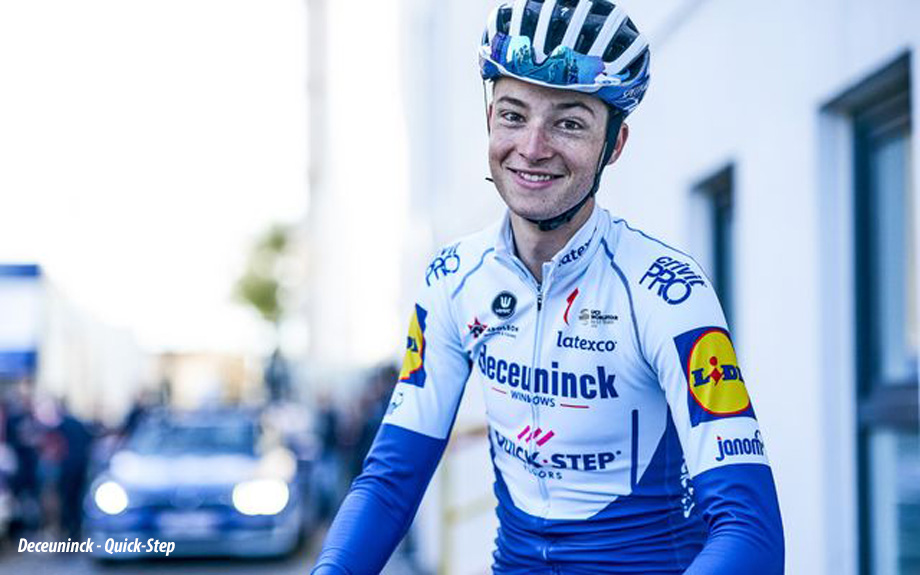 PEZ: You got your season off to a great start with third place on Stage Four of la Provence.
Yes, I was happy with that, it was my first race with the team and I went into it with no expectations. I was lucky with my breakaway partners, they were all committed, we all realized we had a good chance of success; it was one of the most cohesive breakaways I’ve ever been in.

PEZ: Then you rode the Faun Ardeche Classic and Royal Bernard Drome in France – tough roads and grim weather.
Hard roads for sure, both are up and down all day – climbers races and the wet weather didn’t help.

PEZ: What would you program have been had not Corona come along?
I was on a training camp in Greece and after that I had two semi-classics in Belgium, Danilith Nokere Koerse and Bredan Koksijde Classic, the Tour of Catalunya, Tour of Turkey, Tour of Romandie, the Dauphine then home to the US for the Nationals. 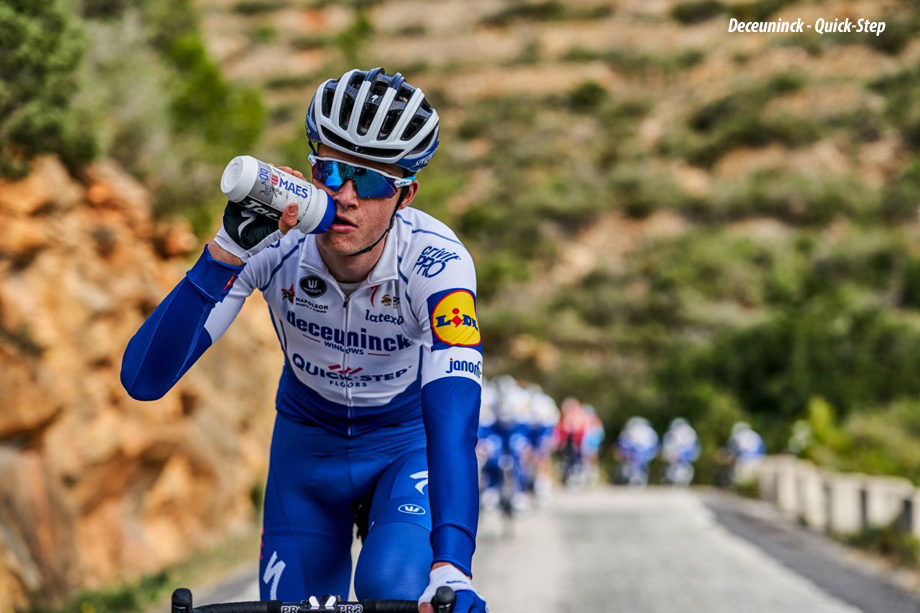 PEZ: How did you get home from the Deceuninck training camp in Greece with the world going mad around you?
I spoke to team back and forth but the thing was it all escalated do fast; the team got me on a flight from Athens to London then on to Atlanta. Whilst I was very disappointed at how things went it was a relief to get home safe to my mother and brother in Atlanta.

PEZ: Are you locked down yet or can you still get out on the bike?
I can still get out, it classes as ‘recreational activity’ – I do drills, tempo riding and chase Strava king of the mountains. Atlanta is a bit of a sprawl do it takes a while to get out of town and on to good roads – but they’re quieter than normal so riding is OK. 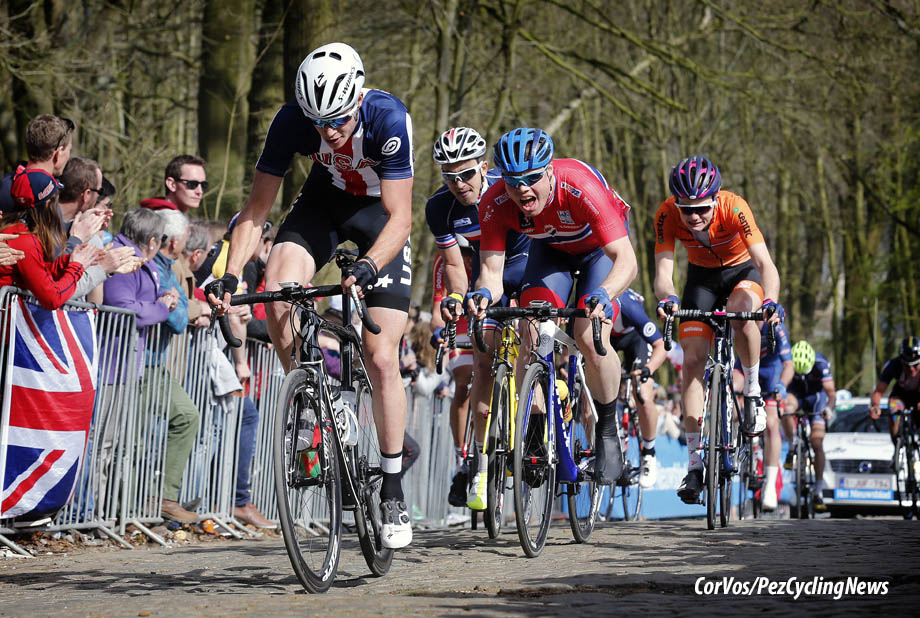 On the Belgian cobbles

PEZ How are you keeping your head positive?
Honestly, I’m just grateful that I’m still able to ride my bike and that I’m healthy and my family is healthy. If you were stuck inside it would be very easy to slip into a downward spiral.

PEZ: We were talking to Wilfried Peeters the other day and he said that the team has set up WhatsApp groups so DS’s can speak to their guys?
Yes, my DS is Rik Van Slycke, who was pro ‘back in the day,’ winning Nokere Koerse and riding the Tour de France in the Lemond era, I was browsing an old cycling magazine the other day and saw his name. But it’s not just Rik who’s in touch, all the DS’s and riders keep in contact. 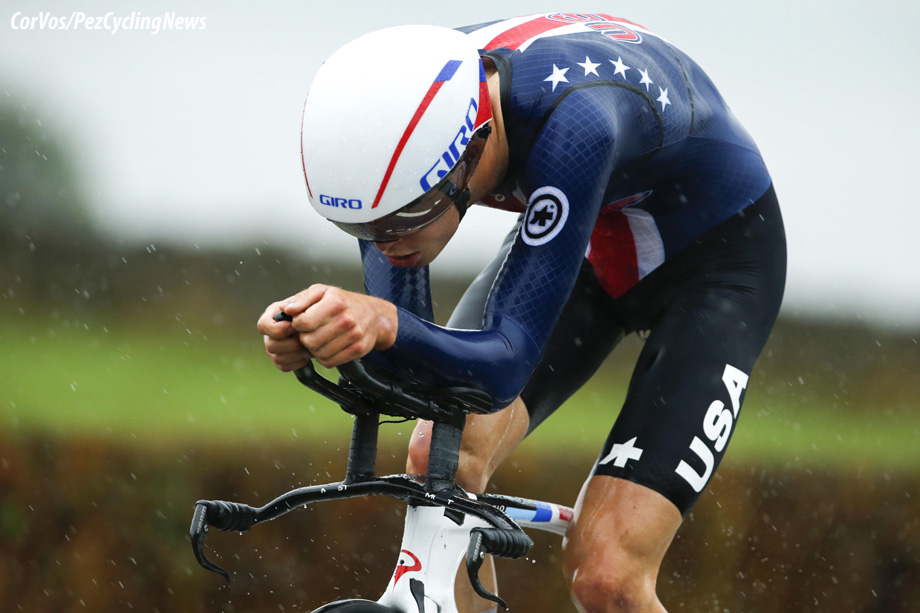 PEZ: Your brother, Michael is pretty handy too – he won Abitibi last year.
Yes, he’s with Hagens Berman Neon, this year. It’s tough for him, he’s super-motivated after putting a lot of work through the winter; but we’re staying positive and we have each other to train with.

PEZ: What are you looking forward to most when things get back to some semblance of normality?
Just racing and learning; I learned so much in those first few races and I look forward to a full race program.

# We’ll second that last statement, with thanks to Ian and Phil Lowe at Deceuninck Quickstep for organizing the interview. # 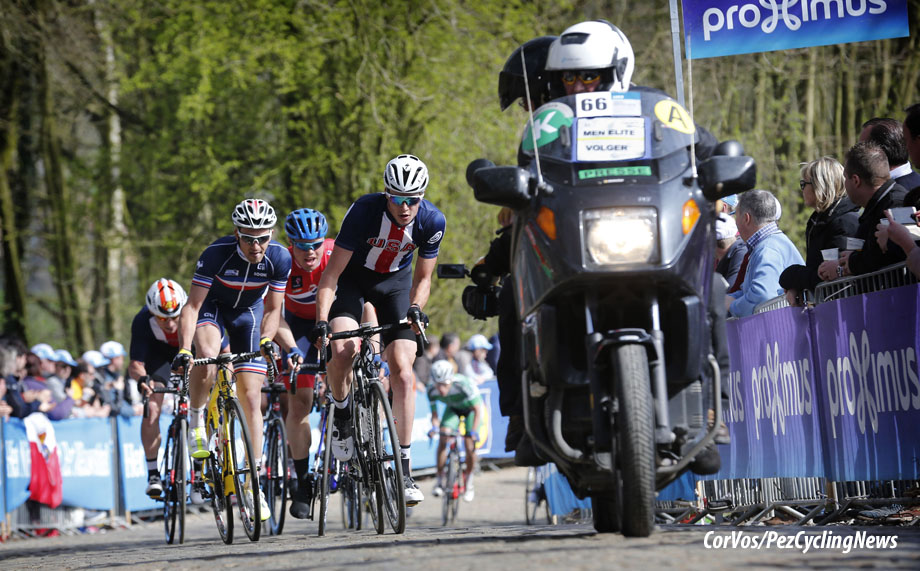