Earlier this year, PEZ spoke with ex-pro Chann McRae about his role as director of the VMG/Felt under-23s, part of the Slipstream stable. We talked development, training, and how one day the young riders might get to enjoy gelati at the Giro – just like McRae did in his day.

One of the big American names in Europe in the late 1990s, Chann McRae retired from racing at the end of 2003 after several successful seasons at the highest level, including stints with Mapei-Quick Step and US Postal. But he stayed close to the sport in a coaching capacity and 2007 found him in the role of director sportif for the VMG under-23 racing team. This year, VMG merged with Slipstream’s juniors to form the VMG/Felt U23 Team and McRae continued in the director’s role – and also with the responsibility of looking after the US side of Slipstream itself.

PEZ spoke to McRae recently, and wanted to know more about how the team came about and functions, who to watch alongside junior world time trial champion Taylor Phinney and three-time national US junior road champ Daniel Summerhill, and his role in guiding young riders to the next level.

McRae raced extensively in Europe, in a bunch of races big and small, with top twenty finishes in the Giro and Vuelta, two top ten placings at the World Champs, and finally victory at the US PRO championship. So it seemed like a good opportunity to hear a couple of old racing stories as well. 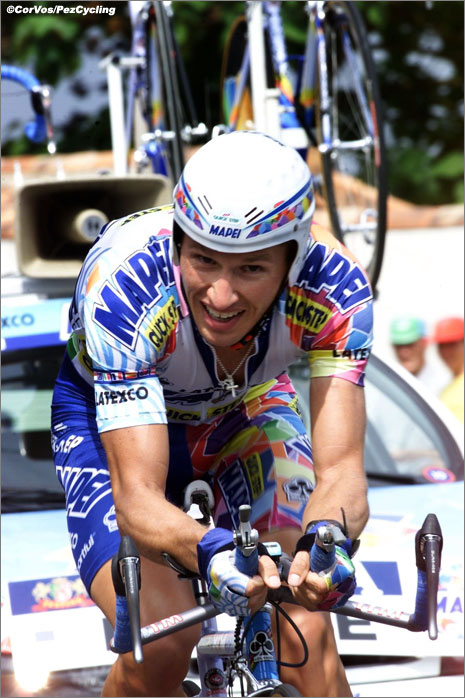 McRae: It’s the feeder team into the Slipstream pro team. That’s our goal, and it also gives a lot of education for the younger guys, having training camps with the pro team and so on. As well, we sent a mixed team to race in the Bahamas at the start of the year – under 23 and pro riders.

The young guys got a lot out of that because they have riders like Christian Vande Velde teaching them, ‘eat this, eat that’, ‘train a little bit more’; they’re role models to the younger guys.

PEZ: It’s obviously a good system. Are there more options like this today for young riders coming up than when you were trying to move into the pro ranks?

McRae: There’s far more options. This is a direct system. When they’re ready, they’ll get a pro contract. But, it’s not enough just to do well in the US – they have to perform in Europe, against the best Europeans at a world level. Then we’ll see how they’re going and if they’re ready to go pro.

PEZ: So one thing still hasn’t changed: the riders still have to perform just like they’ve always had to?

McRae: Yeah, you still have to fight. But if you fight well, you will get rewarded. Back in my day, you would fight, fight, fight, but were still working the phone trying to get into, say, eight different pro teams.

PEZ: So now, if you ride well, you will get noticed?

PEZ: You’ve got a lot of experience in the pro peloton from your riding days. Is it satisfying to be able to share that experience with the younger riders?

McRae: My favourite part of working with the under-23s is the teaching. I’m the director, but I’m also a teacher. If I can tell them what people didn’t tell me when I was younger, we can speed up the process. Plus there’s the methodology that I learned in my career that I can pass down.

PEZ: Are there any particular aspects that you like to focus on?

McRae: We’ve learned a lot with some of the results we’ve seen this year already with the team. It’s a long season, but during the winter they’re not doing high volume and are working in the gym. They start the new year stronger, and come into the training camp not at 100% but a little lower, but can then start building up.

Some guys don’t do enough strength work or core work over the winter. They start the season fast, but then it doesn’t work out for them. We see a lot of that.

PEZ: So smarter training is the key?

McRae: Yes. Some riders end the season too early, in September, which I think is a mistake. There’s time to race in September, such as racing in the Vuelta, then time to work on weight training and not get back on the bike too early.

In my day we used to race a lot, all through the season, and if you’re going well then that’s okay. There’s no reason, even today, not to do 70 days of racing in a season. 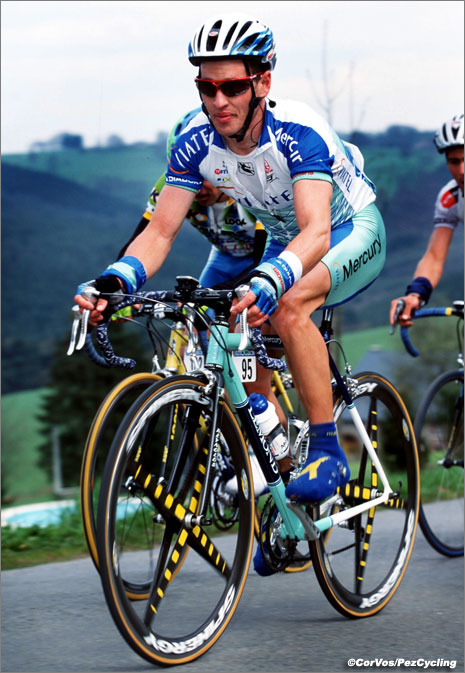 PEZ: Cycling is going through a tough phase at the moment, at least in the mainstream media – although the crowds at races seem to be as supportive as ever. Is there a morale issues amongst the young riders; do they feel that maybe cycling is not a sport with a good future?

McRae: I can only speak for Slipstream, about what we’re doing, and our anti-doping programme, for example. Our young riders are super motivated and they haven’t seen many of those problems out there. They know about it, but they’ll never have to experience anything like that. I don’t think they ever second guess themselves as to the sport they picked.

PEZ: And what about the structure that Jonathan [Vaughters] has put together for Slipstream?

McRae: That’s one of the main reasons I signed on, because of the whole movement JV is putting forward. It’s new and fresh and it’s motivating for me, too. Every day you wake up and you enjoy what you’re doing.

PEZ: Did Jonathan initially approach you when you were at VMG – how did the whole merger come about?

McRae: We had some conversations back in August. VMG was a minor sponsor of Slipstream anyway, and now it’s a much larger sponsor. We talked about a feeder team, and going forward thought it was the thing to do to develop some of the best under 23s in the country. 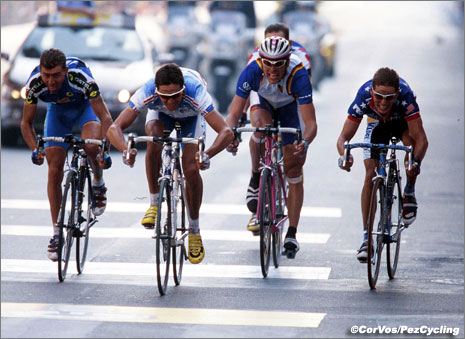 PEZ: You’ve got Taylor Phinney and Daniel Summerhill in the team, who are well known. Who else should we be looking out for?

McRae: They’re all good; they’re all going to shine. Certain names pop up in the media more than others. All of them will get their opportunity. We had a big talent pool, and had to narrow it down to just eight riders. They could all be good pros.

PEZ: So it really is ‘watch this space’; we should be seeing these guys at the pro level in a few years?

PEZ: I wanted to talk a little about your own racing career. An interview once recorded your enthusiasm for the Spanish mountain races, but it seems like most of your success came in the multi-day tours elsewhere. What were some of your favourite races?

PEZ: The Giro and the World Championships are obviously two completely different races. How did you prepare for the different racing requirements?

McRae: For the Giro you didn’t really prepare for it. We started in March at our training camp, then we’d go from there to the small five-day Spanish races, then the Giro del Trentino and onto the Tour of Romandie – it was pretty simple. You got better in each stage race. By the time you got to the Giro you had twenty or thirty races in your legs – you were going pretty well.

After that there’d be time off, but then there would be other races to build up to the Vuelta. With the Worlds being so late, you’d have to keep up with your riding, doing your long rides. You can’t stop the Vuelta then take a week off the bike. You have to still do a few five-hour rides between the Vuelta and the Worlds. It’s easy to carry form over if you’re mentally focused, not drifting. 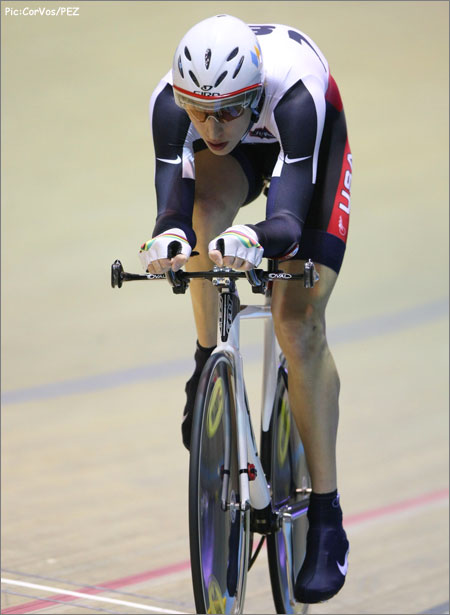 PEZ: Do you have a theory why the Giro is such a great race, and any particular memories from racing in it?

McRae: Everywhere you go in the Giro is great. There’s so much culture. The hotels and restaurants are always almost 5-star. You can live it up and just enjoy every day of it.

There are definitely hard, cold, dark days but you remember the good moments, like riding around with the Italians and everyone’s chattering and making jokes. You’re going at 28 km/h then you come to some village and there’s a stop. In ’99 we stopped and Marco Pantani was next to me eating a gelato in the peloton, and I’m thinking ‘this is kind of cool’. Then, boom, everyone takes off and you’re at 55 km/h, single file into the first climb. That’s the Giro!

PEZ would like to thank Chann for taking the time to talk with us and we will certainly be watching out for the riders on VMG/Felt, now and in the future.

PEZ Interviews: The One & Only Michael Ball!