Australian Ben Day had a secure, safe spot on one of America’s best team’s last season, but then it all came to a quick and crazy close: Toyota-United folded and some of the top racers in America were jobless. Ben Day found a home on the new, upstart Fly V Australia squad and got a chance to show off his new colors at the Tour of California. Day takes a look back at America’s biggest race.

PEZ: The ToC was the first race for the new team, how does it compare with your team, Toyota United of last year?
BD: It is hard at this stage to compare Toyota-United and the new Fly V Australia team. Toyota was already established whereas Fly V Australia is still very much in its infancy. I am enjoying being very much entrenched into the organisation of this new team and they respect my input and experience. I have been able to identify things that have worked in the past and relay them to the team so they can mould that into how they want to push the team forward. I am really excited about the direction Fly V Australia is heading. 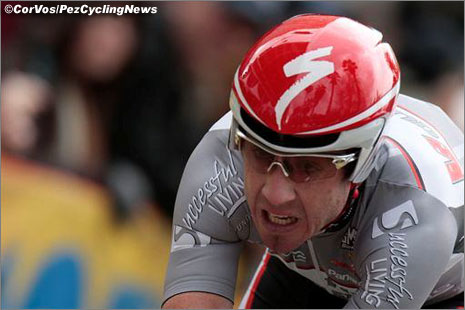 Day has found a home for the 2009 season with the strong Fly V Australia squad.

PEZ: You ended up with 3 members finishing the ToC, was it a virus that went through the team and what was it?
BD: On final count, we had 5 guys come down with a flu virus, including myself and there were also a couple of guys who had to withdraw due to injury. The first few days were raced in the worst conditions imaginable for a bike race and it made the start very hard. Combine that with buffet lines and one or two cyclists coming into the tour sick and all of a sudden there are people with viruses everywhere. Our bodies are under so much stress in this situation that our immunes systems are very low and weak, making us very susceptible to getting sick. Sure, we can always learn some lessons for the future and we certainly have. Our ambitions are lofty so we must continually learn from our mistakes. 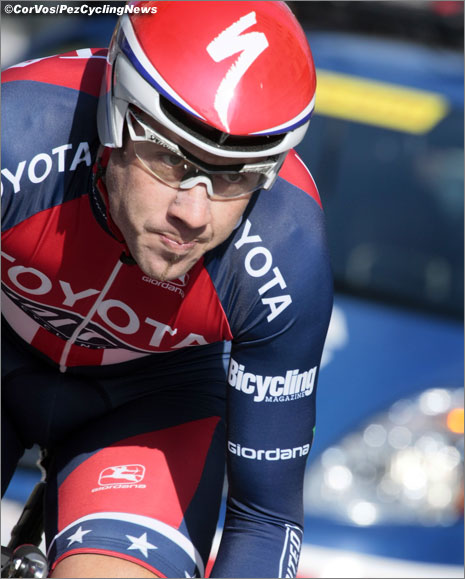 Day had been a mainstay on the Toyota-United squad.

PEZ: Bernie Sulzberger was talking about ‘ring sting’ on Facebook. Was the virus something from food or just a stomach bug?
BD: Bernie had a virus. He was the first “living” skeleton that I have ever seen with his face incredibly gaunt and he was obviously in a lot of pain. I also spent the morning vomiting but thankfully what I picked up wasn’t as bad as some of the other boys and I was able to go slow in the TT to survive the day. 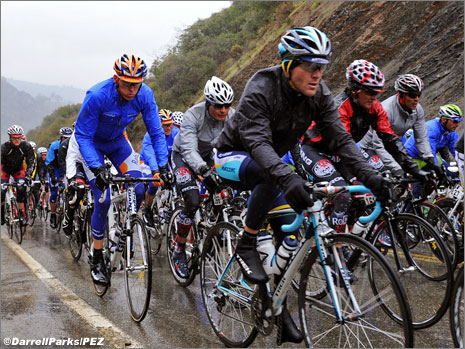 It was wet. It was miserable. Many got sick.

PEZ: How did you feel going into the Prologue and ITT? You are strong in the time trial, were you hoping for a higher placing or were you happy with the result so early in the season?
BD: The prologue was my 2nd time on a TT bike since September. Before the ITT I was throwing up all morning. Happy no, but I was also realistic. I will have my time this year.

PEZ: ToC is such a big race early in the season. Did V Australia specifically train for it or are there other goals the team is setting up for in 2009?
BD: Team Fly V Australia presented by Successful Living was only notified of it’s invitation to the AToC only a few weeks before the start of the race and therefore there were many, many hurdles that had to be overcome before rolling down the start ramp on February 14. Clothing and equipment were only finalised moments before, which was a small victory in itself. We really couldn’t have been worse prepared, but we did have everything we needed on the day. We are all quality athletes, our administration gets things done and strives for success at all levels. We will be back in the future looking for more success.

PEZ: Did the crowds surprise you?
BD: The crowds were unbelievable. There were a few moments where you would think in the rain that none should ride in these conditions, but there were people everywhere on the side of the road, at the top of the climbs and at the finish line. The Pasadena stage was something I have never experienced before. I don’t know how many people were there but that’s the most people I have seen in one space before. Goosebumps. 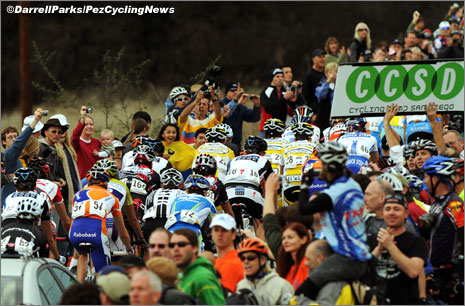 Yep, a few people showed up for the 2009 Tour of California.

PEZ: What was it like in the peloton during the race? Was it relaxed with a bit of banter or did the conditions and the harshness of the majority of the race shut people up?
BD: The first few days were definitely quiet but when the sun came out there were more happy faces. Although the quality of the racing meant that there were never more than a few words muttered. 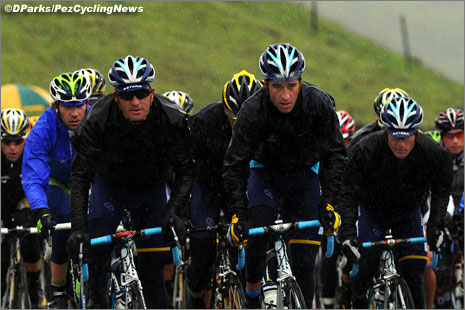 Nope, not even a mutter here.

PEZ: How did you find the pace of the peloton?
BD: That was by far the toughest Tour of California I have raced. There were a lot of the world’s best talent in good form at this race and I didn’t see anyone there who wasn’t motivated…..it was movin!

PEZ: What are you next looking forward to on the calendar?
BD: I did pretty well in San Dimas and the Redlands classic last year and I wouldn’t mind getting some results there again at the end of March. But I am still establishing my base for 2009 and as the year progresses, I will continue to improve. 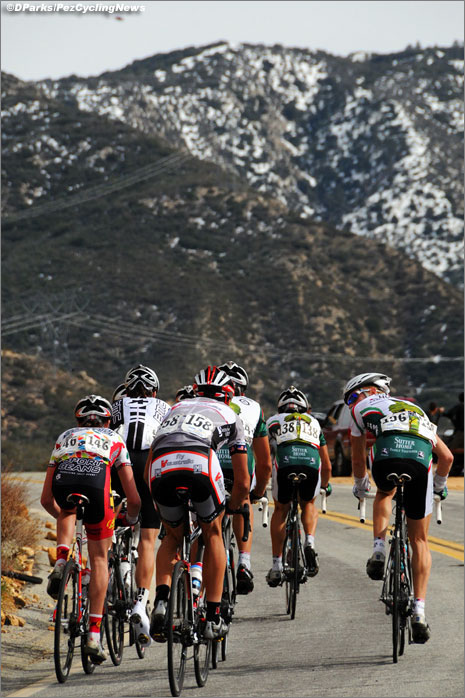 It was a hard bike race, but hey, once the weather cleared, it wasn’t so bad…right?

PEZ: Since the team is splitting its time between North America and Australia, where will home be for you?
BD: I own a house in Boulder, Colorado. Here I have my own things and I am completely relaxed. This is home for me. I am Australian though and I miss my family and friends back in my home land. 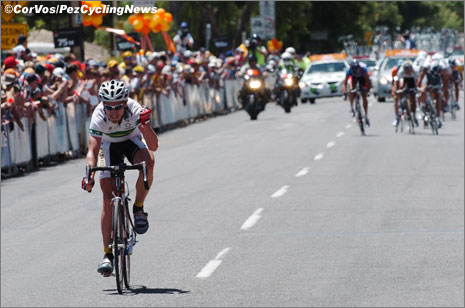 Ben Day is no stranger to winning big bike races – he has a stage at the Tour Down Under to his name. Look for more in 2009!

PEZ: Any events in the peloton during the race that stick out in your mind?
BD: Watching Cervelo Test Team bikes falling off the rooves of their cars and thinking, where is the rider that is supposed to be on that bike?!

PEZ: What was Palomar like on your legs at the end of the race?
BD: Palomar wasn’t as steep as what I had envisaged, but it certainly was long enough and it was very tough after a very tough week of racing.