The 2012 Team Garmin-Cervйlo riders gathered at the art-deco Boulder Theatre on the evening of November 17th in Boulder, Colorado to make the team’s public debut. Twenty-six of the thirty member roster mingled around a sleek rectangular bar before the on-stage presentation with guests and fans that had purchased VIP tickets. Among the young men clad in argyle sweaters or scarves, a twenty-two year-old Australian named Nathan Haas wore red, which made him easy to find in the dark…

Haas rubbed his thighs as he sat down to talk at one of the round VIP tables near the stage where in one hour the team would relax in over-stuffed living room chairs and introduce themselves to several hundred fans, sponsors, journalists and team staff and friends, some from as far away as Mexico and Spain. “A bit of delayed-onset muscle soreness,” he said. Other riders had complained that evening about their tired legs too. 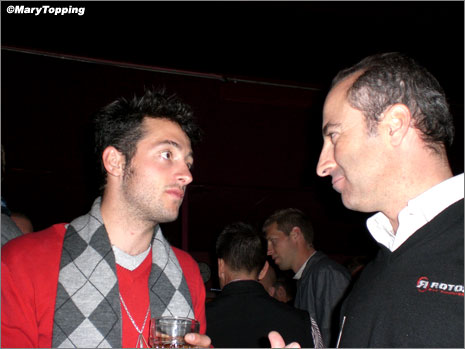 Winner of this October’s five-day Jayco Herald Sun Tour and the Japan Cup, Haas explained that the team had hiked all day Tuesday for 10 miles as part of their first training camp. They climbed Bear and South Boulder Mountains, over snow and ice, with 5,000 feet of elevation gain. New and returning riders met each other while working through challenges at stations during the hike designed to strengthen elements of team dynamics, including inter-dependency, communication, and awareness of individual and team strengths and weaknesses. The riders faced each challenge in groups of two to seven and each rider acted as leader at least once. The stations included rock climbing, a Lego puzzle, and constructing a human tent. 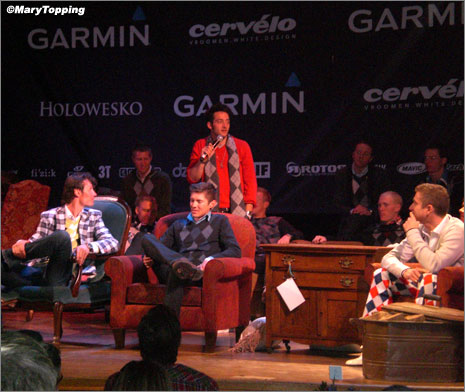 Garmin-Cervйlo style mentoring
Haas arrived a day early for this training camp, but didn’t have to wait a day to feel welcomed. Peter Stetina, one of the original members of the Slipstream Sports program since its inception in 2003, had also arrived early, and suggested they go out for a drink together. Haas and Stetina roomed together during the training camp. 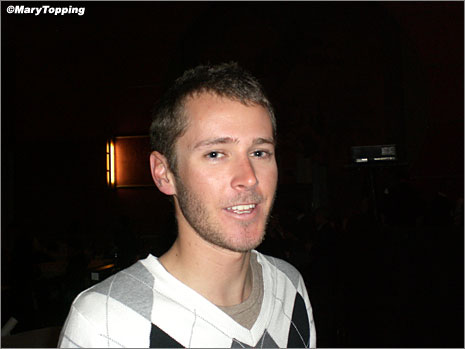 According to Haas Garmin-Cervйlo doesn’t assign formal teammate mentors to new riders during their first year on the team; but he doesn’t believe he’ll be lacking guidance. “The team really works as a team,” he said. “If there are more mature riders at bigger races, if I’m doing them, I think that’s sort of an unofficial role and I think that’s something they’re all going to take on because ultimately I’m there to help them this year. If they’re not giving me the right advice I can’t necessarily do my job as best I can. Already so far a lot of the senior riders have been very welcoming at this team. It’s a really positive team environment. I sort of expected it to come here but I never expected it to be as nice, especially during the first few days. I feel really integrated so far and it’s been really fun.” Haas is one of ten new riders the team has added for 2012. 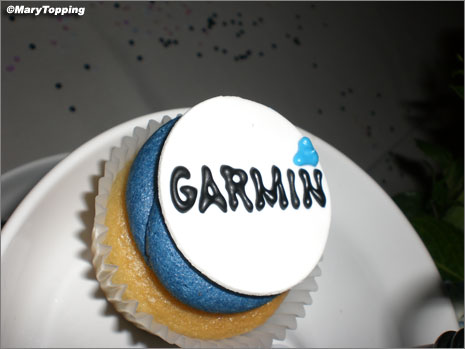 Good fit for an Australian rider
The addition of Haas brings the number of Australian riders on the team to two, just one third of the six on the 2011 roster. Five departed to ride for the new GreenEdge team, leaving Heinrich Haussler – whom Haas described as “an Australian through and through” – as the only Australian rider on the team for 2012 until Haas arrived. The recent addition of Allan Peiper, also Australian, as Director of Competition for Garmin-Cervйlo, may have helped attract Haas to this American-based team. Nathan said, “The fantastic thing is Allan’s an Australian director. There’s been a little bit of tension with all the Australian Garmin-Cervйlo riders going into the GreenEdge program. So Allan Pieper coming on board is a fantastic fit because Allan and the whole team still want to say that Garmin is a fantastic place for Australian bike riders and I’m more than happy to be part of that display of positivity.” 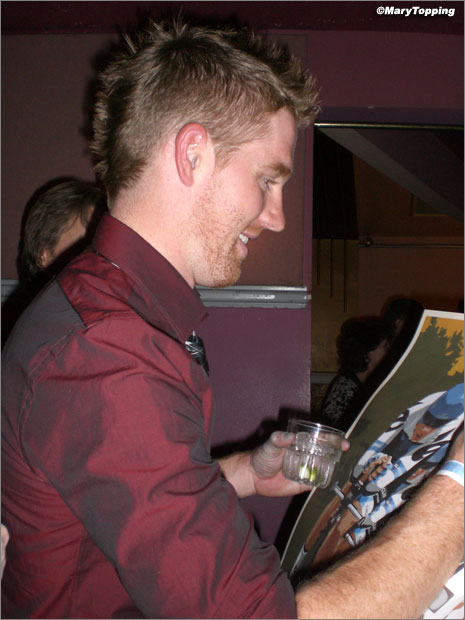 Haas will jump in the deep end in 2012 with the likes of star sprinter, Tyler Farrar.

Haas rode in 2011 for the Australian Genesys Wealth Advisors Team. Initially Allan Peiper and Garmin-Cervйlo sought out his teammate Steele Von Hoff. Haas said, “My team director in Australia was speaking to Allan Peiper about Steele because he’d been winning a lot of stages in Australian racing whereas I’d been mirroring what he’d been doing, not winning stages but winning tours. You don’t stick out as much obviously when you’re winning tours as someone who has won over twenty races in the year. But my director at the same time through these discussions was speaking to Allan about myself.” 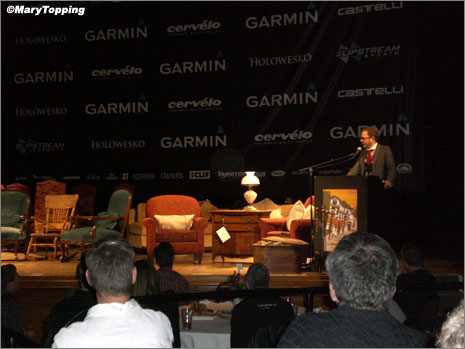 Jonathan Vaughters gets ready to introduce the 2012 Garmin-Cervelo team.

What turned Garmin’s focus to Haas? “Our biggest race for the year was the Herald Sun Tour in Australia and after the first stage I put myself into a very positive GC position,” Haas said. “From that day that was really when Allan spoke to my director about not only potentially having a spot on the Chipotle team but moving straight into the WorldTour ranks. Throughout the rest of that week I proved myself well, faring against guys like Jack Bobridge, coming out on top to actually win that tour.” His former teammate, Von Hoff, will ride on the Chipotle development squad in 2012. 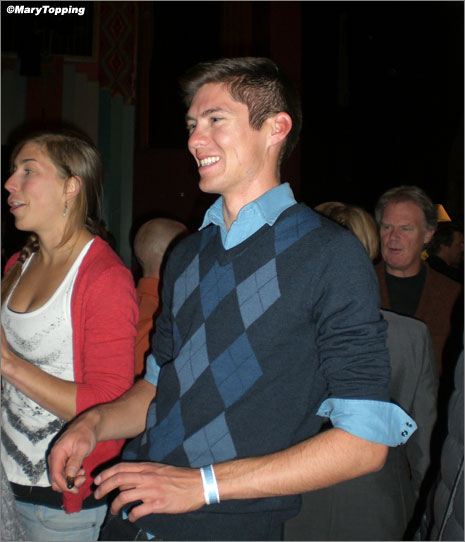 Alex Howes is another neo-pro on the 2012 Garmin-Cervelo team.

The Key To 2012
Haas has lived away from Australia before for world cup mountain biking. “In fact the home life isn’t anything that I’m going to miss at all because I love new experiences, I love living on the road and out of a suitcase.” He will most miss his old team because of their close friendships. “But this team seems like it’s going to be a very fun environment too. I think everyone shares the ideal here that if you’re having fun, if you’re enjoying what you’re doing, you tend to do well at it. That’s going to be the key to this year.” 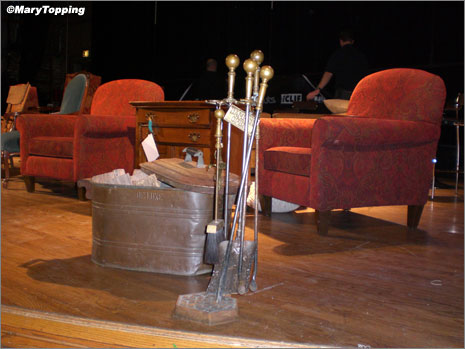 The empty stage after a great 2012 kick-off in Boulder.