Ex-Rider Interview: WorldTour professional rider turned race commentator and GCN presenter, Daniel Lloyd has been in the bike game for some time and has a few stories to tell. Ed Hood caught up with Dan to hear how it all happened. 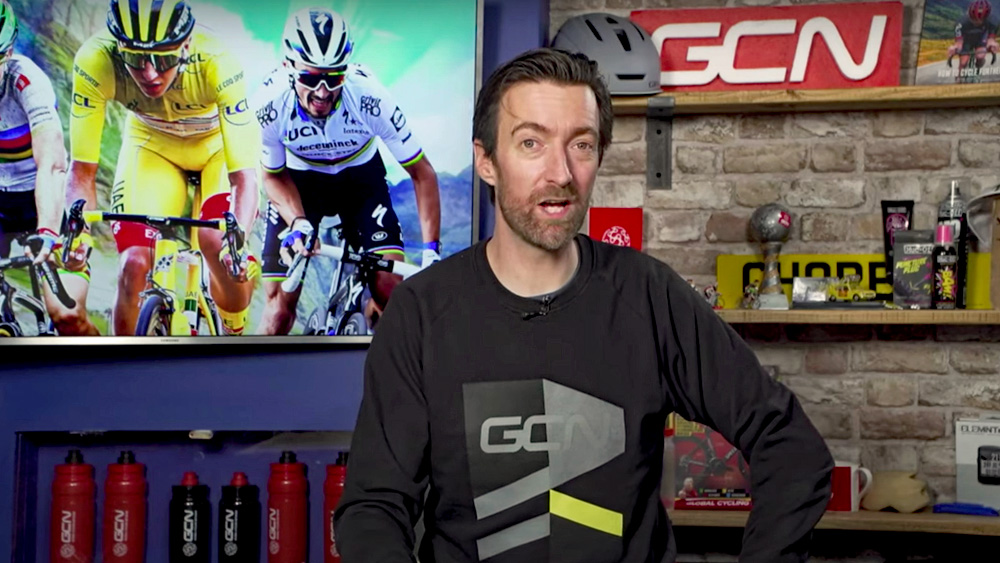 Spring 2005, a cheaper than ‘budget’ hotel on the square in De Panne; my buddy Ivan and I are sitting with Dan Lloyd, Englishman riding for the late Frans Assez’s Flanders team in the Three Days of De Panne, the ‘warm-up’ race for the Tour of Flanders. The man is ‘paying his dues’ in this Belgian low budget team but he’ll eventually work his way up to the highest levels of the sport, riding for WorldTour outfit, Garmin-Cervelo and competing in some of the world’s greatest races. But readers will perhaps know him best as one of the voices of Global Cycling Network; we felt a chat was long overdue. . . 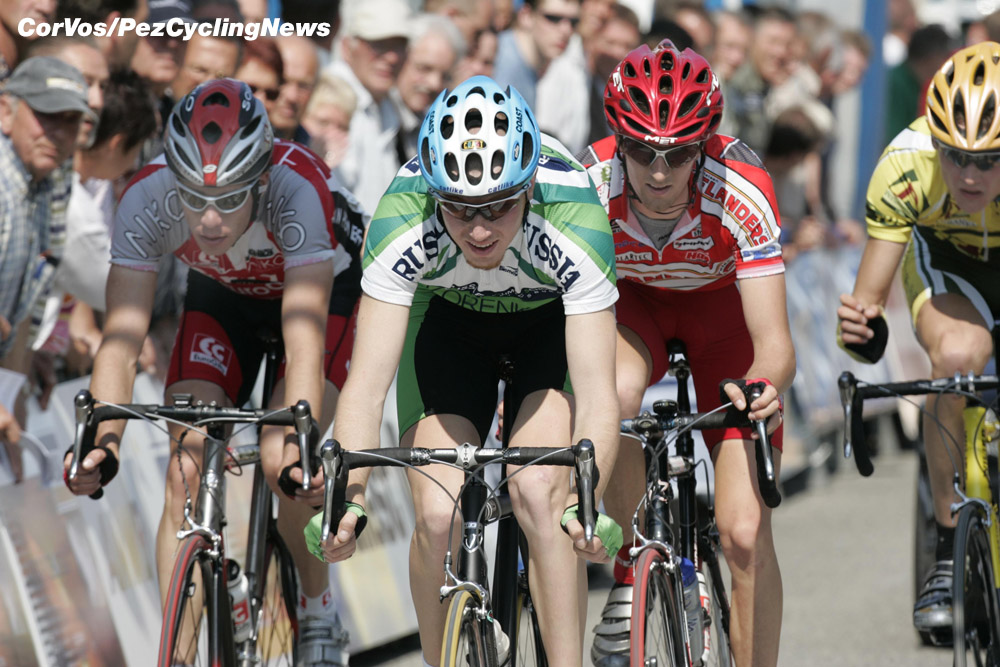 PEZ: You were a pro for a decade Dan, with Endurasport, Flanders, Giant, DFL, AN Post, Cervelo and finally Garmin – what was your most enjoyable period?
Dan Lloyd: I enjoyed my time with all the teams but AN Post was special, like a family, under the stewardship of Kurt Bogaerts. But of course, Cervelo where we rode in the worlds’ biggest races was a dream come true – just to be on the start line for Flanders was such a huge personal achievement. Then there were rides in the Tour de France and Giro; the latter was my first Grand Tour in 2009 and it was a bit of a daunting prospect, worrying about blowing up or missing the time cut. Some of the stages were monsters that year, when my team mate Carlos Sastre won Stage 16 he was in the saddle for seven hours and 11 minutes, I was in a group at 38 minutes but the big gruppetto was at 48 minutes so they were riding for eight hours. However, it was a memorable race, we won four stages; two with Carlos Sastre and one each with Simon Gerrans and Ignatas Konovalovas. 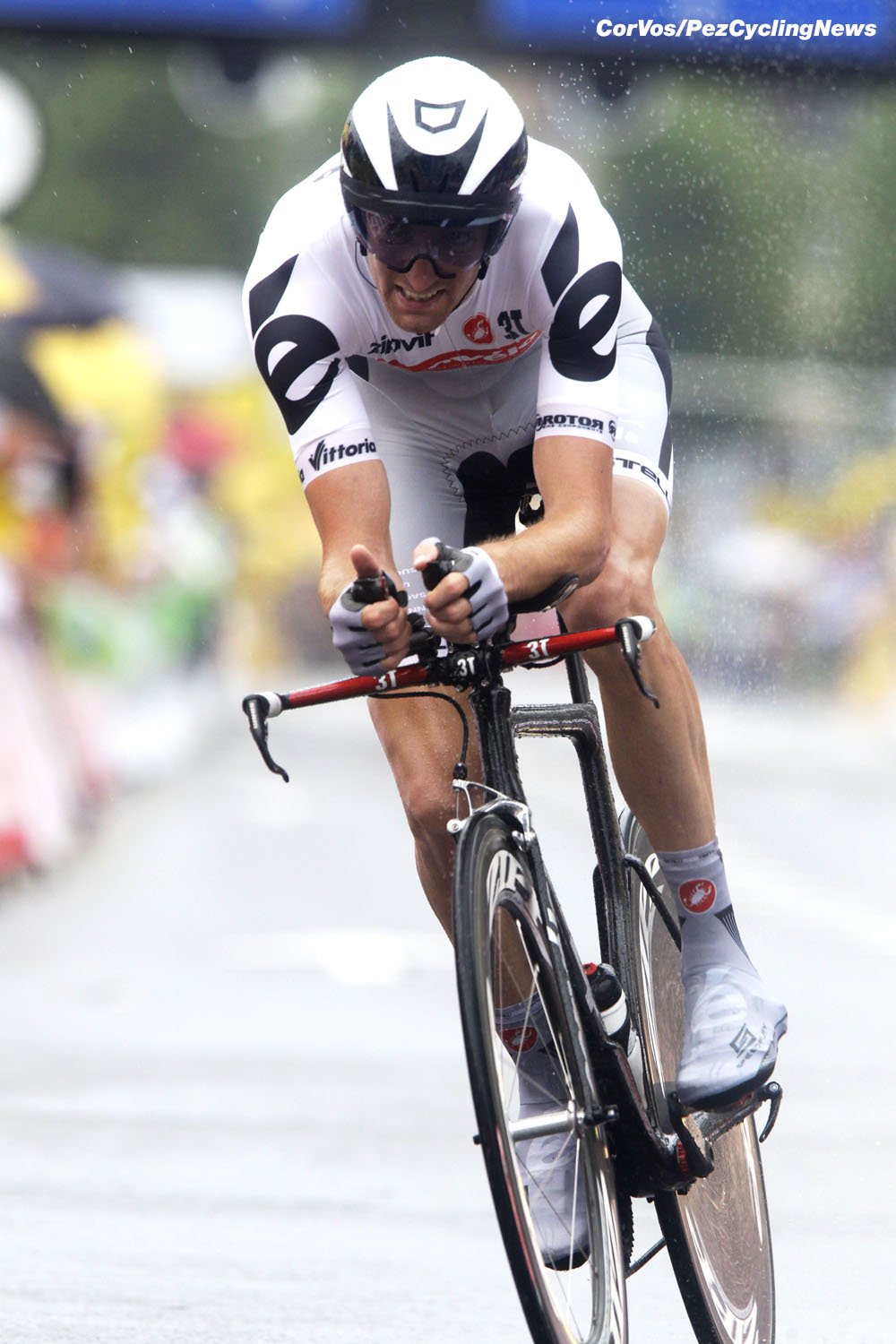 PEZ: I remember you being in the break in Flanders?
I have fond memories of Flanders, I was away with the likes of Leif Hoste and Sylvain Chavanel; and then we had Heinrich Haussler on the podium in second place. 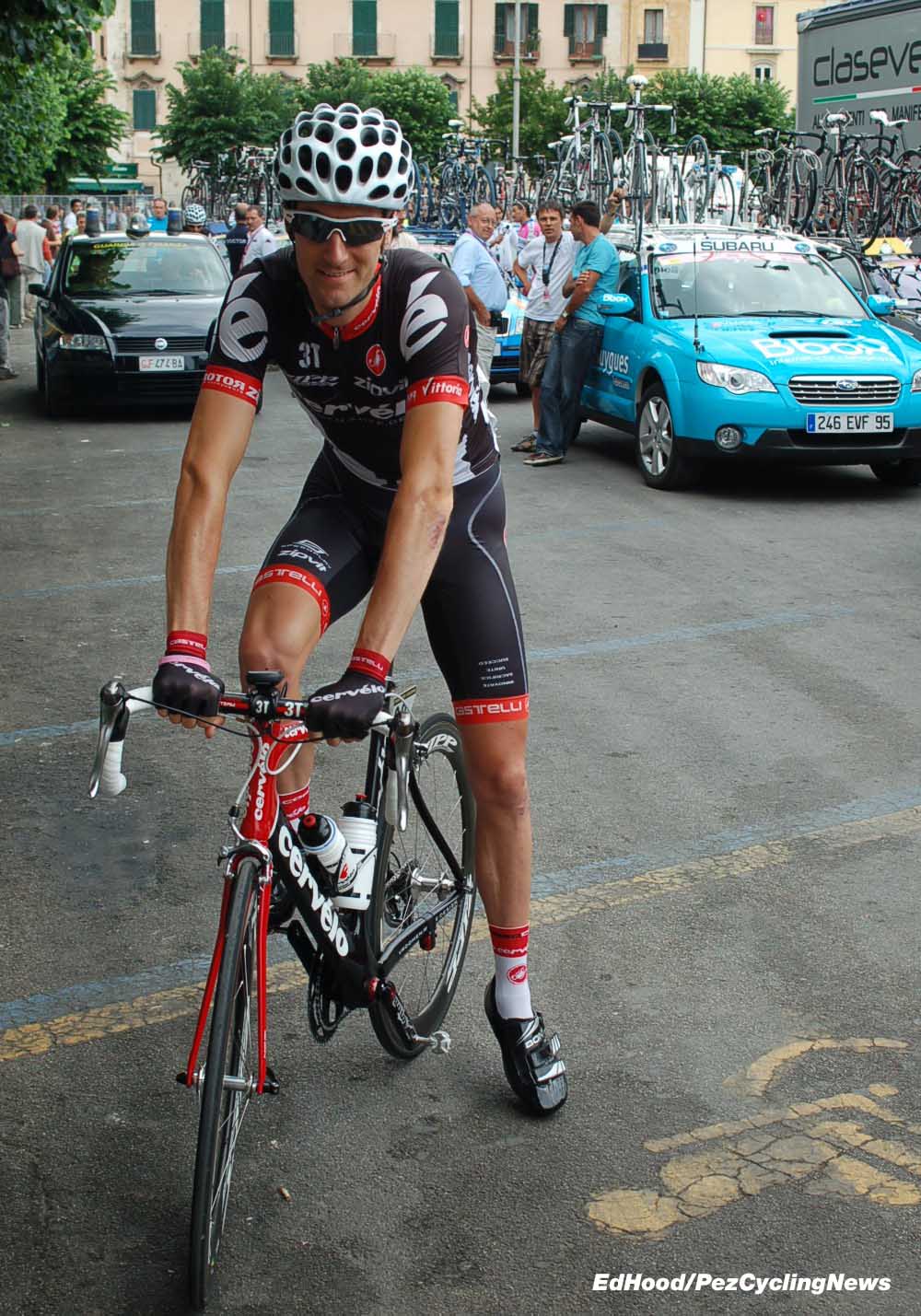 PEZ: The Giro and Flanders the hi-lites for you, then?
Yes, but there were so many, I enjoyed my career from start to finish; finishing fourth in the Tour of Qatar in 2009 was pretty special, we had seven riders in the top 10 that year. 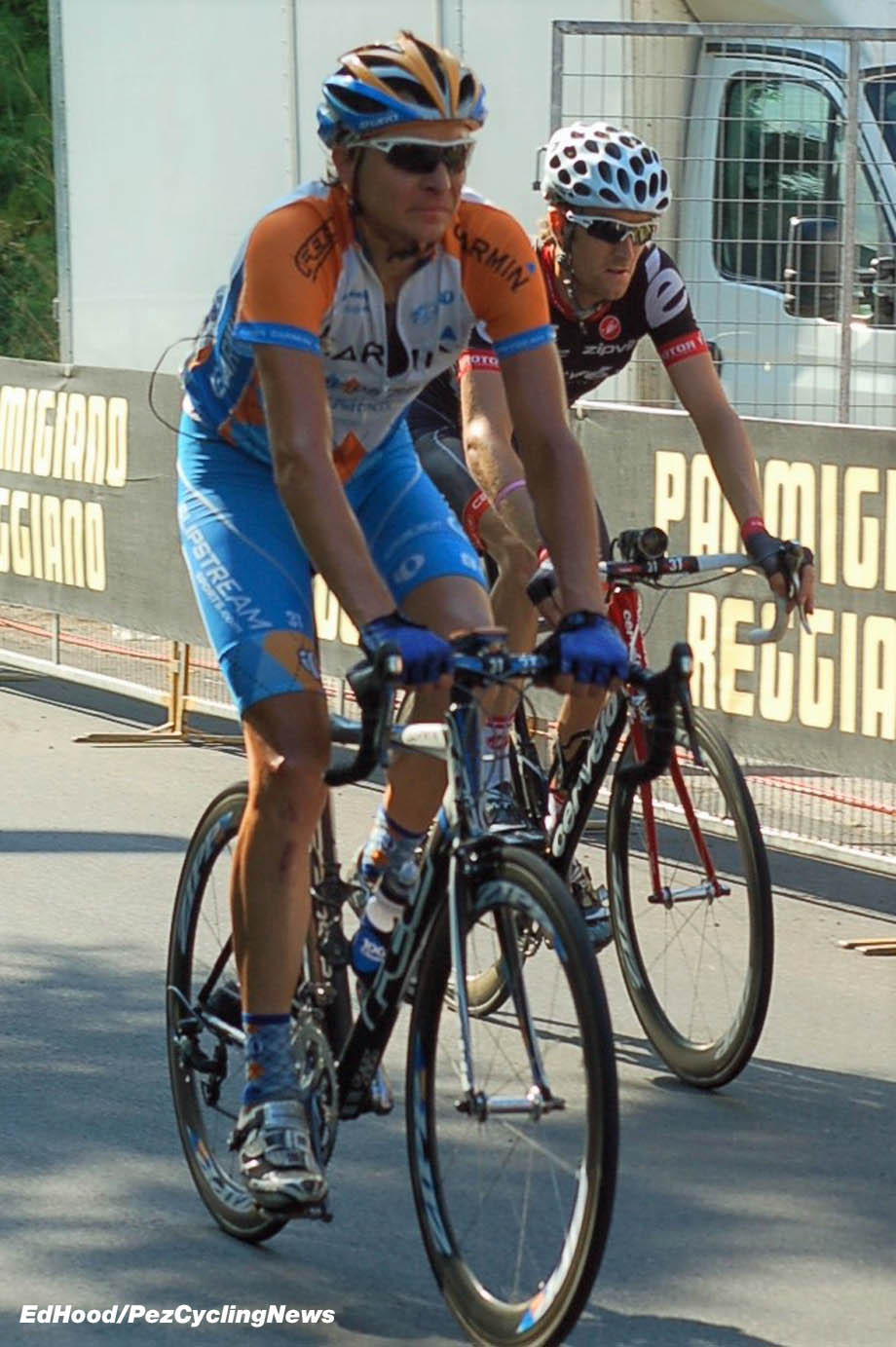 PEZ: You were twice second in the British Elite Road Race Championships, ‘what ifs?’
The most disappointing one was actually 2008 when I was fourth behind Rob Hayles, Peter Kennaugh and Dean Downing; I was flying – maybe going too well? I was second to David Millar in 2007, he was flying, just out of the Tour because the Nationals were late that year, the original race was washed out with floods on the parcours. People still say I should have closed the door on him in the sprint that day. . . In 2009 I was second to Kristian House but I felt horrible all day, I just went with the right moves. 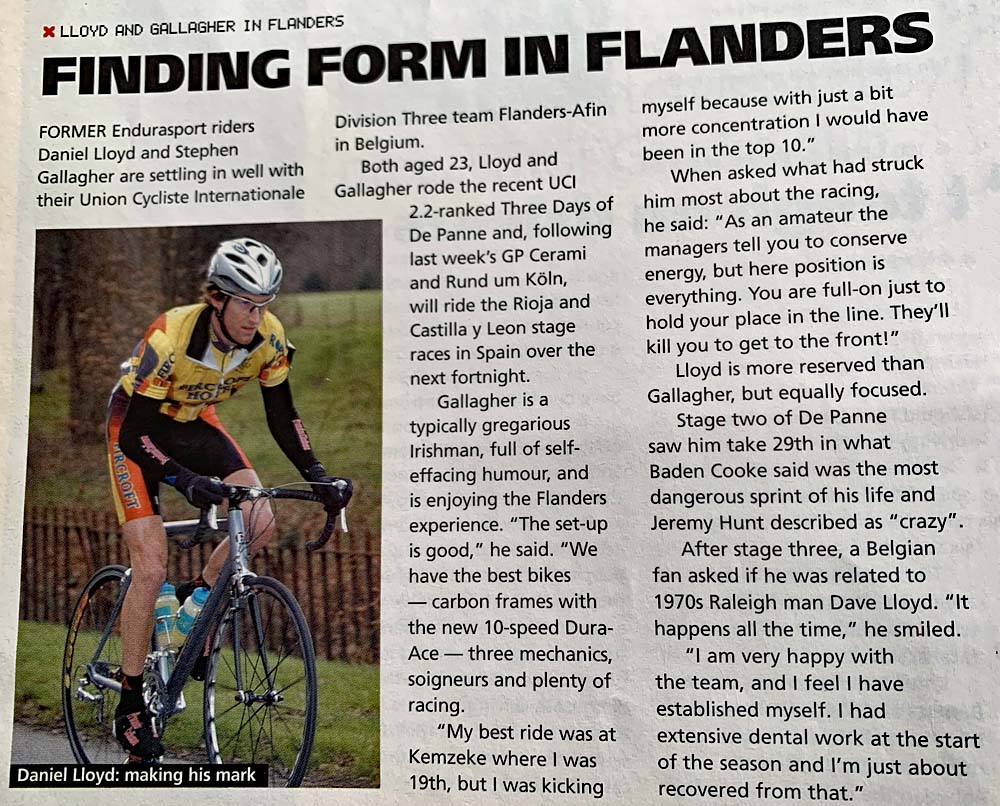 An article by Ed Hood for ‘Cycling Weekly’ 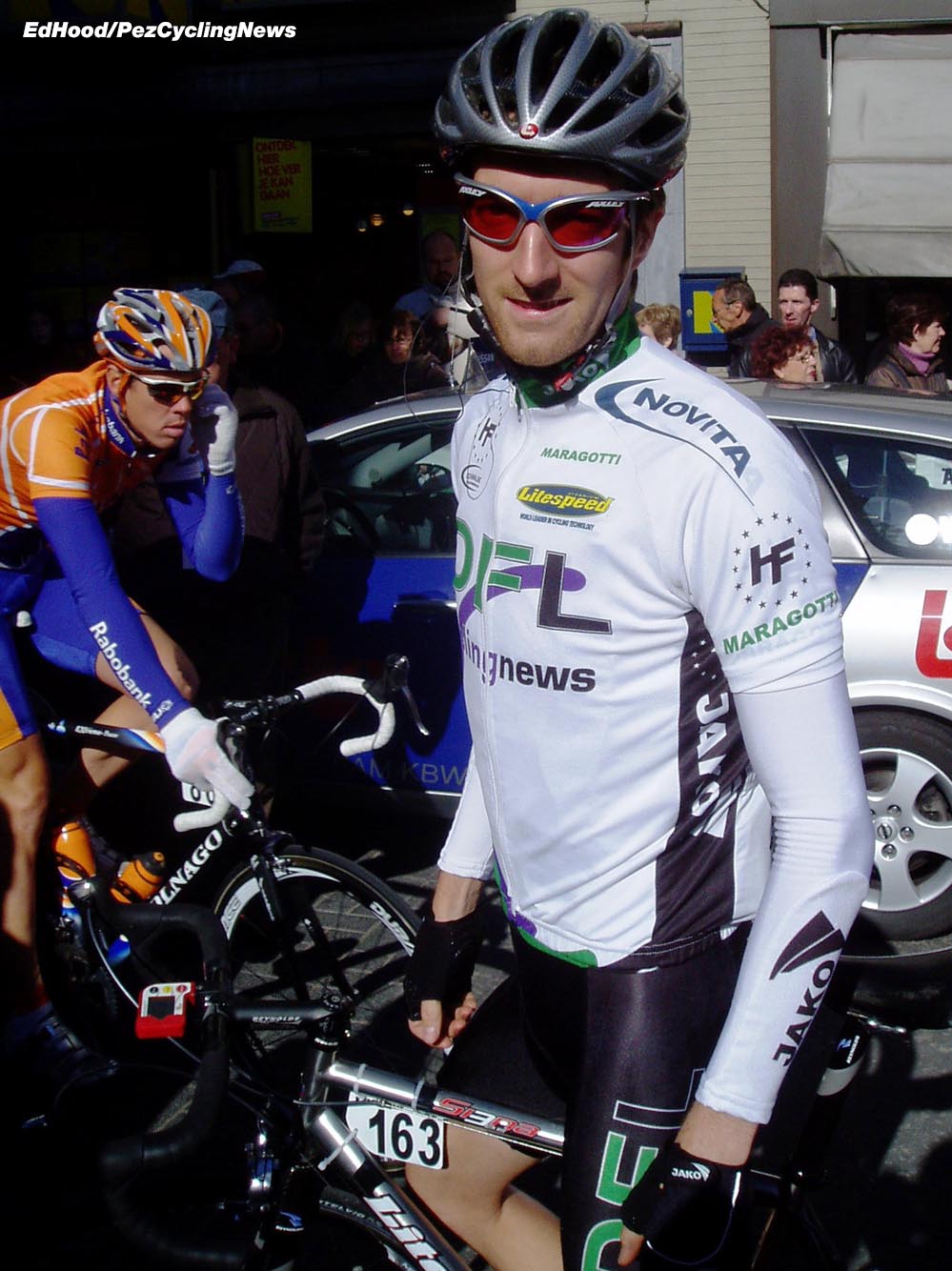 At the start of De Panne

PEZ: If you could do that part of your career over?
I think I got everything out of myself, I trained well – Dan Fleeman and I were two early adopters of training on power – watched my diet and sought out the best knowledge. 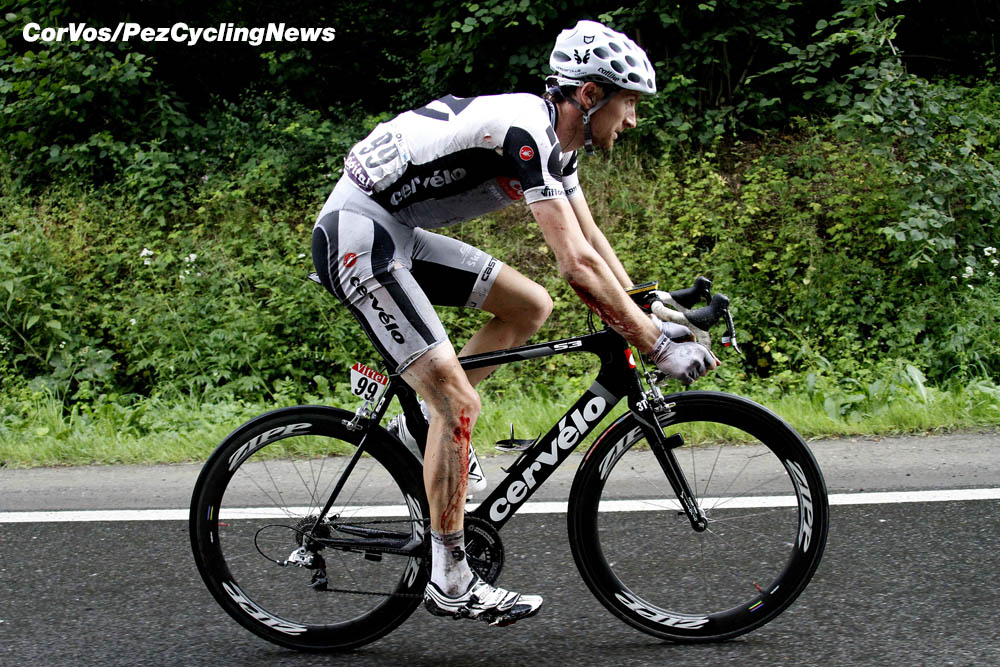 PEZ: How did you get into commentating?
After my contract wasn’t renewed with Garmin for 2012 I felt I wasn’t ready to quit and signed with the British Continental team IG-Sigma. I was still racing but David Harmon put my name forward to Carlton Kirby. I would go out training in the mornings then join the commentary team in the afternoon. And IT Market, who were co-sponsors of Team Sky, asked me to do stage previews for the Giro, Tour and Tour of Britain. It all stemmed from there and then I became involved with GCN. 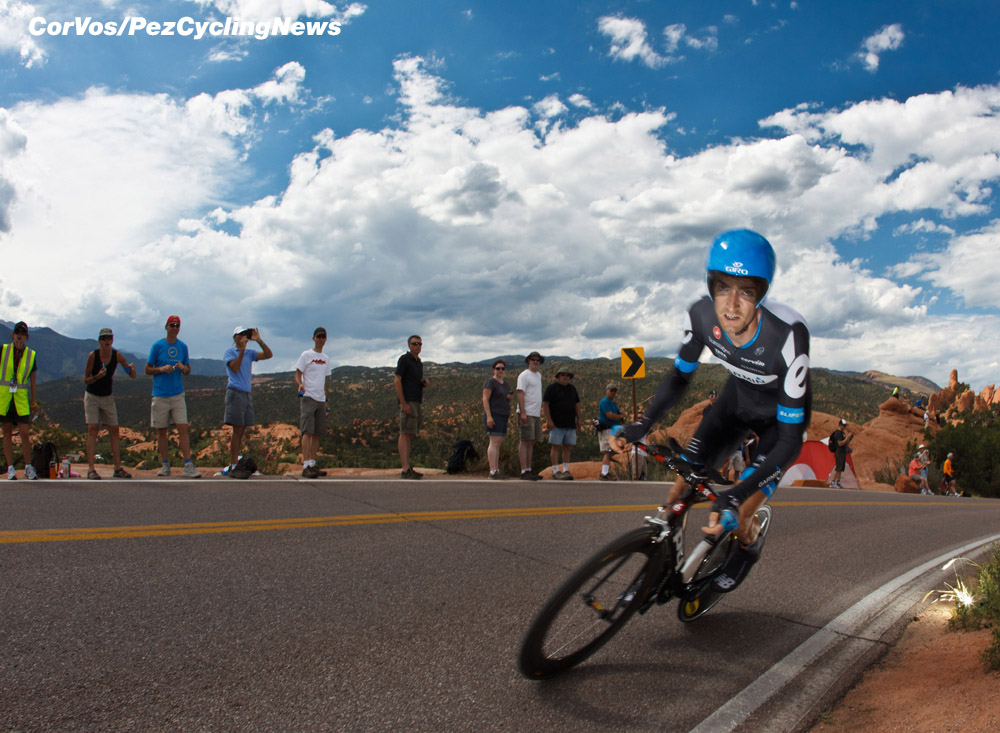 PEZ: Which are your favourite races to commentate on?
The Classics, I love them, I get excited at the prospect, I loved riding the cobbled Classics and love to watch them and talk about them. 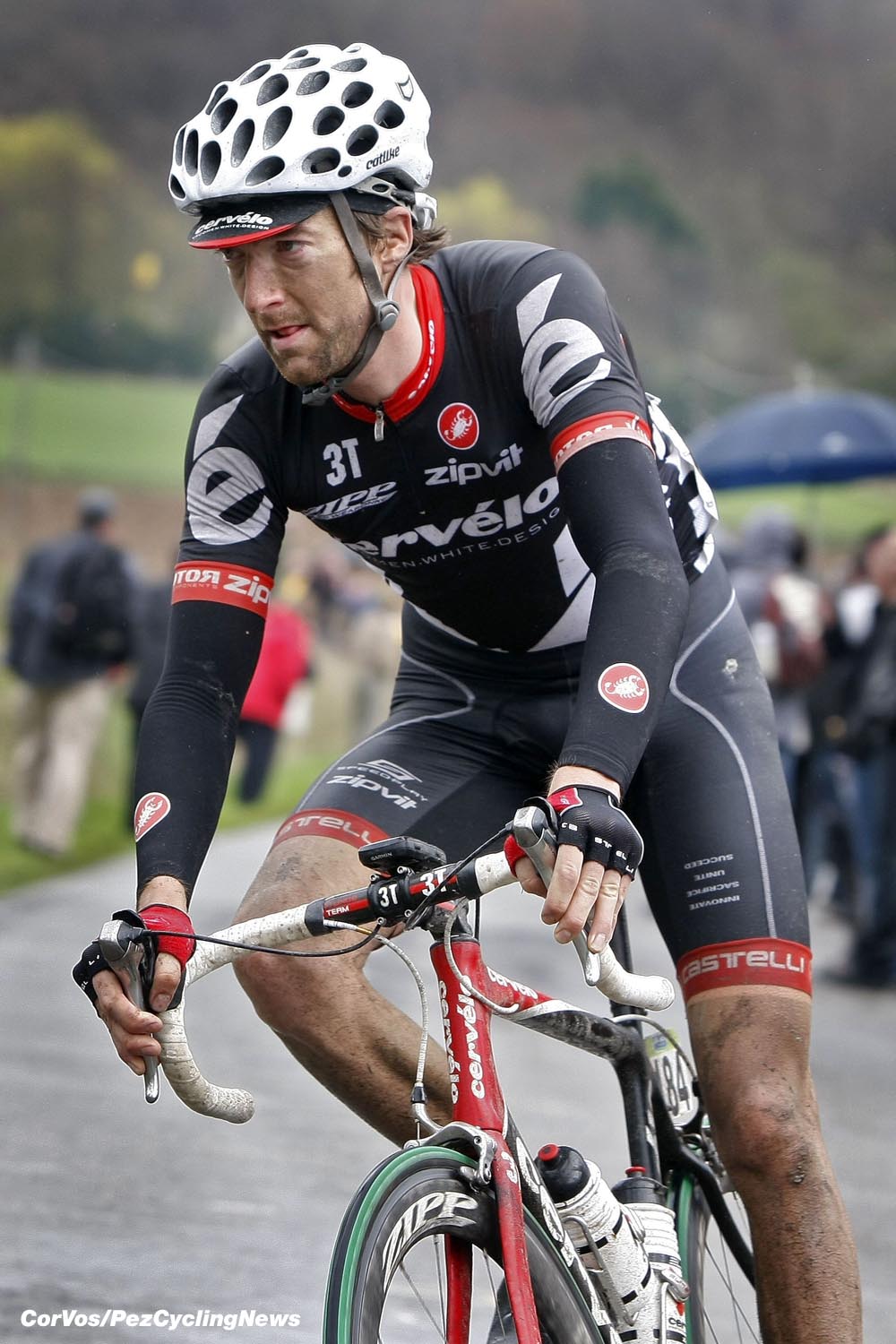 PEZ: ‘Sprinter stages’ – doomed break goes and. . . they must be a nightmare for commentators?
I don’t find them hard work; but it helps if like me you’re obsessive about cycling. I read everything, listen to all the podcasts, absorb it all and always have something to talk about. 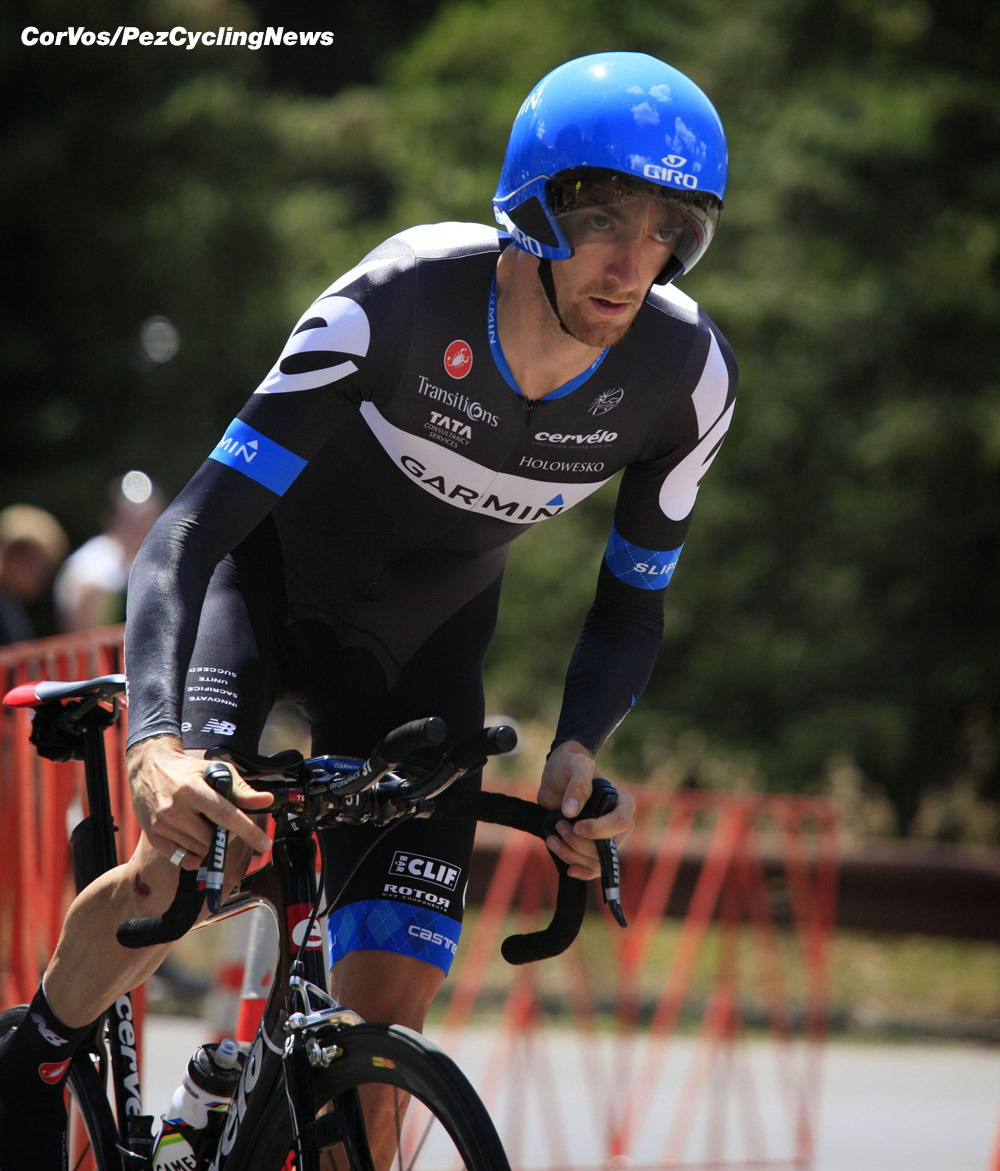 PEZ: Is it okay as a commentator to have ‘personal favourites?’
Strictly speaking I suppose not but I think it’s fine to be a fan as well as a commentator as long as you don’t go OTT. I don’t think there’s anything wrong with being a fan of riders like Mathieu Van Der Poel, Wout Van Aert and Julian Alaphilippe, they’re exciting riders who enliven races and whose enthusiasm to race aggressively keeps the sport healthy. 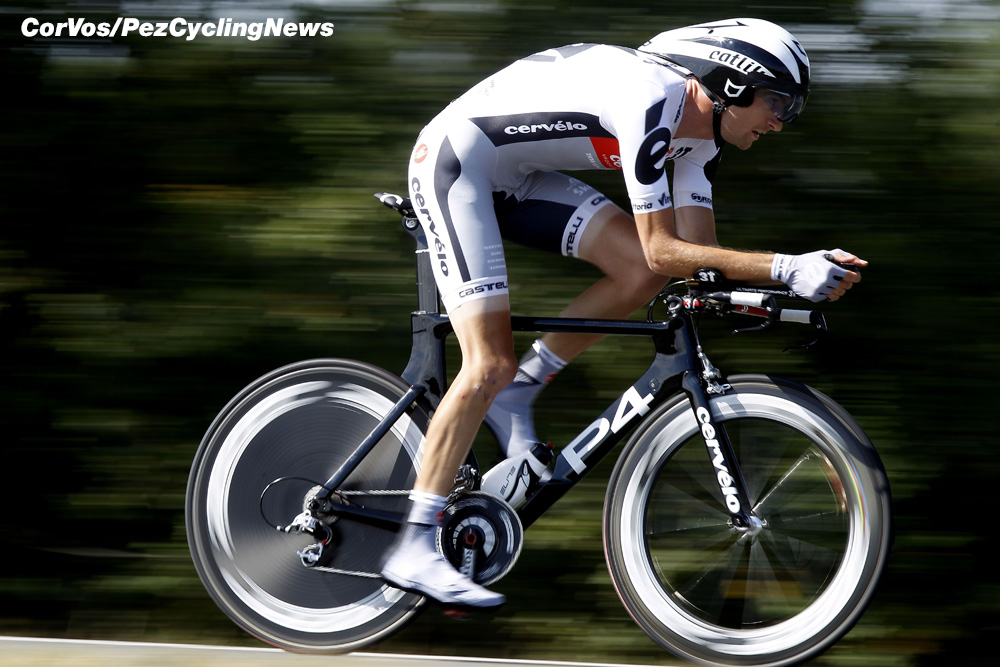 PEZ: ‘E’ racing?
It has a place and obviously has a lot of fans but I think they have to decide; is it trying to replicate real races or is it a game? At the moment it lands somewhere in the middle albeit was a great help to many over ‘lockdown’. And I think it’s given women’s racing a boost with parity on the prize money.

PEZ: Banning the ‘super tuck?’
I’m in full agreement, there’s been an emotive reaction but personally I think the UCi have come in and done something before there’s a bad crash as a result of it – in which case people would be saying; ‘something should have been done about that earlier!’ 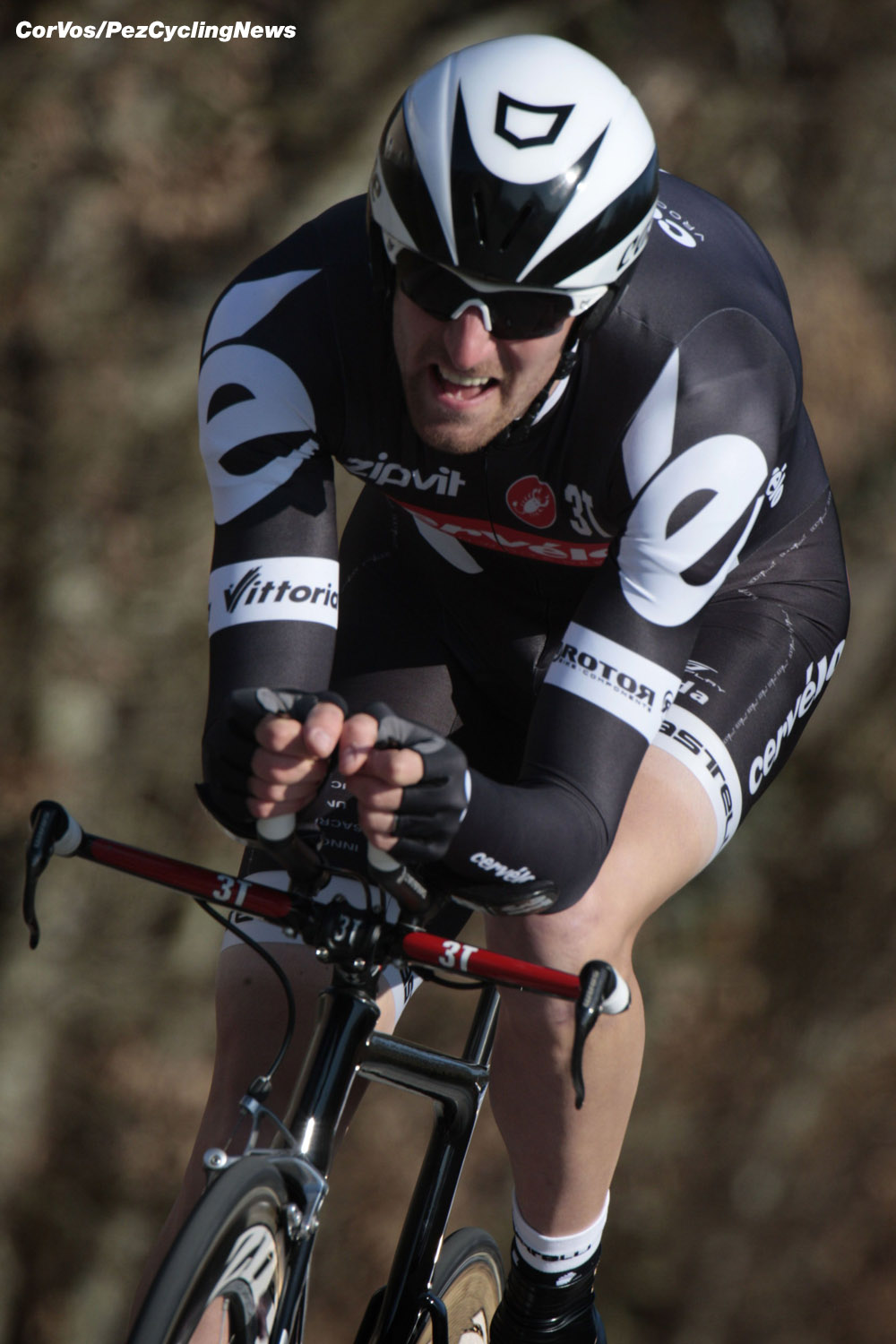 PEZ: Froome and Cav, can they come back?
I don’t think so, but if anyone is likely to prove me wrong then it would be Chris Froome – it’s just that there are so many names who have come up; Pogačar, Roglič, Hirschi. . . In the case of Cav I don’t believe he thinks he can get back to winning like he did but he’s a real leader and an asset to a team – his morale is good and his presence has to be a positive for any team. 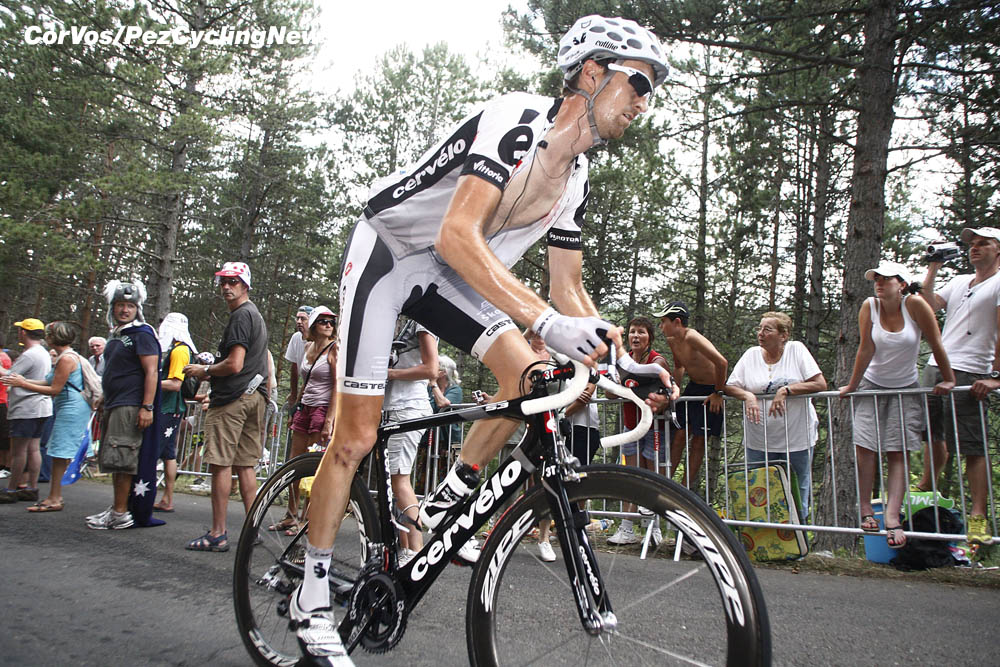 PEZ: Do you still ride the bike?
Not so much, I wasn’t ready to give up racing when I did but that said, I don’t miss it. I’m not one to go out and, ‘enjoy the view,’ I need a purpose to go out and ride the bike – I need goals. My younger lad has taken up the bike and I’m hoping he continues with it; but I’m into running now, I’ve got a coach and a training plan – so I’ve got my goals! 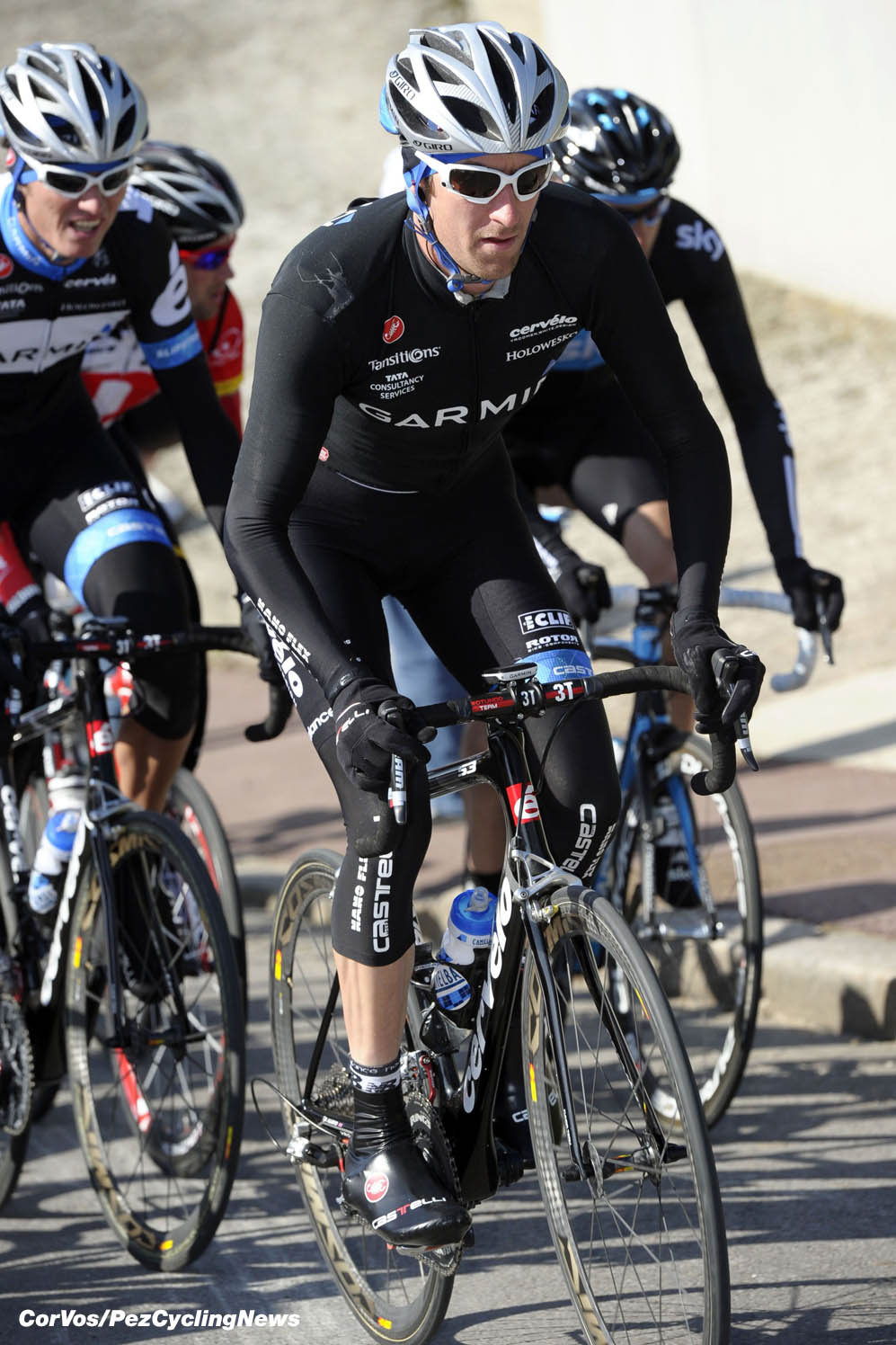 # You can check-out GCN HERE. Dan was also helped by the Dave Rayner Fund. # 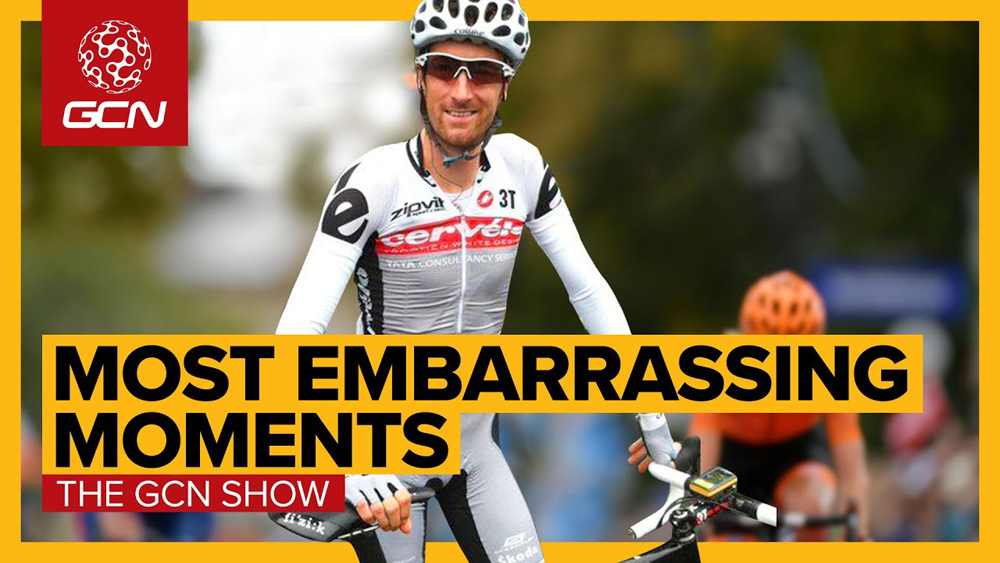