TV Commentator Interview: Between the Eurosport and the GCN channels there are a lot of cycling commentators these days, and one of the most well informed and captivating is José Been. The lady from Dalen in the province of Drenthe, the Netherlands knows her stuff – Vik says so. Ed Hood caught up with José to hear all about it. 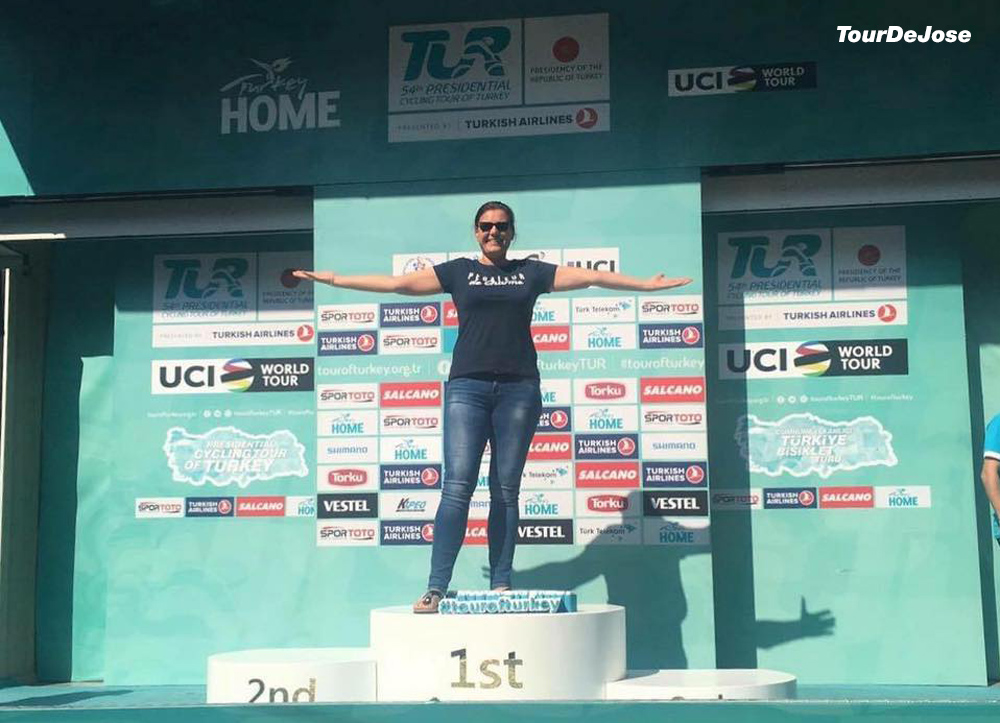 The thing about Vik – PEZ soothsayer & mentor – is that his phone calls come when you least expect them and you never know who or what will be the subject of his wrath; praise is a rare commodity on a ‘Vik call’. So when I ‘pick up’ and he says; ‘Who’s that girl that’s commentating on the races for GCN? She really knows her stuff!’ The wind is taken right out of my sails, praise from Vik – and for a member of the ‘fair sex?’ Wow!

The lady in question is Ms. José Been from the Netherlands and she kindly consented to speak to us, recently. . . 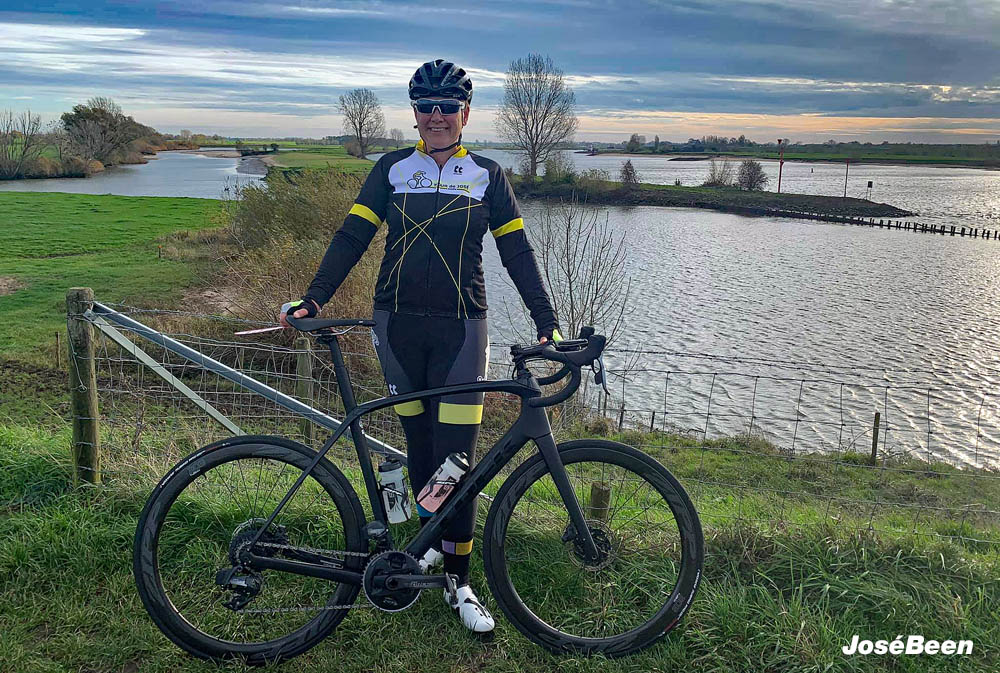 PEZ: Did you ever ride or race, José?
José Been: No, I grew up in competitive swimming until I was 18 years-of-age. Then I went to university and other things took centre stage. I started riding seven years ago to get that feeling on the bike. Now I do around 10,000km a year but mostly alone; riding in a group would be a hazard for everyone around me.

PEZ: Your dad was a sport director, how much influence did that have upon your enthusiasm for the sport?
Cycling was always on the TV in our house. As a daughter you want something in common with your dad, which we now have. He is super proud of me and we sometimes ride together. Those are precious memories but as kids my sister and I were usually quite bored when we had to visit races. I usually took forever before we got that promised ice cream because my parents would meet many friends at the races

PEZ: How did you get the Eurosport job?
As with many things, coincidence. I started twitter when I was home, sick with cancer. Through using twitter I could showcase my knowledge and that’s how former world champion and Eurosport Netherlands manager Danny Nelissen got in contact. He needed someone to write news items for the Shimano website but he heard my voice and asked me to do a test at Eurosport for the Eurosport News. He wanted more women involved. During my interview he did immediately say I would never get to do cycling because I wasn’t a former pro; but life had other plans. When I stepped back in 2019 other assignments came along, like the Tour of Norway. I started to miss the buzz of live commentary and last summer Daniel Lloyd called me out of the blue to join GCN. This year I started doing live races in English which in itself is just amazing. It’s a second chance in a second language which I enjoy tremendously. 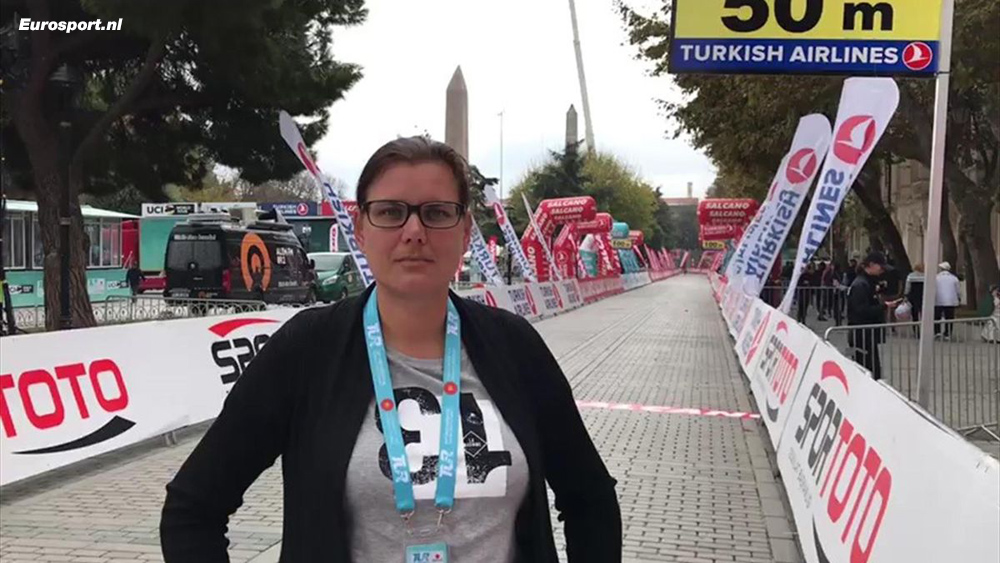 PEZ: What was the first race you commentated on Eurosport for – how were the nerves?
It was the Vuelta 2012. That race has always been and still is my biggest love. I got to do the first two stages because no one else was available. I don’t really remember being nervous; I was hyped that I could do this. I shared 150 facts per minute which was a bit much but that all levelled out. I left Eurosport NL in 2019 to try something new. I wasn’t in a good place mentally and suffered a lot from the constant harassment by a small group of people. Also, I switch jobs usually after seven years and I found my name was so connected to Eurosport that it was virtually impossible finding other assignments.

PEZ: How come your English is so good?
JB: Thanks to the English boy band, ‘Take That.’ My best friend and I were huge fans when we were teens. We followed everything around the band on TV and magazines (this was pre internet). We wrote diaries and letters with fans all over the world. Of course I have a talent for a languages and a complete lack of talent for maths etc. 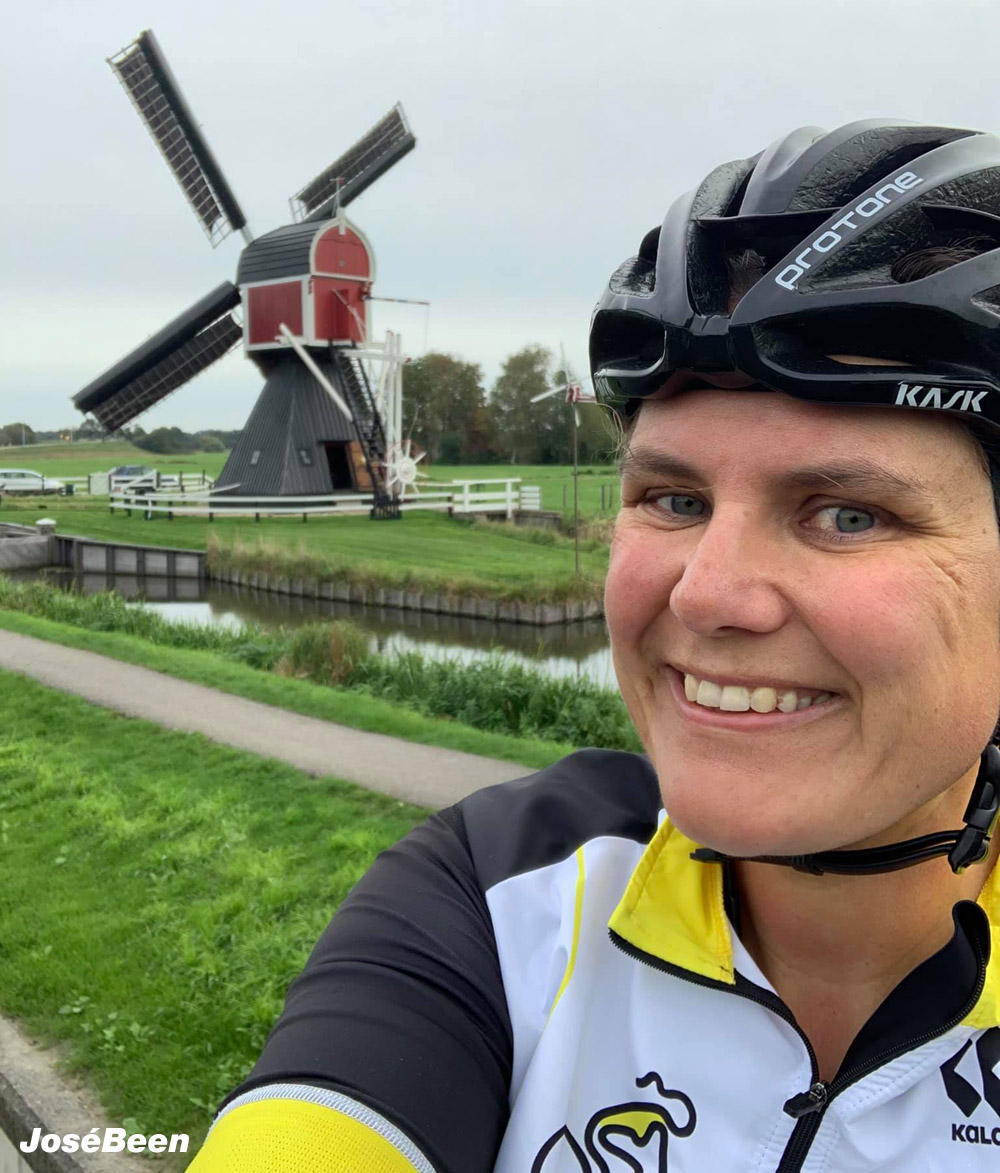 PEZ: You’re very well informed, you must read/listen about the sport constantly?
When this is what you love you do it and watch cycling for fun. It never feels like a job or a burden. I don’t feel like I constantly read or listen about the sport. I just have a very good memory and remember things. I do have my race season sheet where I write down a short summary of every race but I am already a few weeks behind again.

PEZ: How was your acceptance among the male commentators?
That was never an issue. The acceptance by some very vocal male viewers in the Netherlands and Belgium however, was.
The Dutch are known to be a progressive people but this doesn’t go for women in sports journalism. As we speak there are three female lead commentators in the Netherlands, all three former tennis players. The things I saw on social media and was sent via email were not fun. There comes a point you start to doubt yourself. 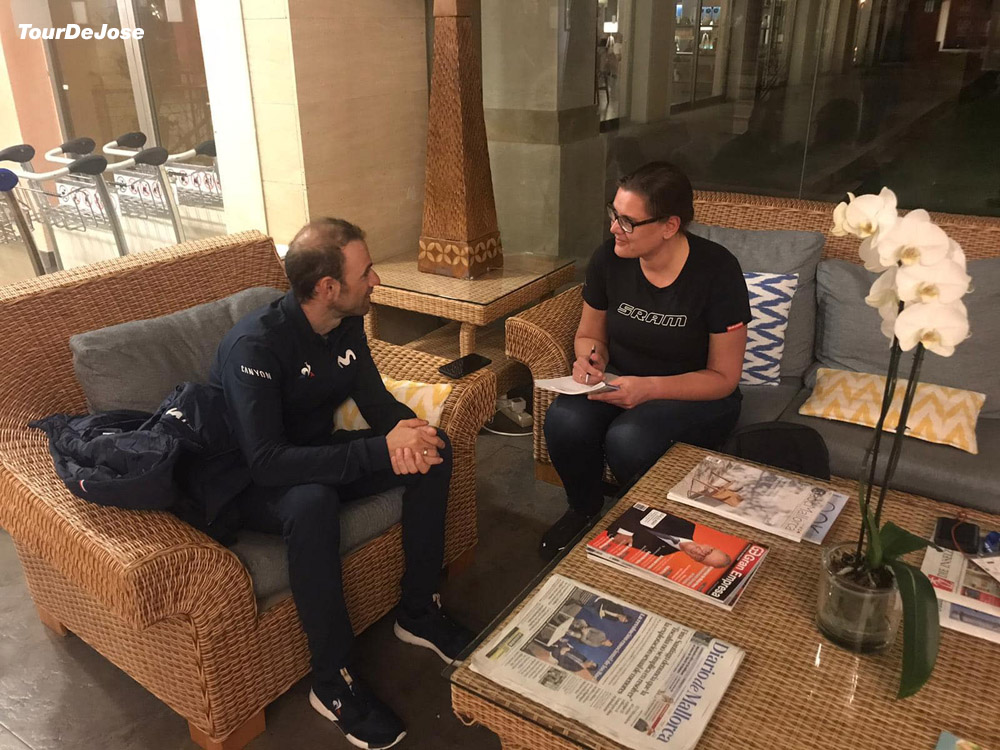 PEZ: What’s your favourite race and why?
The Vuelta has always been my first love. I never enjoyed the classics when I was younger but always watched the stage races. Now I can’t wait for Paris-Roubaix! The dynamic of a stage race is wonderful plus I love the history of Spain. I also love cyclo-cross and track cycling.

PEZ: Does your husband share your love of the sport?
Ha, not at all but he helps me with the history stuff, mainly Roman times. He is a molecular biologist with a love for Roman history and warfare.

PEZ: How come the Dutch ladies are so consistently good?
Numbers. There is a huge group of riders to choose from and their rivalry makes everyone better. 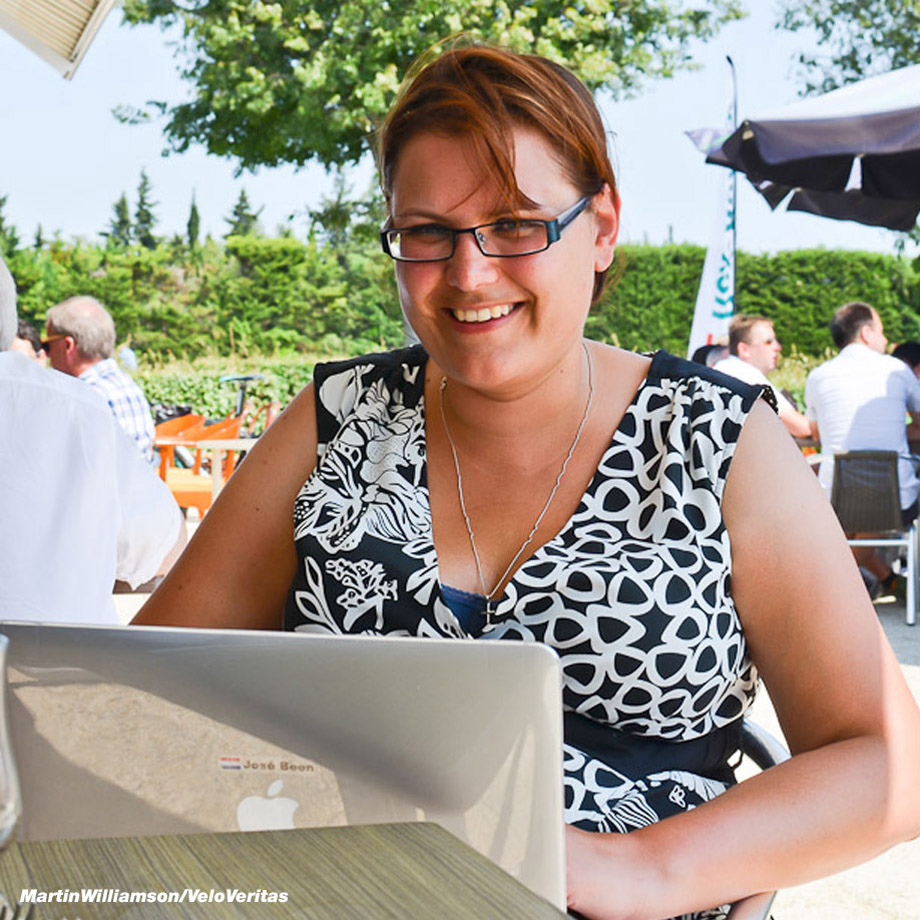 PEZ: If you were the UCi what would you do to improve the female side of the sport?
They are on a good path already but they put all the financial burden on the organisers (mandatory TV broadcast, more prize money) and on the teams (minimum salary, pregnancy leave) but don’t contribute more themselves. I for one feel the UCI wants too much in too short a time. Some teams can keep up but the women’s sport isn’t big enough yet for everything the UCI wants. It takes time.

PEZ: Do your think Tom Dumoulin will be back?
Yes, I think he loves the game too much but he won’t return as a Grand Tour contender. We see with many riders now that the pressure coming with that role is tremendous. He will be a Rohan Dennis kinda guy, super strong in the TT and a super domestique in the mountains. 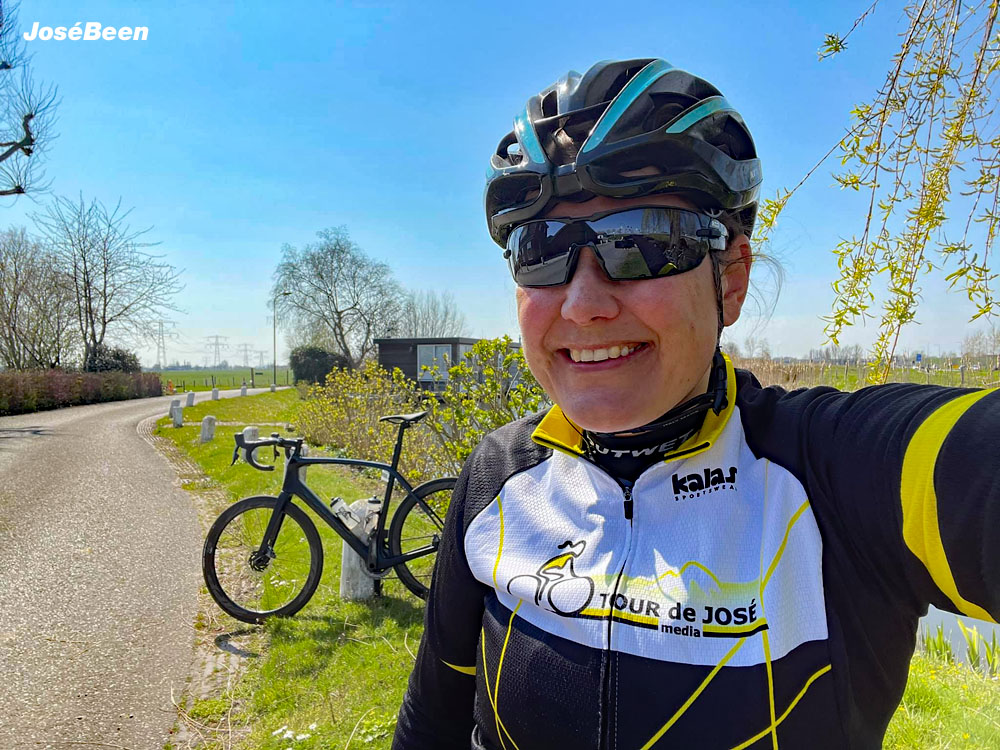 PEZ: Is there a ‘MVDP Effect’ in The Netherlands as a result of Mathieu’s success?
I don’t know because there hasn’t been any youth racing for almost 18 months now

PEZ: What’s on the José ‘to do’ list?
Smile more, worry less. 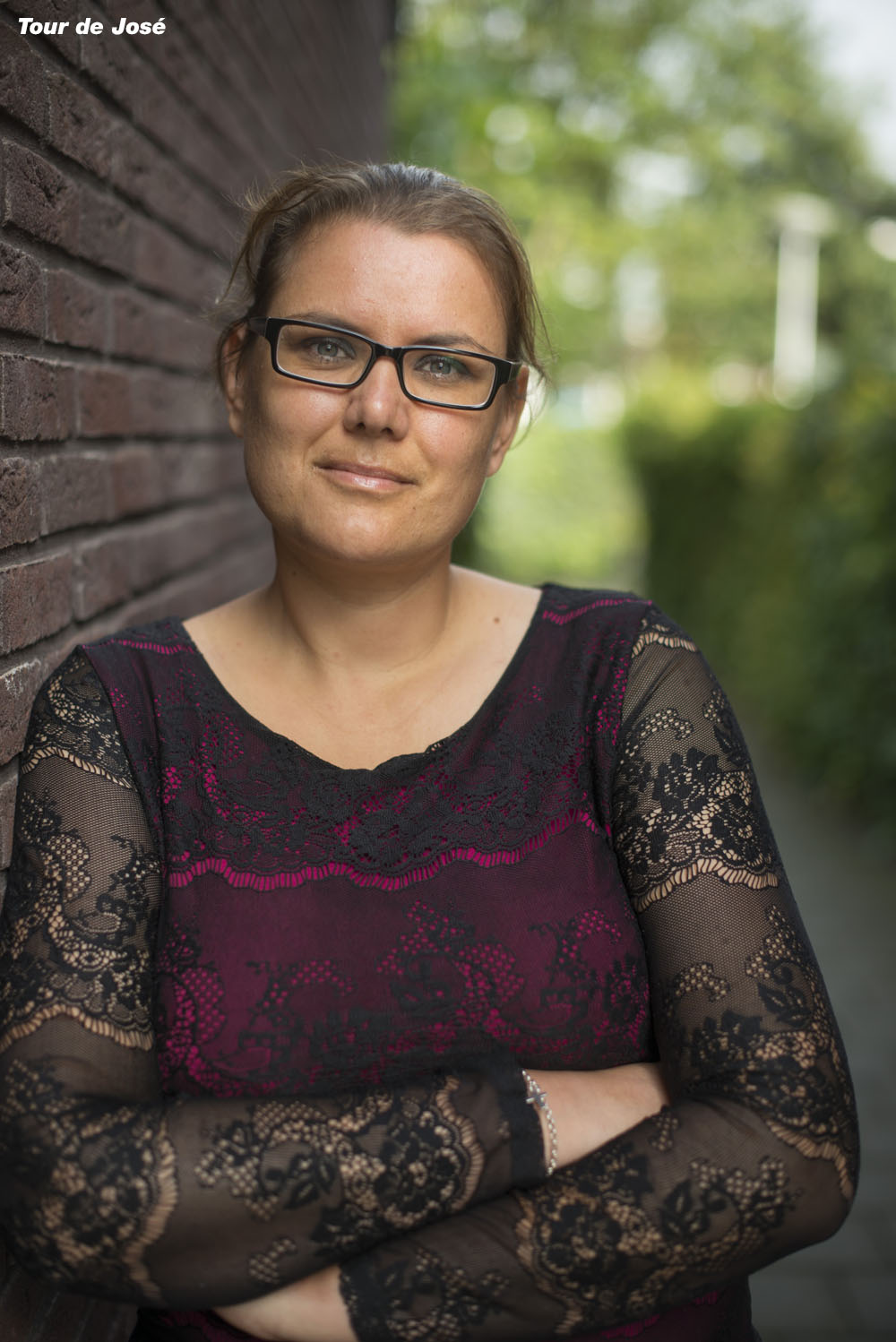