Serge Pauwels will always be remembered as the man who had to throw away his place in the two man winning break on stage 15 of the 2009 Giro, being required to go back and help his Cervйlo ‘Capo’ Carlos Sastre snuff out a ‘dangerous’ move by Ivan Basso. Three years on, and it has been an up and down road for the Belgian…Ed Hood caught up with him after the Giro.

By the time Pauwels had sat up and waited, his erstwhile breakaway companion Leonardo Bertagnolli was well on the way to victory, whilst back in the bunch, Basso’s challenge had disappeared in less time than it takes to relate the tale.

After his time at Cervйlo Pauwels went to Sky for 2010/11, where he would be the first to admit that the last two seasons haven’t lived up to his expectations.

The 28 year-old from Lier first experienced top line competition with the Rabobank U23 team in 2004/5. He then moved back to Belgium and the Chocolade Jacques team for two seasons before Topsport became title sponsor for 2008.

In 2009 Pauwels took another step up the ladder, joining Pro Continental Cervelo Test Team where he enjoyed an excellent Giro debut; taking three top ten stage placings, including his near miss on stage 15

But for 2012 he went home to Belgium for a fresh start with Omega Pharma–QuickStep and another crack at the Giro. 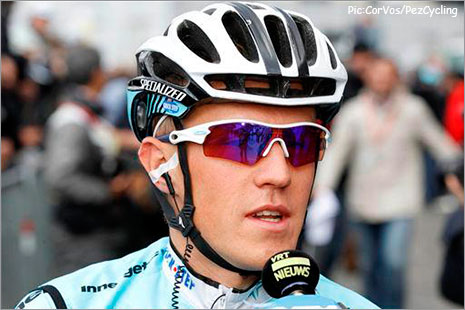 Team mate Dario Cataldo was 12th on final GC at the finish in Milano; with both men animating the final mountain stages – honouring the ‘Pink Race’ and the QuickStep jersey.

Pauwels took time to speak to PEZ as he recovered from his three week ‘holiday to Italy.’

PEZ: Are you happy with your Giro, Serge?
Serge Pauwels: Yeah, pretty happy, I was a bit disappointed that I had a four day block between stages 14 and 17 where I didn’t feel so good.

I don’t know what was wrong, I lost 1.5 kilos in weight and had no energy – I think it was maybe a digestive problem?

But after that I felt good and did what I could for the team.

PEZ: Have you recovered from last year’s injuries?
SP: Touch wood, yes – there’s no pain in my elbow.

They were two bad injuries, I broke my elbow; then in my first race back after that injury I crashed again, put my hand down and tore my tricep – it was a bad season. 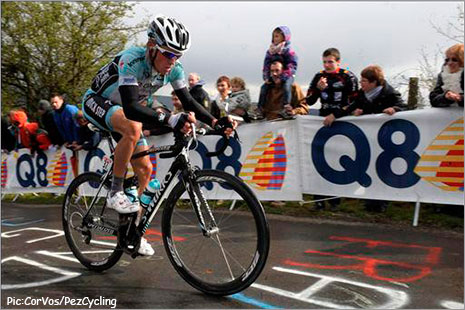 PEZ: What was the QuickStep game plan for the Giro?
SP: We had GC ambitions with Dario Cataldo and we were going for stage wins, too.

My role was to help Dario and take my opportunities in the medium mountains.

But the thing about stage wins is that they don’t come on command!

We went close with Francesco Chicchi (second stage 11) and Michael Golas (third stage 6) but we missed a win.

PEZ: Was management happy with Dario’s 12th on GC?
SP: I think so, it was always going to be hard for us to get on the podium – but we tried our best, we didn’t just follow, we rode aggressively.

On stage 19 we attacked before Kreuziger, in the end it didn’t work out, but we tried and animated the race.

And then on stage 20 we attacked in the valley, it didn’t work out – but like I said we at least tried and used aggressive tactics.

PEZ: What did you think of the percorso?
SP: I think it was really well balanced; a hard Giro but then the Giro is hard every year.

What was good was that they had only two or three hard stages back to back then they had a flat or short stage between them.

The three days in Denmark were a nice experience; but personally I don’t think that they have to leave Italy, the country is so beautiful.

But I guess there’s a business plan and also Mondialisation to think about? 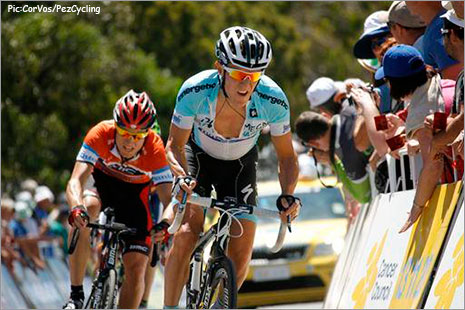 PEZ: Riders say that they had ‘blocked’ legs for the TTT because it came so early?
SP: Yes, I can understand that, when the rest day is as early as that, you have to do maybe three hours on the bike, so it’s not really a rest day.

It meant we had a block of 12 days racing before the next one, which isn’t ideal.

But Denmark was nice, the weather was good, the wind didn’t blow and there weren’t crashes – but that could have been very different . . .

PEZ: And you had good days and bad days?
SP: I was good on stages 19 and 20 – the day before, the fast, mainly downhill stage which Guardini won, I started to feel powerful, again.

We attacked on both stages – it didn’t work out as we planned but it’s always better to try then to sit and wait.

PEZ: QuickStep had a good TTT.
SP: It was a good experience, yes.

We’d hoped for top six but realistically we thought somewhere between sixth and tenth – so to get fifth was good, we were really happy with that.

It was good for our GC guys, with Golas just missing pink. 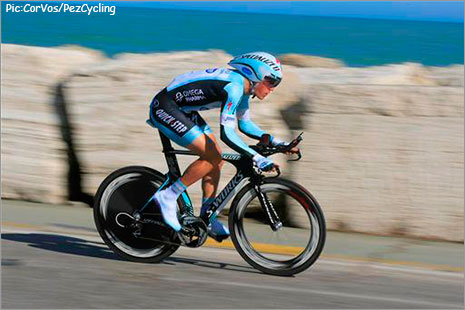 PEZ: Which race do you prefer, the Tour or the Giro?
SP: Definitely the Giro; the Tour is more of a circus – and really stressful.

The Giro has a nice quality with the Tifosi and the atmosphere – more romantic, I think you could say.

PEZ: You started early this year, at the Tour Down Under.
SP: Yes, and I’m really thankful to the team for that.

I didn’t do so many race days last year and it was good to get the chance to compete early.

I got the kilometres in my legs in sunshine and it was very good for my confidence – which is a really important factor.

PEZ: How much rest will you take, post Giro?
SP: I’ll have a week and then start to think about the second part of my season.

I’ll ride a few one day races in Belgium before the Nationals and then it’ll be the Tours of Austria and Poland.

I like the idea of riding the Vuelta, but it’s down to the team.

I certainly won’t be riding the Tour – I don’t think you can do the Giro and the Tour, anymore.

PEZ: Do you work with a coach, Serge?
SP: I work with the QuickStep coach, Koen Pelgrim – I used to work with him back in 2008 when I was with Top Sport Vlaanderen, so we work well together.

He had Dario Cataldo and I altitude training, before the Giro, which worked really well.

He is good at finding a balance for me between rest and work – he’s an important person in my life. 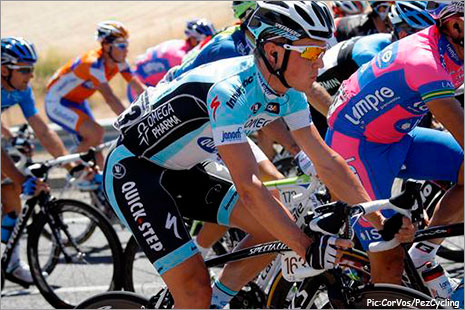 First I think that they’ve caught the wind from HTC with their mega professional approach to bikes, equipment and wheels.

The Sky ‘marginal gains’ concept is on the same lines; trying to make everything that little bit better – maybe the team was a little behind with that type of thing.

Teams like Sky and Garmin set the bench mark for attention to detail and you can’t run behind.

It does matter about choice of wheels and helmets – these are the things that do matter – small though they may be.

QuickStep has adopted this approach now, too.

It’s always good to say why a team goes so well – but if the season starts well then the flow goes from there.

Boonen’s riding has pulled the whole team along – it’s not just luck, there’s a great atmosphere and a winning mood in the team.

And it’s not just the riders; nothing is too much trouble for the staff.

As part of our post stage recovery we’ve been doing 10/15 minutes on the rollers – the staff have to organize all of that when they’re already busy, but they’re happy to do it because the mood on the team is good.

All of these little things have been making the difference on the team.