Interview: When you’re a crucial part of a top sprinter’s train and the boss goes awol on you in the last 300 metres, there’s not much else to do but try for the win yourself – unfortunately for Columbia’s Matt Goss, Garmin’s Tyler Farrar was just that little bit quicker in Utrecht on Sunday. Goss took time to tell PEZ about his near miss, after dinner on Sunday evening.

PEZ: How was the Dutch pasta?
Not bad at all, the hotel is pretty nice, we’ve been here since Wednesday.

PEZ: Do the days start to drag a little?
Yeah, they do a little; but you have press conferences and team presentations – but no medical checks, like they do at the Tour, though. 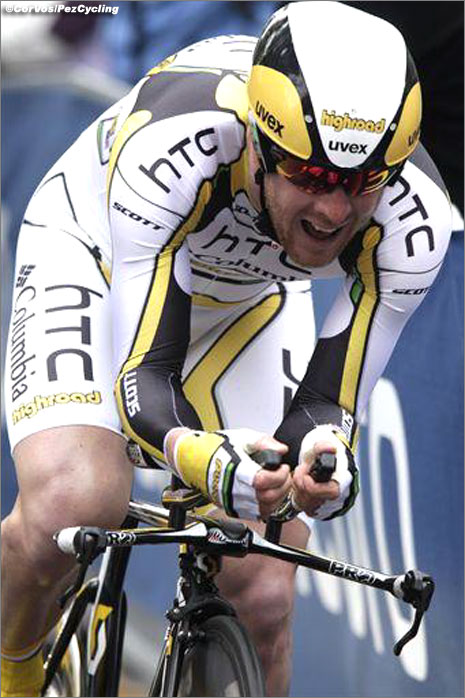 PEZ: Have you geared your training to peak for the Giro?
Kinda, I certainly wanted to be in good condition for it. I took a week off after the Paris – Roubaix then did one week of normal training followed by a week of hard training – no specific stuff – with one race.

PEZ: Team goals for today?
We want to get Andre Greipel up into winning situations – yesterday was chaotic and we got caught a little far back.

PEZ: How was your prologue?
I gave it a fair nudge; it was an up and down day, wet then dry – I didn’t go off in the wet but you couldn’t tell if some of the road marking white lines would be wet, so I was being careful.

PEZ: A lot has been said about the road furniture.
The roads are like that in Holland, lots of lefts and rights, lots of hazards. But the main reason for the crashes isn’t the road furniture it’s because there’s a huge bunch of nervous riders – it’ll calm down, but in the early stages of any big Tour there’ll be crashes, even on wide open roads. 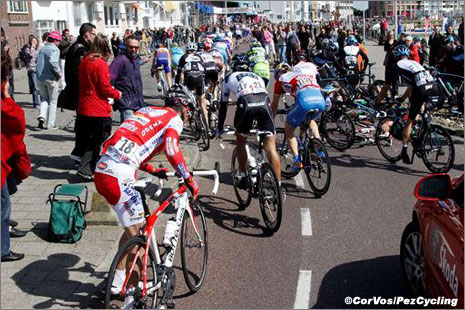 PEZ: What about that sprint?
It was pretty chaotic, there were people all over the road and it was hard to get the team together in the finale.

There were lefts and rights but I got Andre at 700 to go, I thought he was with me but I lost him again by the time we hit that last corner with 300 to go, I was fourth wheel at that point.

When I realised he wasn’t there, I went for it myself; but it was so crazy with guys doing kamikaze stuff.

PEZ: Hindsight?
No, I was there to do a job but it didn’t quite work out – second is a pretty good result for me. 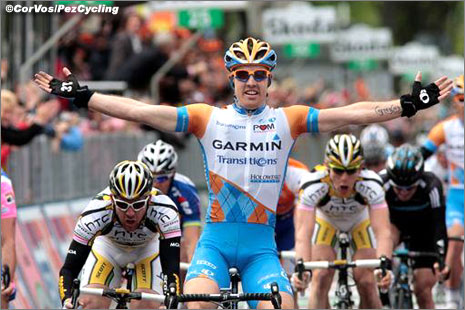 PEZ: Farrar?
He did a good ride, he was on the ground and got back – and to still have his team around him at the end was impressive work.

PEZ: Tomorrow?
It’s gonna be dangerous! I think it’s very open; today we spent a lot of time riding through forests so you were protected from the wind a lot but tomorrow I think it’s more exposed.

It could go either way, a big bunch sprint or it could split – in which case, I could see a group of 30 or 40 battling it out. 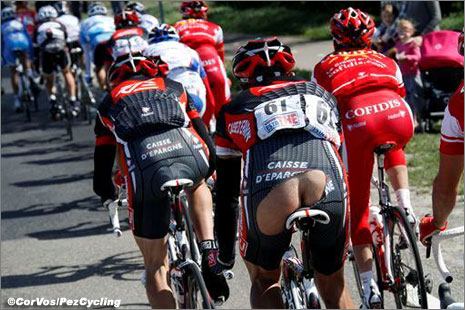 PEZ: Does ‘no Cav’ mean a different dynamic in the sprints?
I haven’t raced much with Mark but his not being here doesn’t change much – you still have a lot of highly motivated teams wanting to get their sprinters up there – today was crazy!

PEZ: How many more ‘Andre days’ are there?
I’ve not actually looked too far in advance but today, tomorrow and maybe stages nine and ten.

PEZ: Will it be a relief to get to Italy?
Yeah, it’ll be nice, it’ll be more relaxed, less dangerous. Like I said, the crashes are caused by nerves, not so much the road conditions – it’ll have calmed down by the time we get to Italy.

PEZ: Have you done much TTT practice?
Not a great deal, we did a little bit here; but we have some strong chrono guys – Rabon, Hansen, Pinotti – and if we ride to form I think we can do well. 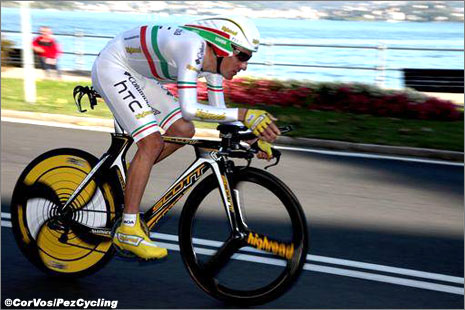 PEZ: And when you do get a stage win, will it be XXXX or Champers?
It wouldn’t be XXXX – that’s from Queensland! If it was going to be beer, it’d be James Boag’s from my home town of Launceston – but champers is always nice.

***
we’ll be keeping in touch with Matt throughout this Giro, meanwhile lets hope those kamikazes are kept on the ground by the ash cloud.