Rider Interview: Ed Hood is always keeping his eye on the ‘Young Guns’ of the peloton and his most recent ‘find’ is a young man from the Island of Granada in the Caribbean, via London. Red Walters has been racing for the UK based Ribble Weldtite team and is also the road and TT champion of Granada, Ed had to find out more. 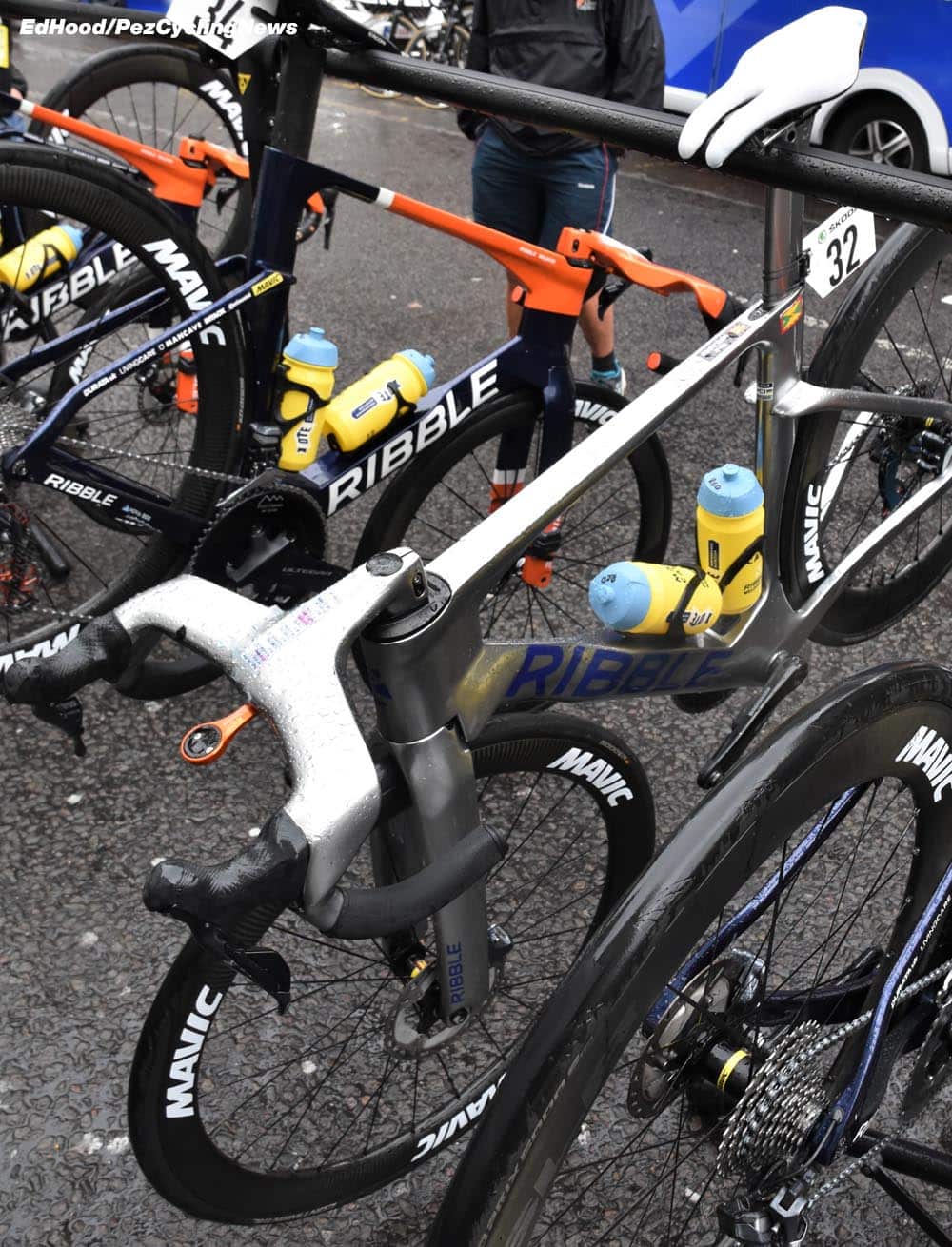 Who’s silver Ribble is that?

There we were, a wet Sunday morning in Aberdeen for the start of the 2022 Tour of Britain, doing what we do best, wandering round the pits passing critique on the hardware, strips and leg tans. Over at the Ribble team there was a rather cool silver Aero machine, one of the ‘specials’ sprayed up for lucky Ribble riders participating in the Commonwealth Games in Birmingham. Red Walters was the fortunate son, we didn’t see his neat Grenada Champion jersey though, not with everyone wrapped up against the wet conditions. 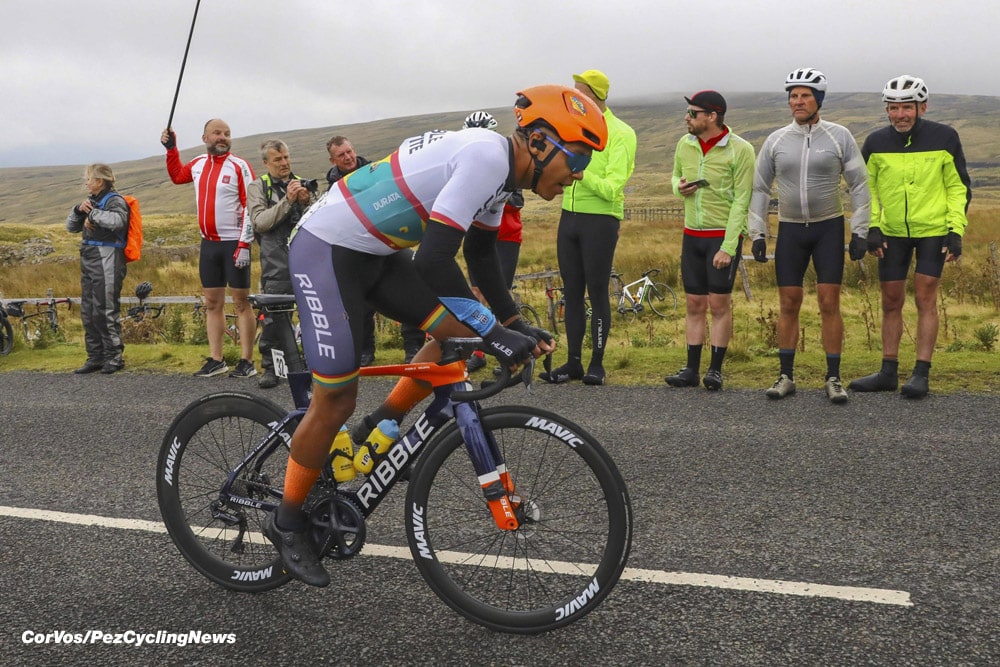 We did catch sight of it next day though, on Stage Two over the tough, gnarly, Scottish Borders hills – and pretty cool it was too. I have a bit of a soft spot for Grenada, I visited there a few years ago and really liked the vibe. I still have my, ‘Carib’ T-shirt, that’s Grenada’s favourite beer if you’re not a beverage aficionado. 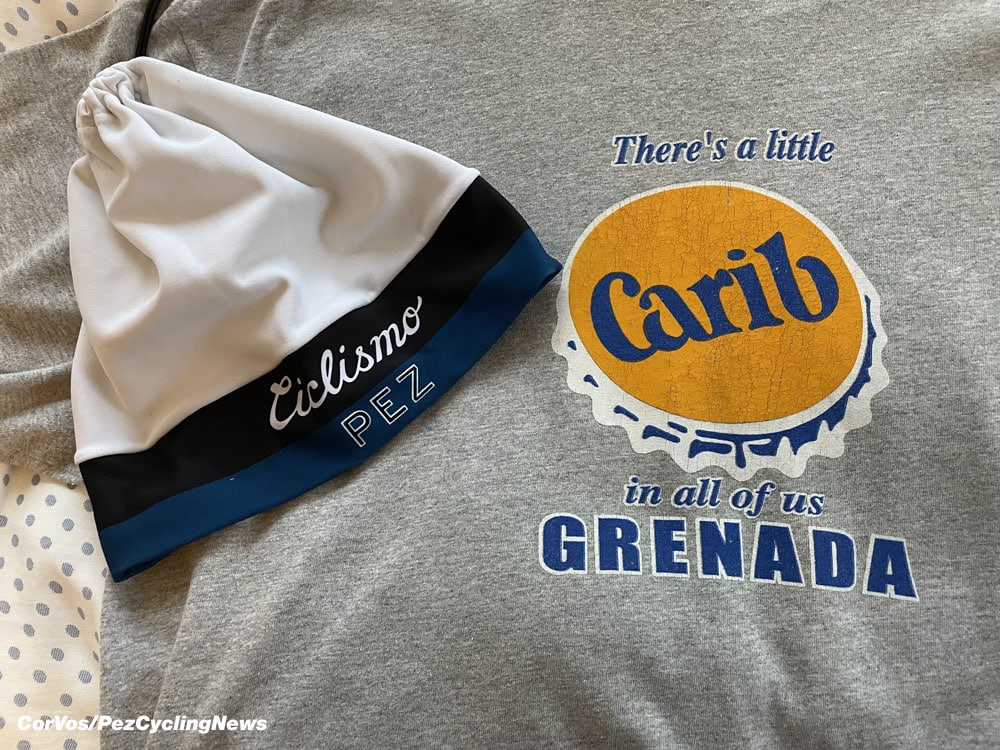 My favourite quote from my visit was from, ‘Ninja’ the taxi driver when I asked him where he was when the US Marines arrived in October 1983 after the military coup; ‘like all good, sensible Grenadians, I was under my bed!’ But I digress, Red seemed like a good interview subject especially since he’s the first Grenadian cyclist to compete at the Commonwealth Games. He was born in London with an English father but the other side of his family is from the lovely island in the Caribbean where, up until the age of 12 he used to spend a bit of time but less so in these days of spiralling international flight costs, albeit he made the trip to his ‘other’ home for the National Championships taking both the road and time trial titles.

We opened by asking the 23 years-old how he got into cycling?
Red Walters: When I was 17 years-old just after my exams I was a strong kid and needed to put my energies into something, I tried sailing but having ridden my bike to school and back I thought I would try cycling. I did a deal with my dad that if I did well in the exams he’d buy me a bike, I got the grades – and the bike. 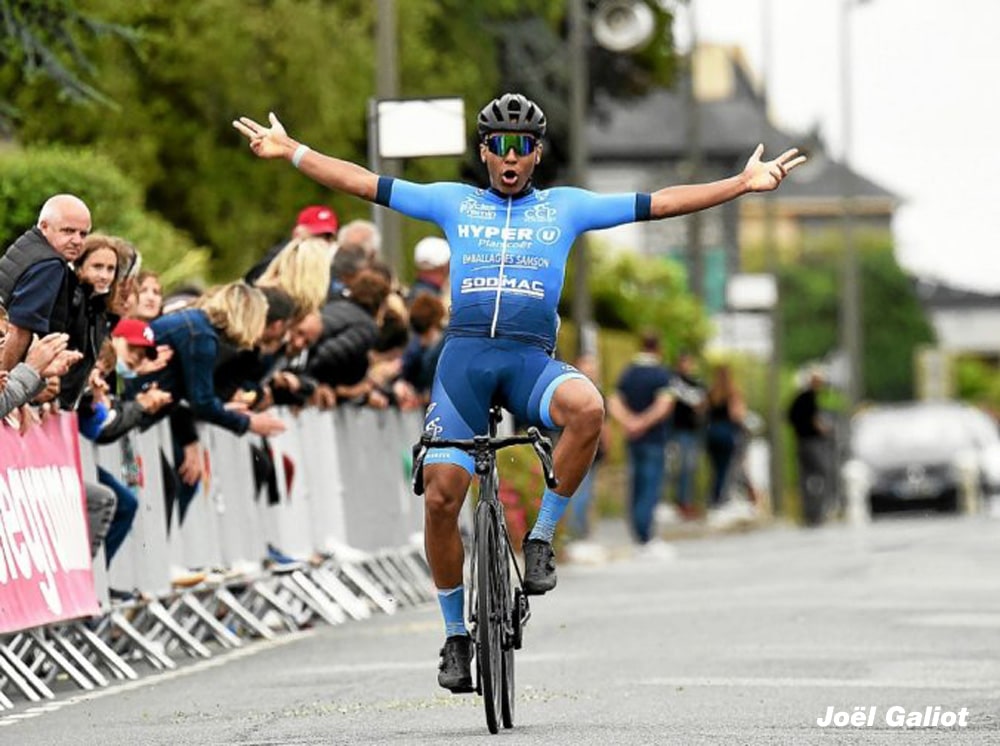 PEZ: How would you describe yourself as a rider?
Each year I’ve gravitated more and more towards being a sprinter as I’ve gained a kilo or two of muscle over each season. 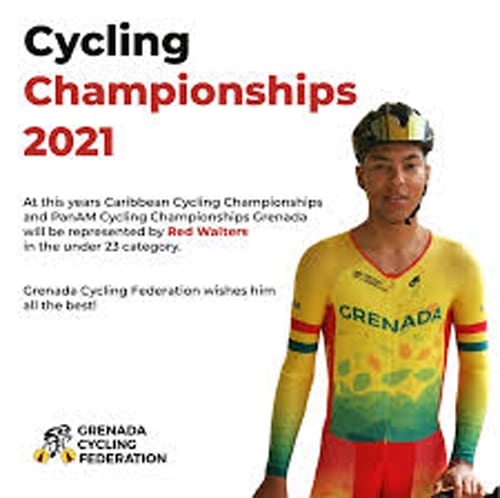 PEZ: What’s the cycling scene like in Grenada?
It’s steadily growing but it’s an expensive sport these days; there’s a good club there and some motivated guys getting groups organised and out riding. 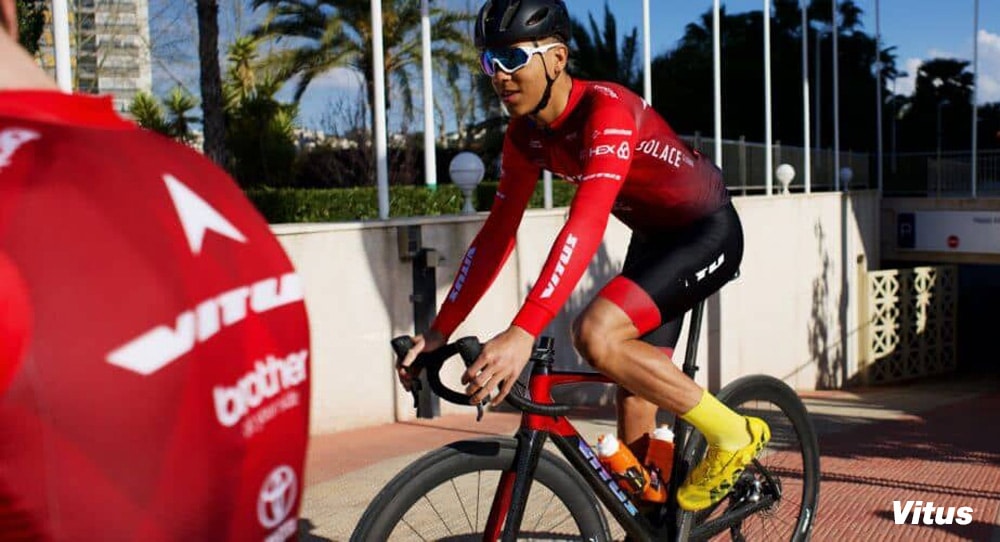 PEZ: Your first pro ride was with the British, Vitus Pro Cycling continental team in 2019.
I was lucky to get that ride, I was riding for the Sotonia Cycling Club and didn’t have a lot of results but realised that if I wanted to progress I needed to ride at a higher level on a continental team. I emailed all the UK teams and Cherie Pridham – who’s now a DS with Lotto Soudal – who was manager at Vitus got back to me and offered me a place.

PEZ: And you had a spell at top US development team, Axel Merckx’s Hagens Berman Axeon.
Yes that was 2021, the 2020 Giro winner, Tao Geoghegan Hart was behind that; he launched an initiative to give ethnic minorities more opportunities. I rode the Brussels Cycling Classic and Druivenkoers-Overijse with them but illness cut short my tenure there, I’d have loved to do more races with them, it was a great set up. 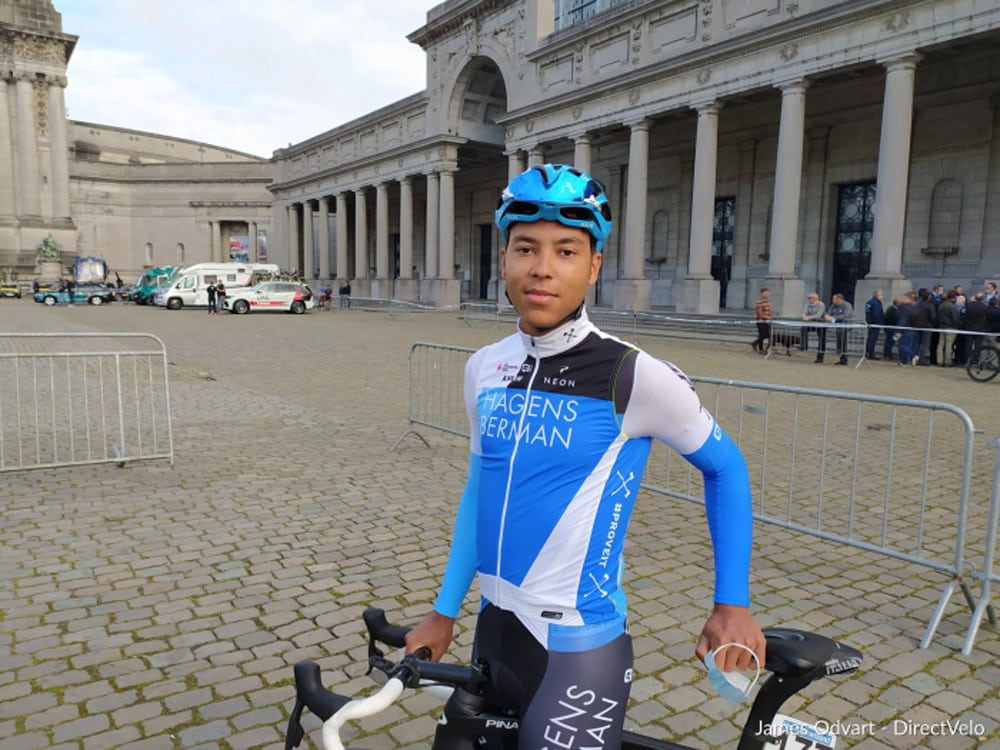 PEZ: Then Ribble Weldtite Pro Cycling this year.
Yes, that was down to my then coach, former World Professional Pursuit Champion, Colin Sturgess who was DS with team and organised the ride for me.

PEZ: The Tour of Britain among the big hitters, that must have been a good experience?
It was, it was cool to be riding against riders who have been my idols – but I didn’t get much opportunity to prepare for the race, I only knew I was going to be riding six or seven days prior when my team mate and your countryman, Stuart Balfour was forced to drop out with a broken collar bone. The Commonwealth Games was a great experience too, riding against the World Tour guys, I finished just outside the top 20 in that one. 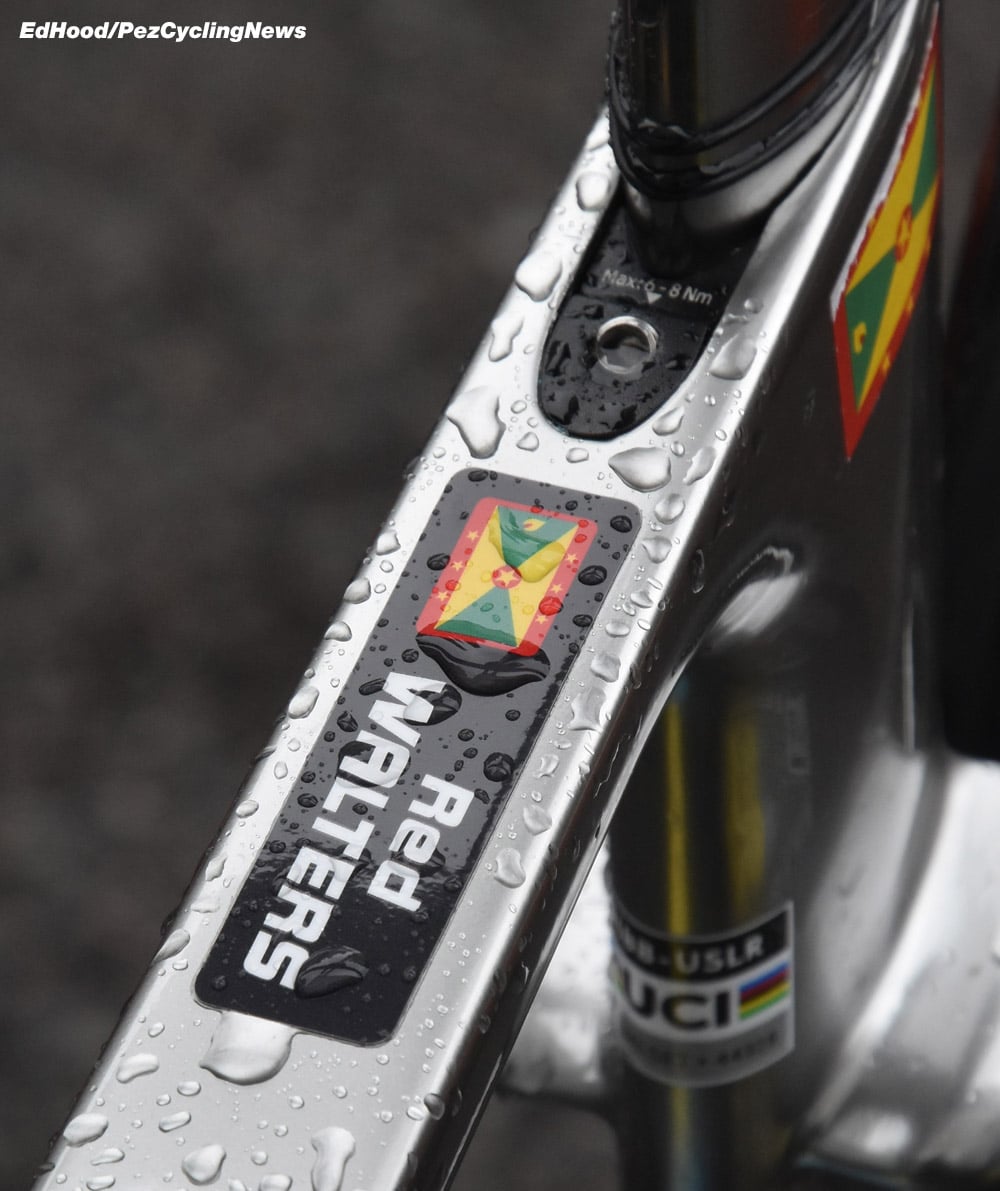 PEZ: We saw you comfortably in the bunch on Stage One of the Tour of Britain near the Glenshee finish but a wee bit off the pace on Stage Two?
Stage One was a bit of an epic, I punctured on a descent, got back but discovered I’d broken a cleat on my shoe, I didn’t have a spare pair in the car but Colin Sturgess rummaged about and got me one of my Scottish team mate, Finn Crockett’s shoes. Stage Two involved a lot of suffering over those hills in the Scottish Borders, I was involved in a crash and ended up out the back. 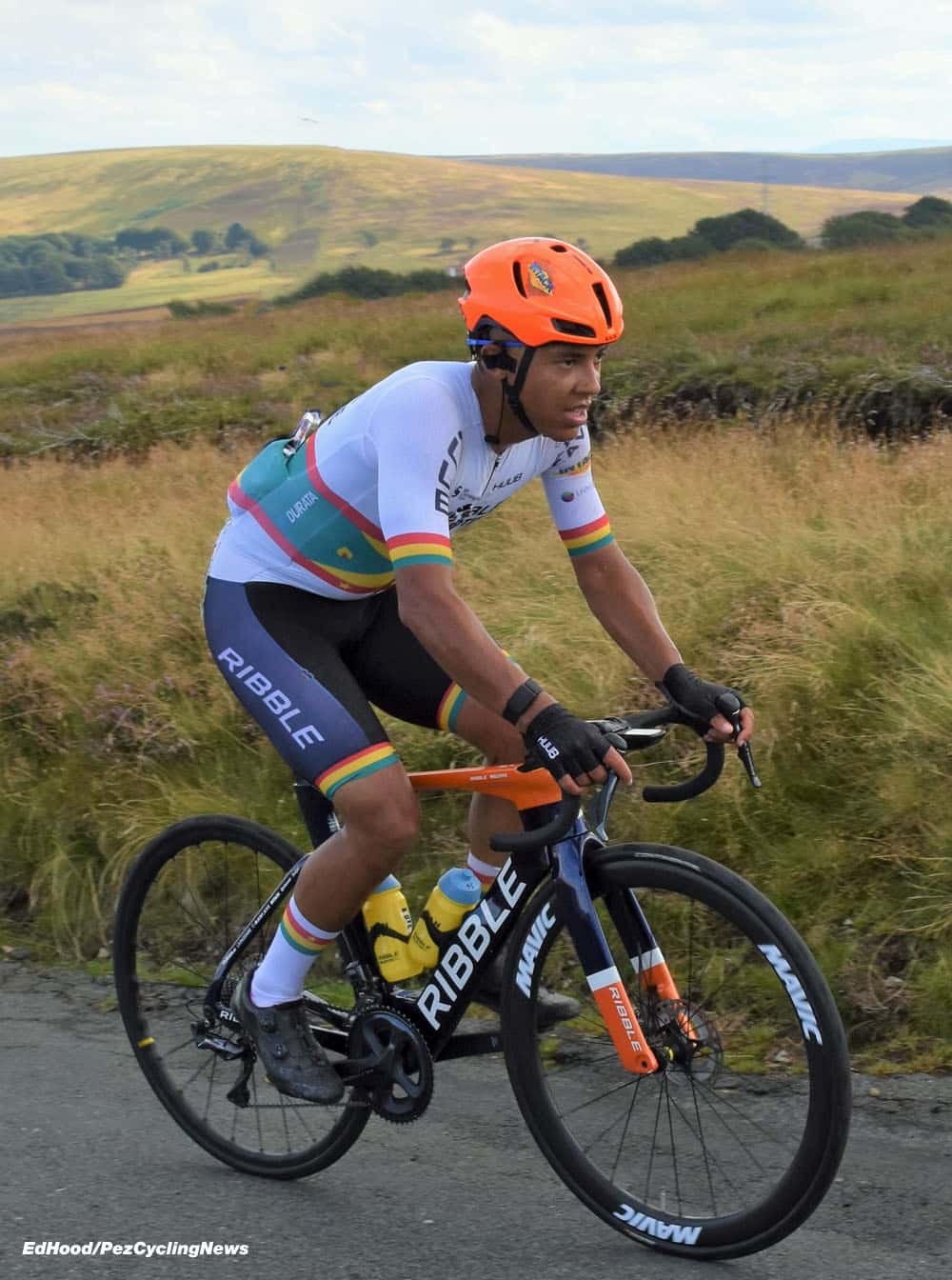 PEZ: You had a nice result in the Caribbean Championships in the Dominican Republic, recently – second in the time trial.
That wasn’t my main focus, the guy who won the time trial, Kaden Hopkins of Bermuda was 13th in the u23 Worlds iTT so he’s hard to beat. I was primarily there for the road race but suffered the worst misfortune I think I’ve ever had in a road race, in the closing kilometres I was away with another rider when my chain derailed – I ended up finishing 29th which was a huge disappointment. 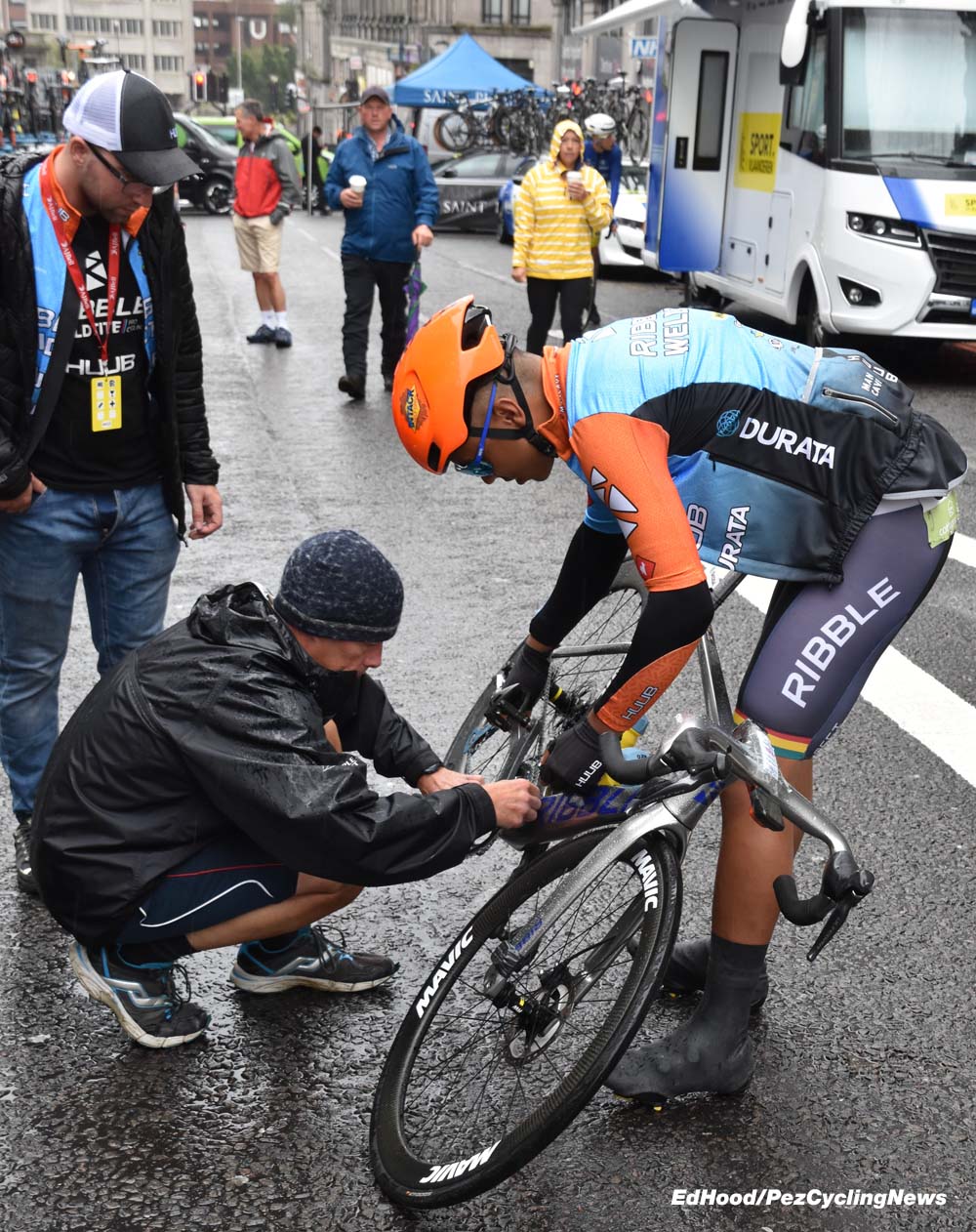 PEZ: The Ribble team folding recently must have been a disappointment too?
To be fair, we knew a fair bit in advance so have had time to get sorted with a ride for 2023. I have a place with XSpeed United Continental for 2023, it’s a Canadian registered UCI America’s Tour Continental race team, based in Belgium, their goal is to bring young racers from around the world to compete in the heart of international bicycle road racing. We have a good programme with plenty of UCi 1.2 races planned.

PEZ: Will you be based in Belgium?
No, that’s difficult in these post-Brexit days, you have the rule where you can only stay 90 days out of 180, but if I have a block of racing I’ll stay over there, otherwise I’ll commute. 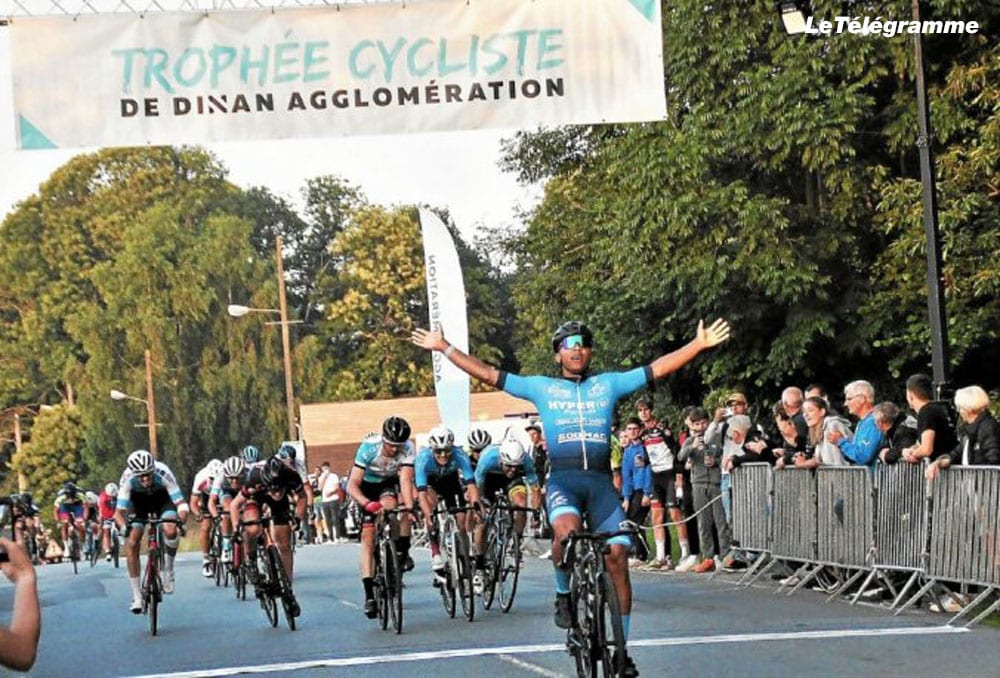 PEZ: What’s 2023 about?
The main thing is to learn to perform at a higher level riding UCi 1.2 and pro kermis events in Belgium. I also want to continue competing for Grenada, the Pan Am Championships in Panama is a race I’ll be targeting, I crashed out the last time I rode it. And I’d like to ride the Worlds in the colours of Grenada. 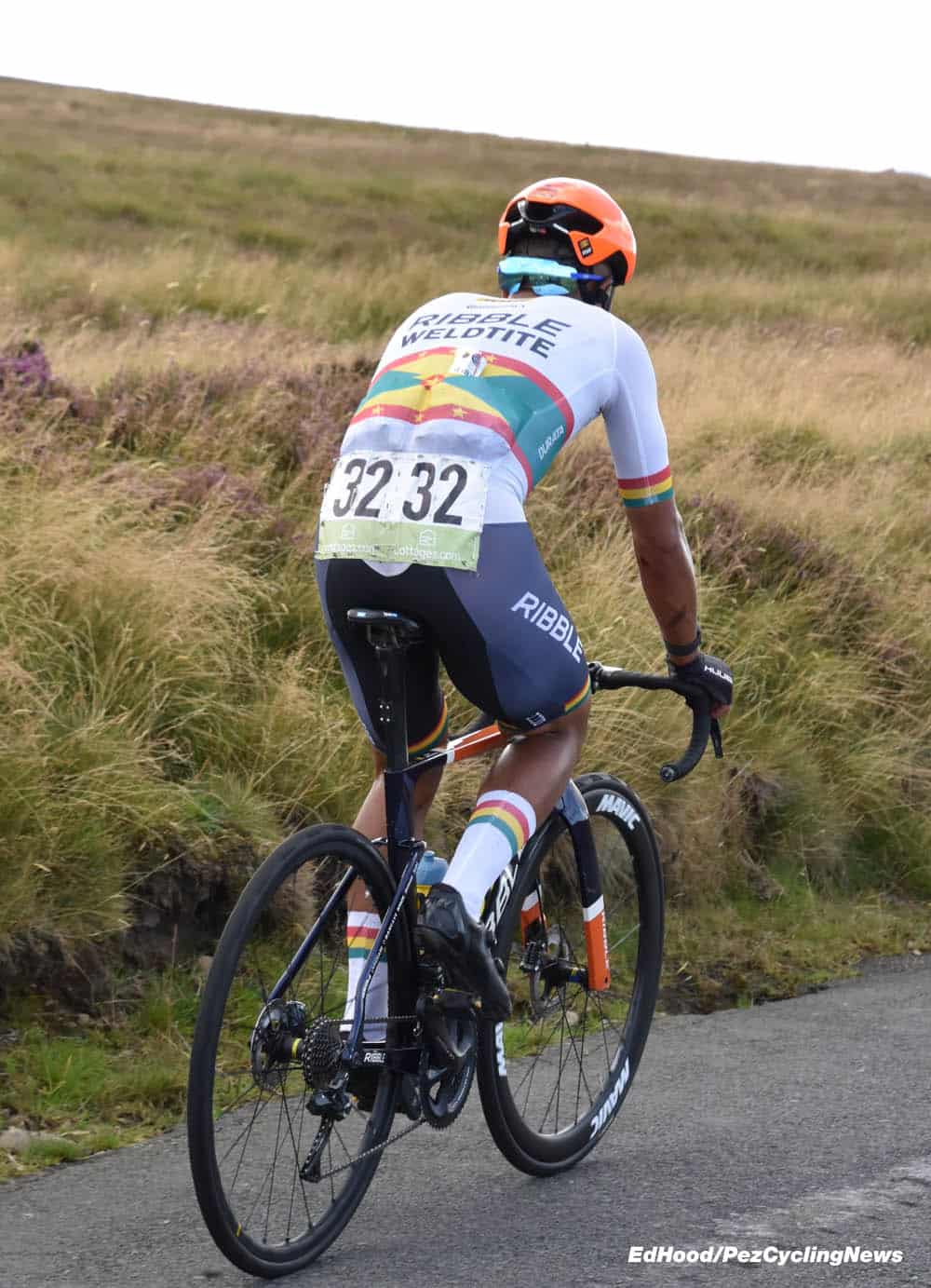