Rider Interview: There seems to be a lot of young British riders turning pro recently: Jake Stewart and Matthew Walls, to name two. Ed Hood caught up with Lewis Askey, who is with the Continental Groupama-FDJ team and, hopefully, heading towards a pro contract, to hear how he faired the Covid-19 lockdown and life with Groupama-FDJ. 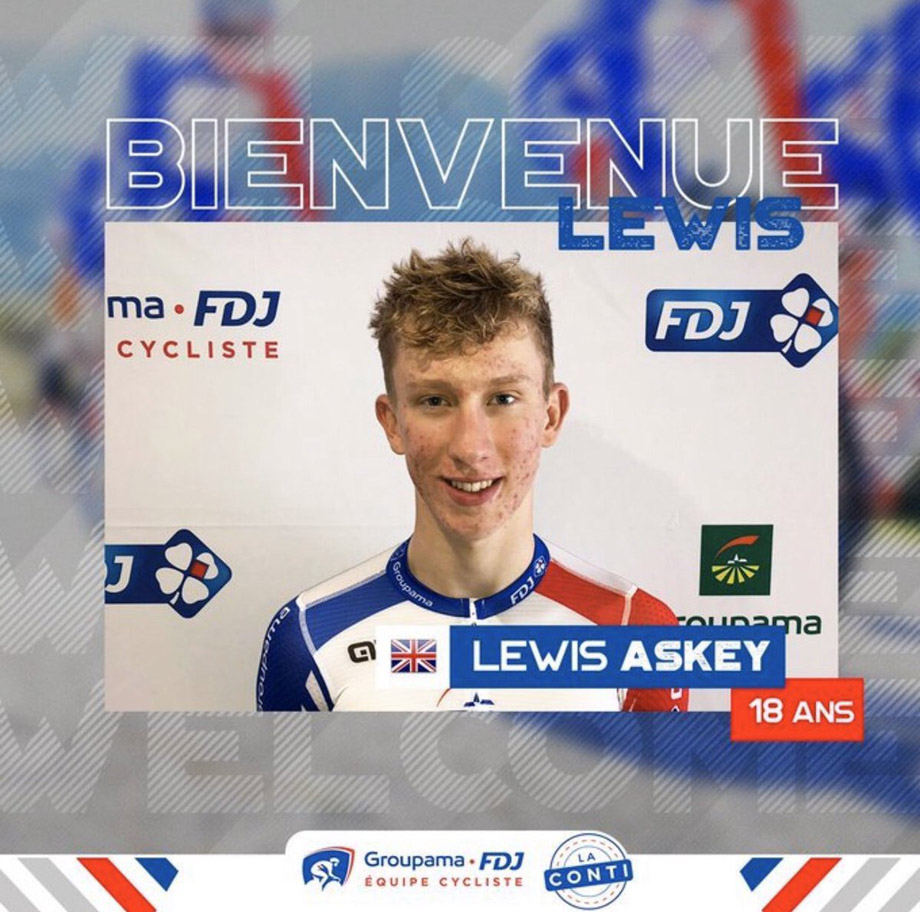 We’ve been big on the ‘retro’ lately – for obvious reasons – but with the season starting to come back to life we’ve been speaking to one of the, ‘men of the future’.

Englishman Lewis Askey is just 19 years-old and probably best known for winning the 2018 edition of the junior Paris-Roubaix; for season 2020 he’s with Équipe continentale Groupama-FDJ, based in Besançon. When we spoke to him he’d just returned from a six-and-a-half hour 205 kilometre training jag out towards the Swiss border with the full équipe.

We kicked off with that ‘old faithful’ question; ‘how did you first get into cycling?’
Lewis Askey: I’ve been cycling since before I can remember, apparently I had my stabilisers off before I was two years-old. We live near Cannock Chase and there was always cycling – my dad was into it and my mum did triathlons so I had ‘sporty’ parents. 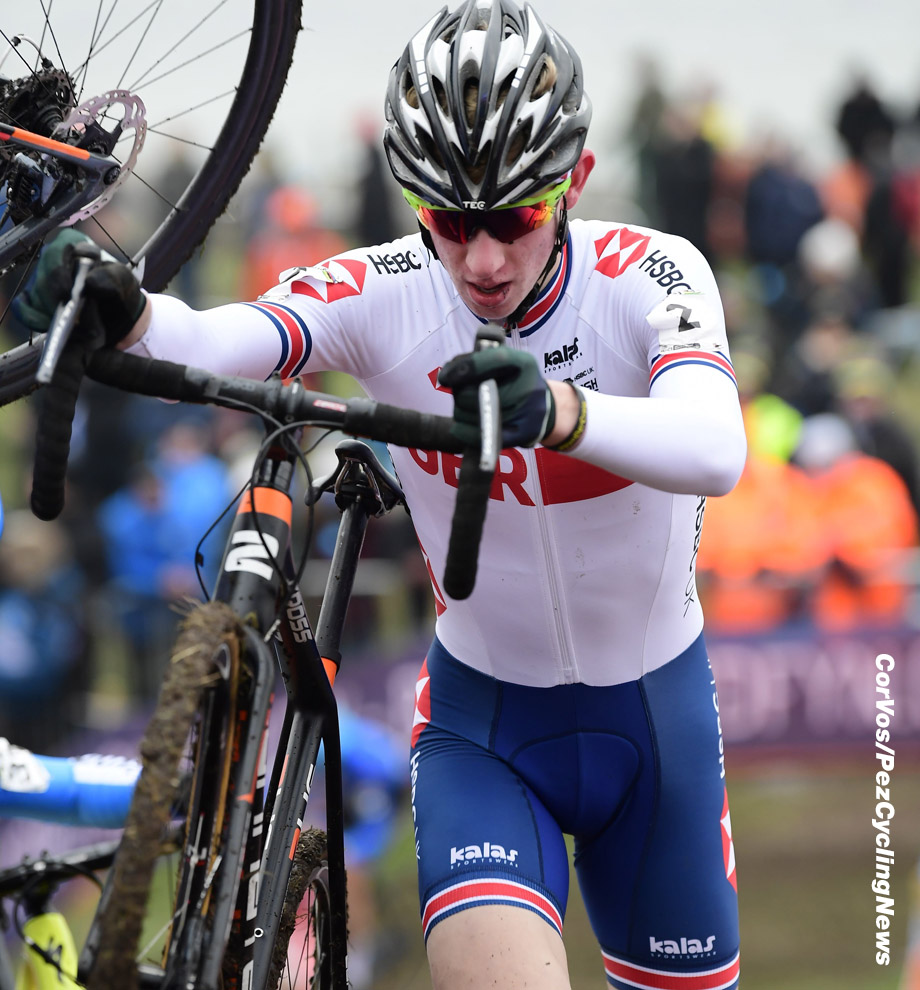 PEZ: You’ve ridden the track and ‘cross as well as the road.
I was on the British Cycling Junior Academy and track was a large part of that, good training but it’s not my absolute favourite, I prefer the road. As for ‘cross, I just enjoy competition; not racing in the winter would be tough – I like beating people and it’s good for homing your bike handling skills. If I’m honest, my favourite discipline is MTB, I’d love to compete at World Cup level, I think it suits me better than ‘cross? 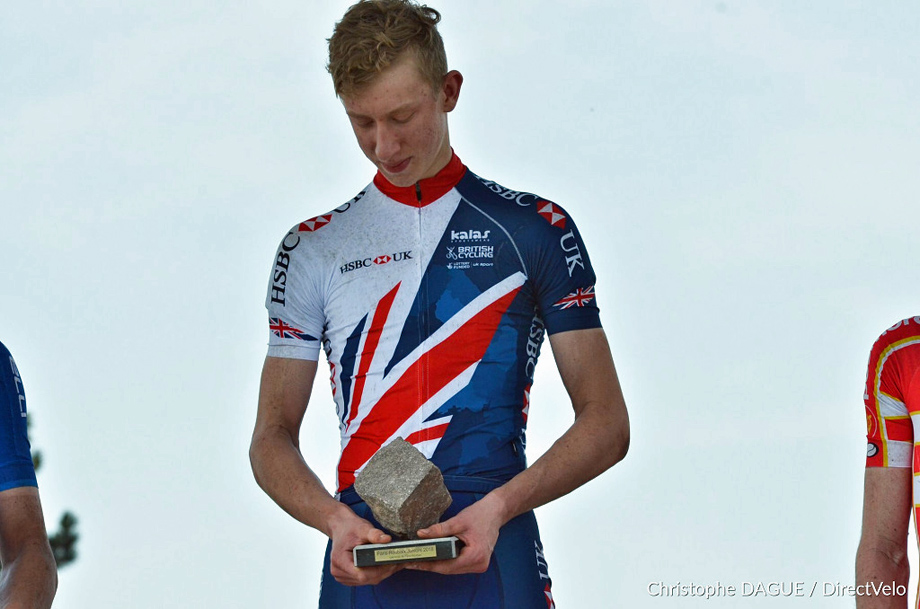 With a junior Roubaix cobble

PEZ: That junior Paris-Roubaix win in 2018, tell us about it.
That’s something that will stay with me for the rest of my life, no matter what happens I can always say; ‘I was once pretty good.’ I used to watch Tom Boonen on TV in the race and imagine what it must be like to ride it. It was a crazy day, I had good legs and was in the right places when it mattered. The adrenalin was pumping when I took that double right hander into the velodrome, there was a big crowd and I knew I could win. When I think back it still motivates me. 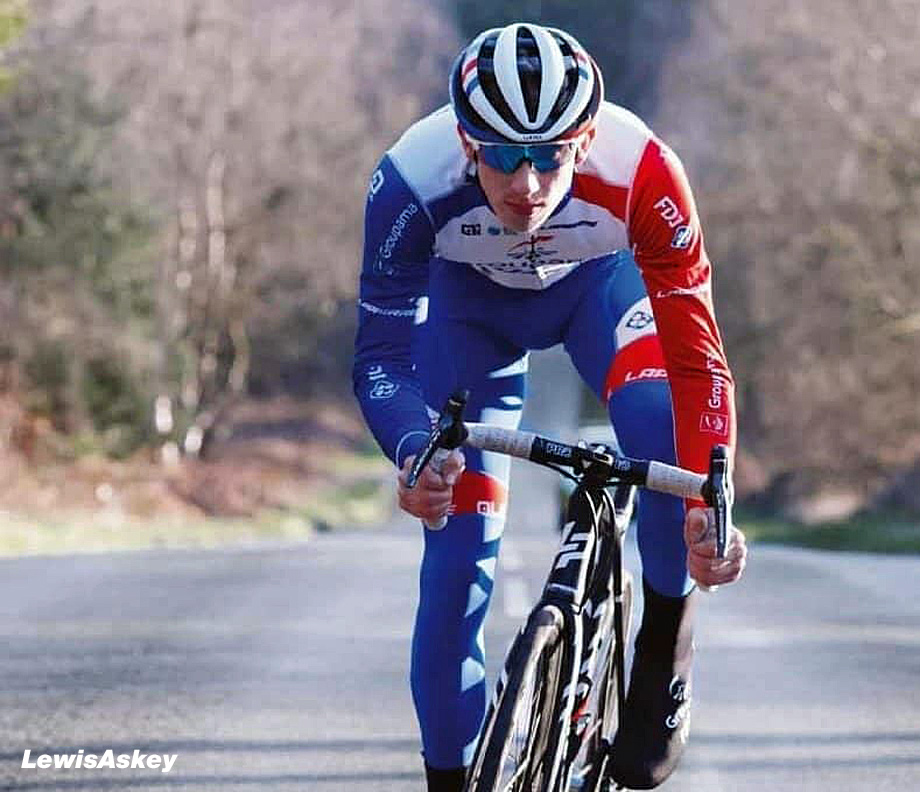 PEZ: Season 2019 also started well for you; sixth in Kuurne-Brussels-Kuurne, fourth in the Guido Reybrouck Classic and second in Gent-Wevelgem.
It was a nice start, yes, I was happy with my consistency but there were races I could have won but didn’t – however, the rides I did are what got me here. In the Reybrouck Classic I should have been top two whilst in Kuurne I snapped a bike, I wasn’t riding for the Academy in that race but they gave me a bike, then I crashed and couldn’t sprint on the dodgy rear wheel I had, so a lot of ‘buts.’ 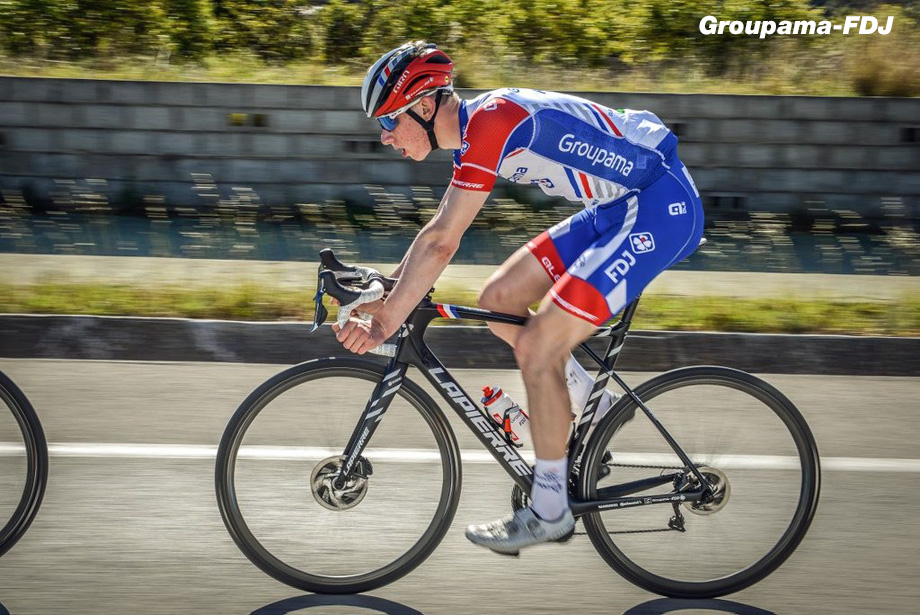 PEZ: ‘Only’ eighth in the 2019 Paris-Roubaix, disappointing?
Disappointed, yes – I believe I could have won again but the race just didn’t go our way with punctures and crashes – we missed the break and I tried to bring it back for Alfie George, I lead him out and he was just shy of catching the podium places at the line; he took fifth and I was eighth.

PEZ: How about that horrible day in Harrogate for the Worlds and 22nd spot?
It was an awesome day, I like conditions like that. It was a great experience, a home Worlds with all the lads from the Academy there too but I just couldn’t do anymore; I was popped off Quinn Simmons wheel and he went on to win. 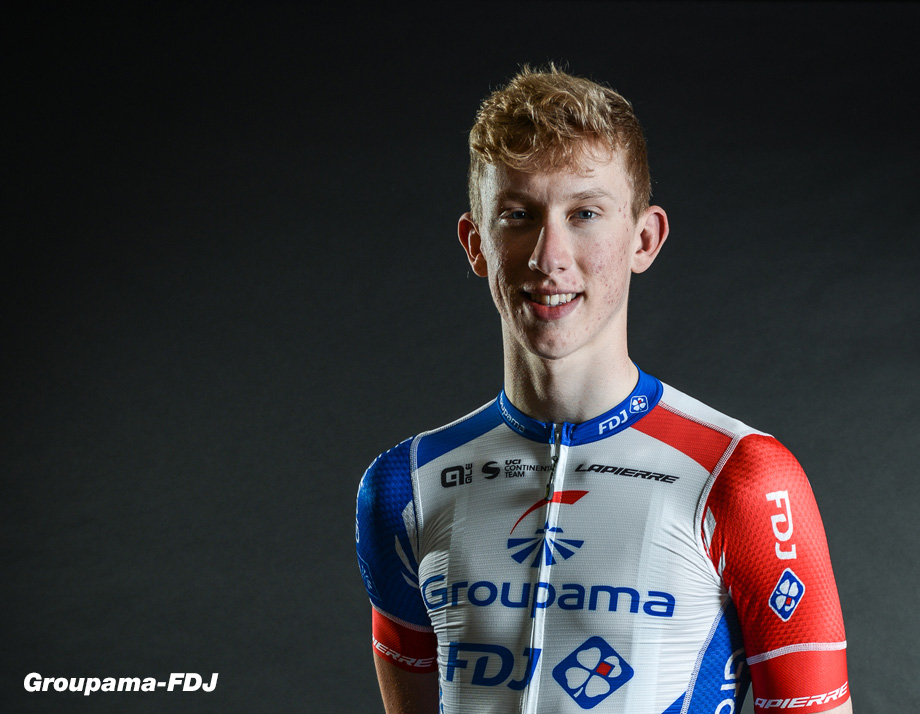 PEZ: Two 2020 races before ‘lock down,’ Ster Van Zwolle – Uci 1.2, 34th place and Le Samyn – UCi 1.1, 54th spot – tell us about them.
I’ve not been on my best form but had been really looking forward to the Triptyque des Monts et Chateaux in early April, that’s a u23 three day with a time trial included – we did a TT effort in training recently and I was fastest. In Zwolle I got my head kicked in, the Dutch guys all know where to be in the right place, I had decent legs but was nervous, scared to miss out and I was going with everything. That’s OK with the juniors but over 180 kilometres there’s a bit of a difference. I was in the second echelon and gave everything to get across to the first one after 90 minutes of racing; I should have been patient, stayed in the second echelon – but I’m learning. The Samyn was only a few days later so I was still a bit battered from Zwolle but was starting to feel better. I was in a break of 20 with five Deceuninck riders on the first cobbled sector but some of the big teams missed it and pulled it back. It was pretty manic, you have to be at the front on wet, cobbled corners – on the last lap I was pretty tired after 200K but it was a good week of racing. 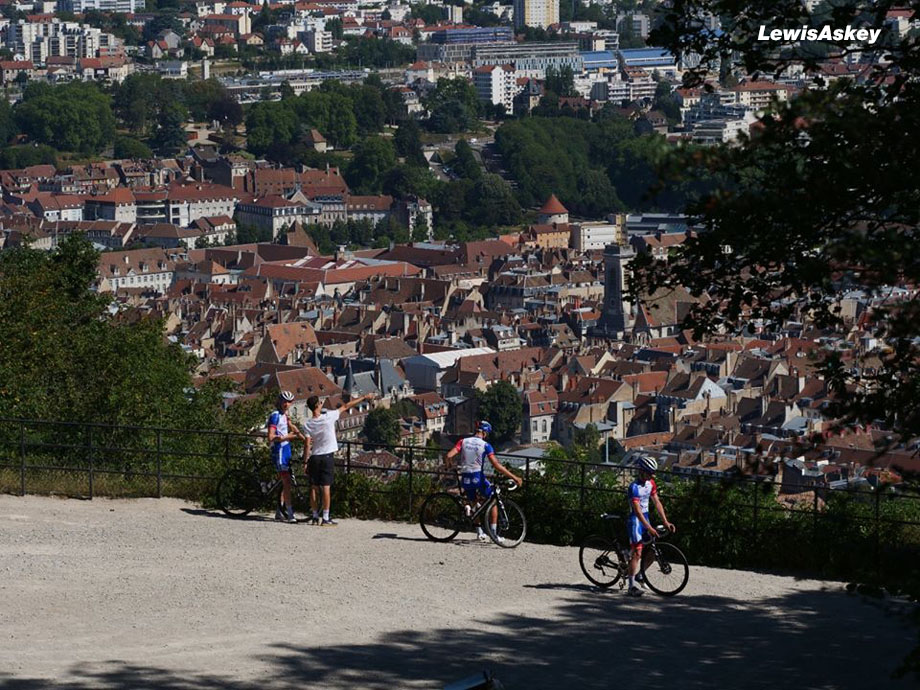 PEZ: How did the Groupama-FDJ ride come about?
As a junior I was looking at my progression, I could have gone to the GB u23 Academy but I was fortunate that I wasn’t short of options and I decided that this was my best choice. The fact that Jake Stewart was already here with the team and I could pick his brains was a big influence upon my decision. Last year I flew out to Besançon to see what was what and when I weighed everything up it was the best option, I didn’t want to focus on the track with the Academy. I have my own apartment in the city and a lot of flexibility on what I can do – I can ride MTB here and do ‘cross in the winter. The team’s facilities are world class; the service course is here, the gym, coaches – it’s a real hub. The coaches live here in Besançon and each one has his own handful of riders to look after. 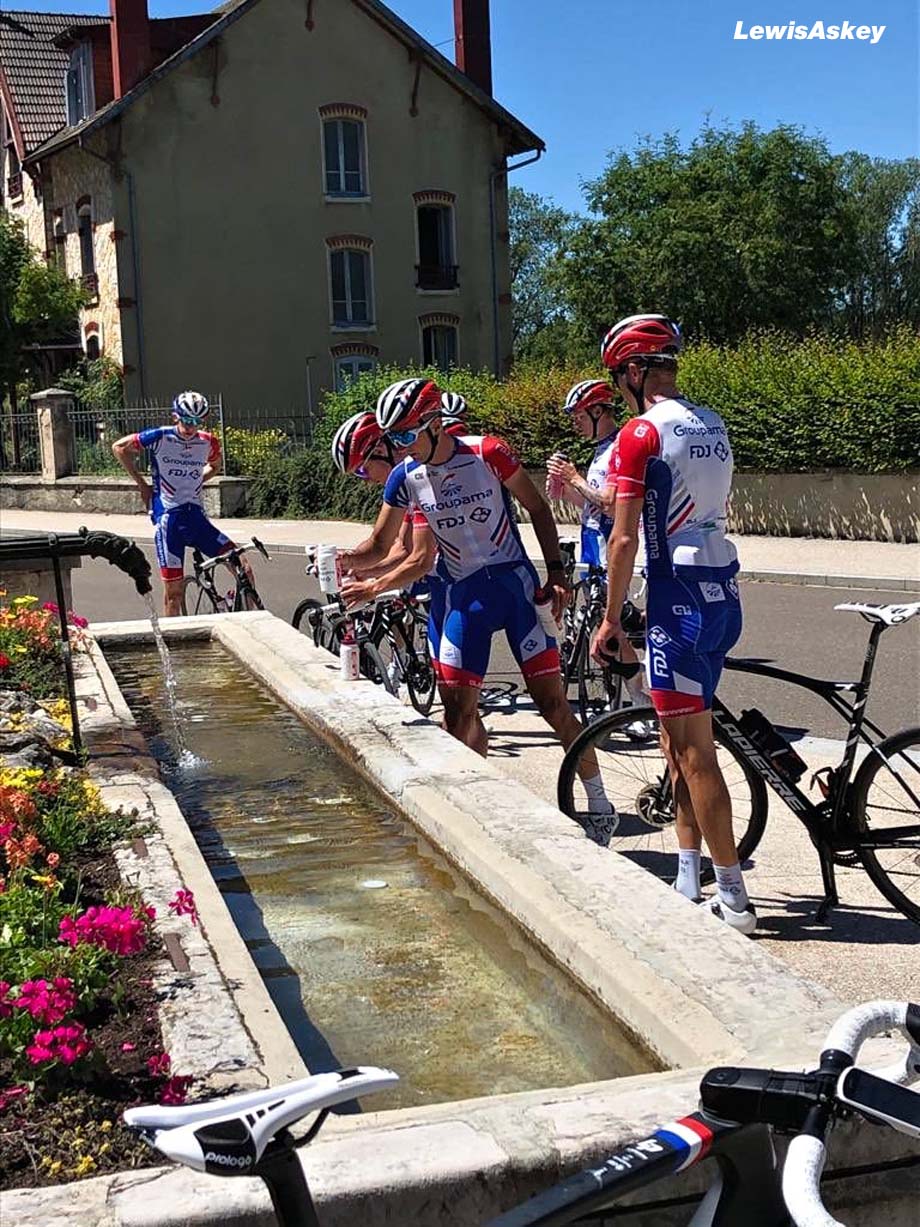 PEZ: How was ‘lock down’ for you?
The team was very good, allowing us to go home to our families for the lock down, not be stuck in France. I spent a lot of time at my girlfriend’s house in Wales, there’s a lot of space there and even though there were no races I don’t think I was affected too much. It was an opportunity to step back and do different stuff; running, BMX, stuff I would normally do in the winter – I even managed to play some tennis. There were a lot of people in worse situations than me and I think I’ve come out of it no worse for the wear. 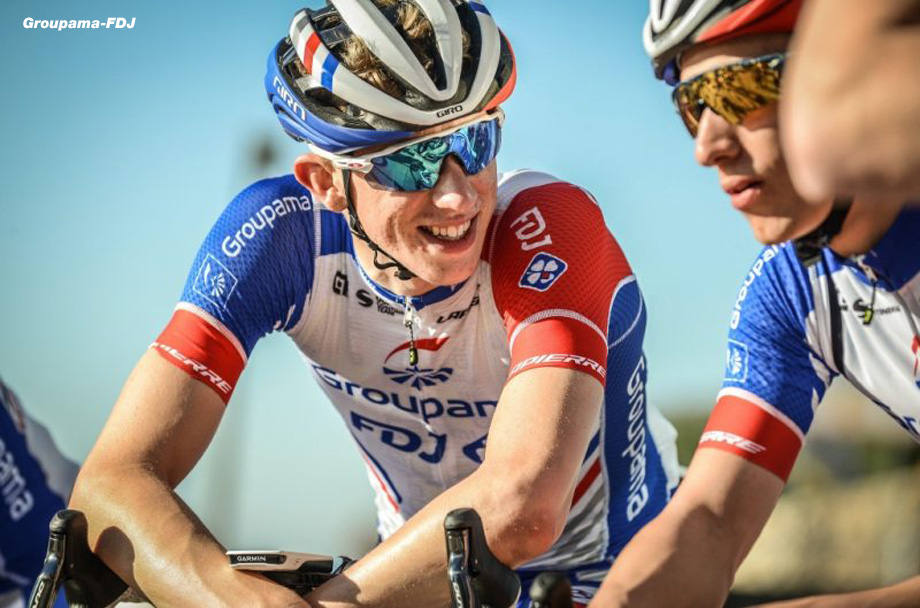 PEZ: How was team communication during lock down?
Really good, we had an over view plan for a 15 to 20 week period to get back into action – management were ringing everyone in the team regularly to keep in touch and keep them involved.

PEZ: How’s the lingo coming along?
I perhaps didn’t do as much as I should during lock down but I do see a tutor once each week; my grasp is OK, not atrocious, my reading’s not bad and by the end of the year I hope to be able to understand most of what’s going on. 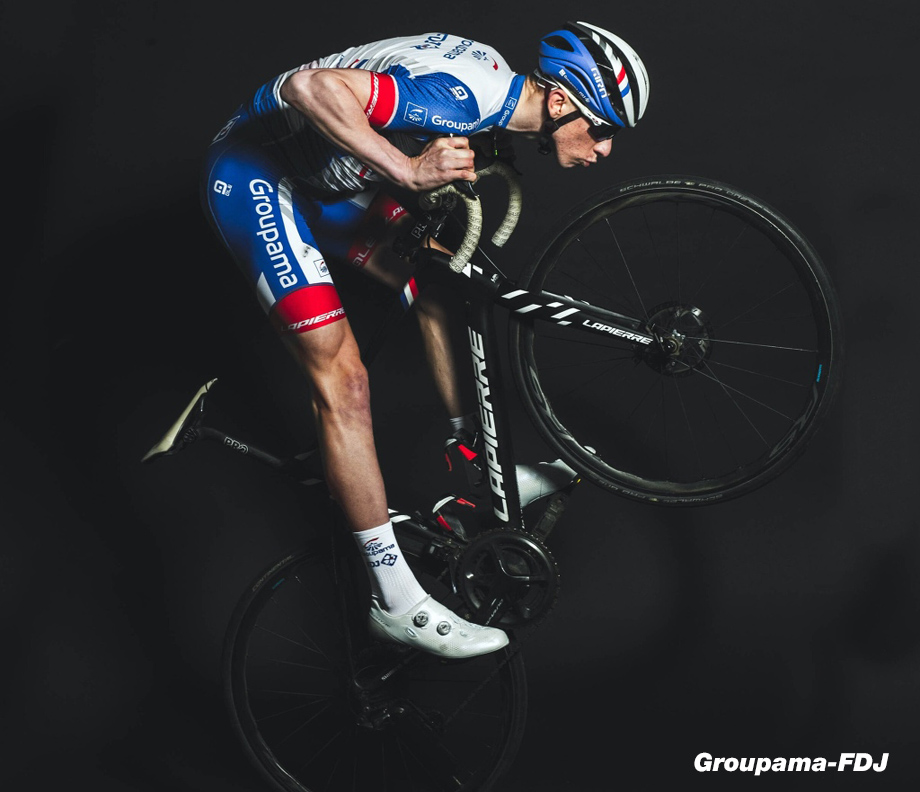 PEZ: Now that the season is about to kick off again, how’s the programme looking?
Manic! Our first race is on August 6th and we race every weekend from there until the end of the season. I won’t be doing l’Avenir, GB will be Tom Pidcock and the Academy lads but when I came here I knew I might not get opportunities with the GB team. I may get a ride in the ‘Baby’ Giro but we have 10 riders chasing six places so I’ll have to justify selection. But I have a fair chance of riding Paris-Tours and Piccolo Lombardia so it’s going to quite a spell of racing…

# A young man, ‘living the dream’ – we’ll be keeping an eye out for him on those results pages. Check out Lewis’s website HERE at www.askeysantics.co.uk. Lewis has been helped, like so many other aspiring young riders, by the Dave Rayner Foundation. # 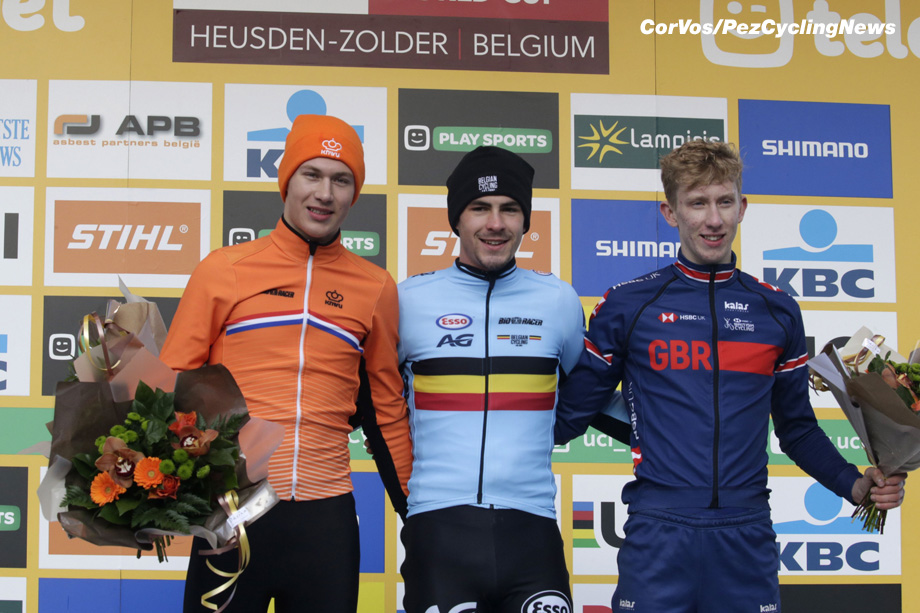