When you spend all winter training your ass off, dreaming of glory in the summer, there have to be some energising tunes belting in the background to help you keep the pedals spinning. This story has been lurking in the archive waiting for what Captain Jack Sparrow would describe as the opportune moment. After our interviewee won a Grand Tour TT, that moment has arrived …

When I first interviewed Giro d’Italia TT stage winner Gustav Erik Larsson, our conversation spiralled off into debating the merits of Ozzy Osbourne-era Black Sabbath versus the Sabs when the late great Ronnie James Dio took over. I knew I’d met a kindred metal spirit, so I asked Gustav to put together a classic rock top ten to fire up any training session. Here’s what he came up with … and not a dodgy Euro disco hit anywhere in sight.

A big thanks to Gustav for entering into the spirit of a more off-the-wall interview than normal, and for delivering his choices in a Casey Casem-style countdown. 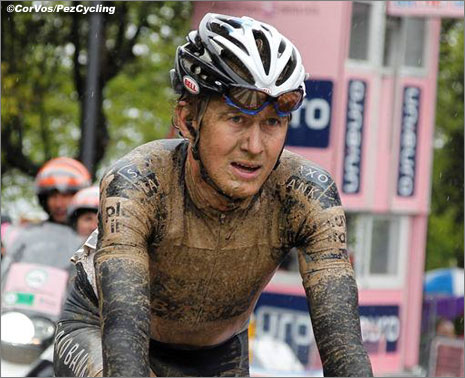 10 – Manowar: ‘Kings of Metal’
OK, at number ten we have Manowar with Kings of Metal. What I’ve heard of them is really good. It’s a good introduction to heavy rock for a people who don’t know so much about it. It’s really melodic. You can get into it really easily.

9 – Twisted Sister: ‘I Wanna Rock’
You need to have some poodle rock in every top ten. It’s a good song and everyone has heard it on radio. It’s so easy to get fired up to it! A good choice. 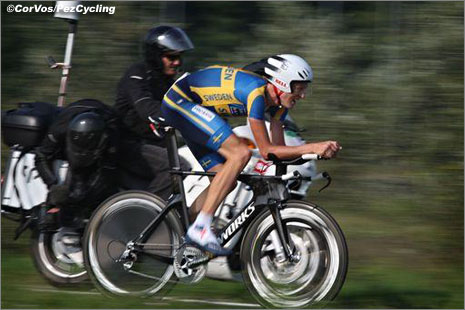 8 – Black Sabbath: ‘Sabbath Bloody Sabbath’
This is quite a long song, with some twist and turns. Great bass line from Geezer Butler, good music. A little bit depressing maybe!

Black Sabbath was very big in Sweden, a bit before my time. Around the early ’80s was when metal was really big here, I was just a kid then, I’m not that old!

7 – Dio: ‘Rock ‘n’ Roll Children’
Dio has a lot of classics, like Holy Diver, a lot of good stuff. He’s very melodic – all the metal I like is nice to listen to, because I’m into the melodies. I haven’t seen him live but my brother saw him. He was fantastic. [This was before RJD passed away.]

I would love to be a vinyl collector, but it is so daunting looking at the high prices of some vinyl, and getting hold of good quality recordings. I prefer the old sound. I’m a guy who never listens to MP3s …. I think the quality sucks. Even although most heavy metal is not really good quality recording, especially some early stuff, I think you need a good quality format to get ‘the sound’. 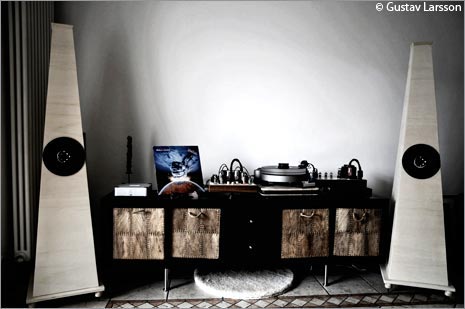 Pez: In fact, Gustav ‘converted’ from digital to analog, building his own amps and speakers as a little off-season project! 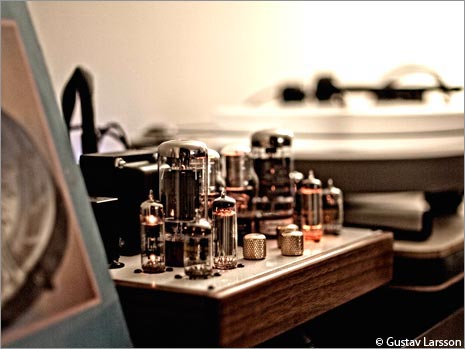 6 – Helloween: ‘Keeper of the Seven Keys’
Actually, it’s a really long song. It goes through so many changes of tempo, but always stays melodic. Some of the Helloween production is great – they have a great sound.

Living by Gemla, a very small place in Sweden, we didn’t get to see so many of these bands. Iron Maiden was one of the only bands that passed by that I could have seen, but, of course, I wasn’t able to go. Like with Dio – when he played I was away racing.

5 – Ozzy Osbourne: ‘Ultimate Sin’
It’s a really good song. It has a fantastic intro with those drums hammering. It can get you going. I think I prefer Ozzy as a solo artist to Ozzy in Black Sabbath. The funny thing is that after his wife, he seemed from the TV show that he is the next most reasonable guy in the family which is actually pretty scary. 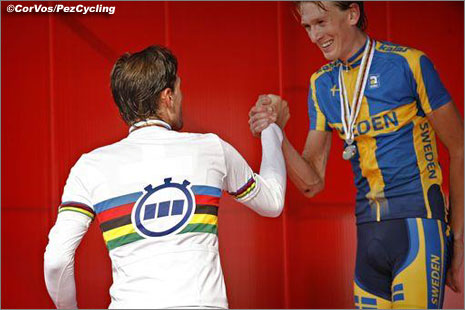 4 – Halford: ‘Made in Hell’
I love the new stuff Rob Halford came up with after he left Judas Priest, and this is a great example. It’s not super fast, like people think metal always is, but it has a ….. sound that I like. It’s not always easy to describe why you like some music. You just have a feeling.

3 – Metallica: ‘… And Justice For All’
This is a classic album from the end of the 80s. I have this on for my training sometimes. Again, it’s not a fast song, but it’s a very heavy tune. If I was advising anyone to listen to Metallica, I prefer the older stuff like Kill ’Em All and Master of Puppets. A lot of that stuff is on when I’m training.

I don’t have specific songs for training. I only really listen to music when I’m doing my intervals. I don’t use an iPod on distance rides or anything like that. I do intervals in the garage on a special test bike during the winter time. I have a stereo set up for when I want to train hard. I don’t use headphones – I can crank it up!

Veronica (Andreasson, Gustav’s girlfriend) has gotten used to the music, and she likes some of it. She doesn’t listen to that sort of music when she’s not training, but when we’re training she’s OK with it. 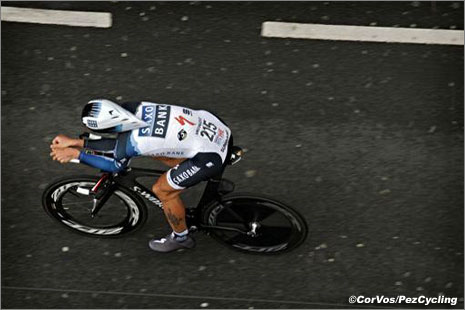 Being the age I am, I missed a lot of the stuff from this era. But that means I can always be ‘discovering’ bands. 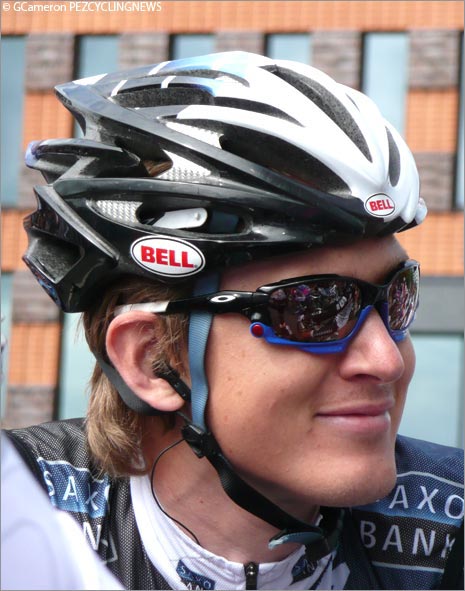 1 – Judas Priest: ‘Painkiller’
I have trained to that whole album for a lot of years now. The album is great, but that one song …. I like it because I think I need a ‘Painkiller’ when I train really hard. It’s incredibly fast, I love the guitars and the drums. It’s like an adrenaline rush listening to that so it’s perfect training music!

I love classic metal, but I’m open to new ideas and tips, too!

A big thanks to Gustav for taking the time to do this interview with us. You can keep up to date with Gustav on his Twitter feed at Twitter.com/gustavveronica

Gustav suffered a minor setback with the announcement of the Saxo Bank Tour de France team. Larsson was left off of the team after much discussion, debate, and worry by team manager, Bjarne Riis. Larsson wasn’t to be kept down though – he followed that news with his own news: a win at the Swedish Time Trial championships.
Like PEZ? Why not subscribe to our weekly newsletter to receive updates and reminders on what's cool in road cycling?