Rider Interview: Ed Hood interviewed ‘young gun’ Harrison Wood at the end of 2019 and back then the man from Devon, in the south of England, was racing in France and looking to the future. Jump to the end of 2022 and Harrison has signed a contract with the Cofidis WorldTour team for 2023. Ed got the full story. 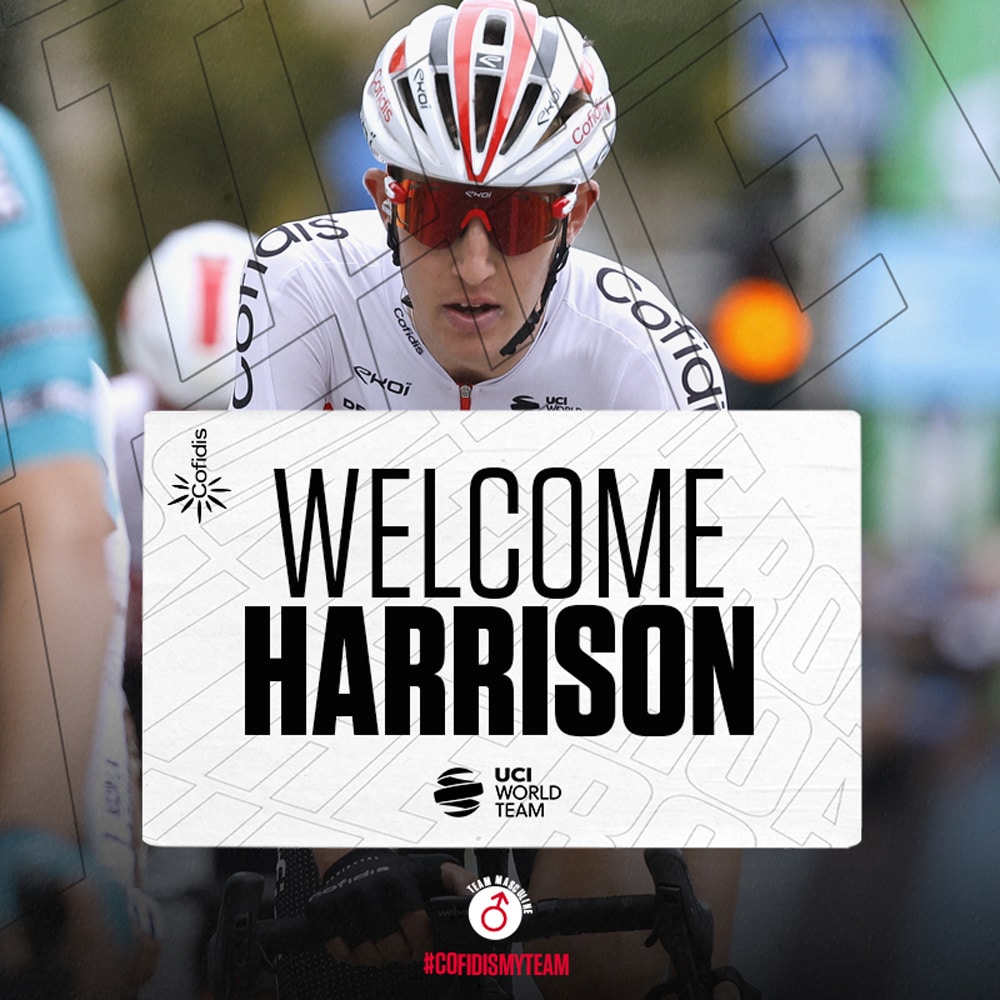 There’s the ‘new way’ to do it – show some talent, get on one of the National programs, ride the track, get some results, go the road where you get taken to Nations Cups – and if you’re good enough, INEOS will snap you up. Then there’s the ‘old way,’ get a ride with a Belgian/French/Italian/Spanish team – maybe the Rayner Fund helps you? You show some promise and a bigger team takes interest – then come the knocks; the teams folding, the broken promises, the crashes. . .

But you pick yourself, dust yourself down and keep going; one of the big teams catches sight of you, they give you a stagiaire place, you ride yourself into the ground for them and they ask you to ‘sign here.’ We’re not saying the ‘new way’ is wrong, and ‘bon chance’ to the lads who get the chance; but there’s little doubt which route builds the strongest character. 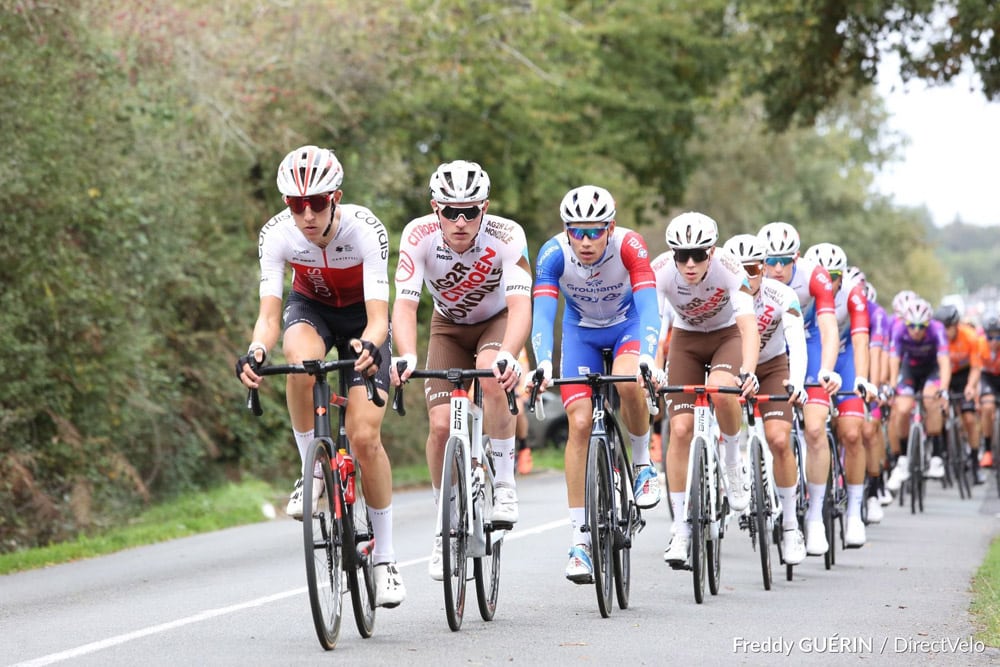 On the front for Cofidis

Harrison Wood first appeared in our pages back in 2019, he’d had a good year and had been taken on my top Dutch development squad, SEG racing. Then came Covid and SEG folded; but God loves a ‘trier’ and for 2023 the 22 years-old from Devon will be part of the much improved Cofidis equipe, here’s how it happened:

PEZ: Congratulations on the contract, sir. And the first question, or Jos Ryan makes my life a misery – are you a ‘Rayner Fund Man?’
Harrison Wood: Yes, since my first year as an under 23, so that’s four years, it’s been very helpful and I think that without their support I wouldn’t be where I am now. 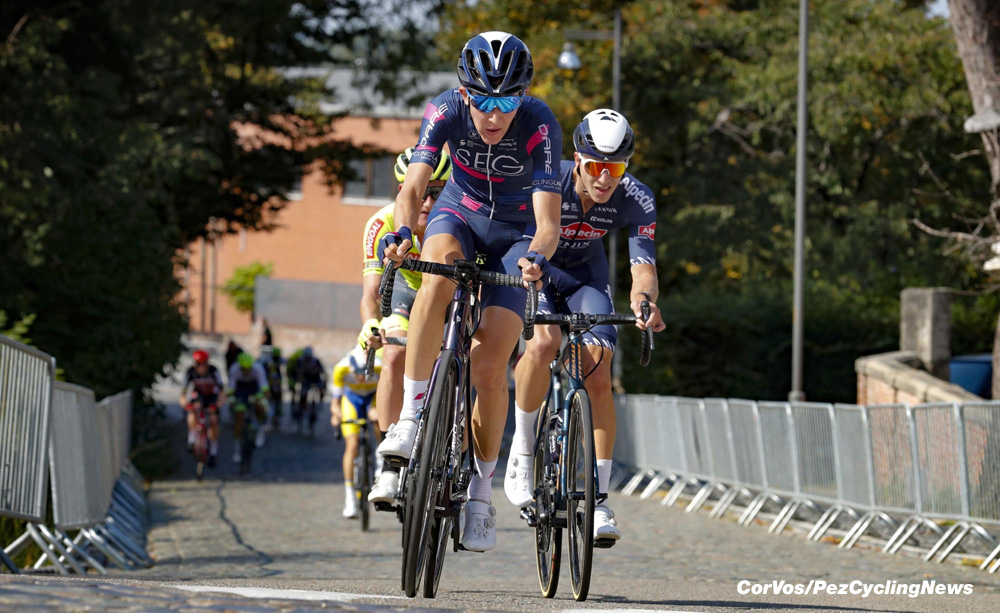 PEZ: When last we spoke you were on the brink of going to SEG, tell us about your time there.
It was really good, I learned a lot, it operated just like a professional team – how to act professionally, team work, how to cope with big races. The only thing was that I could have done with more racing, this year I’ve done more racing and feel the benefit of that – it’s what I need.

PEZ: SEG folding must have been a disappointment?
Yeah, it came as a surprise, we were at the Tour of Alsace prologue in July when we were told – but I guess it was a blessing in disguise because it took me on the road to where I am now. I spoke to my old manager at the Aix-en-Provence club where I was prior to SEG and he said he’d be happy to have me back, that took the pressure right off. 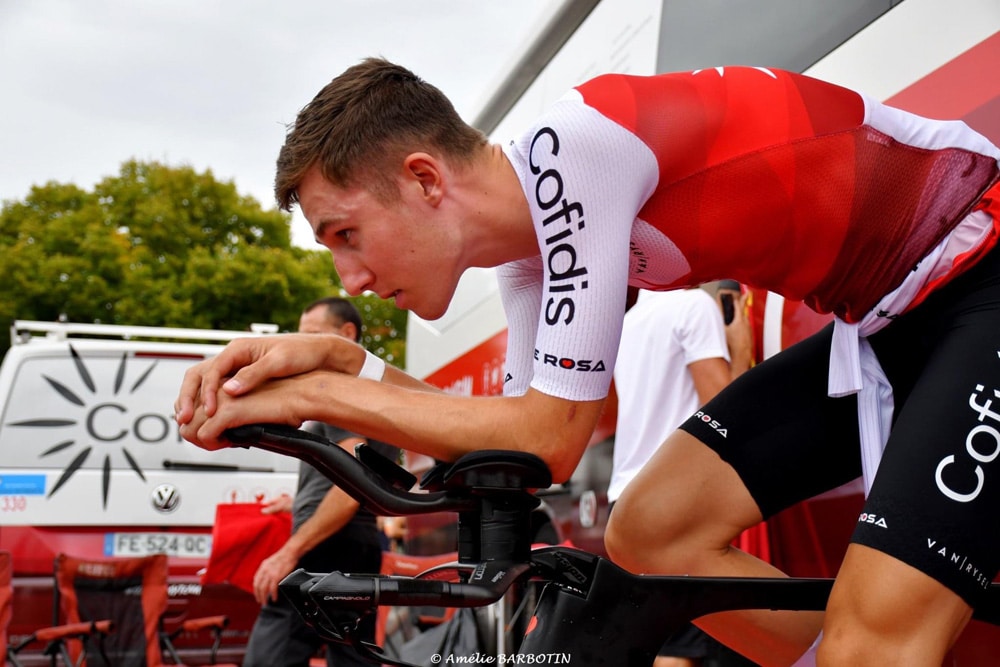 PEZ: Cofidis!
I did quite a few races in France and Spain where I was getting solid results; Cofidis have a relationship with Aix and I did a training camp with the team. They offered me a stagiaire ride and I got rides in the Tour du Limousin, Tour Poitou-Charentes, Skoda Tour Luxembourg and Tour de Vendee – after those they offered me a contract. 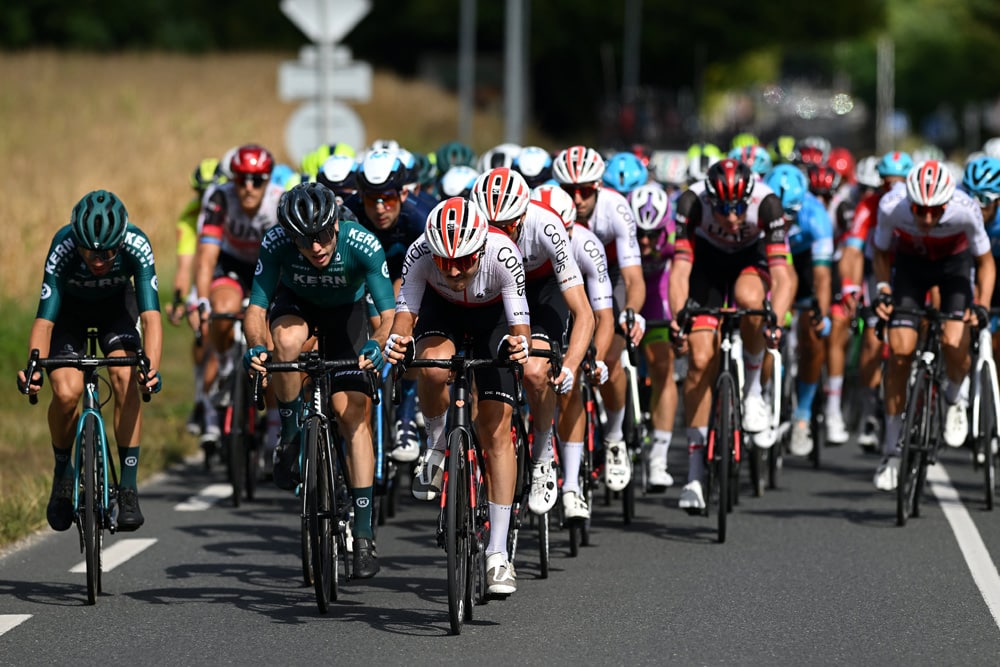 PEZ: But you were worried that you might not get your stagiaire opportunity due to a bad crash you had?
That was in Stage Three of the Nations Cup, Course de la Paix in June, I ended up with a broken collar bone and eye socket, massive bruising and concussion; I thought my season was over. But once I was out of hospital I got in three or four weeks of training before Limousin, it went okay and so did the other races I rode with Cofidis. In Luxembourg I did a lot of work for the team and in Vendee I was on the front for about 160 kilometres working for Bryan Coquard who went on to win. 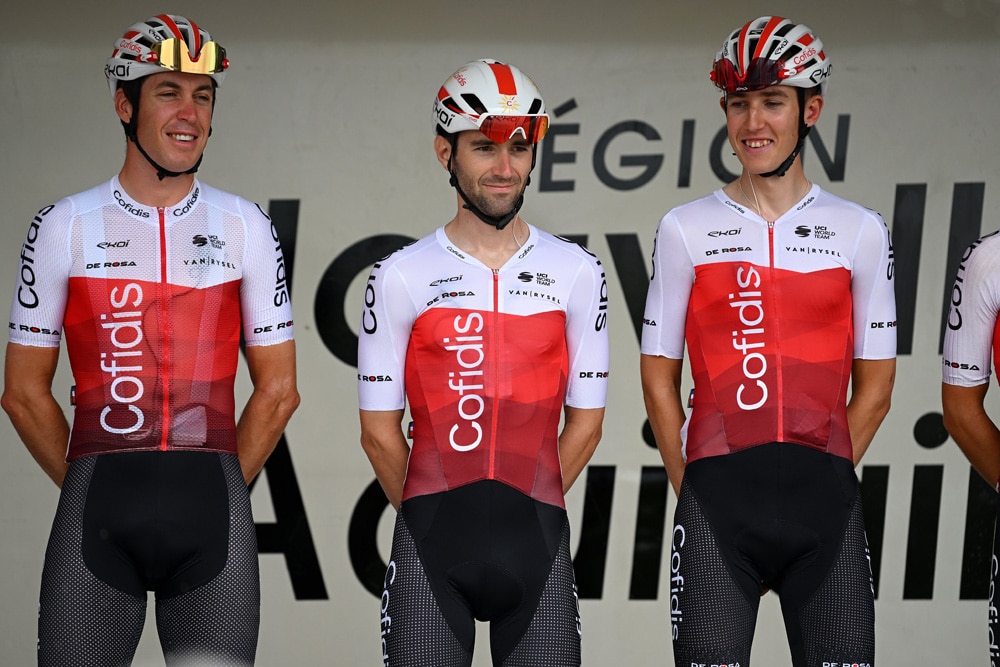 PEZ: Even as a stagiaire you had a specific job to do, then?
Oh yes, in Vendee we were setting it up to end in a bunch sprint for Bryan, so I had that big job to do on the front. In the other three races my job was keeping the guys out of the wind.

PEZ: Lessons learned already?
It’s a lot harder, longer distances and in the peloton they ride much closer together, elbows touching, everyone is such a good bike handler. At the kind of effort you’re making in the finals, if it was an u23 race there would be maybe 10 guys left but at World Tour level there are 60 guys still there. 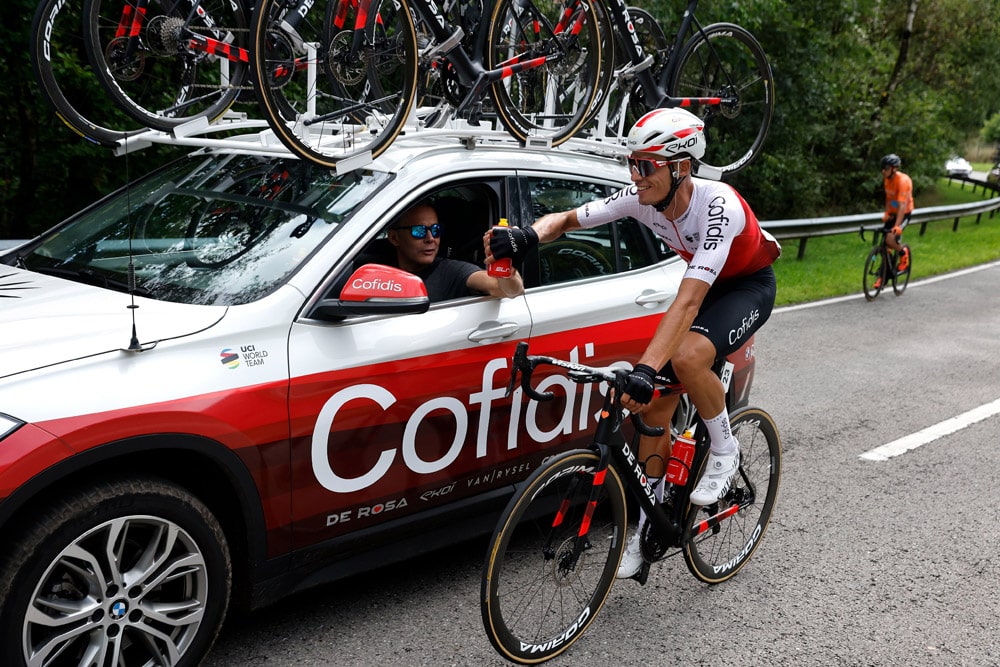 PEZ: Do you feel well accepted in the team?
Definitely, I feel like I’ve been on the team for years. Guillaume Martin was at Limousin and was very helpful, giving advice to me – Ion Izagirre and Benjamin Thomas too, very nice, good guys, giving me advice.

PEZ: Those De Rosa machine look nice.
Yes, they’re cool, especially with the Campagnolo groupsets and Corima wheels. And when I joined I got a big bag full of clothing – it was like Xmas all over again! 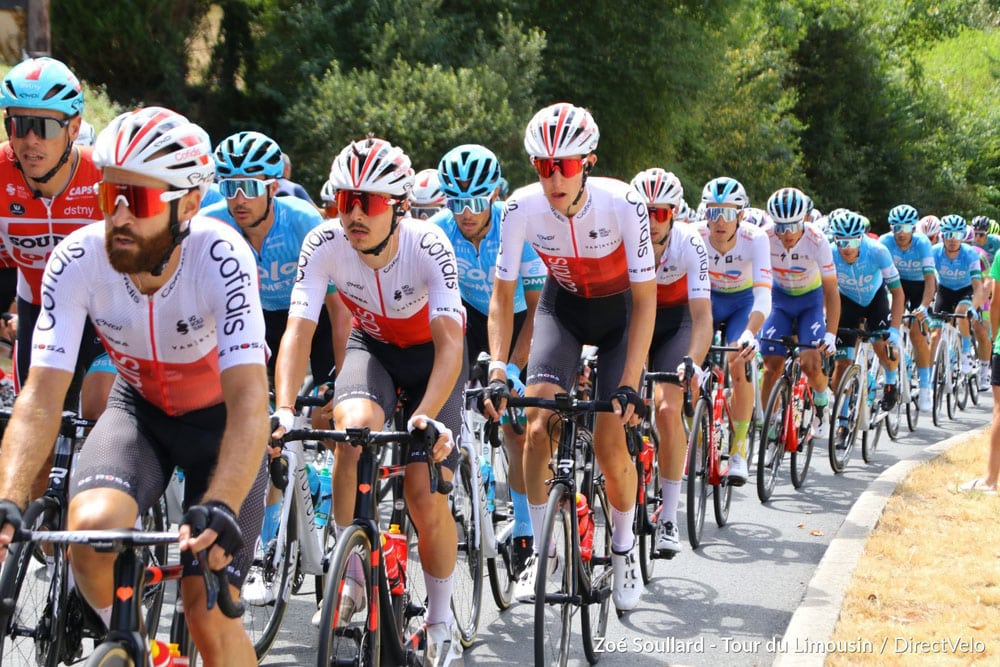 PEZ: How’s the language going?
I was with Aix for a couple of years so whilst I’m not fluent I can understand most of what’s said and can contribute – folks are saying my French is good, so that’s nice to hear.

PEZ: Going back to your u23 palmarès, remind us of your results.
I had 3º in Essor Basque-Ronde du Pays Basque; 5º in Vienne Classic; 2º in GP Saint-Etienne Loire; 3º in Stage 1 Circuit de Saône-et-Loire; 1º in Stage 4 Circuit de Saône-et-Loire; 1º in Stage 2 Vuelta a Bidasoa – that’s a big u23 race in Spain, Mas is a previous winner; 2º in Stage 2 Vuelta a Navarra; 2º in General Classification Vuelta a Navarra – another big Spanish race which Richard Carapaz has won in the past. The good thing this year is that I’ve displayed consistency. 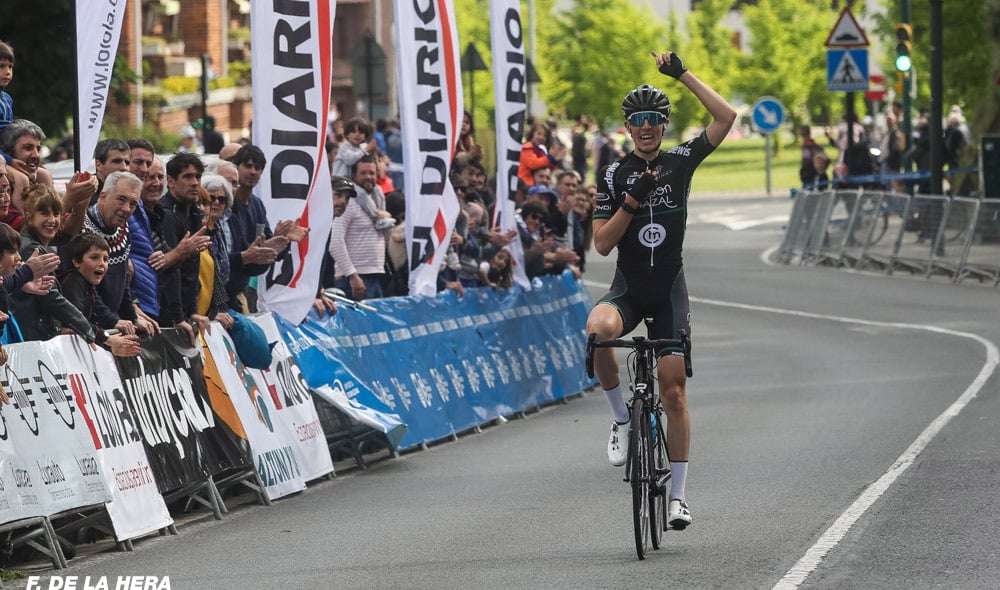 PEZ: Tell us about your coaching.
This year I was back with Conrad Moss – he’s been instrumental in me making this big step up, he coached me before I was with SEG – the coaching at SEG was ‘in house’ – and it’s been great. I’ve been with him since he was 15 or 16 years-old so he’s someone I can trust – we go training together when I’m at home. But now that I’m with Cofidis I’ll have a trainer from within the team.

PEZ: Will you continue to live in Aix?
Yes, it has good weather and good roads and I want to minimise changes – there are enough changes going on in my life right now. 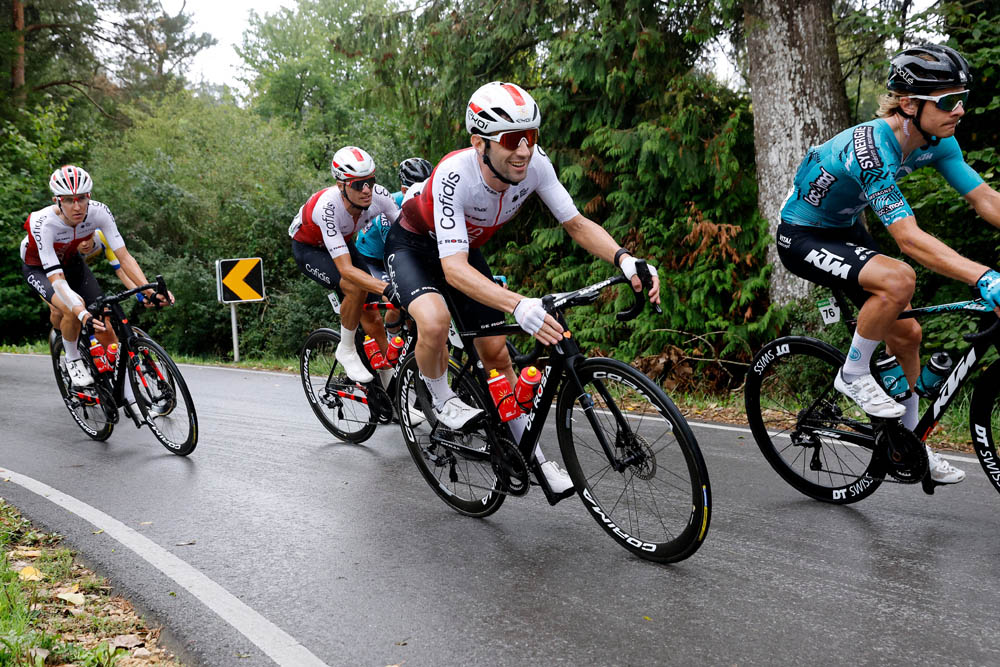 PEZ: And you have an interesting programme to close the year.
Yes, I hope to ride Paris-Bourges, Paris-Tours and the Japan Cup, which I’m looking forward to, a great way to close out my season. In a way it’s a shame the season is ending, I feel I’ve been getting stronger with every race. 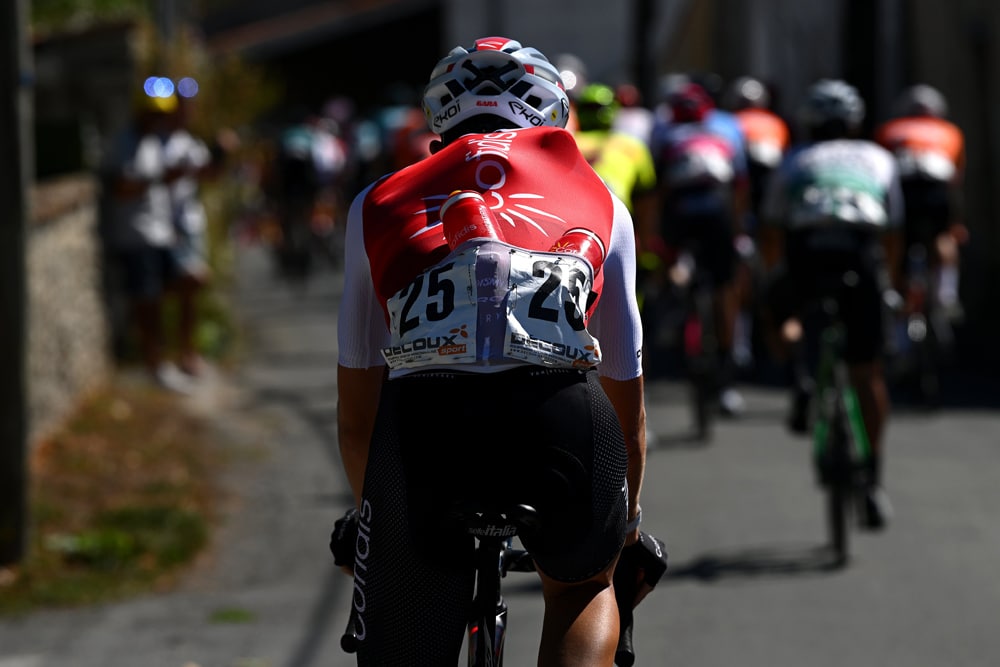 # Thanks for the Cofidis photos. #

Most Famous Races in Cycling