Haut Var: Inside With Evan Oliphant

Another weekend of hard racing in February and it’s apparent that the French teams have done their homework over the winter. It was AG2R and FdJ who did a great job reminding us all that they’ve put in the cold, tough wintertime work. Endura’s Evan Oliphant was on hand enjoying the early season festivities. Read on! 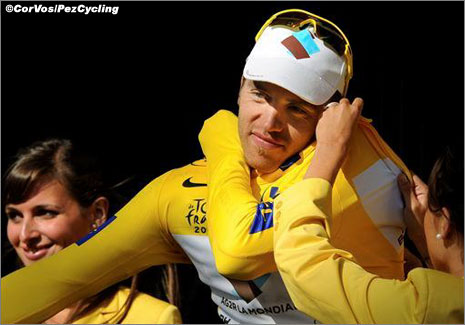 Endura could have done with some of the luck from those F des J clovers; Evan Oliphant was there to witness the punctures and crashes that blighted the second race of the Scottish team’s continental adventure.

PEZ: AG2R have hit the ground running, Evan.
Evan: Yeah, they rode all of stage two on the front – until we hit the big climb with 40 K to go and it fragmented. You can see they’ve put in a good winter, they covered everything until the climb. 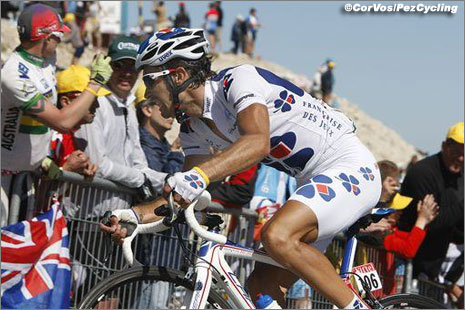 PEZ: Was the weather any better?
Evan: It was sunny, I rode in shorts both days but it was down to minus three over that big climb on stage two and I was freezing on the run in.

PEZ: Stage one?
Evan: We had loads of drama – Davie Lines punctured after the first climb and didn’t get back; Gary Hand was dropped in the crosswinds; Scott Thwaites crashed at the feed but got back on; but just as he got back, Jack Bauer crashed heavily, they took him to hospital and kept him, over night. Me, Ian Wilkinson, Rob Partridge and Alex Blain were all still in the group, but then Wilko hit a wall and wrecked his rear gear mechanism – and I punctured! I nearly made it back, I was in a group of 20 guys but as we were making the junction there were riders getting dropped and we couldn’t quite get on – it’s a pity because I was feeling really good. 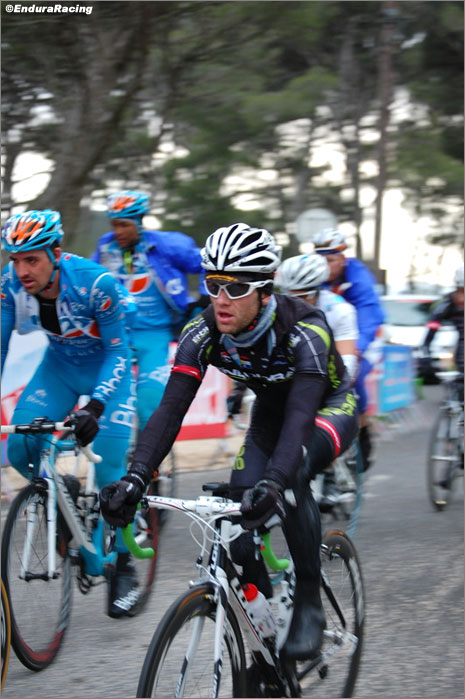 Evan Oliphant in action in France.

PEZ: Stage two?
Evan: Our race was going to be to the big climb – that was 15 K long – so we tried to get in a move but we didn’t make it. AG2R controlled it all day, until the climb, it was never savage, but never easy, either – it blew apart on the climb.

PEZ: How’s Jack?
Evan: He was out on his bike yesterday and today; he’s been looking very good in training but he’ll have to get used to the cold weather and he’ll probably still be a little jet lagged from the flight from New Zealand – it usually takes about a week to get over that. 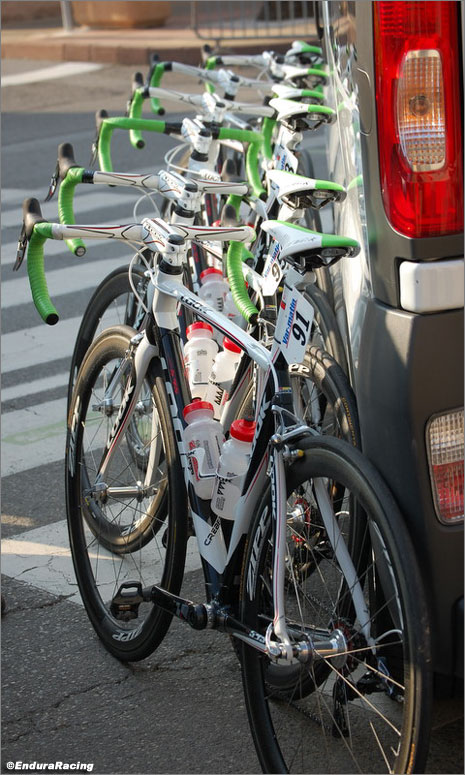 The team’s stable of LOOK bikes paired to the fastest wheels around, Zipp.

PEZ: I see Ross Creber, James McCallum and James Moss didn’t ride at Haut Var.
Evan: Ross had a bit of a cold, James Moss hasn’t fully recovered from his crash and besides, management wanted other riders to get the chance to race.

PEZ: Rob Partridge finished well on Saturday.
Evan: Yeah, I was with him when I punctured, I’ve finished with him – it was flat on the run in over those last 25 K. 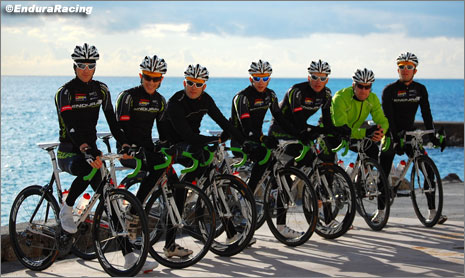 The team with the beautiful Mediterranean as a backdrop.

PEZ: Rob Hayles hasn’t been riding?
Evan: He’s been in the car; him and James McCallum are off to Singapore to ride a big money criterium, there.

PEZ: How’s morale with the guys who were DNF?
Evan: Gary Hand’s still a little ill, him and David Lines are going to Lanzarote to train – they’re not riding Murcia. Scott Thwaites is still a little under the weather after his crash.

PEZ: When does Murcia start?
Evan: A week on Wednesday, we’re going to drive across there, stopping off at Barcelona and training as we go. There’s a 20 kilometre time trial in Murcia, so we’ve got our TT bikes over – it’ll be good to try them out. The race is over five days, but that time trial is short, so really it’s only four days. 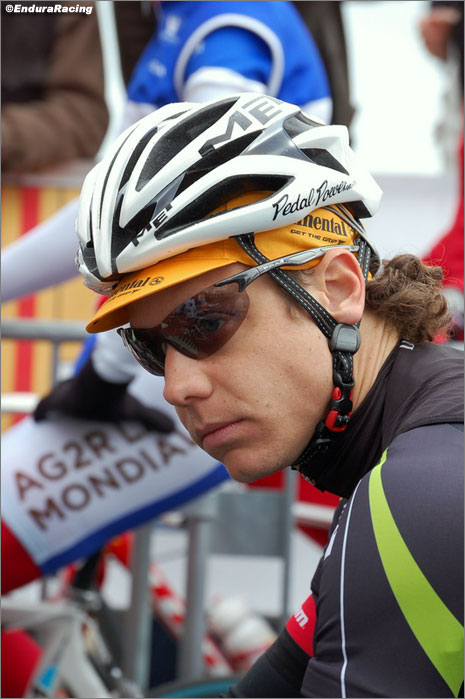 PEZ: What’s after Murcia?
Evan: We’re back to the UK for the first big race of the season – the Premier Calendar event, The Tour of the Reservoir. Alexandre Blain has organised a race in France for us between then and the big race at Easter – the three day in South West Scotland. It’s all up on the team website.

PEZ: How’s Team Sky looking?
Evan: I remember when I was with DFL we would get a bit of hassle; guys not letting you into the string and such like – Endura has had none of that, but Sky have! It’s their B team here, but they certainly don’t seem to be very popular.

PEZ: The Med and Haut Var – a good value experience or a bludgeoning?
Evan: Personally, it’s good, I’ve got round all these hard stages without too much of a hammering – when I recover, I’ll have good form for the UK races. And for the young guys – it’s an eye opener, let’s them see how much they have to learn!

***
We’ll be talking to our man in the peloton again, after Murcia. Meanwhile, safe journey to Spain guys and thank you for the insights, Evan.

Toolbox: Getting the Most Out Of Training Camps

Top Rides: The Gavia Plus Snow